The purpose of this guide is to provide tips and tricks to make the most of Rustler’;s fighting system and help you win the 20 arena fights.

Alors, let’;s start off with some tips on how to make the most of your fights. These of course will apply to the MMA fights but can also be useful when fighting other enemies.

Arena 1 can be found in the city above your hometown and should be available very quickly. I strongly suggest acquiring the house nearby as a convenient save location so you can save/load if you die. 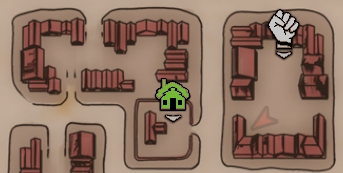 Pretty easy fight. Block his attacks and power attack to get through his guard. Start hitting before he fully gets up to get him caught in the stagger and get a few more hits in.

Sword likes to swing if you’;re close and not blocking. You can block just as he’;s about to attack to stagger, and get a few hits in. Don’;t be greedy and wait for bleed to safely lower health.

Same as Fight 2, except he has a better block.

Spear can be blocked, but be careful as they tend to attack in quick succession.

Halberd basic attacks can be blocked and then you can trade 2-3 hits. Dodge heavy attacks. You can think of a halberd as a sword with extra reach and no block.

Same as Fight 1 except 2v1. Position yourself so that one of them is blocking the other. Charge your fist and knock the closer of the two down. As they are starting to get up, start punching so that as soon as the invincibility frames are over, they get hit. Repeat until both are dead.

Deceptively easy fight. The halberd cannot block so you cannot play safe. Position yourself so that one of the enemies is blocked by the other. Fixez l'ennemi le plus proche alors qu'il se défend avec son bouclier. Dès qu'ils commencent à attaquer, attaquer aussi. Même s'ils te frappent avec la première attaque, your attack with stagger them allowing you to get 1-2 more hits in. Repeat until both are dead.

This fight is significantly harder than the others. Avoid the Sword as she likes to power-attack which can lead to a fatal combo. Use positioning to keep Sword behind other enemies. Spear is the easiest to kill as she will just use basic attacks which can be blocked and you can attack while she is staggered. Employ the same tactics of positioning enemies behind one another and using the stagger after a block to get some hits in. If you get caught by a swing from Sword your instinct will be to block but you have to dodge as her hits stagger which delays your block.

Arena 2 is found within the Tournament Grounds which will be the setting of the end of the game. as mentioned in the fighting tips above, I suggest waiting until the end of the game to start these as you will have a convenient save point and all the skills you’;peu importe l'étape du jeu que vous. 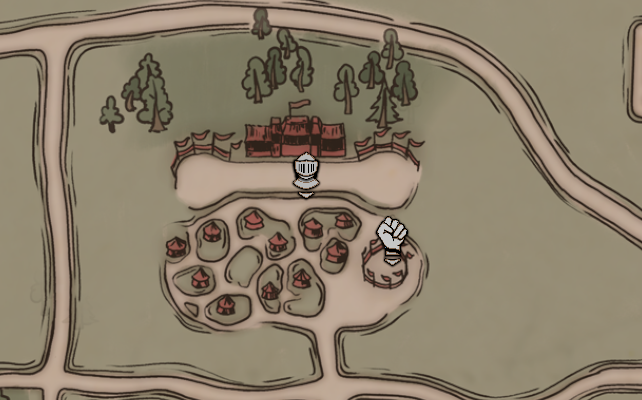 This fight was missing from the game initially and seems it was just getting skipped. It is so easy that it might as well still be. Fists can’;t block swords so just go to town on him.

Same as Fight 8 but even easier for some reason.

Pretty easy fight. Stand still without blocking. When an enemy approaches, start attacking before they get in range and they’;ll run right into your attack. Mind your stamina. Remember that dodging does not use up stamina –; but it does halt its regeneration!

To avoid the xbow bolts, wait until they fire the projectile and dodge –; dodge gives you invincibility frames. Rush one Crossbow at a time –; they will switch to Stick if you get close, so try to approach while they are reloading for a free kill. Once the Crossbows are dead, the rest is like Fight 4.

For some reason the enemies are very weak –; 3 hits will kill them. The fight is similar to Fight 2 or 6, except there’;s 4 enemies. Just position yourself as you did in Fight 7-10 and fight them one at a time.

Fight 16: Lords of the Round Arena –; Spear vs 2x Sword/Shield

These enemies actually use more advanced moves but ironically this makes them easier to fight. If you try to use basic attacks they will block and retaliate so don’;je ne fais pas ça. If you hold block they will power attack so dodge away if that happens. Stand around and as they start an attack block it and retailiate with 2 hits. Repeat until both are dead (mind positioning).

Fight 17: Knights of the Crossbow –; Auto-Crossbox vs 5x Crossbow

Pretty easy fight. You can kill two of them before they even start shooting you, and you can reload at the same time they do. Dodge their shots. Note that if you dodge between reloading the 3/4 shot you can actually skip a bit of the animation meaning you have an extra 0.5sec or so to act.

As soon as the fight starts dodge towards the Crossbow so he switches to Stick. You can quickly kill him before the others react. Next priority should be Spear/Halberd. Both like to rush you so just attack preemtively as they approach and they’;ll run into your attack. Avoid Sword until the end unless he rushes at you without blocking, in which case again attack preemtively.

Slightly better moves and more HP. She will sometimes charge an attack instead of using basic attacks, even if you’;re not guarding. Prudent, as your AA won’;t stop her charged attack and you’;ll lose the exchange. Sit around, wait for her to approach, block her AA, retaliate and repeat. If she uses a charged attack instead of an AA, dodge instead.