Alors, you ever wanted to unlock all of the characters but didn’;t knew how to? well allow me to give you some tips to get them all!

1: Mumba
Alors, Mumba is the easiest and quickest character to unlock in the game, all you need to do is to get to the laboratory floor (The 4th one) and find a room with a giant blue vile on the middle, break it and you’;ll see him pop out the vile. 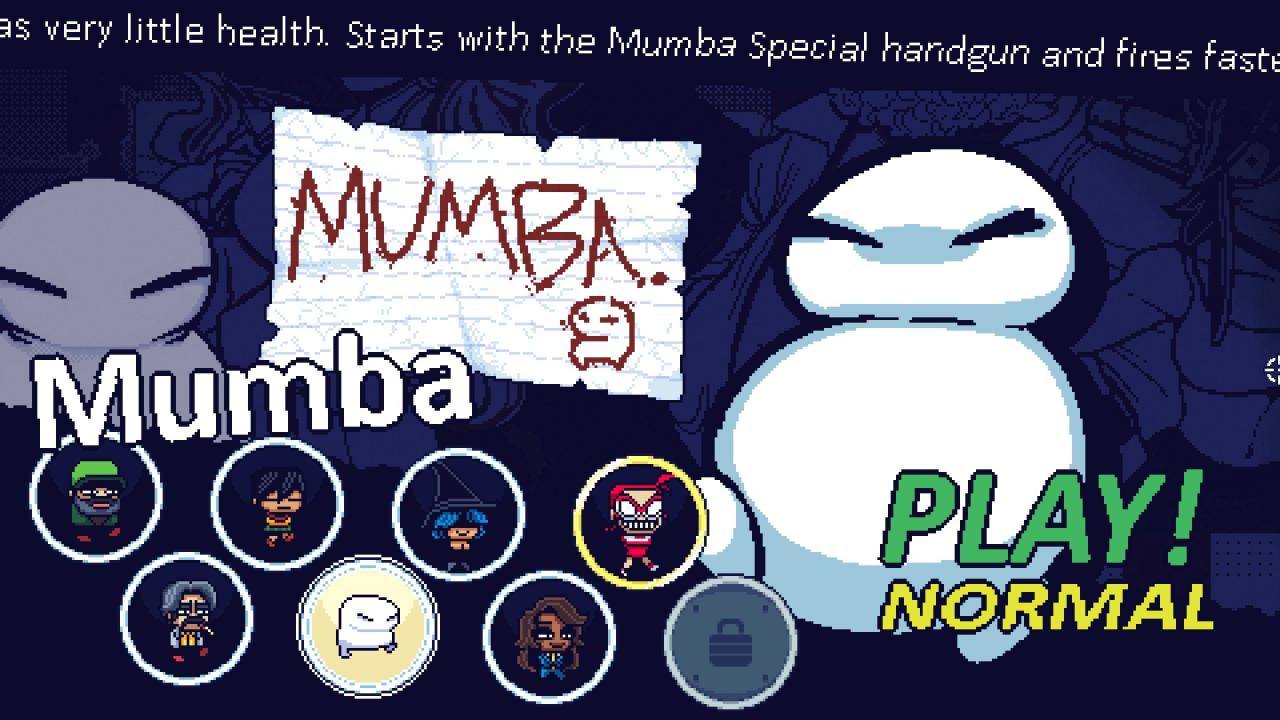 Breaking him free will get you the achivement “;The Experiment”;

2: Digby
Digby (My favorite character in the game lmao) Is also quite easy to get if you already know how to move around the mansion, all you need to do to unlock this fella is to buy every single map in the game, this can be done quicker if you scrap most of the weapons you get and save your money so you have 200 bucks for every floor you visit. 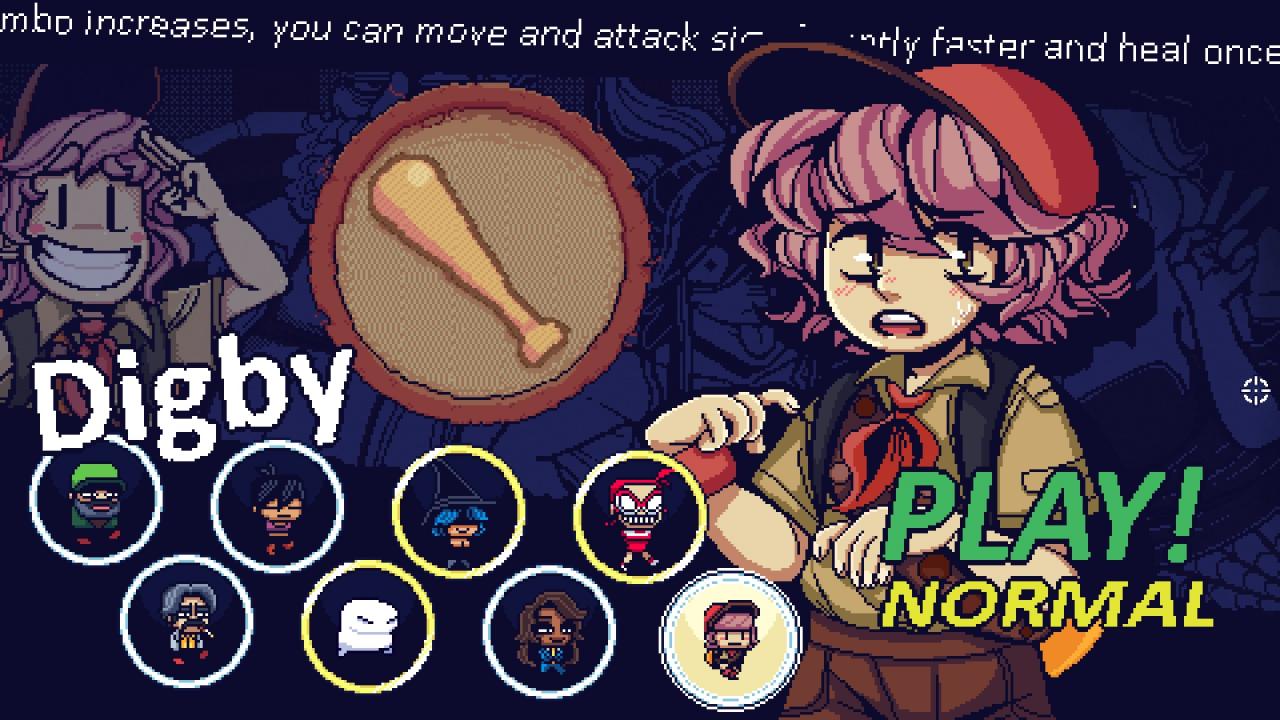 Once you get them all and beat the run you will get the achievement “;The Boyscout”;

3: Cordélia
Cordelia is the third unlockable character you can unlock, to unlock her all you need to do is to finish the game with Jeff and Jules: to do this i advice you to get 2 health upgrades on the first floor and 2 damage upgrades on the third one, you should also look out for explosive weapons or weapons that cover each character’;s weak points (Like Jeff having low dmg and Jules having low range) 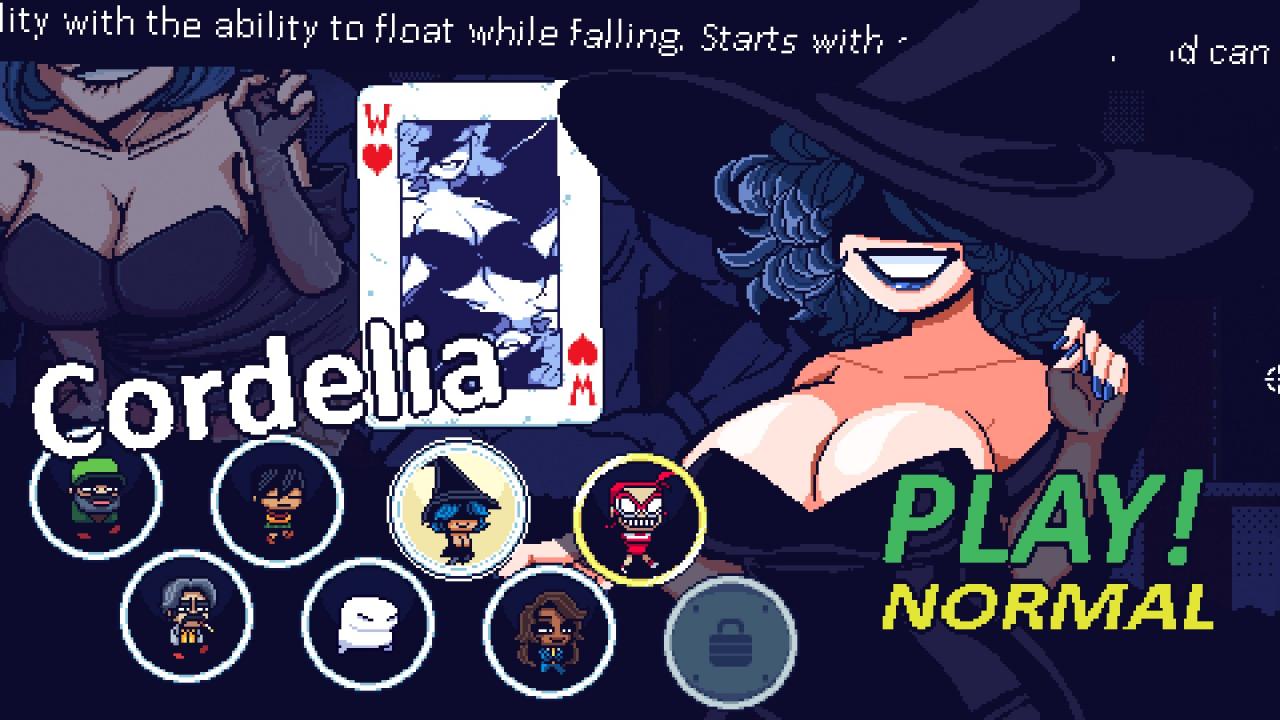 Winning the 2 runs will give you the achievement “;The witch”;

3: Fuji
Fuji peut être soit un morceau de gâteau, soit un personnage très difficile à débloquer, all you have to do to unlock her is to get 13 health in a single run, quelques conseils pour l'obtenir sont: 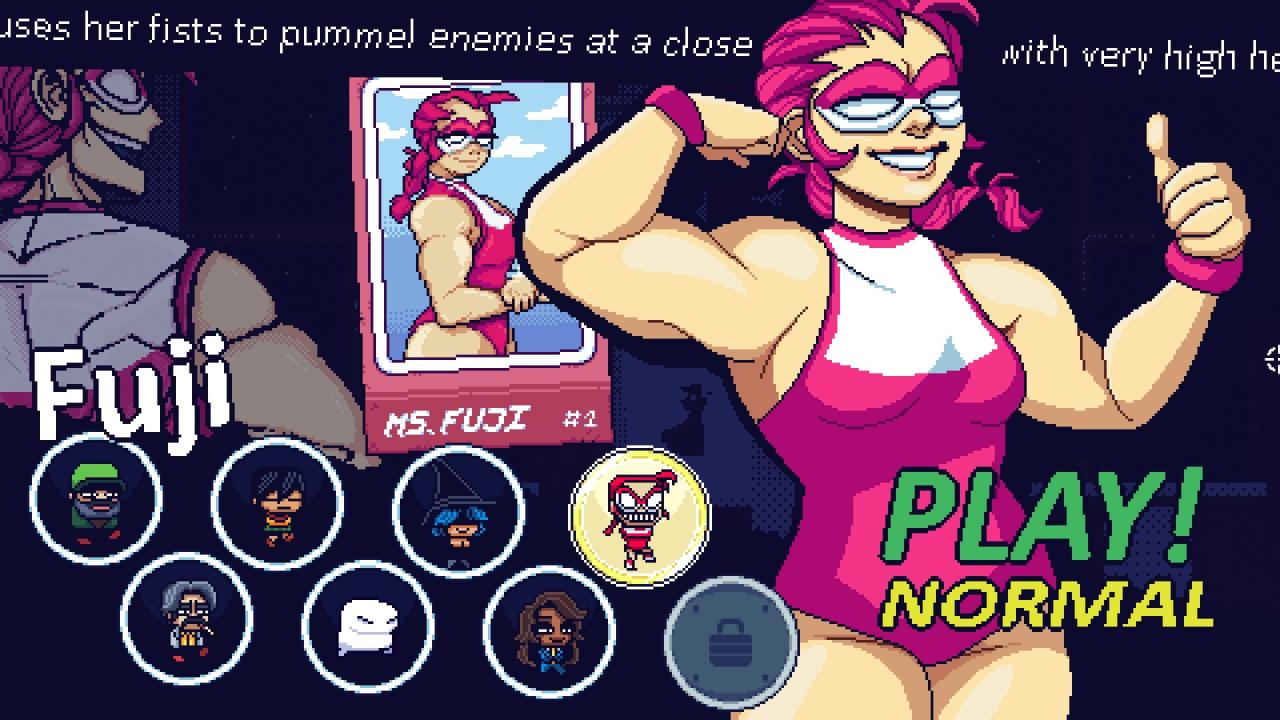 After you get the 13 hp upgrades the game will give the achievement “;The Fighter”;

4: Lydie
Lydia is one of the “;Harder”; Characters to unlock, to unlock her, you’;ll need to complete a normal run with 1000 bucks on you pocket, this can be done easier if you measure the amount of stuff you buy and scrap a lot of weapons, alongside going into the secret rooms and destroying every pot you find along the way. 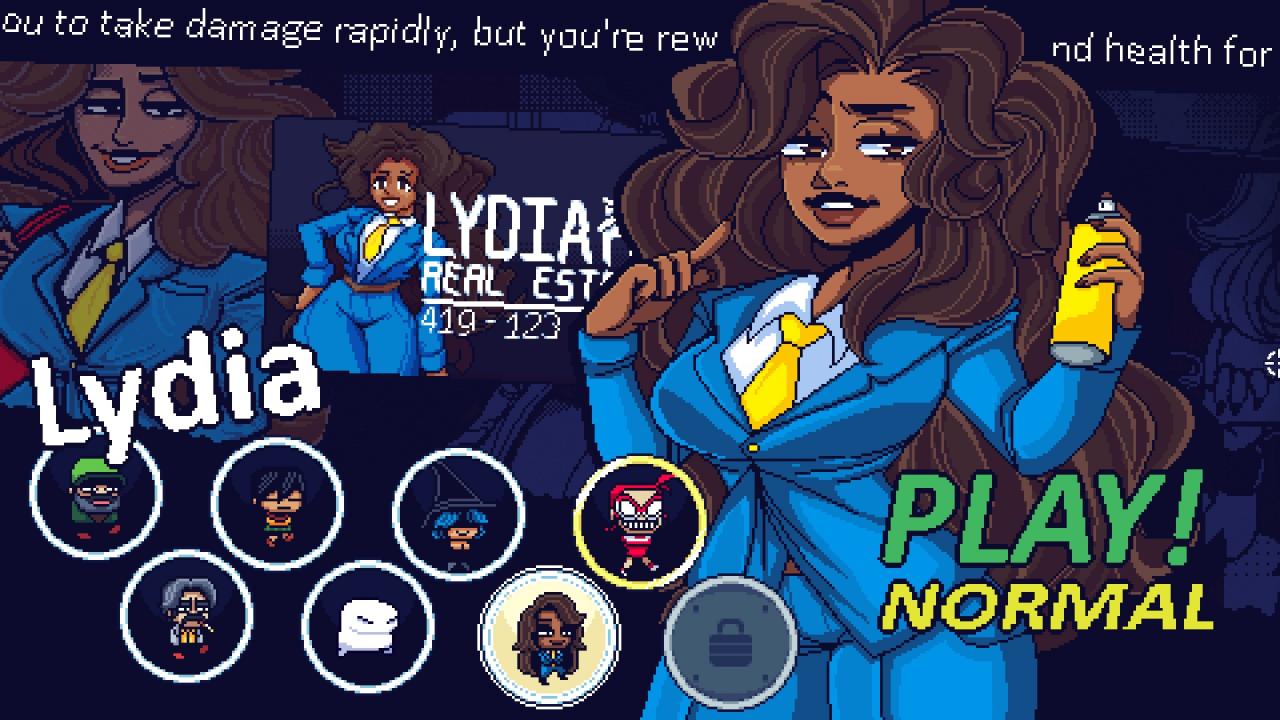 Once you clear the run, you’;ll get the achivement “;The Realtor”;

5: Louis
Luis might be the hardest character to unlock for new players, but ill give you some tips so its easier for some of y’;tous. Luis is unlocked after beating a looped run, to “;loop”; a run all you have to do is to throw yourself off the balcony (Last floor before the chunks fight) to fall into the first floor and begin the loop, you’;ll get the achievement “;Another Go-Around”; The first time you do this.

After doing this all you need to do is to beat the run normally and you’;ll unlock Luis, if you have trouble beating a looped run i have some tips:

1: Use a character you are comfortable with and you feel is your favorite.

2: After looping the run get all the strength upgrades on the first floor

3: Always have 600 bucks to spare in case you need an ambrosia to heal yourself (Items like the med kit can also be really helpful) 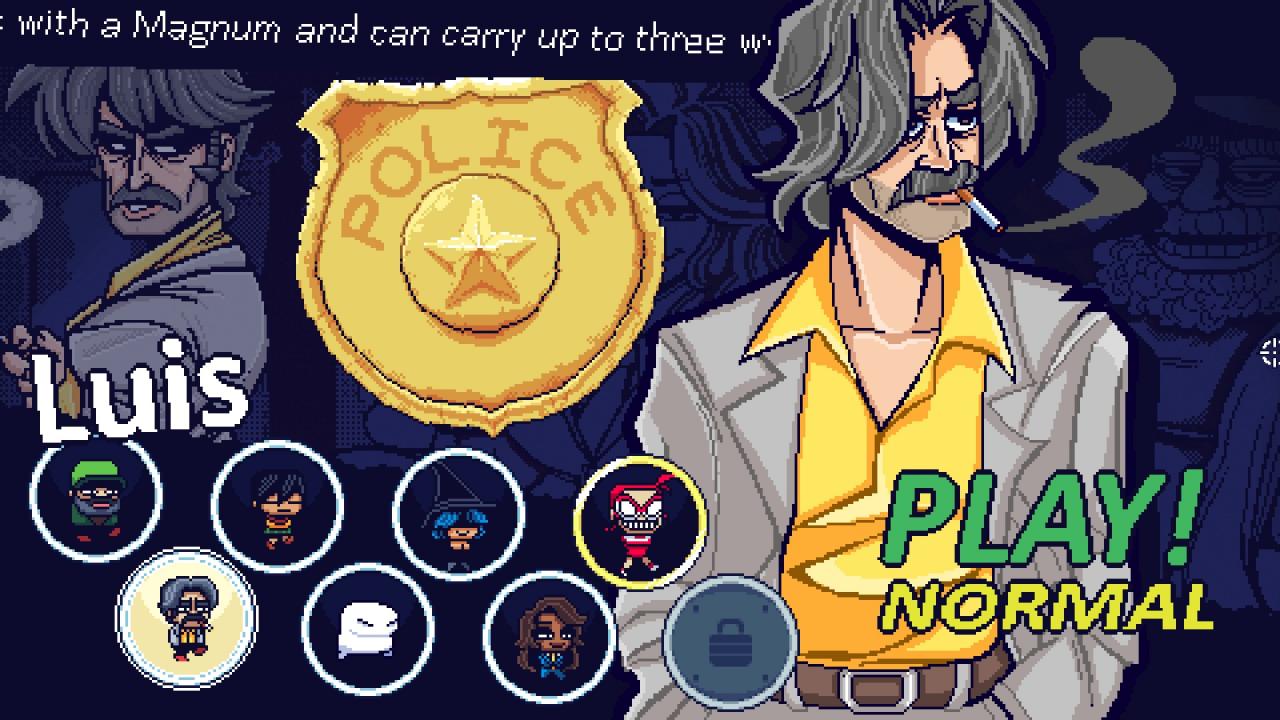 After beating the run you’;ll get an achievement called “;The Ex-Officer”;

“;The Gang is All Here!”;
Once you get every-single character in the game you’;ll get this achievement as a reward, now go get those characters!