This guide will help you find exactly where the thieves are in the dark wraith world for each location in Betrayer.
Killing thieves yields big rewards and contributes to an achievement as well as 100% game completion for the completionists.

In Betrayer, the thieves are skull demons that will rob a nearby treasure chest. When you find a treasure chest that is empty, this indicates that a thief is nearby in the dark world. Thieves may only be found within the dark wraith world (after ringing the bell).
They always spawn in the same exact location as indicated in the maps in this guide.

For some reason, killing thieves contributes to the 100% completion of each location. Your objectives for the area will update, indicating that the thief has been slain after killing the thief. Although slaying them mostly rewards lots of gold.
Thieves DO NOT respawn after they are slain — they will never appear in the area again after they’re killed.

Thieves do not attack you. They will detect you when you’re close and make noise so approach them with stealth or else they will take off running. When the thieves run, they will eventually disappear from the map and a message will display indicating that the thief got away. You will need to go back and ring the bell some more, in order to respawn the thief. Don’t worry the thief will always respawn in the exact same area so he’ll be easier to slay.

When you’ve successfully killed the thief, the message, “The Thief has been slain”, will appear on screen and your notes will update for the area objectives and collectible status.

Thieves look exactly like the crystal skull demons that attack you in the wraith world but thieves do not attack. They sound like the other floating vapor demons too, that is to say they will squeal like pigs when they’re alerted and grunt when they’re on their patrol. You’ll hear the sound of a swarm of flies when they’re near. Try not to run or engage in combat when you’re approaching them.

I’ve found that it’s easiest to kill them with a good musket because they move quickly and often there’s not enough time to get another hit on them. So, make sure that you are using a weapon where you can kill them in one hit. 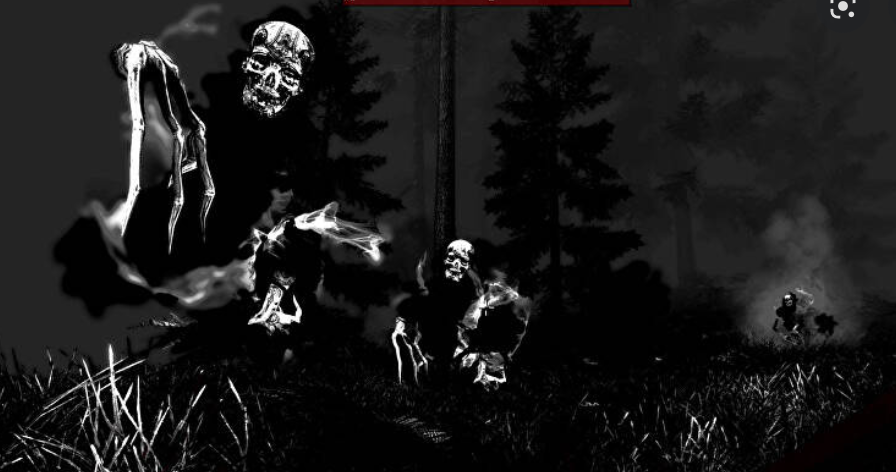 There is no thief in the coastal path area — also known as the tutorial map section of the game. This is the area where you start the game.

The thief is located to the north west of dod’s hill where the flute boy was slain. It’s the only skull demon that you’ll encounter in Fort Henry. 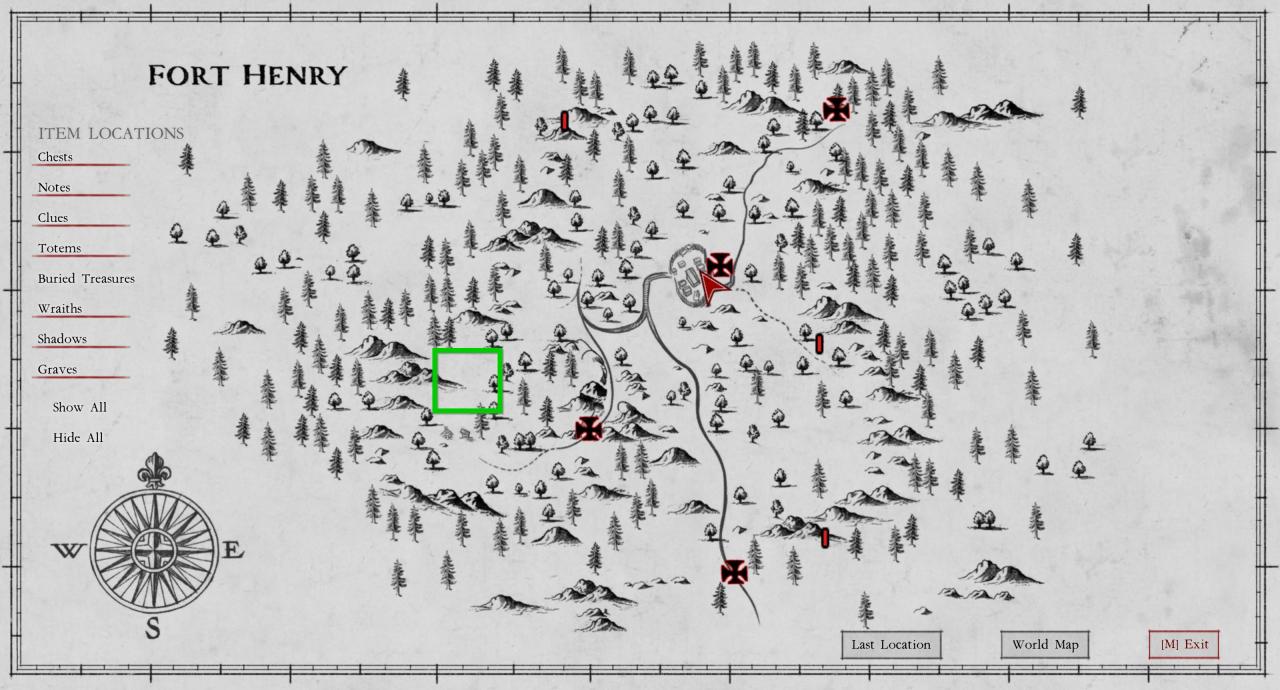 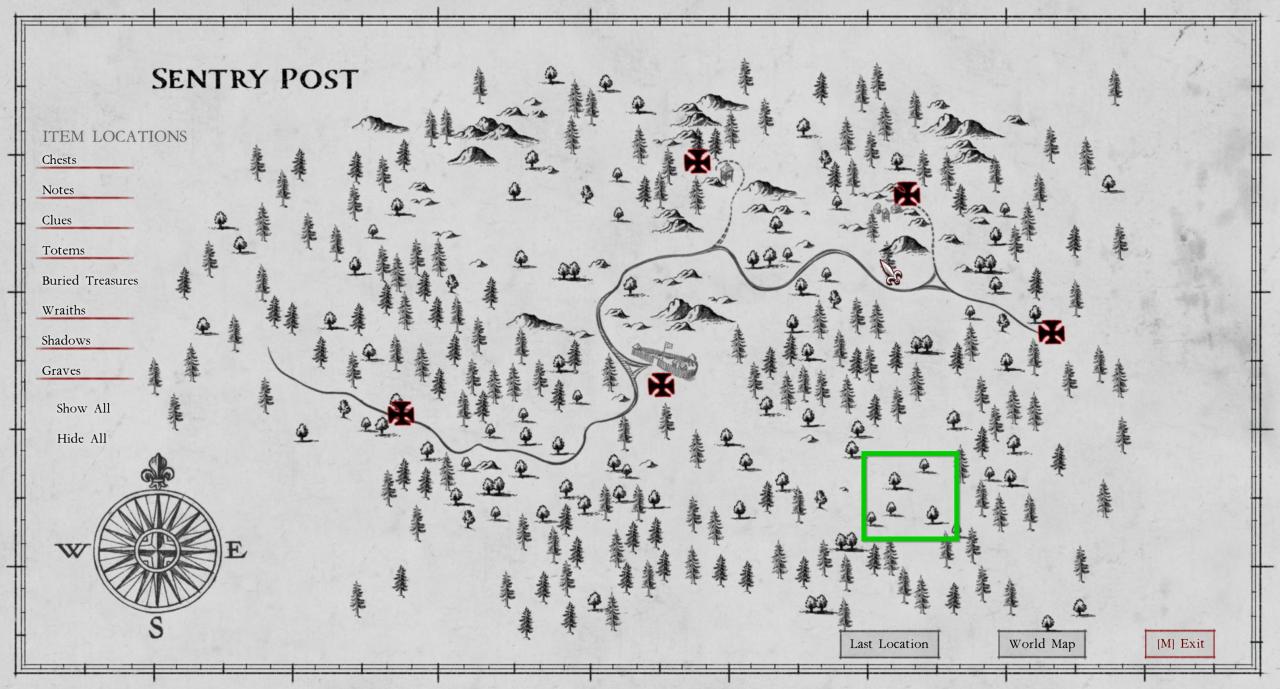 The thief is located within Fort Saint George. It should be easily found after a little searching after ringing the bell. 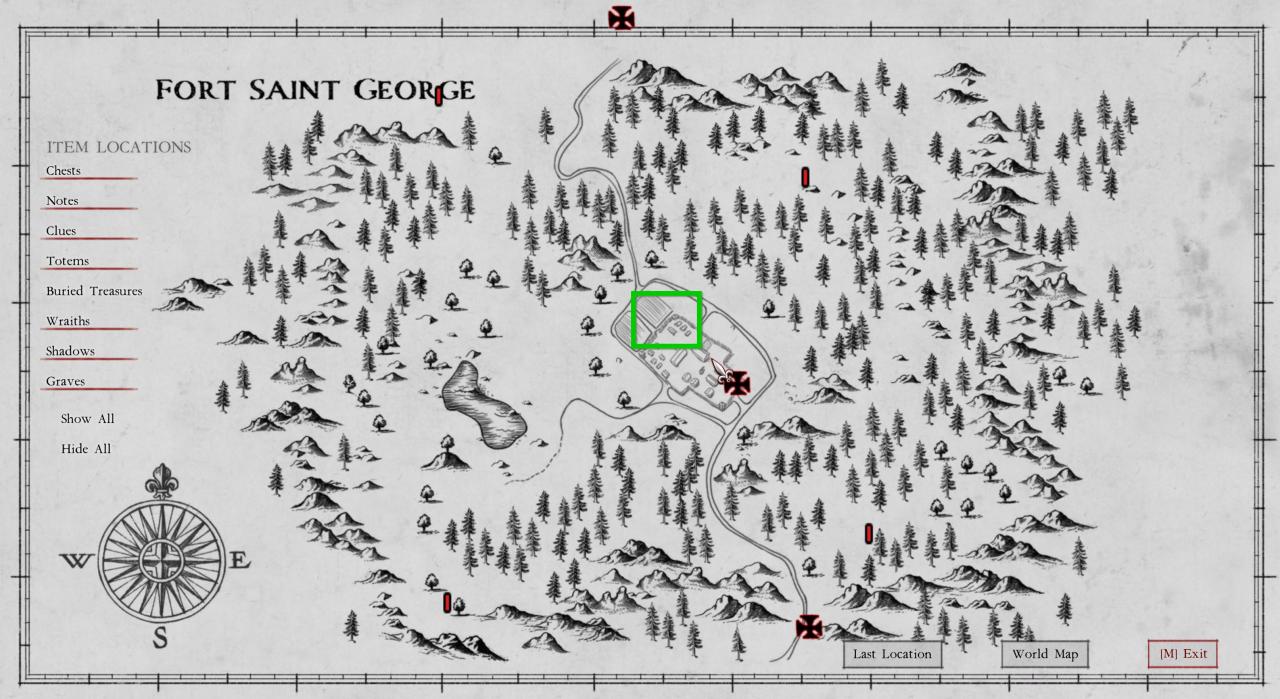 The thief is located in the middle of the remote village settlement in the south central part of the map. The fast travel point, that is closest to the thief, is called “Cabins”. Try searching the southern portion of the cabins area. 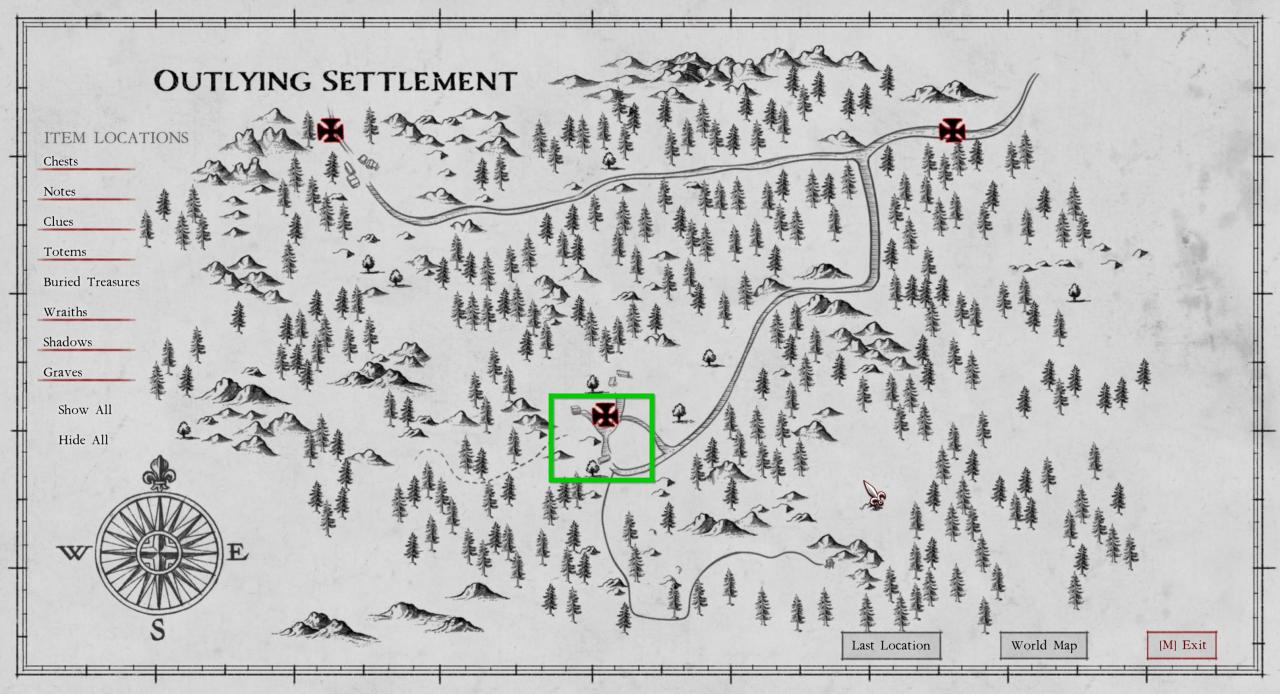 The thief can be found along the path south west of Fort Hope, closer to the west gate fast travel point. It can be located north east of the west gate point. Search along that path that connects fort hope and the west gate. 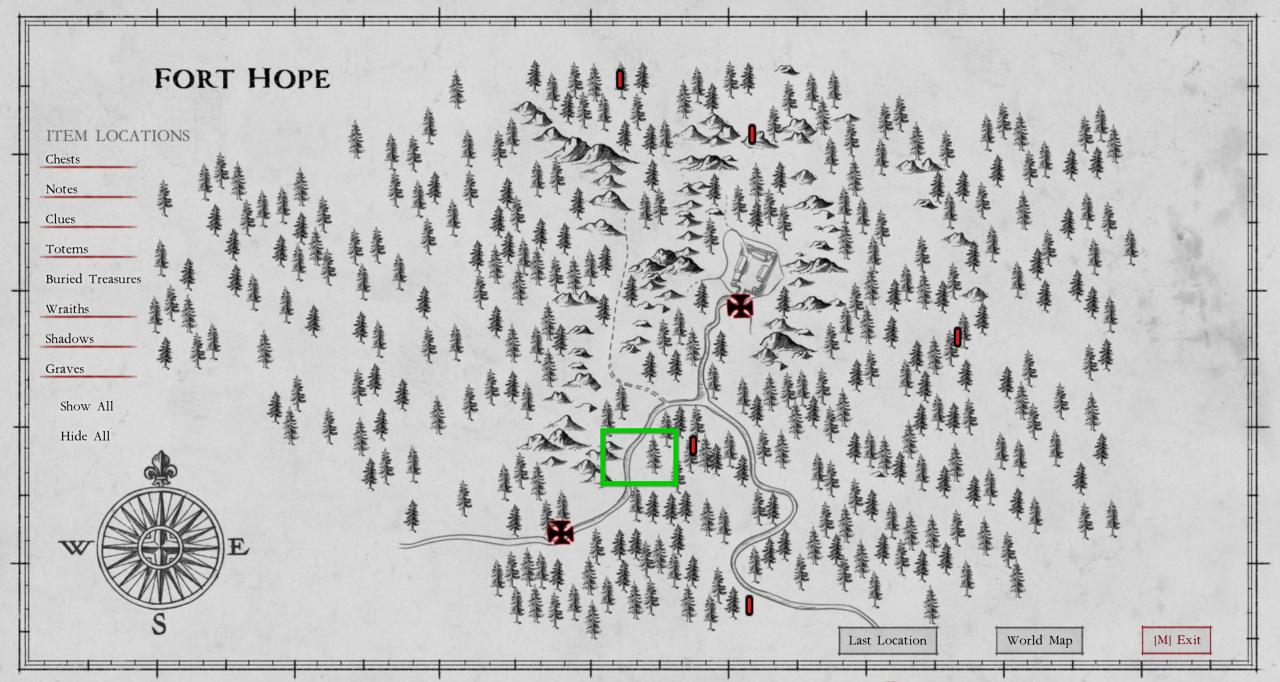 The thief is located near the crossroads where the western path leads to a small Indian natives village and the northern path leads to lone cabin where you can find Barnaby Burden’s wraith spirit. 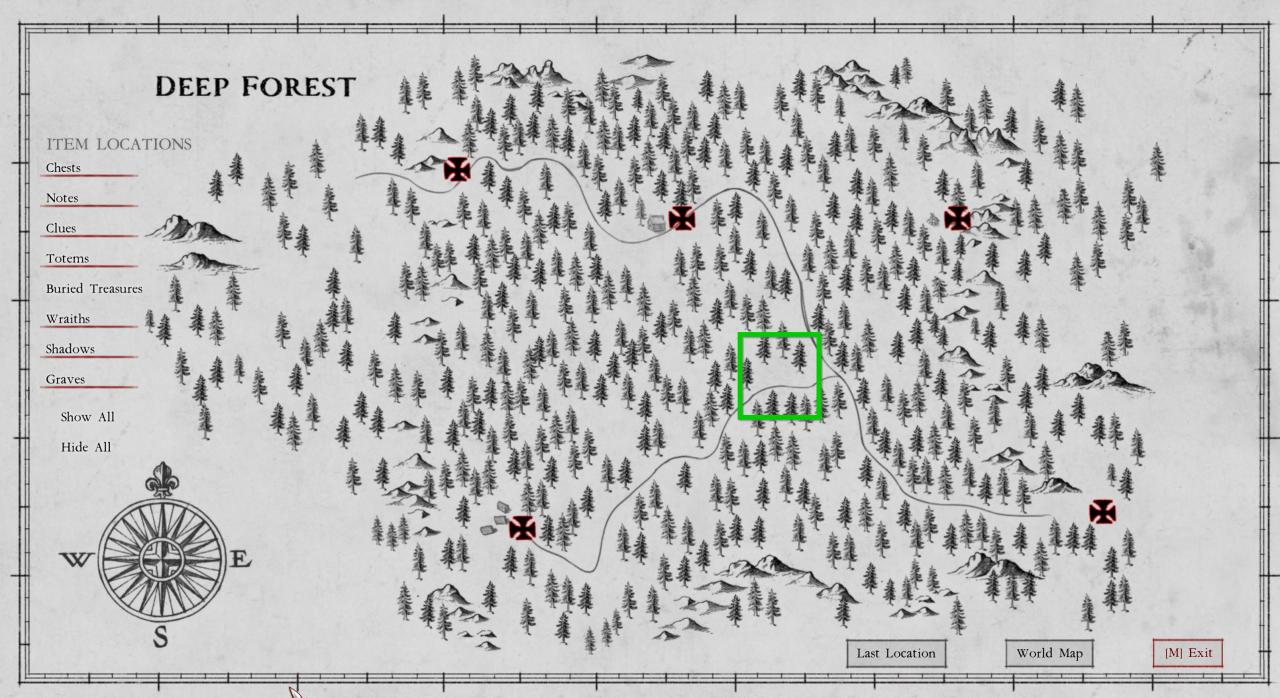 This is the final area in the game so this section contains spoilers.
The thief can be found in the far western section of the woods here, directly south of the burning maiden in the forbidden wilds. In other words, directly south of Tabitha Markley’s remains and/or grave.

If you’re having trouble, it may be easiest to find the burning maiden’s location and head directly south of her. 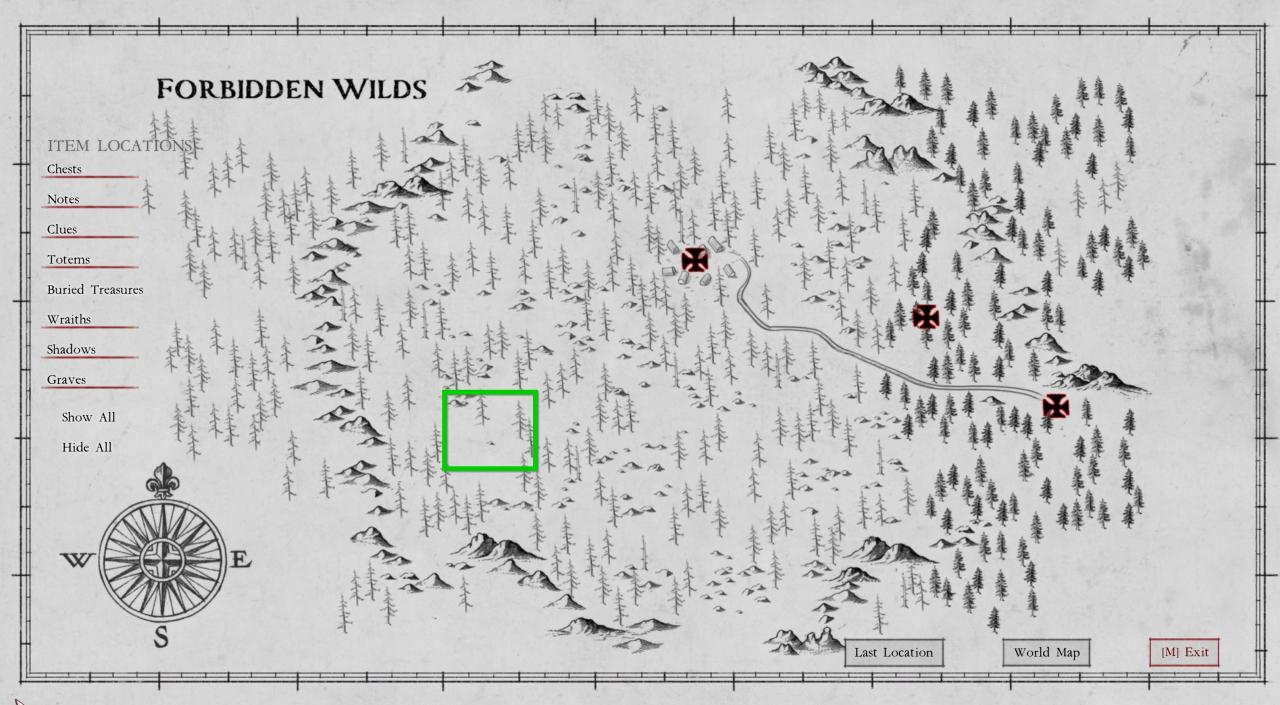