Rating all of the upgrades and gear for other new players.

This is one of the easiest achievement to get in my opinion. All you need to do is fight a boss only using melee. Basically never use magic and kill a boss with melee. I recommend the first boss in the game to beat to get this achievement because he’s well really easy to beat! 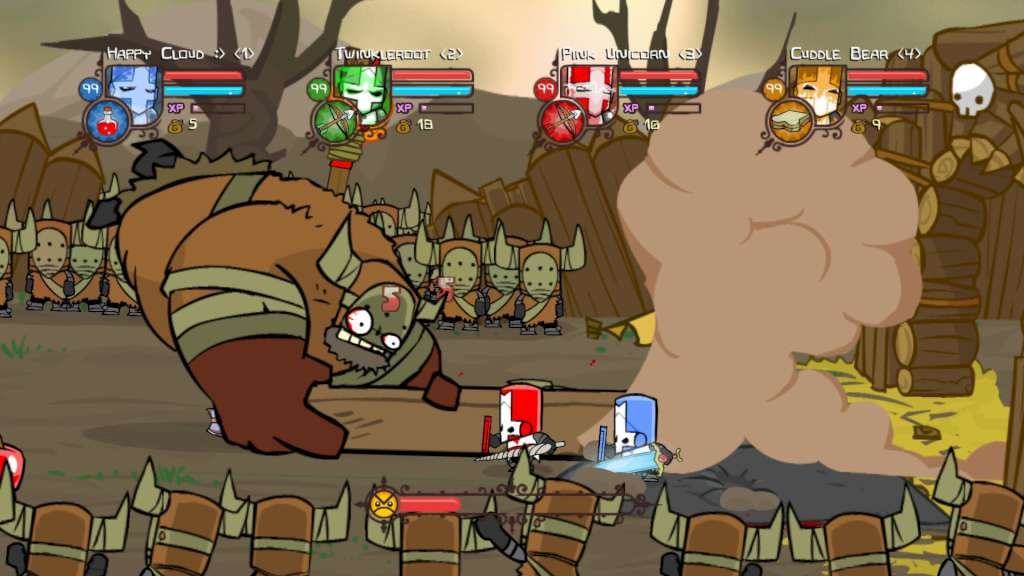 This is obviously the second easiest achievement in the game. inside of the windmill part of the game where you escape a monster and ride the deer just don’t hit the walls or logs that speed by (or hit the monster himself). If you do have trouble with this part, Follow the npc deer because they will never get hit. but if you play with people look for light in a shape of a cone when a wall is coming and stay right next to the left of the screen because the monster only moves with the screen so you just stick to the left of the screen to give yourself more reaction time to jump over the logs. 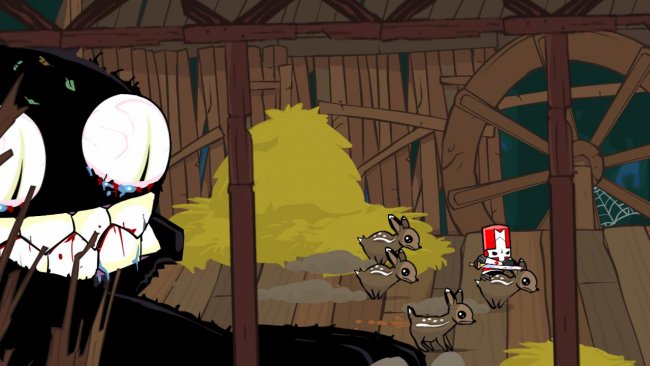 Basically when you fight and beat the arenas (in single player) found in each “world” of the game you will get a character.

For example when you beat the first arena on the left of spawn you will unlock the Barbarian character. It is hard I know but just level up and play the game!

If you fight the first boss with the Barbarian character you will get this achievement!

This achievement is easy if you have a friend or 2nd controller. basically have your friend or 2nd player Complete the Home Castle through Barbarian Boss areas attacking enemies while you don’t attack the enemies . 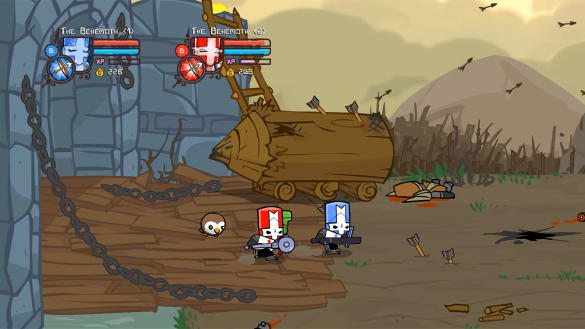 This achievement is simple because all you need to do is Complete the game using any character. 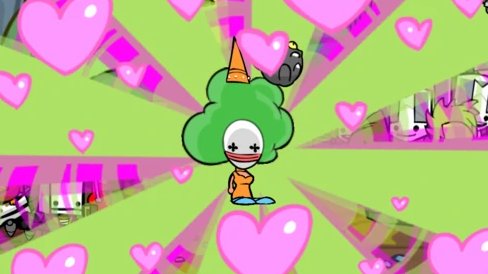 Basically in Flowery Fields there is a catapult that you need to use with a timing thing. basically hit the button when the bar is full and you will get this achievement 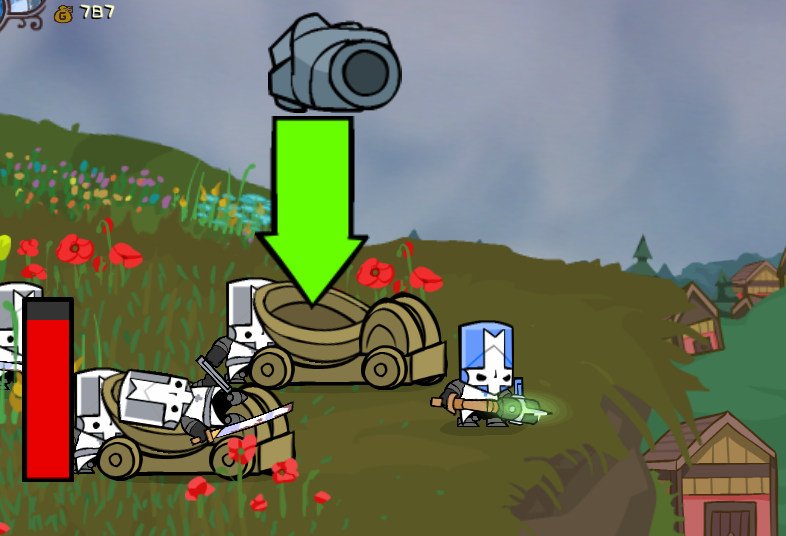 The answer is simple when your completing the game you will come across a shovel in one of the levels. Inside of the game there is x marks around different levels just find and dig up ten buried items. 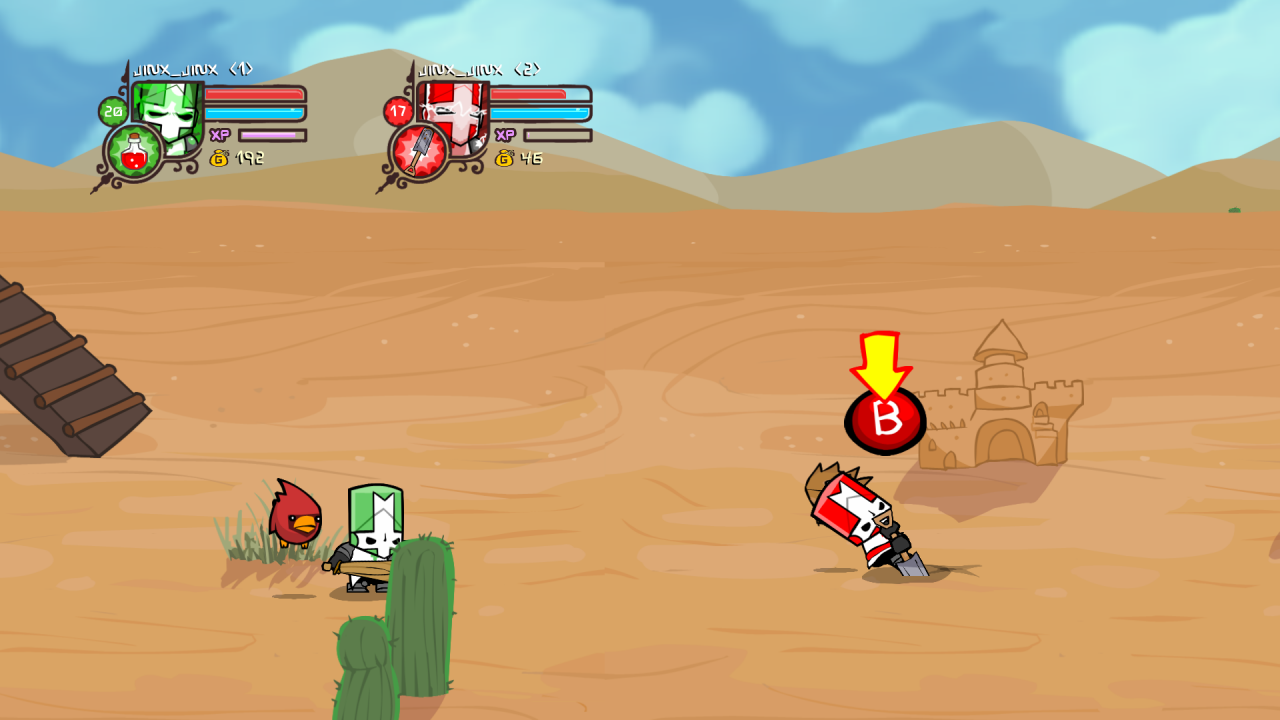 Survive until 2:30 in a Back Off Barbarian match.

In a 4 player game, resuscitate each of your fallen comrades at least once.

In this achievement it’s really hard. You need to get all pet orbs in the game, I would suggest beating the game first to unlock all of the areas. I won’t get fully into each area the pet orbs are in but here is a YouTube video that does so!

Thank you OJkamo go support him for making the video! (obviously not my video and all credit goes to OJkamo)
By Hikaru Okamura