This guide will show you, how to get every achievement in Evil Nun: The Broken Mask.

Everything you need to know …

Hey! In this guide I will show you step by step how to get any achievement in the game. If you haven’t played the game yet, skip the guide and go play it first, it’s really a good one.
Most achievements are pretty easy and self-explanatory and you will get them eventually by playing the game normally, for anything else and if you don’t know how to obtain certain ones you can read this guide. :3

Before you start, there are a few things I need to tell you:

– Easy Snacks –
You don’t need to finish the game once to get these achievements.

“Reach the bridge”
As the title says, you will get this if you cross the bridge from the dinner area to the laundry building.

“Behave like a proper respectful child and be good. Just as Madeline wants.”
This one is super easy. Just start a new game and literally stand still. Wait a few minutes and the achievement pops up.

Break all the sacred

“Destroy six religious figurines without being seen”
Break all of the 6 figurines that you can find in the game without being seen by either Madeline or Philippa. I think you have to play it at least on “Easy” difficulty. I will show some screenshots of the locations but it’s best if you explore them in “Ghost” by yourself before attempting the achievement, so you know where to go. Simply pick them up and throw them away but be careful because the nun will go this this exact location.
The first 5 are in the dinner area of the game. They’re all downstairs and scattered across the rooms. The last one is hidden in a dark corner of the yard. You reach it right after you go down the stairs to where the well is, before entering the school building. Walk straight behind it you’ll find it leaning against the wall. 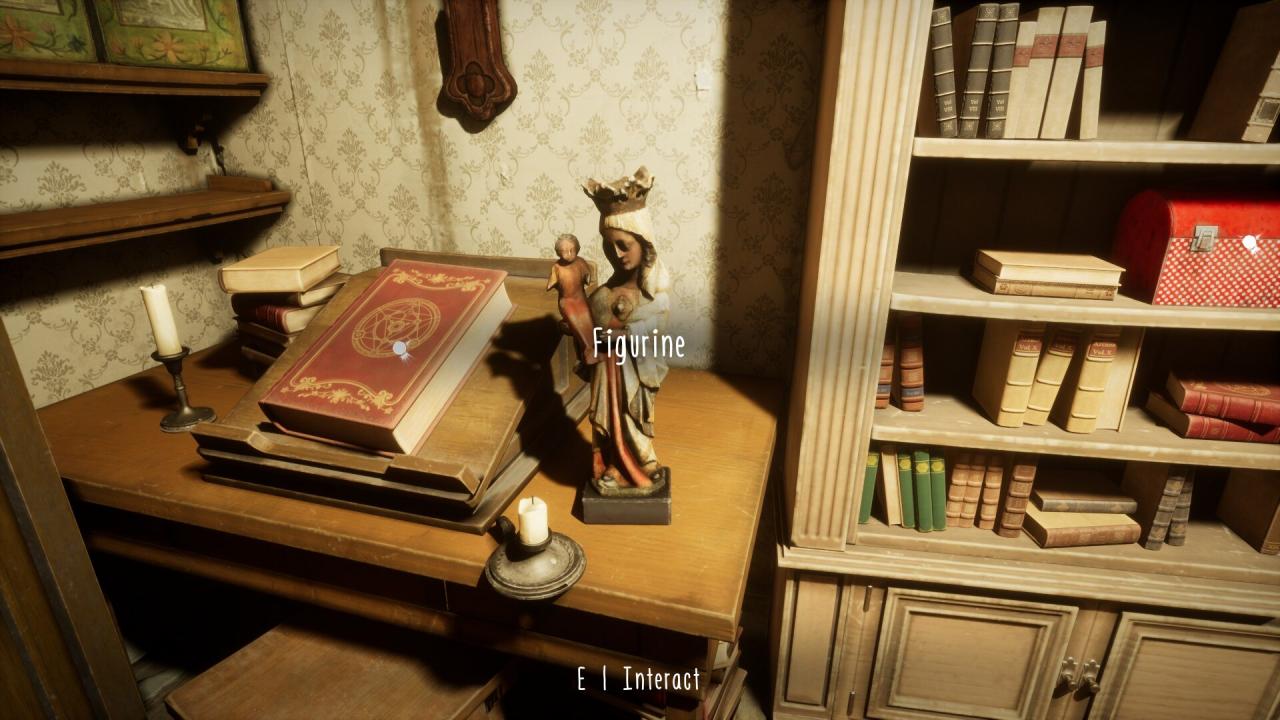 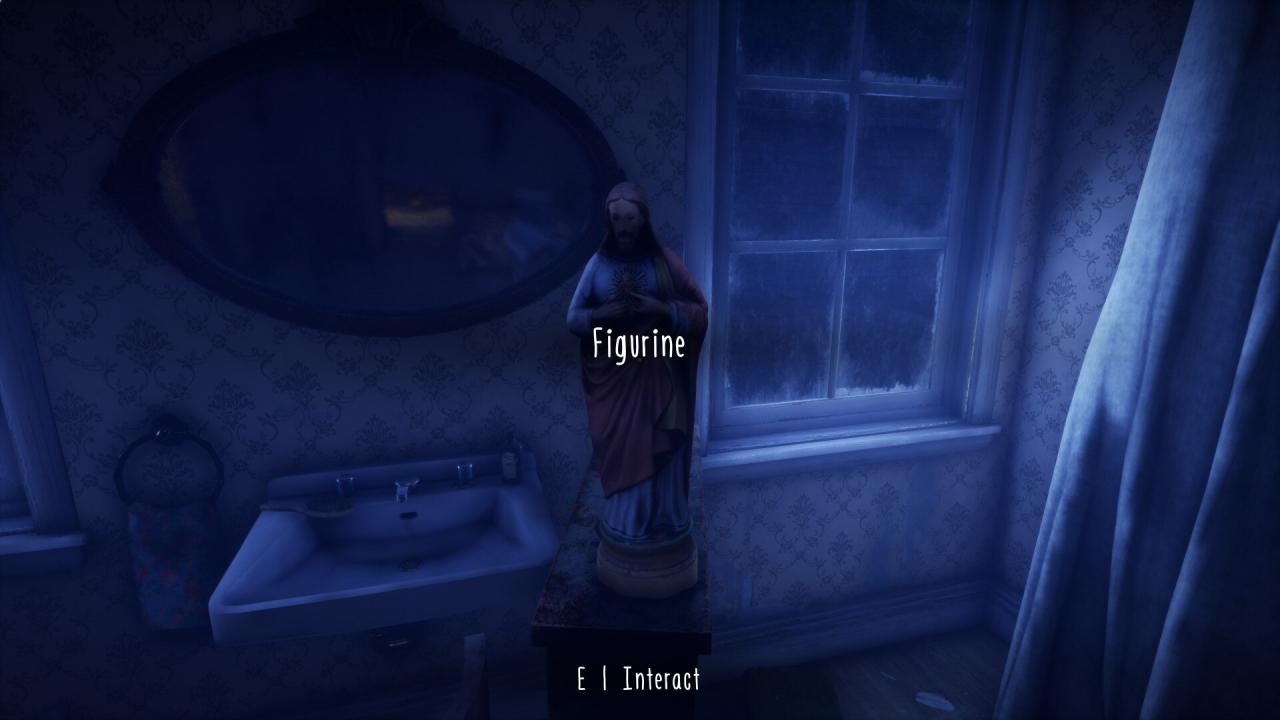 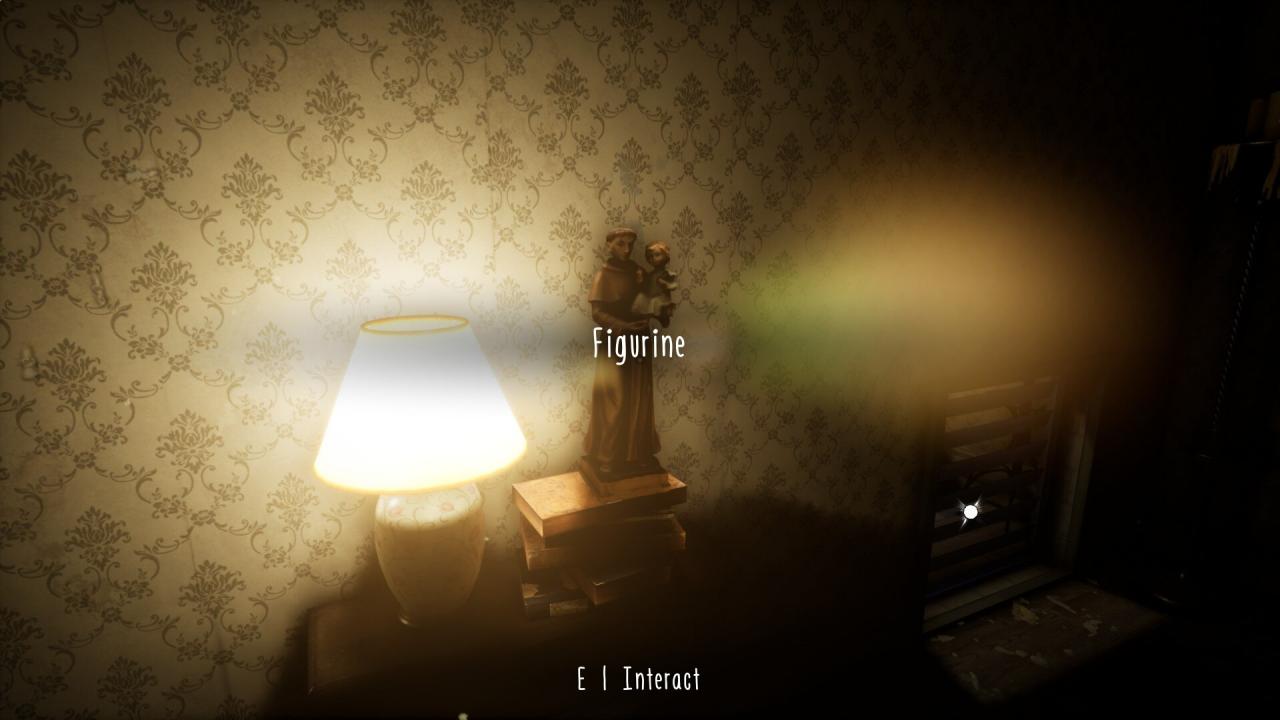 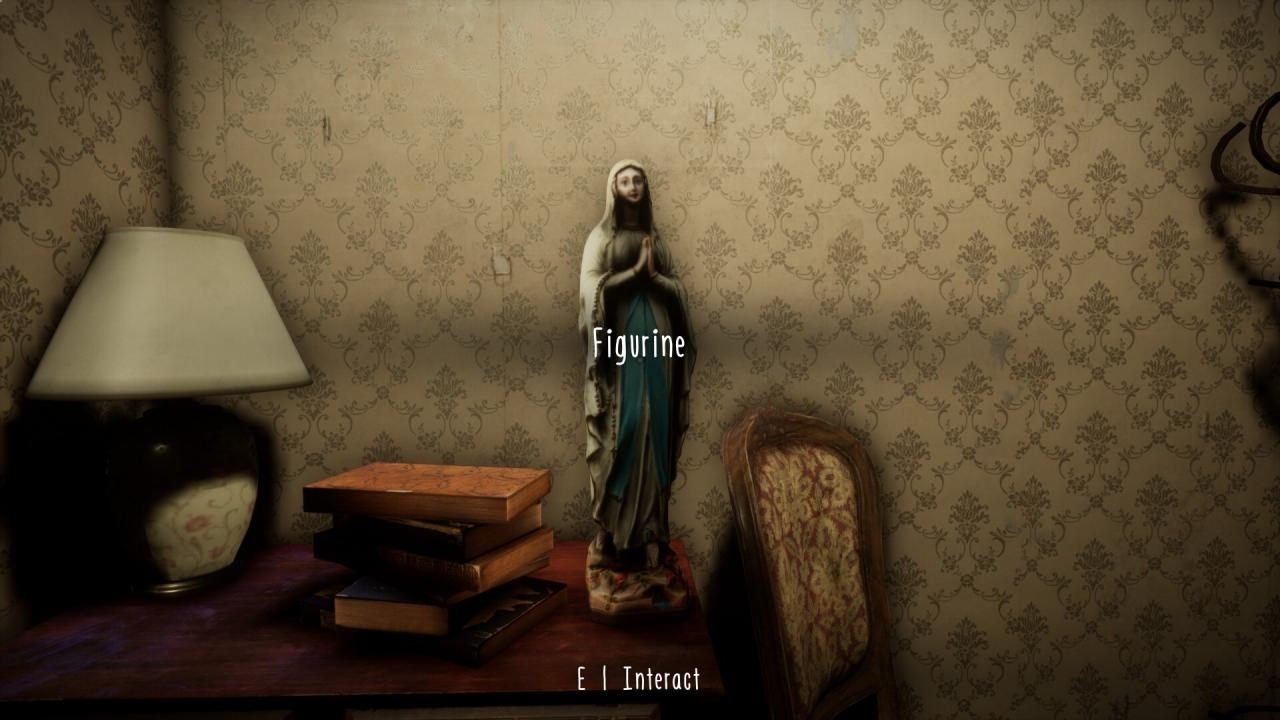 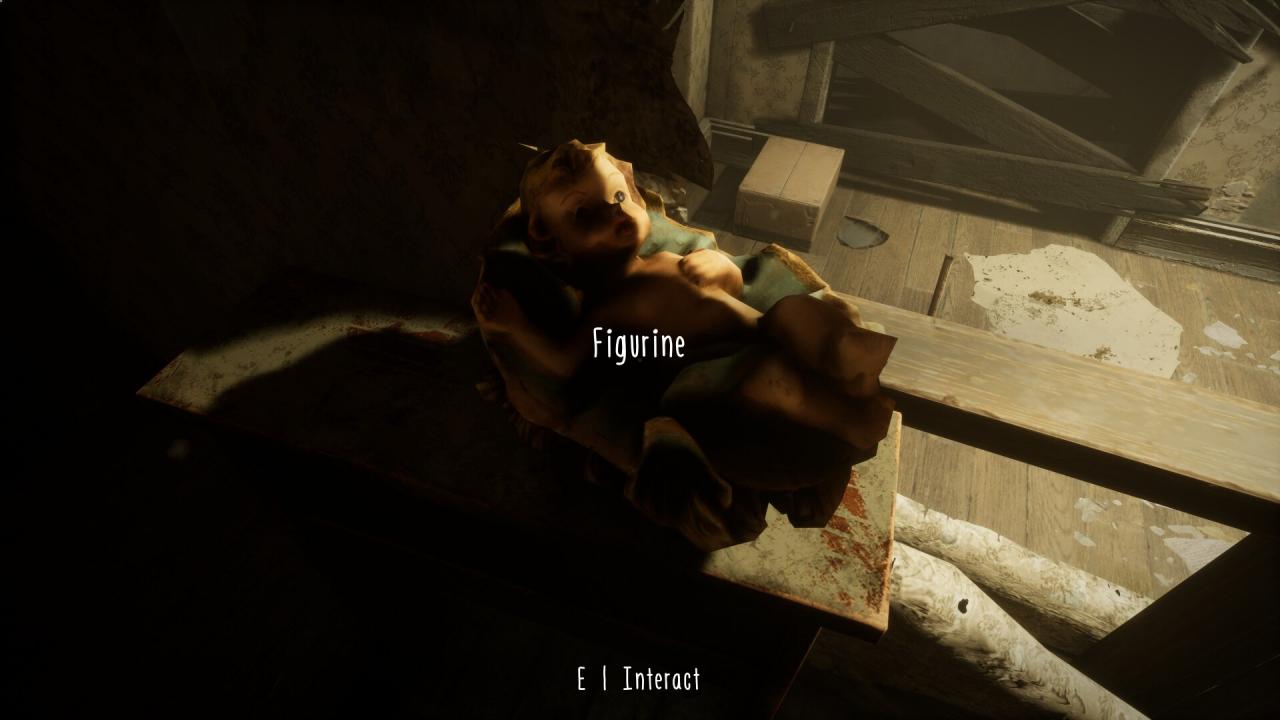 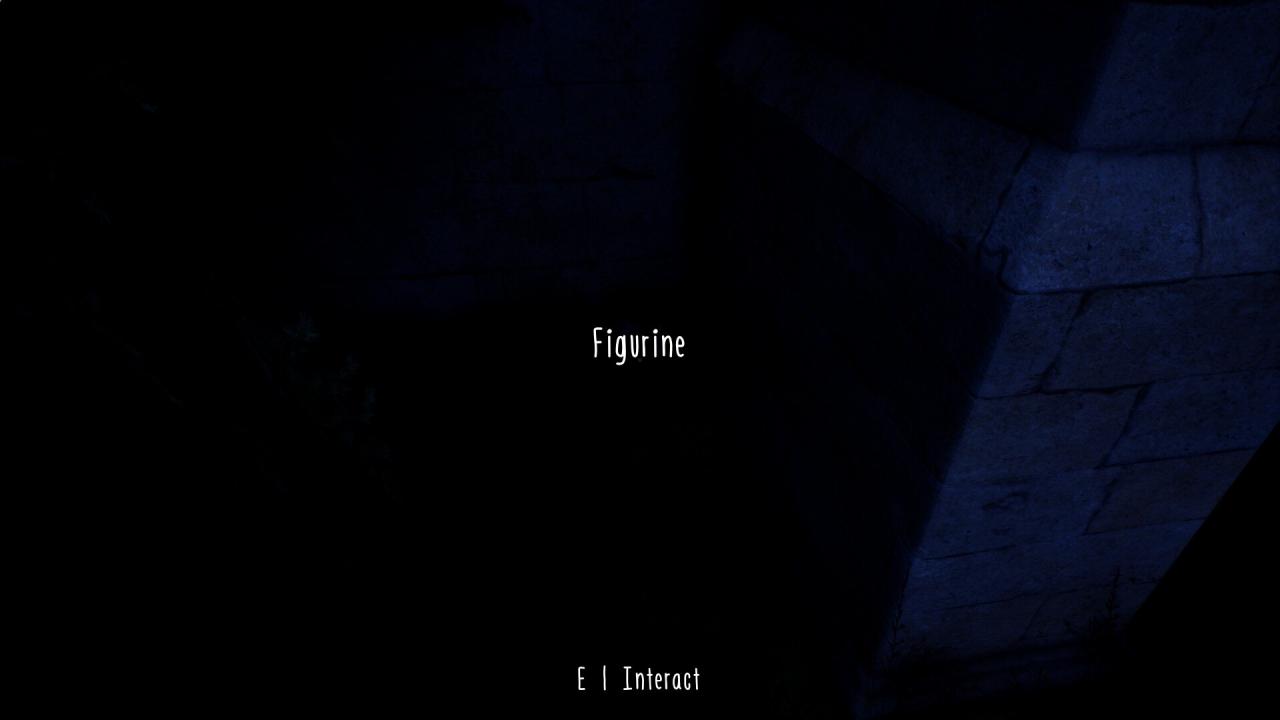 “Punished to work in the laundry.”
Just die a few times to the nun, so you’ve got no days left. This is the “Game Over” screen.

These are all the achievements related to the main door ending.

“Escape through the Main Door”
This is the first ending of the game and can be done on any difficulty. Finishing it will unlock the van ending.

“Escape through the main door in the first day in difficult or extreme mode”
You need to escape without dying to the nun once in one of these 2 difficulties. Be smart and use “Difficult” because anything else will be a pain in the ass. If she’s after you make sure to get a good distance before hiding in a closet and never stay for too long at the same place. It is not that bad.

“Escape through the main door in Extreme mode”
This is one of the harder ones. You can die 2 times, but you always have to go back from where you spawn. Running away from her is almost impossible, due to her walking speed so try to not get her attention at all. Listen closely to her steps and make sure, that you know where to go next. It is not impossible but might take a few tries.

Silent escape through the main door

“Escape through the main door without being seen even once”
Use “Easy” difficulty for this achievement. Madeline is pretty slow and if you know a good route it won’t be a problem. Just make sure, that she doesn’t see you at any time. If she does, restart.

“Escape through the front door without activating the alarm”
Doing this is a little tricky and I can’t imagine, that the developer wanted anyone to do it like this, but because I’m not able to find any other solution I’ll try to explain it as best as I can. Choose “Ghost” difficulty, so the nun cant see you. Do the whole main door escape thing but watch out for the tripwire at the main entrance. It is a little hard to spot but you can see it in the picture below and normally you will walk on it and activate the alarm. Try to stand as near as possible to it and then throw something like the crowbar around, to get the attention of Madeline. If she’s close enough throw the item out of the main door, so that she tries to get to it. If she bumps into you it is most likely that you’ll get thrown away, above of the tripwire and to the outside of the building. That should avoid activating the alarm. If your screen turns red and you hear the sirene you need to start over. 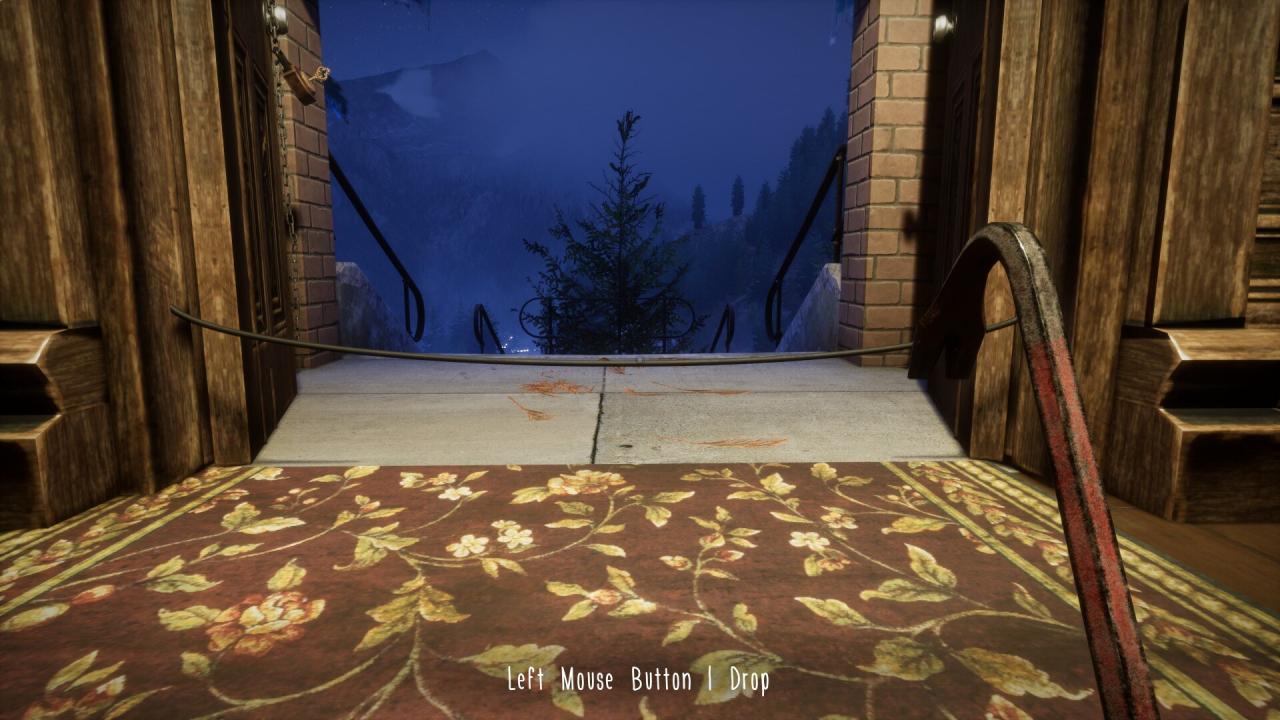 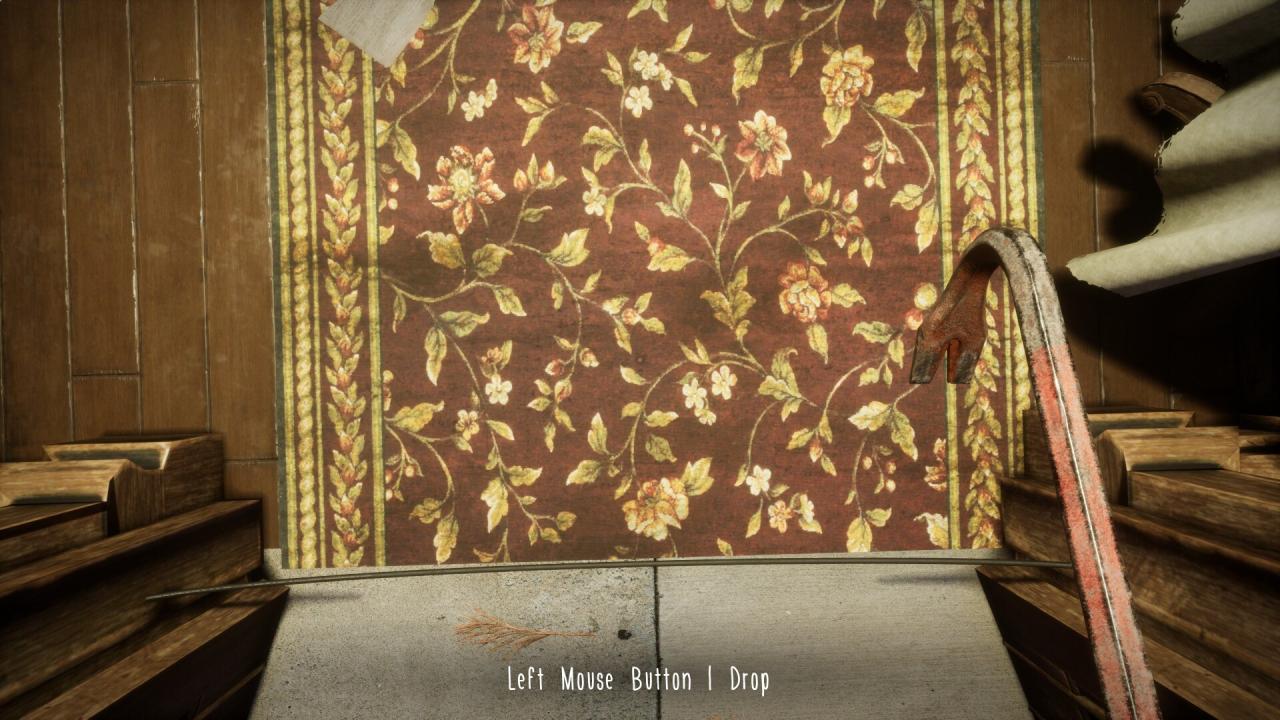 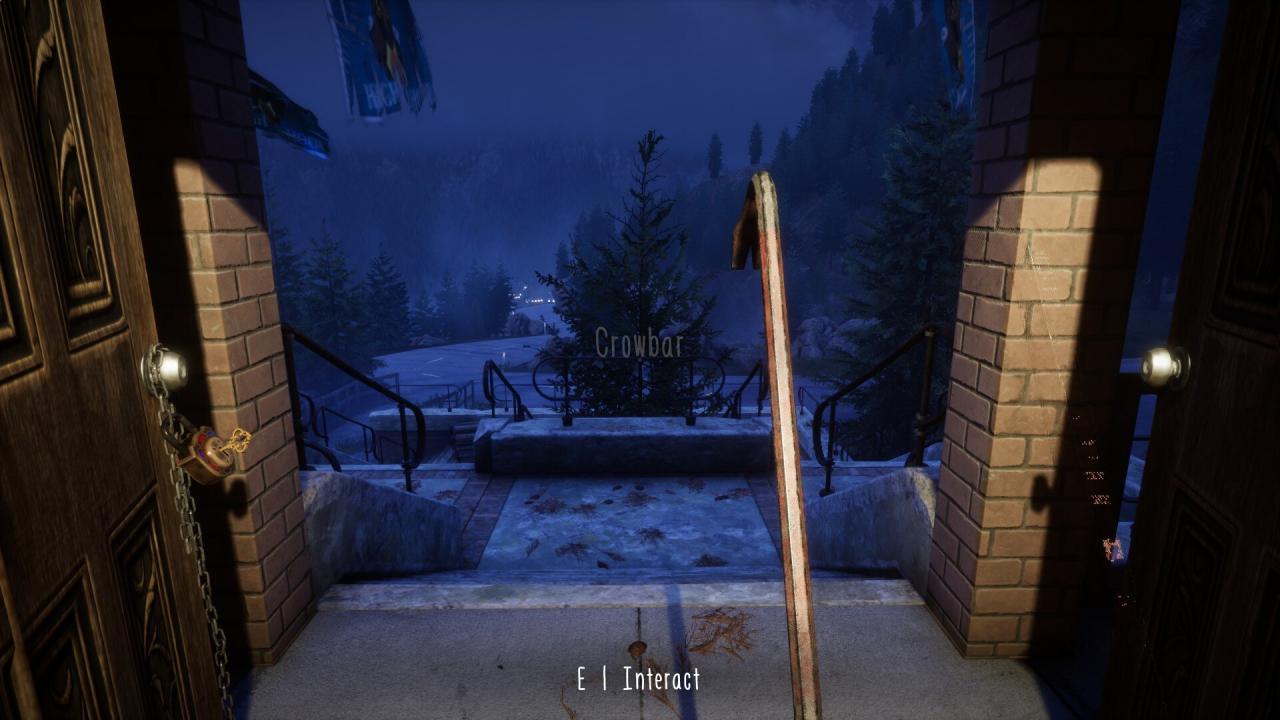 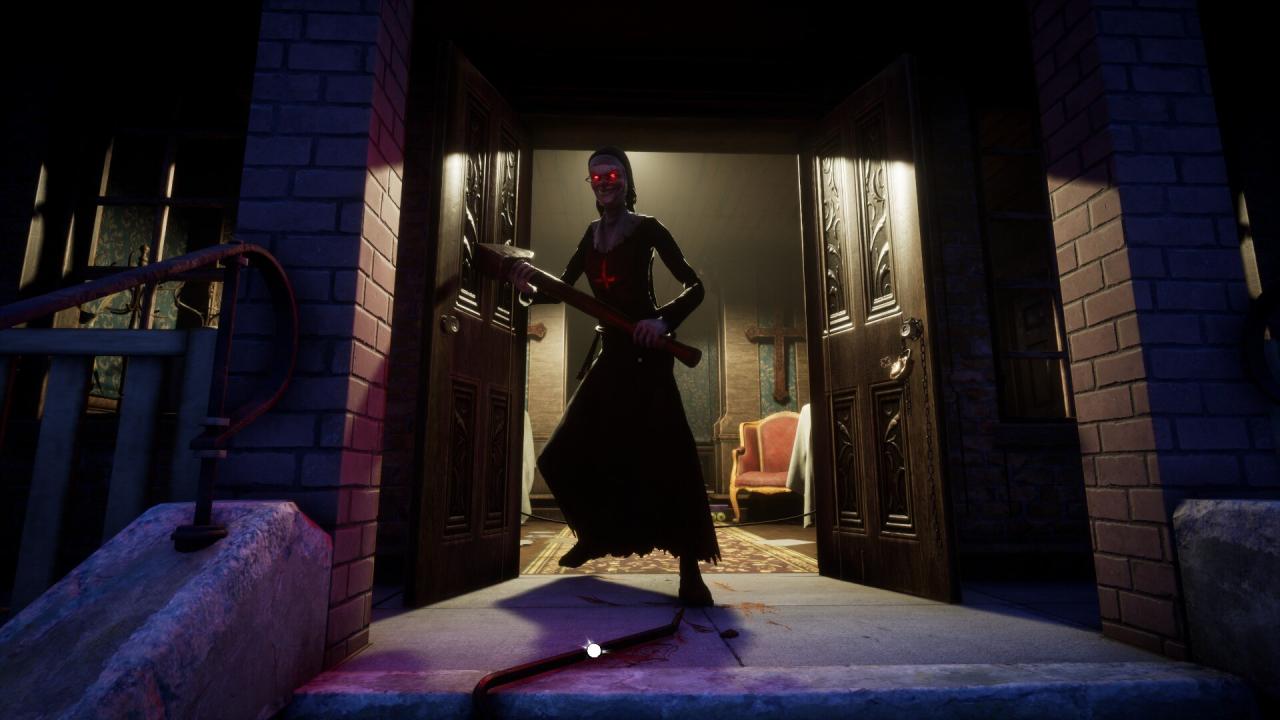 In order to unlock these achievements, finish the main door escape once.

“Escape hidden in the van”
The basic van escape ending. Can be done on every difficulty. It unlocks the bunker if you finish it.

“Escape in the van in the first day in difficult or extreme mode”
It is similar to the achievement with the main door but in my opinion it’s a lot easier because of the size of the area and the possibilities to hide. Play in “Difficult” and restart if you die. There’s a good locker in the laundry building where Philippa puts in the dirty clothes and the whole area contains many ways to juke Madeline. You’re gonna get it after a few tries.

“Escape in Extreme Mode in the van”
Also a similar achievement to the one with the main door. You can die 2 times, which is more than enough to finish the ending. Like last time make sure not to alert either the nun or Philippa and if you do run for your life. Give it a few tries and you’ll eventually get it, trust me! 😉

Silent escape in the van

“Escape in the van without being seen”
Choose “Easy” difficulty and if you get spotted restart. Wait for Philippa to sleep in the chair and don’t run into the van at any cost. If you manage to get into the locker in the laundry you’re almost there.

“Escape on top of the van”
This ending is a lot different, but as I said earlier I’m not gonna spoil you on how to get the endings. It is really fun to find out by yourself and if you just wanna get the achievement go search it up on steam or youtube. You’ll find something eventually. There are 2 tips I can give you: Use “Ghost” difficulty and look around the gate where the van leaves. :3

To unlock these achievements, you need to finish the van ending at least once.

“Find the secret bunker”
After doing the van ending the secret door in your spawn room opens and the achievement pops up if you enter it.

Chapter: Explosions in the heights

“Use the dangerous doll and finish the puzzle”
Complete the quest of chapter 1 and pick up the part of the broken mask. Return it and you’ll get the achievement.

These are some achievements that either require you to do an unspecific ending or need to be done after completing a specific one. I wouldn’t recommend doing them from the beginning, but it’s your choice.

I am a ghost

“Complete any escape in ghost mode”
In the main menu choose “Ghost” as the difficulty and get any ending. Shouldn’t be that hard, because the nun can’t see you.

“Escape in less than 5 minutes”
As the title says, just escape in 5 minutes with any ending you want. I did it with the main door and “Ghost” difficulty, took me 4 minutes. Shouldn’t be a problem after trying for 2-3 times.

“Get the van to run over Madeline”
I got this achievement by accident, while doing the van escape but it is basically very easy. Just lure her to the parking lot by dropping an item before you hop into the chest and do the escape. The van then runs over her and she’s knocked out for some time. You can even watch the show by dropping any item in front of it without doing the escape. Get the timing right and you’re good to go. Shouldn’t be that much of a problem.

“Blow up Sister Madeline with the help of an item”
Simply hide in a locker with the explosive doll, which you get after doing the van escape. Activate it and run it into the nun. Then press E and blow her up. It’s always super funny! 😀

“Knockout Philippa in any possible way”
I did the same to her as described above, just blow her up when she’s doing the laundry.

“Score from the center of the basketball court”
In order to get this achievement you need to finish the van escape and unlock the gym area. Get the doll and blow it up under a shelf with a basketball on it, as shown in the pictures. You then need to score 3 points by throwing the ball into the basket 1 time. The tricky part is, that you need to do it from the center of the gym area and it’s really hard to hit the shot from that distance. You also need to be running in order to throw the ball and not just drop it to the ground, so its even more difficult to aim. If you do it right the achievement will eventually pop up. 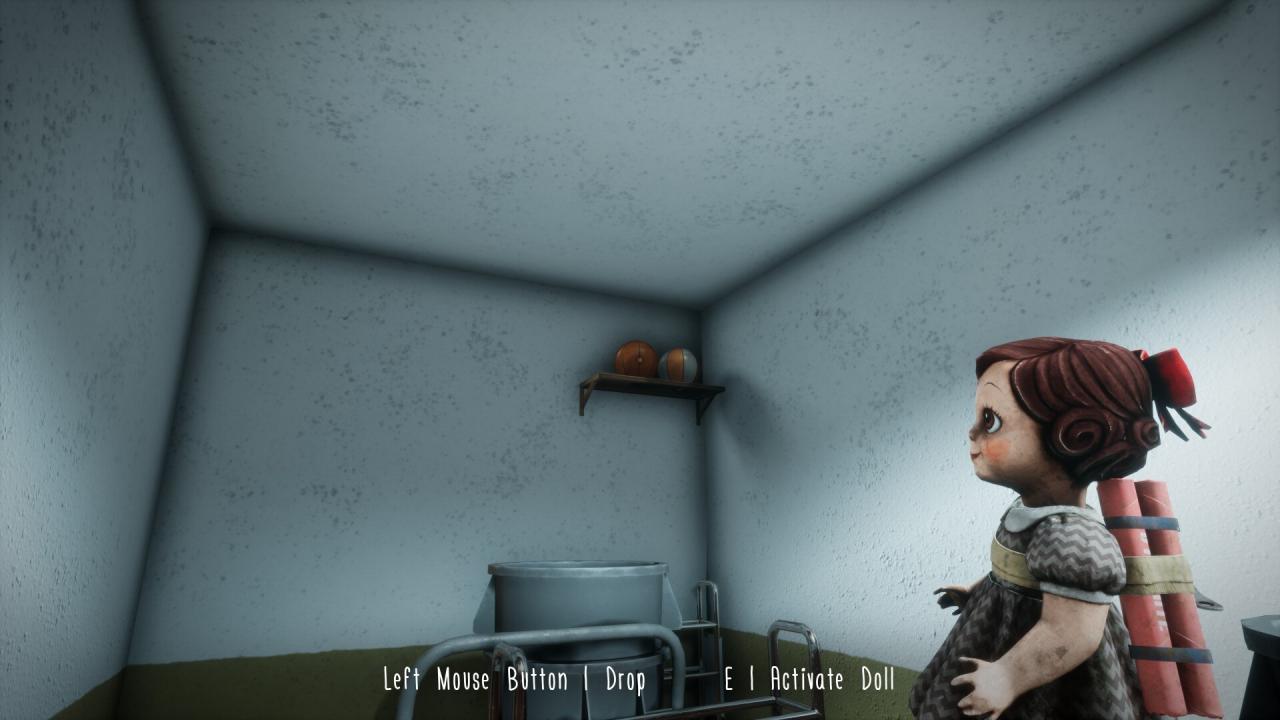 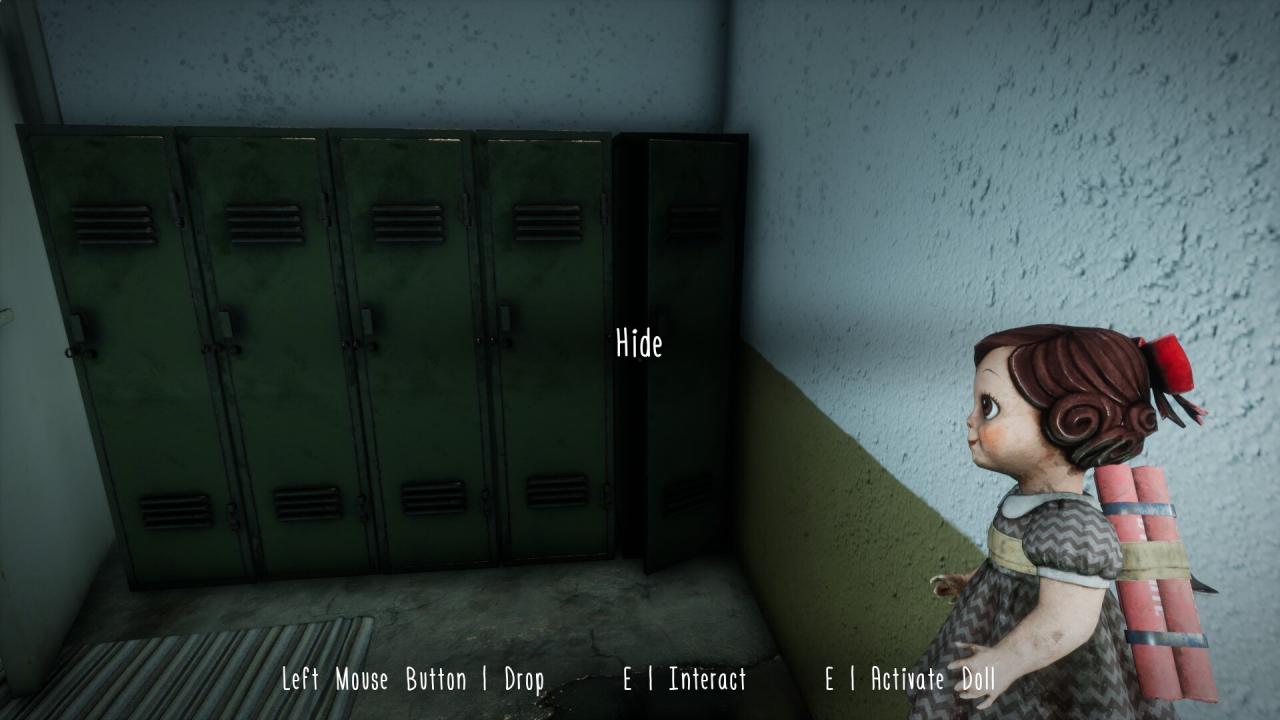 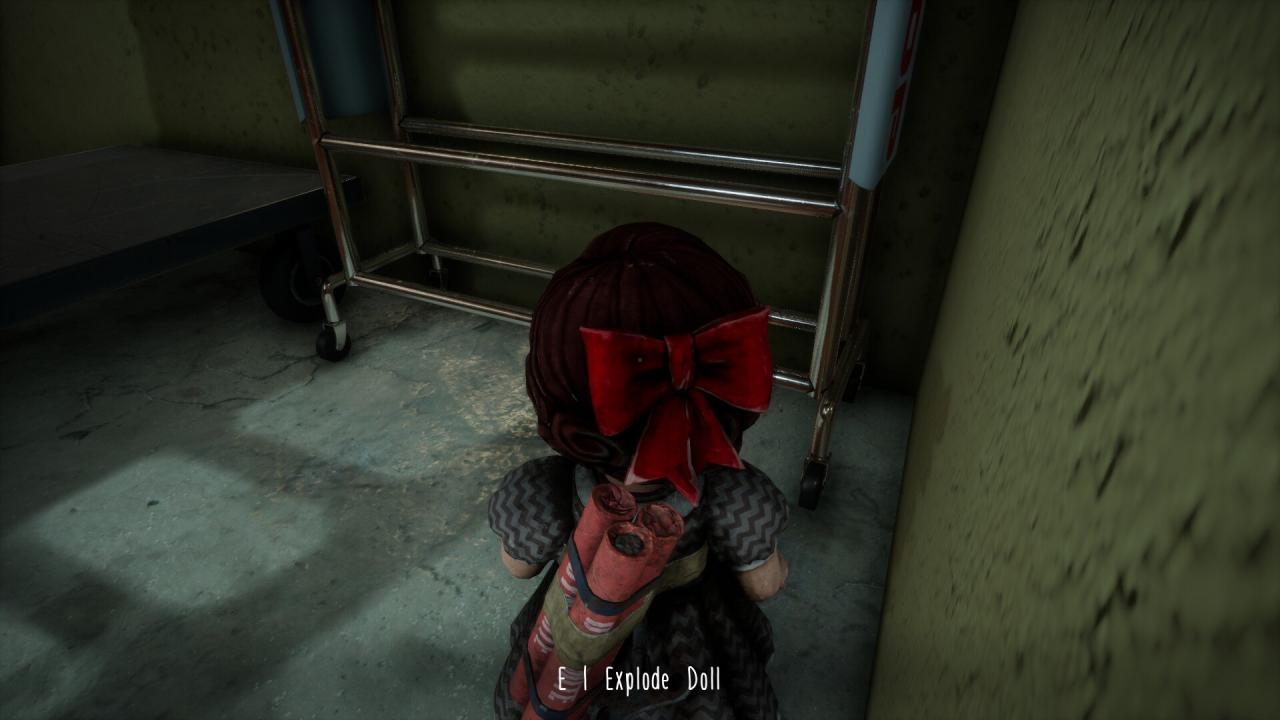 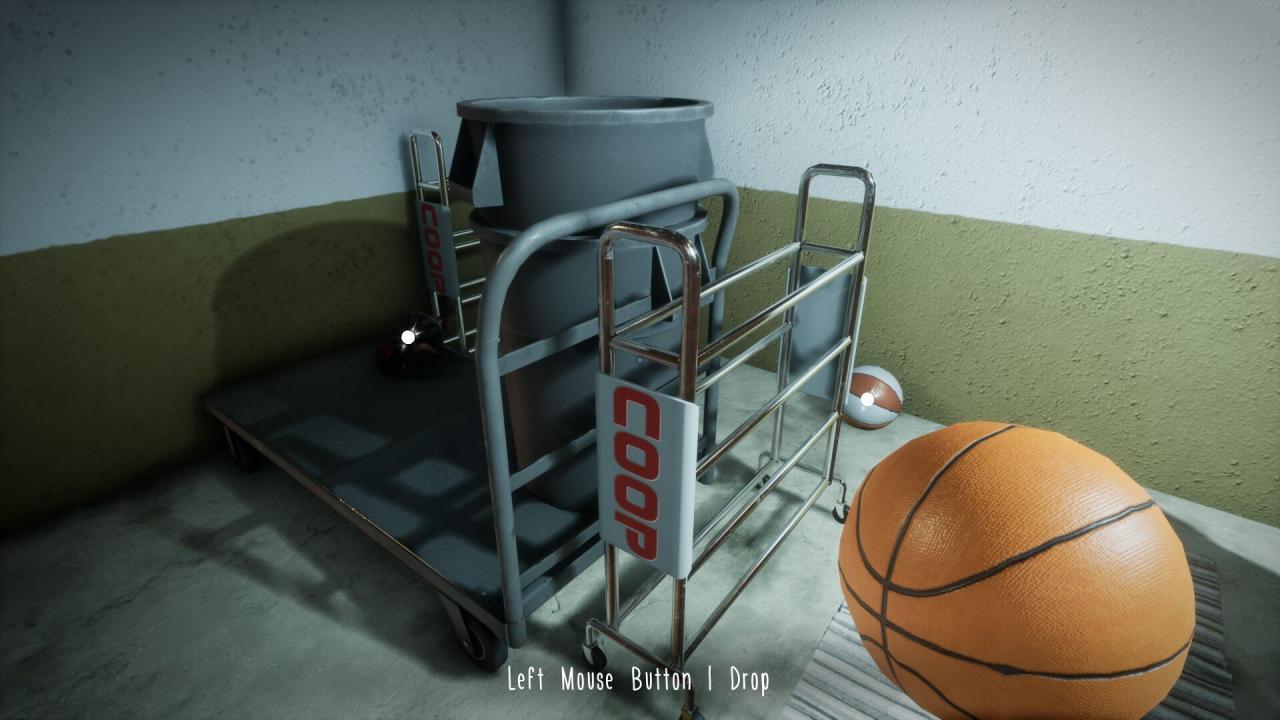 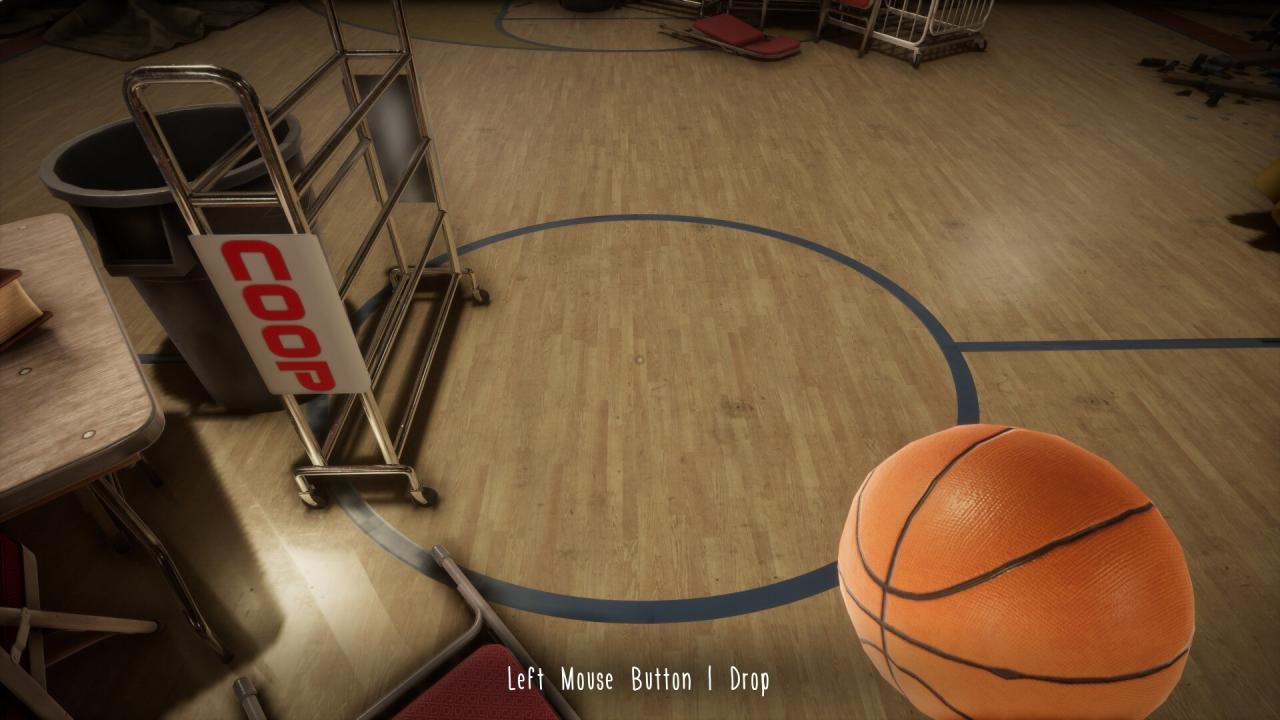 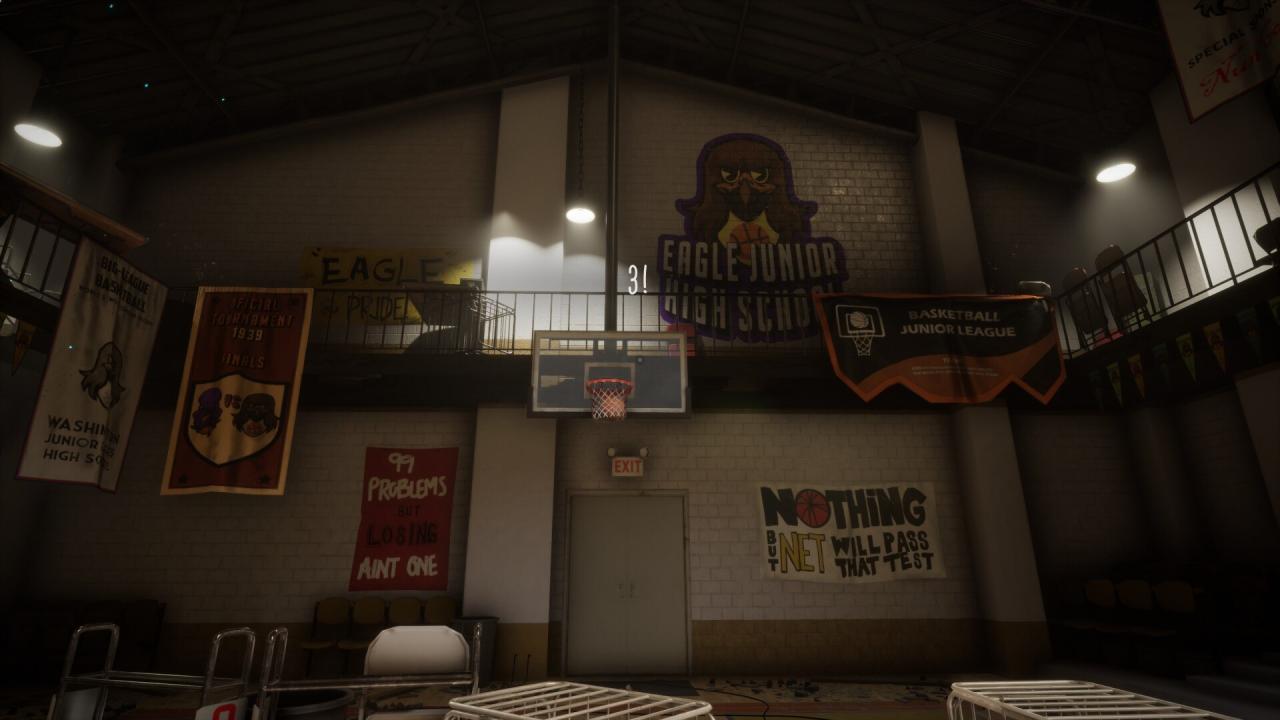 “Score nine points in Extreme mode from the center of the basketball court”
This is probably by far the hardest achievement in the game because you need to score 3 times with the basketball in “Extreme” difficulty. It is super annoying to get the doll anytime you die and even if you manage to get to the basketball you’re not guaranteed to hit the shot in time, because the nun will show up after 2-3 shots. But I found a good spot to hide from her, as seen below in the pictures. If she notices you just run instantly into that room and most importantly, close the door after you enter. Then crawl under the table to the spot where I was to be on the safe side. It is a really annoying achievement but with that strategy absolutely doable. Good Luck! xd 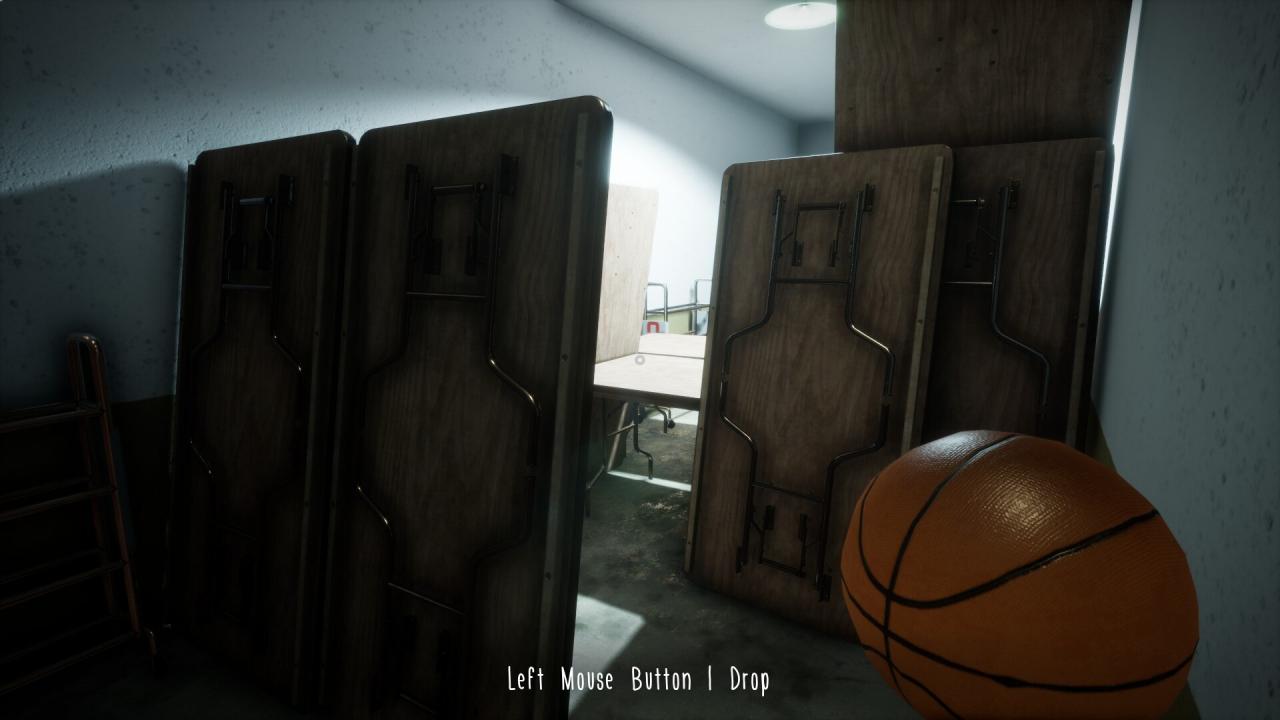 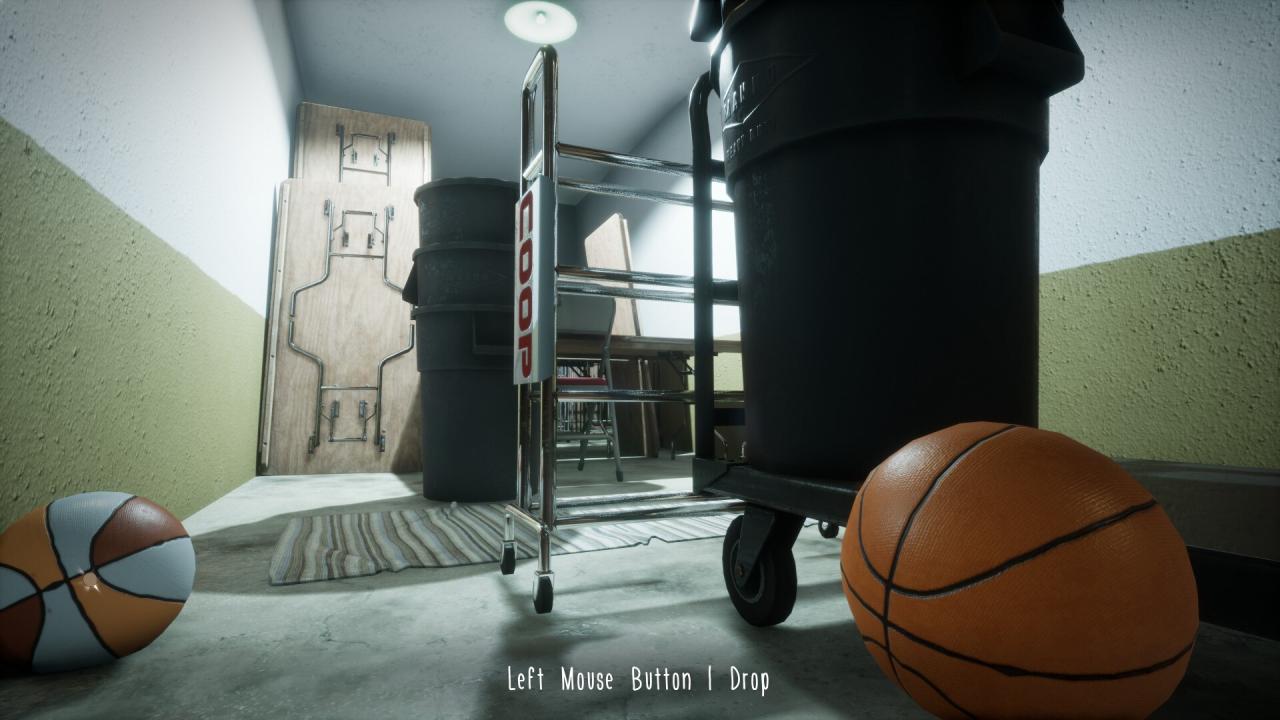