While drastically different from most LEGO games, a lot of effort went into many of the physics and game mechanics, some of which aren’t even used in the game. A key element of this is driving. Surprisingly, I found these driving physics are different from the other LEGO games, which shouldn’t really be a surprise as the main highlight of the game is driving. The driving physics in this game are actually pretty advanced.

Here are some tips and tricks when driving in LEGO City Undercover that you may not have known about, and will help you master the game.

By the way, this guide assumes are already know how to drive in LEGO City Undercover.
But in case you forgot, here’s how to drive on a PC : 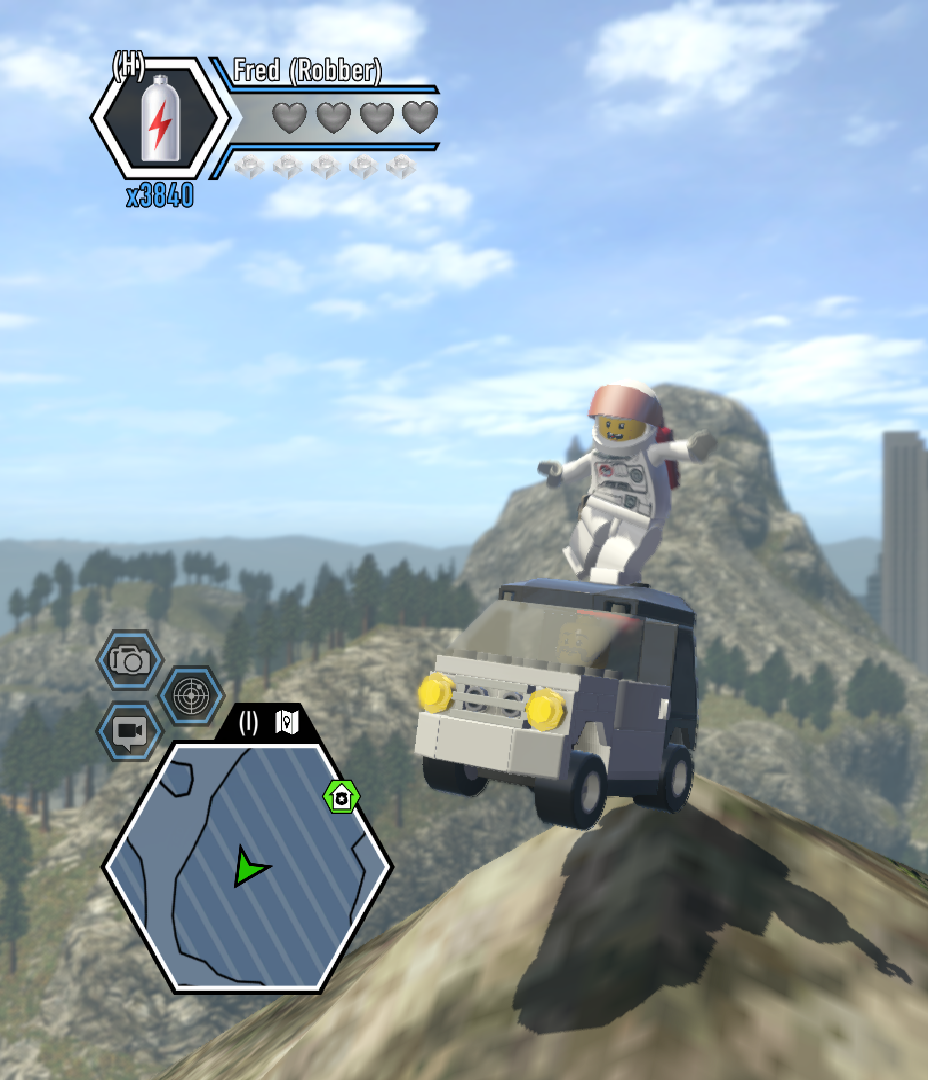 To start off, here are a few things you can do with every car in LEGO City Undercover that you may not have known about, and I’m not talking about the brick multiplier that makes your car rainbow or the fact that there are tow trucks.
Beep Beep

Every car has some sort of horn or siren you can sound.

To honk your horn, press “Left Control” (the button to cycle backwards through disguises)

Emergency vehicles such as firetrucks and basically all police cars have sirens that can be toggled on and off by honking. All other cars have some sort of horn you can rapidly beep. Some like the Pizza Truck (the most glitchy car in the game btw) have a little jingle. To my knowledge, this has no impact on citizens, it’s just fun.

Yes, every car in LEGO City Undercover can jump. It’s very useful in urban areas where there is a small brick wall blocking your way, or you just feel like jumping over somebody else’s car for fun.

To jump, press “space” (the button to cycle forward through disguises) 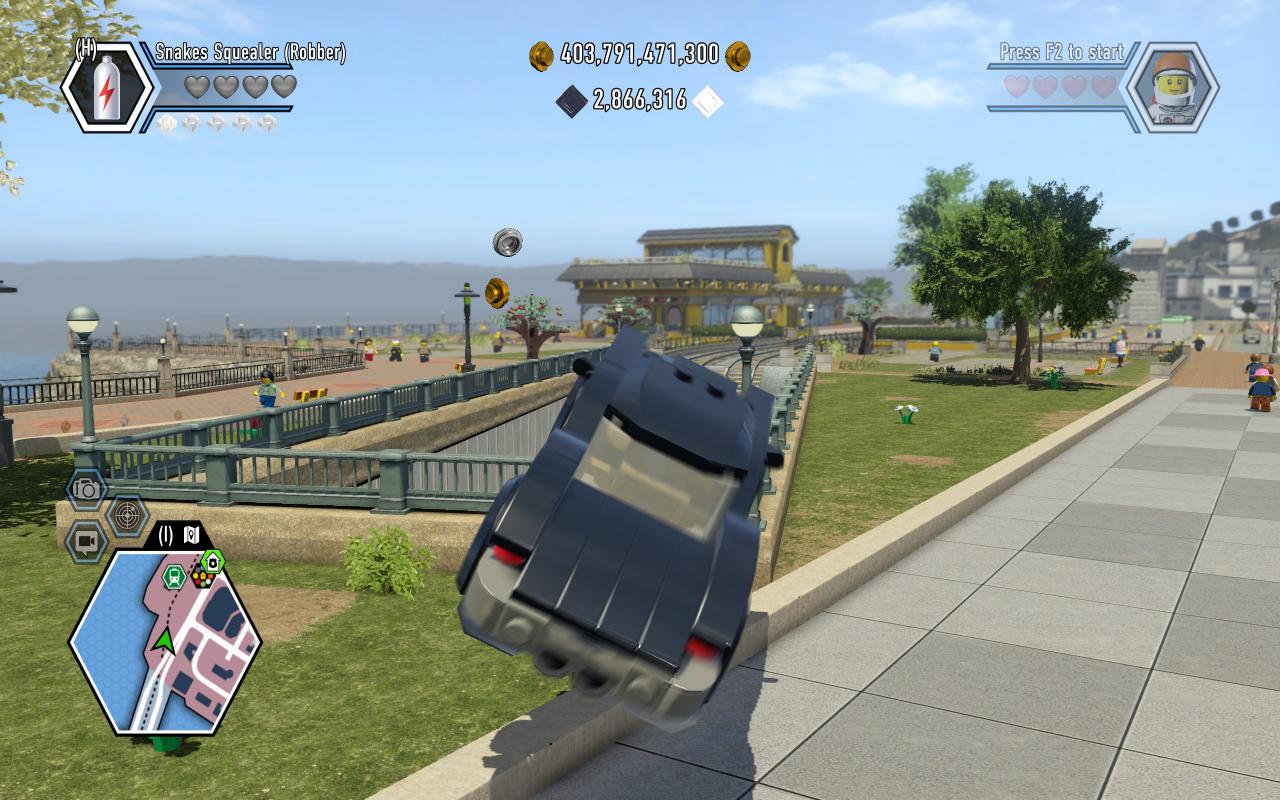 Different cars have different jump heights. Some can clear fences while others barely leave the ground. (basically giving them no jump) Most cars will be somewhere in between.

Have you ever gotten your car stuck upside down and found there was nothing you can do except helplessly watch your $30,000 police car slowly disintegrate. What if I told you there was something you can do about it? (and I’m not talking about blasting it with a ray gun)

There is a feature, that if you press the boost key (on my PC it’s “h”) when your car is flipped over, the game will lift your car up and and drop it back down right side up. If you press boost quickly enough, you can avoid even damaging your car! Note that if the game flips your car right side up, your car may flip over again if the terrain isn’t flat.

As the title says, your boost actually will give you momentum while you are in the air. Although this may seem like a pointless feature, it comes in handy because your tires do not work in air, so if you get your car stuck on a wall, and both wheels are off the ground, flooring the gas won’t do anything.

Also, if you are able to jump, sometimes jumping and boosting can get you unstuck.

If you push on the gas and your car does not move, it will begin to turn red. When it reaches a certain point, your car will explode. (and launch your friend in the air if he/she’s on top)

Cars are not boats. I’m sorry to tell you this, but your car will not float. So try to avoid driving into the ocean.

Yes, drifting is a thing. But it’s not what you’d expect. 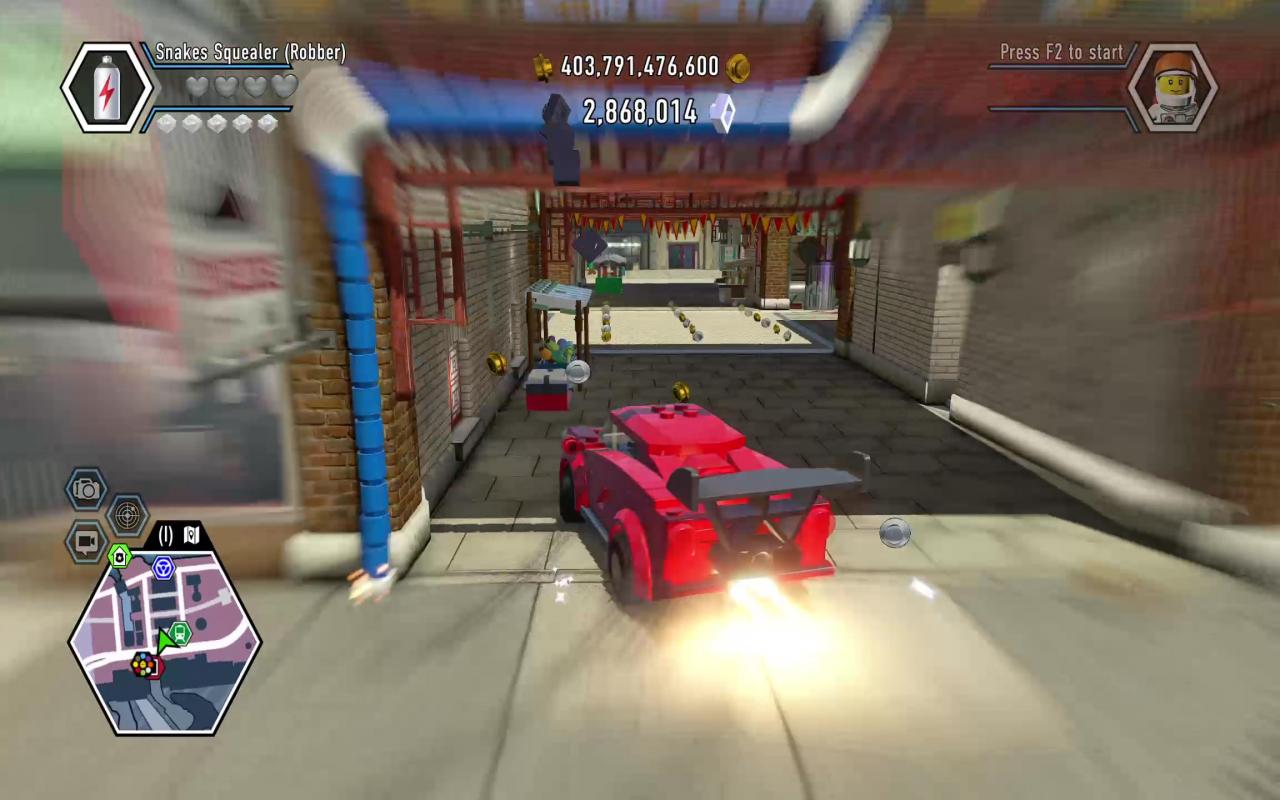 Drifting allows you to make very sharp turns and turn around relatively quickly.
It’s great if you are cruising down the road and need to make a sharp 90 (or 180) into an alleyway.
However, it costs a good amount of speed so it can slow you down.

Not all vehicles drift the same. Some will turn a lot and lose control when you drift, others will turn barely at all. Also, it’s a lot less exciting when you can’t boost out of a drift.

First try drifting with a high speed vehicle such as the Drakonas. Simply gain a decent amount of speed, and start turning while slamming on the breaks. Then start boosting when you have turned to the direction you want to go. (I don’t suggest practicing in the alleyway for the first time like in the picture as that is a hard turn to get on the first try)

If you have a boost, you can also use the damage rules control when your vehicle takes damage, which is very useful as there is no way to repair cars. 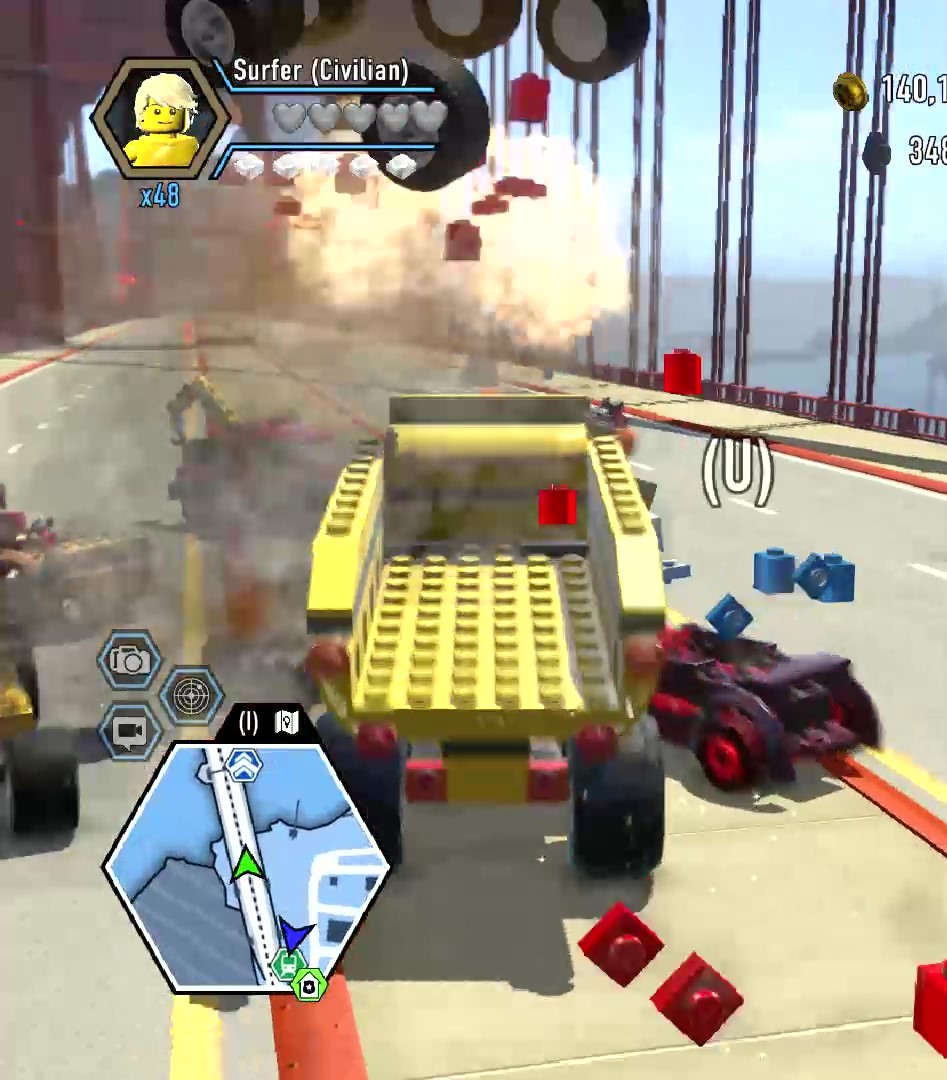