“Blue Nees” is the name of a terrifying creature that can be found in MADiSON, but the achievements aren’t that intimidating.

First-person psychological horror MADiSON contains many elements designed to penetrate the player’s mind and piss him off. In an intense environment, there are many monsters that try to attack the player, but certain clues are given early on before players even see them.

One of the monsters in MADiSON is called the Blue Knees and appears towards the end of the game (with the exception of a few short screamers). However, there is one trophy/achievement hinting at the presence of Blue Nees that is easy to miss,

Blue Nees was featured in one of MADiSON’s game trailers and is listed as one of the game’s enemies that put the pressure of an ominous presence on the player. Now that the game is finally out, players will be able to experience the element of psychological horror. The Blue Knees don’t appear often early on in MADiSON, but they earn their screen time by using disturbing music and screamers to create fear.

Other monsters may surprise the player along with Blue Nees. Another flesh-like creature taunts Luka in the house and other hidden places in an attempt to break his sanity. In the end, whether Luka survives the night or not is up to him.

How to find the Blue Nees clue 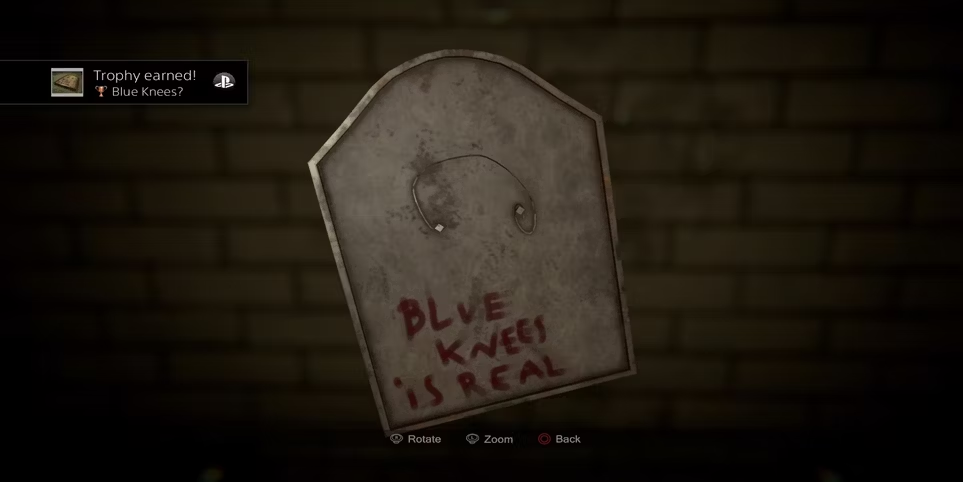 At the beginning of the game, Luka sneaks into his grandfather’s house and attempts to investigate the building. Suddenly, the power goes out, and Luka has to start the generator in the basement, after which he restricts free movement around the house. Some rooms are inaccessible for exploration, but one room hides a little coveted secret.

Inside the bathroom, which can be accessed by two paths next to the stairs to the basement, a mirror can be seen on the wall.

As seen above, interacting with the mirror and then rotating it 180 degrees will reveal a hidden message on the back that reads “BLUE NEES IS REAL”. Upon successful completion, a trophy/achievement will appear. After finding this clue, players will be able to explore other parts of the house.