Ricochet is a 2001 video game developed by Valve and is known as a modification for Valve’s mega-successful, “Half-Life.” ‘Ricochet Made Simple’ is a guide for a new players. A short and quick guide for them to learn and understand the game quickly.

Ricochet Made Simple: A Guide for Success is a basic walkthrough / guide for new players to understand information around the intense and, definitely, weird game.

This guide will answer the questions listed at the bottom and more. 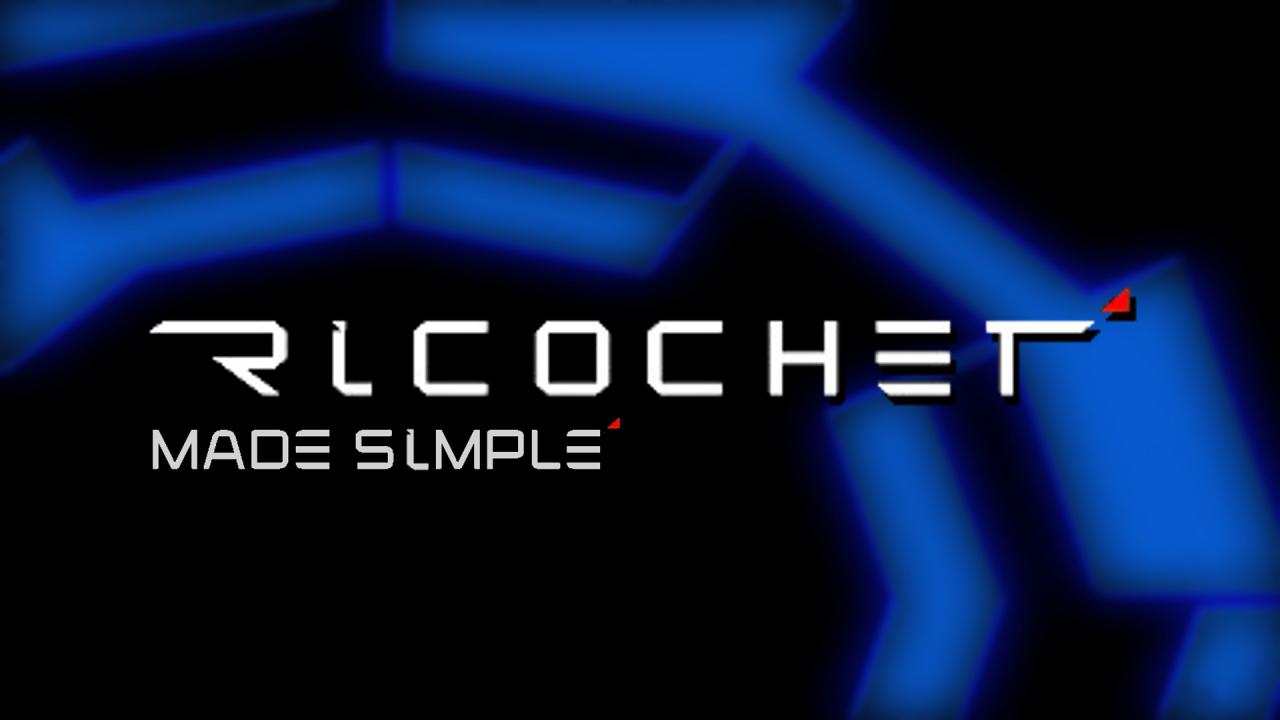 Ricochet
A futuristic action game that challenges your agility as well as your aim, Ricochet features one-on-one and team matches played in a variety of futuristic battle arenas.

Developed and Published by Valve Software
Released on November 1, 2000. 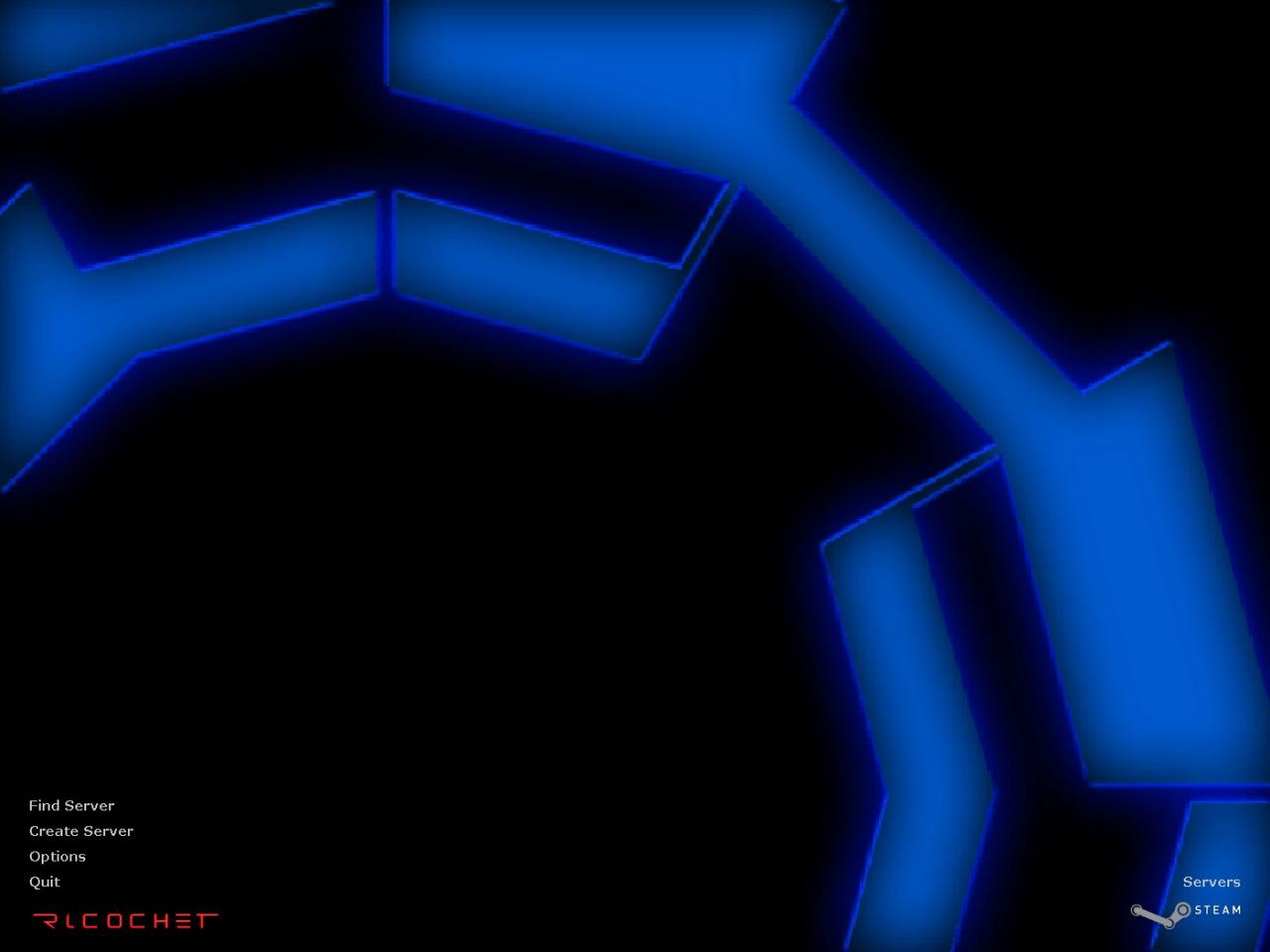 What is Ricochet? (Gameplay)

Ricochet is a video game that was developed by Valve Software, and is mainly known as one of Valve’s “dead games,” or their “forgotten game.”

There are three maps to choose from: Arena, Deathmatch, and Deathmatch 2.

The goal of Ricochet is to knock off players off of the platforms in which their standing on using your discs in your inventory. If you can successfully knock off a player off their platform, or pads, and make them fall into the endless void, you’ll gain one point. You can decapitate players by shooting all three of your discs and it’ll gain more points.

Jump on other platforms by stepping on the yellow arrows on each platform and it’ll send you flying to the platform it’s pointing at. You can jump onto the yellow arrow on each wall, once you do hit the arrow, it will send you to the above floor* (two or more floors are only available in Deathmatch, and Deathmatch 2)

*How to do the jump easily: When going to hit the arrow on the wall, keep holding the ‘W’ key and turn to where you’re going to land (a.k.a. the platform on the second floor) 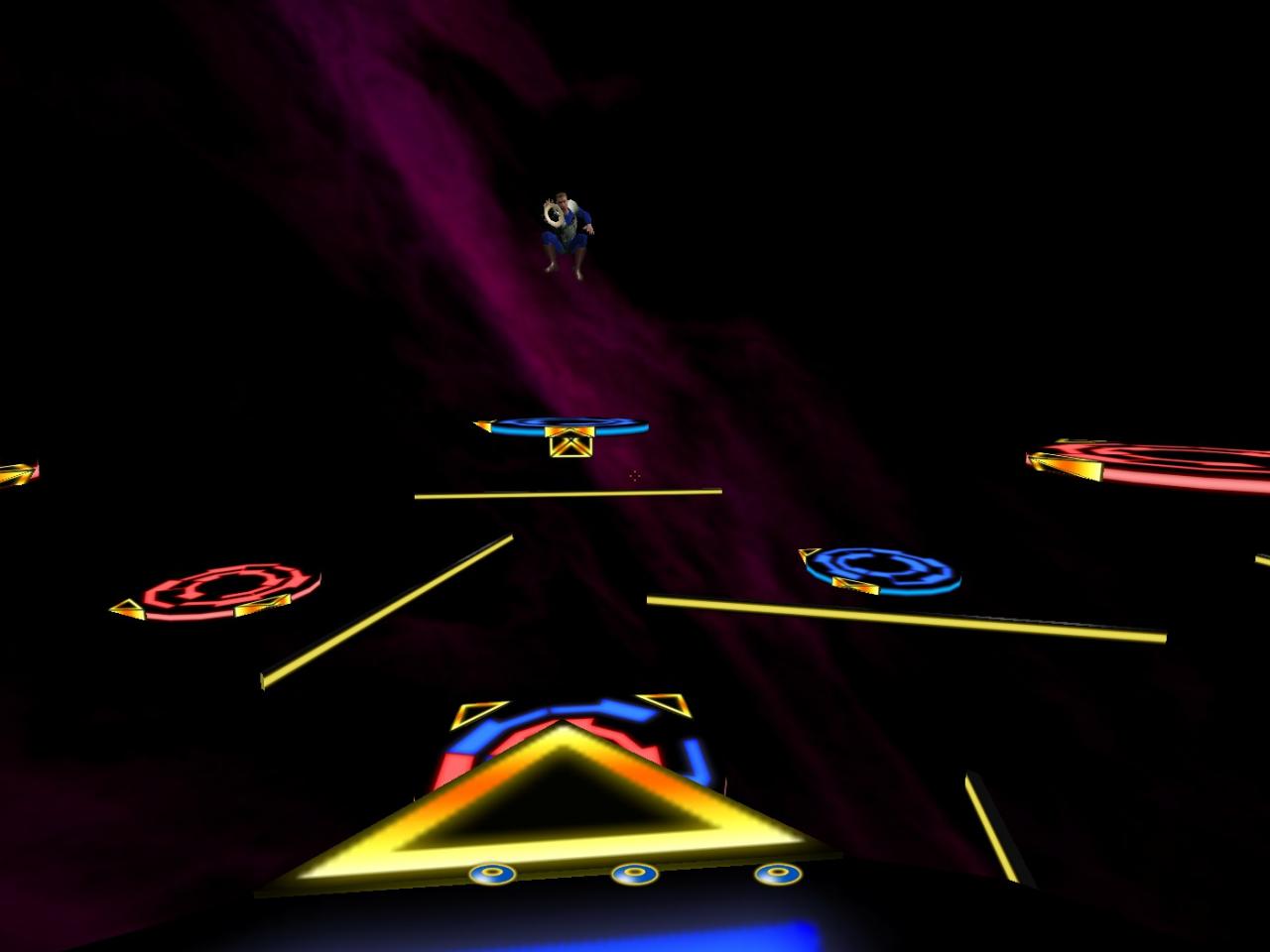 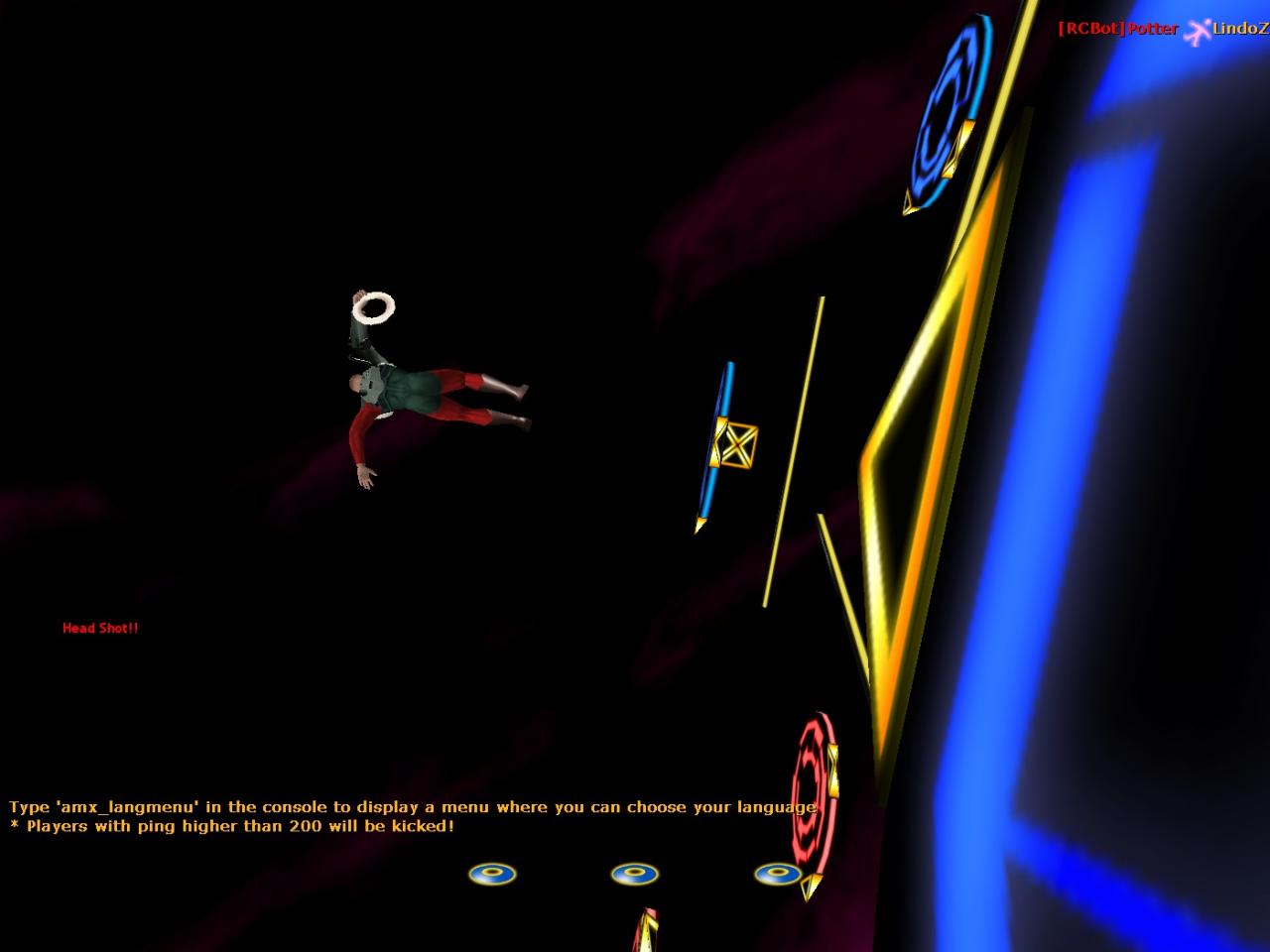 Powerups spawn during a match. When a player obtains one, their discs have a special ability, and can have a better chance at killing someone.

Triple Shot – Once you press left click, three discs will be thrown instead of one, giving you the inventory of a total of nine discs.
When in your inventory, it appears to be three purple discs in each slot.

Fast Shot – Discs can be thrown even quicker, having an opportunity to knock off a player better.
When in your inventory, it appears to be a green disc in-motion.

Freeze Shot – Hitting a player with a freeze shot makes them slower, and harder to move around the map. This disc makes them a player an easy target.
When in your inventory, it appears to be a light-blue frozen disc.

Power Shot – One disc at a time acts as a decapitator disc, having three decapitator discs to throw around.
When in your inventory, it appears to be a red disc with a yellow boom splash.

Combining powerups is possible in Ricochet. For example, you’ve obtained a Fast Shot, and haven’t used them yet, seconds go by and the Triple Shot spawns in the map, you can get the powerup and have three discs with Fast Shot, and Triple Shot, having overpowered discs.

There are players, especially new players, who spam their discs at other players when they receive a powerup, DON’T DO THIS! Once you use all three of your discs, they’ll go back into their normal state without a powerup, instead, conserve your discs. If you don’t use all three, the discs will re-generate back with their powerup(s).

When playing, the discs are shown at the bottom of the screen.
Regular colored discs do not have a special ability. 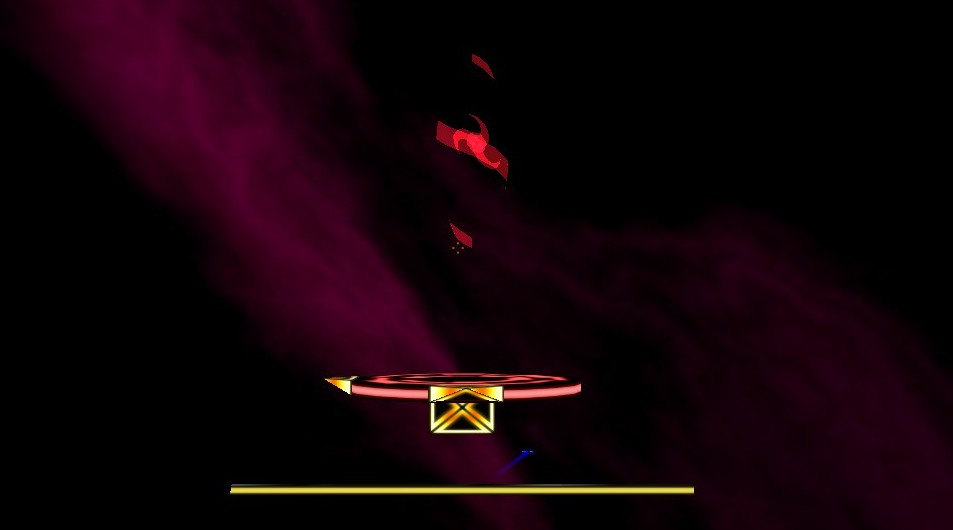 Power Shot when it has spawned in the map, before a player has obtained it. 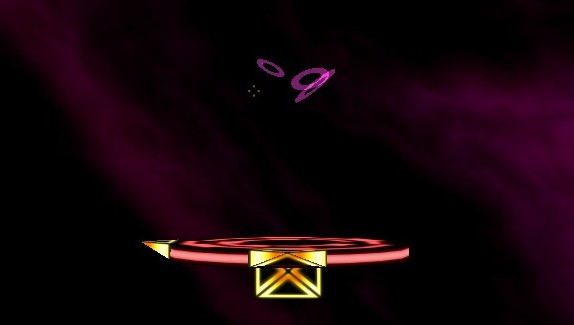 Triple Shot when it has spawned in the map, before a player has obtained it. 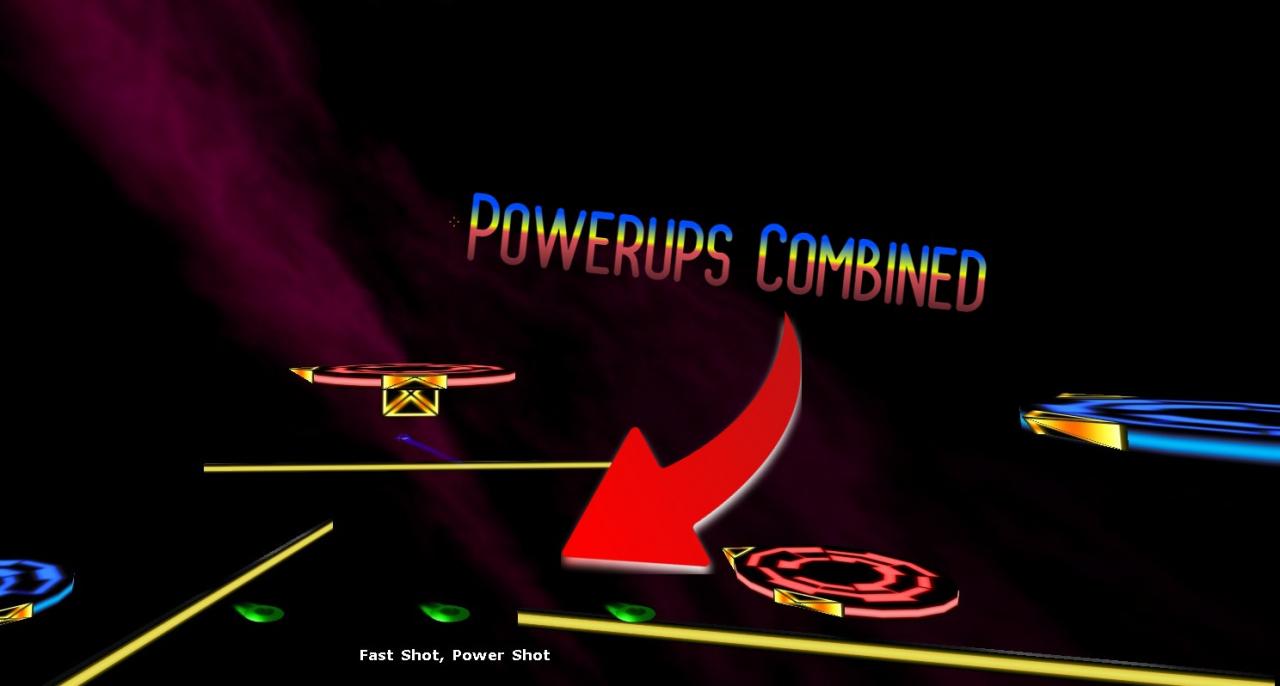 Ricochet is a platform, online, multiplayer, and FPS? video game developed by Valve Software.
It’s a shame nobody plays this game anymore, and if there was an active player base, this would be an amazing game and would make Valve make a sequel… maybe…
By LindoZ