The basic knowledge and advice you need to fish efficiently

Minimum requirements
To fish with a rod you will need to craft one using 2 rope and 200 wood, you do not require a workbench to do this, and you’ll need some bait. Any raw meat works as bait, and even 1 piece can get you started and I’ll explain why.
How to catch fish
To cast your line, hold right click and move your mouse to adjust distance, then left click to throw it out into the water. After you get a bite on the line you may immediately used the wasd keys to control your line.
Now that you have a fish on the other end of your rod, you hold S to reel it in, with A and D to move it side to side. The fish will move in either direction while you pull in the opposite, but doing this for too long with break your line, so if the fish is pulling very strongly in one direction, stop holding S to reel and use the A and D keys to yank it in front of you, but make sure you do this in short bursts, as too much sustained strain will break the string and you will lose the fish and the bait used.

Another thing is that you make sure to keep the fish square in front of you when you are about to pull it out of the water, as if it is too far in either direction the line will break and you’ll lose the fish, so watch out for that. 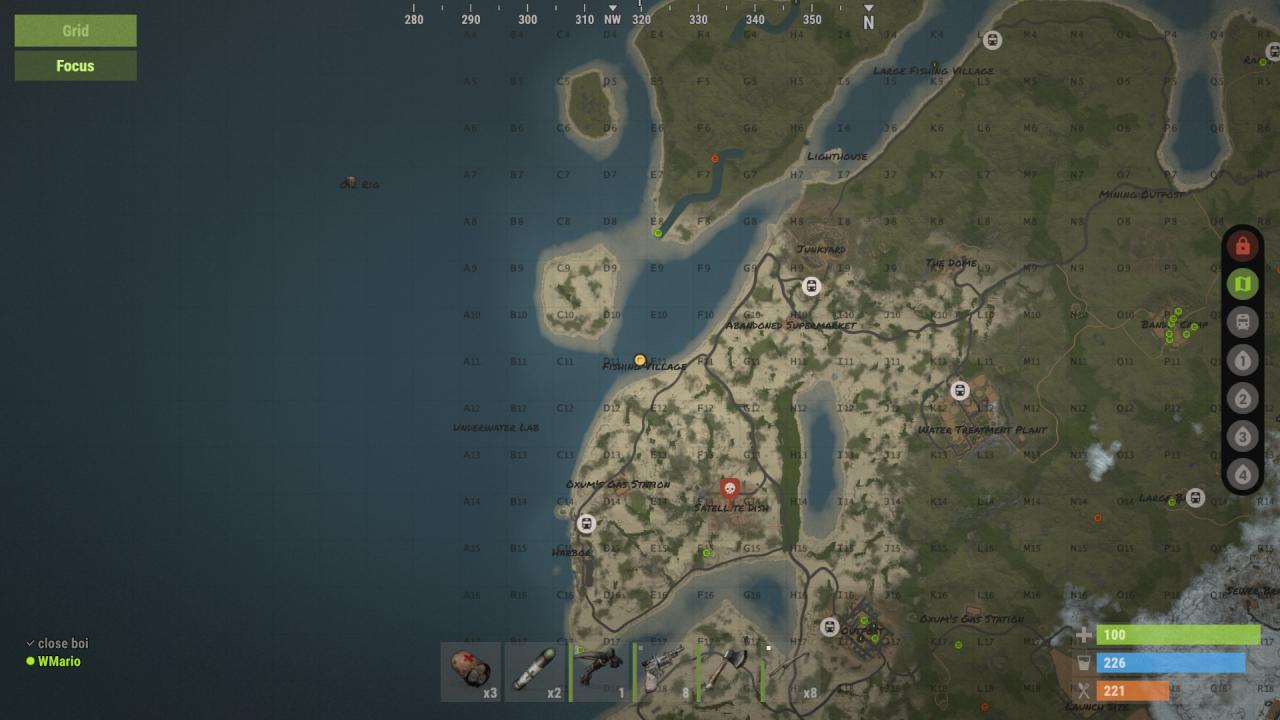 The lighter the water the shallower it gets, most notably immediately after the beach. This is where you catch large fish like salmon, small sharks and small trout. Notice the fishing village i am at is not very deep, this means i will catch smaller fish, like anchovies, small trout and herring.

Find a fishing village that is out in the deep water if you’re there for the loot, but if you only want food then you can fish wherever you want.

Money making
Okay, so you’ve got your fishing rod, your bait, and you’re out in a deep water fishing village with the knowledge of how to catch a fish, now lets talk about how to make scrap out of nothing but a fishing rod and one piece of meat.

Here is the strategy:
Catch one fish and gut it, then use the raw fish you get from that and put it on your line
Catch more fish and gut them, the only exceptions being the fish with bait value 10, keep those, and exchange every small shark you get for scrap.

The reason you keep anything that isnt a shark or a tiny fish is because of their bait value. Regular raw fish has a value of 5, that means you’re able to catch anything in the water that isnt junk like a bucket or a tarp, and it only costs 1 bait per fish, but some fish have a higher bait value that raw fish, such as small trout, salmon and orange roughys. This means that you have a much much higher change of catching a large fish, including a small shark, so you use any fish with a bait value of 10 to keep fishing for a large shark because they are worth more scrap.

General fish loot
For a more detailed list of what fish give what and what your odds of finding what fish are, go to https://rustlabs.com/item/handmade-fishing-rod#tab=fishing;sort=2,1,0

But for those who don’t care so much about specifics, here’s a simplified list of the larger fish.

There are 5 things to be found in the stomachs of all these fish except Small Trout and Catfish.

Each of these items has a 20% chance of appearing, and fishing in the moonpool of underwater labs is a good way to find a blue keycard if you are missing one.

Miscellaneous and uncategorized information
Basic bait that you find while harvesting plants like worms or grubs really are not worth your time as they have a lower bait value than raw fish, which you can get a near infinite amount of, but it still useful if you have no other bait and may get you one fish to gut and get you started.

The underwater labs are absolutely phenomenal for fishing, as you only get salmon, small trout, roughys and small sharks along with only the occasional tiny fish and one of the reasons its so good is that due to the moonpool’s barriers, the fish cannot escape, so you can be really gentle on your rod because you can keep it on your line forever, and also its much safer than being on the beach or at a river, and when you catch fish that have a chance to have something in their stomach you can get a blue keycard and get even more loot further within the labs.

You can fish while sitting in boats, chairs and horses which if you’re in a fishing village can be handy because a lot of people will jump on your head to ruin your cast and waste your bait which can be really bad since you may only have a few pieces of bait to start with.

Any fish that you get that is in the large fish list will give you upwards of 10 raw fish, making them not only valuable for scrap but bait if you’re low, and food if you’re in the underwater labs. there is always a stove in the labs that you can cook on if you have wood and each piece of cooked fish gives you identical stats to pork meaning that after a lot of fishing you could essentially have 2 rows of pork

I had noticed there were no other guides on fishing, and i had figured out enough on my own that i could make something to help people who come into it clueless or thinking fishing was a waste, but there’s a lot of scrap to be had here. If you guys know something I don’t or need a better explanation tell me and i’ll fix it.