Displays and explains most of the relevant game mechanics, menus and NPC’s. Basic How To Play.

This guide will explain some of the most basic and important features of the game. Please feel free to leave a comment with suggestions and or improvements.

This is a normal gameplay screen with all displayed information. 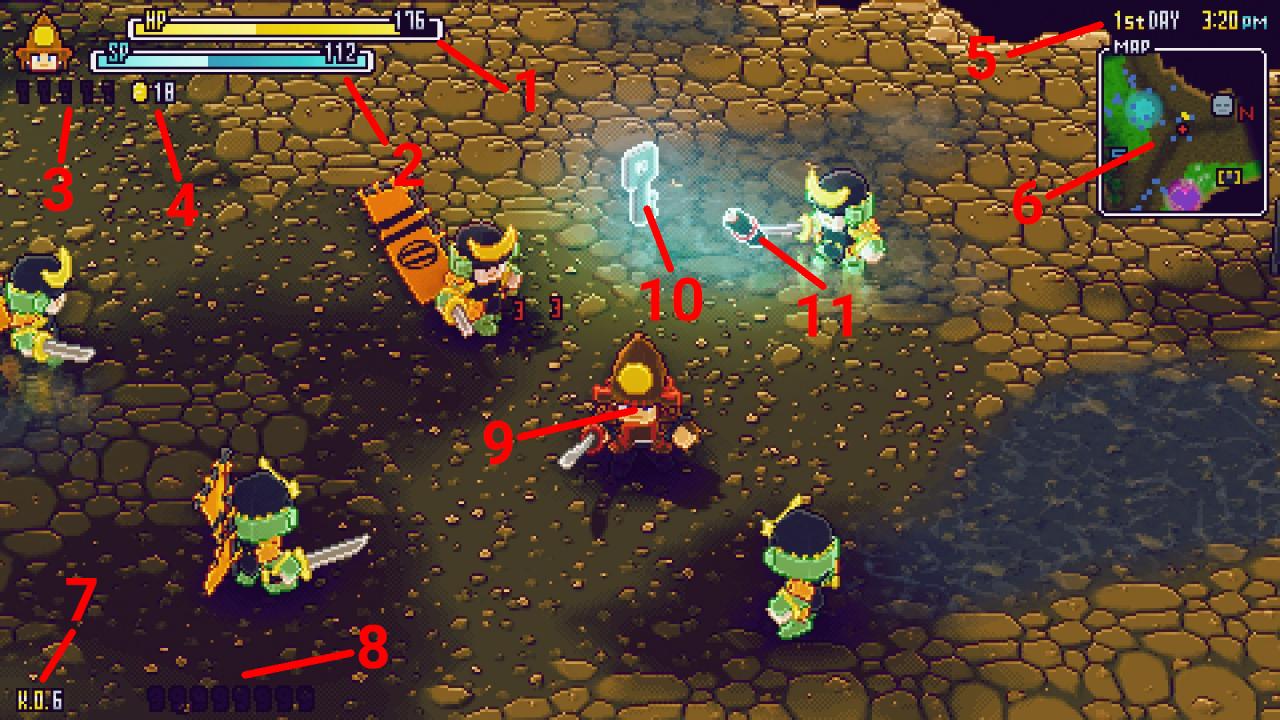 Time ticks on the battlefield. Samurai grow stronger with each passing day. The change is gradual, but real – take caution.

HOW TO PROGRESS (PORTALS)

To progress in levels the player has to go through portals to advance the stages. There are two types of portals.
Blue Portals 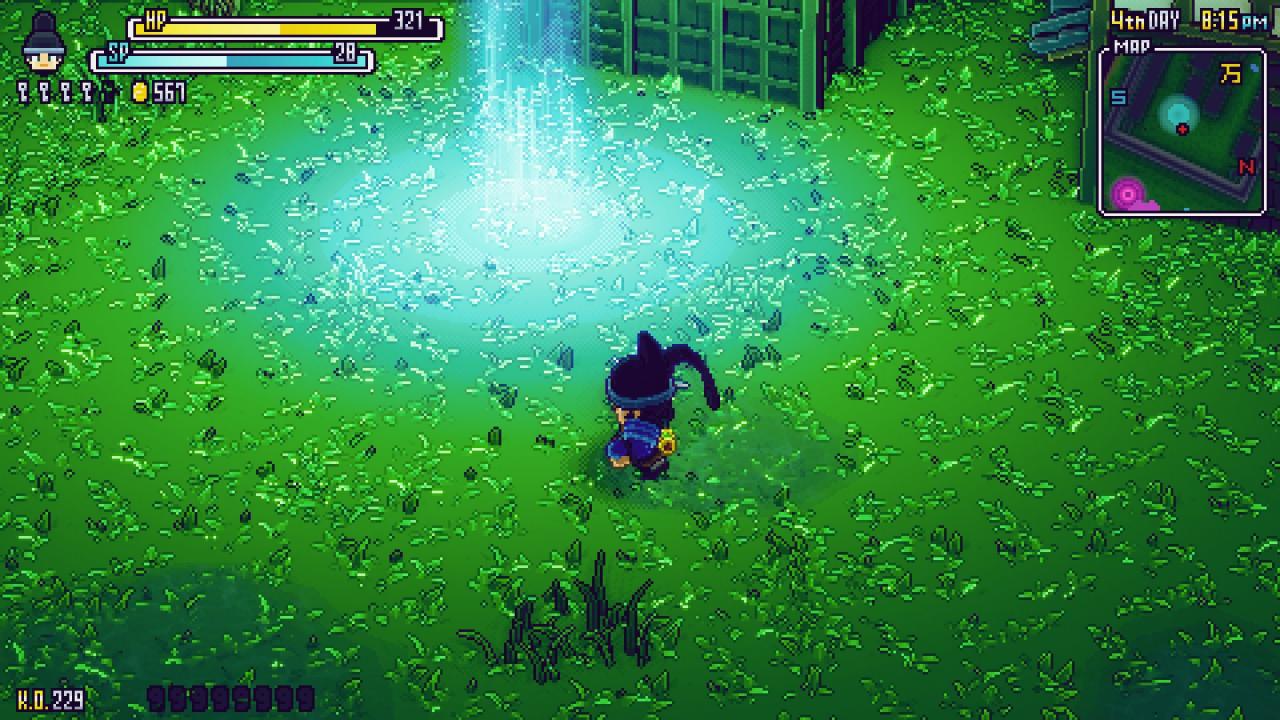 Going through a blue portal will throw the player into a new stage with new samurais and generals. Generally this is the way to access shops and getting new keys, scrolls and equipment. 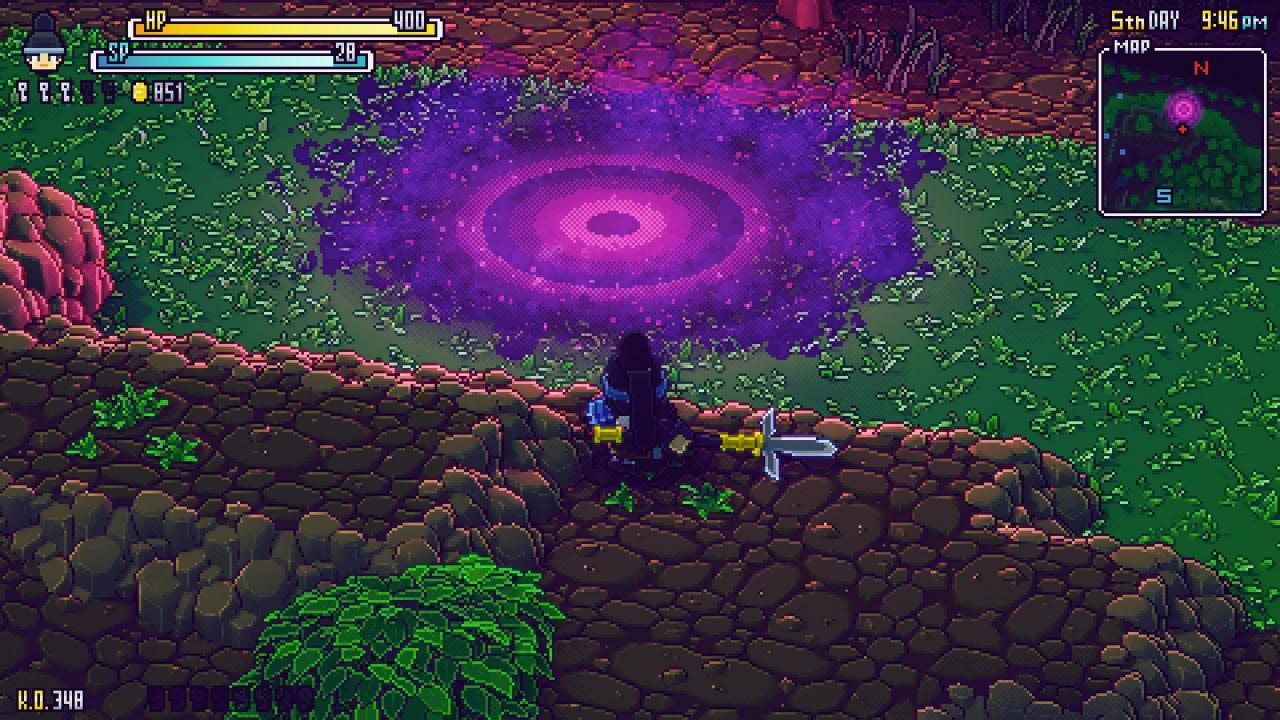 This is how the stage map looks like. The stage map can be accessed by pressing left on the d-pad. 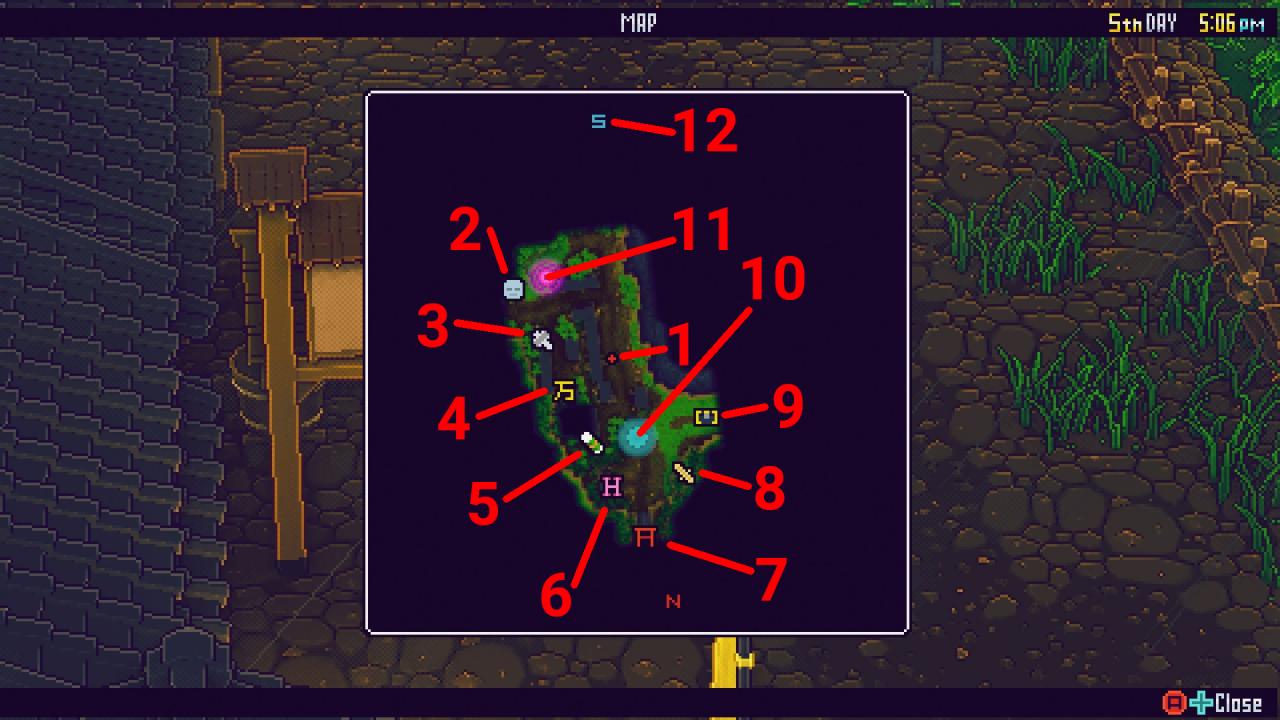 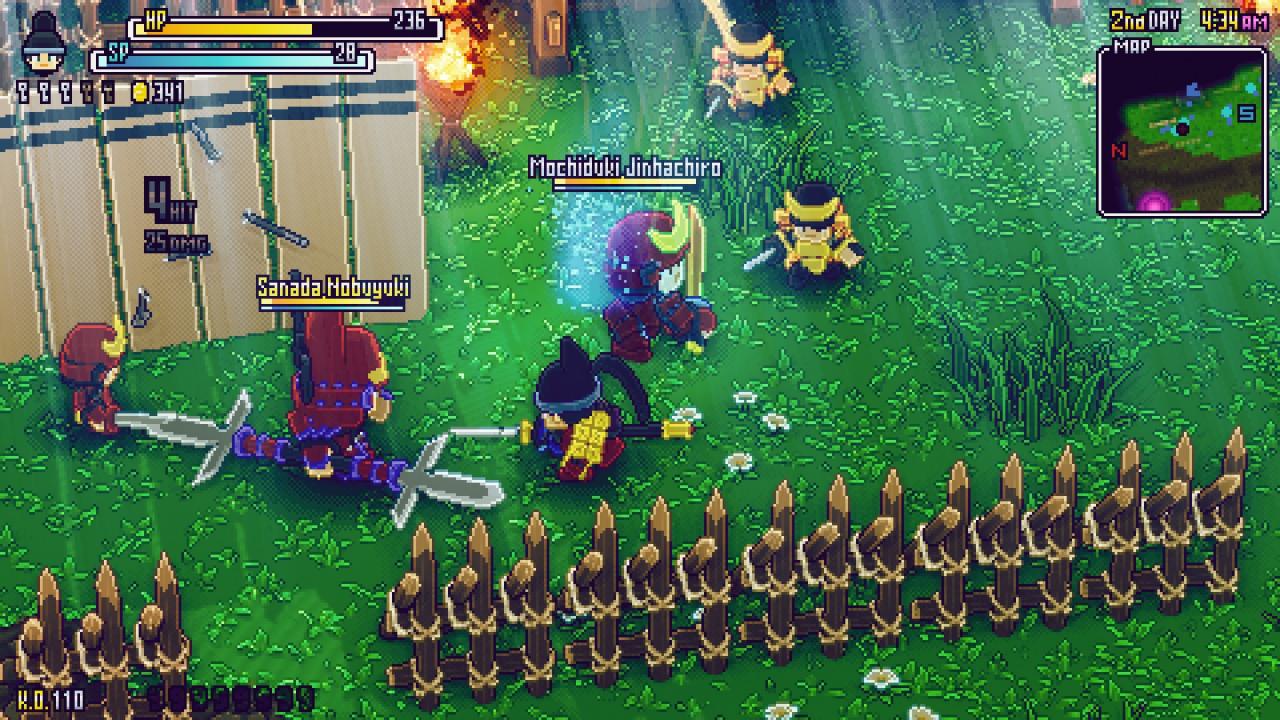 There are two types of generals in the Game. Normal generals have a white text as name, while brave generals have a yellow text as name.
The normal foot soldiers have no specific name dispalyed above them and are generally smaller (and more plentiful) than the generals.
Normal Samurais

These generals are generally easy to defeat and have no special moveset.

These generals can be quite challenging or easy as this depends on their strength and moveset. Killing a brave general will unlock the general in the home base to be picked by the player.

The game features multiple shops and NPC’s which will help the player on his journey.
JIZO 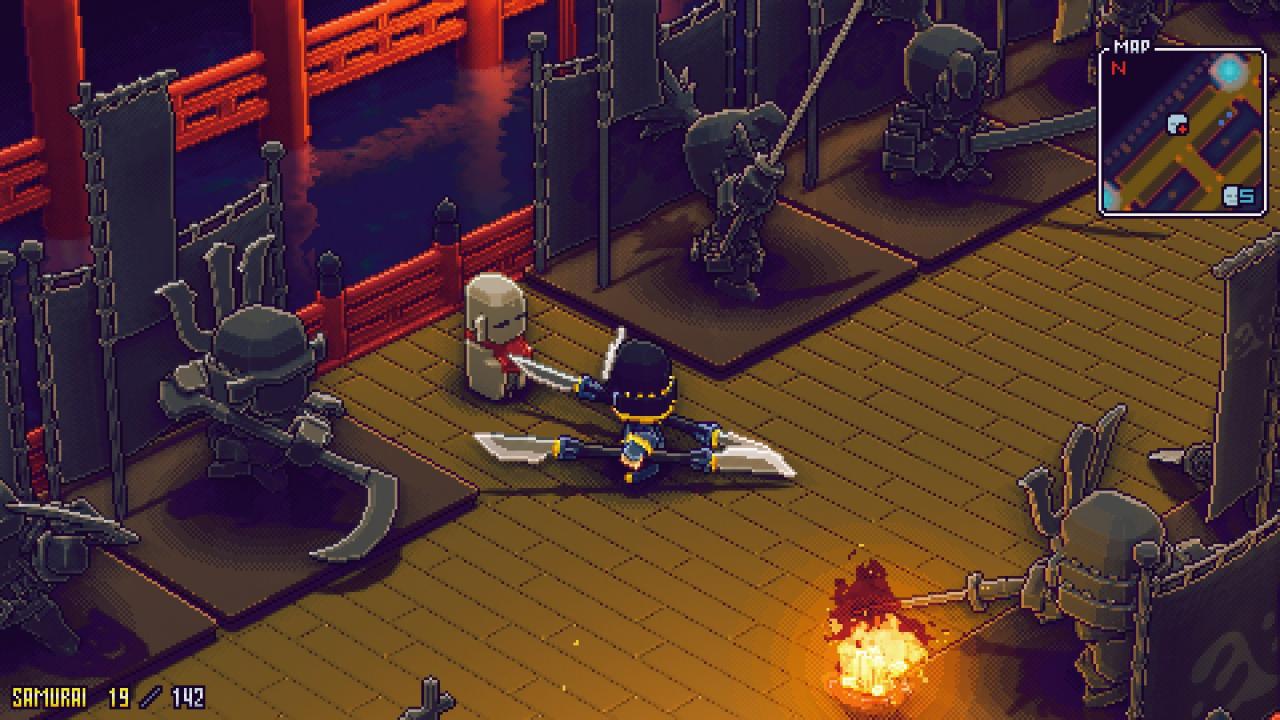 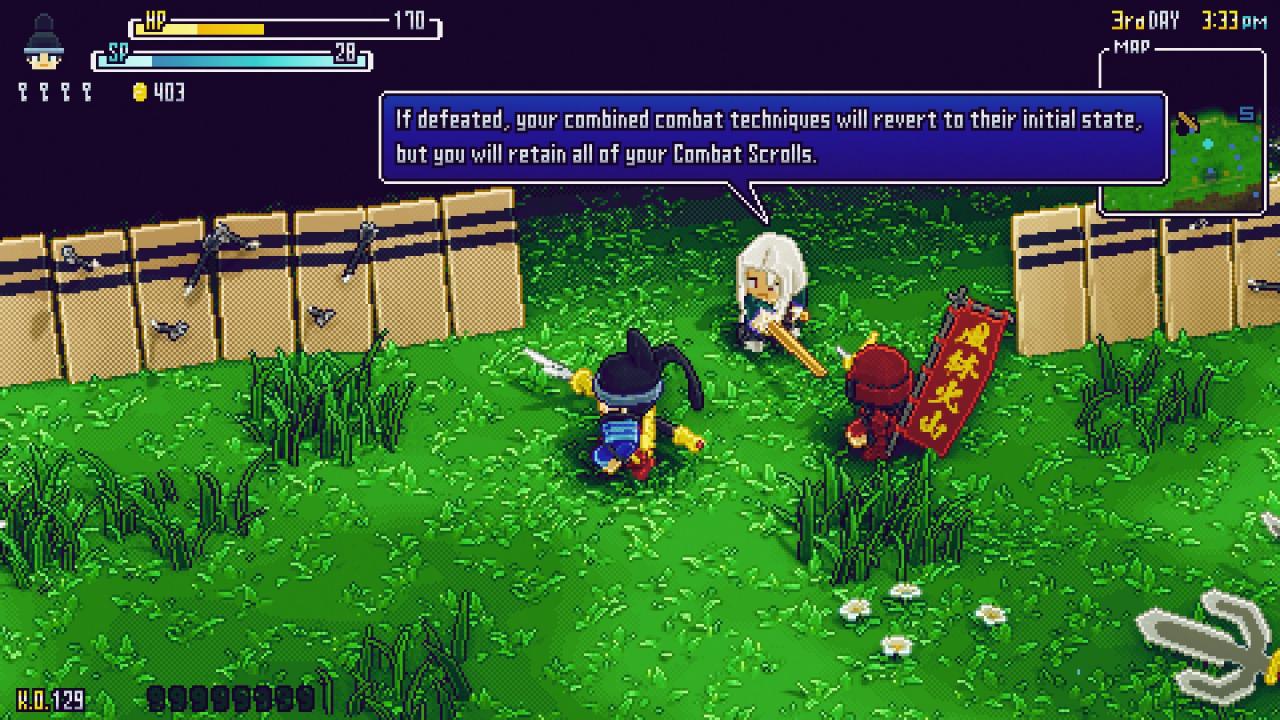 The master will give the player a new gameplay tip, whenever he is found on the map. 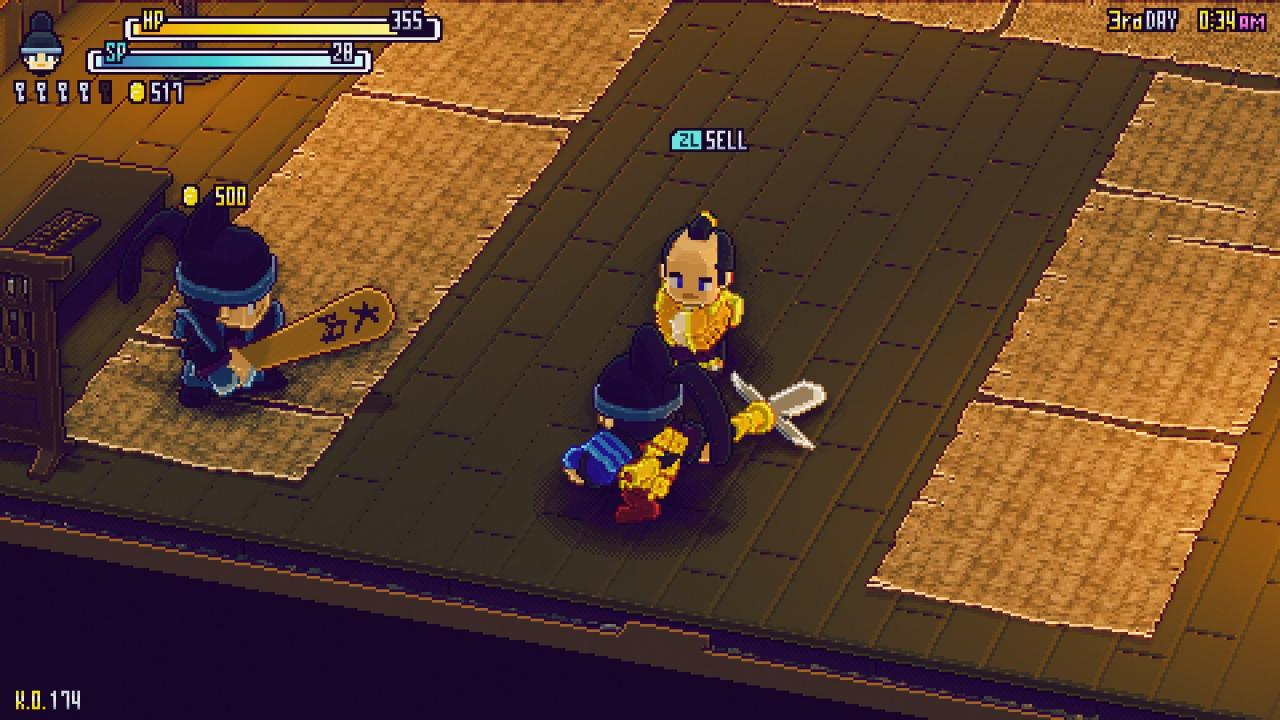 In the shop the player can buy new equipment by interacting with the samurai statues or sell already acquired equipment by talking to the merchant. 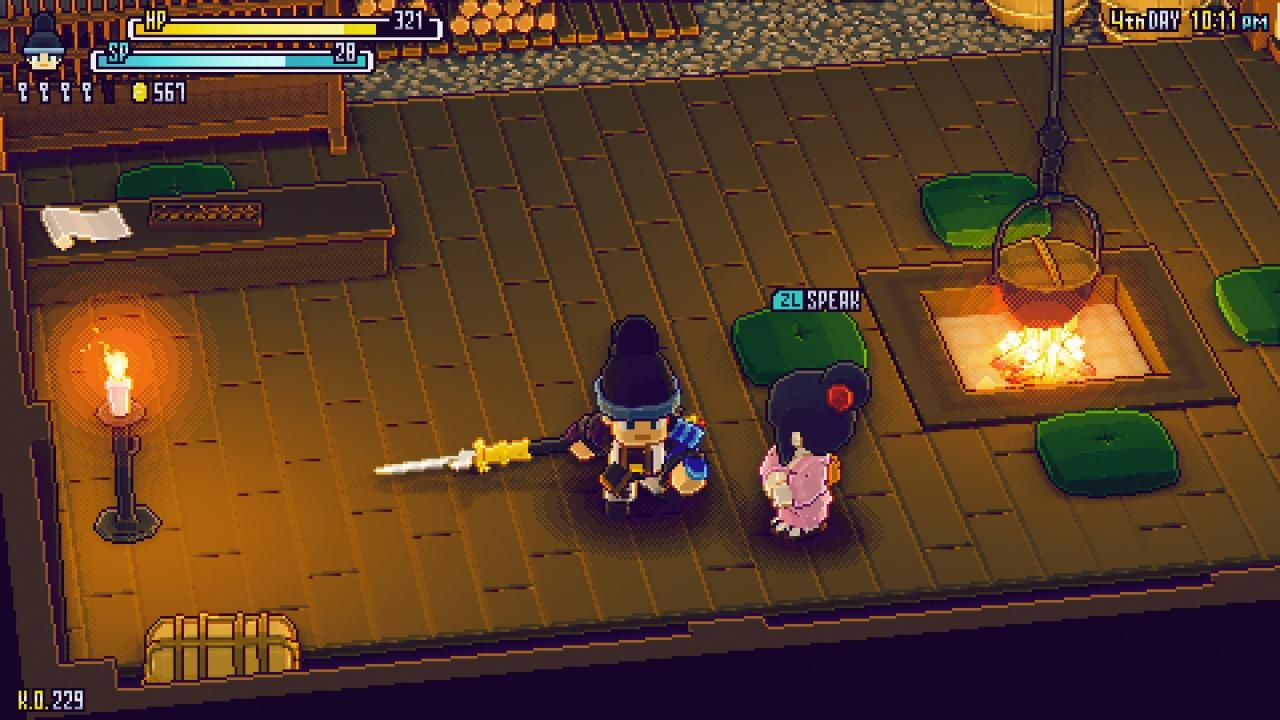 By paying a small amount of money the player can rest at the inn and recover his hp. During the recovery the game time will progress. The player HP will always be restored to the maximum and the amount of the time passing during the rest is depending on how much HP is restored. 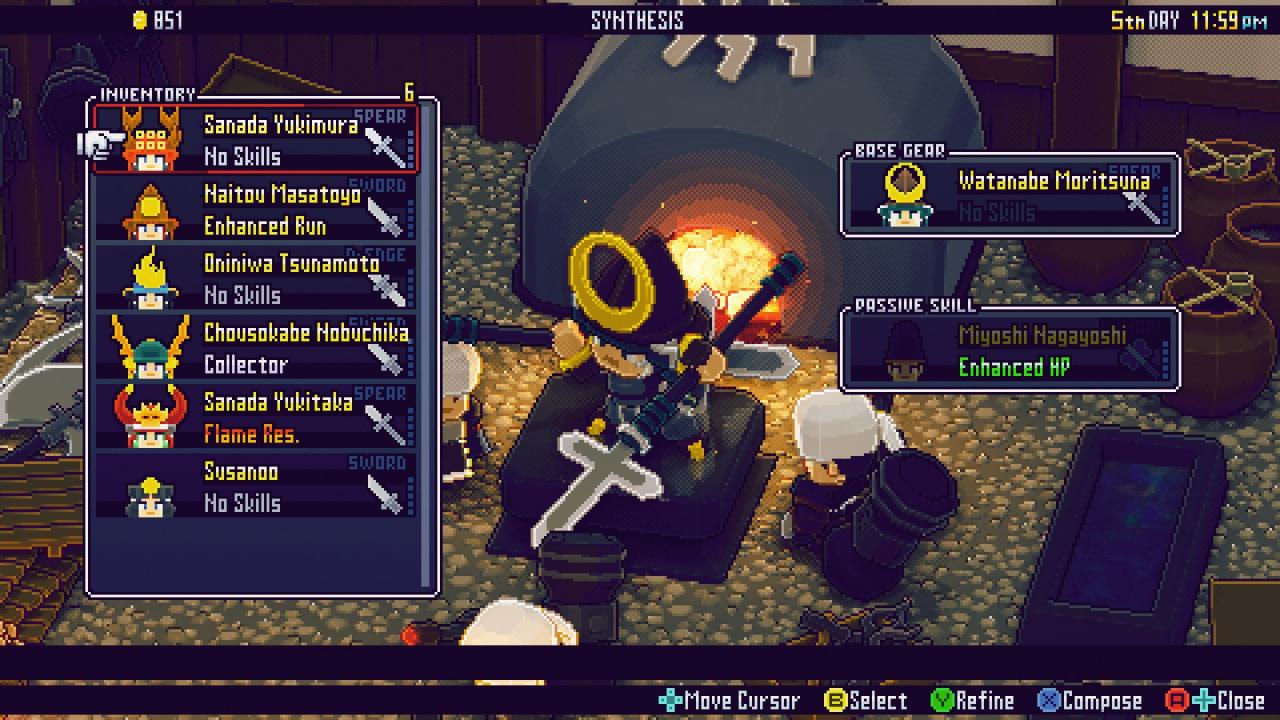 The blacksmith can be used to transmog equipment so that the player can have the best looking skin with the skill the player wants. 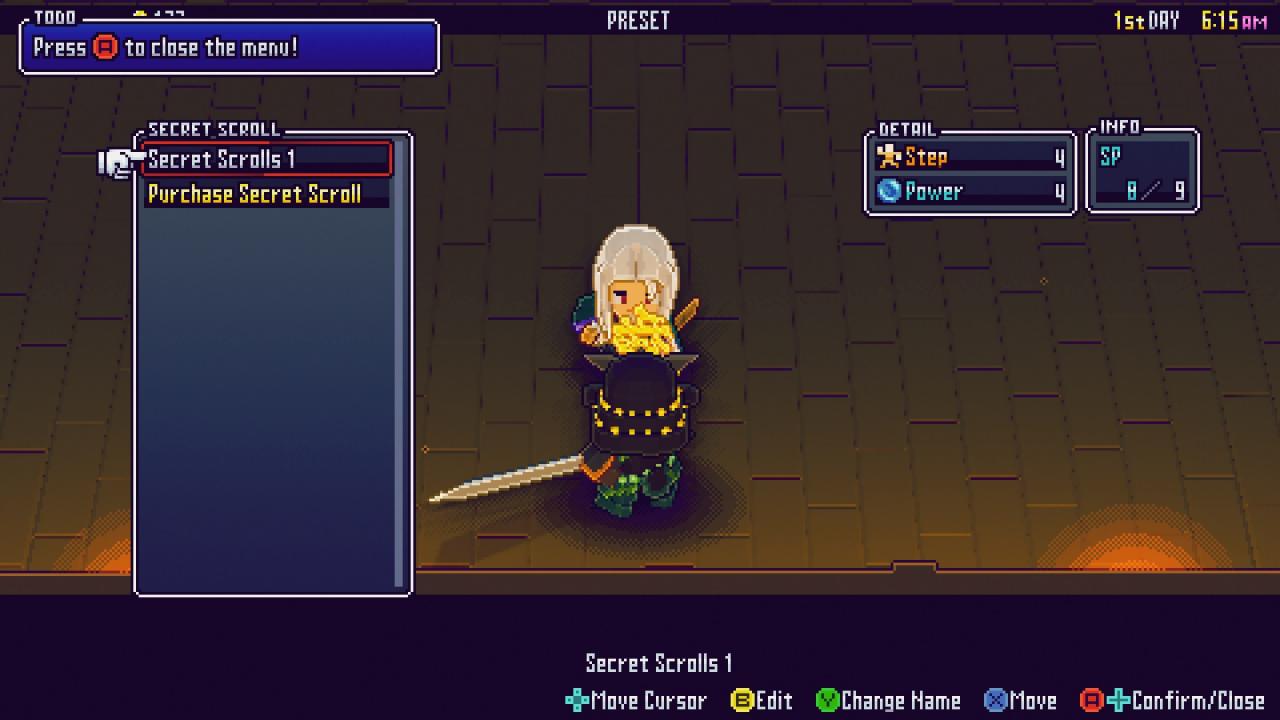 The player can buy secret scrolls at the dojo, which can be used to store skill combinations. These scrolls can be accessed from the action builder to easily slot skill combinations without having to input those manually every time.

In Samurai Bringer the player will eventually die and the question is, what happens afterwards? 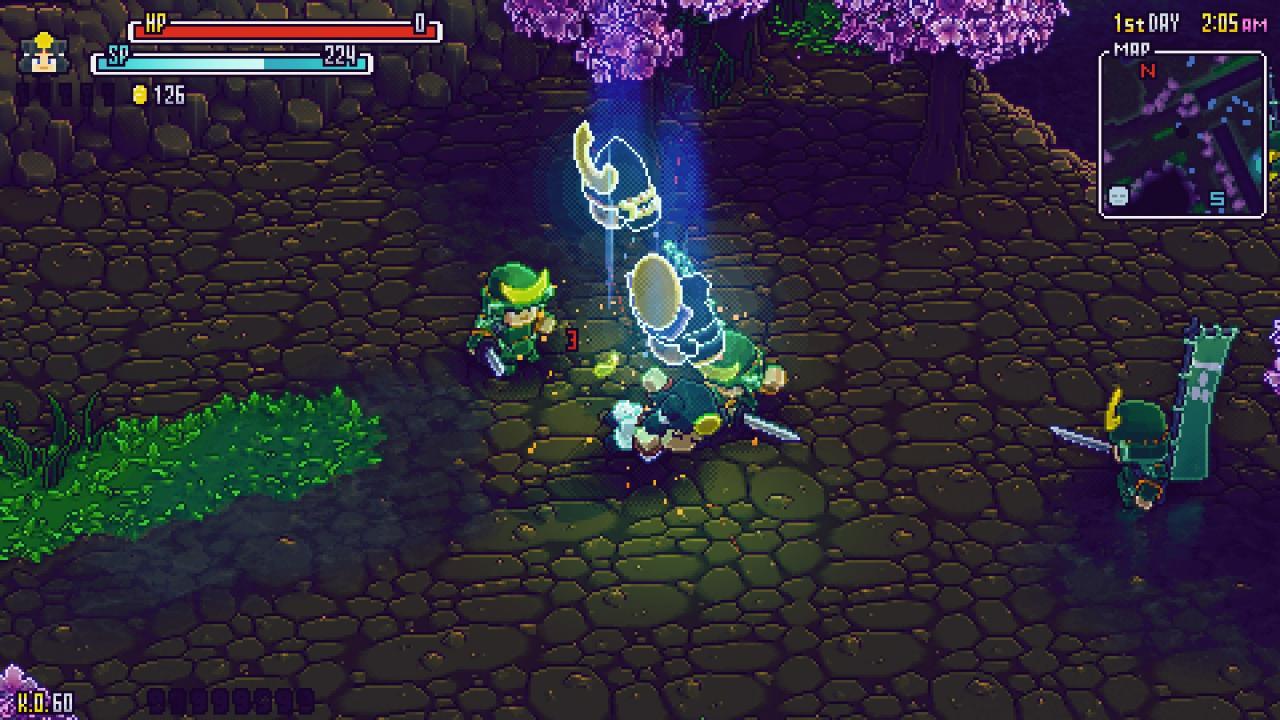 On the death the player will loose the following stuff:

The player will keep:

After each run the next run will start again on day 1.

The action builder can be accessed by pressing up on the dpad.
Overview 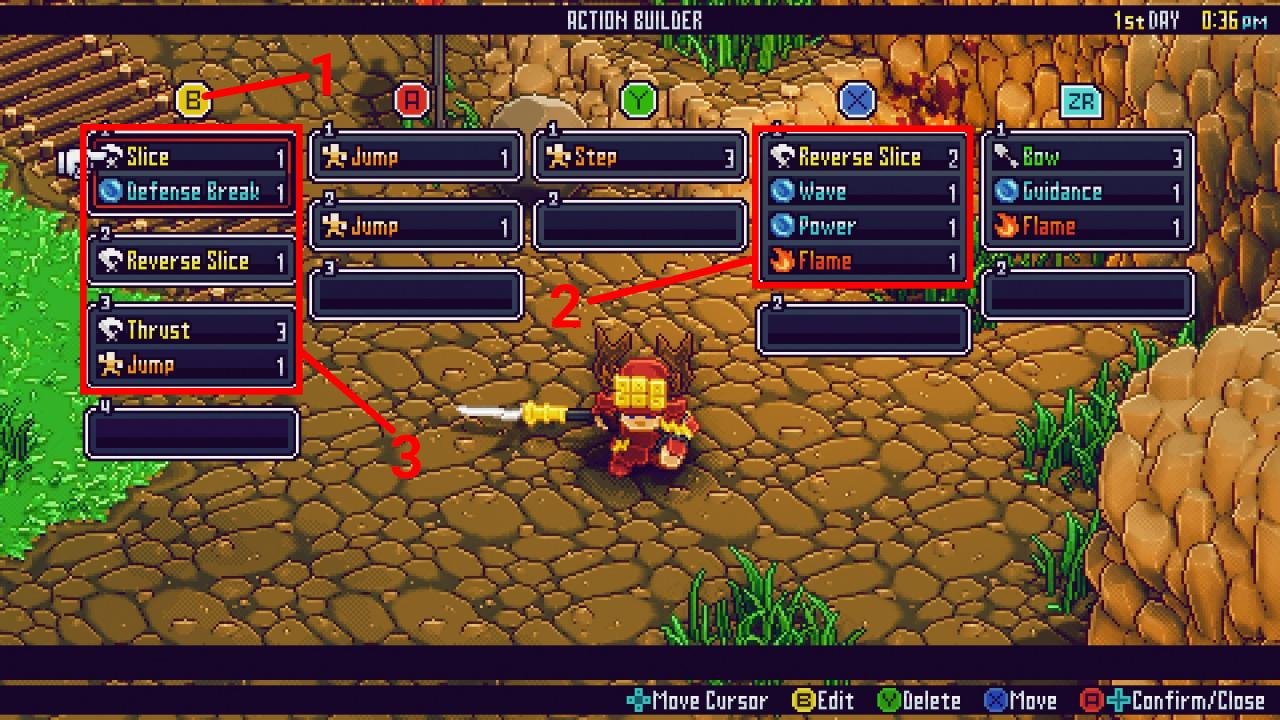 To edit a skill press the EDIT button. 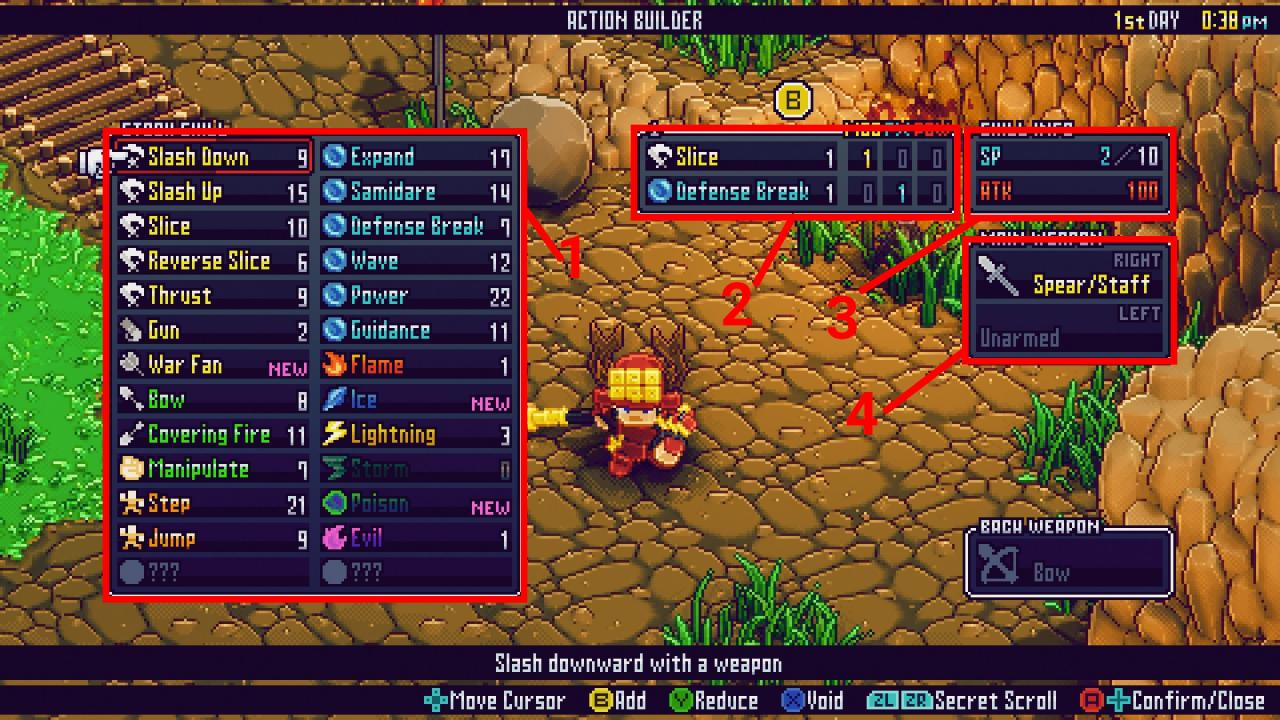 During building of an action, if you hear a success sound you have discovered a new attack combination. Try it out immediately!

The gear builder can be accessed by pressing down on the dpad. 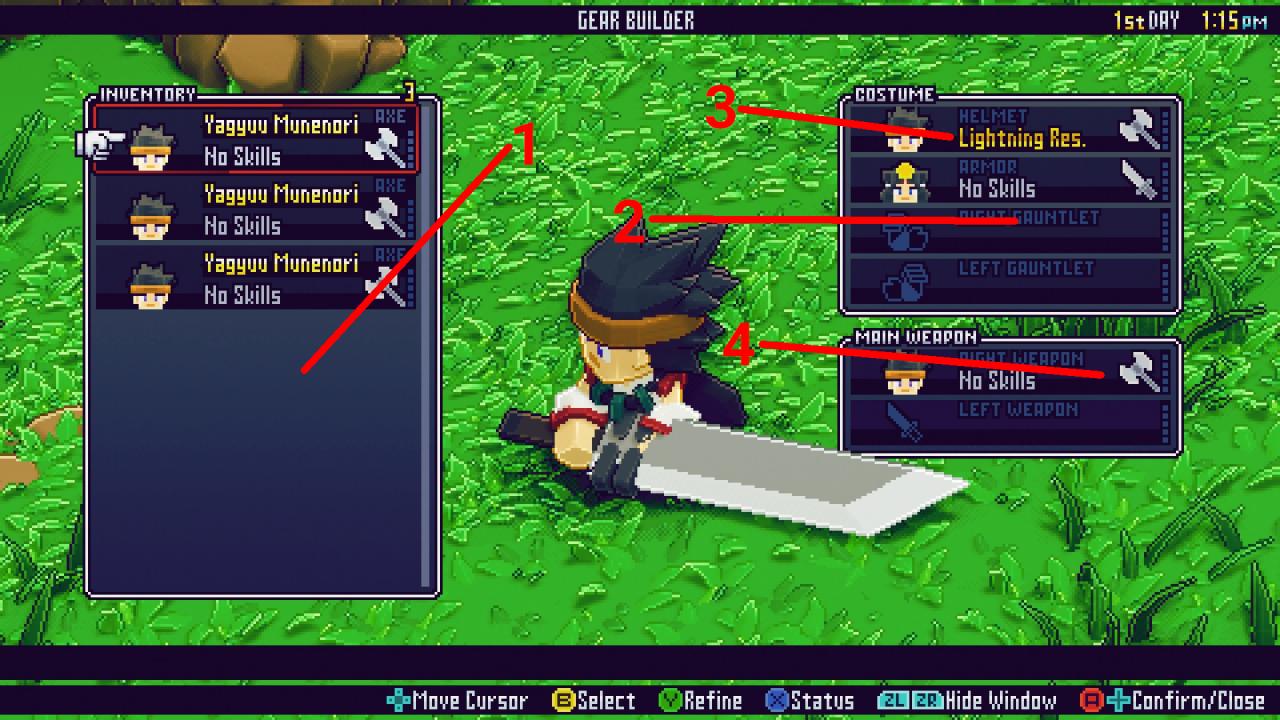 Each part can be equipped as weapon or armor this has no influence on the passive skill it will be always active.