Here is a simple guide for the controls and some basic informations for beginners. enjoy the game. 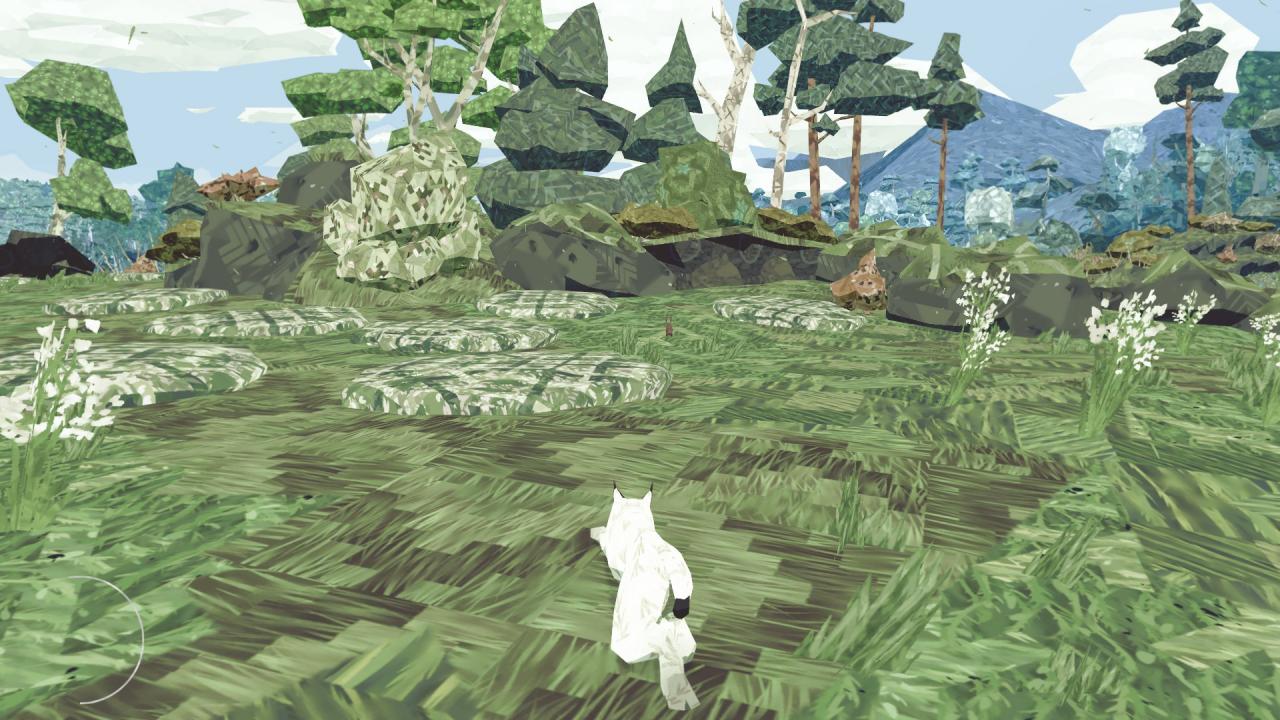 Lynx Stalking a Rabbit
The Beginning

Here you start off as a pregnant mother lynx, who is currently being chased by wolves, here the game tells you how to run and jump. After running from the wolves for a while, the game tells you to jump onto a plateau, you should try to remember this. When you make it to the next area, the stars lead you to your den, soon after, you will have cubs. Each game of shelter 2 lasts for about a year and a half in game. Real life time, it takes about an hour and a half. 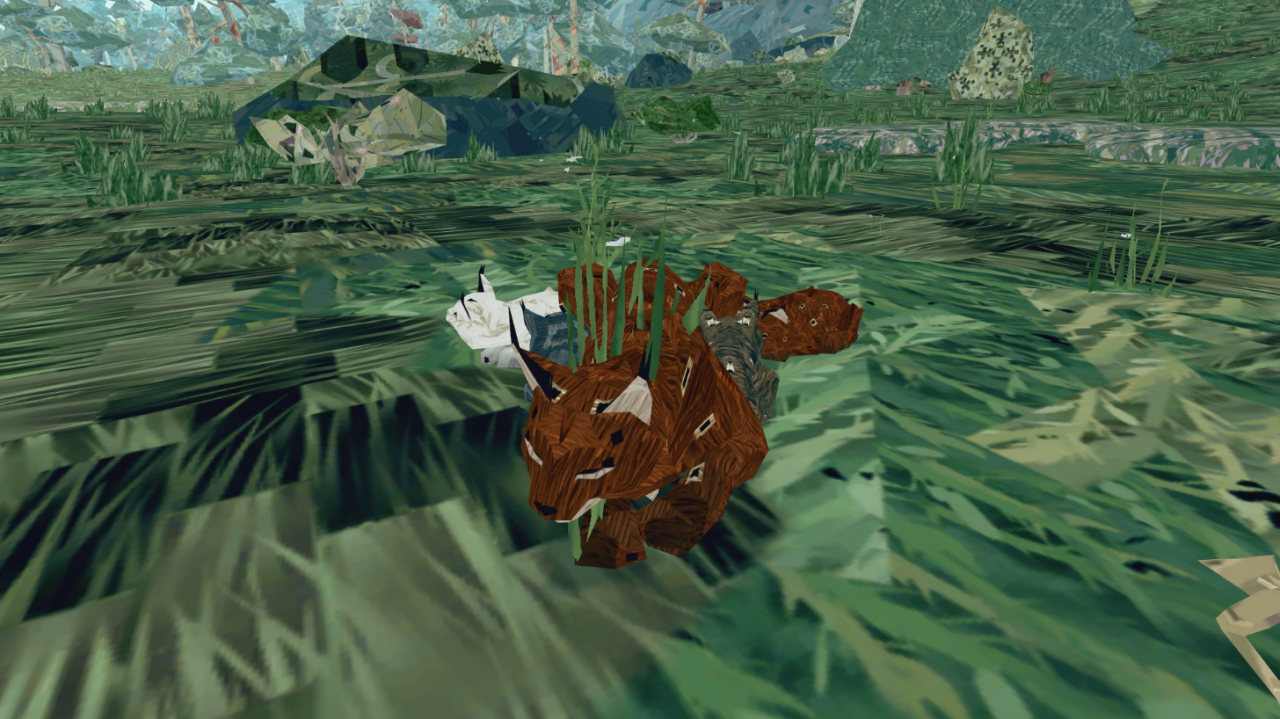 Stamina is a crucial part of Shelter 2. Without stamina, you can’t do most things, like run and jump. When you first start out, your stamina is all the way full, which is marked by the full circle in the bottom left of the screen. After a while, stamina slowly decreases, but faster when you run and jump. Stamina comes back slowly, faster when you are standing still. You can have it come back faster by eating. In Normal Mode, stamina comes back on its own, but stops about half way. You need to eat to get back a full circle. In Survival Mode, stamina only comes back a little over a quarter of the circle, and like in Normal, you need to eat to get the full circle back. You can also regenerate stamina back by drinking, and it will refill cub hunger a little. 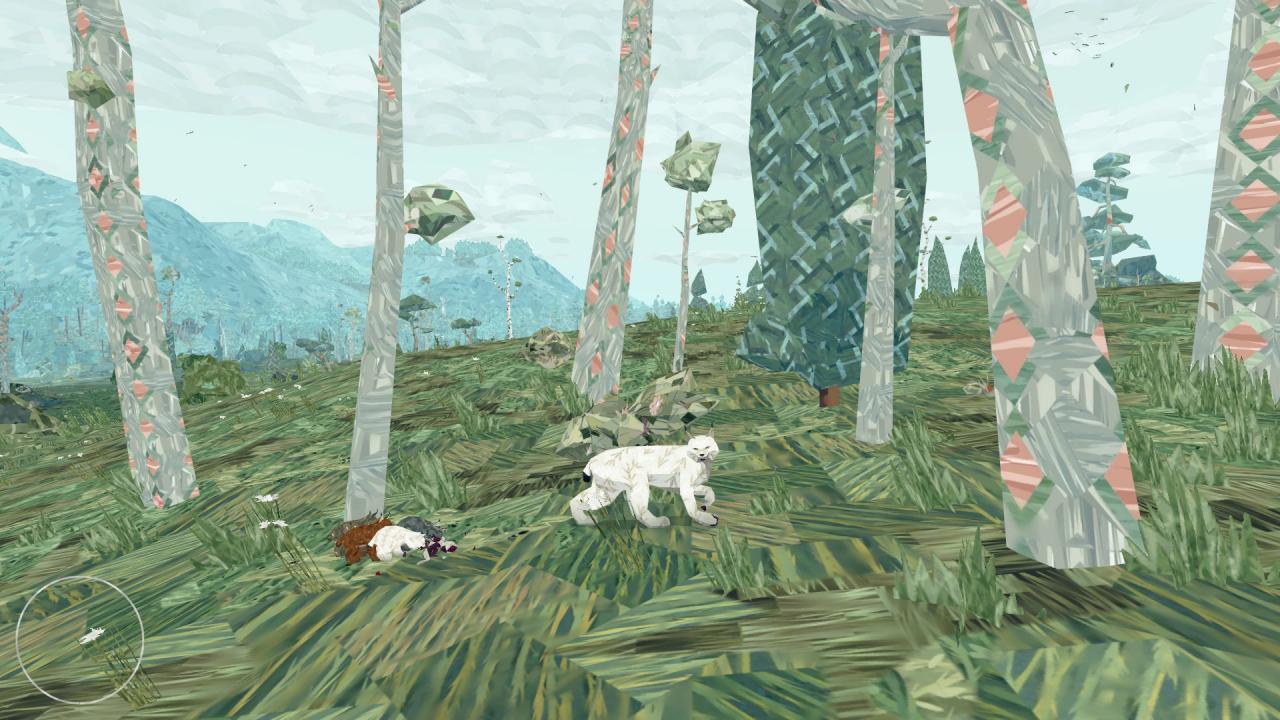 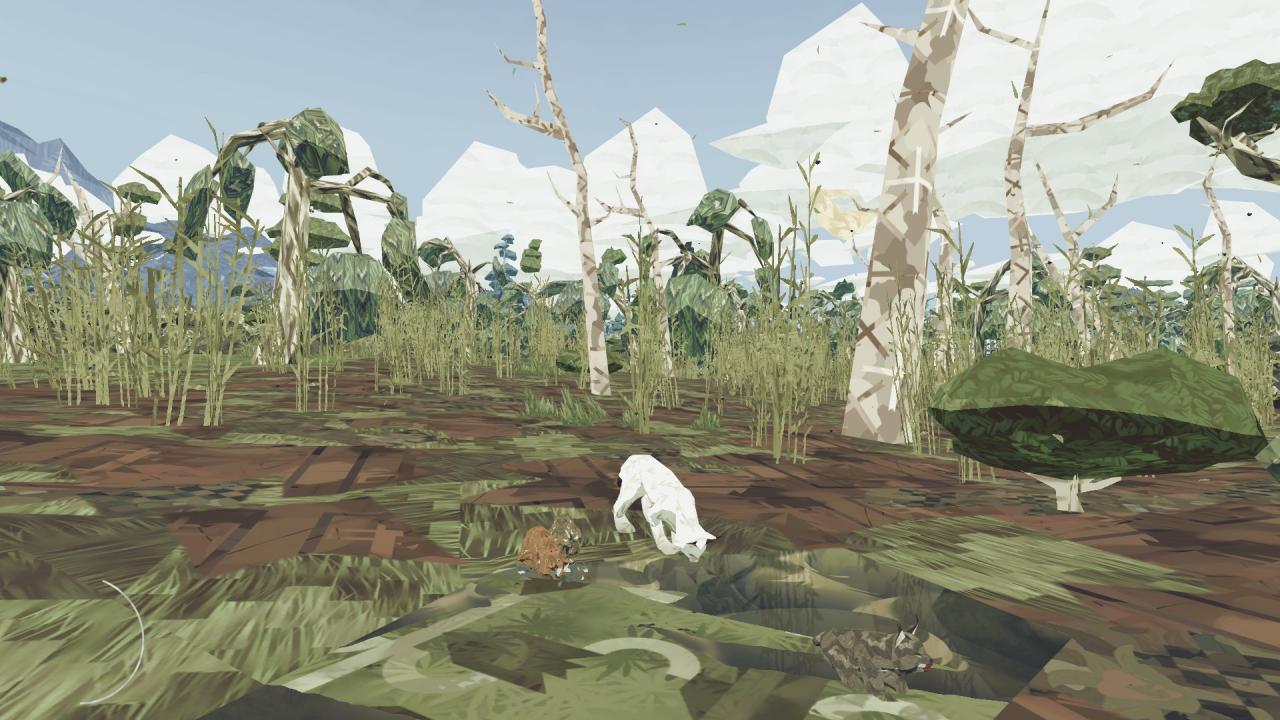 These are different sets of items scattered around the different areas. They shine and have a gold tint to them. To pick them up, just simply walk up to them. Some prey and predators drop a skull when killed. The Mountains DLC adds a whole new set of collectables that are available in the Mountains. The base game collectables are rabbit skulls, deer skulls, phesant skulls, rocks, leaves, flowers, mushromms, feathers, branches, and rare collectables (redleaf). The Mountains collectables are fox skulls, eagle skulls, flowers, branches, mushrooms, leaves, rocks, and rare collectables. You can collect as many skulls as you want, but the others have just so many that are in the maps. The number under the symbol of the collectable would be like 7/15, this mean that you have 7 out of the 15 available collectables of that type. There are also another set of numbers below that, like (4/7) branches, so say you are in the Tundra, this means you have 4 of the available 7 branches in that area. All collectables are in the same place everytime you go into the game. There is not point to collecting them except for fun and some achievements. 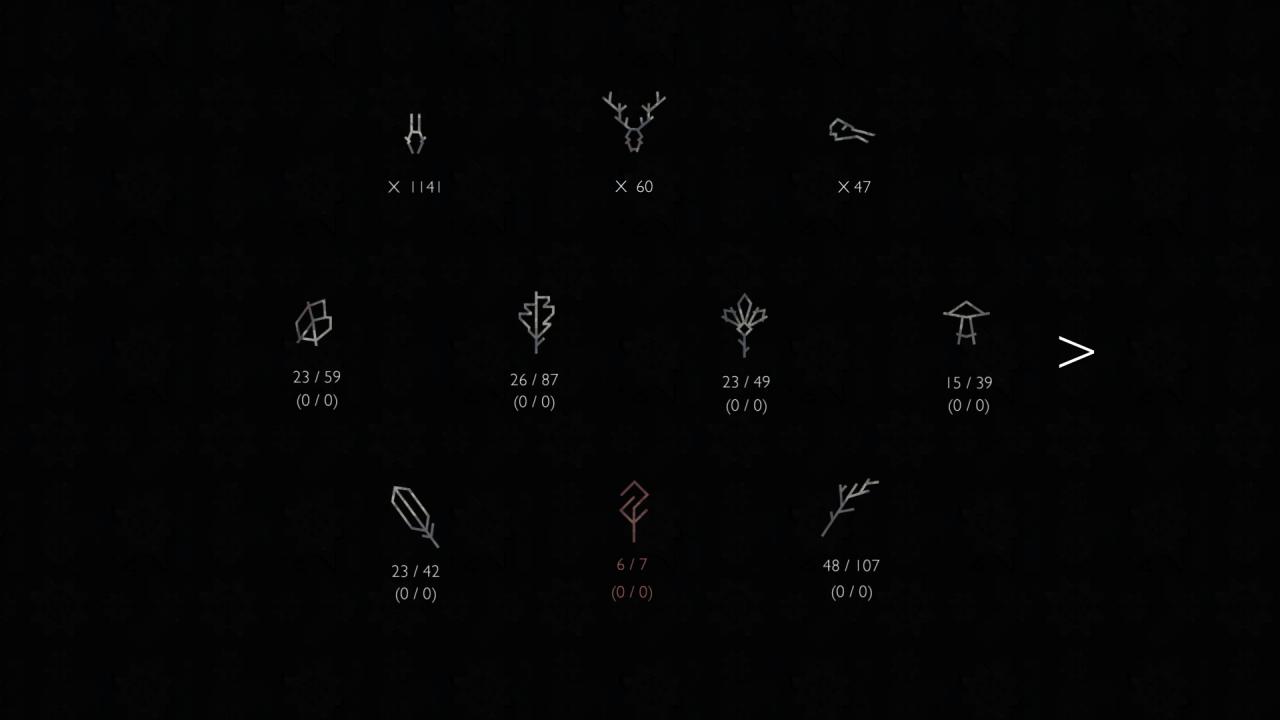 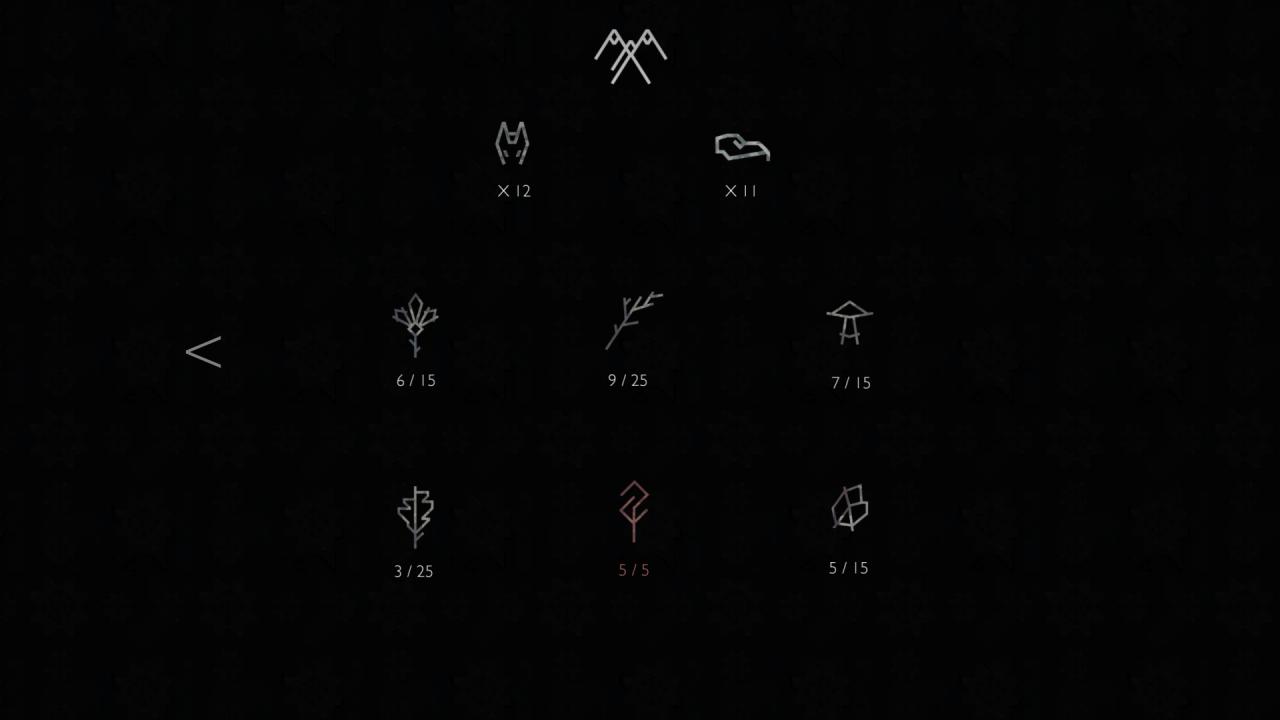