The builds below will also help you breeze through everything below challenge 3.

Selecting the right hero is the first important decision you’ll come across. You might wonder which of the heroes you’ve spent your hard earned cash to unlock is worth picking. Surprisingly, none of tier 2-3 ones. 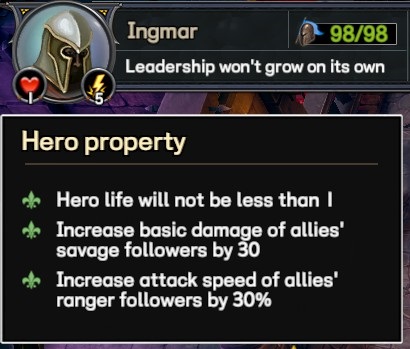 At higher levels your party will wiped out a lot. The Free base tier 1 heroes cant go below 1 heart which makes them immortal. This will allow you to experiment with various positioning, builds and if nothing works, to roll for different enemies.

The only way to lose is to come across a match up you cant beat. Resets will save your run, they are also quire expensive and rare so use them sparingly.

Cool trick early on is exchanging your diamonds for gold. With each purchase the price increases exponentially but if you can get at least 50 gold that will give you a great advantage early on.
Use the gold to buy leadership until the cost reaches 10g per leadership. With the leftover gold you can spend on extra rolls to find whatever follower you need.

While experimenting with different classes I found that the straight forward back line rangers and front line guardians worked the best for me.

Early on you’ll want to get 2 guardians and and then alternate between buying leadership and rerolls until you get the 6 rangers synergy. After beating the gemini lords you can slowly start to expand your leadership until you have enough for 6 guardians. 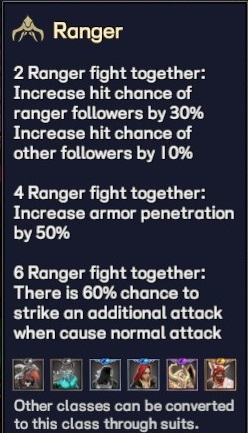 Assassins mostly worked against match ups with a squishy back line, in other cases they’d just blink and die.
Mages with their aoe were great against summoners’ many units but the same aoe would get them one shot against enemies with return damage.
Summoners I have a feeling might be broken considering how many times they’ve beaten me, but that might just be the build I’m using being weak against them. 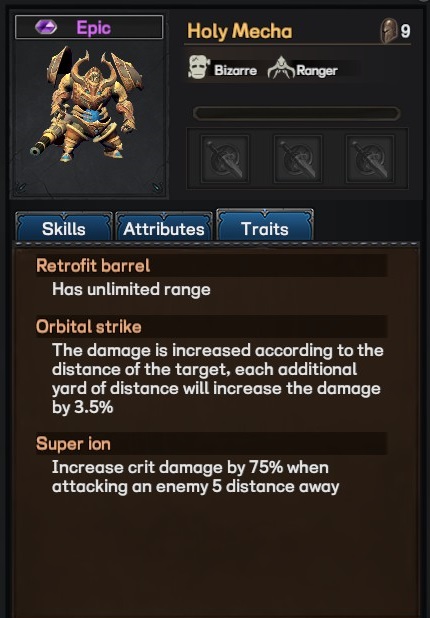 Main damage dealer.
He’ll always focus on the farthest enemy and once you unlock his traits he’ll have unlimited range. This lets him take the role of an assassin, clearing the enemy back line, without putting himself in danger. His high dps draws a lot of aggro making him the target of many enemy spells, make sure to have the Shelter spell ready to save him. 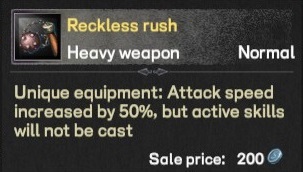 Some rangers lose dps while stopping to cast spells. This item is absolutely needed on him since the cast time is so long and deals so little damage.

His final build should look something like this. The double leech suffix lets him stay alive if he doesnt get one shot. 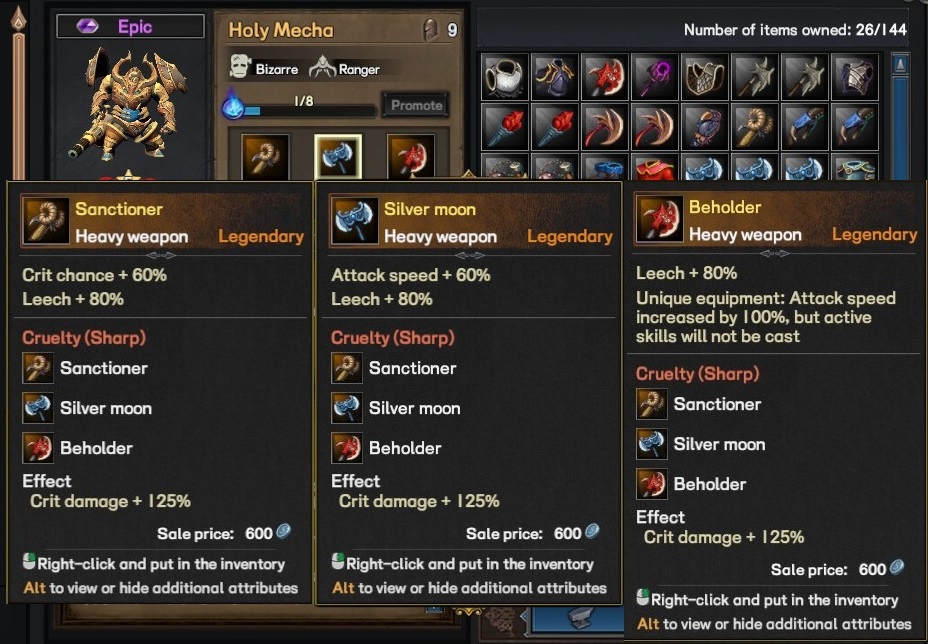 You can replace one suffix with Gem Boots, the 30% attack power might be a good alternative as well, 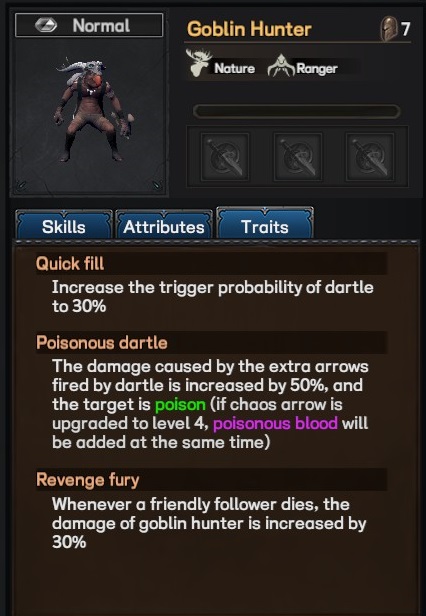 Second highest damage dealer.
His trait gives him a 30% chance to shoot twice which seems to stack with the 60% from the ranger synergy. Try to position him so he dies last to take full advantage of the revenge fury trait. His dps has the potential be even greater than Holy Mecha.

Full attack speed seemed like a fun build for him. 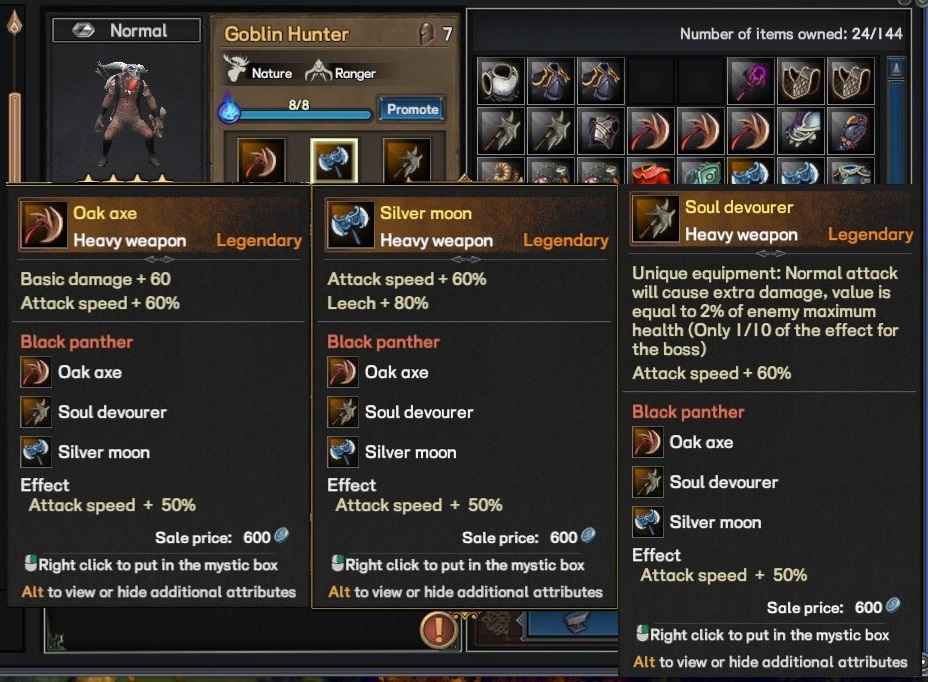 Replacing a suffix with reckless rush might also be a good alternative.

What you build on the other rangers is entirely up to you. You can go for attack speed and damage auras or just copy one of the builds above for more damage. 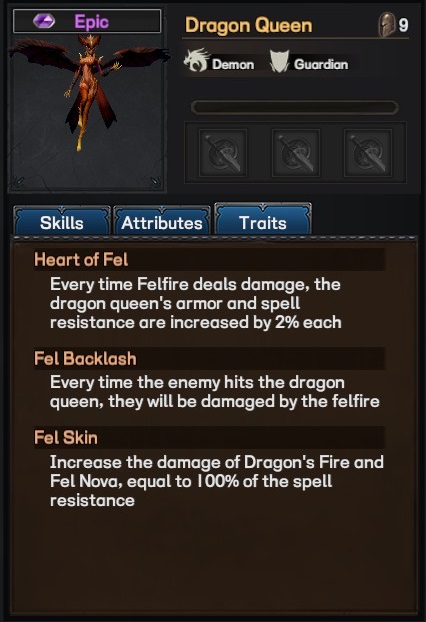 Main Tank.
When everyone on your team dies, she will be the last one standing. Her high base hp and resistances from traits allow her to tank almost everything. 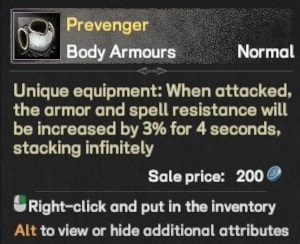 Prevenger seems like a great item for her but not quite sure if there’s a cap on amor and spell resistance. While it could make the item redundant it does seem to help early game. 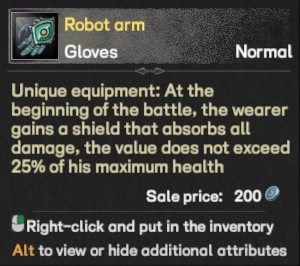 Another great item to have on tanks, significantly boosts their survivability.

The max health suffix is a great addition to her already high base hp. 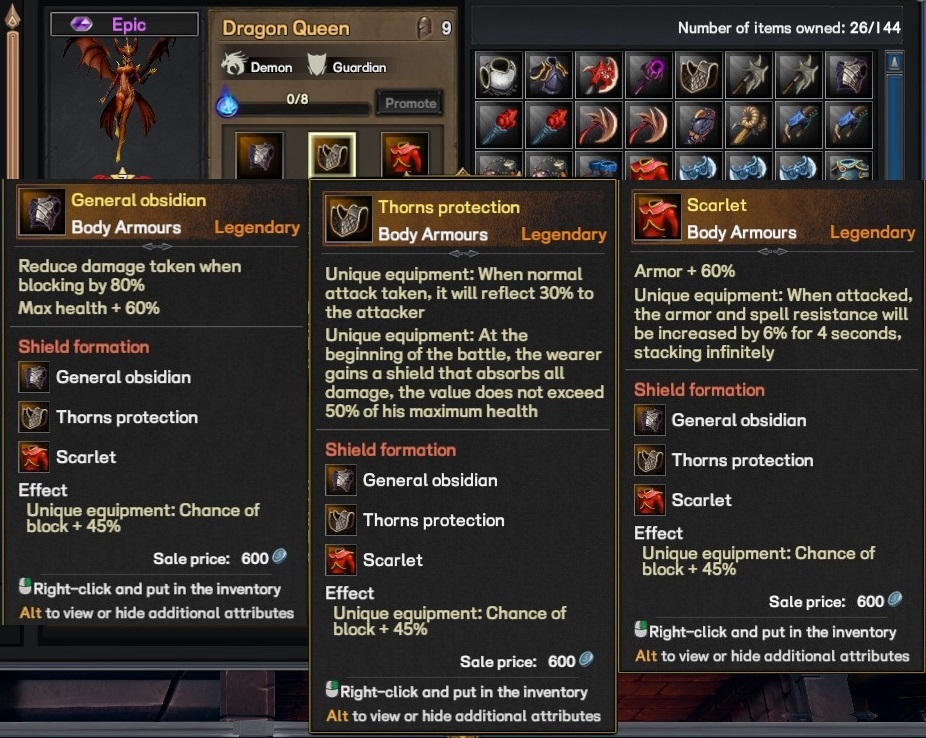 You can swap the robot arm suffix for more health. 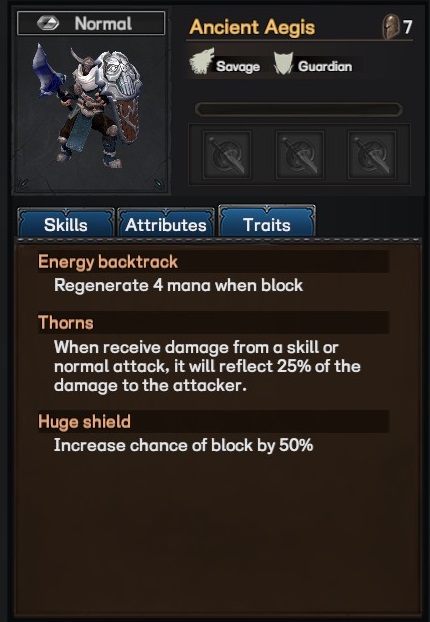 Secondary Tank.
His main role is to tank early game while dragon queen is still weak and take the heat off your dps with his taunt. Late game he completely falls off sometimes dying before even being able to taunt once. 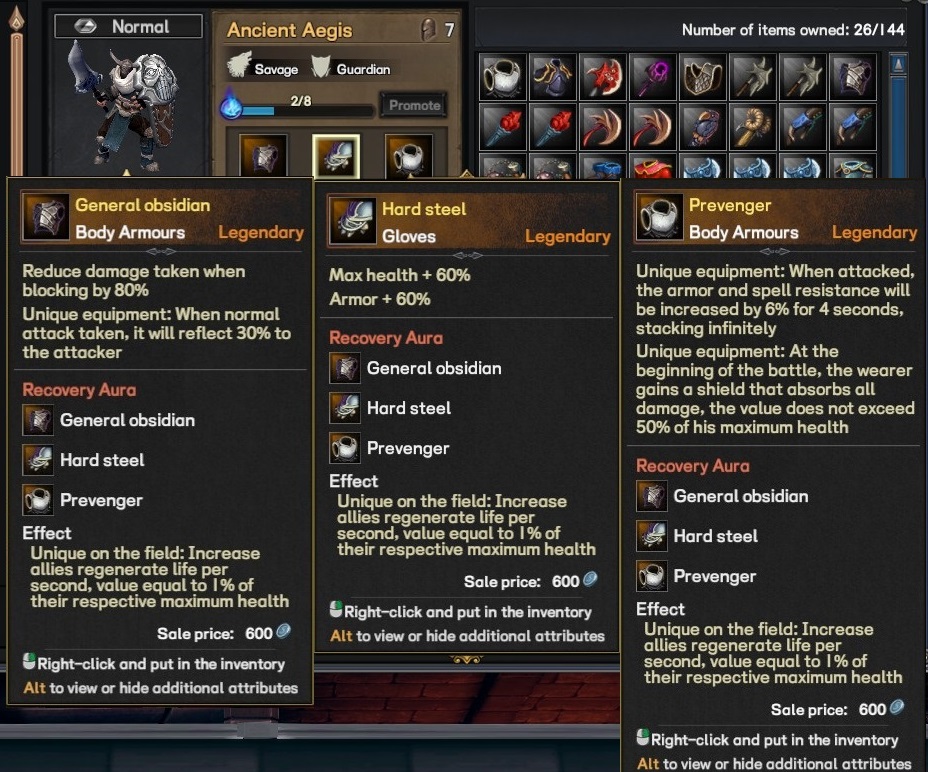 He might take more punishment with a block set but wont be near as good as dragon queen so just went for an aura set. 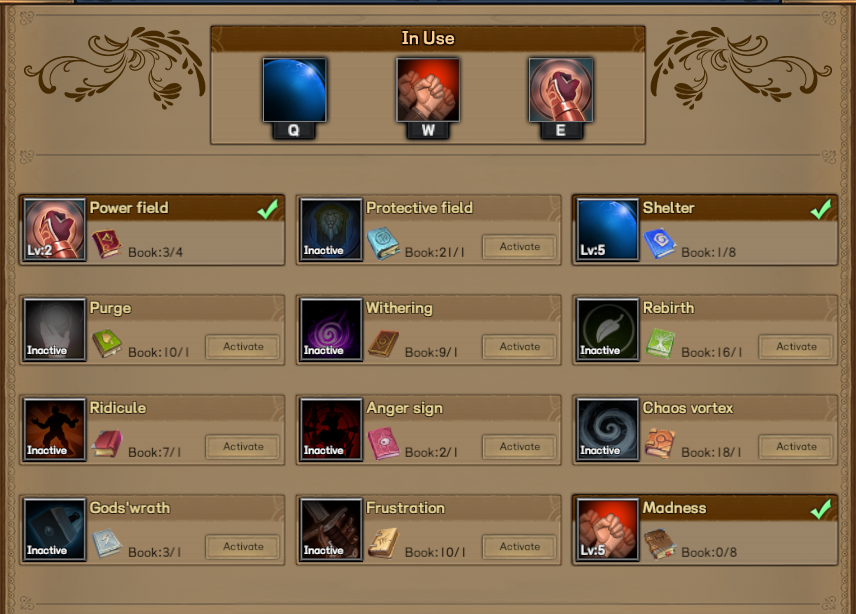 Shelter: Used to save your Holy Mecha when he gets jumped. If he’s not in any danger use it to keep the Dragon Queen alive.
Madness: Used to buff your Holy Mecha. Dont use it if he’s about to get jumped though.
Power Field: Position your rangers so they’ll all be affected by the spell. 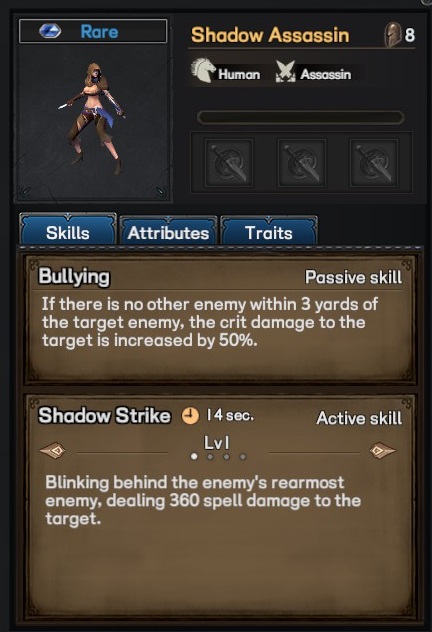 Assassins will be able to shred your back line before the battle even starts. Beware of 6 assassins, especially of the Shadow Assassin. Even when alone she can cause havoc. 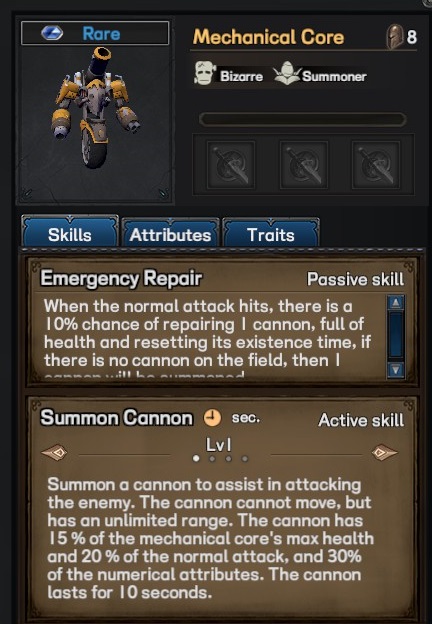 Summoners will overwhelm you with enemies and Mechanical Core’s turrets will attack the back line directly. Since your damage is mostly single target there’s not much you can do against them.

Guardians are very inconsistent, not sure why. At synergy 6 they get 30% extra return damage. With enough lifesteal that shouldnt be a problem except sometimes the lifesteal doesnt work at all.