Having trouble emancipating in the multitudes of subsequential forlorns, secretly hidden in the crevasses of the esteemed forest? Well say NO MORE, unless of course 😉 for in this precise guide I shall be entailing the locations of all 7 vitally lost embers to save some vitally profuse struggle and to turn all who dare to read the archaic slides of this guide to be a forlorn finding Master!!!!

Predominant sequential secrets in the cavernous corridors of the forest! Revealing the unknown! 😉
Greetings! Welcome to my reverberating and precise guide on where the 7 intertwining memories are located in the last campfire’s first beauteous environment! Please enjoy the revealing of the unkown, and with the power of embers fiber optics, 😉 you shall be a forlorn finding master in no time!! If YOU DARE, of COURSE!!! 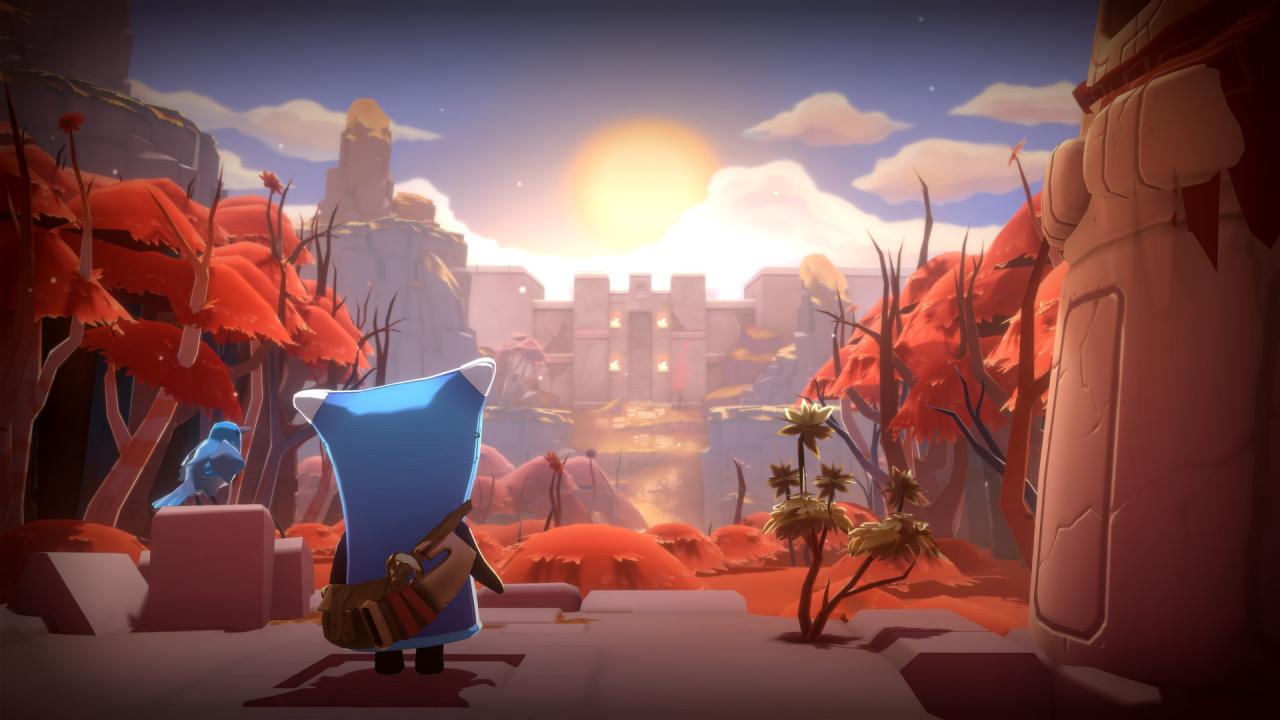 Forest Forlorn #1: “The Guiding Light” – So you’ve DARED to embark on the perilous journey of no return, with miniscule chance of survival, to become the true forlorn finding master!!! You will knot have any doubt! 😉 When you first enter the game, continue proceeding with the story until you reach a clearing internally, which contains the first vital forlorn, profusely unmissable to the main story. To train your inevitable fiber optics, complete the simplistic puzzle which involves moving a golden statue to a plethora of places and soon after, you shall be WELL on your way to becoming a forlorn finding master! Now, after profusely telling the world with uttermost enthusiasm, get ready!! The eccentric training awaits! 😉 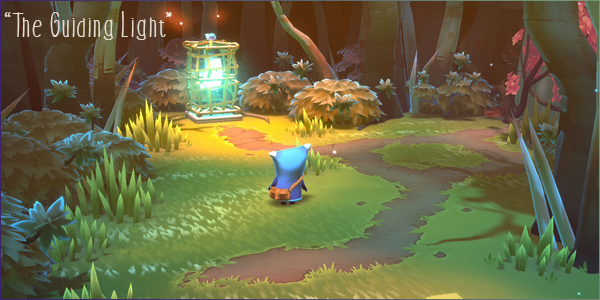 Forest Forlorn #2: “A Fragile Flame” – Once you’ve reached the profuse campfire of the forest, and done a vigorous dance for getting there, 😉 from the Campfire, head left and keep going until you reach a small bundle of flaming sticks. Pick up one of the sticks and go up the hill just to the right if it (right of the bundle of sticks, left of the gated area). Use the flaming stick on the malicious vines to remove them and head inside the Cave. Immediately in front of you is a Skeleton with a Fishing net on its head. Make sure you pick up the Fishing Net as you’ll be needing it for another Ember and a few trophies. Go around the large rock to the left to find the next Ember, and following the reverberating puzzle of uncertian DOOM, 😉 you can tick another forlorn off the list, and prepare to profusely rage on the next one, forevermore!!! 🙂 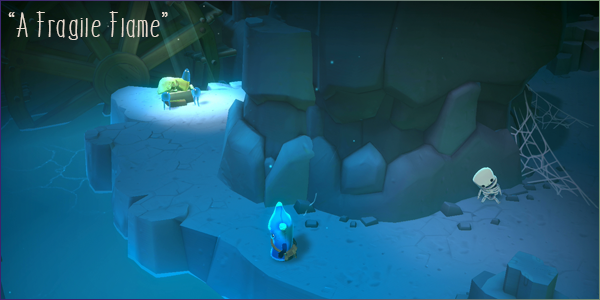 Forest Forlorn #3: “The Forsaken” – Returning to the campfire, after maliciously trapping all the embers at the campfire, 😉 you may walk backwards slightly from whence you came and see a astronomical cliff edge, with a forlorn resting on the grassy top, and luckily, with your beauteous forlorn finding magic, that absolutely no one else has from enticing in this guide on steam, 😉 the lost ember is no match for your integral power!!! From the Campfire, take the path leading to the right into a small reservoir known as the pond, which has nessecitious partition to another forlorn further on, IF YOU DARE!!! When you get to the next screen, follow the path down and to the left. Go up the small hill and then climb up the rock wall to reach the Forlorn, and after another rage-filled puzzle, only 4 innocent embers remain until your masters degree in puzzling is truely fufilled!! 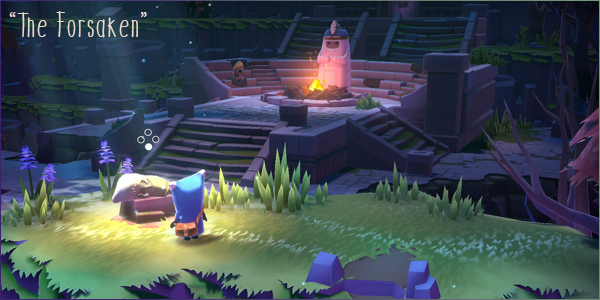 Forest Forlorn #4: “A Solitary Way” – The halfway mark has commenced, and soon thy fiber optics shall be beauteous!! If you dare to FACE THE CORRIDORS of certian doom of course, once more! 😉 The suspense intensifies!!! From the Campfire, take the path leading to the right. When you get to the next screen (The Profuse Pond), follow the path right and go through a lit pathway. When you reach the next screen, you’ll be at another Pond with a stone frog in the centre. Ignore this for now, for this reverberates and leads internally into another forlorn, delved into secrets soon, *mysterious music builds!!!* and just opposite of the broken wooden pier is a pathway leading down. Follow this as it curves to the right and climb up the rock wall to reach the Forlorn in a puzzle of NO RETURN!! After surviving inescapable FATE, 😉 we’re ready to continue into doomful territory in beauteous splendour! 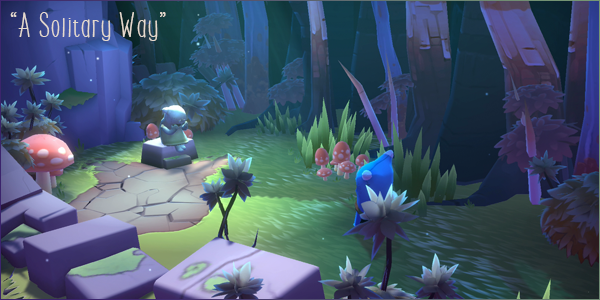 Forest Forlorn #5: “Congested” – After escaping rambunctious doom for the fourth time, and building up the marauding forlorn perceiving power to the maximum, its time to meet the first of the ragers enticement puzzles, of intricate fate FOREVERMORE!!! Will you be able to brave the unseen and come out ALIVE?! *Dramatic music vigorously internsifies!* 😉 In the same area as the previous Ember (“A Solitary Way”), go back to the pond with the single Frog Statue in the middle. Just to the right of the pulchritudinous pond that we skipped profusely last time is a hill leading up. At the top of the hill will be another Frog Statue hidden from internal sight, but NO MATCH for your newely evolved fiber optics!!! Dont TELL THE DEVELOPERS!!!! 😉 Pick it up and take it down the hill, then place it on the platform opposite of the other Frog Statue, and following the revealing of the game dev’s MOOLAH, a secret cave will open up, ready for raiding in enthusiasm! 😉 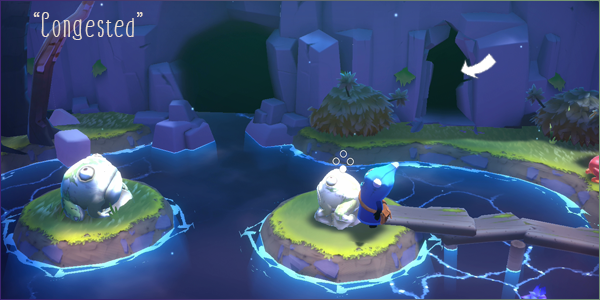 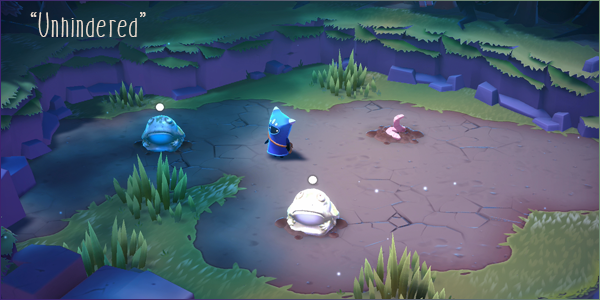 The second to last finale of the rambunctious perceving fiber optic magnification, and raiding of the game developers MOOLAH shall commence!!! 😉 You’ll need the Worm for this one, but it’s also good to have the Fishing net on you as well (picked up when you completed Ember #2) so you can prepare yourself for the beauteous final Ember. The Fisherman will also need to have been woken up (you’ll do this after you get the Worm). To get the Worm, go left from the Campfire. When you reach the next area, follow the path down and left. You’ll have to time some jumps across some lily-pads to get past a red frog. When you’re on the other side, there will be three holes and two Frog Statues. Place the two Frog Statues on the two holes that the Worm is not sticking out of, then interact with the Worm to pick it up. From THERE, THE path of unknown fate and the most exciting times of games (RAGE times!!!!) awaits!! 😉 From, there follow the path back to the pond, and talk to the beauteous fisherman who hints at there being a pulchritudinous frog beneath the water, and after walking to the edge of the dock, a frog should be avaliable, who just the same as you, LOVES TO rob the game developers treasures!! 😉 On giving him the worm, the frog shall ingest you before spitting you out at the next integral forlorn! After dusting off all the frog saliva, you’re ready to continue! 😉 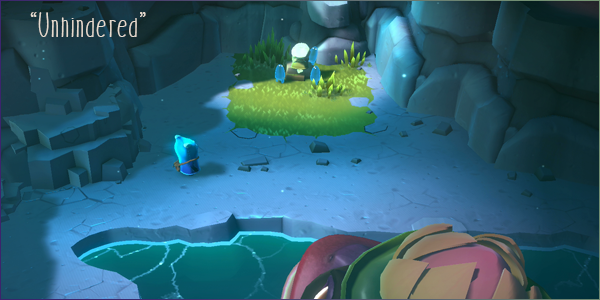 Forest Forlorn #7: “Submerged” –
The finale of reverberating doom and unforseen stealing of the last of the game developers illusive moolah has commenced and the final test of the fiber optics shall commence!! INTO inevitable doom WE GO!!! I have knot a doubt! 😉 With the internally (broken) Fishing Net in your inventory, make your way to The Pond area if you’re not already there (the area just to the right of the Campfire). After helping Forlorn #6, talk with the Fisherman again and choose “I need some help…”. Give him the Broken Fishing Net and he’ll repair it for you (Making Reparations will unlock here). Make your way back to the Campfire and now head left from it. In the next area, there will be a small gated area with the last Forlorn inside. On the left wall of this area is a bird with a key in its mouth, and NO, we’re not going to steal the birds treasure!! Absoutely benefitial to steal the game devs treasure, But THE BIRDS… We don’t talk about that! 😉 After grabbing the key, unlock the door to rejoice in the final forlon!! SEE!! Knot a doubt! 😉