A short guide (with lots of pictures) on where saplings for crafting bows and arrows have a chance to spawn in Mystery Lake.

Sapling Spawns 1, 2, and 3
The first spawn point – Sapling Spawn #1 – that I found in Mystery Lake
was right beside the Carter Hydro Dam:
(click images to enlarge) 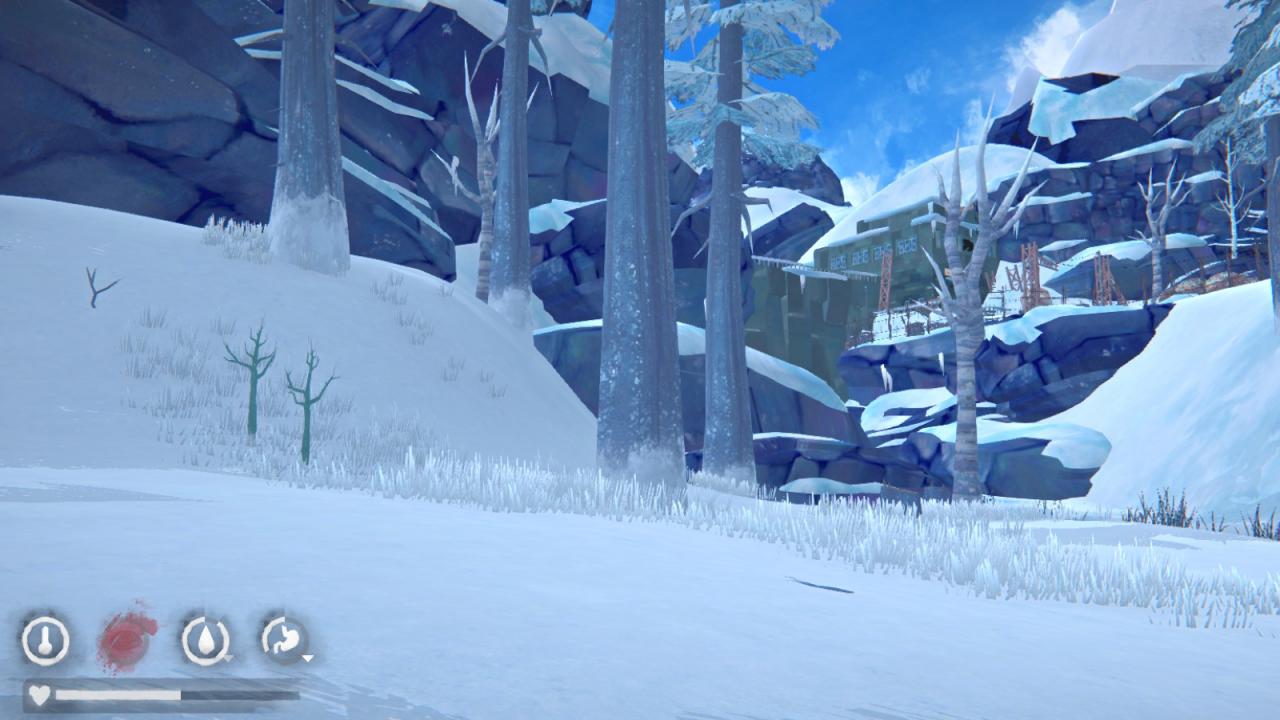 #2 is Northeast of the Logging Camp: 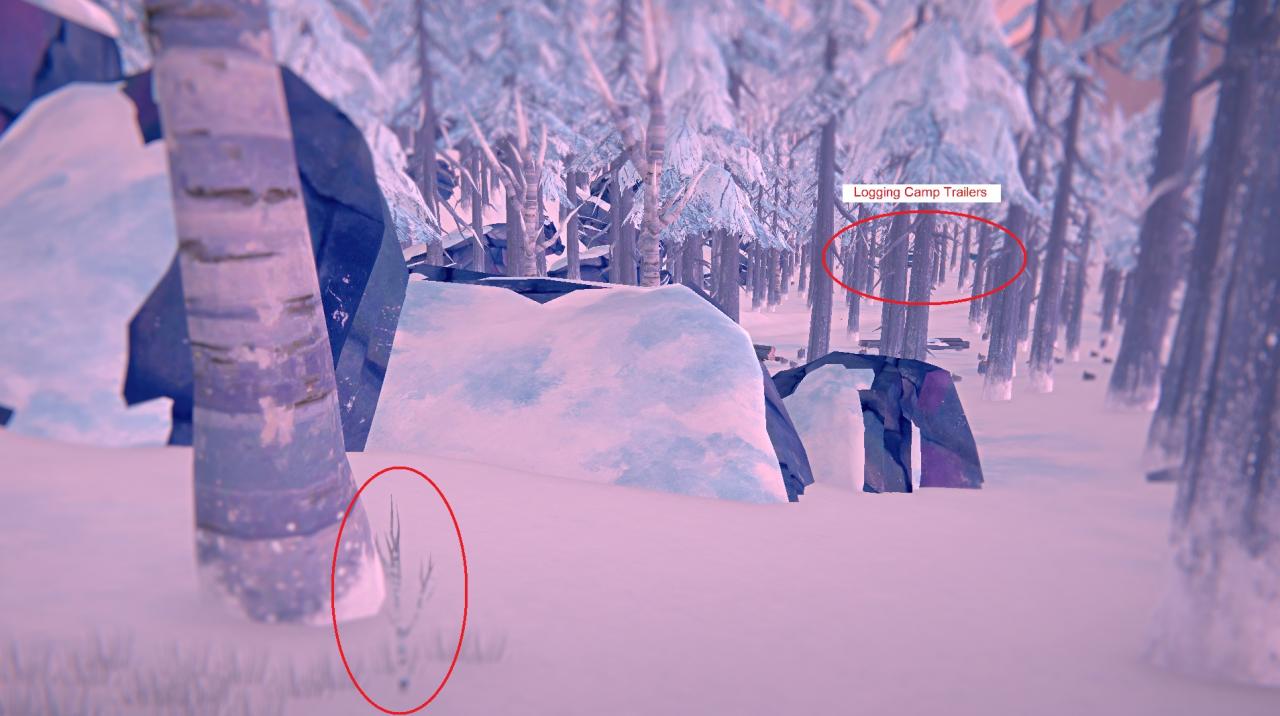 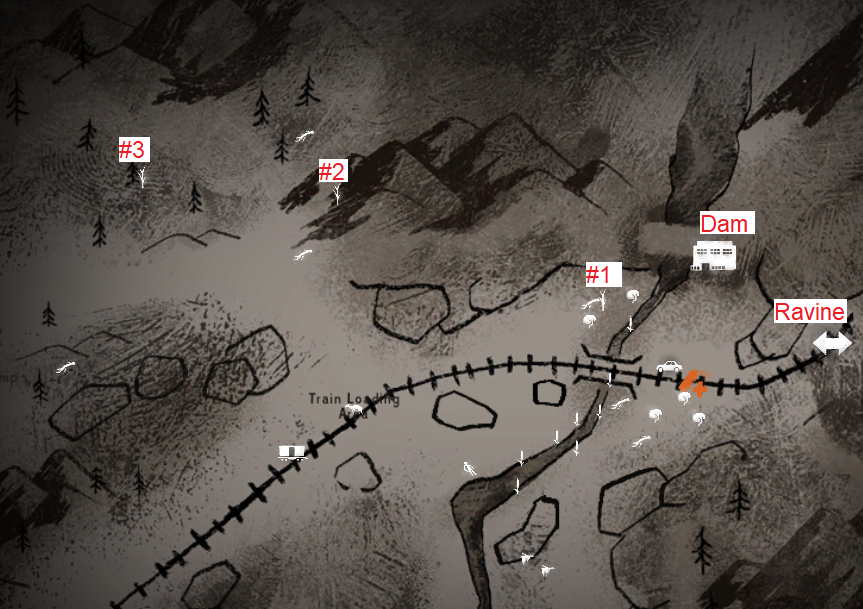 Sapling Spawns 4, 5, and 6
#4 can be found south of the Unnamed Pond and Hunter’s Blind: 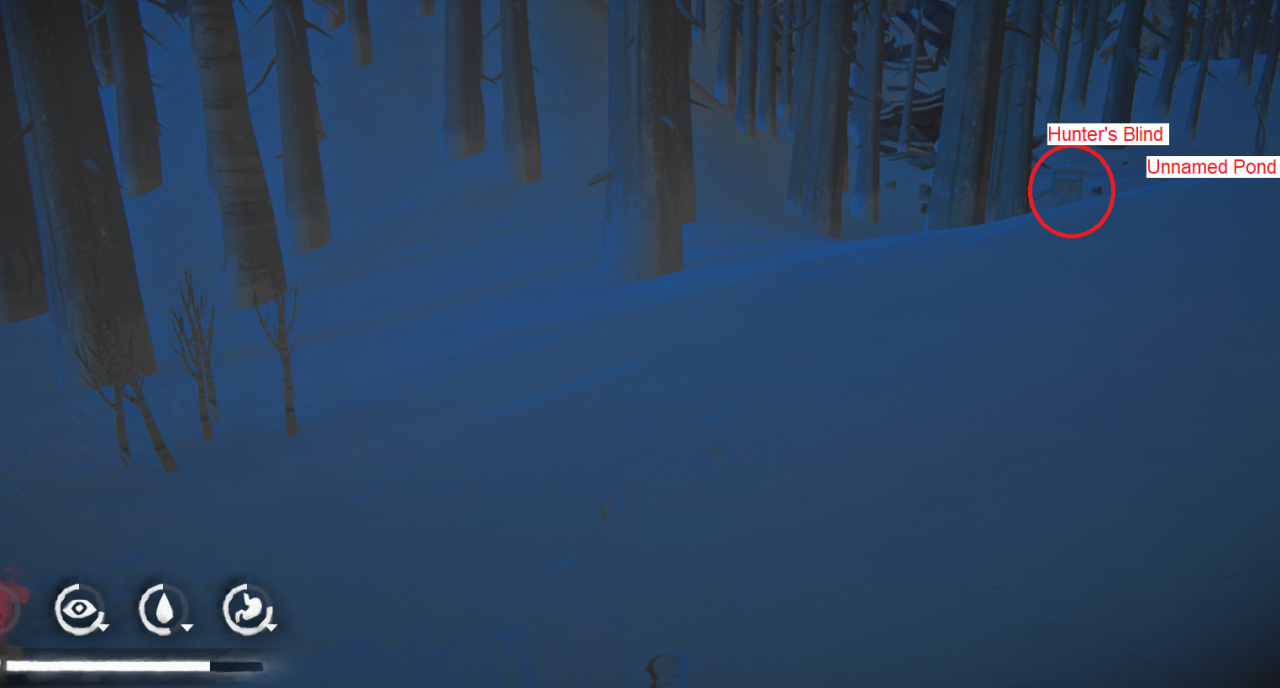 (sorry the screenshot was taken at night, I’ve been trying not to do that)

#5 is located near that lone cabin that sits beside a clearing, north of the Unnamed Pond and west of the Destroyed Lookout: 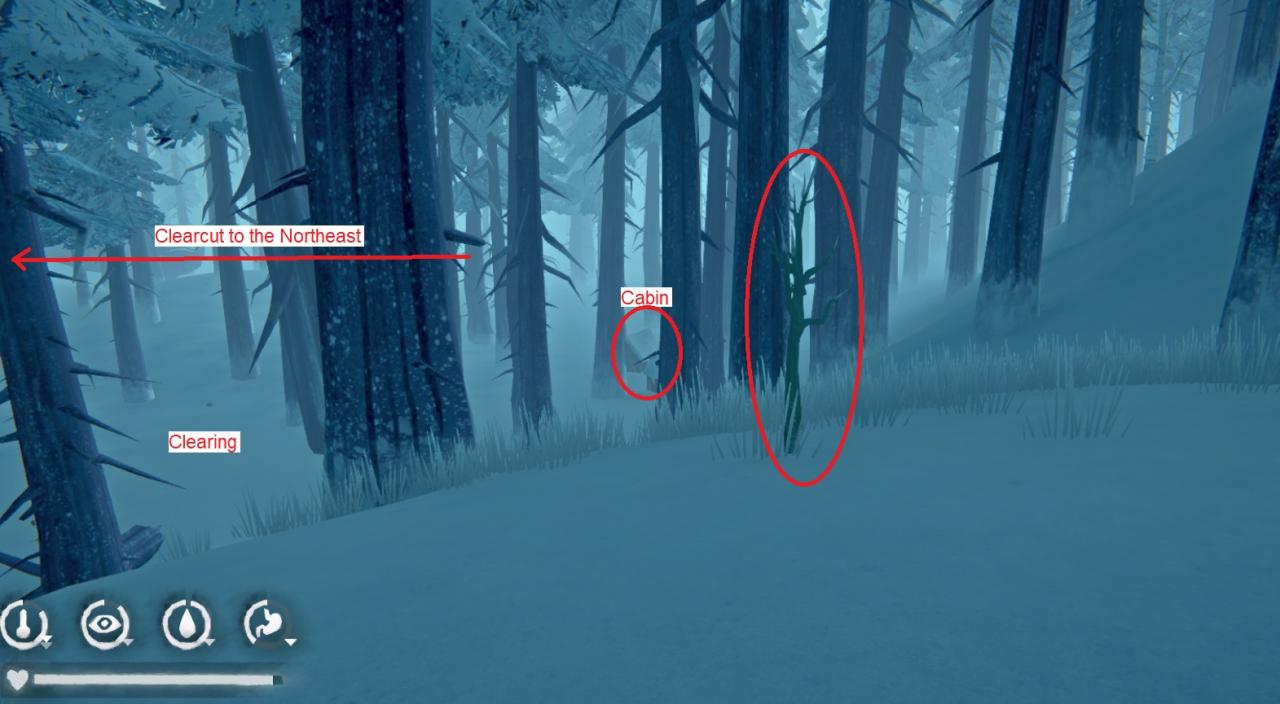 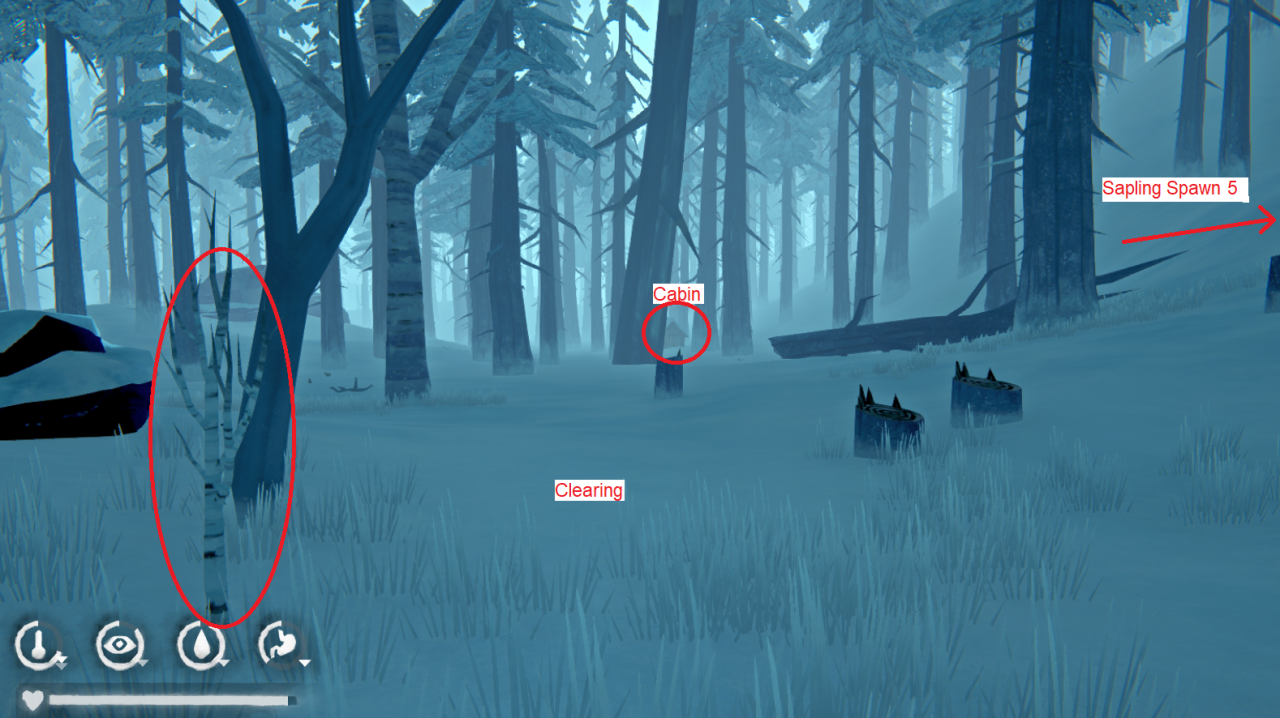 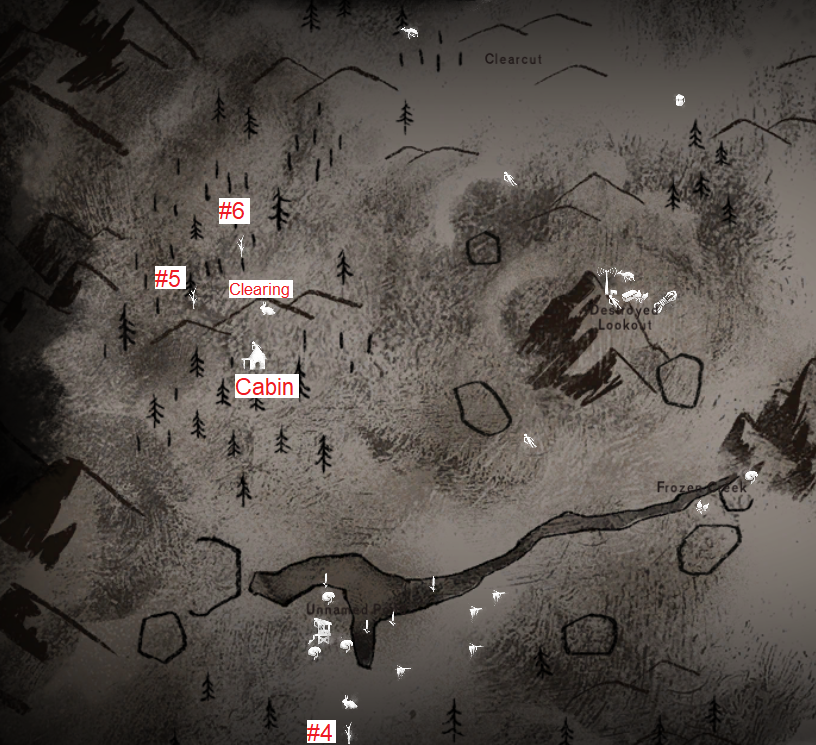 Sapling Spawns 7, 8, and 9
#7 is in between the railroad entrance to Forlorn Muskeg and the Trapper’s Cabin, closer to the tracks, along the rock wall that you hug when you walk to Trapper’s: 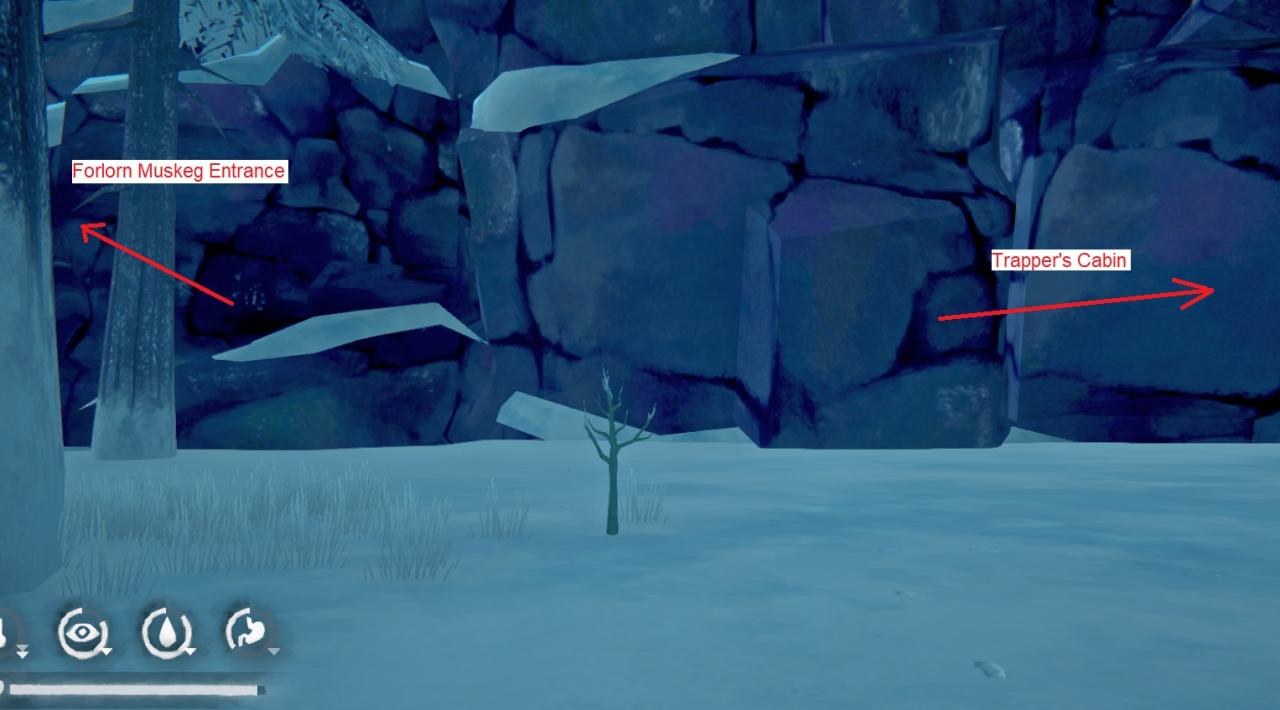 #8 can be found on the ridge where the rabbits spawn overlooking the Trapper’s Cabin: 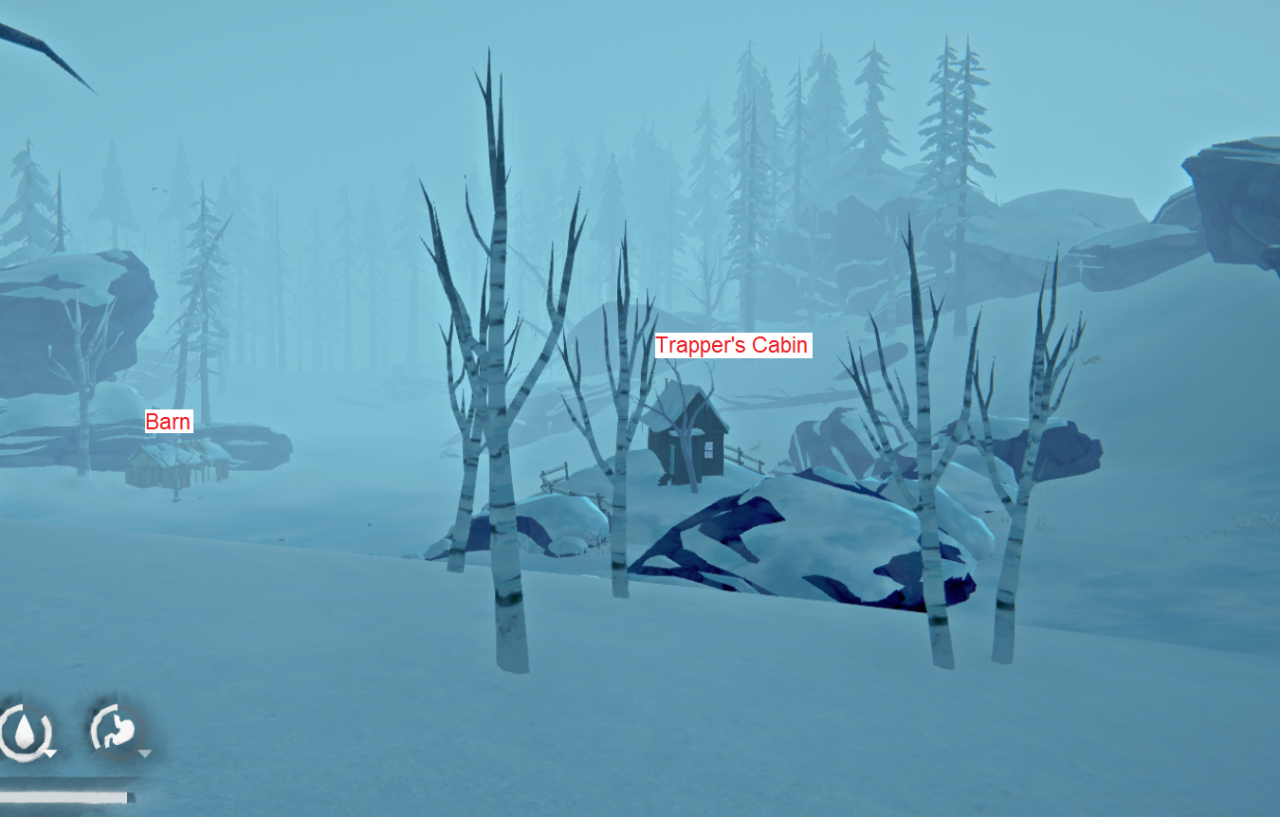 #9 is south of the Frozen Creek and Southwest of the Unnamed Pond.
To the east are some rocky hills/small mountains that stand between this spot and the train tracks, and the Camp Office is across those tracks. This one was a little hard to describe so I included two screenshots of the location from different viewpoints and a mini map: 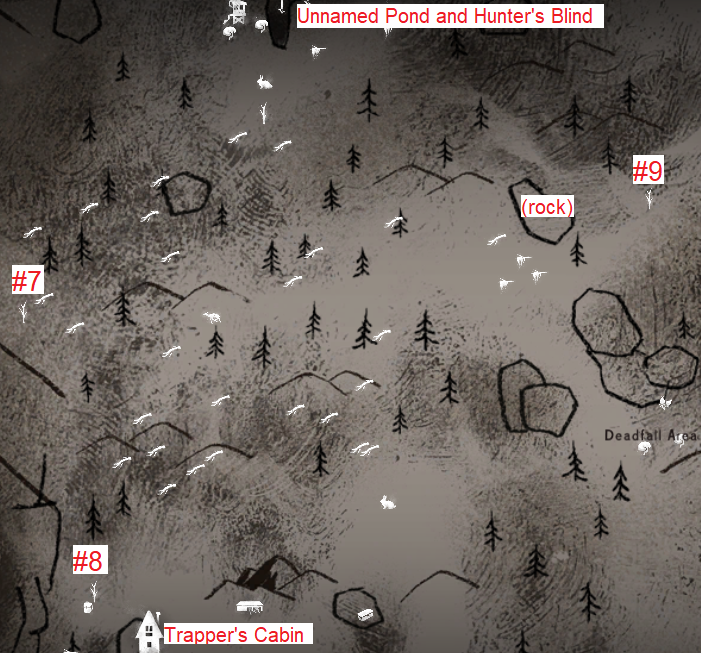 Sapling Spawn #10
#10 can be found just to the east of the railway entrance to Forlorn Muskeg, past the hills that are just beside the tracks. You may need to go south from the southernmost part of Mystery Lake itself and then east from there. The area is very hilly and may be difficult to find.
I thought I had found them all, but this one surprised me. 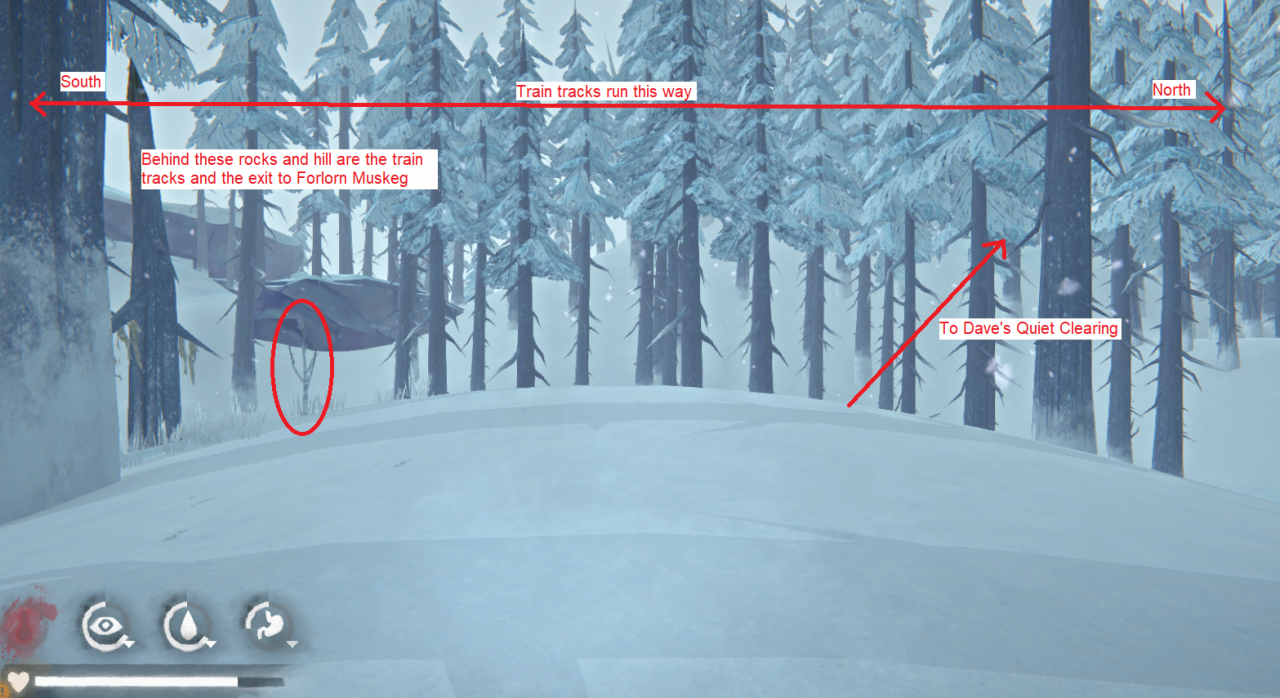 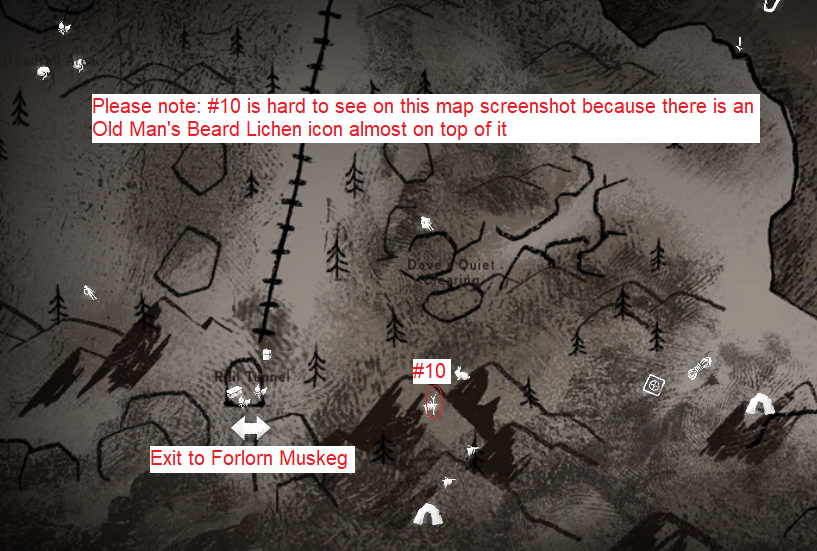