During the course of the game, many side quests remain unfinished, not to mention the secret quests that appear only after certain conditions are met. Some secret quests are marked on the map with exclamation marks, others require a whole chain of actions. In this guide, I will show you how to find secret quests.
1. Last service (Velen) 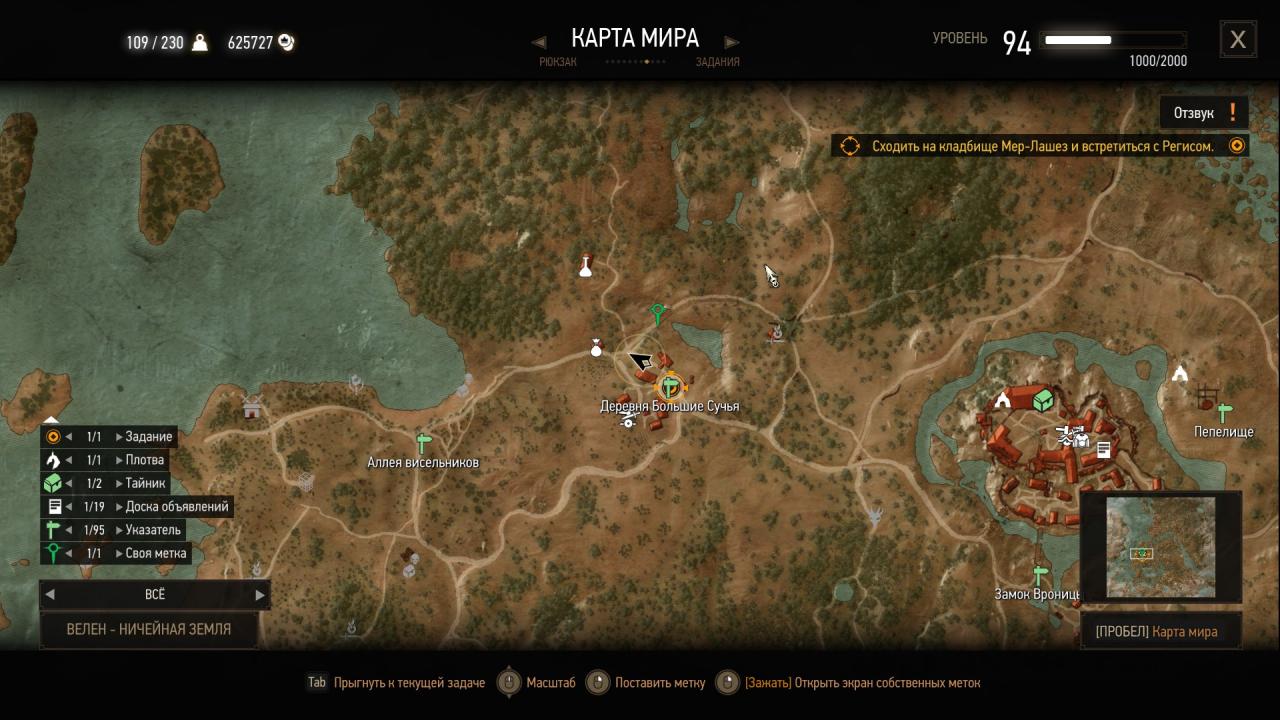 In the evening, an old woman appears on the bridge by the lake, north of the village of Bolshie Suchya, who, upon meeting, will tell the witcher that she began to be visited by the spirit of her husband Yachemir, who died in the war, who yearned for his wife so much that she asks to be taken to his grave under the old wife’s wedding ring with wood. Since the peasant woman is afraid to go into the forest, she turns to the witcher for help. The quest itself is extremely simple, you won’t have to kill anyone, but upon returning to the village, interesting details will become clear. It turns out that this very old woman died a long time ago and Geralt talked with her spirit. The essence of the story is that before her death, the woman asked to be buried separately from her husband, because he had a mistress on the side, but in the end she still decided to return to her husband, albeit in the next world. To receive this quest, you must first complete the “Defender of the Faith” quest to restore the three destroyed shrines in Velen
2. Dog life (Velen) 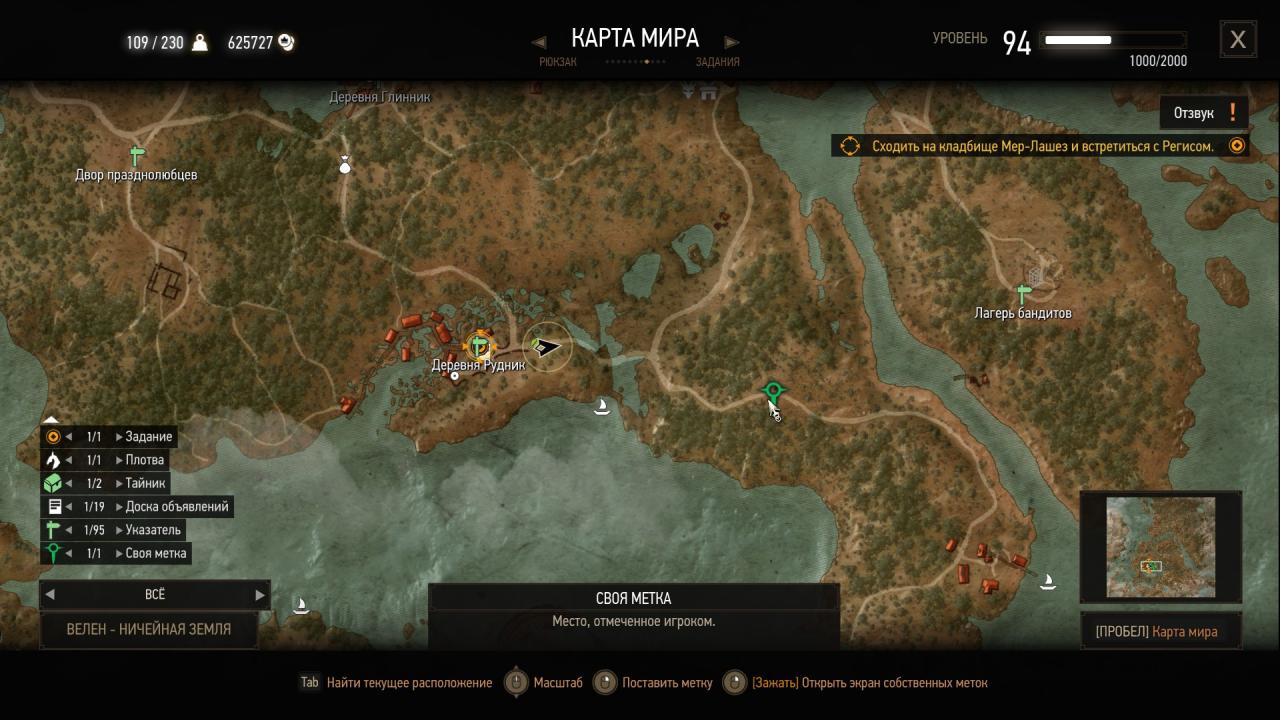 On the road east of the village of Rudnik during the day you can meet a pack of wolves that are trying to tear apart a stray dog. If you save the dog from predators, a new friend will take the witcher to the devastated settlement of Lyamki, located not far from Kolomnitsa. Where a detachment of bandits is breaking into one of the houses. Having dealt with the interference, Geralt will be able to get inside the house, in which a chest with the master’s goods and a note is hidden under the floorboards.
3. Troll in trouble (Velen) 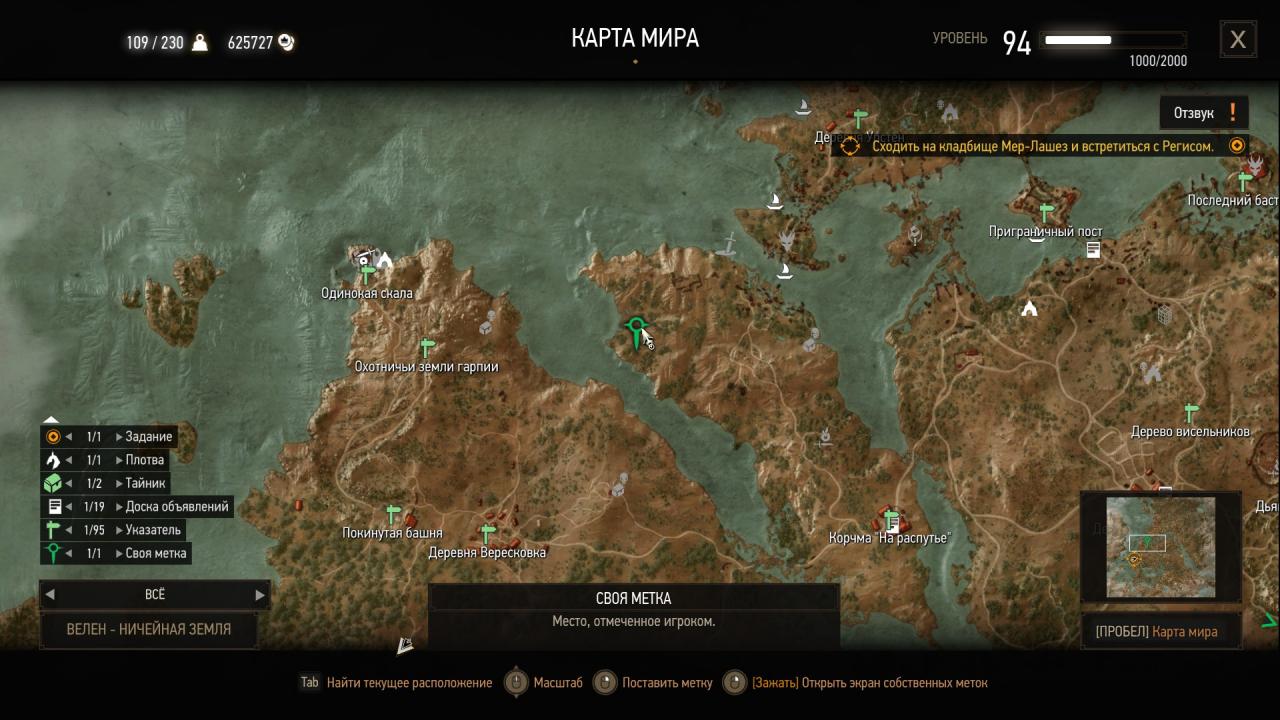 In Velen, on the border with Redania, where the improved boots of the Griffin School lie in ruins nearby, northwest of the Inn at the Crossroads, you can participate in another confrontation. Only this time, instead of a dog, the troll Boris will have to help, who is attacked by a flock of nakers, trying to avenge their murdered relative, who has become an ingredient for the Supdetrup stew. If you intervene in the conflict, Geralt will receive some experience from the troll, an elf’s head and a funny dialogue mentioning a key character from the first part of the witcher.
4. Basilisk in a cage (Oxenfurt) 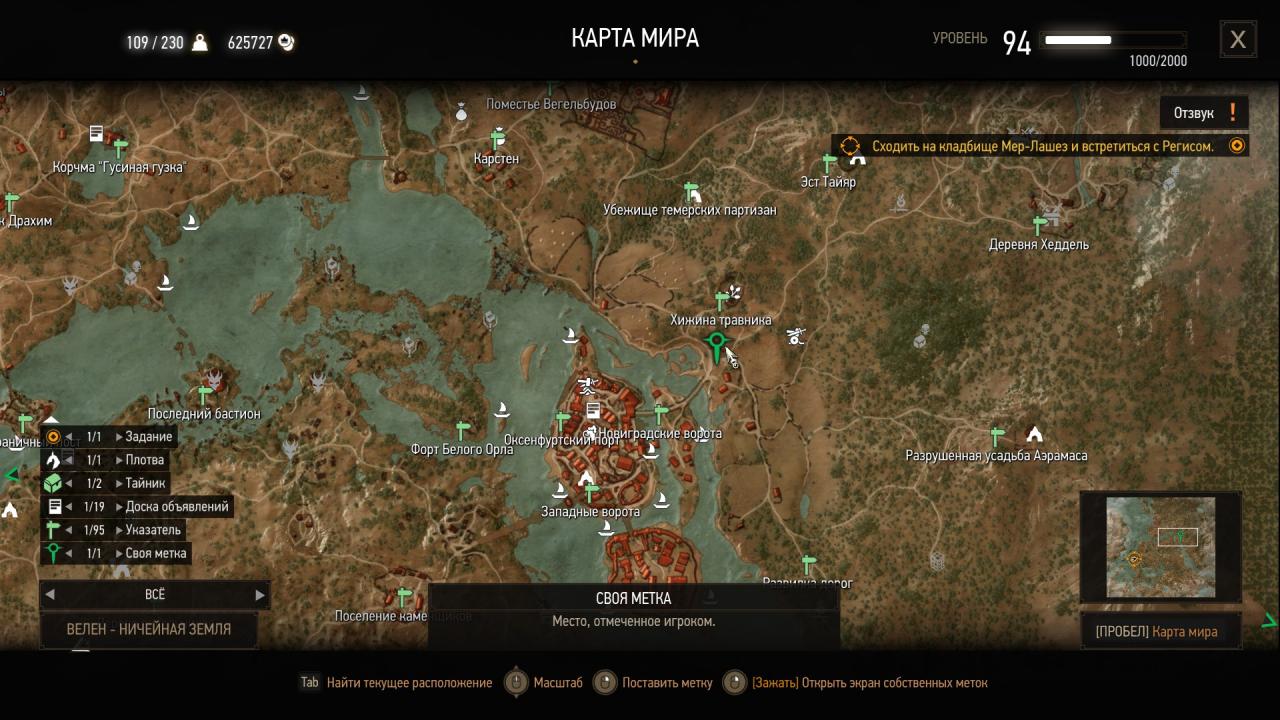 To the northeast of Oxenfurt, at a crossroads, a basilisk sits in a cage. The trader deftly deceives the Redanian soldiers, passing off a frail draconian as a more dangerous one, capable of killing the victim with just one breath. This is a reference to an episode from the book The Hour of Contempt, in which Ciri watched the same performance, but the merchant failed to deceive her. After killing the escaped cell, Ciri uttered exactly the same words that Geralt repeats in the game.
5. Our horse (Oxenfurt) 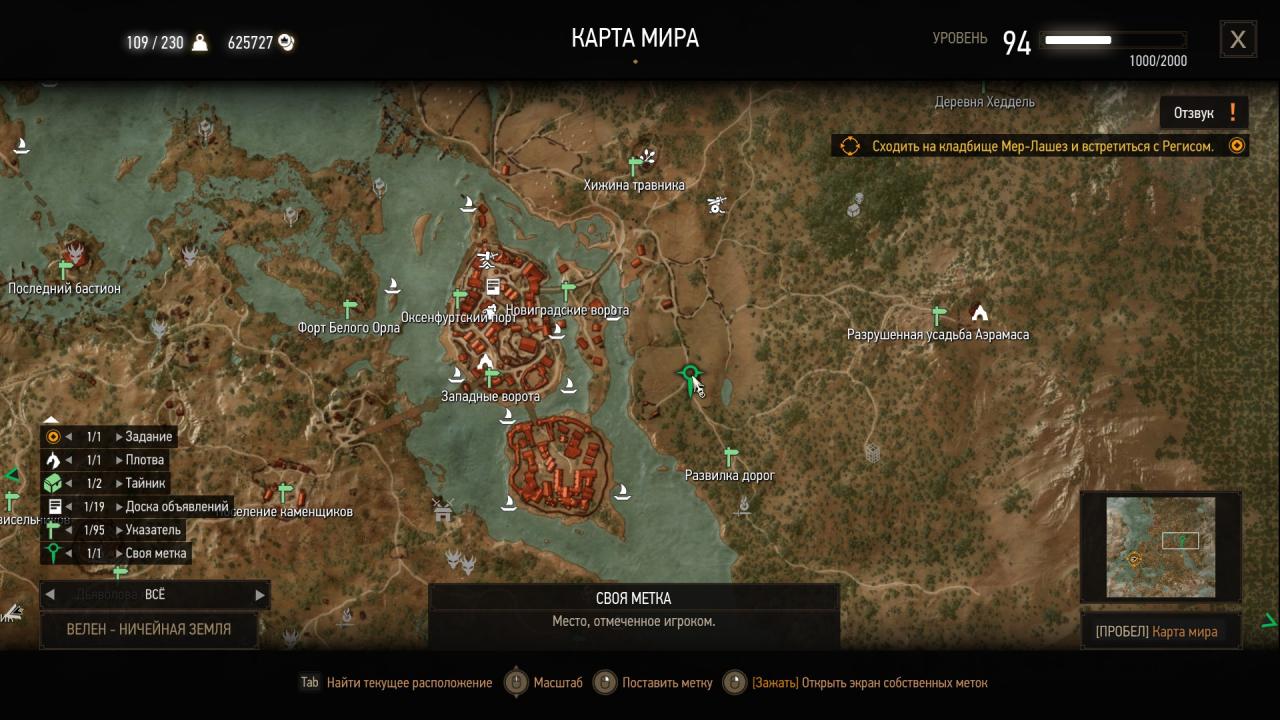 To the east of Oxenfurt, the help of the witcher will be needed by a peasant, from whom the evil spirits allegedly stole the only horse. Following the tracks in search of the loss, Geralt will eventually stumble upon the camp of the Scoia’tael, who in fact were engaged in horse stealing. You can kill the bandits, pay them money, or convince Aksiyom. Sometimes it happens that the Scoia’tael attack the witcher after ransoming the horse – this is a bug (reloading or replaying the task can help).
6. Little Red Riding Hood (Yantra Village) 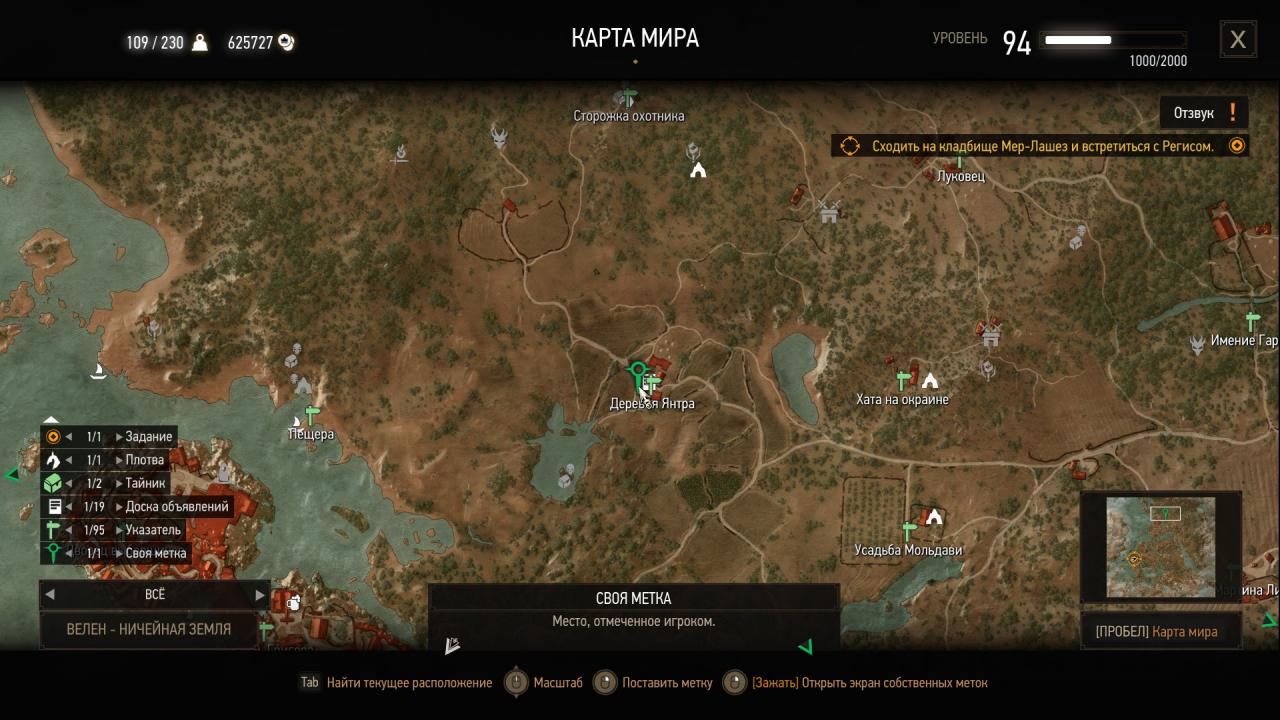 At the exit from the village of Yantra, next to the notice board, there is a crowd of peasants who will ask the witcher to protect the villagers from robbers. If he agrees, Geralt will have to face a tricky plot twist and a moral dilemma.
7. Novigrad hospitality (Yantra Village) 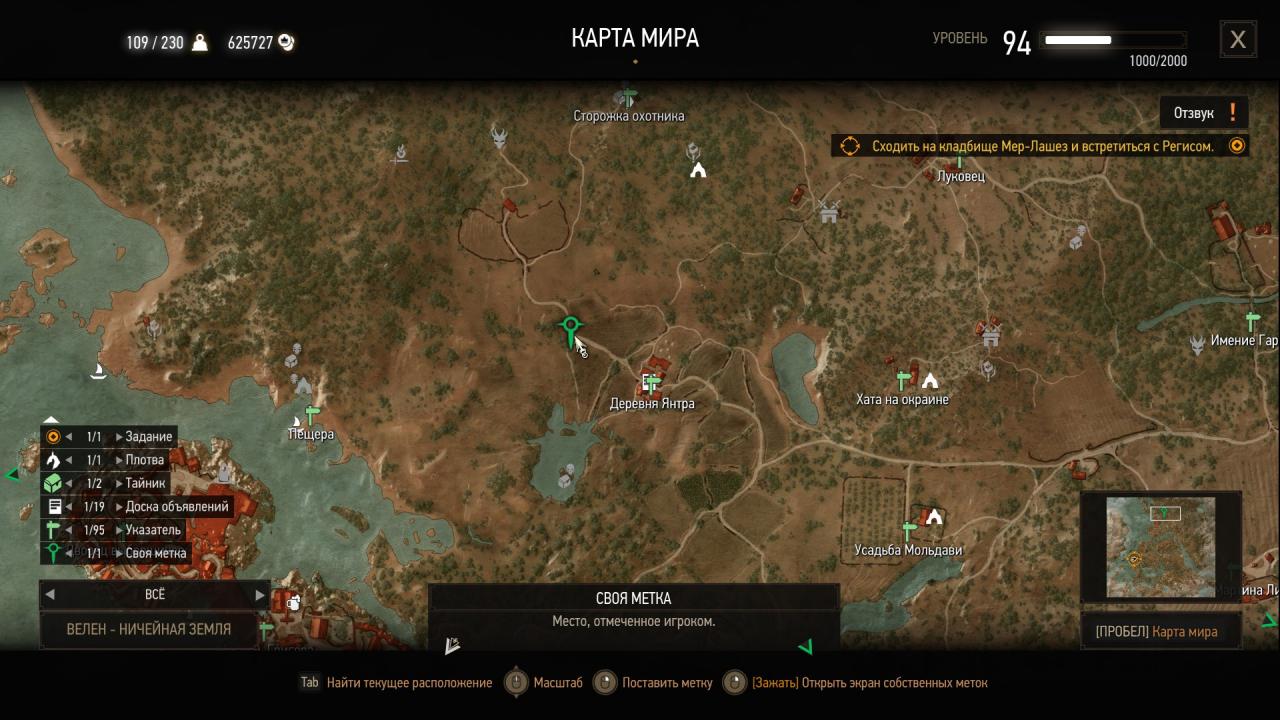 On the roads in the middle of the fields, west of the village of Yantra, two troubadours, Gascon and Victor, will offer Geralt a drink and talk about art. A cultural evening will quickly turn into a drinking bout, and in the morning the witcher will discover the loss of not only two acquaintances, but also all his belongings. You can find tricksters in a nearby village, where the witcher will have a choice – to return the stolen goods in peace or to take away clothes from connoisseurs of poetry in revenge.
8. Nilfgaardian Cache (Novigrad) 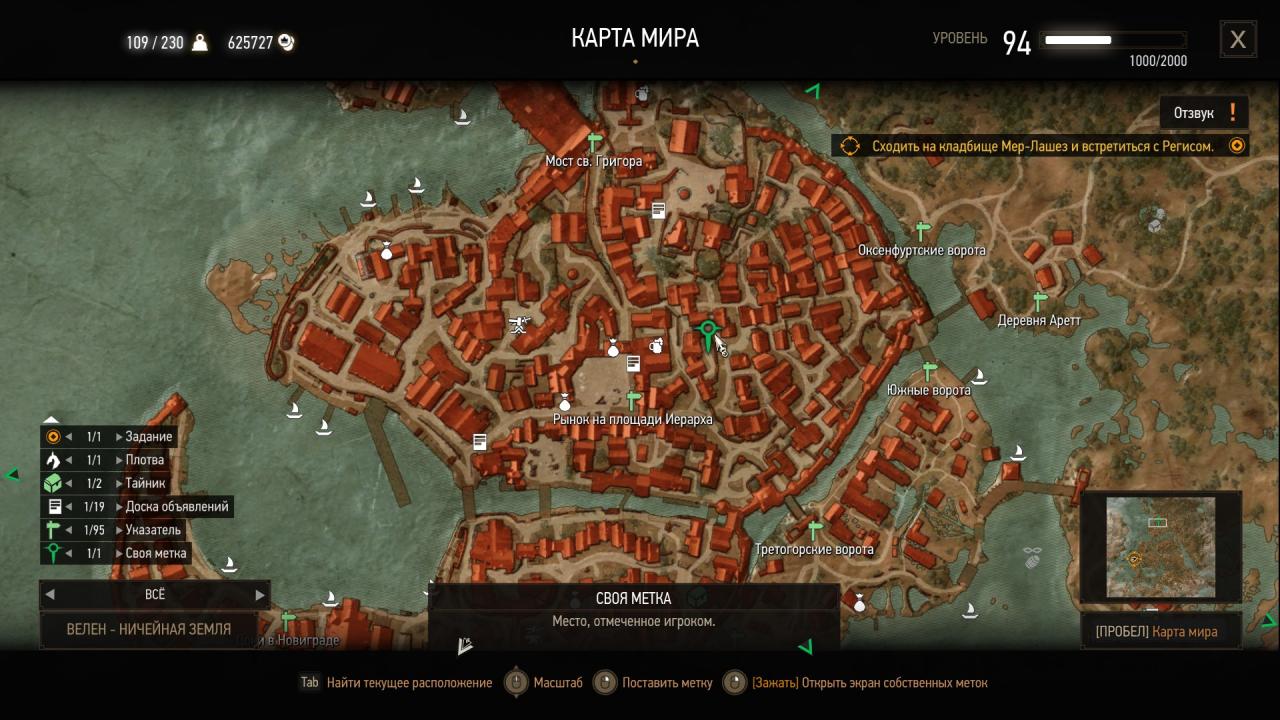 To the east of the market on Hierarch Square, in the center of Novigrad, with the help of the witcher’s instincts, you can find a note left by a spy in the wall of the house. The note tells about the progress of negotiations with the Trading Corporation, and also contains information about the location of the next note. Unraveling the tangle of messages, Geralt will be able to find a chest with valuable goods. Moreover, if you complete this quest before the evening party at the Vegelbud estate in Triss’s task “A Matter of Life and Death”, drowners will attack the witcher in the sewers, if after the party, the witcher will stumble upon the consequences of the battle between the drowners and those who came for the chest. The note becomes visible with the witcher’s vision after completing several story and secondary tasks in Novigrad and the appearance of two suspicious strangers in raincoats under the archway of the house. The information found, if desired, can be drained to Dijkstra in the baths.
9. In search of a tome (Novigrad) 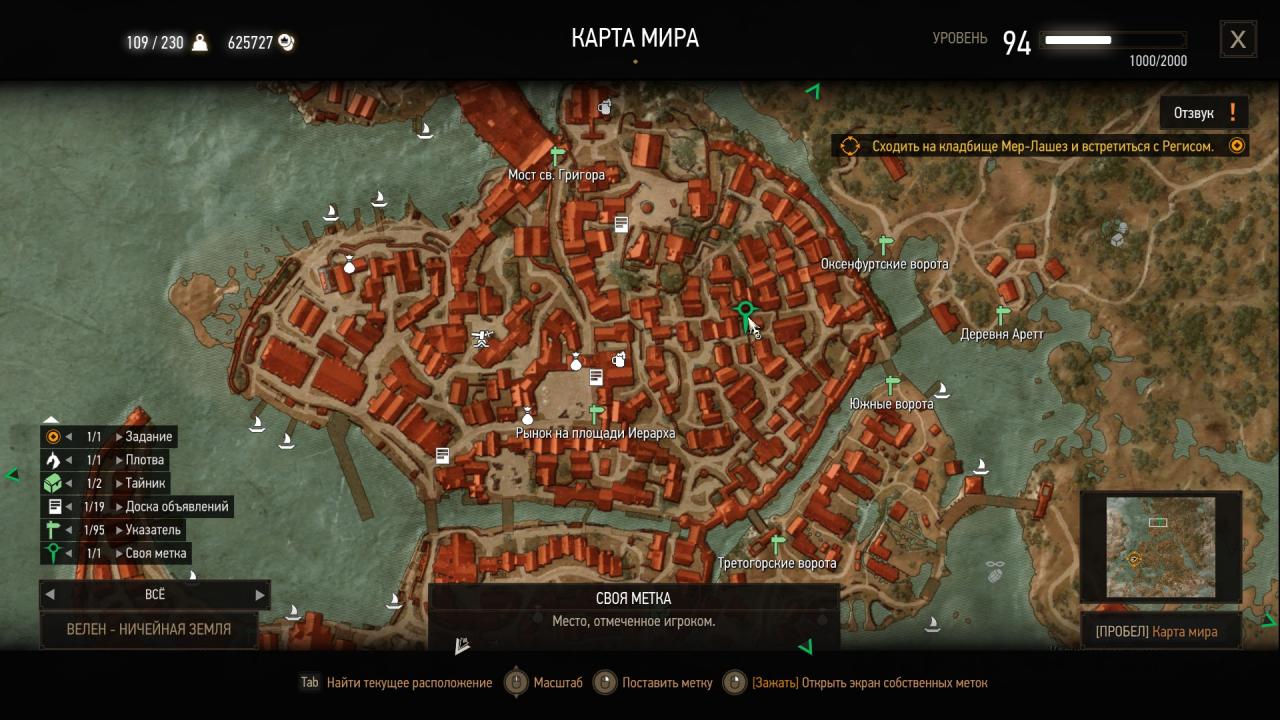 In the eastern part of Novigrad, deep underground in the elven ruins, a crypt with a large stone sarcophagus is hidden, in which a vampire sleeps, which accounts for one of the most striking phrases in the game: “What, is it already 1358? No… Well, get the hell out of here! The entrance to the crypt is hidden behind a fragile wall, broken by the witcher’s Sign of Aard, in a dungeon that can be entered through an inconspicuous grated entrance in Scraps. In the crypt, in addition to the vampire, there is Yonn, a professor-archaeologist at the Oxenfurt Academy of Vermont, who will turn to the witcher for help in finding the elven manuscript. If you re-open the sarcophagus and complete the quest, the vampire will turn into a katakana and attack Geralt. As a result, scientific research will end in nothing. As a reward, the witcher will get only mutagens and alchemical ingredients.
10. Cursed Warehouse (Novigrad) 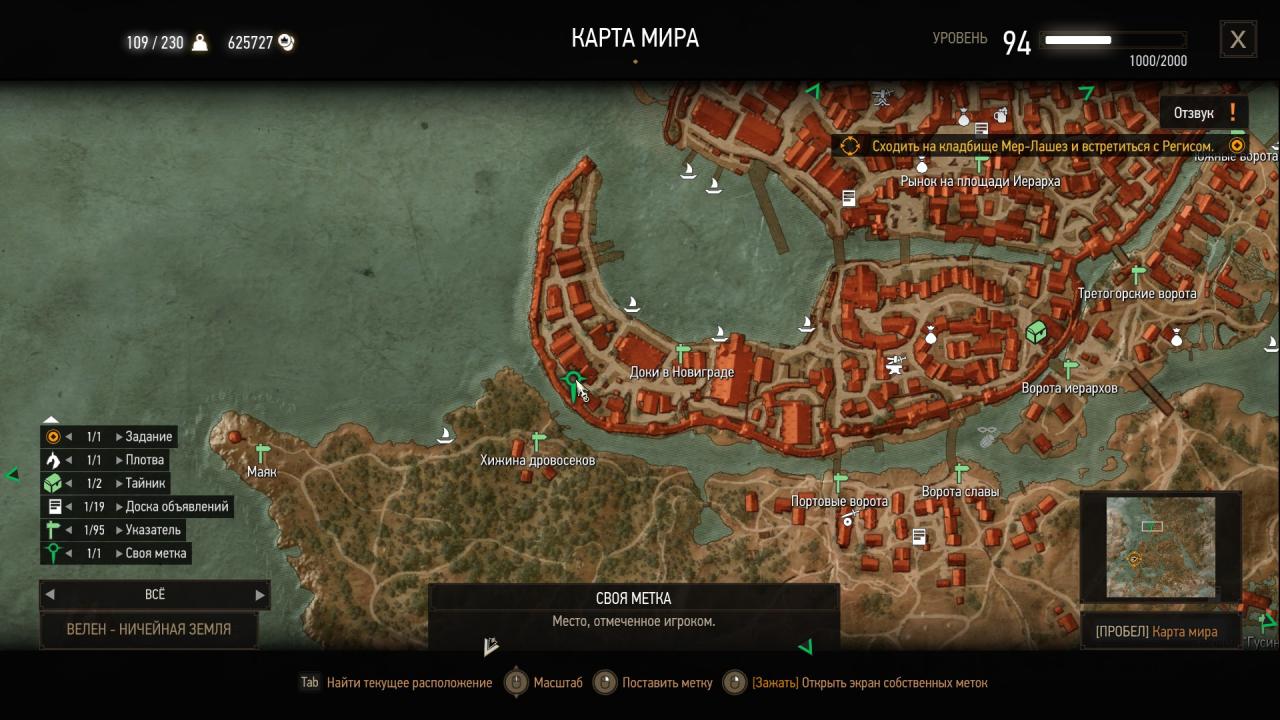 In one of the warehouses in the docks in the west of Novigrad, the witcher can witness a dispute between two merchants. The dwarf will try to accuse the person of having launched a naker into the warehouse in order to take possession of his goods in the future. You can simply kill Naker or conduct a whole investigation in order to find out who and for what purpose brought and released the monster. The evidence will point to the dwarf’s guilt, but the companion’s defiant behavior may change the outcome of the incident.
11. Crime and Punishment (Skellige) 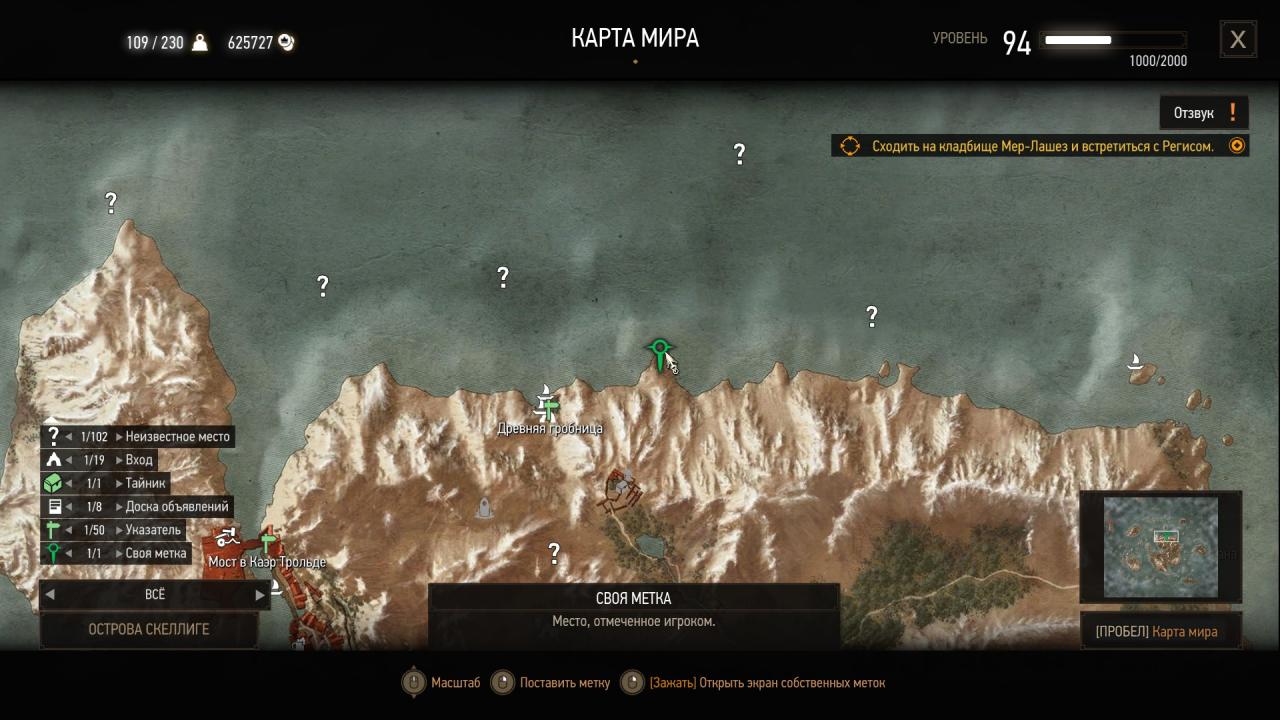 On a cliff on the northern coast of the main island of Ard Skellig, north of the village of Rogni, Geralt can find a man chained to a rock who is being attacked by harpies. If you kill the monsters, there will be a choice of what to do – free the poor fellow or leave him to die a painful death. Jörg will tell you that they chained him on a false charge of murdering Gretter, whom he did not like. If you continue the investigation and get to the village, it turns out that the crime was indeed committed, but there was a reason for this. Jorga’s younger sister complained to her brother and said that one of the villagers offended her greatly. Jörg got angry and staged lynching, only the deceased sister did not touch his finger, the girl simply did not like him for his overweight and stench.
12. A bride for a bard (Skellige) 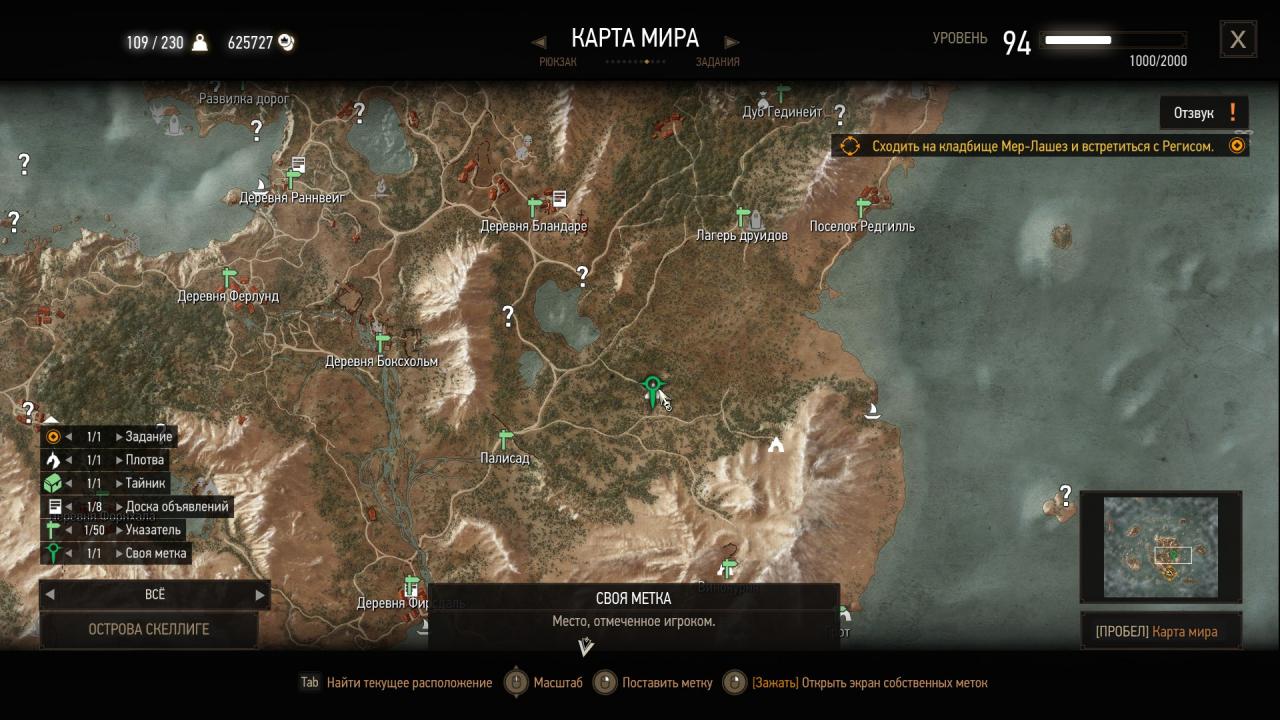 With a careful examination of the area, southwest of the Druid Camp, in a cave, you can stumble upon a frightened troubadour who was captured by a water woman. At the sight of Geralt, the monster will ask the witcher to tell a rhyme in exchange for a reward, but this request will be the last in her life.
13. Over the Seven Seas (Skellige) 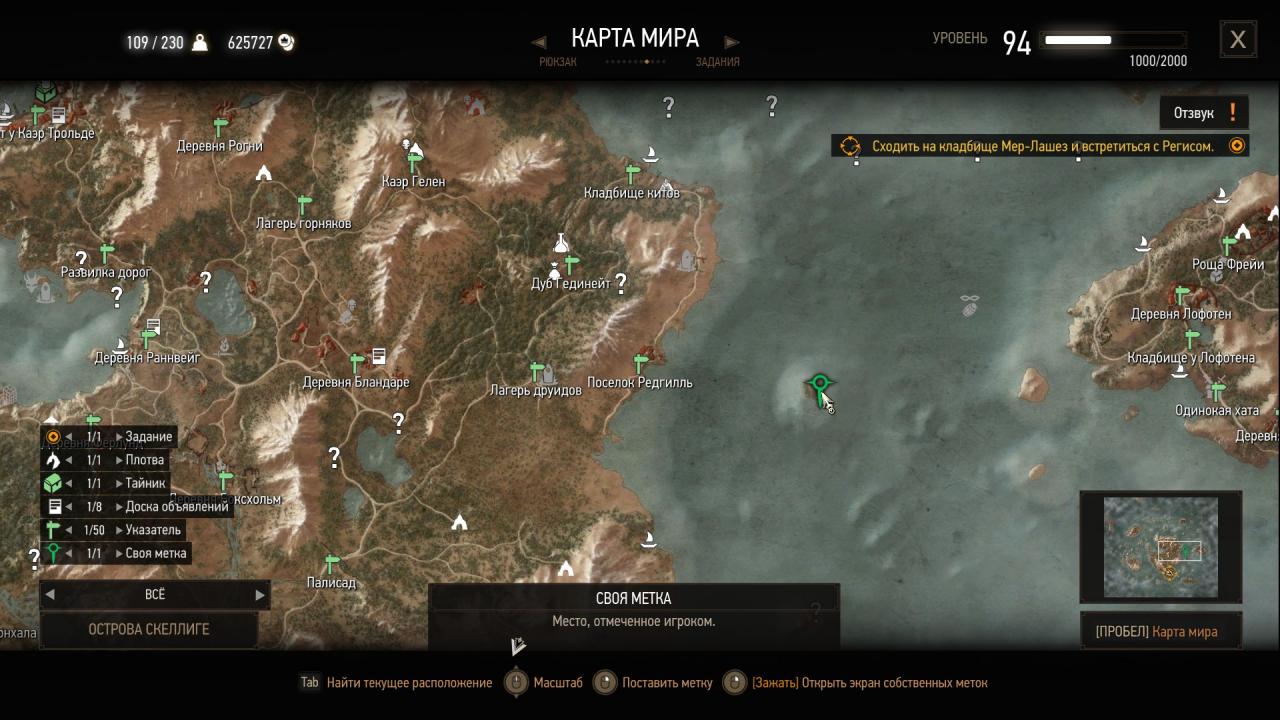 The lead to another tangled quest tangle is located on an island east of the abandoned village of Redgill, located on the east coast of the main island of Ard Skellig. On the island, the witcher will find records of two ships that were carrying two noble strangers to Beauclair, but got into a storm near Skellige. One ship sank right off the island, but the second one managed to get to the village of Ursten, located southwest of Novigrad, but sank anyway. A female survivor with a child can be found in Widow’s Grotto north of the crash site. But it turns out that not only Geralt is looking for passengers, but also a certain warrior who wants to kill the woman and take the child. No one will really explain anything, so the decision will have to be made on the spot.
14. Neighborly quarrel (Kaer Morhen) 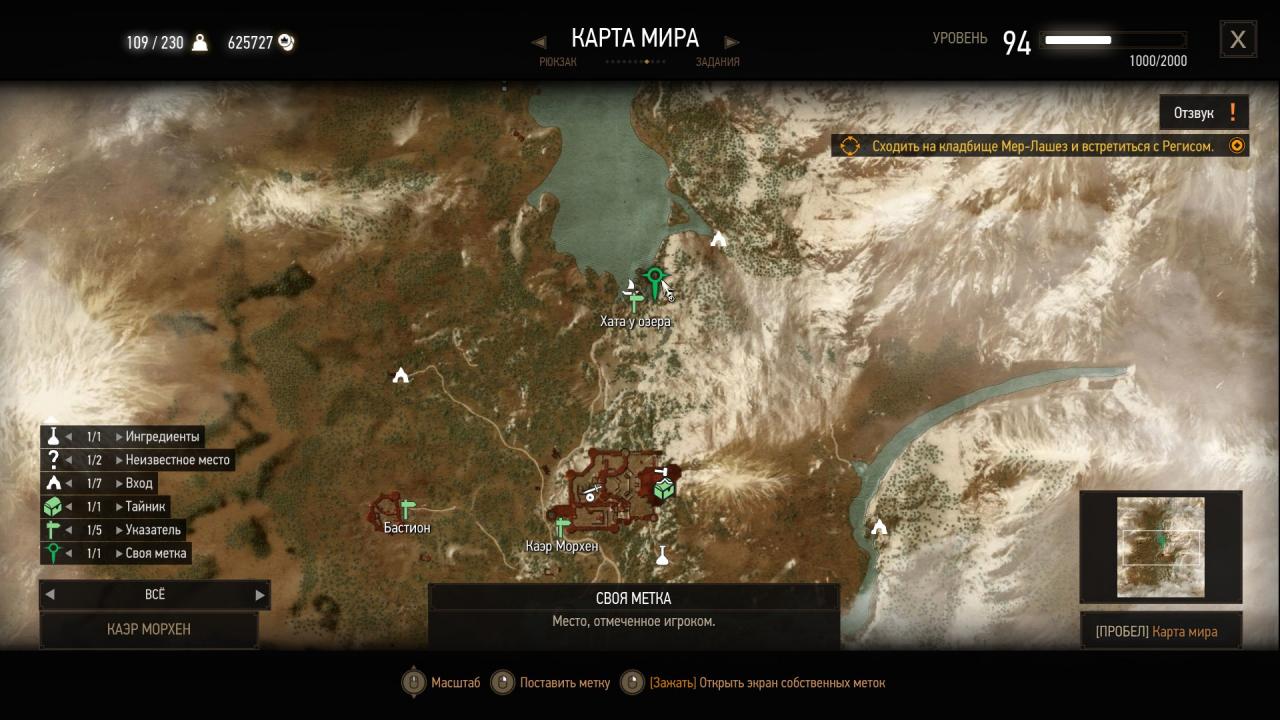 On the southern shore of the lake, to the right of the rickety hut, the mutilated corpse of a drowned man lies in the water. If the witcher decides to find out whose handiwork this is, then the investigation will lead him to the cave where the old rock troll lives. In the lair, you can find another corpse with an old letter from Azar Yaved, which tells about the preparations for the attack on Kaer Morhen, which took place in the first part of The Witcher.
15. Greenhouse effect (Kaer Morhen) 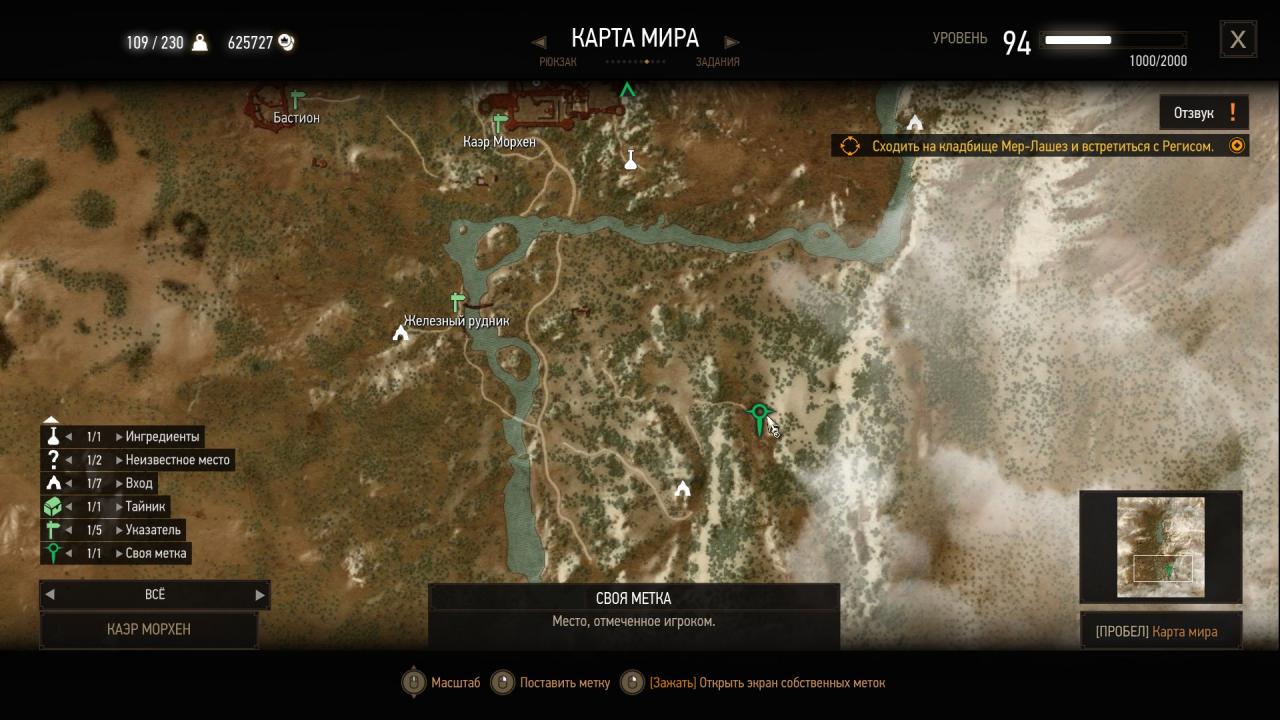 To the southeast of the witcher’s fortress, next to the forktail cave from Eskel’s task, where the improved gloves of the School of the Wolf are hidden, there is a strange gorge with a weather anomaly. After searching it, Geralt will find the diary of a sorcerer hidden behind an illusion, who tried to set up a magical garden here. If you follow the instructions and correctly influence the three monoliths standing in the gorge with the Witcher Signs, then a portal will open, from which the devil will appear. After defeating the monster, Geralt will say that you should return to the gorge in a couple of days. On your next visit, the gorge will turn into a botanical garden, where you can periodically replenish your stocks of medicinal herbs.
By KIRSAN UA