Here is the solution for the anniversary level! This guide provides screenshots of the solution and a step-by-step walkthrough. 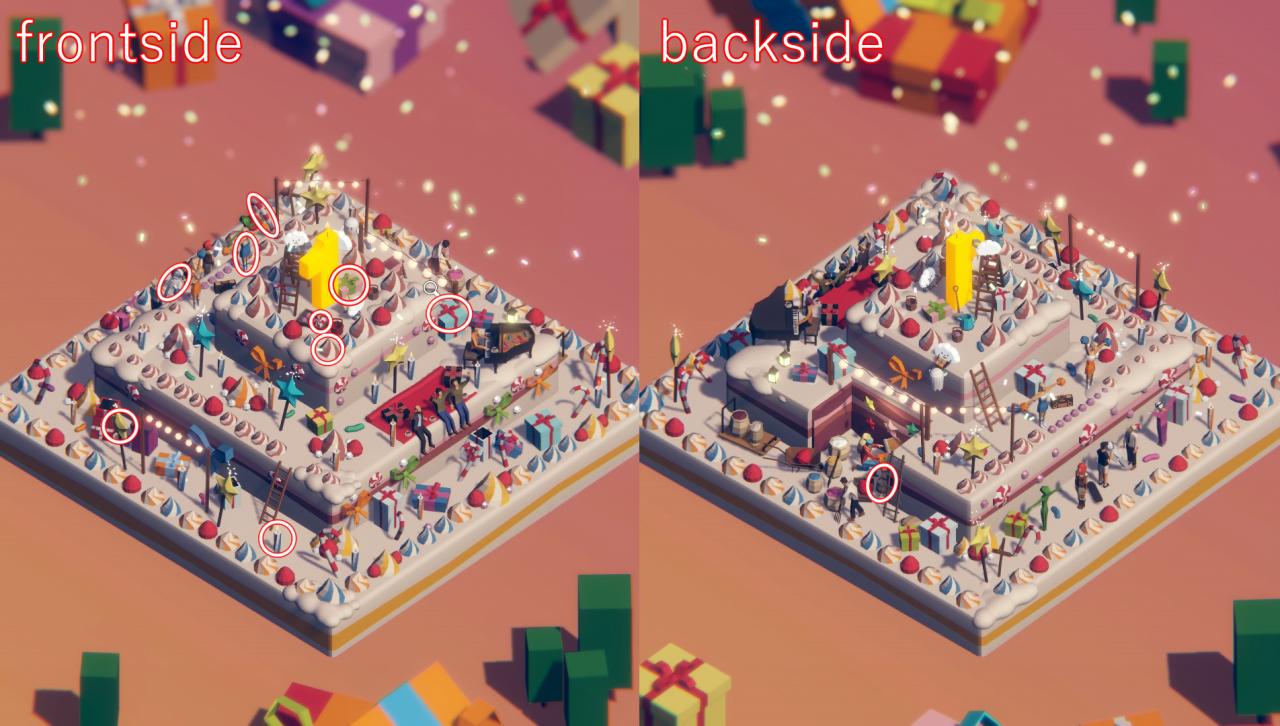 A step-by-step walk through the solution with visuals and written descriptions. We’ll circle around the cake going “left”. To turn press [a] or [right click] and drag to the right. In the brackets is written how the item look diffidently in the righthand screen compared ot the lefthand side. 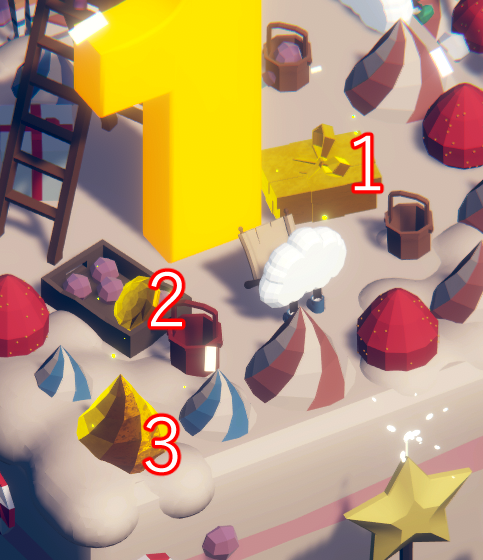 Going left, turning to the next side, look at the lowest layer of the cake:
4. the star candle on the left of the fairy lights (blue-coloured star)
5. the small blue candle next tot the ladder on the right (moved)

Going left, turning to the next side, look at the middle layer of the cake:
6. the blue uniform on the cheerleader on the left (uniform is orange)
Looking at the lower layer:
7. the candy cane on the left, in between the wooden sign post and the alien (orange-coloured candle)
8.the white man leaning on skater dude (turned around) 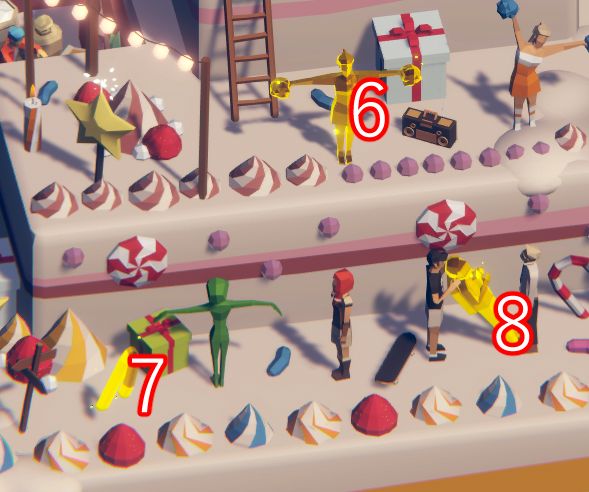 Going left, turning to the next side, look at the cove the middle layer of the cake:
9. the vat, next to the opened chest and left of the latter (open vat with blue content)
Look left of the cove, on the middle layer:
10. the top of the light blue giftbox, left of the fairy lights (turned around)

If you have found all the differences, you will get the achievement!