You start with limited gear in the beginning of the game but as the game progresses, the levels demand more tactical plays. You can go loud in the first few missions but there are some missions which should be done without alerts.

Choosing the right loadout can be a game changer,

For starters, the NPCs (mostly Briggs) recommends you some loadout items before you start a mission. You can avoid his suggestions and pick whatever you want but it makes things complicated.

What should you use? Lethal or Non Lethal

Non Lethal all the way since there are some missions in the game where you’re not supposed to kill anyone.

Non Lethal gear might cost more but it will save you a lot of time and avoid unnecessary firefights, and even help you with ghosting.

How to earn cash to buy loadout items

Every item in this game needs to be bought using cash. You can earn this cash by doing missions. Any missions, be it 4E missions or side ops, they give you some cash.

Keep an eye on high value targets during missions. You need to capture them to get some bonus.

Now, a pistol is one of the most basic weapons that you’ll get in the game. It’s very useful in the early game. They are quite cheap and are equipped with silencers. 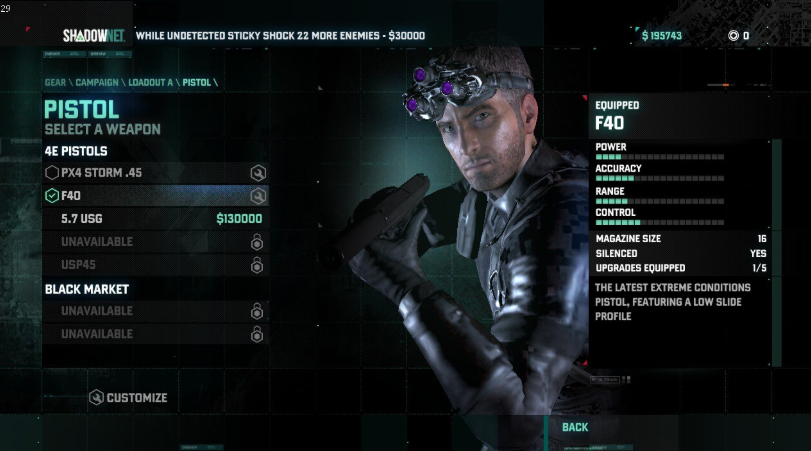 I use the F40 pistol which can be bought in the loadout section. Ditch the basic pistol that the game gives you, its garbage.

You can go for high tier pistols but there are other items that you need to spend your money on.

Goggles is one of the most important item in the game.

With high tier goggles, you can track enemies through walls with better range.

Goggles are the first thing you need to invest in during the early game.

In the first mission, you get night vision goggles, these can be then upgraded to sonar. Further upgrades make the goggles work better. 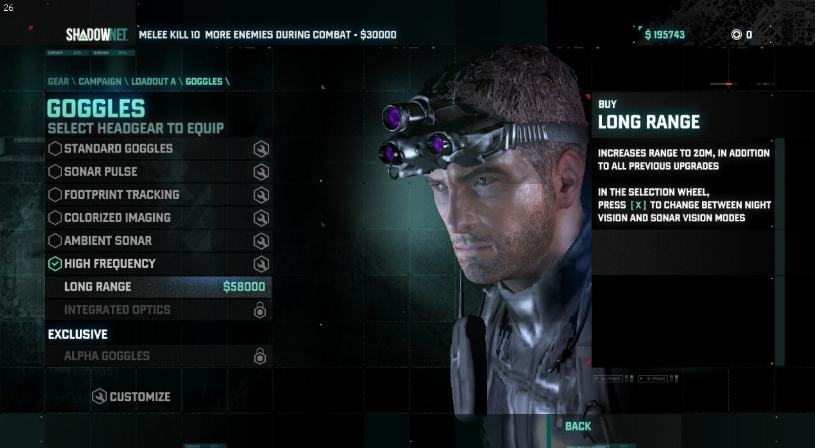 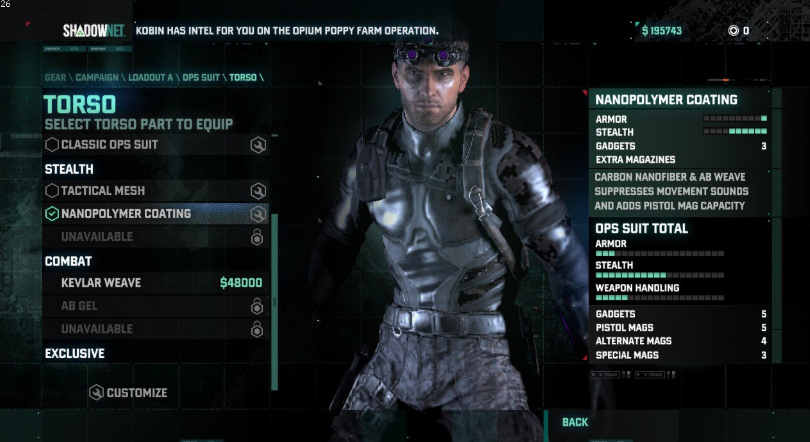 Always go for Nanopolymer coating when it comes to suit. Combat armor is pretty much useless since you can just avoid most of the firefights. Use the stealth armor all the time.

Lights are just cosmetics. They don’t affect the game in any way so feel free to pick any color of your choice. 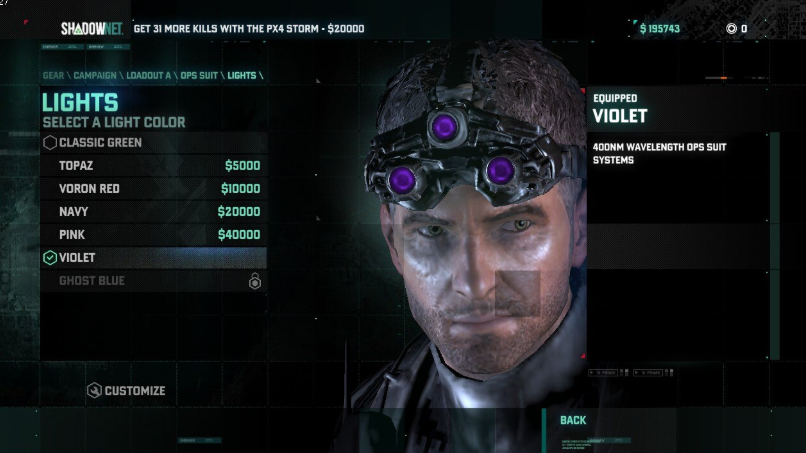 I chose purple lights, what’s yours?

Alternate weapon is your last resort during a firefight. You need a strong gun for this category. Your pistol can be used against normal enemies but only an alternate weapon can deal with heavies. 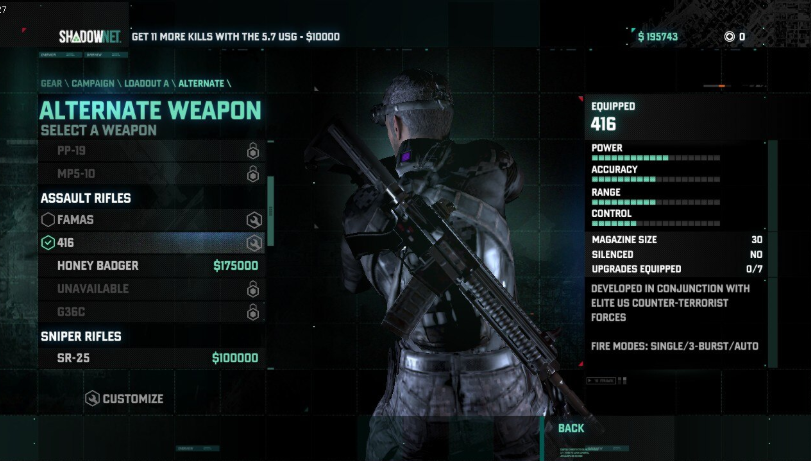 You get a crappy SMG in the beginning of the game. Just ditch that crap and get the FAMAS first. It’s not silenced but you don’t need a silencer during a loud firefight, do you?

You can stick with 416 if you’re trying for stealthy runs. Just in case you run into a fight, you can pull it out and deal with the enemies.

You can rely on tazer in the early game but you should consider upgrading to the crossbow because its better.

Special weapons shouldn’t be used frequently since the ammo is very limited here. So if you’re going non lethal, you have to avoid touching enemies. 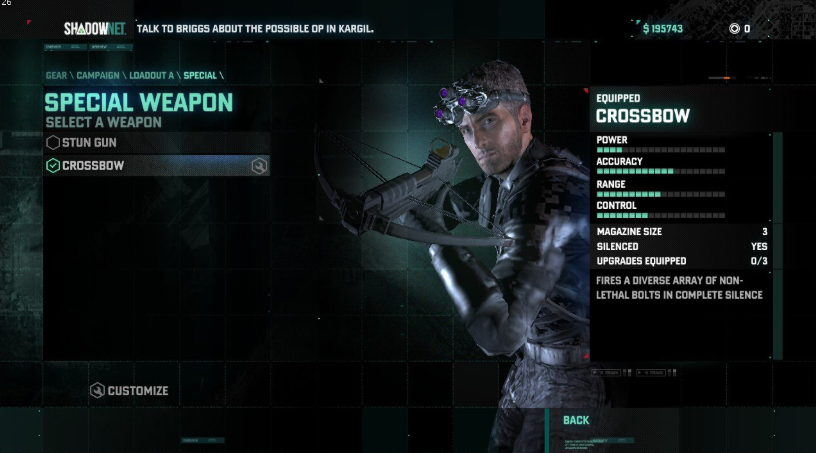 This is the last category but its the most important one. This category can be a game changer. You have stuff ranging from a tiny noisemaker to a drone. 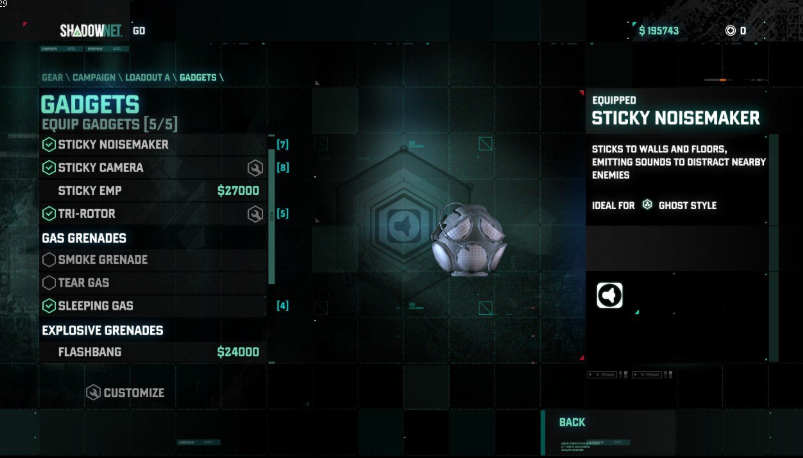 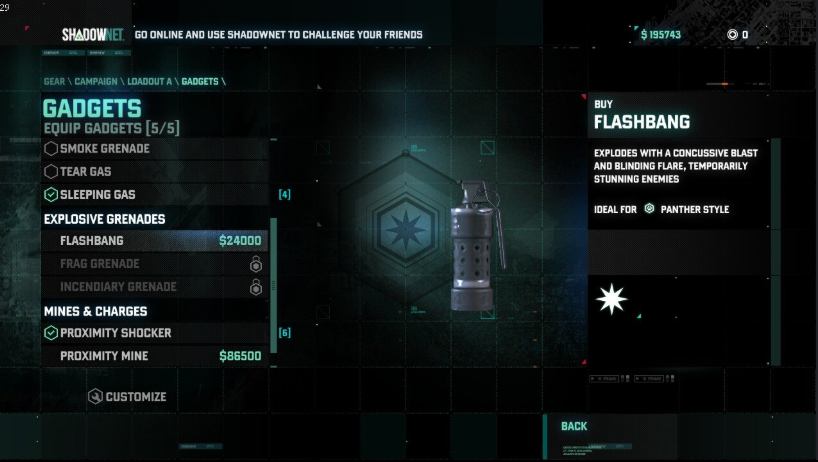 You can take anything you want but noisemaker, tri rotor, proximity shocker and sleep grenade can be a game changer. 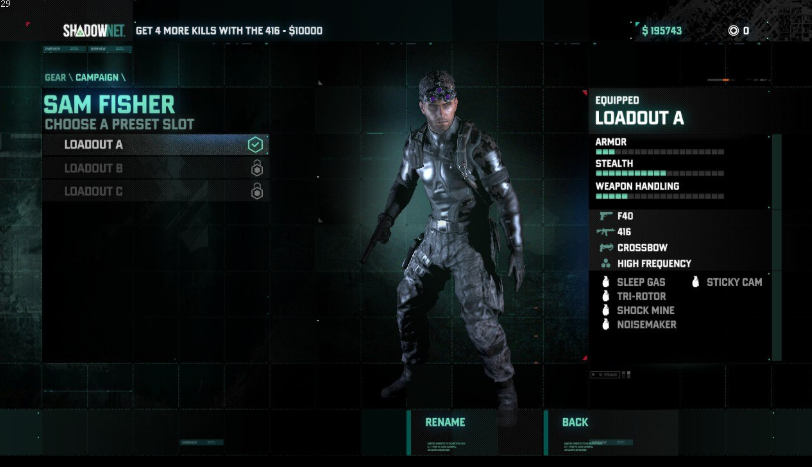