This guide will outline the forces you will face while playing through the Blitzkrieg DLC.

Explanation of system of categorization
1st number outside=Regular steps in units
Number inside brackets is specialist steps
e.g. 27 DP(division Name)- Reinforced(relative strength description(see below)) 6[number of regular steps](1)[number of specialist steps]
Relative Strength descriptions
<4(0/1) or 4(0) are Understrength
4(1) and 5(0) are Regular
5(1) and 6(0) are Fresh
6(1) and 7(0/1) are Reinforced
Specialised descriptions below.
DP/PDP/WDP= All different names for Polish Infantry Divisions
OW= Polish Detachment roughly equivalent to a German Regiment
BK=Polish Cavalry Brigade 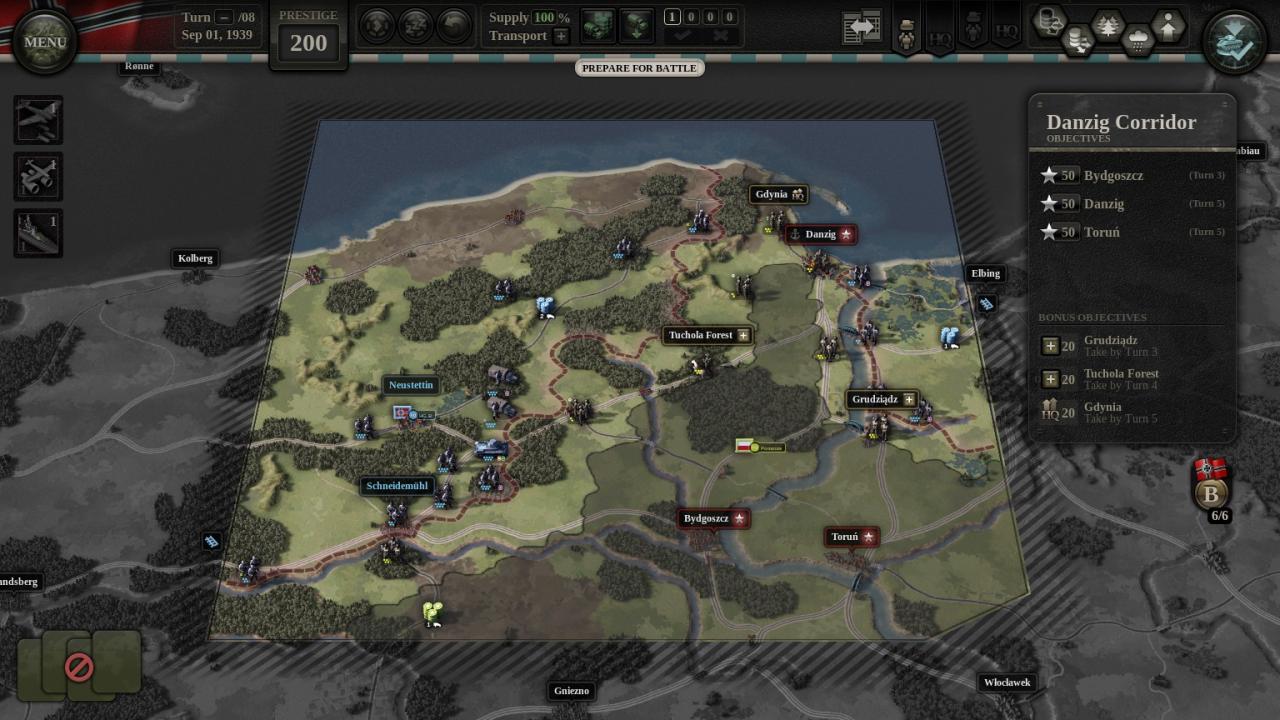 General, welcome to the front. Our objectives are the capture of the Danzig Corridor, most importantly the city of Danzig and the inland cities of Bydgoszcz and Torun. Additionally capturing the city of Grudziadz, securing the Tuchola forest and seizing the port of Gydnia will free up resources for the rest of the Polish campaign.