Some important tips to avoid frustration with the final boss of the game.

UnMetal isn’t a particularly hard to crack game. Its difficulty relies more on the use of reflexes than in being able to figure things out. That being said, there are a few instances where the game gets tricky and can lead to frustration, particularly in the very last boss fight. I’m making this small guide in order to help people avoid that frustration.

Prep before the fight

– On the middle floor, in General X’s office there’s some furniture on the top right. Destroy it to access his ammo stash, in case you’re low and need to resupply. There are bullets, rockets and both kind of grenades here, and you’ll need it all. If you have the invincibility item, I hope you weren’t expecting to use it in this fight, because you won’t be able to. Just a heads up. 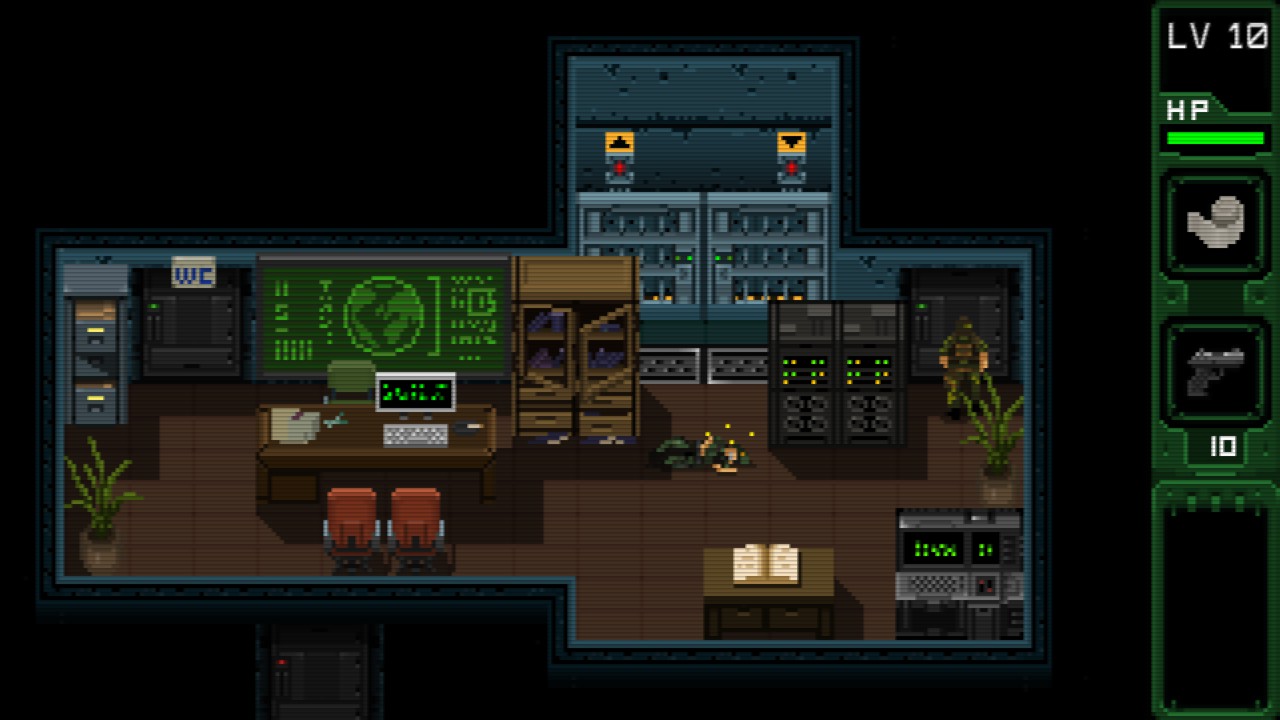 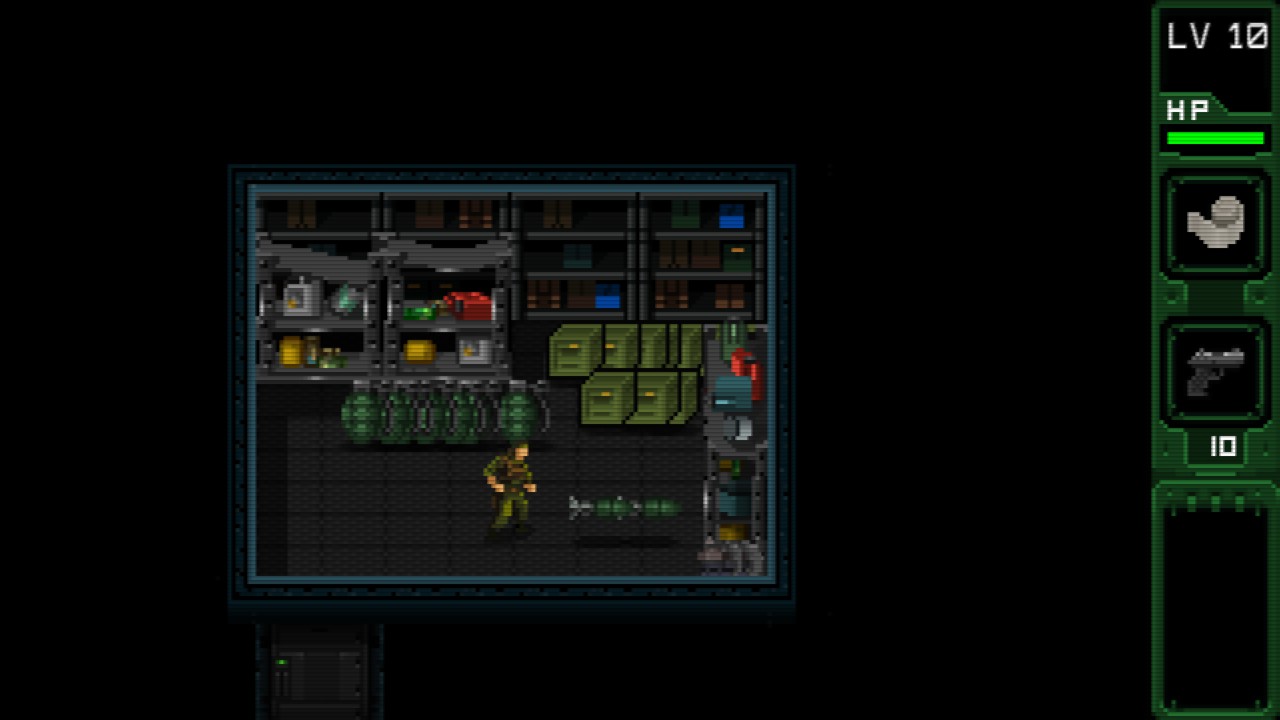 -On the top floor of the elevator ride, you might get the idea of leaving Colonel Harris’ unconscious body there before exiting to the roof, so he doesn’t get harmed in the fight. RESIST THAT TEMPTATION. The Colonel won’t be harmed anyway, and if you leave him here you’ll regret it, as I’ll explain later. 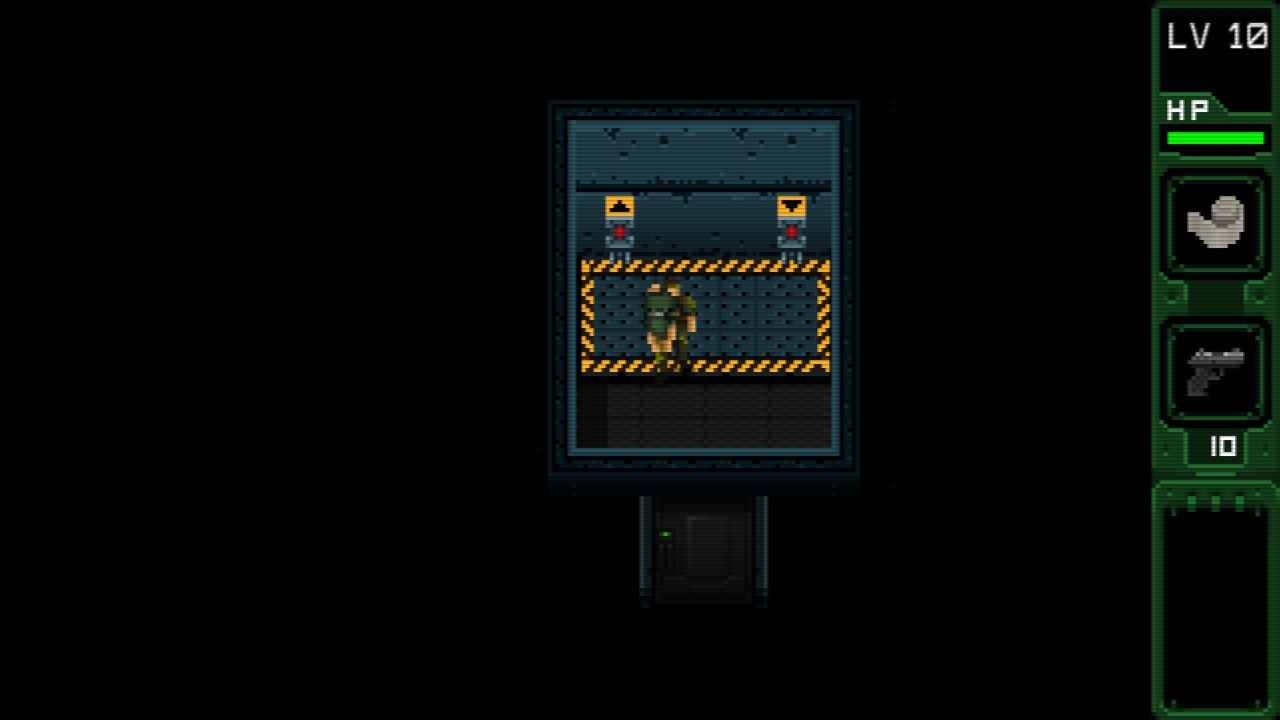 At the start of the fight, General X will reveal he carries a cloaking device and turns invisible. This will play a major role in the fight.

This fight consist of three stages. The first one has the General attacking you with drones. These are very easy, as they’re not particularly fast and can be destroyed with one bullet each. But you will start noticing that the General is using this distraction to steal items from your inventory while you can’t see him. This is unavoidable and between the things the General steals are your precious invincibility rings. If you’re quick you might be able to use one before he steals them, but it’s basically a waste, since the drones are very easy to avoid. 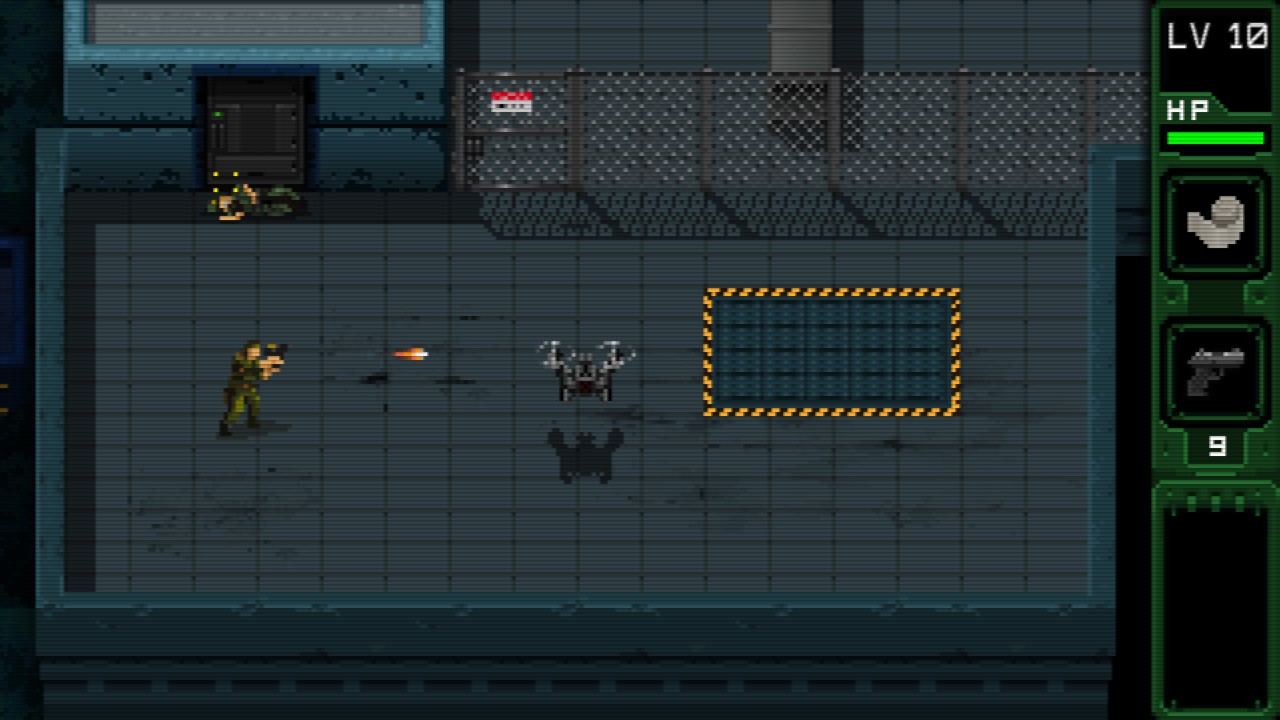 Once the drones are done, General X will release a tank. The tank has two attacks: Rockets, that can only go horizontally or vertically, and a hail of bullets, that will follow you. Keep your grenades and rockets ready to destroy this thing. At this point you must be very familiar with bullet dodging, so this won’t be much of a problem, but here’s the thing: it’s imperative that you spend all of your medikits here, so if you have plenty you’ll have to let yourself get shot until you use them all. It sounds counterintuitive, but things will become clear in a moment. 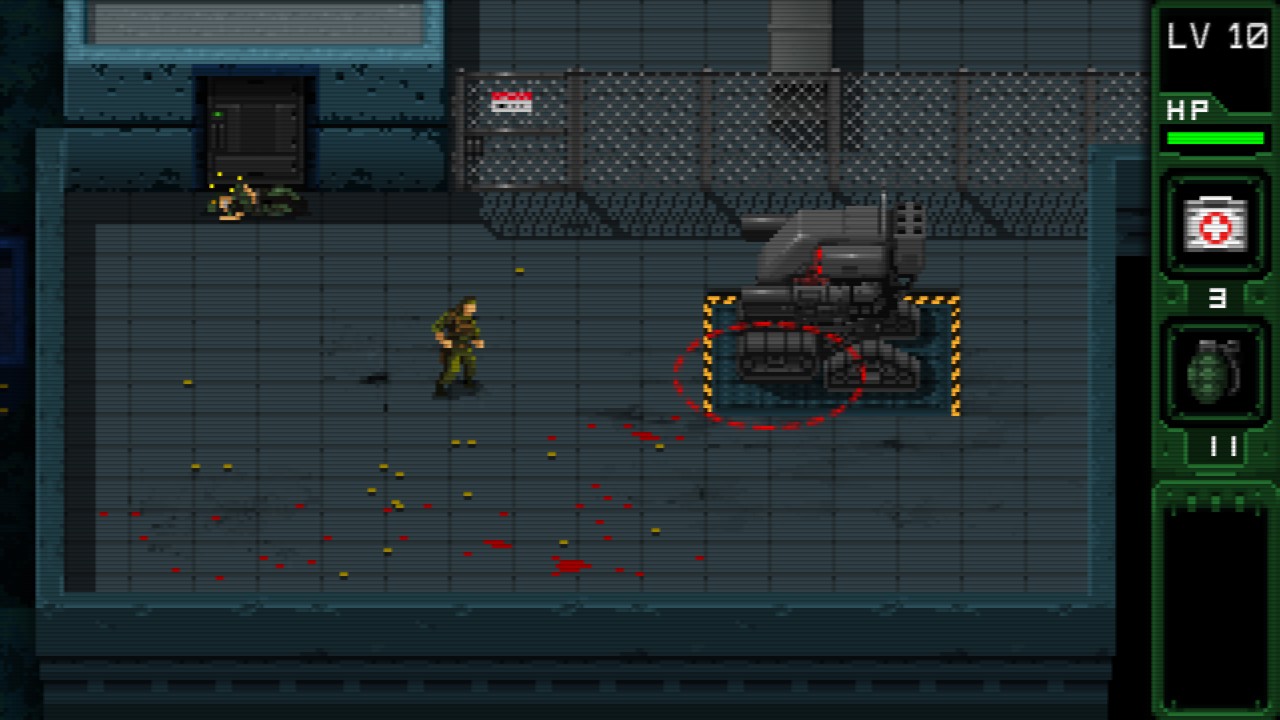 For the third and final stage, you deal with General X himself. He turns invisible and periodically shoots three times in your direction. Keep yourself on the move to avoid the shots as you pinpoint his location by looking at the place where the bullet cases are falling from and try to time your movement so you position yourself at grenade-launch distance from him when he stops shooting. Then launch an electromagnetic grenade at him, and before the grenade touches the ground switch to your pistol. The grenade will disable his cloaking device for a couple of seconds, leaving you free to shoot him. Take notice that as he activates his device again he moves up or down, so if you can position yourself on top or bottom you’ll get more shots on him than if you put yourself left or right. 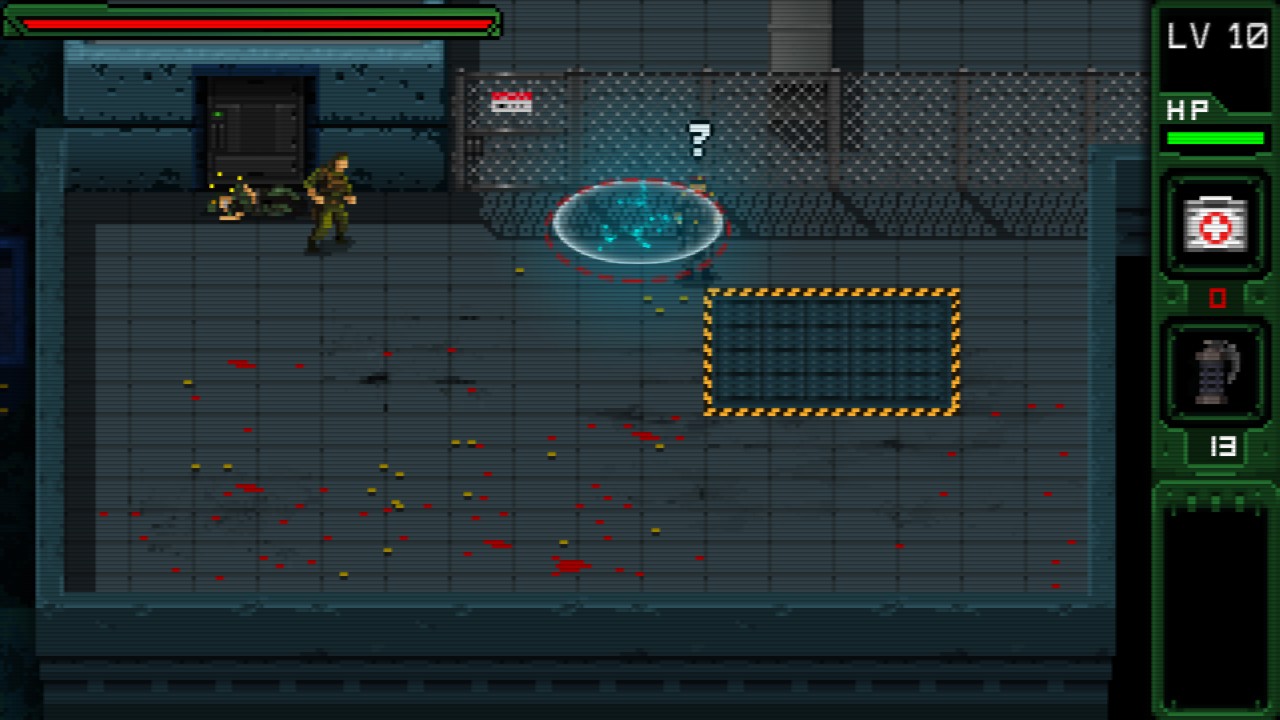 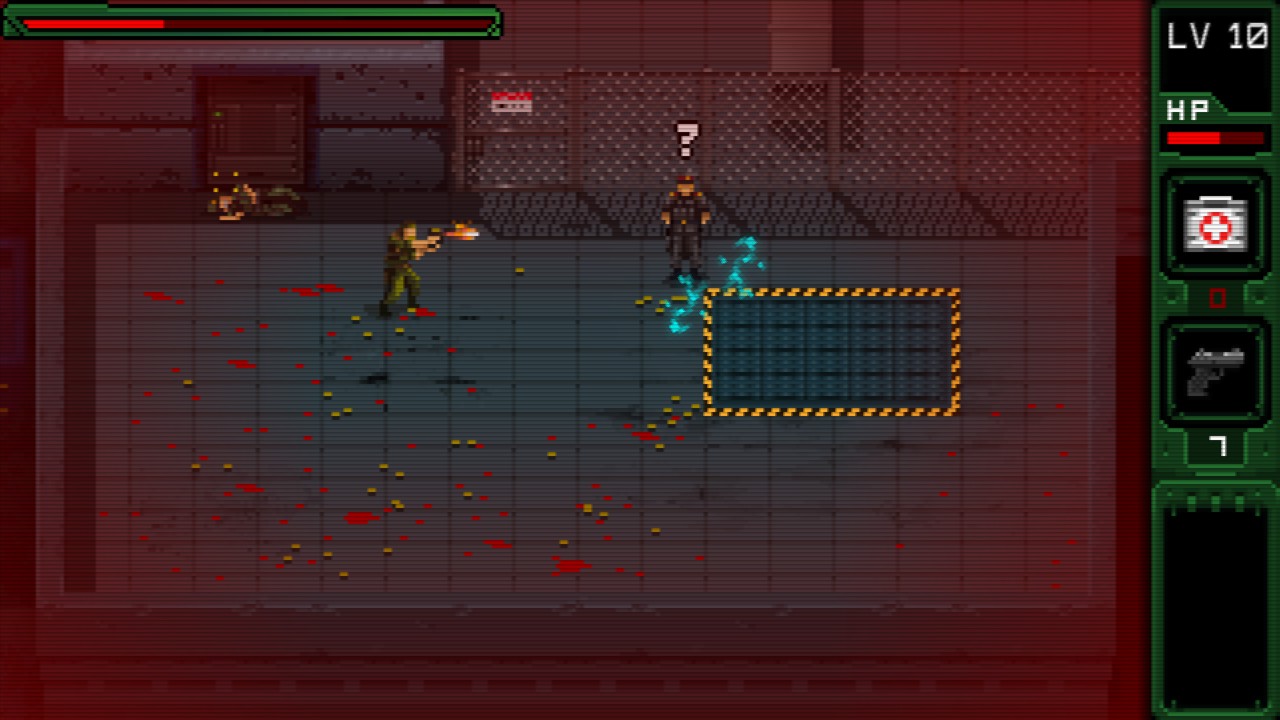 Once you’ve caused him enough damage he’ll have some dialogue for you. If you happen to have any medikits in your inventory at this point, he’ll steal them and heal himself instantly to full health. He will also pierce your skin to leave you in bleeding state. This is why it’s a bad idea to bring medikits, because now you’re bleeding and he’s back at full health. Whatever the case, you have to make sure to shoot him down before you bleed to death.

After the fight is done, you get a cutscene. General X is fallen and seems defeated, but he unexpectedly shocks you with a hidden device and kicks your gun away. If you took the Colonel with you to the roof like I said, he’ll take your gun and shoot the General down. But if you made the mistake of leaving the Colonel inside the building, the General will kill you, forcing you to do THE ENTIRE FIGHT AGAIN. 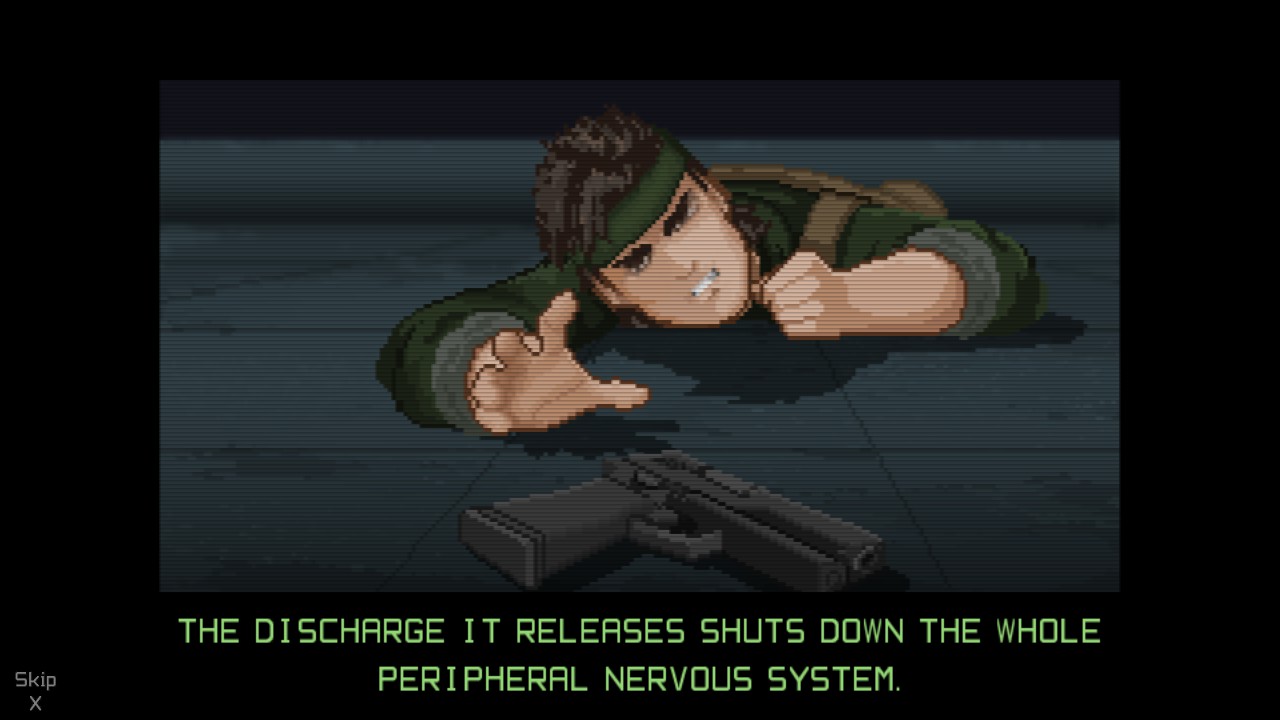 So yeah, again, bring him with you.
By Dreadjaws