There will be mechanics, features and secrets about which you probably did not know. If you have something interesting that you can add here, then write to me in steam)

1. When throwing a Molotov at rats, food will fall out of them. Molotovs can also collect food from large slugs, mushrooms, larvae. 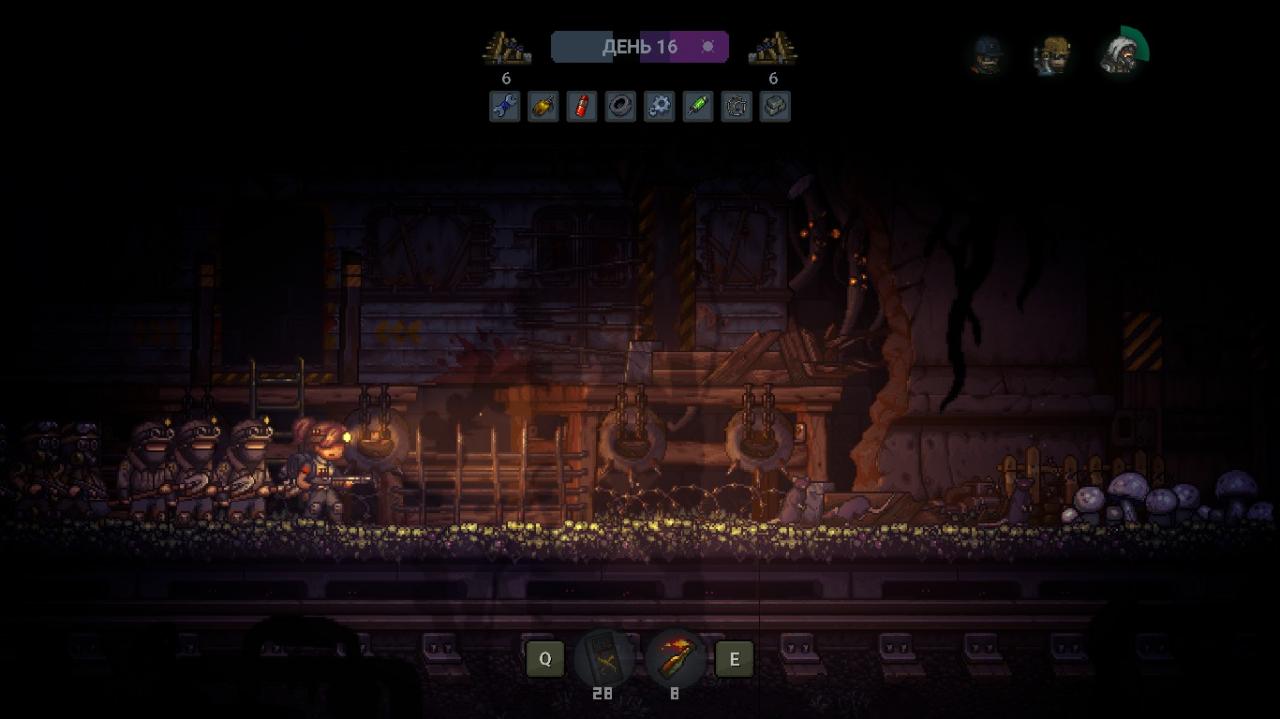 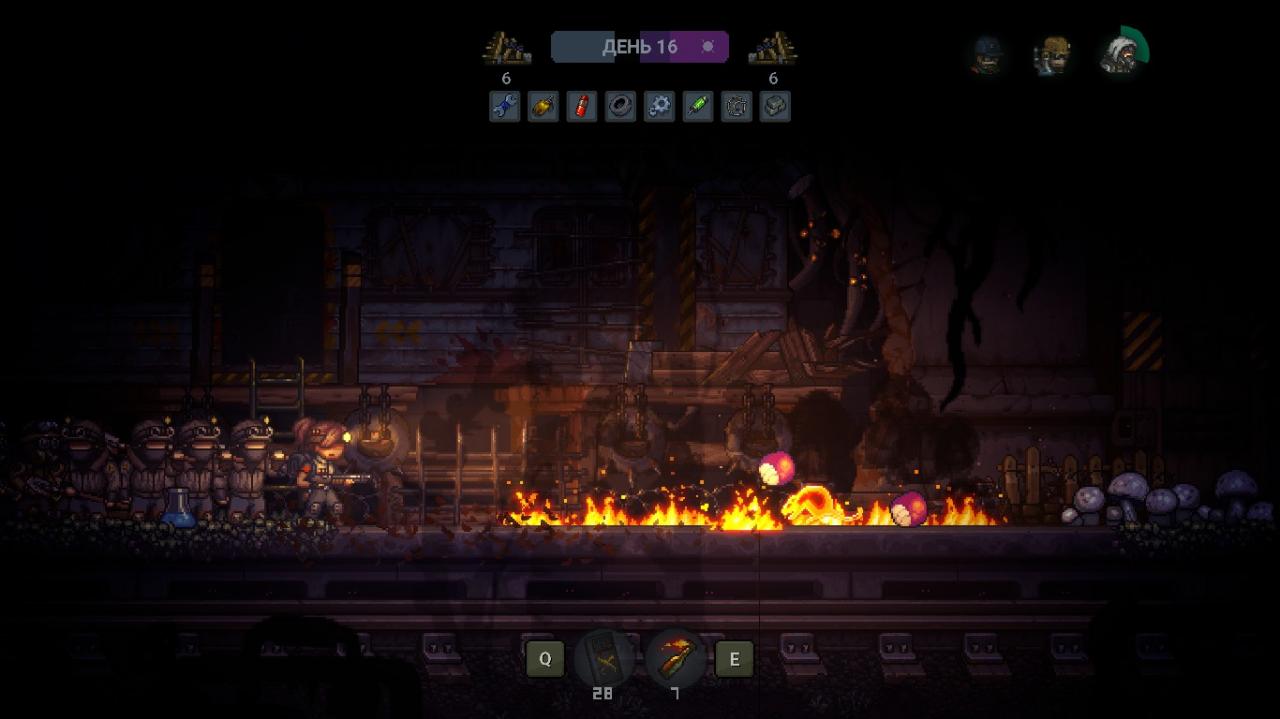 2. If you leave people to work outside the walls in the morning, then when evening comes, they themselves will come to the extreme walls, on the side from which they were left.

3. When the grass on which the mushrooms grow is destroyed, they will not grow there for several days.
(Try not to destroy the mushroom spots)

4. Mushrooms themselves turn into food if you build a wall in the radius of which they stand.

5. When shooting monsters in the back, the damage increases.

6. Diggers can be recalled to cope with a flower and a large slug without loss.

7. Stalkers can shoot in a squad, not only at the walls, for this you need to start shooting yourself. Helps in egg stripping. 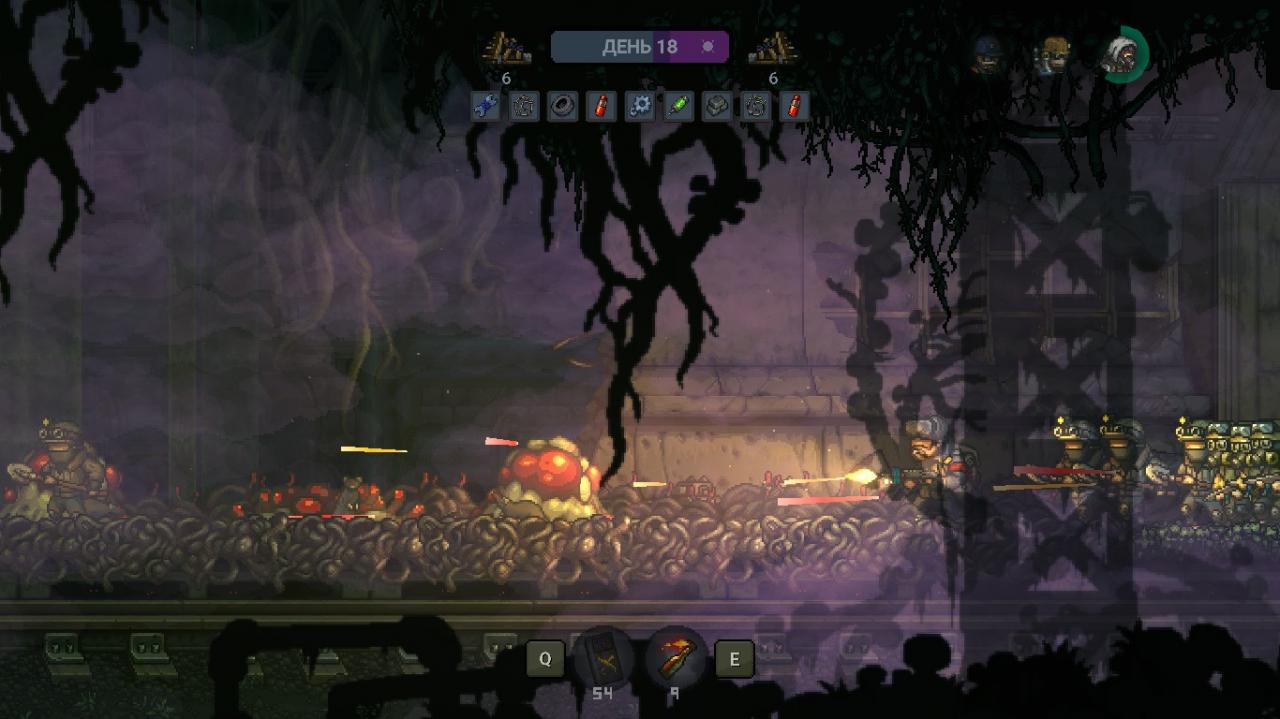 8. Damage to enemies stunned by shovels is 60% higher

10. When choosing a bonus, you can press the English “P” button to change the bonuses to choose from. So far, few people know about this, since it is not said about it, but with the update, most likely it will be a common mechanic that everyone will know about.

1. If your civilian is injured, he will heal when changing profession.

2. An interesting and funny fact, but if a howitzer from an armored rubber hits a large slug, at the time of shooting at monsters, it will die and give food) you need to be very lucky to be so lucky to see it (lucky to see it 2 times)

3. If you stand at the roots of the build-up at night, where the build-up should appear in the morning, then it will not appear.

4. If you go behind the lantern near the wall, then all mutants except spiders and spitters will not react to you, which makes it possible for the first days to easily deal with the attacking monsters. 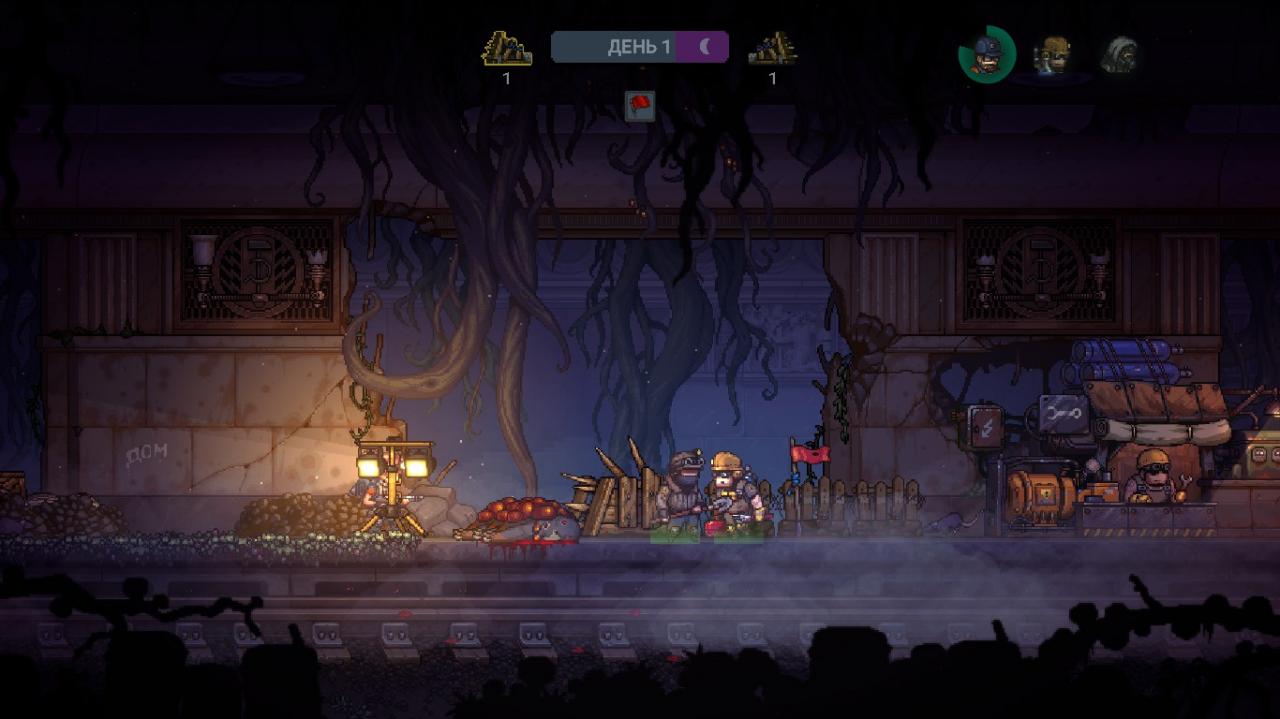 If you have chosen the bonus “tires”, then the place is shifted here – to the third cross of the first thorn. 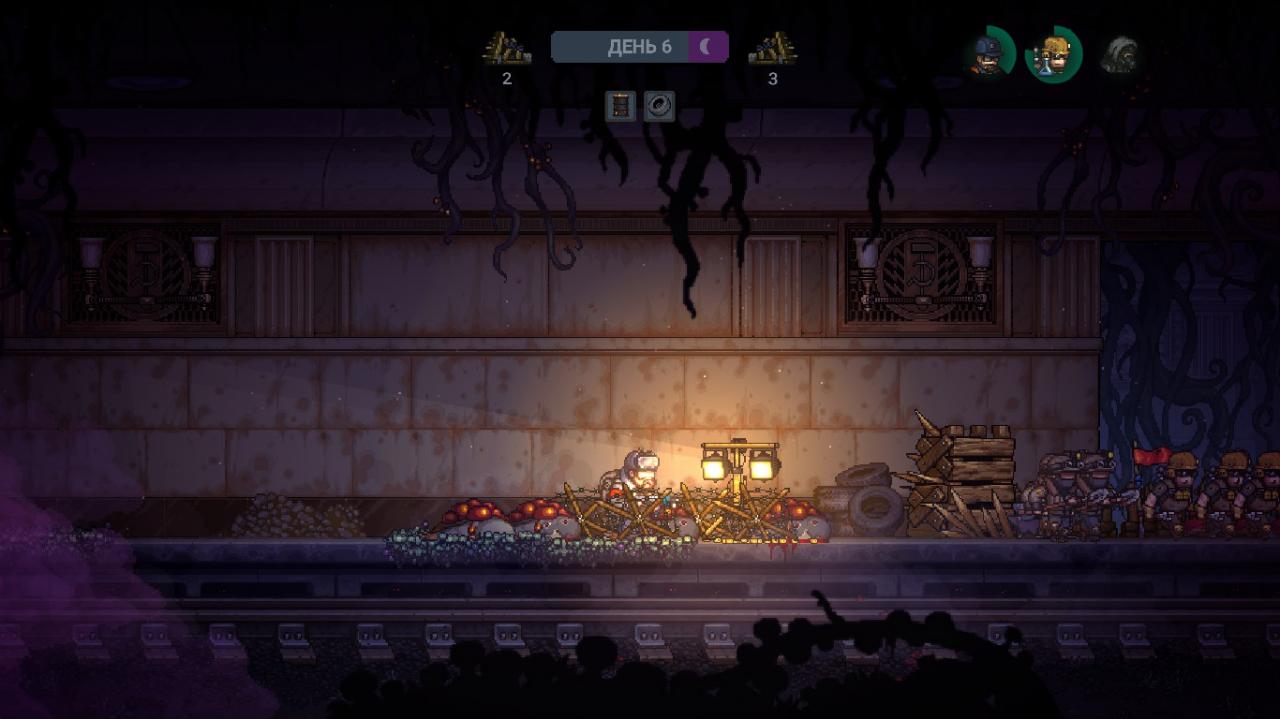 5. Playing on the normal, you can not skip the tutorial and build a wall, a shovel workshop, a generator, without wasting time. If you wait a bit, the trolley will arrive immediately after the end of the training.

6. Another fun fact: you can skip building the generator at the beginning of the game, and go to the leftmost open door, where you can sit endlessly. Thus, you won’t be able to win and unlock improvements in the car, but it’s funny) especially when you go to check what happens at your base after 25-27 days.

7. If an ingrown spit is triggered near the open door, you can enter the room during the shot and not receive damage. Think for yourself how to use it)

8. If your wall was broken through, then take the retreating units to the detachment, so they can retreat with you faster and take a position for defense.

9. Stalkers always return the next morning, if they are sent no later than nightfall.

10. When the two outer walls (6 and 5) are destroyed, you can repair the sixth wall at once without repairing the fifth. If grass grows between them, this feature will not work.

1. When a big wave starts, the time in the game slows down.

2. On the English letter “L” you can start the animation of the hero’s dance. Funny gag) 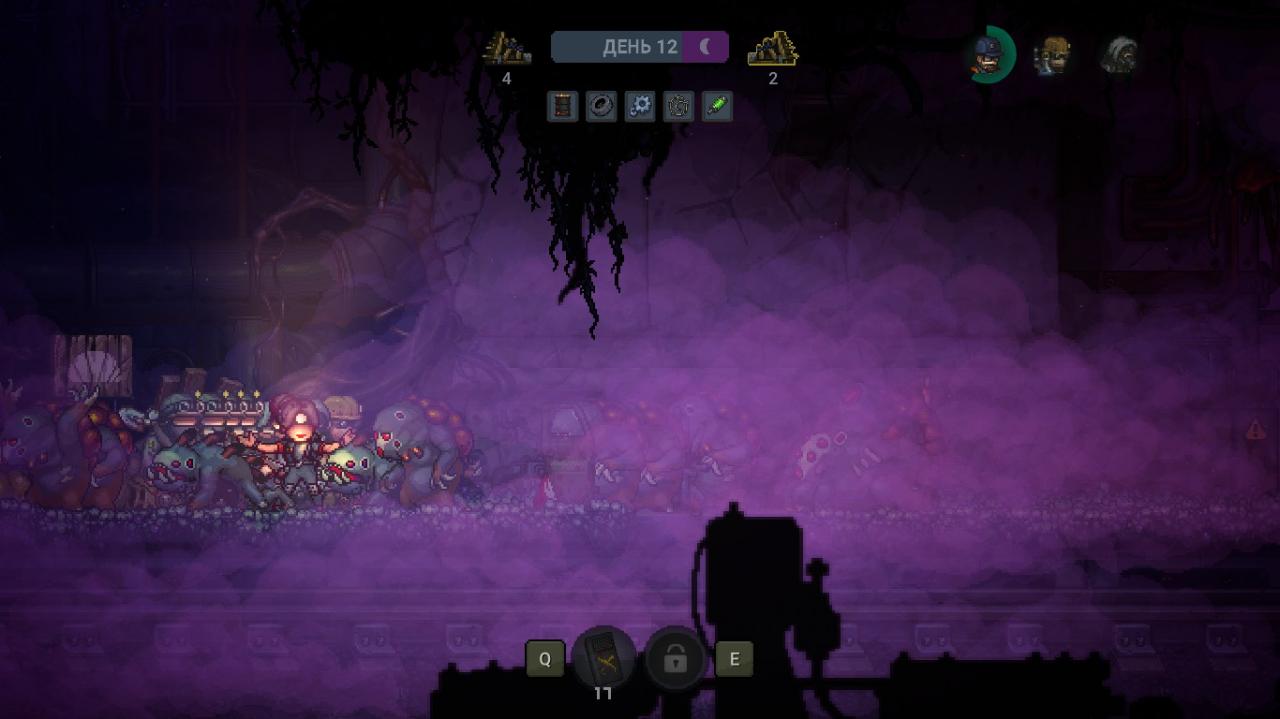 3. If you do not barricade the breach on the left to the second big wave, then mutants will be run from it.

4. If you send stalkers to the surface immediately after the first sortie, then two of them will die on their return, and the stalker will scold you for your haste.

5. In the game, you can activate the Evening background, for this we live until the evening, exit to the main menu, press the “start over” button, after entering the character selection menu, press esc. Ready) 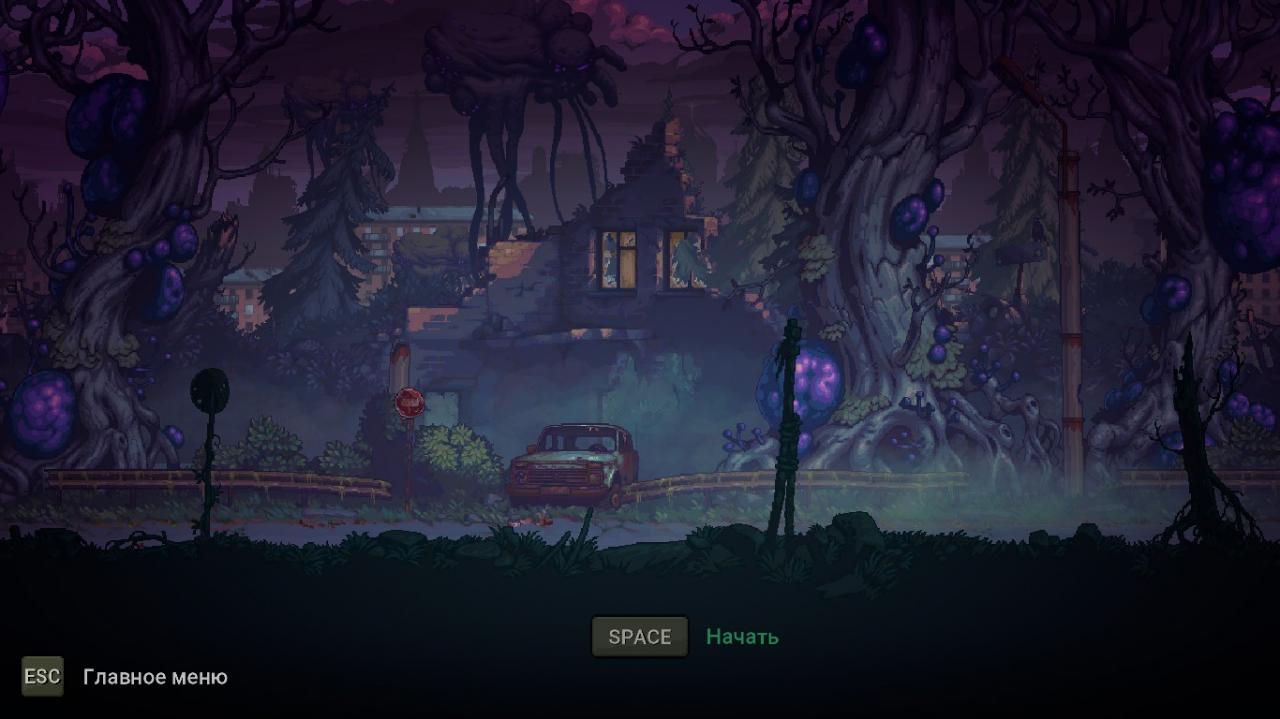