Complete achivement guide for Within Skerry!

Hello! Thanks for choosing this guide, I started playing Within Skerry a few weeks ago and i have been obsessed trying to get all the achivements and after completing them i figured, why not make a guide about it.

NOTE: This guide contains spoilers so if you haven`t played the game before i am now warning you. Pretty much the whole story will be spoiled, so if you don`t want to get anything spoiled stop right here.

After you exit the house beyond the third gate go up to the master bedroom where there will be a gun and a empty chair. As you pick up the gun the door behind you closes, you sit down in the chair and get ending 1. 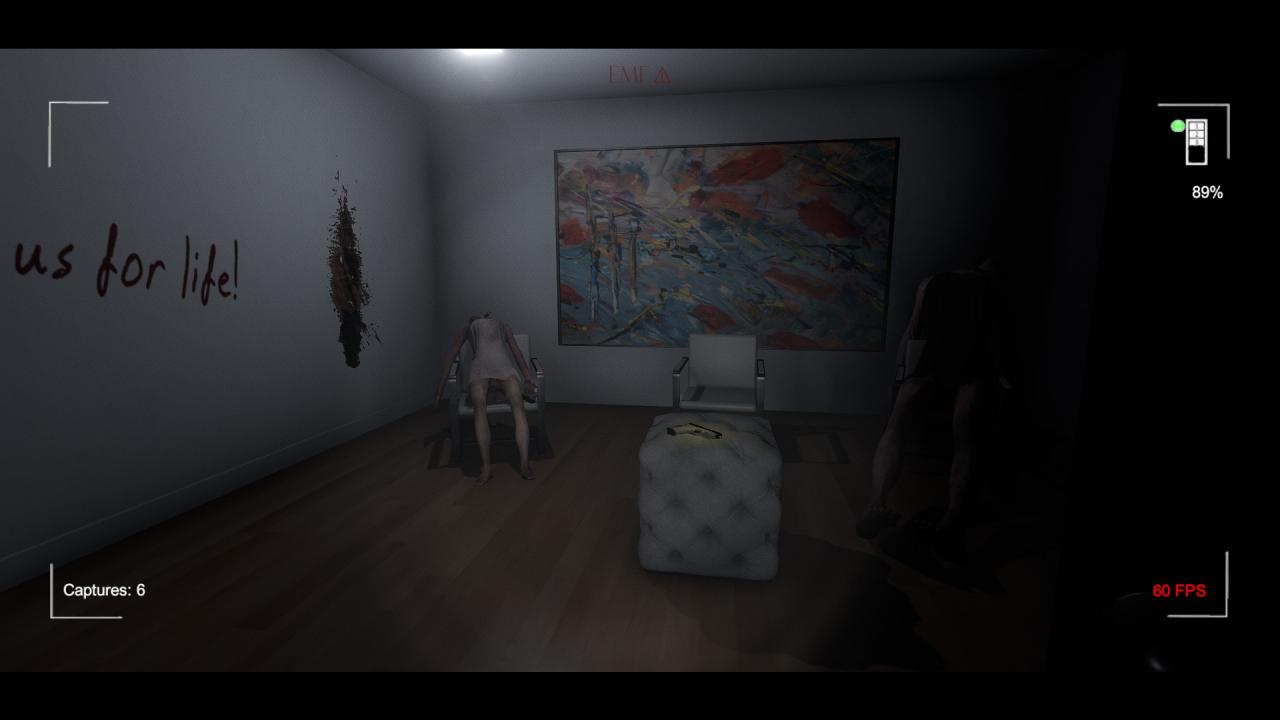 Instead of picking up the gun get the “EMF device” from the last door you unlock in the house behind the third gate and go up to where the first spinner safe is located and open the red door, get the fuse, place it in the fuse box to the left of the red door. The stairs should appear and you can go up. Now get the holy cross [Guide below]. Go up to the attic with the cross and detonate the bomb to achive ending 2. 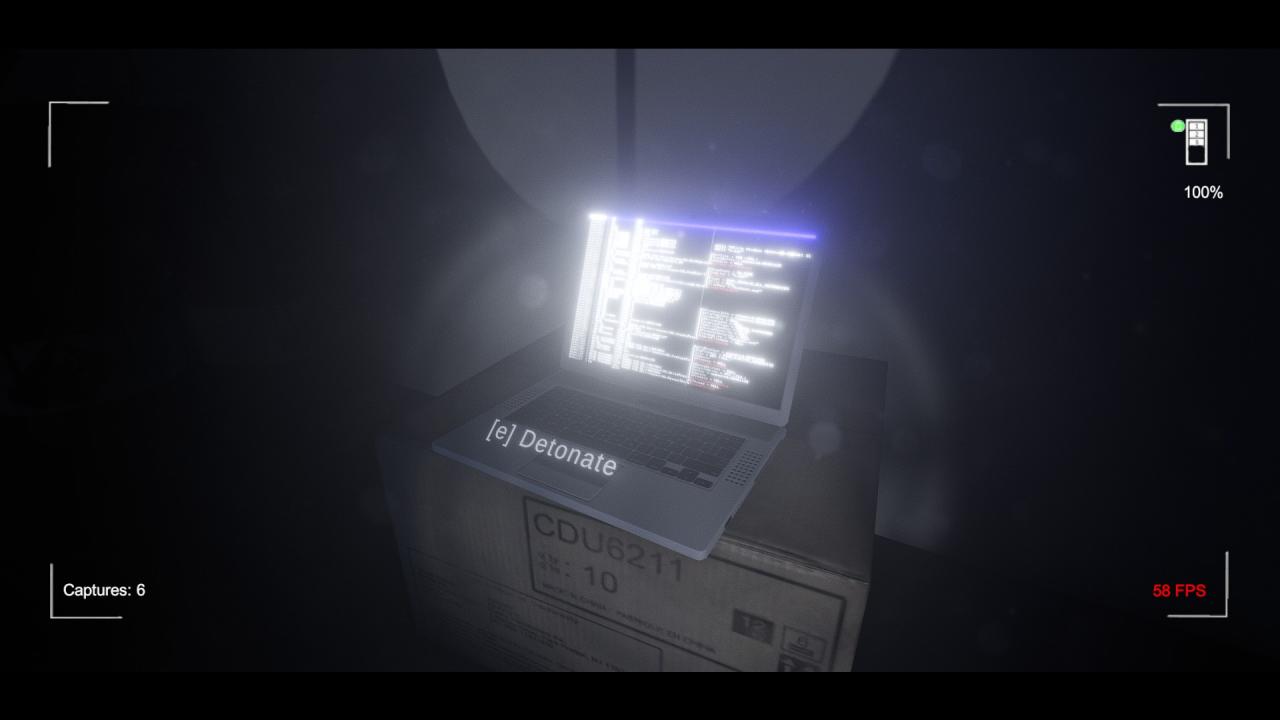 Same as ending 2 (get the holy cross) but instead of going to the attic go to the room where ending 1 is located, pick up the gun, go to the room beyond gate four (key from secret lockbox). Use the gun to shoot the lock and unlockt the place behind bars. Pick up the boat and return to the docks where you first spawned to get ending 3.

After you unlock the last door in the house behind gate 3 run for the front door where you came in and don`t get caught by the enemy behind you.

Same as ^^ except you get caught.

Get to the attic take the ladder and place beside the fridge in the kitchen. When you go up take the cross on the fridge to get the achivement. 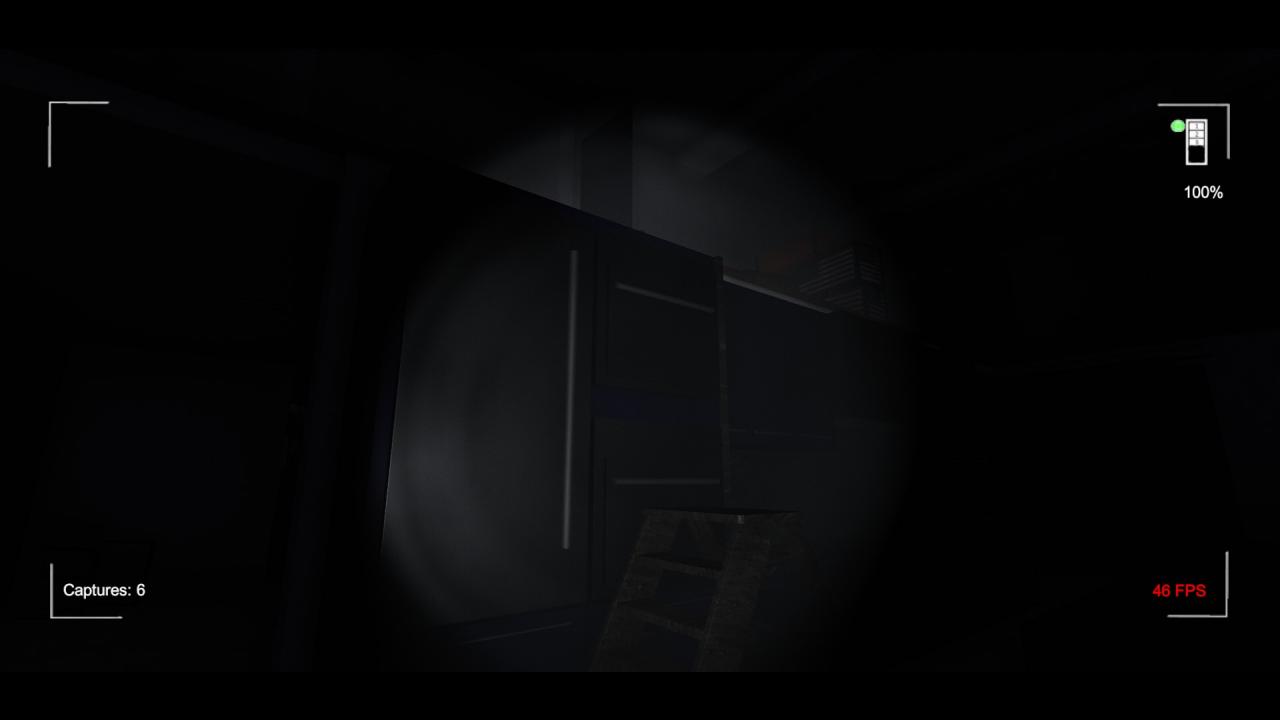 Thats where you place the ladder (sorry for bad image)

Get all the notes scattered around the area. VV Guide below VV 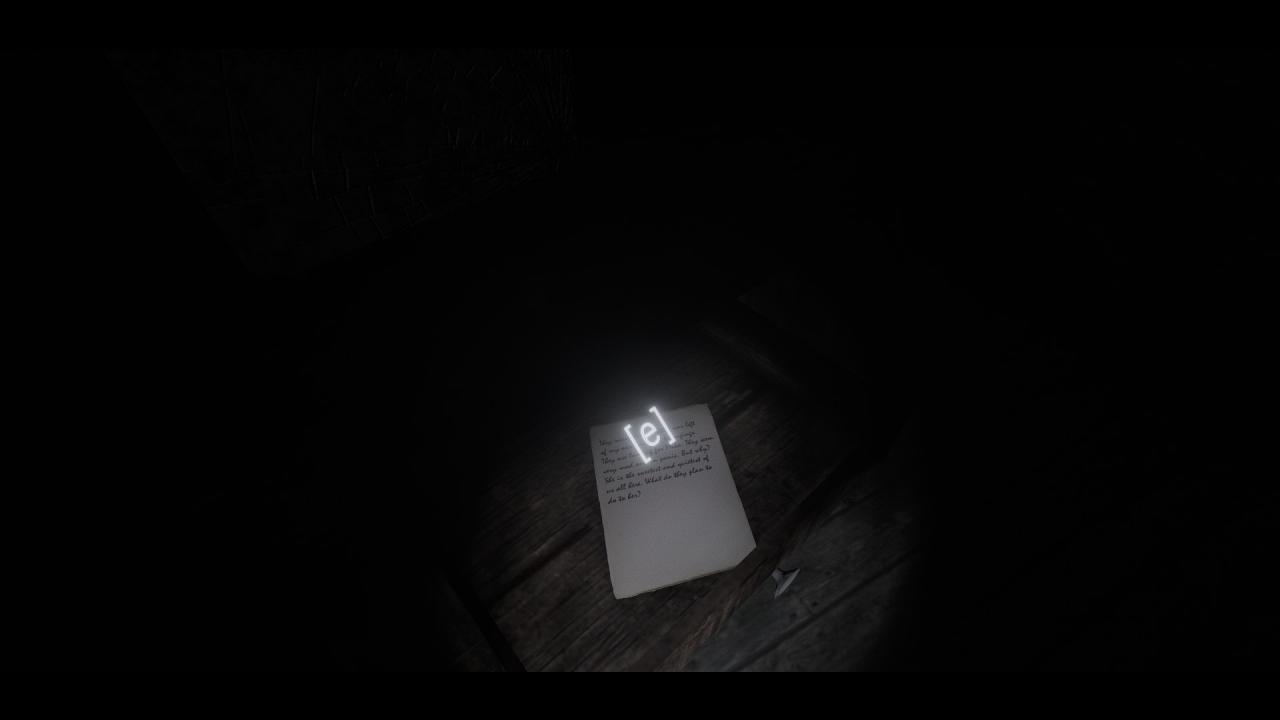 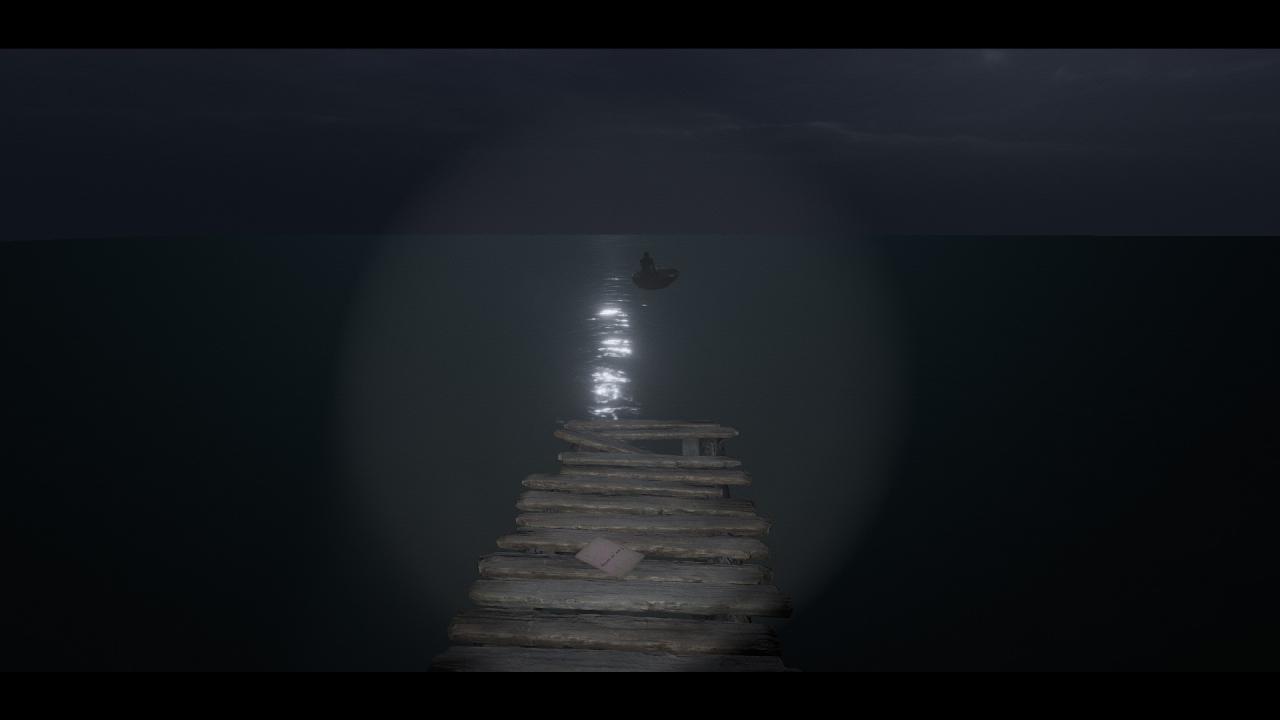 Get this note after the mysterious person leaves with your boat 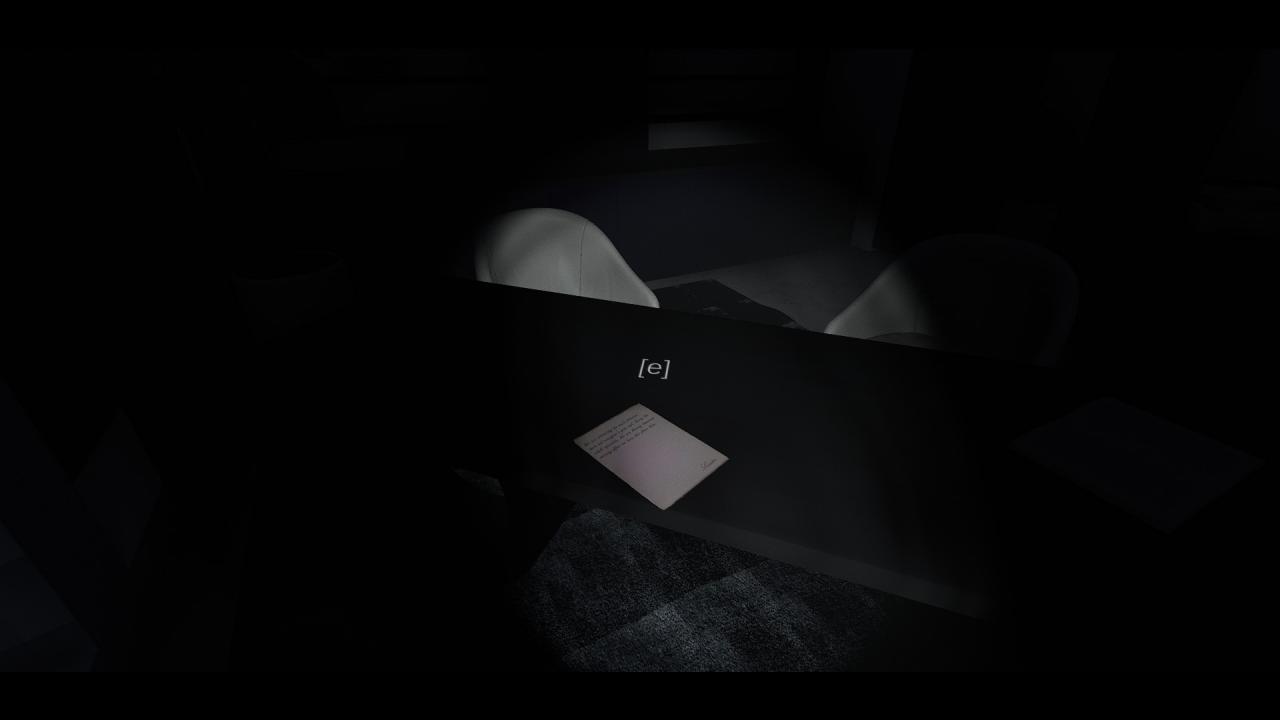 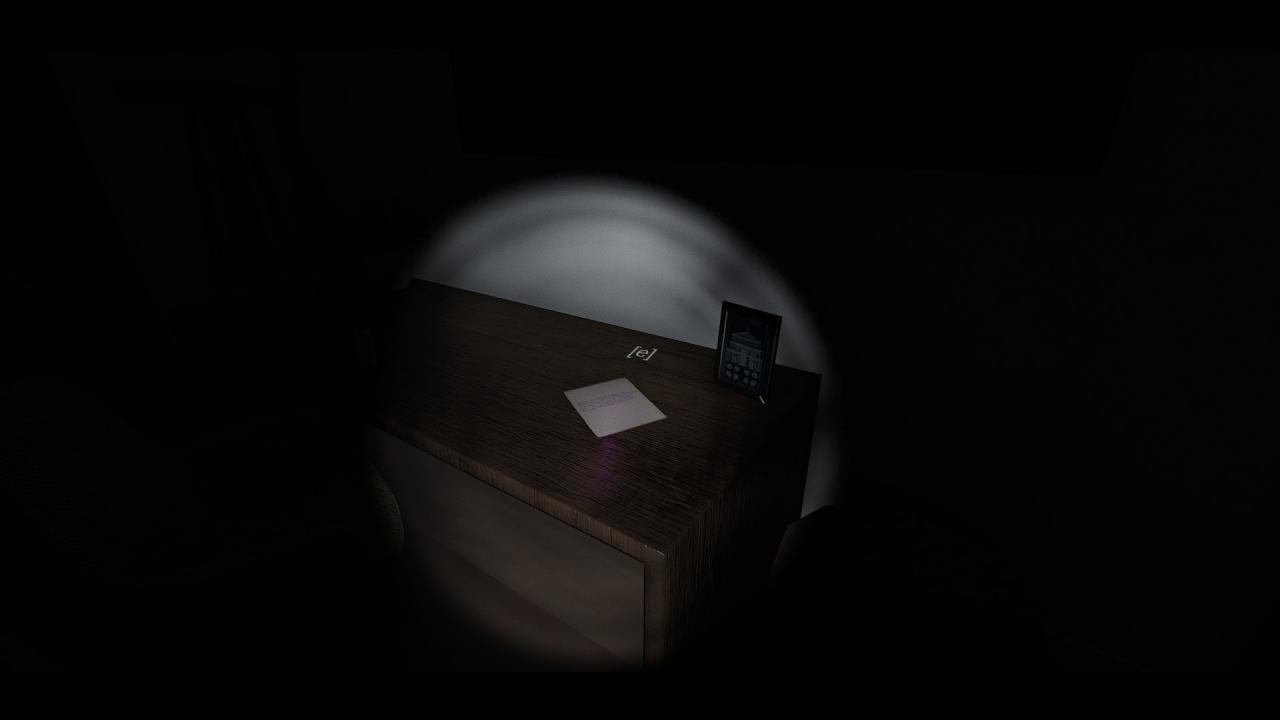 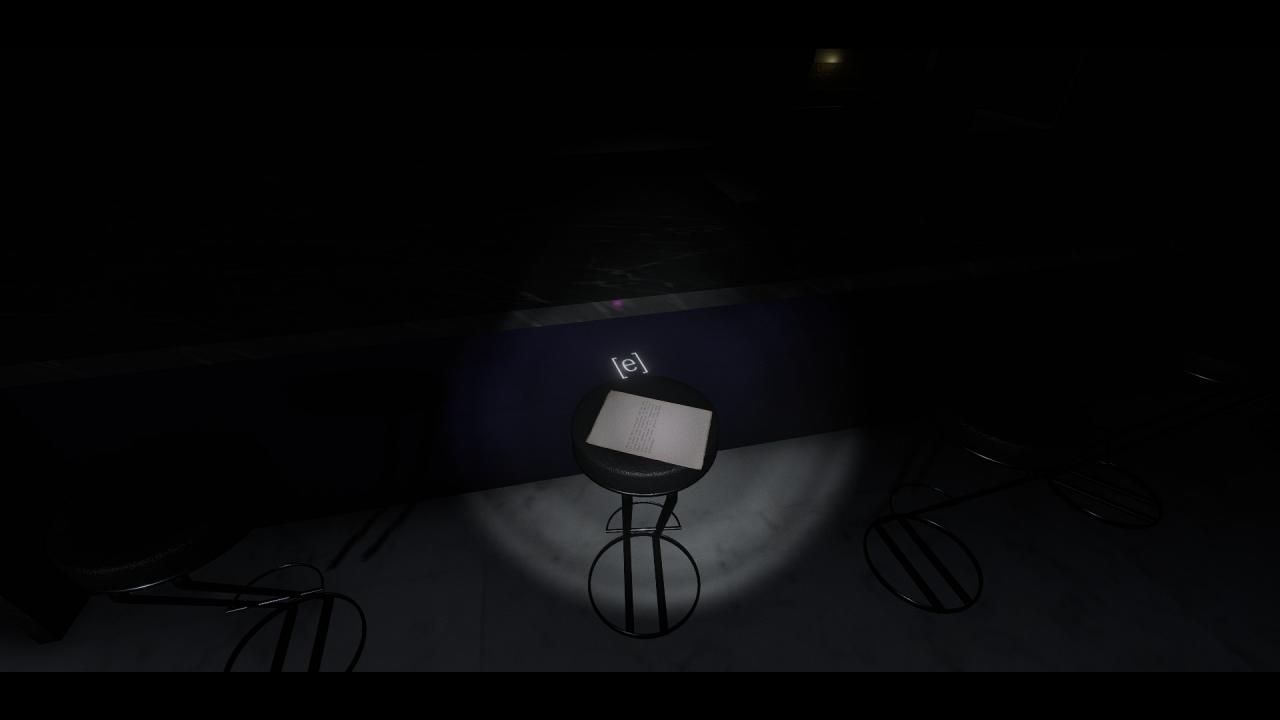 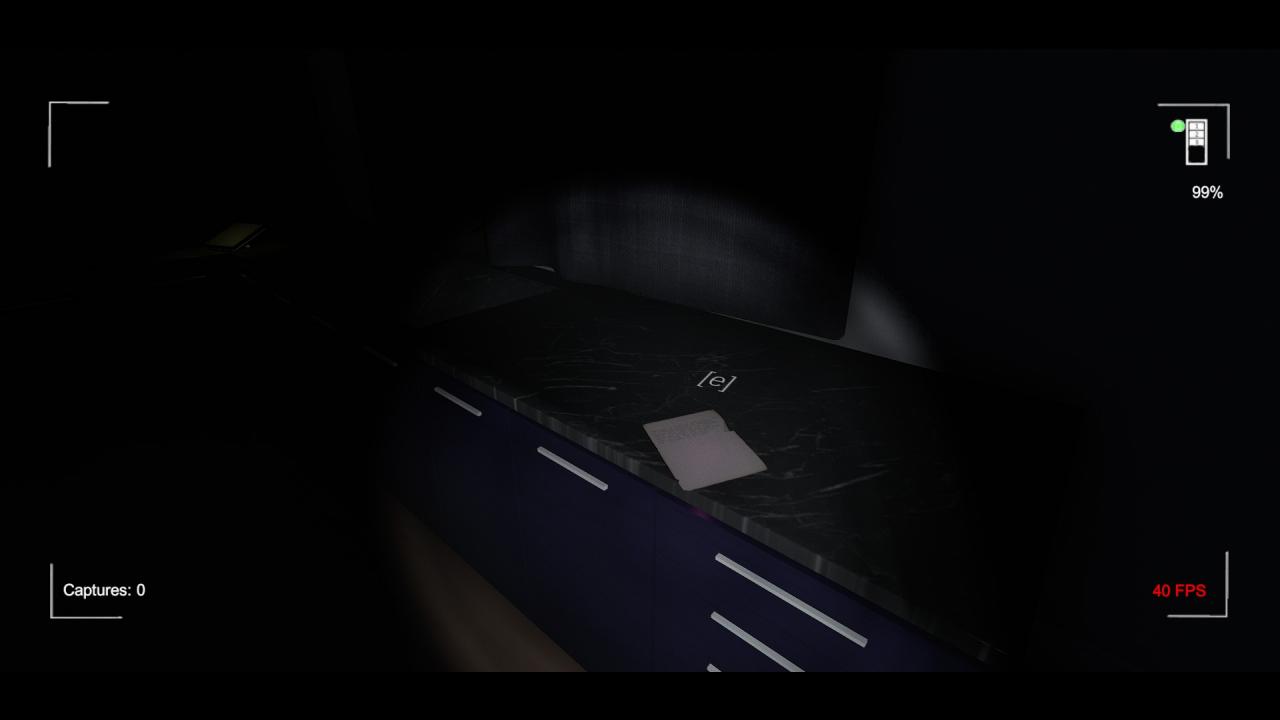 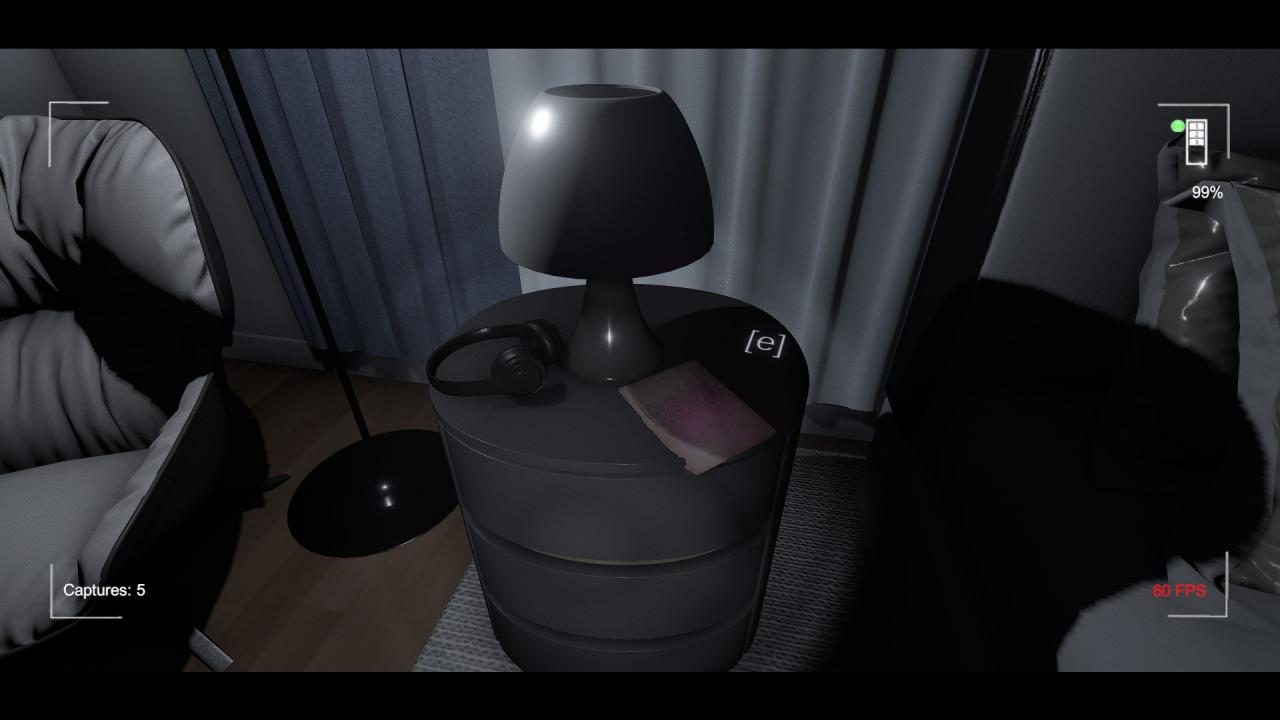 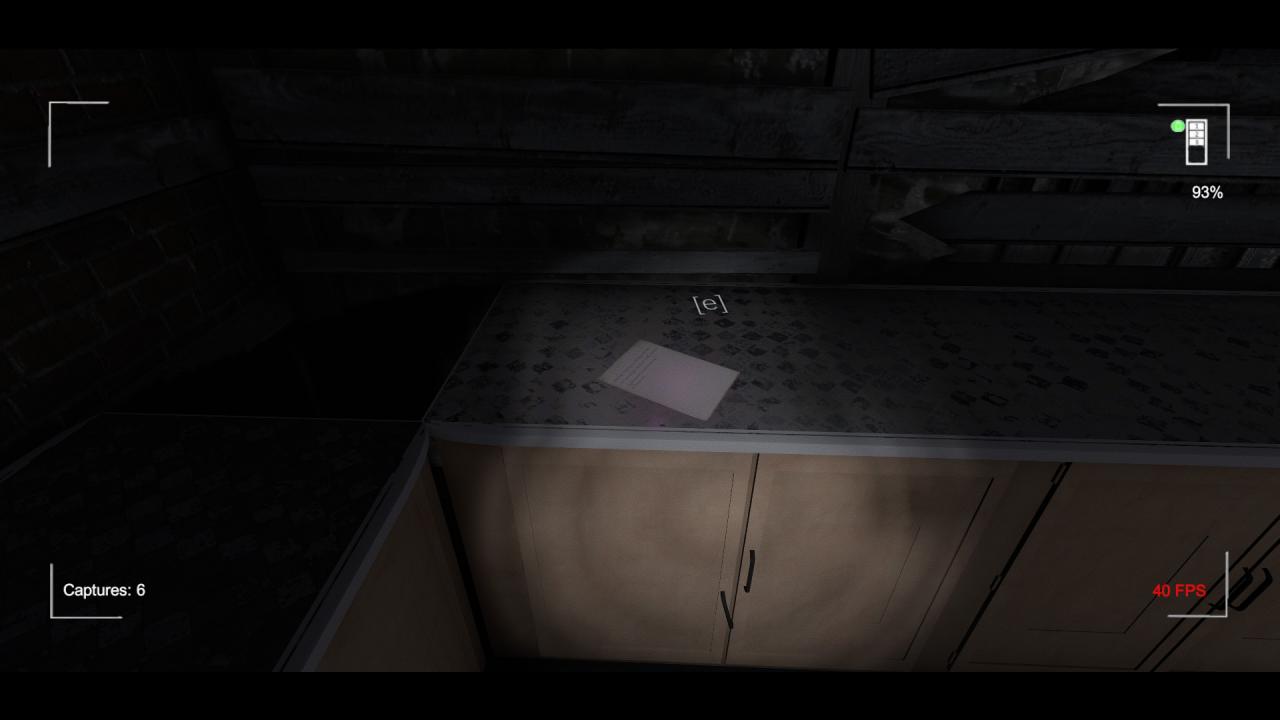 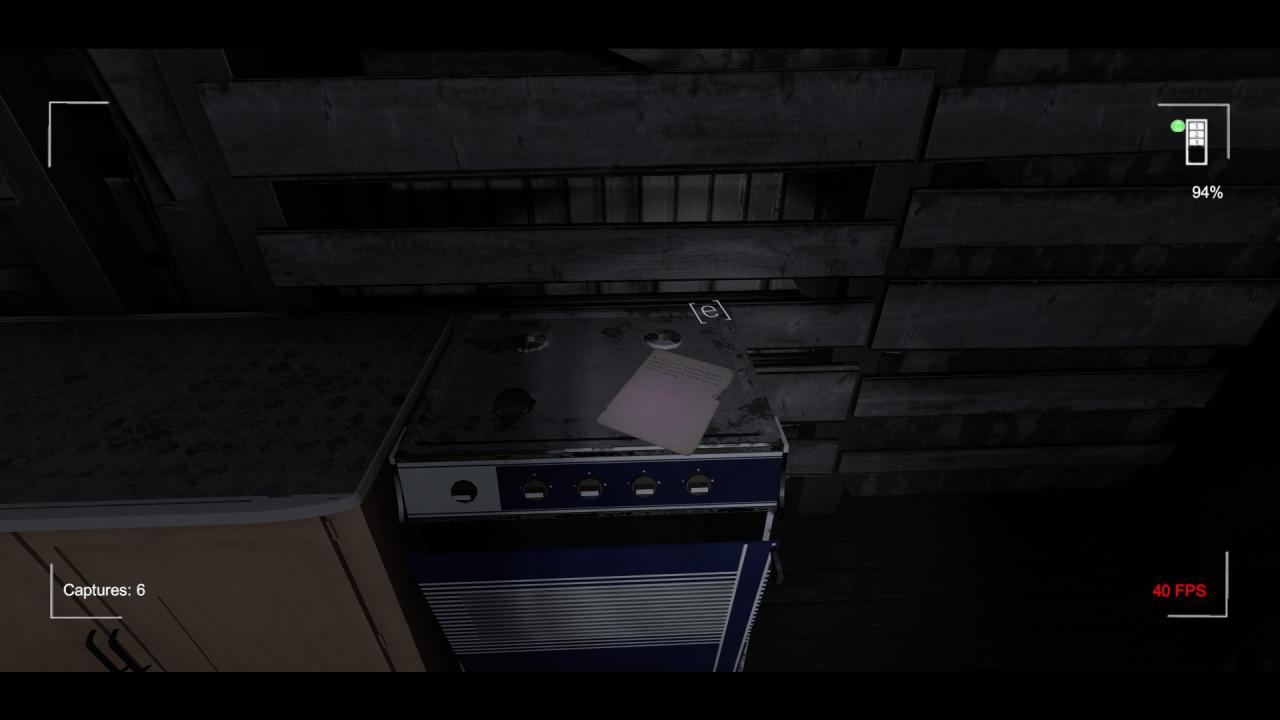 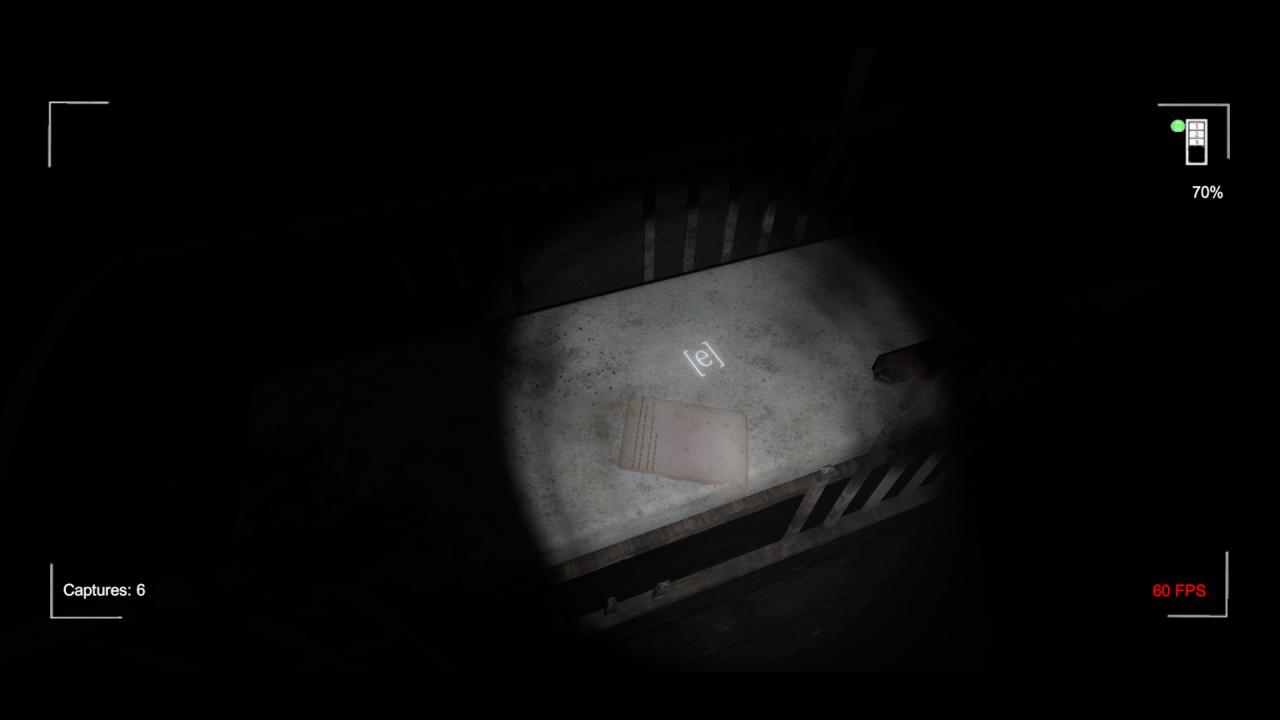 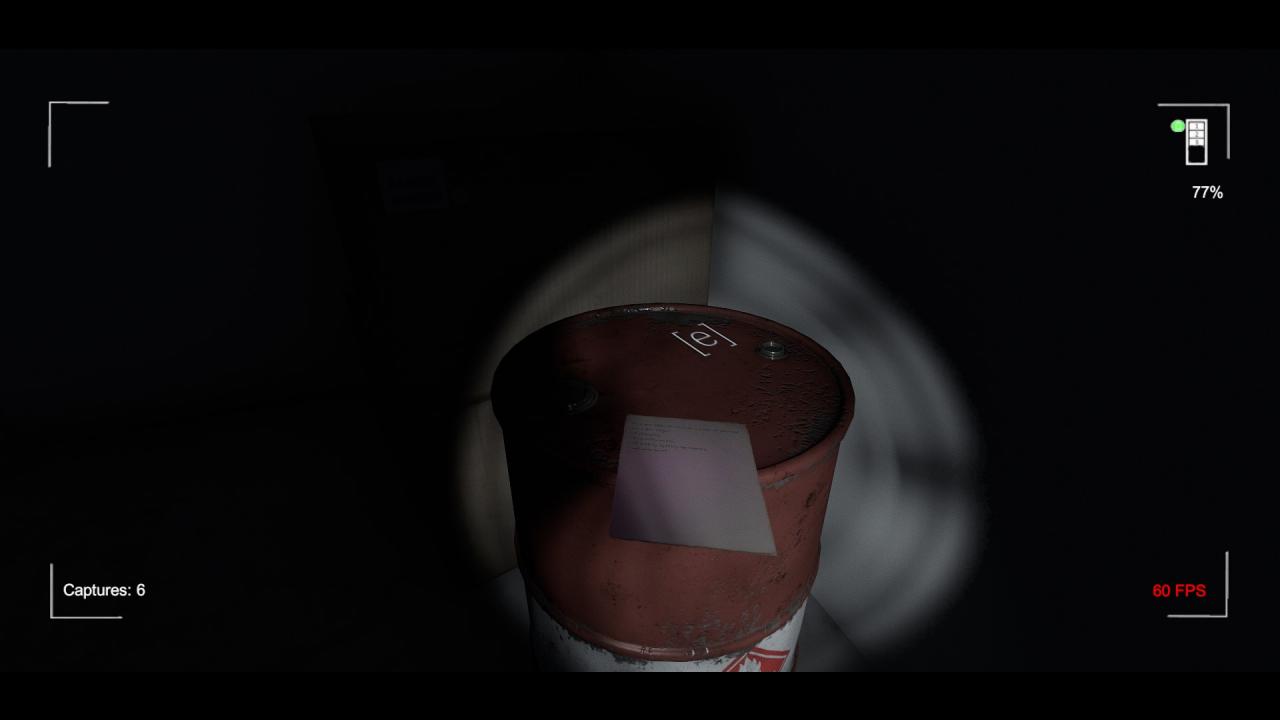 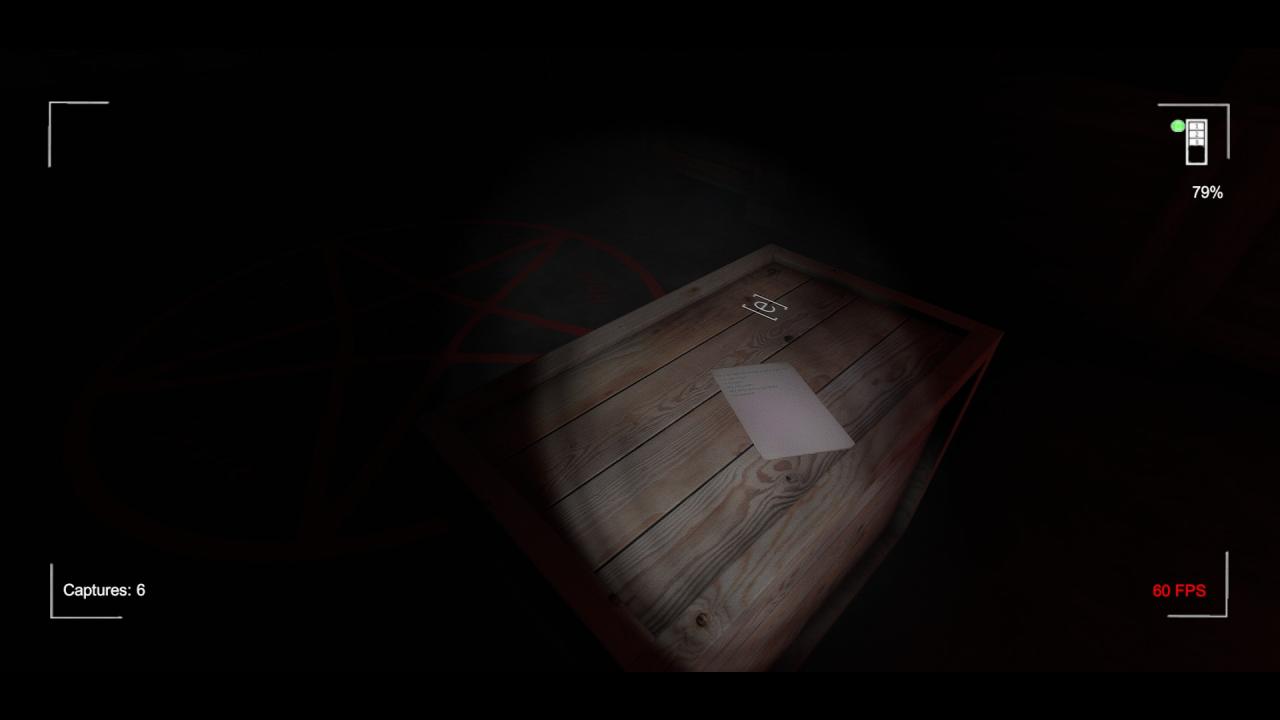 Get this achivement by collecting all cassettes scattered around the area 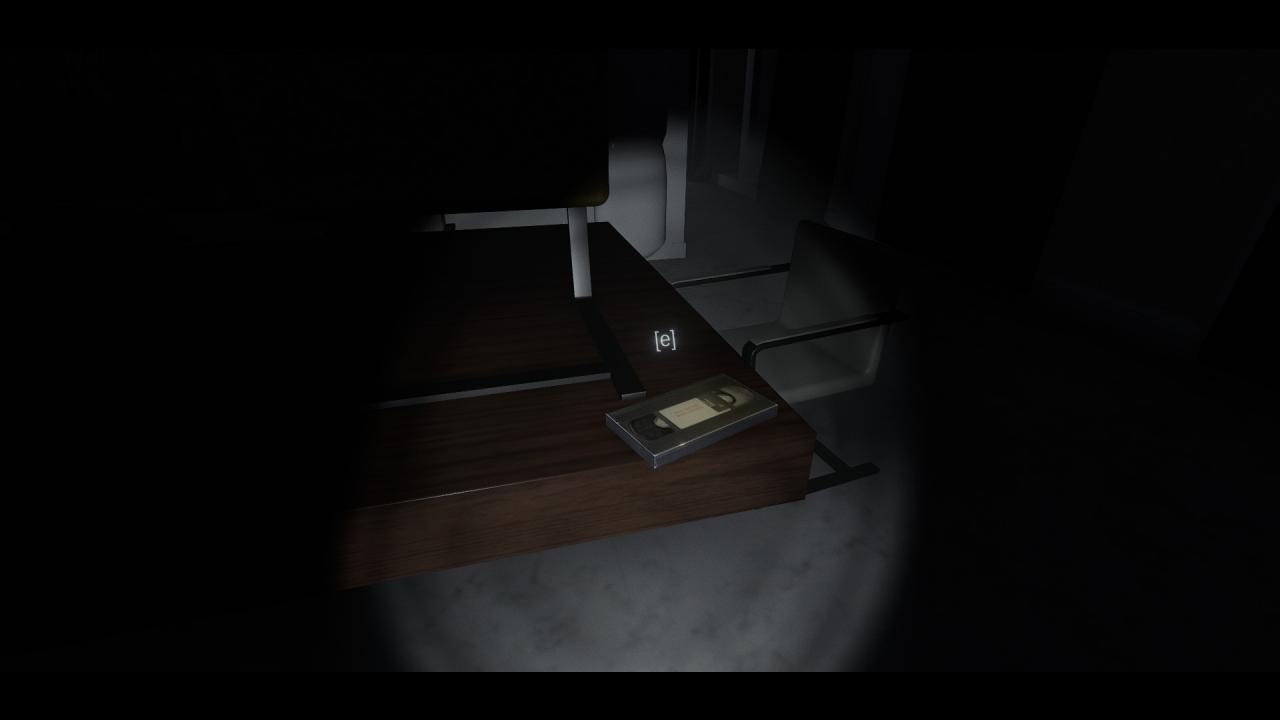 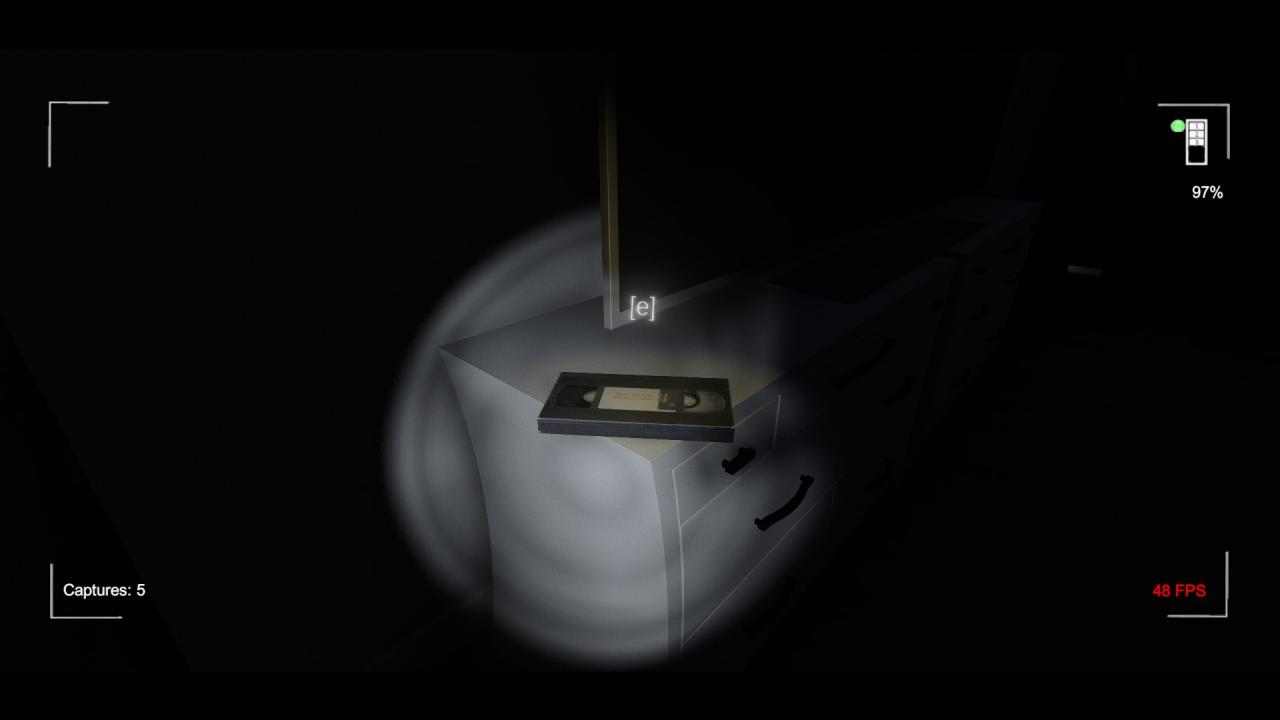 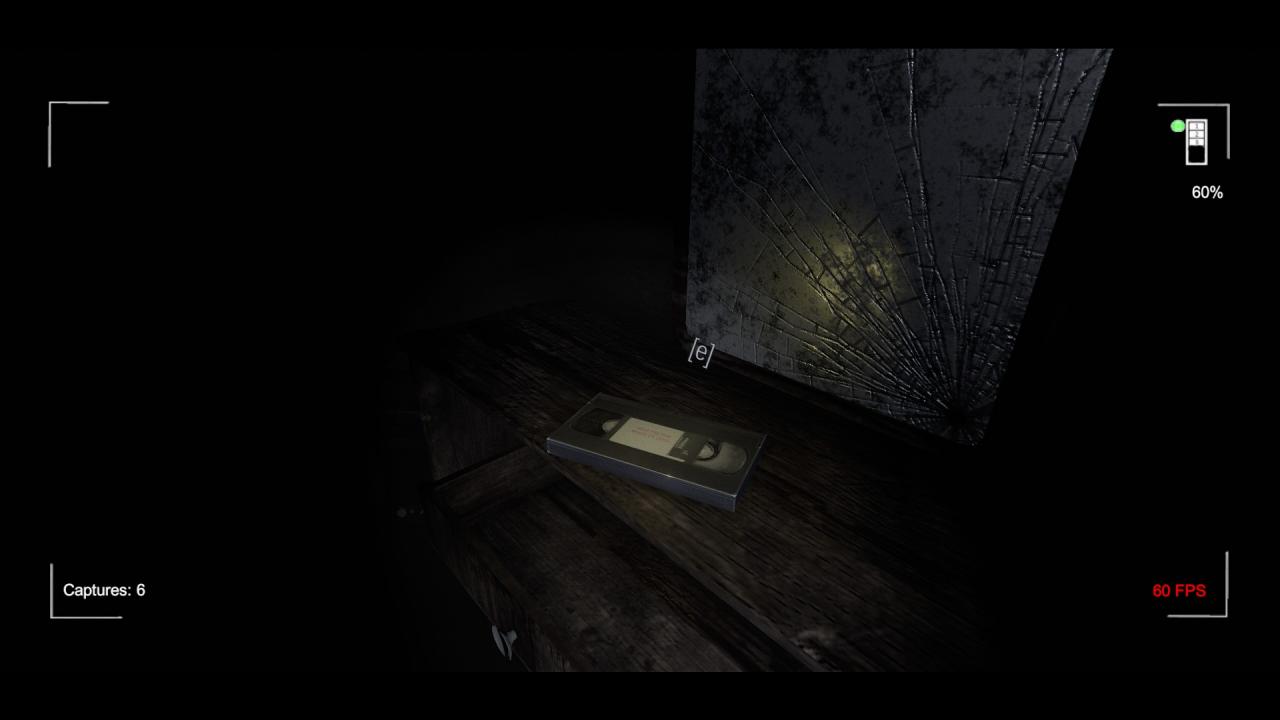 Get 10 captures of the enemy with your camera

Get 15 captures of the enemy with your camera

Note: You can also get some captures from e.x something moving on it`s own, and most of these capture opportunities you can get more than one photo of the enemy 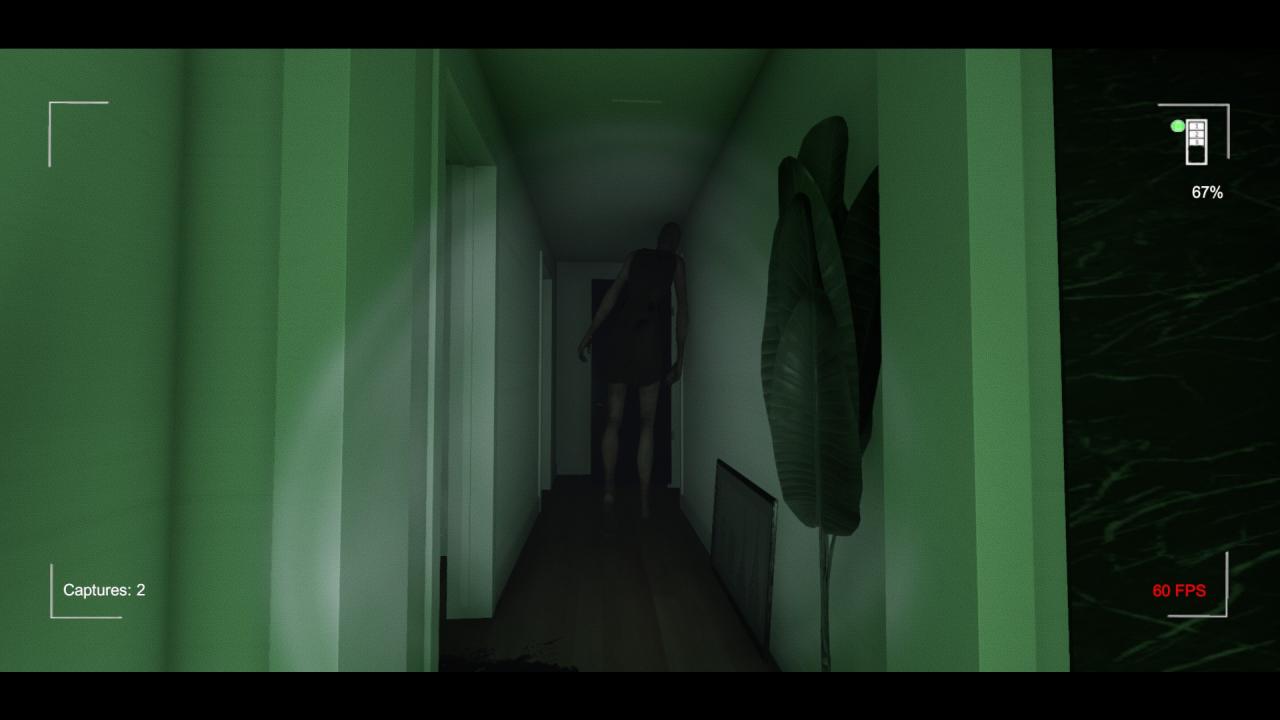 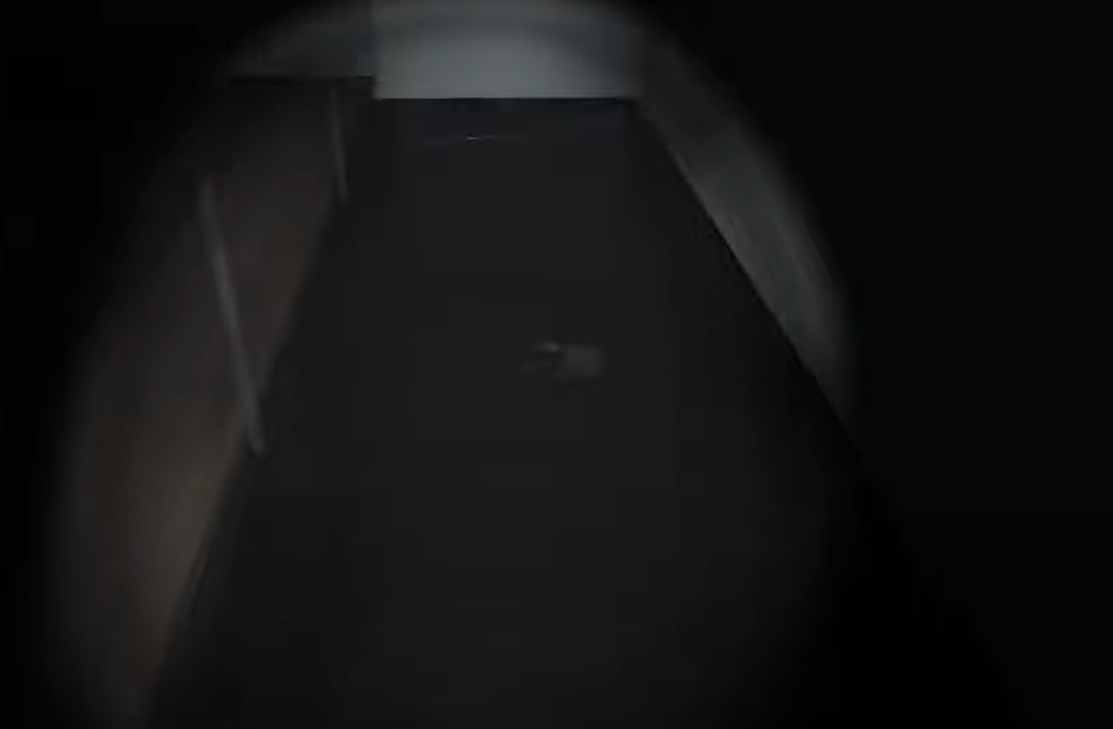 After the person opens the door to the passage and you get the second gate key, on the way down the passage you can get a capture of something draggin away the body 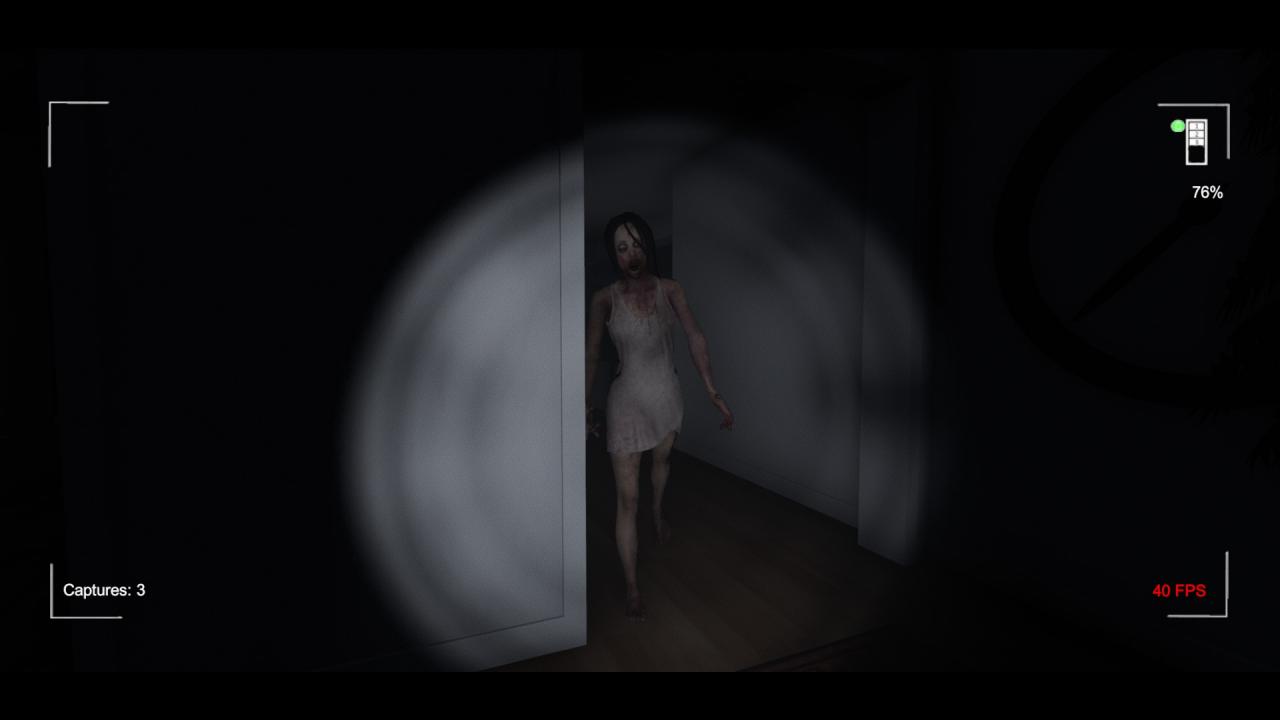 As you walk in the corridor behind the second gate (on the second floor) the enemy starts running towards you, then you have to get the capture before the cutscene triggers as she catches you 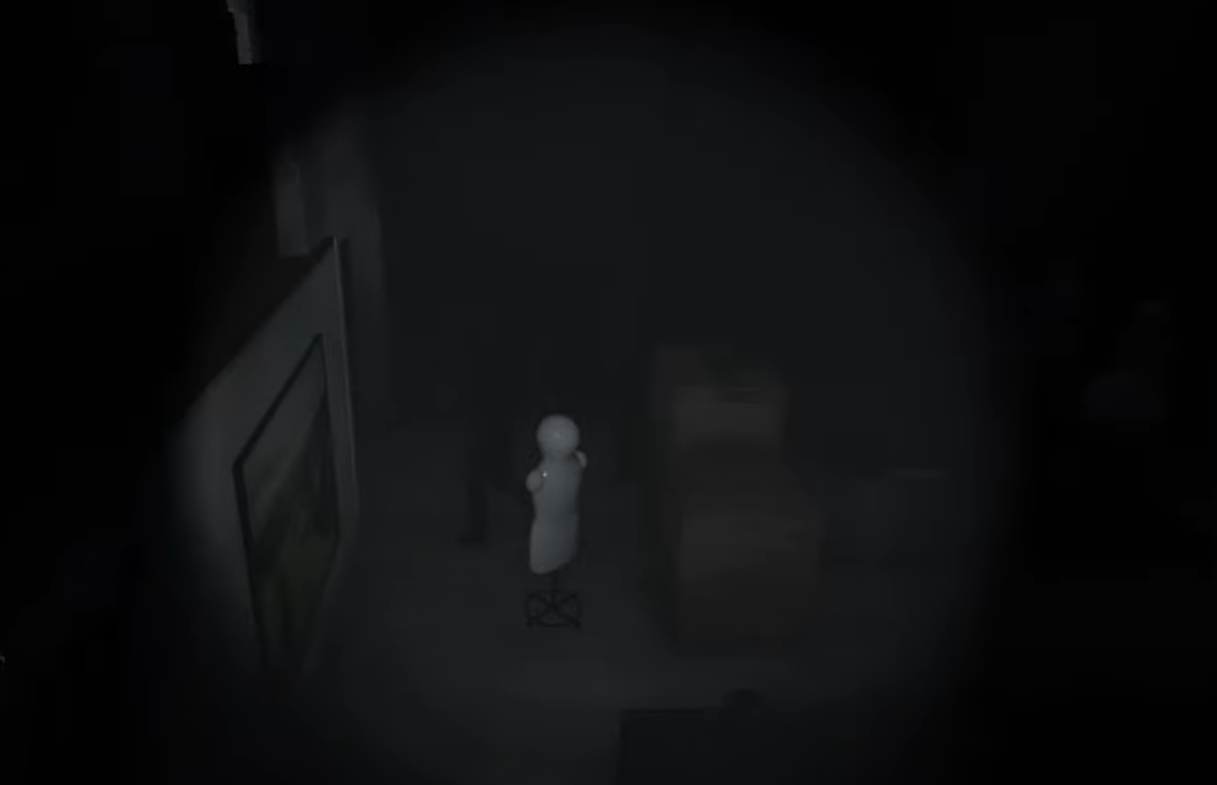 When you get to the balcony where you see the big light in the middle (after the cutscene on the second gate) as you proceed the light in the middle will shatter and you can see some shadow figures running / walking away from it, just follow them with your cursor and try to get as many captures as you can 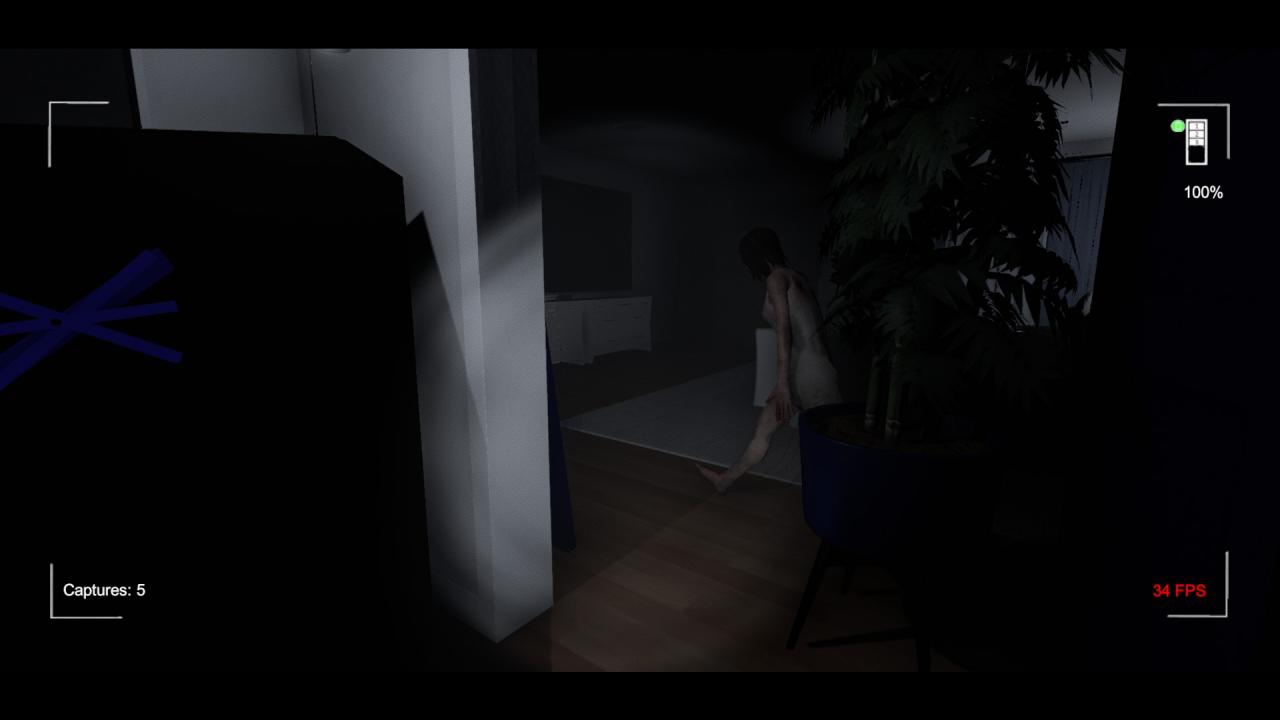 When the cutscene after the second gate is over and you enter the new area when you`ve done two of the three spin things on the spinner safe the enemy starts to run down the corridor beside you, so just be fast and you should get it 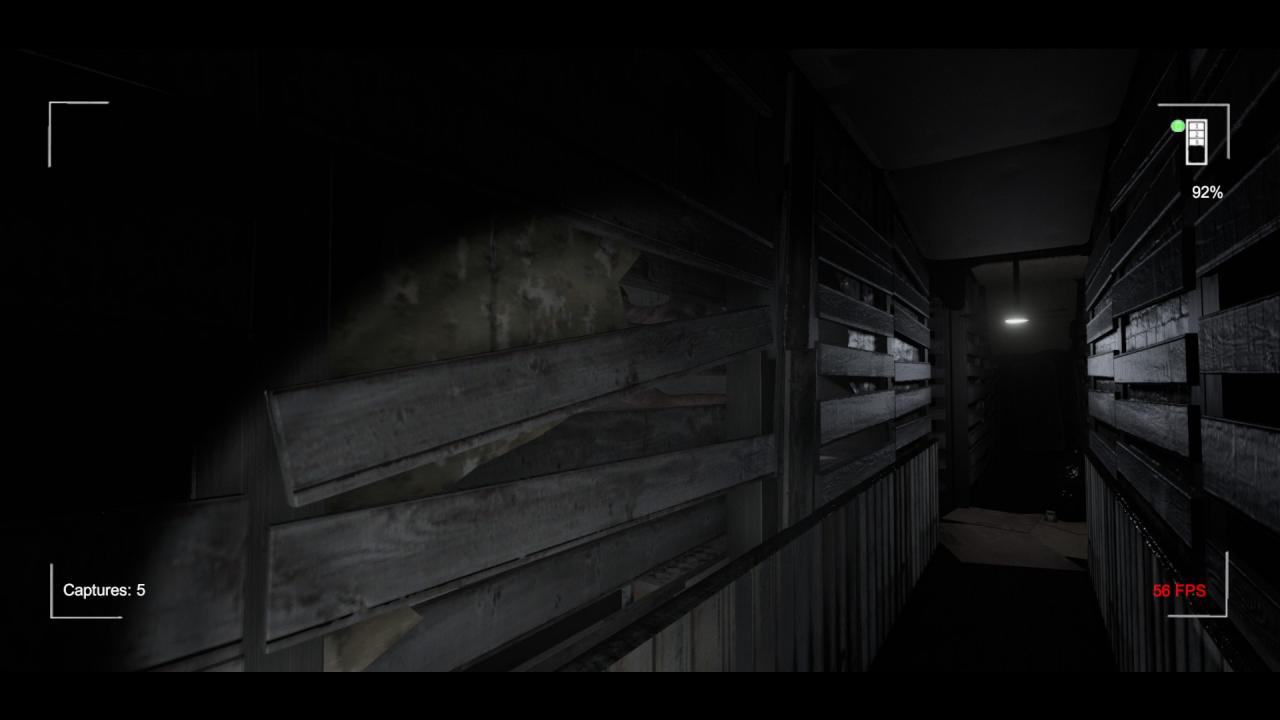 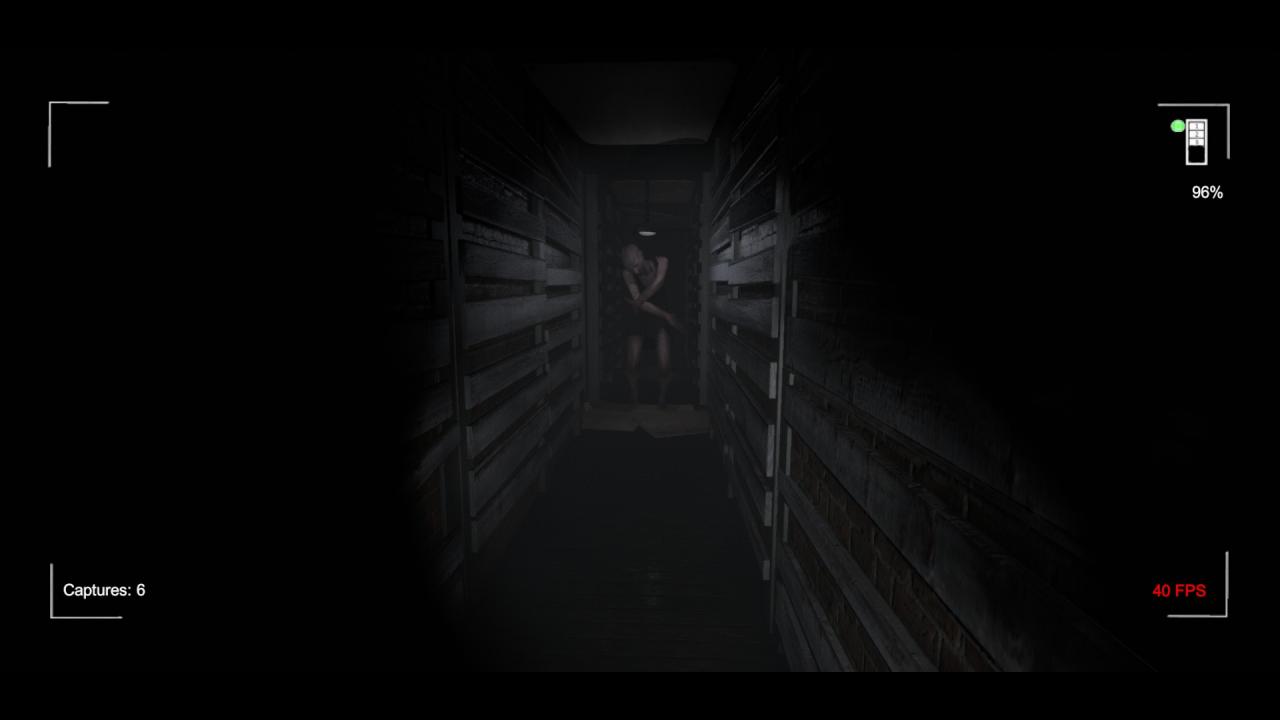 After you exit the first room in the house behind gate 3 the enemy stands in the middle of the corridor then a big plank falls down and she is gone, you can get the capture if you`re fast enough before the plank 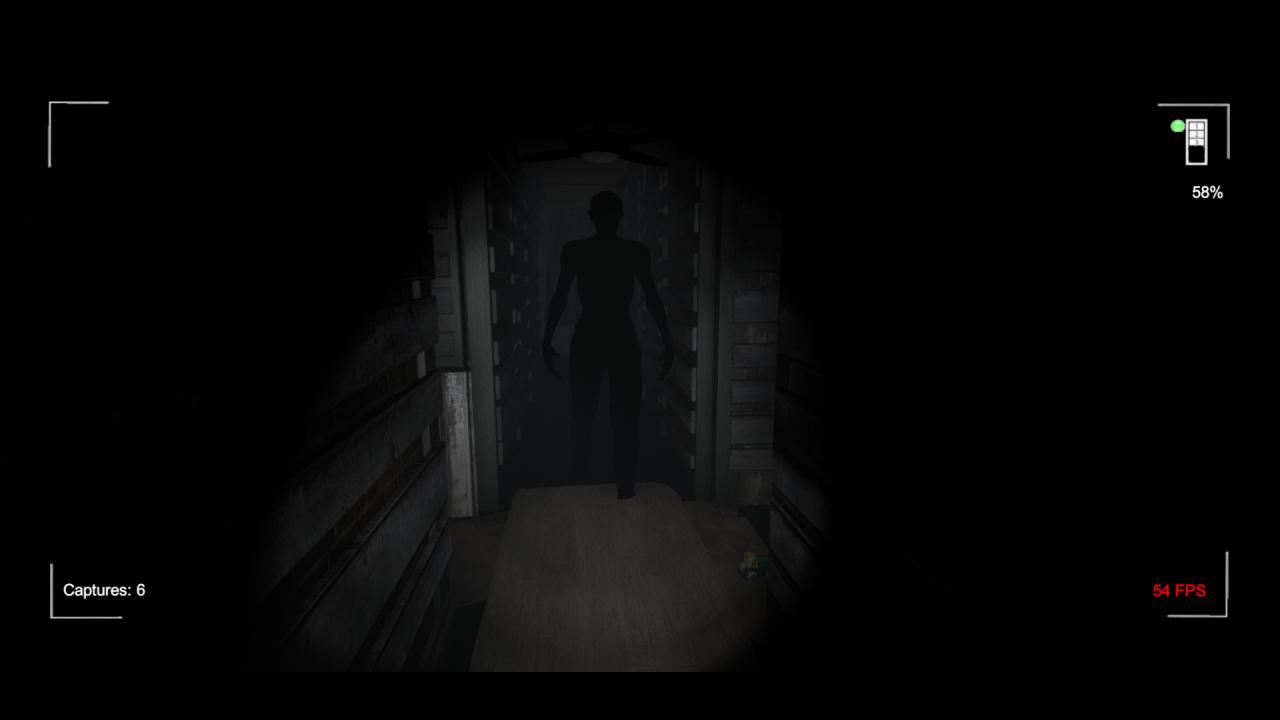 As you proceed down the corridor to the other end of the house (after you got your lockpick back and open the other door on the same side) a shadow figure starts to walk toward you, just go backwards when it appears and you should be able to get it 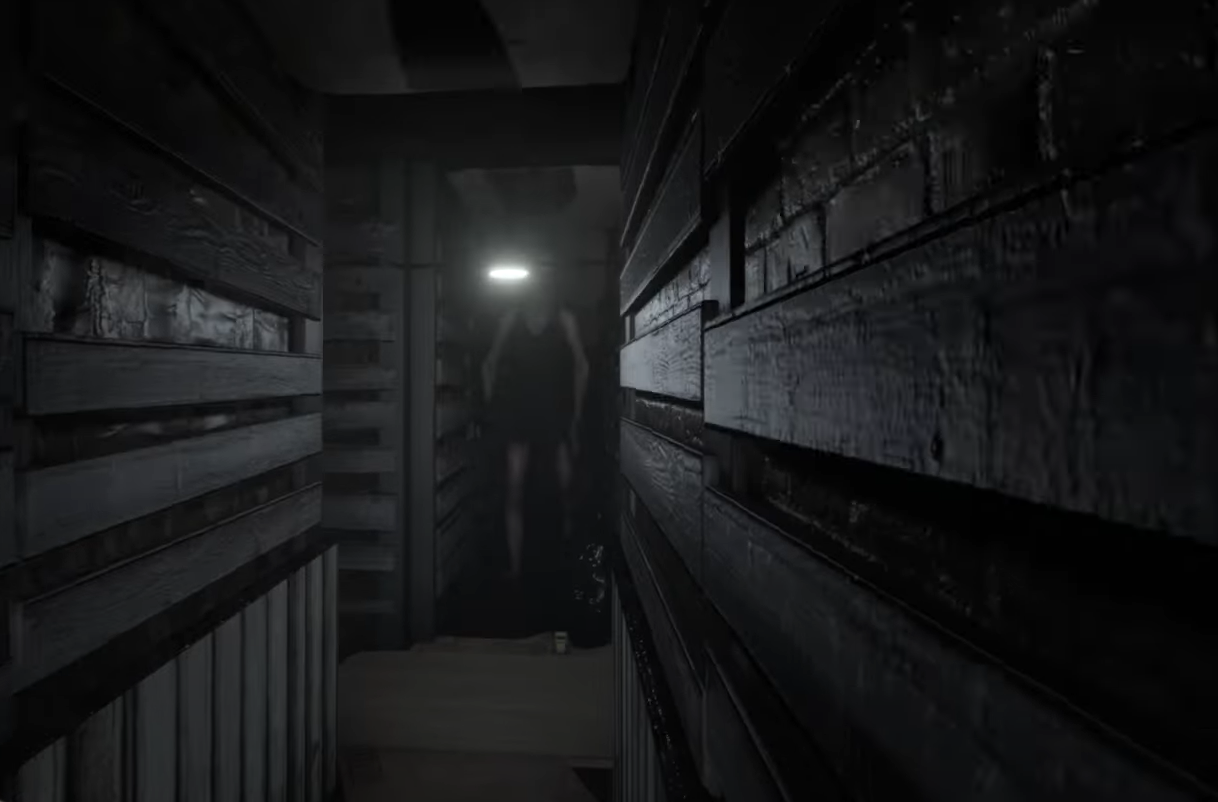 When you exit the last room in the house behind the third gate, when you go to the exit turn around and try to get some captures of the enemy chasing you as you keep going backwards. This is also where you get the two achivements where you either get caught or esscape

Unlock the little lockbox in the first house you explore after you pick the lock to the gate. There is a good guide about how you figure out the code here, but if you just want the code it`s 47148.

You get this achivement if you stand on top of the kitchen counter in the kitchen behind the first gate. You get up by climbing up the ladder (that you get in the attic) and strafing forward and and to the right to get on top 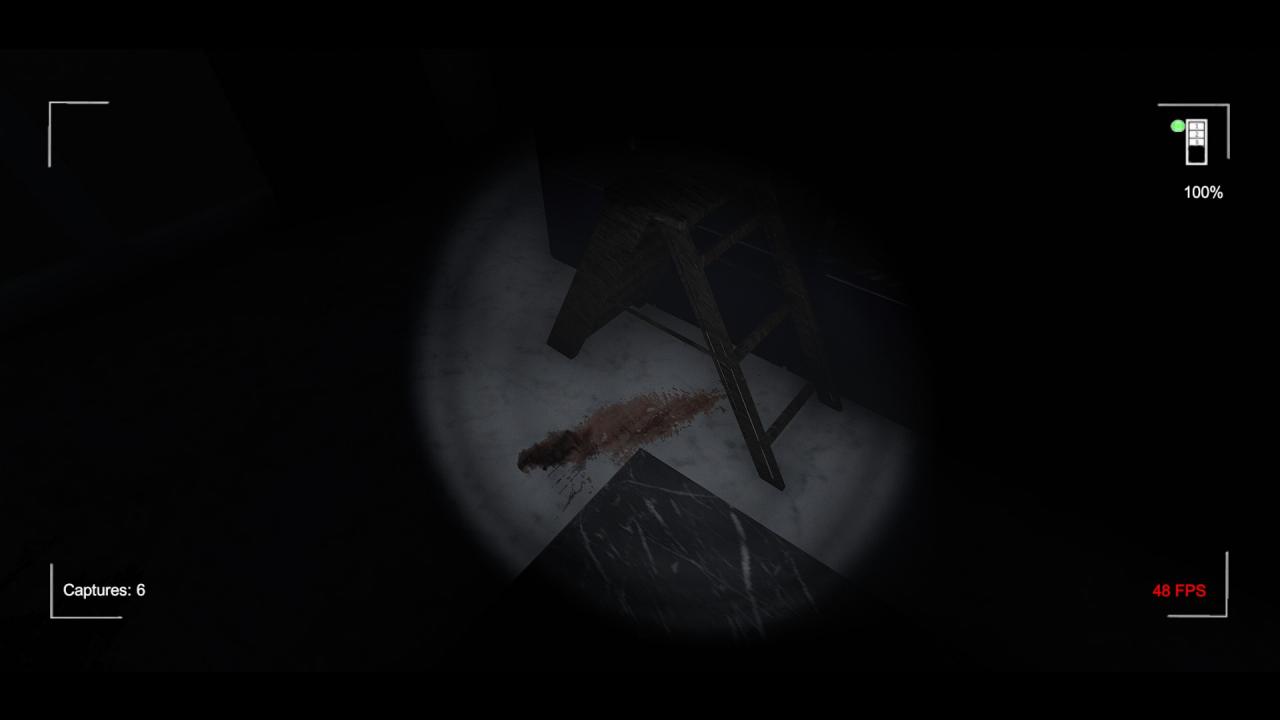 You will get this if you complete any of the endings in 25 minutes or less.

Even tough this isn`t a achivement i wanted to do a brief tutorial so here is one:
1. Complete the game normally until you unlock the camera2. This is important! Get at least 20 captures with the camera (if you miss a capture you can get one by opening the lockbox with the key to gate 4 and the enemy should stand behind you and you can get the capture)

3. Unlock the first, second and third secret ingredients in the spinner vaults (guide above ^^)

4. Get the ladder from the attic

5. Get the holy cross

6. Take the gun from where you do ending 1

8. Shoot the lock to where the boat for ending 3 is located

9. This time there should also be a pot to the right when you enter (if you have 20 captures!)

10. Take the pot and return to the docks where you first spawned

11. Fill the pot with saltwater from the docks and return to the house behind gate 3

12. Place the pot on the stove in the first room that got unlocked once you got in the house

13. Take the “mysterious soup” and go to the room behind gate 4

15. This should open a portal that you can enter

I wont spoil what the easter egg is, but here is a picture of the portal: 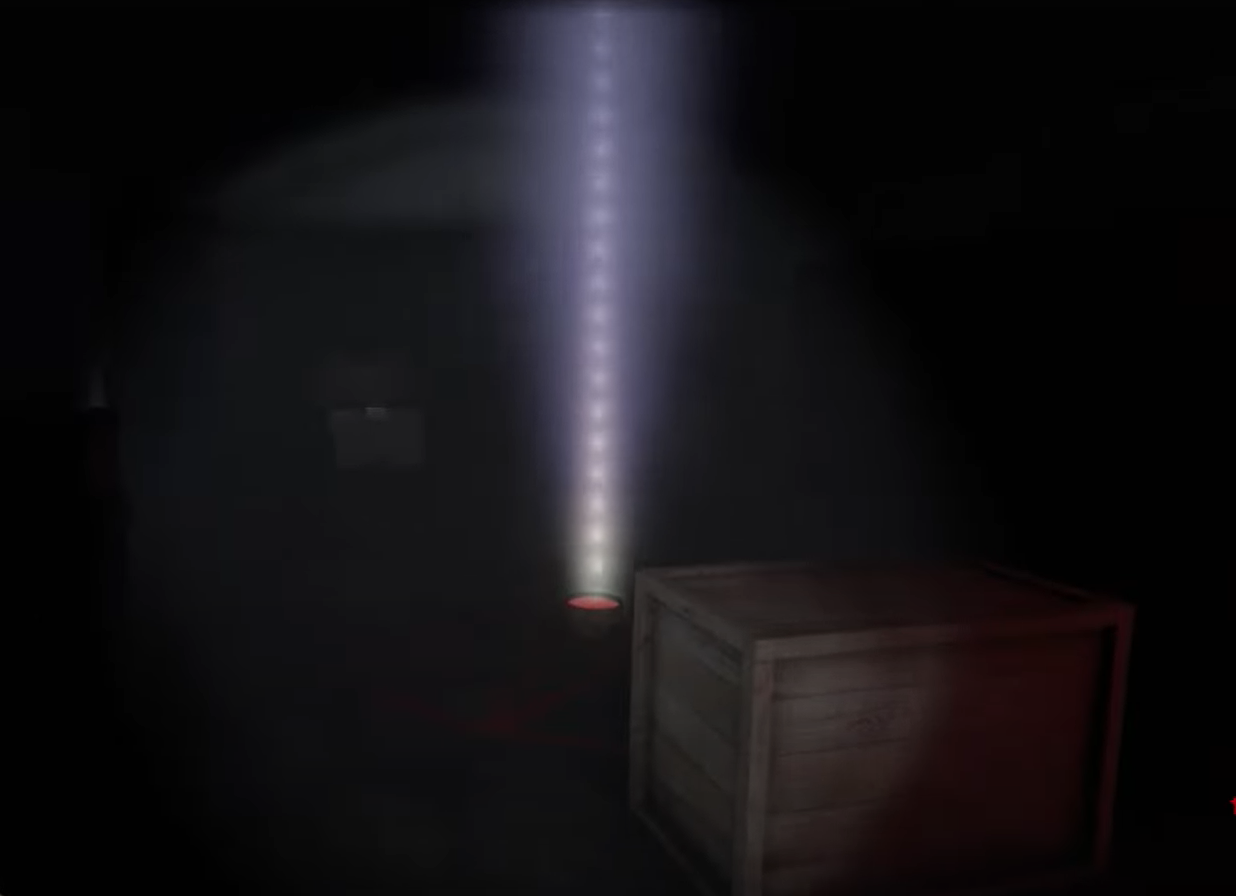