Here is a guide about the basic of all characters in Ziggurat 2.

Note: Ziggurat 2 is now out of Early Access into Full release!

In the fine video game of Ziggurat 2, you will be playing a variety of characters. Each of them has a certain ups and downs, or neither. As it stands, you can pick between 3 fine fellows before you set off on your exciting escapades, so knowing is half the battle, ain’t it? 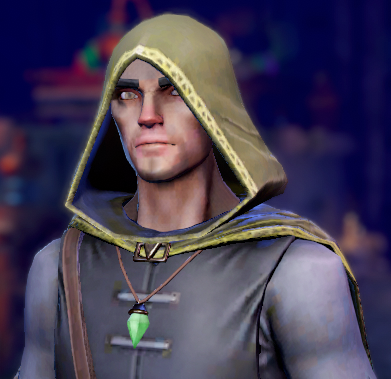 Character Perk: Apprentice
No stat changes. None! Not a single one!

Skill: Syphon (Cooldown: 20s) – Sucks all nearby items within about 1 room radius towards you. Useful during Boss Fights when they enter Shield Mode and dispense many goodies in sometimes awkward places. Also useful in chaotic fights, in case you missed a valuable potion!

Character Specific Perks: Argo has a few neat Skill Perks. They’re all amazing in their own way, really.

Notes
Just a nice, balanced spellcaster. Argo offers a huge QoL improvement by vacuuming up all nearby pickups, such as mana, potions, experience, and money.

Once you get some Skill perks and unlock his bonus Effects, Argo is fantastic for doing high-level runs. He’s also quite potent at defensive or pick-up based perks. Done well, Argo is tanky and stocked on stat buffs from all those levels and the slew of Barrier he accumulates. He’s not an allrounder when you’re up there! 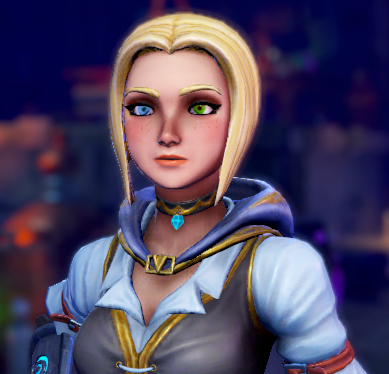 Character Perk: Apprentice
No stat changes. None! Not a single one!

Notes
Just a nice, balanced spellcaster. If you prefer a Skill that offers gameplay benefits over Quality of Life, pick her over Argo. Her little mana efficiency boost makes her fun if you like using hungry weapons.

It should be noted her Special Effect drastically alters the purpose and character of her Perks and Skill. Being able to Radial Curse has numerous benefits, from reduced damage taken, to increased damage dealt, to synergizing with Perks that require status afflicted enemies.

After a few levels and some character perks, she gets aggressive, with a focus on Cursing and getting big benefits. A downside is that she doesn’t get a lot of defensive perks and a lot tie directly into specific circumstances, limiting effectiveness.

Whereas Argo becomes very tanky over time, Carina becomes a blow-hard cannon that rarely gets stuck. 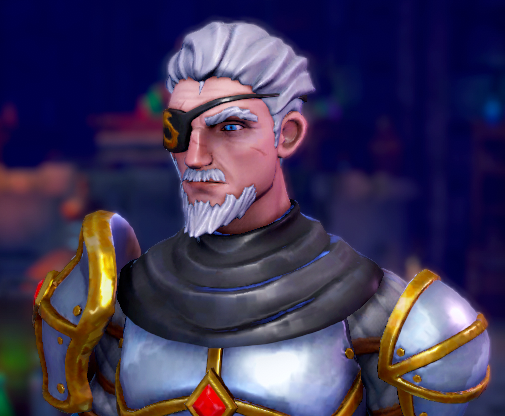 Skill: Shell (Cooldown: 30s) – You take no damage for 5 seconds; status effects still cling to you (although poison and fire don’t do damage). Additionally, 25% of any damage you would’ve taken from attacks (but not status effects) gets converted into Mana, distributed among your pools equally.

Character Specific Perks: These are all pretty good, if a bit basic. Don’t forget that Shell doesn’t heal you, and you can really exploit a glass cannon that doesn’t take damage.

Passive Effect: Enhanced Retention – Mana Drain reduced by 25% (or about 0.375 Mana per second)

Notes
Glyndor is a weird man, a battle man. He’s restless outside of combat and fierce in it. That extra HP is so that you’re more bold or can compensate for mistakes when using his power. His slower movement means you’re more likely to get in trouble and STAY in trouble.

First off, he gets 20% more health than most characters and gets 20% more HP from Potions. This makes him very tough and tanky, on top of his Active Skill giving him invulnerability. Off-setting his constant Mana Drain is Shell’s ability to generate more.

Shell is a Parry move; best used when an attack is incoming, as the mana gain from it is quite high. Especially melee enemies that swarm can easily fill up high mana capacities in the 5 seconds you have. Getting Skilled is key for keeping this powerful boon up your sleeve. Even if you don’t need the Mana, this is a good defensive move, as it activates the second you push the button; no need to wait on the animation.

All in all, Glyndor is a character with a dance of his own. Either buff out his speed and stay mobile, enhance his Mana gain to offset the drain, or go nuts and enjoy his ability to proc On-Hits without taking damage. Played well, Glyndor always has Mana, can always take a hit and never wants for much. Played poorly, you’re gasping for Mana, got stuck between dangerous foes or trapped in a Freeze-chain. 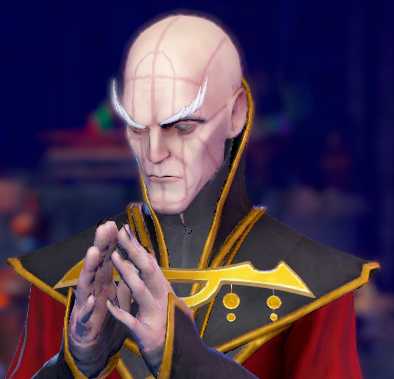 Skill: Sacrifice (Cooldown: 30s) – Spend 5% max Health to boost Damage Dealt and Fire Rate, and expend no Mana for about 7~8 seconds.
Sacrifice does not affect Shield or Barrier.

Character Specific Perks: Jacob’s Perks are all passives you don’t have to think too much about, other than if you should take them or not. As some increase damage taken.

Notes
He’s an oof. Kinda. His damage reduction is a big deal. That said, 5% HP isn’t that much, especially not with a few perks to aid HP recovery (like Druid, Warcry or Bloodlust). Another option is to acquire Shield or Barrier generating Perks, so that your HP is less relevant. Another option is Mana Shield and related boons, as Sacrifice both generates Mana and gives him infinite Mana.

Getting a larger selection of Oaths means that you’re more likely to get a good buff with a livable penalty.

Jacob has a complicated relationship with HP Max buffs. On one hand, he’s a glass cannon; he’s at his best rushing down bosses with a beefy Sacrifice. On the other hand, longer fights and reduce HP recovery from Pure Evil means he struggles. Note that Vamprisim is not affected; the penalties are specifically for HP Potions! 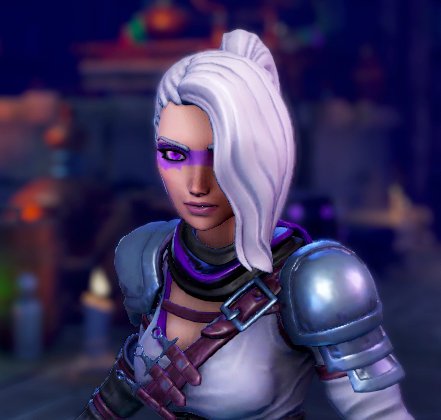 Character Specific Perks: A lot of wierd ones. Either turn Shroud into a beast or focus on… not having Mana? That sounds like a Glyndor thing.

Special Effect: Silent, but Deadly – Inflict Poisoned to nearby enemies while Shroud is active.

Notes
Kira is weird. 5% speed buff? Really? I mean she’s alright. Definitely want to focus on Shroud when the going gets tough, but her perk just feels flimsy for a 20% HP reduction. Just make it 10%, looks nicer, or add some jump height to throw people off.

Anyway, Kira wants HP and Mana Shield. She’s frail and her Active Skill is defensive and has low up-time. As a result, you’ll want to move fast and get strong or get defensive. It’s your call. 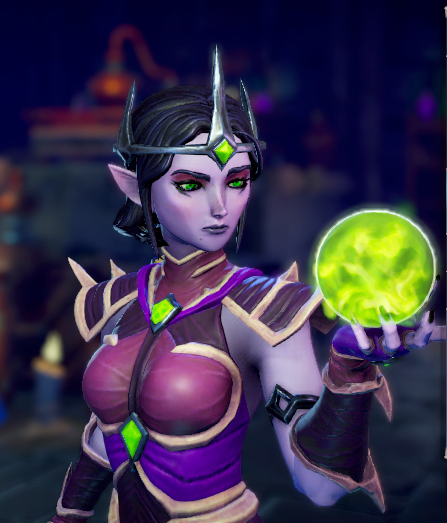 Skill: Raise Undead (Cooldown: 30s) – Summons three skeletons who mostly stand around and shoot projectiles at nearby foes. Skeleton attacks have a 100% chance of inflicting Cursed. About 50% of all enemies will target the skeletons over you, so it’s not a failproof distraction. The Skeletons stay indefinitely; if you use the skill again you simply get more Skeletons instead. However, you cannot use this Skill outside of combat, and after a room is cleared all active Skeletons are destroyed.

Notes
Interesting. Her ability is, by far, the best. Not the BEST, but certainly the most flexible, versatile and interesting skill. There’s rarely a reason not to use it, as your Skeletons are always dying and the buffs are nice. Not to mention your army can only grow from use. There are reasons to hold onto it, though. Distraction can provided a needed boost, and summoning in a horde makes it easier to proc Disappointment or Unstability under useful circumstances.

However, her MP is bad, and she’s very reliant on her Skeletons to soak a few hits with her crummy HP recovery. Simply put, you HAVE to put her Skeletons to use or you’re just playing a worse version of Argo or Jacob.

However, unless you’re feeling confidence, bring a Curse weapon. Inflicting Curse and dealing Cursed damage is key to getting the most out of her. After all, she gets two separate boosts to throwing Curses around.

Yes, her Skeletons have a 100% chance to inflict Cursed, but they’re not reliable with their aim or targetting, so unless you wanna hang out with your boney boys, you’re better off playing it from two sides with your own purple prose. 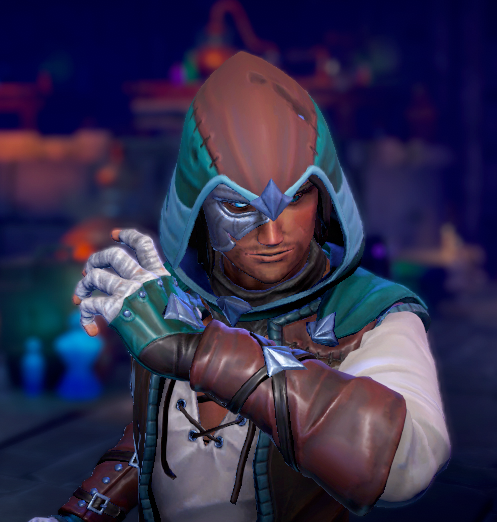 Skill: Vault (Cooldown: 20s) – You vault up about 2 floors of height and slow down time at the height of the jump. Time slows to 50% normal speed, your Damage is increased by 100% and your Fire Rate by 200%. This effect lasts 2 seconds for the enemies, or about 4 seconds for the player.

Character Specific Perks: Do you like staffs? Do you want more Staff? Do you want to jump a lot? Have you ever thought about just, like, ignoring damage? You better, that’s what Rigel is all about.

Notes
What a show off. But he earns it. Used well, with a good workhorse staff, he can be a terrifying. More damage, more speed, more mana. You won’t even feel Polish hurting your reserve. Agility is a bit more niche, good for end-game floors, whereas Adrenaline is only worth it if you can handle the jerk a sudden jump has on your aim. Good for getting out of trouble, or an overview of the situation. Or sniping. Or flying off and dropping a bomb at your feet.

Together with his enhanced drops, Rigel is good for those who know what they want, and nothing else. If you want staff, pick Rigel. But if you played Ziggurat 1, you knew that already.

Like, he’s pretty much a copy paste from that, with some adjustments to fit 2. And honestly? That’s just fine. Give the man his credit. He actually learned to use Spells and Alchemy well enough he’s not kneecapped when he uses them. :v 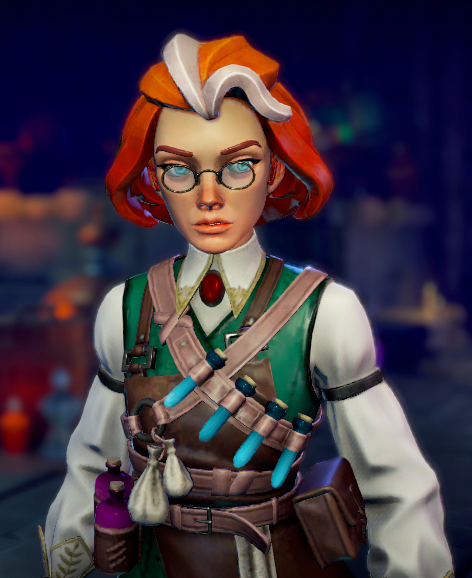 Skill: Flask Toss (Cooldown: 20s) – Throw some Explosive Flasks directly forward that randomly does moderate Fire, Ice or Poison damage over a large area. This appears to have a 100% Proc chance to boot! These flasks are slightly affected by gravity and fire pretty much dead ahead.

Character Specific Perks: Experimentation > Versatile > Flask is a very obvious cycle these perks nudge towards. A weapon buff, obviously, and some potent defensive options. Slow, steady, with a lot of weapon swapping is what these perks want. 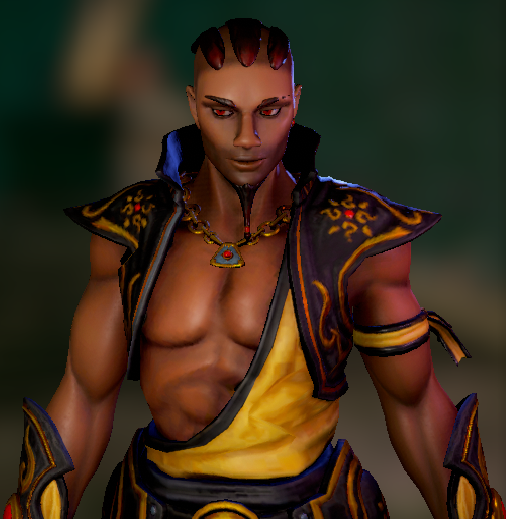 Skill: Blaze (Cooldown: 25s) – Fire a fancy beam of fire that does decent damage continuously. 100% accurate, medium range. You cannot use other weapons or amulets while Blaze is active, nor can you cancel Blaze prematurely.
While Blaze does Fire damage, this damage appears to never be subject to resistances, as if it has its personal version of the Sure Shot Perk. 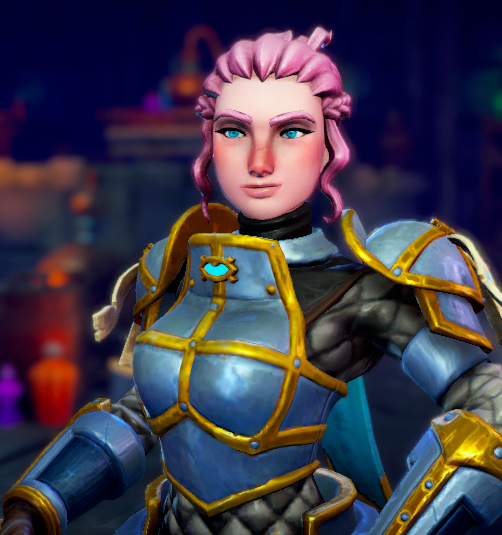 Skill: Shield Bash (Cooldown: 20s) – Charge forward about 2.5 ‘blocks’ (a little further than a Dash), stunning enemies along the way; you also recover 5 shield immediately.
It does a little damage, about half a Floor 1 Spicy Pepper’s HP, but Stun makes them stop attacking so that’s nice.

Character Specific Perks: Defense. Armor. Shield. And one that makes her shoot a lil faster, for funsies. 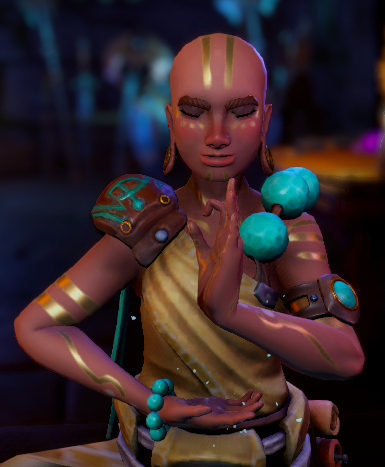 Skill: Trance (Cooldown: 26s) – For about 4-5 seconds you gain that time-slow stuff that Rigel gets, aka time moves normal for you, but at about 50% speed in-game. Additionally, all weapons gain a +25% Fire Rate to slightly mitigate the speed difference, and Wands gain -100% Mana usage (aka they’re free to fire). Additionally, you take -20% less Damage.

Character Specific Perks: Do you like Wands and Trance? If not, sorry, nothing for you here.