Here is a guide on how to get all achievements in Anarcute.

It was him all along !
Find out who has been the true bad guy from the beginning

In the Credits scene, you still have control of the crowd. Keep go down, and turn left when you find a side street. And you can find the monkey’s sandcastle. Destroy it.

As you progress through the game, these achievements will unlock naturally.

Denied !
Make a helicopter crash before it has time to deploy any reinforcements

One man army
Finish a level with only 1 rioter standing

You can intentionally take damage from enemies and finish the crowd with one person, but normally, the challenge is unlocked in a single-player mission.

So popular !
Make 50 enemies fall in love with the rioters

note: The ‘Cute Rioter’ ability is an automatic passive, so you shouldn’t preemptive strike to enemy. When you encounters with cops while in combat stance, the charm ability not trigger them.

After killing the laser robot, pick it up and use it to the cops.

Requires ‘Ricochet’ ability. Attract as many enemies as possible, then throw many objects. An object should bounced 9 times.

In my case, it was unlocked naturally as the game progressed.

Recommended Level: Any level which you can hack mines.

Freezing cold
Get a game over by freezing

Put all the crowds on ice, then freeze them to death. 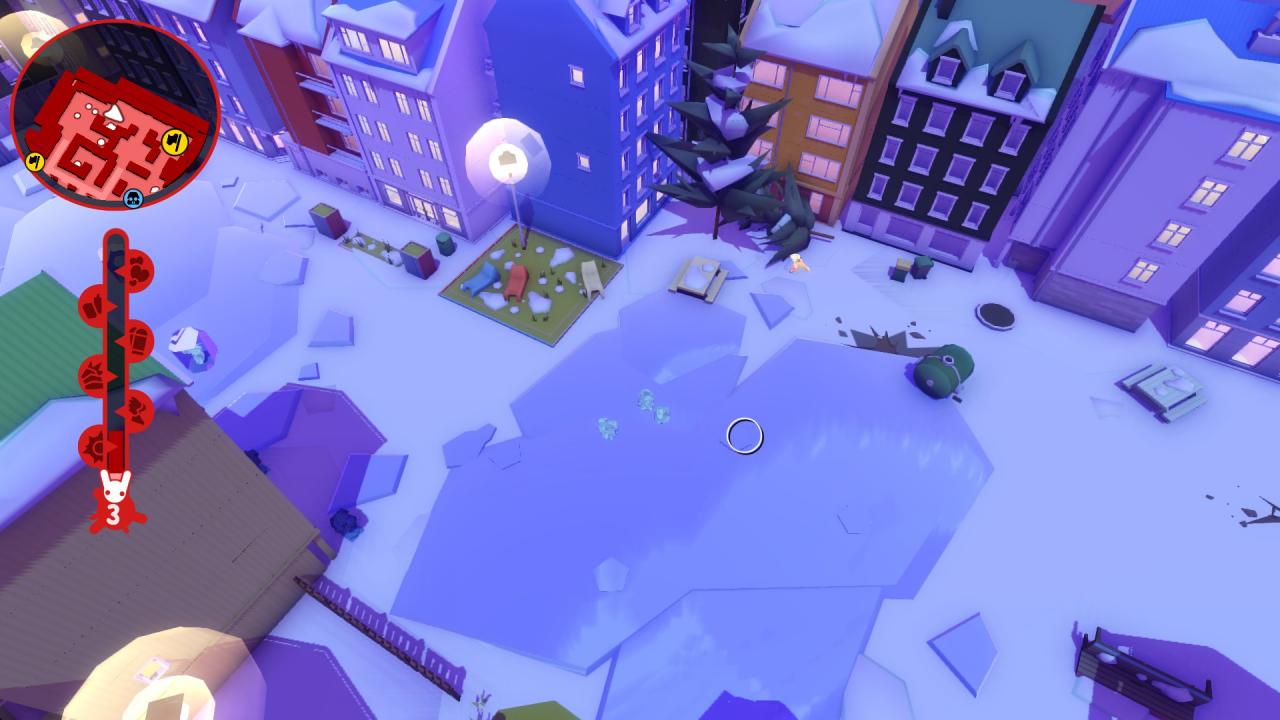 Three points!
Put it through the hoop in Miami 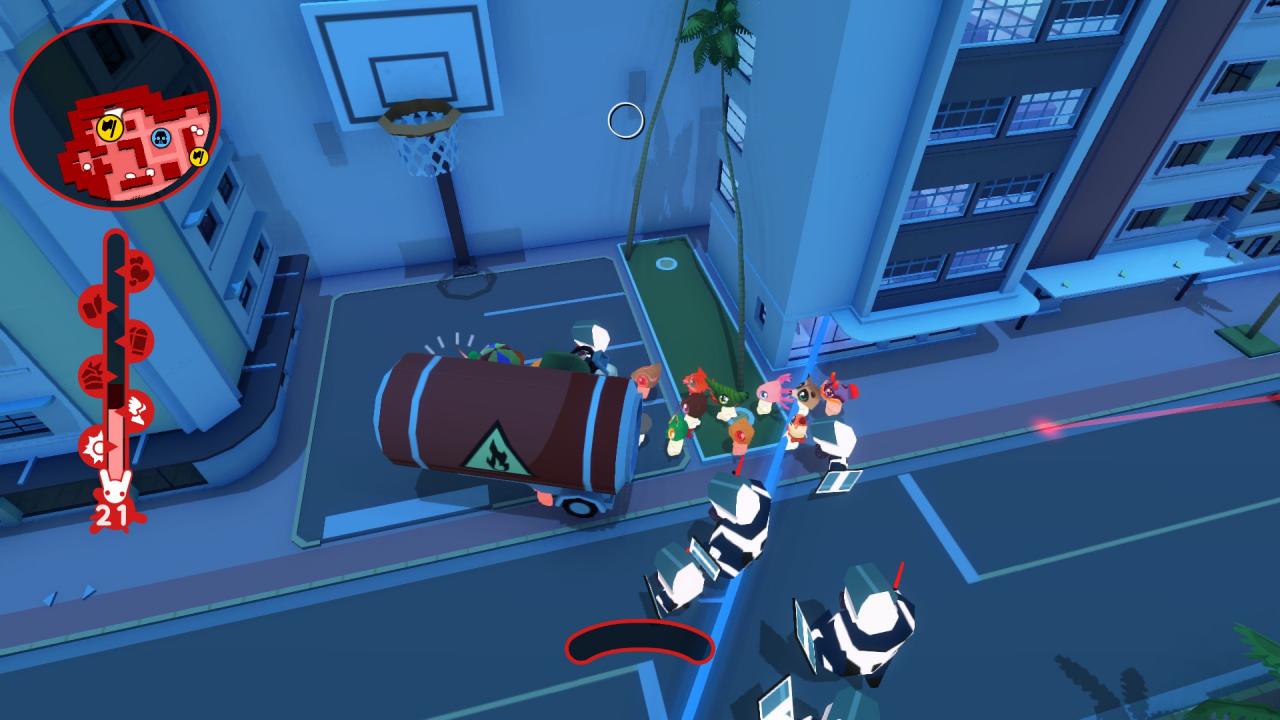 Monomaniac
Play with only one kind of animal

You can get both of the above achievements at the same time by completing one stage by forming your crowd only as Caterpillars.

Compulsive buyer
Buy all the abilities

When you purchase all the items in the store, you can get this achievement.

You can receive the coins when you complete the level, and you need to complete all levels in each chapter to purchase all abilities.

Rioting Safari
Unlock all the heads

After you rescue the trapped animal conductors and complete the level, the animal will join the crowd.

However, sometimes rescue is difficult, such as operating a crane or using a laser robot to make the way.

If you are confident in your skills, you may also try the ‘Master Rioter’ achievement below and this one at the same time.

Master rioter
Finish all levels with a S rating

You can get this achievements by completing all levels in each chapter with an S rank.

The score is determined by the total time, the size of the crowd, and the number of police officers killed. Two of the three must have an S score to receive an S rank. Therefore, you can have a different strategy for each level.

A new outfit is unlocked by completing all levels in a chapter with an S rank.

Change into a new outfit from the menu and you can get this achievement instantly.

By The Omnipotent Witch