Basic knowledge of Crusader Kings II Cheats & Commands and how to use them!

How to open » Command Console

from the beginning you will need to open the ”Command Console”

How do you open the console?
open it with the keyboard shortcut 〔 ` 〕 or 〔 § + Shift 〕 if neither of these works, try one more option and that is 〔 Alt + 0167 〕or〔 ~ 〕

if the console does not open for you, try to look at the detailed instructions
on the official CK2 Wiki page : Command Console [ck2.paradoxwikis.com]

You should see a Command Console that looks like this 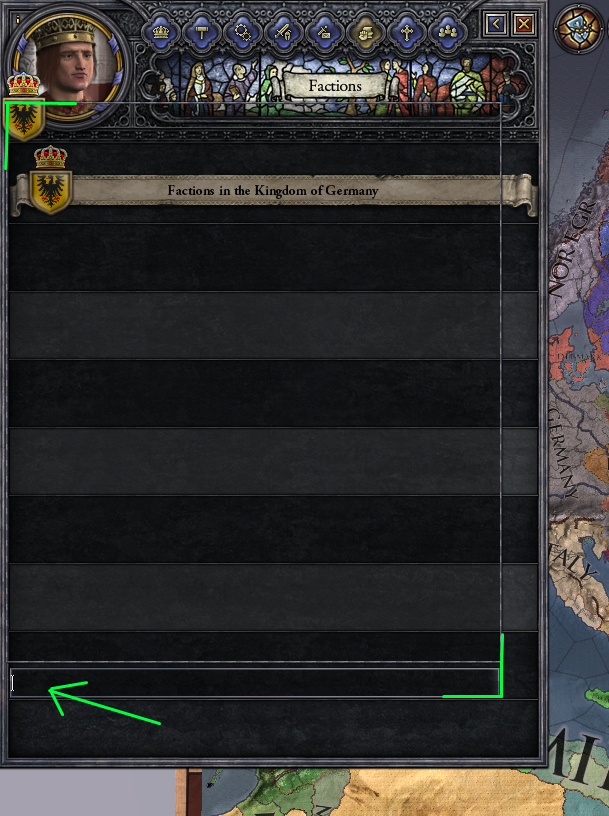 when you have successfully opened Command Console below you can start typing
”Cheat Commands” which i will explain.

How to write » Cheat Commands

There are hundreds of cheat commands in the game Crusader Kings 2 and for some players it can be quite confusing, so I will summarize here the commands that might be useful for you

You can find the full list of cheat commands here on this website
the official CK2 Wiki page Cheat Commands[ck2.paradoxwikis.com]

Let’s start with the basics of how to write cheats to the console
example, if you want to add more years in age, write 〔 age ”number” 〕
my character is now 23 years old, if I add another 10 years to him, for example, he will be 33 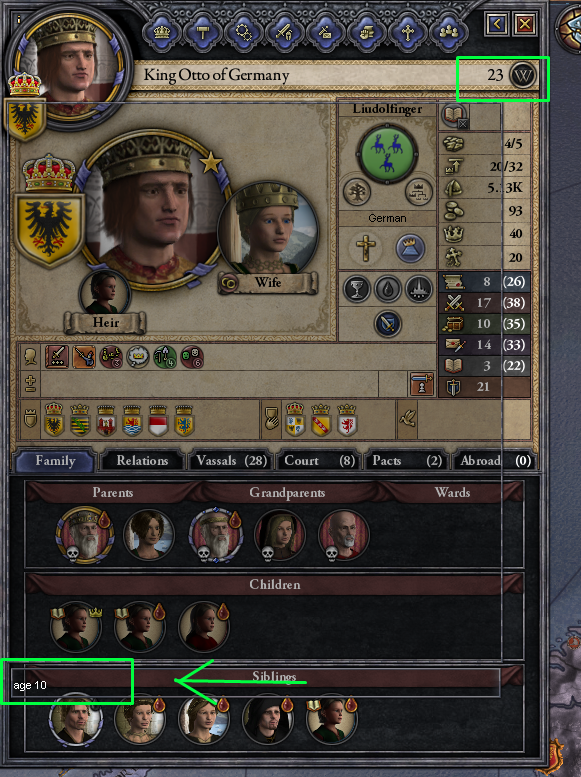 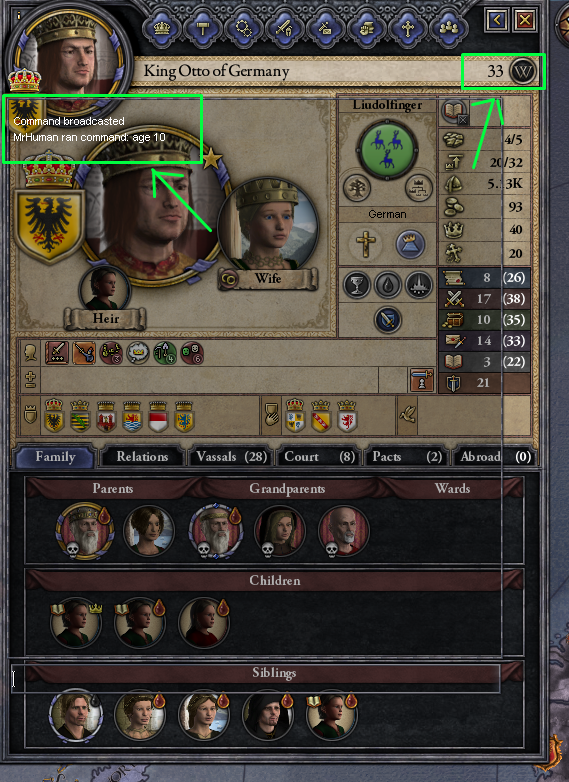 of course, you can also reduce your age by adding a negative value, as you can see in the picture down here 〔 age -number 〕—> 〔 age -20 〕 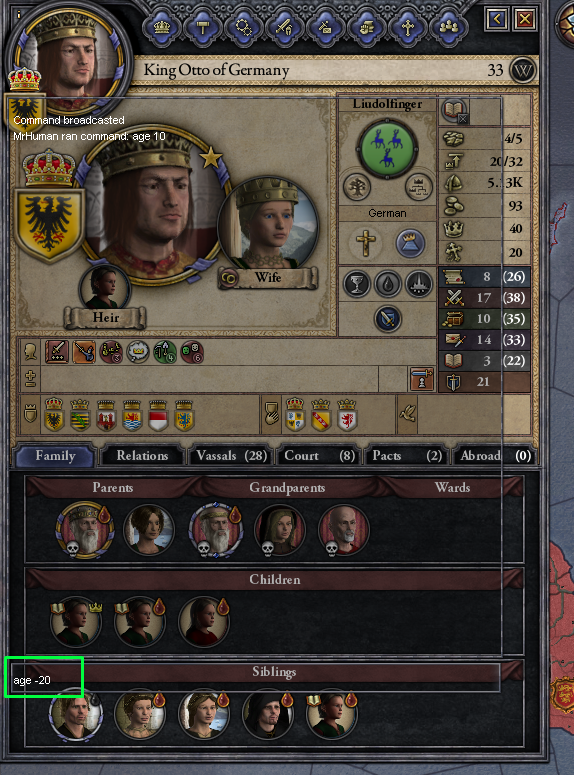 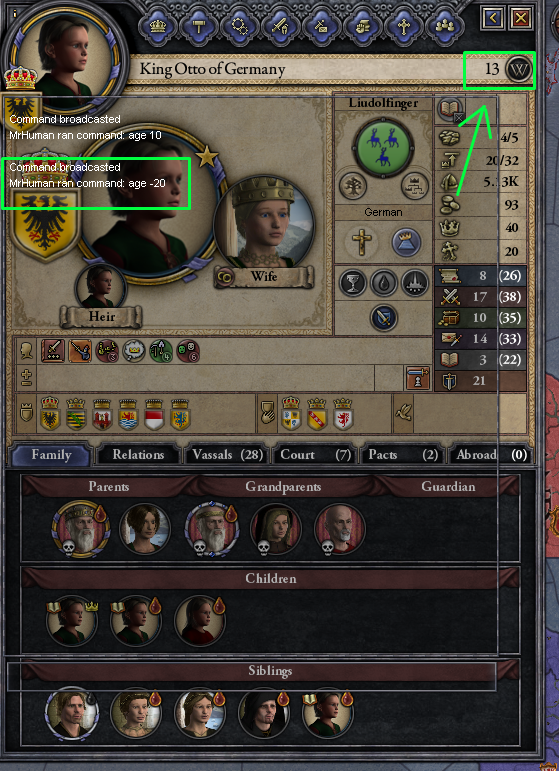 How to find » Character ID

Every character in Crusader Kings 2 has a unique character ID that distinguishes them from other characters, it’s important to know because some cheats and commands need to know your character ID, without it you can’t almost go anywhere.

How to find character ID?
it’s simple, use command〔 charinfo 〕or if it doesn’t work for you, use〔 debug_mode 〕
when you write one of these commands, you just need to go with your mouse on your character and you will be shown a screen with detials and character ID. 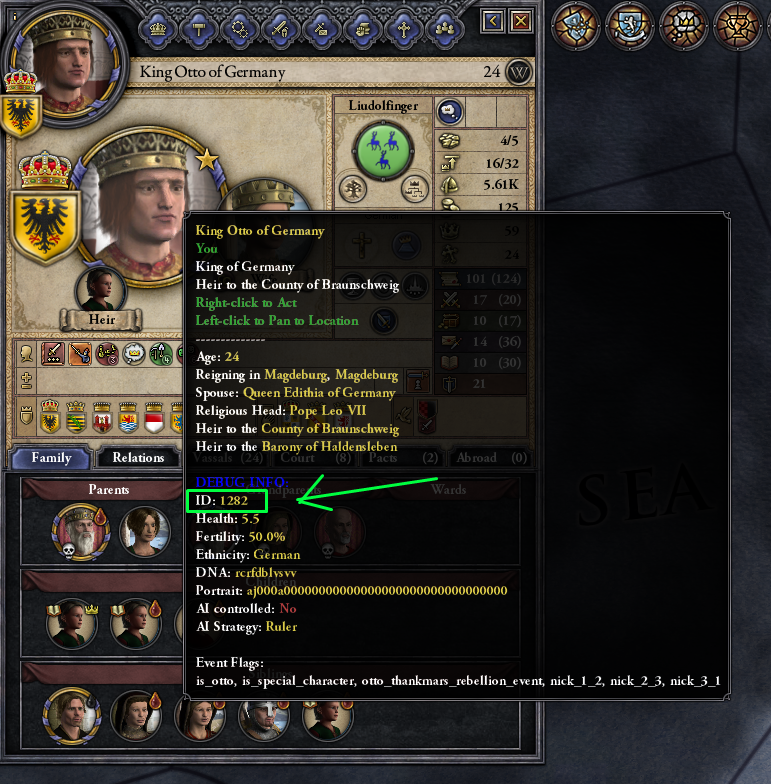 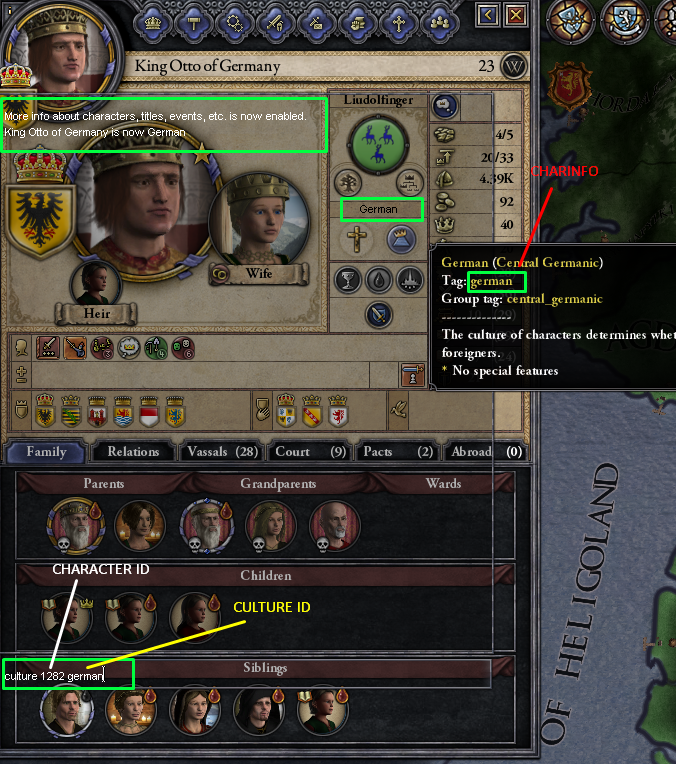 How to change Religion ? 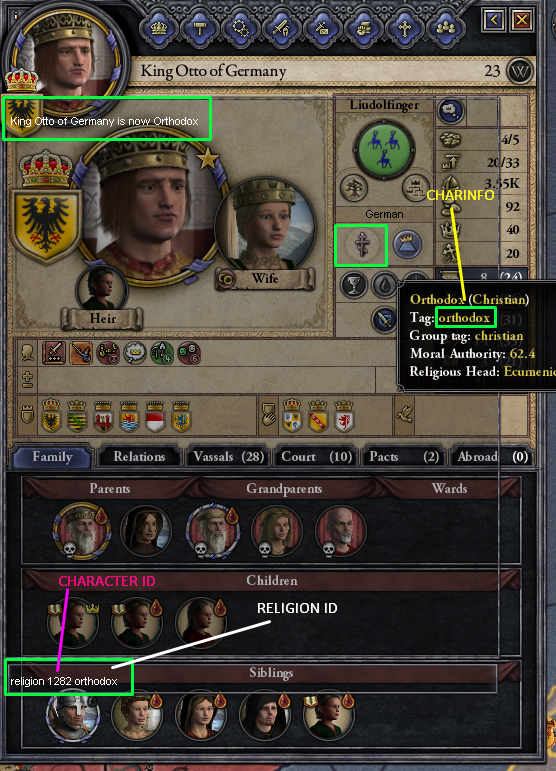 How to change Ethnic ?

Command : gfxculture〔 gfxculture ID 〕
This command will change your character’s Ethnic.
All Ethnic’s ID List you can find on this website CK2 Wiki Ethnic Commands[ck2.paradoxwikis.com]
! You can use same culture ID on Ethnic – its connected with Culture and Ethnic ID 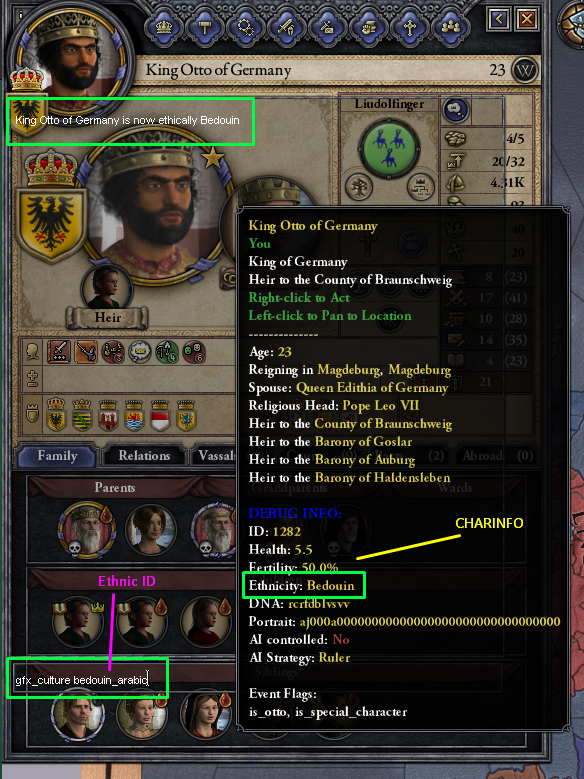 Command :〔 max_tech 〕
This is the technological progress of your country in crusader kings 2, this command will max out your entire technology tree, I recommend not to use it because it can destroy your country’s infrastructure if you climb too fast, it is useful in the late game. 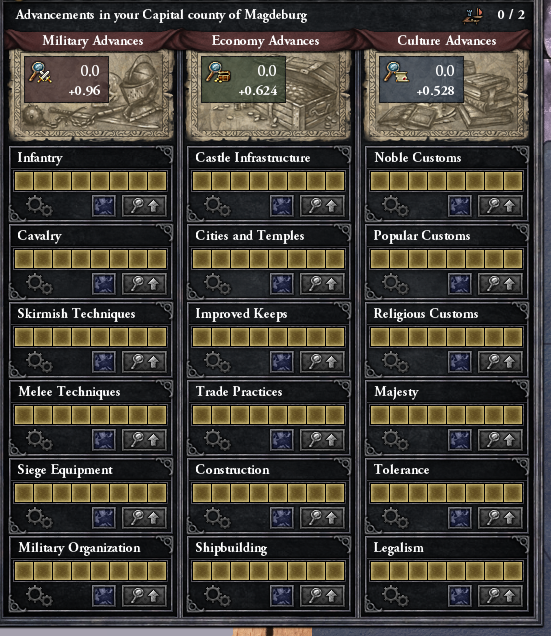