This guide aims to teach you how to play as the Frail British Man who happens to be gaming. 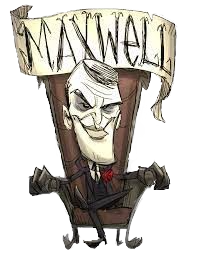 Maxwell is one of the 18 playable characters in Don’t Starve Together and is available as a base game character. His abilities center around the use of a book unique to him called the Codex Umbra. The Codex Umbra allows Maxwell to create shadow puppets that will help him with a variety of different tasks.

With over 1400 hours of experience in this game, I hope to convince more people to try out Maxwell. Now enjoy my insane ramblings about a fictional character that I love playing as too much.

**At this moment in time he has yet to receive a rework to his abilities so this guide will cover how he currently plays.**

Maxwell’s Hunger is the standard amount of 150 which is the exact same as Wilson’s total Hunger. Annnnnnd that’s all there is to really say about this stat…Moving on.

While Maxwell’s Sanity is the standard amount of 200, there is a constant sanity gain of +6.67/min that is only available to Maxwell. It is also important to note that Maxwell’s max sanity can change depending on the current amount of Shadow Puppets summoned. (This will be important later)

Ah yes, the Stat that stops many players from even touching Maxwell. With a max health of 75, it makes Maxwell a very unappealing pick for many newer players. However you will soon see that this stat has very little impact on Maxwell’s overall gameplay.

Maxwell starts with the following items:

Despite the Codex Umbra being an item in your inventory, it is more accurate to say it acts as a portable crafting station for your puppets. It can be crafted using 2x Papyrus, 2 Nightmare Fuel, and -50 health (The Health loss works the same way as crafting a Telltale Heart does). To start using the Codex Umbra you must first place the book on the ground. After doing this you can open the crafting tab to find that 4 new crafting options have appeared.

Shadow Puppets are quite unique compared to most followers in this game. Unlike other followers, Maxwell can create multiple Shadow Puppets at a time with any combination of them so long as he still has max sanity available. He can also destroy a Shadow Puppet at any time by force attacking them which will give him 1 Nightmare Fuel back (If a Shadow Puppet dies any other way, no Nightmare Fuel is returned). All Shadow Puppets die in one hit (Except for the Duelists).
All Shadow Puppets do their respective jobs automatically which means you don’t have to worry about commanding them to do anything. Shadow Puppets also have no durability on their tools/weapons so you can use them forever. Keep in mind that you do still need to be somewhat near the Shadow Puppets in order for them to continue the task. Shadow Puppets will also attempt to flee whenever a threat is near them (aggro’d or not). This often creates situations where you are in combat and your shadow puppets will keep trying to do a task but then run away soon after.

The Shadow Logger costs 2x Nightmare Fuel, 1x Axe, and 20% of your max sanity. As the name suggests, the logger will attempt to cut down any tree he sees. For the most part, the Logger remains useful for the entire game as you need logs to craft most things in the game. He can get kind of annoying if you are trying to let some trees to grow since he will most likely attempt to chop it down. The Logger is also capable of spawning treeguards which makes him an ideal way to farm for treeguards.

The Shadow Miner costs 2x Nightmare Fuel, 1x Pickaxe, and 20% of your max sanity. The Shadow Miner attempts to mine any mineable objects near him. Compared to the Logger, the Shadow Miner in my opinion sees far less use due to his more limited application. While rocks are useful, you rarely need to craft this guy since you can do most of the work yourself already. The Miner only really becomes useful towards the late game where it might be beneficial to mine tons of rocks around the world. 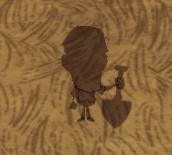 The Shadow Digger costs 2x Nightmare Fuel, 1x Shovel, and 20% of your max sanity. Out of all the Shadow Puppets, this guy is my favorite by a long shot. While he doesn’t do a whole lot of tasks, the ones he does are very helpful. The most common task he will be performing is digging up tree stumps but he can also dig up graves. Having one of these around at all times is not a bad idea due to the fact they largely stay out of the way. 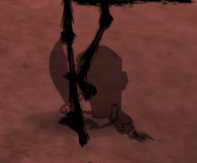 Okay I’m dropping the formality, the Shadow Duelist is straight dogwater. I will tell you for a fact that the Duelist is total ♥♥♥♥ at its job. Despite doing 40 damage per attack he has such a long period between attacks that it hardly matters. Basically the Duelists helps you win fights you would’ve won anyways and fails to do anything meaningful when it matters. Anyways, the Shadow Duelists costs 2x Nightmare Fuel, 1x Spear, and 35% of your max sanity. Unlike the other puppets he has 75 health and regenerates 15 of that health back every 2 seconds. (This really doesn’t fix the problem in case you are wondering). I will tell you for a fact that you are better off using your nightmare fuel on anything else besides the Duelists.

As I mentioned in the statistics section Maxwell’s only listed downside is his lower Max Health. This really doesn’t matter for one simple reason though, ARMOR. As long you have access to armor, his lower max health hardly makes a difference. Since you aren’t dying in one hit anymore, now all you have to worry about is healing. Of course its important to note that Maxwell’s passive sanity gain can be a bit of pain when trying to go insane.

Maxwell has been gifted with the very unique ability of being able to read at a high school level which means he can read Wickerbottom’s books. Next time you see a Wickerbottom which is never be sure to offer your big brain to them.

With the boring explanations out of the way, its time to show you how to truly do Maxwell Gaming 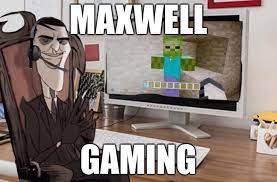 For this farm you want to have a few things on hand before you begin:

Now to begin the Nightmare Fuel Farm you will want to make 2 Shadow Duelists Yucky and 1 Shadow Worker (Any of them work). Once you do this, you will now be stuck at 20 sanity which just so happens to put in you in a permanent state of insanity. From here you are free to kill as many Shadow creatures as you feel necessary. After you have obtained a satisfactory amount of Nightmare Fuel you can kill your duelists and start getting back your sanity.

How to punch a hole in the Ozone layer

Have you ever wanted to chop down trees at a disgustingly fast speed? Well here’s a quick and easy strategy to do just that.
You will want:
– 3x Loggers
– 1x Digger
With this setup this should enable you to literally destroy an entire forest while also getting rid of the stumps that are left behind. From here you can just pick up the remains that are left behind or use a Lazy Forager to do the job. 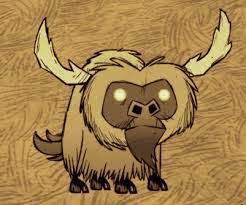 While fighting on the ground works fine, its definitely recommended that you work towards domesticating a beefalo at some point. In particular you will want an ornery beefalo as it will provide much needed help in combat. By riding a beefalo you have effectively countered Maxwell’s main downside since you no longer take damage directly.