Stock ships all have obvious weak points and non-optimized loadouts.
This guide will provide you with custom ships that gets the job done either cheaper, better or just both.
WARNING

If you don’t like box-looking ships for min-maxing, you should stop here. 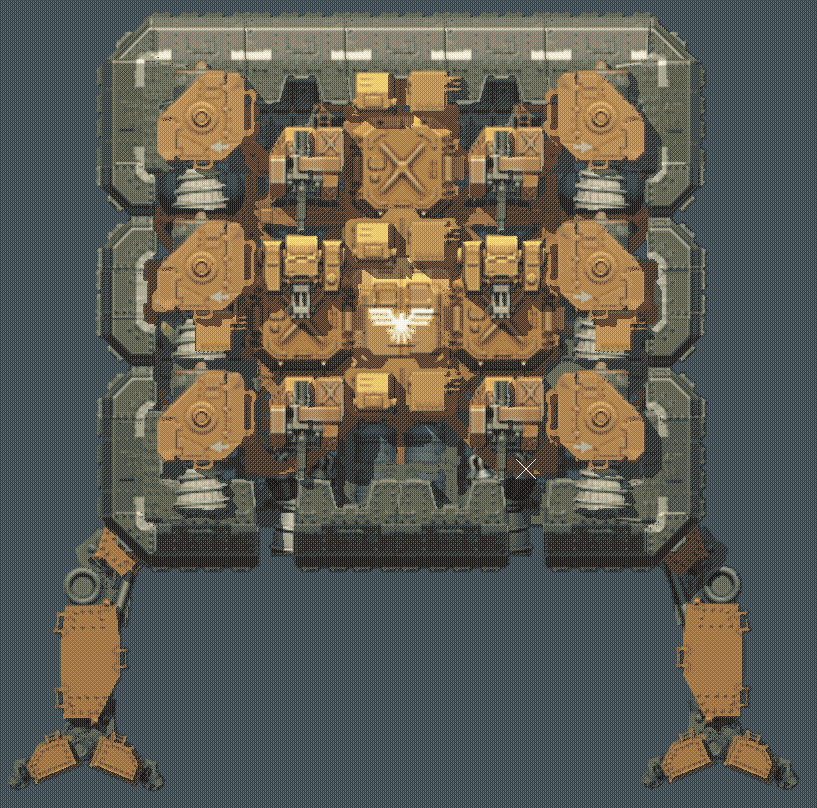 The game provides the beloved Lightning and Skylark.
However, they are not perfect: they are at an awkward speed where they will always fail to intercept the trade convoy before they send warnings.
To make friends with trade convoy mid flight, you need a minimum of 900 km/h. 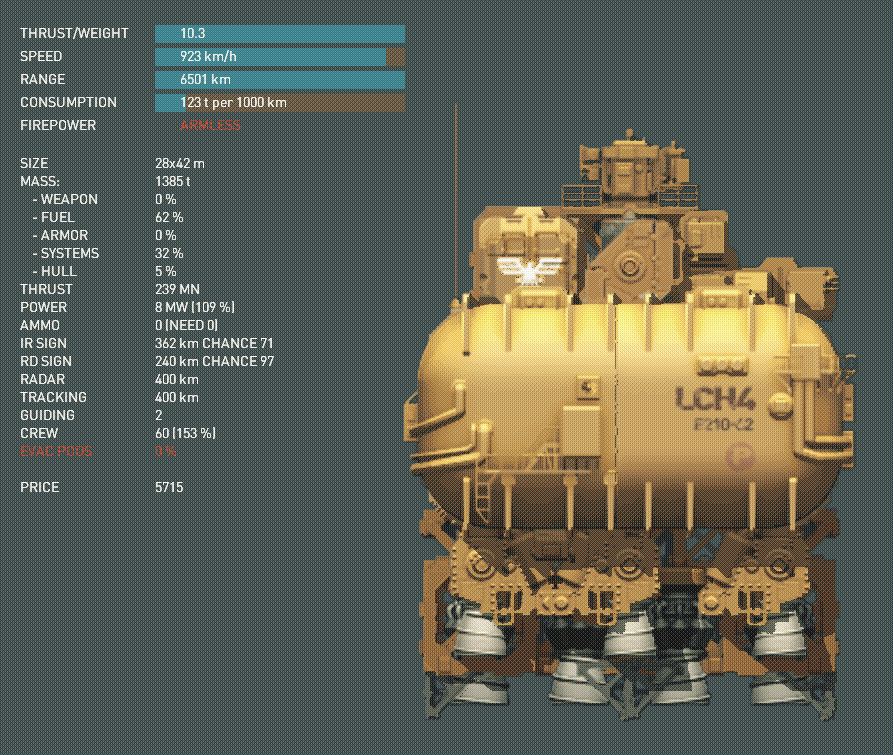 The number is nowhere easy to achieve and at a cost of fuel, but that would be much cheaper than seeing cruise missile send in your way.

The typical composition of a convoy intercepting fleet is composed of a combatant, a radar ship and optionally an ELINT/IR ship. The reason why ELINT is optional is because even if you get detected you can easily get away with your ludicrous speed. On top of that, you should generally have very little radar profile and you can detect enemy before they do. Of course, if you want this group to scout for you and don’t want to micromanage a hundred flying domes, this group is fast enough for the duty.

And yes, they are often light enough that they don’t need legs to land. You just need to be a bit more careful near the ground.

The strike force is a detachment cruising at around 400 km/h.

Despite guides would suggest 350 being good enough, it’s not the entire story.
The sudden strike will be guaranteed successful if you are able to make contact with the enemy within 15 minutes of discovering, and the odd is reduced by 3.33% per minute. At noon, enemy garrison can have up to 100 visual range, and you will have 83.3% chance to sudden strike that if you’re sticking with 300 km/h. Of course, you can simply just wait until sunset to strike with 350 speed to guarantee sudden strike, but for lazy men it’s easier to make everything above 400 km/h to begin with. 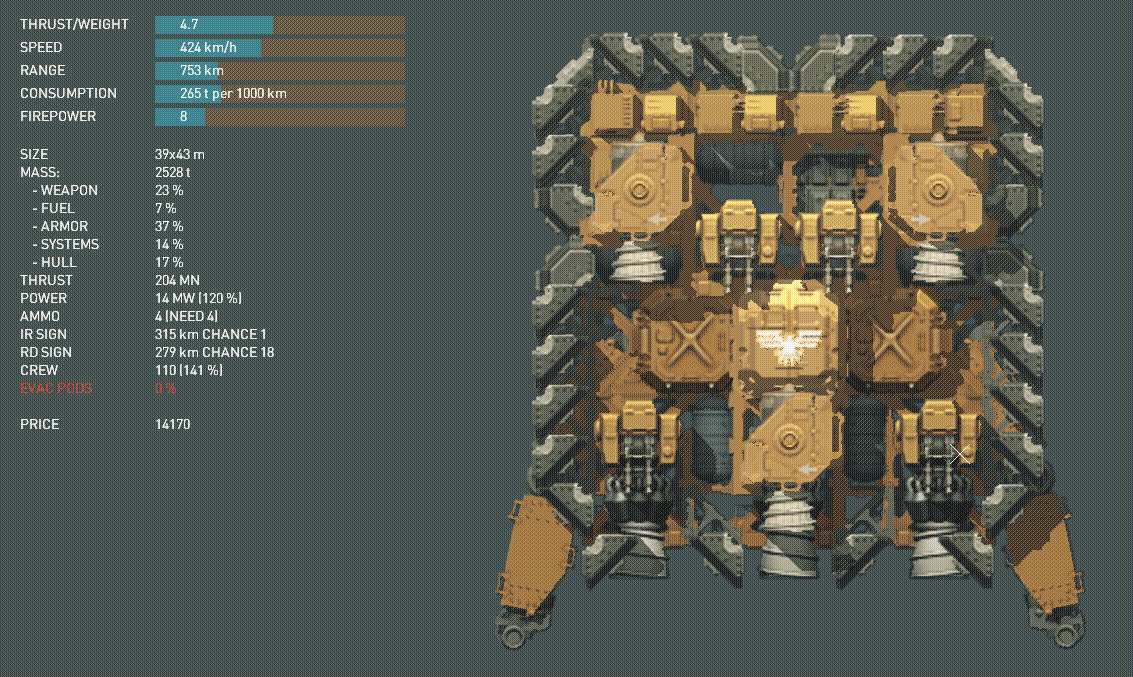 This should be your main operating fleet that is responsible to launch heavier strikes and/or harassment. You would also want to make this fleet somewhat hard to detect to prevent being actively hunted. 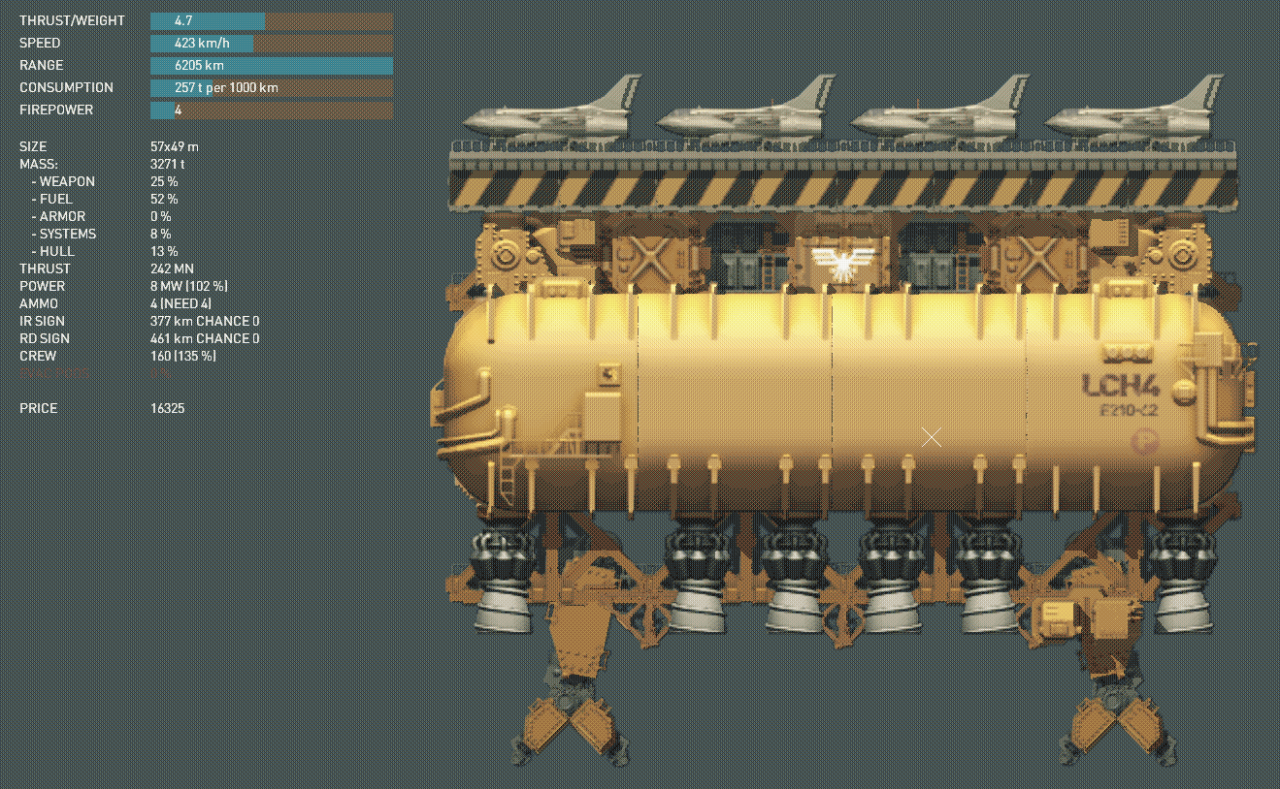 A fleet that is very slow and escorts Sevastopol. Generally it’s advised to strip most stuffs out of Sevastopol to make it move faster (if you’re not trying to cheese the game retrofitting it into a two engine probe). Generally I make it 200km/h.
You can later retrofit this at a repair shop into a heavy gun ship and use other cheaper ships as dedicated tanker.

Against missile and airstrike, you can retrofit the 4 gun armored ship in Tactical Fleet into 4 37mm CIWS and add Sprint to it. The fit is easily convertible. 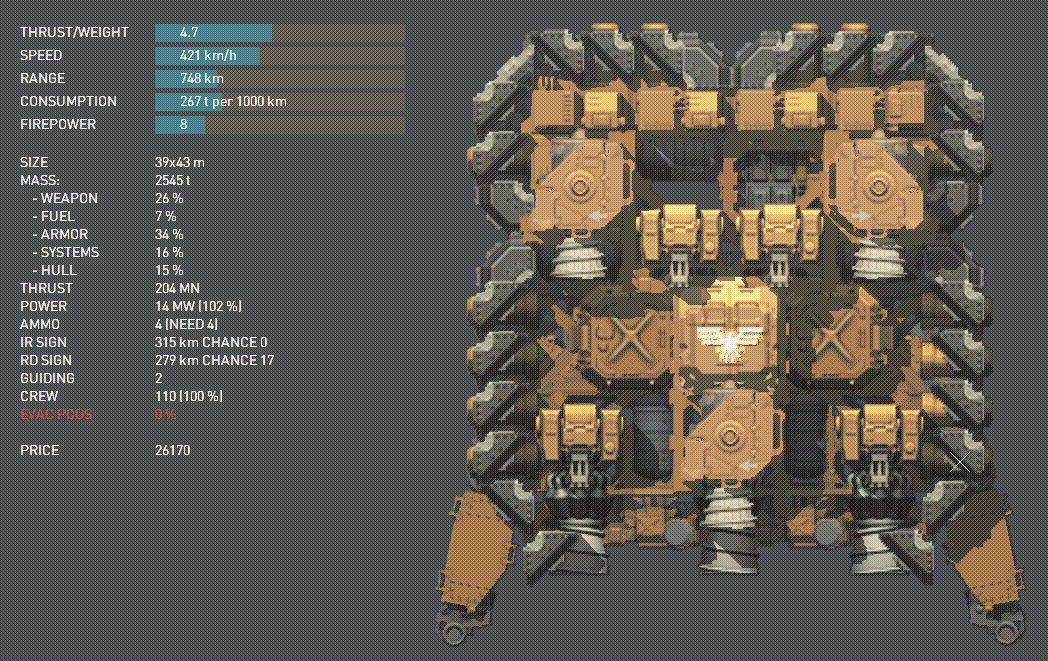 No, not the role of ship in the fleet, but the fleet’s role as an entirely. 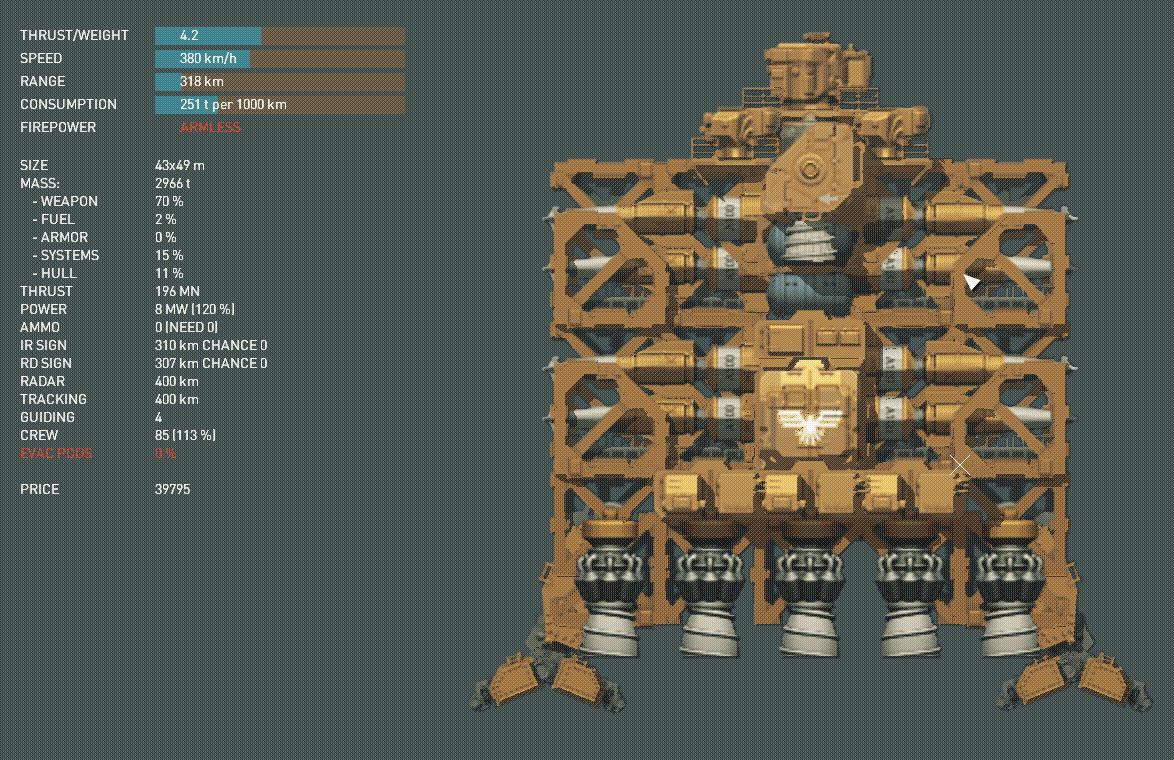 Did someone ordered some A-100N?

My ship pack:
https://drive.google.com/file/d/1cexUfftVDP9u7CMB2Ak6FOh0T9K7ZJGe/view?usp=sharing
Just use ships of similar speed in the same group. Some ships have stripped variant, for example, the Furious, that is meant to collect it’s arsenals along your campaign or get from stripping Sevastopol. This saves significant amount of money than buying the fully decked out ship.
By CodeNemesis