Documented all aspects about the shelter with each steps taken.

To begin creating your shelter you need to craft the Shelter Facility Workbench by pressing C.
As seen this uses both wood and circuit boards.

Circuit boards can only be crafted from meco furnaces which only show up after defeating the man in black, the third last boss. 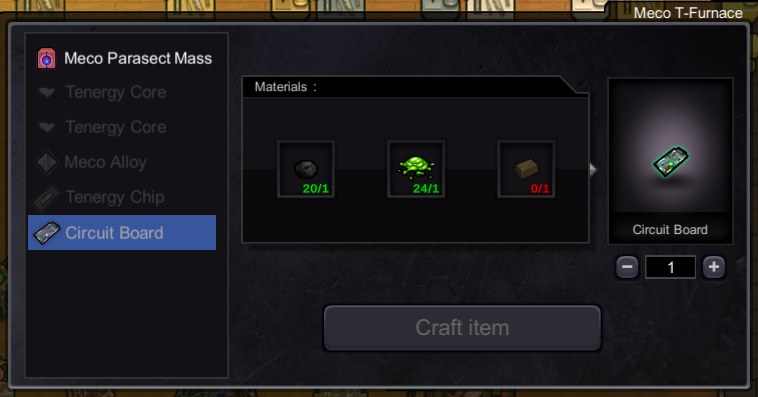 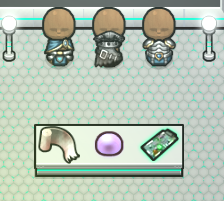 Instead of going through all that work you can instead visit the Schip’s lab through the portal and purchase it from there. Since the new update they show up in this shop even before defeating the mutant parasytor on the surface and only cost 30 each.

Once you have crafted the Shelter Facility Workbench and placed it, you can start crafting the Shelter Signal Tower and place it where you want your new survivors to gather.

After placing the Signal Tower it usually takes some time until you get incoming calls, this can take minutes.
I usually wait 10 minutes and then check the tower if it has a speech bubble with a blue letter which indicates a new message, if it doesn’t have any new messages then i come back in another 10 minutes, meaning getting 30 survivors for the achievement will take a lot of time. 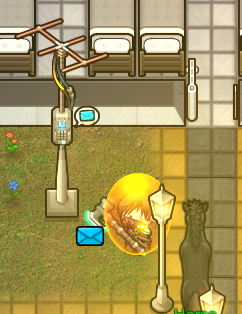 Once you have placed the Shelter Tower and received your first message you can start inviting new survivors or respond to sos signals to rescue them. 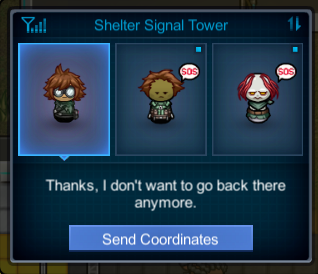 If they don’t have the sos speech bubble then you can simply send your coordinates and they will spawn near the shelter tower and act as your tenant.

Responding to an sos signal gives you map coordinates to their location, this location will have them trapped while surrounded by enemies found on that floor. To rescue them walk up to the prisoner and free them by right clicking on the object.

Once rescued you can again send your coordinates and they will spawn around the shelter tower to act as your tenant. 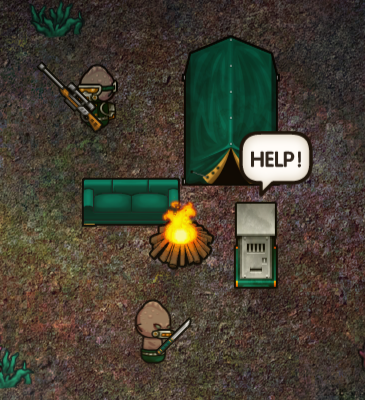 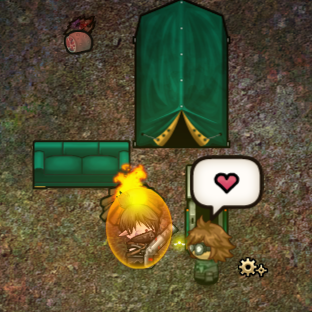 This part is very easy to accomplish. After some time your survivors will have a bar above their head filled up which indicates they’re ready to pay up rent. Walk up to one and right click on their body to collect it, the amount varies but my average is around 70-100 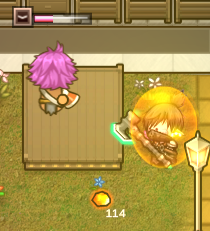 With the new shelter workbench we have new furniture to add to our base.
These work great as decoration and can be used by the player and your survivors. 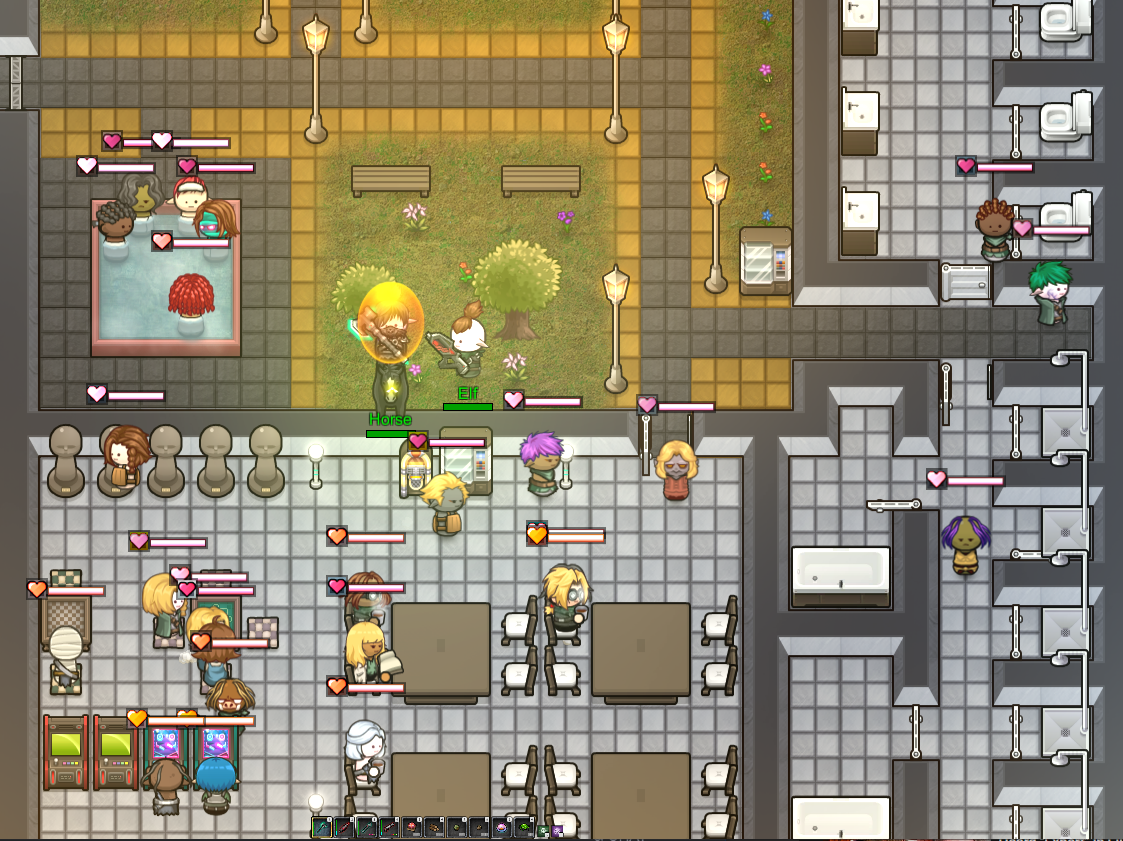 The pool allows multiple people to enter, the stage allows one person to stand on it and to perform with a guitar, two tabletop games can be played by multiple survivors, one machine plays different types of music just by right clicking on it and other type of furniture can be used to create bathrooms, bedrooms or cafeterias if you feel like it. 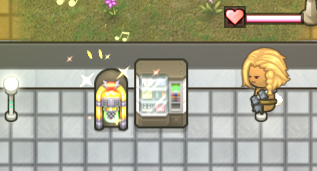 Two types of furniture can also be used to sell your items to your survivors, though i just sell a bunch of nectar, lettuce and giant wheat to other shops so i don’t use this much. 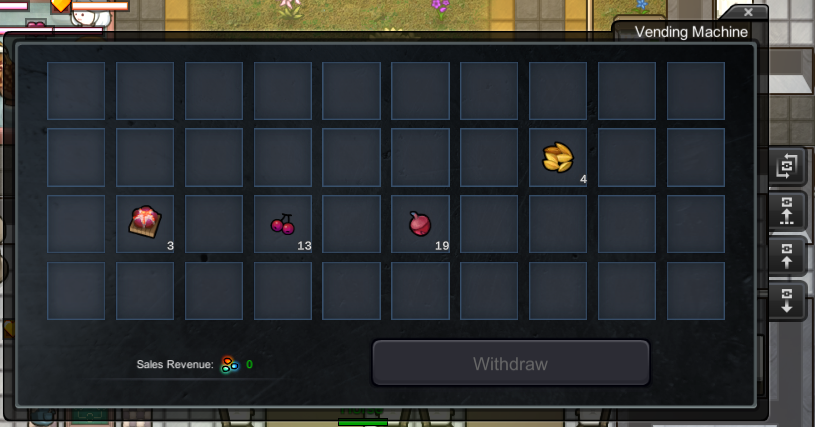 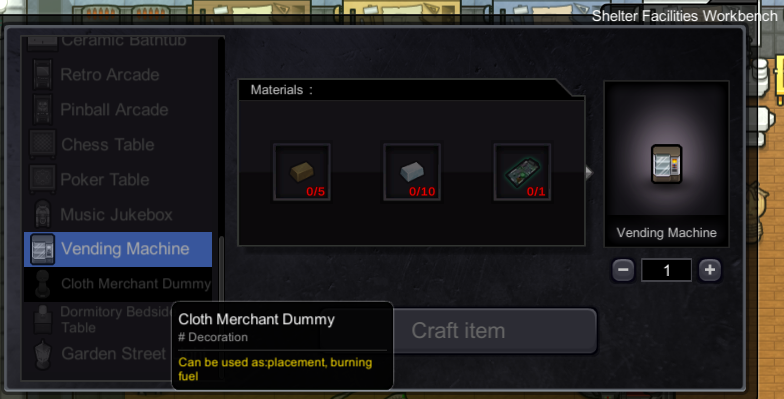 Decided to push out a shelter guide after waiting several hours to get the 30 survivors achievement.
Managing the shelter is quite easy so this guide isn’t necessary but i’ll just push it out alongside the replica guide and the farming guide.

Edit: Apparently the survivors are supposed to join in combat but the devs disabled it for now because its too buggy.
From a dev reply in 1.0 announcement:
”If you sell weapons and armor, they’ll buy it, but we’ve temporarily disabled survivor participation in combat as this feature is currently buggy and we’re still investigating. But they still buy weapons and armor now.”