This is a guide for obtaining all 11 “Driver” achievements. Complete with images.

Consider this guide as a collection of heuristics to frame your Mini Motorways experience. Other guides and videos that can be found may offer data, statistics, and specific play-styles to Min-Max the design of your motorways. In parallel to such activities, this guide offers insight on how to manage in-the-moment decisions that are required to adapt to the emergent system behavior of Mini Motorways.

The first section provides images and observations for each of the 11 cities the first time that the “Driver” achievement was obtained. The second section distills these observations into a set of strategies and tactics for framing your motorway placement decisions. The guide concludes with some remarks on useful resources if you would like to learn more. 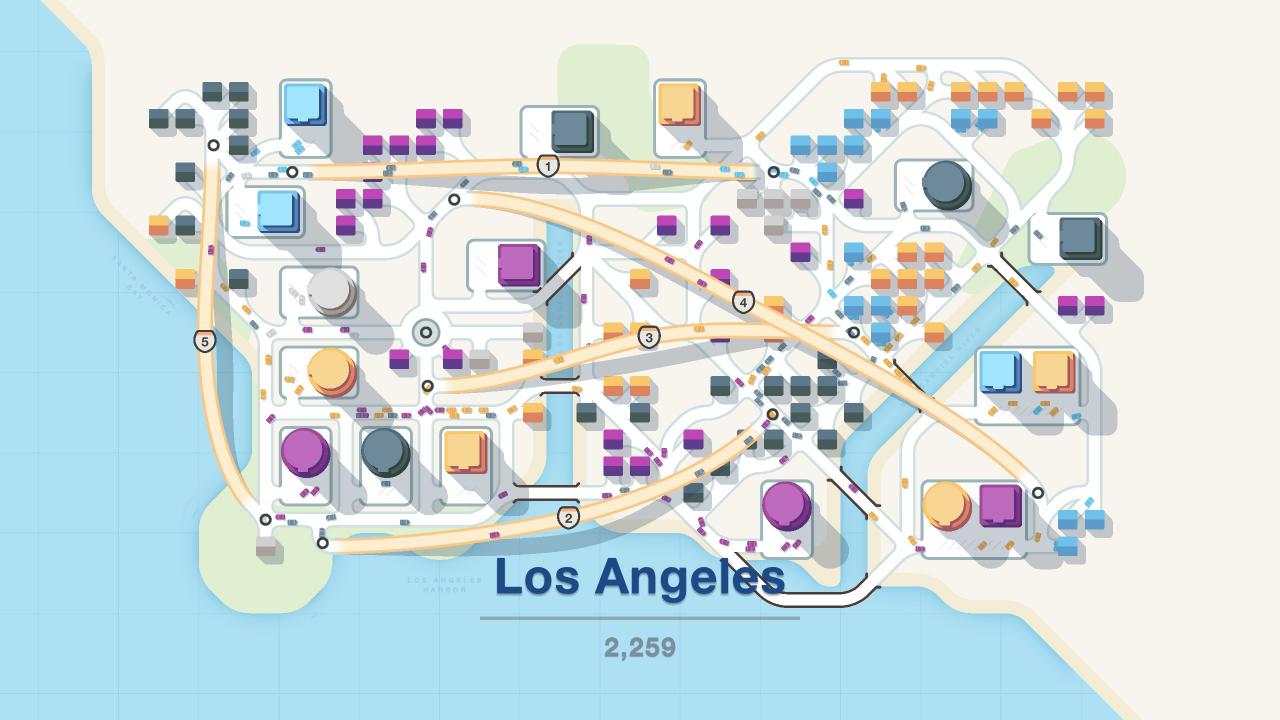 Upon re-assessment, not the best of layouts. Roads are numerous and bridges well-distributed but cars tended to prefer highways. Most highways are multi-use – especially highway 1 and 3 – which allow multiple car types to leverage the asset. 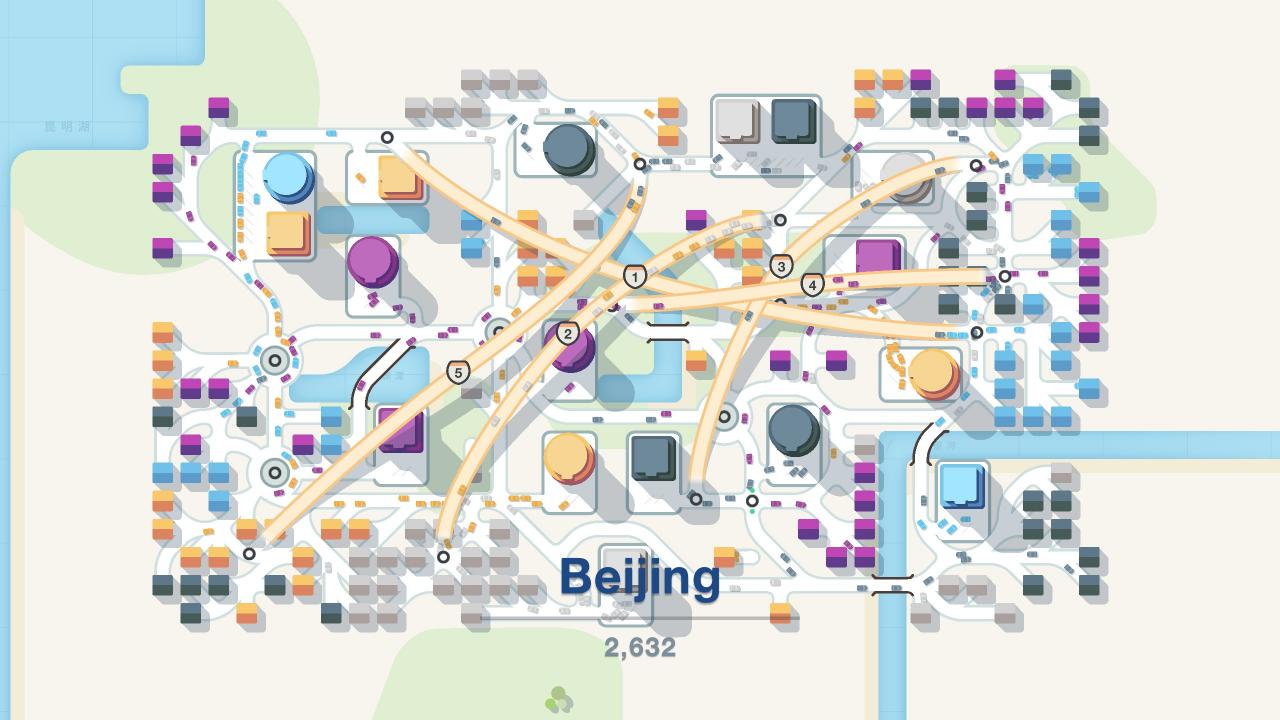 Notice that significant effort is made to get cars from the upper-right and lower-left neighborhoods out to appropriate parts of the city. Neighborhoods have multiple exit routes and embedded highways contribute to ease of access. 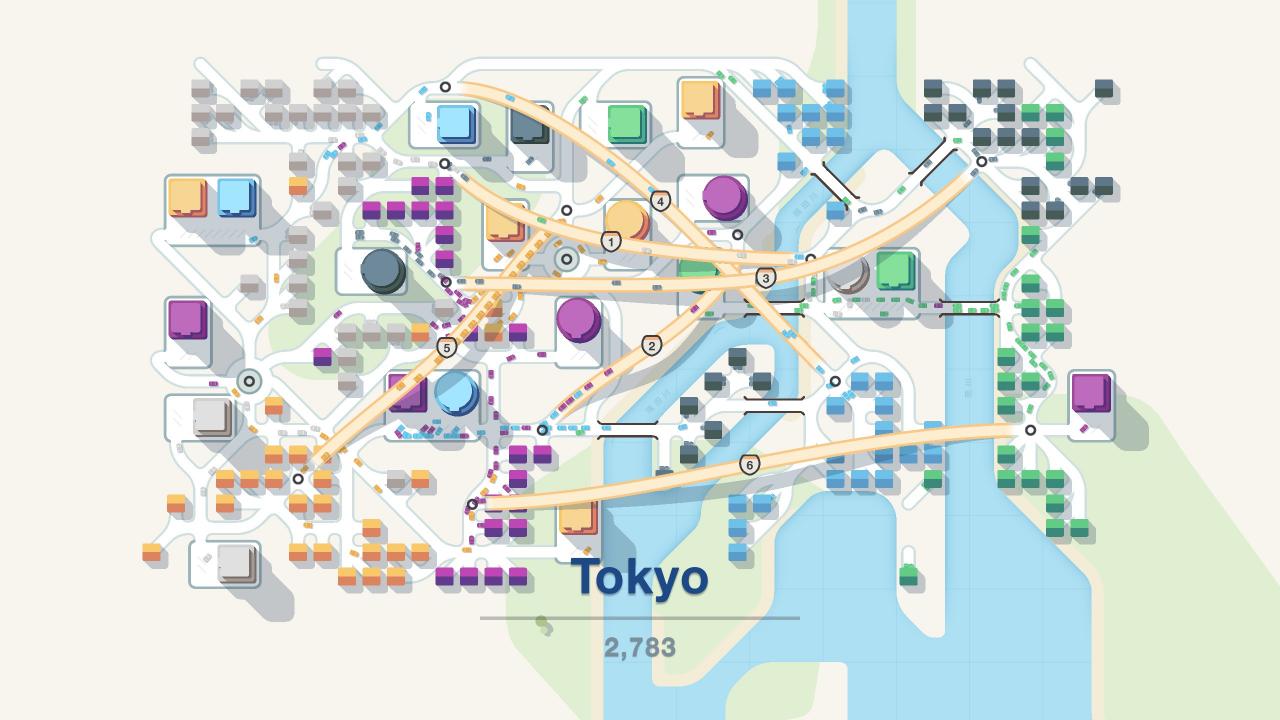 Most highway placements are quite effective, but it’s apparent 3 and 2 could be adjusted just a few tiles to reduce the burden of congestion. Circle destinations are easily accessed by their respective car types. The left-most side of the city is composed of square destinations so relying solely on normal roads and a roundabout is sensible. 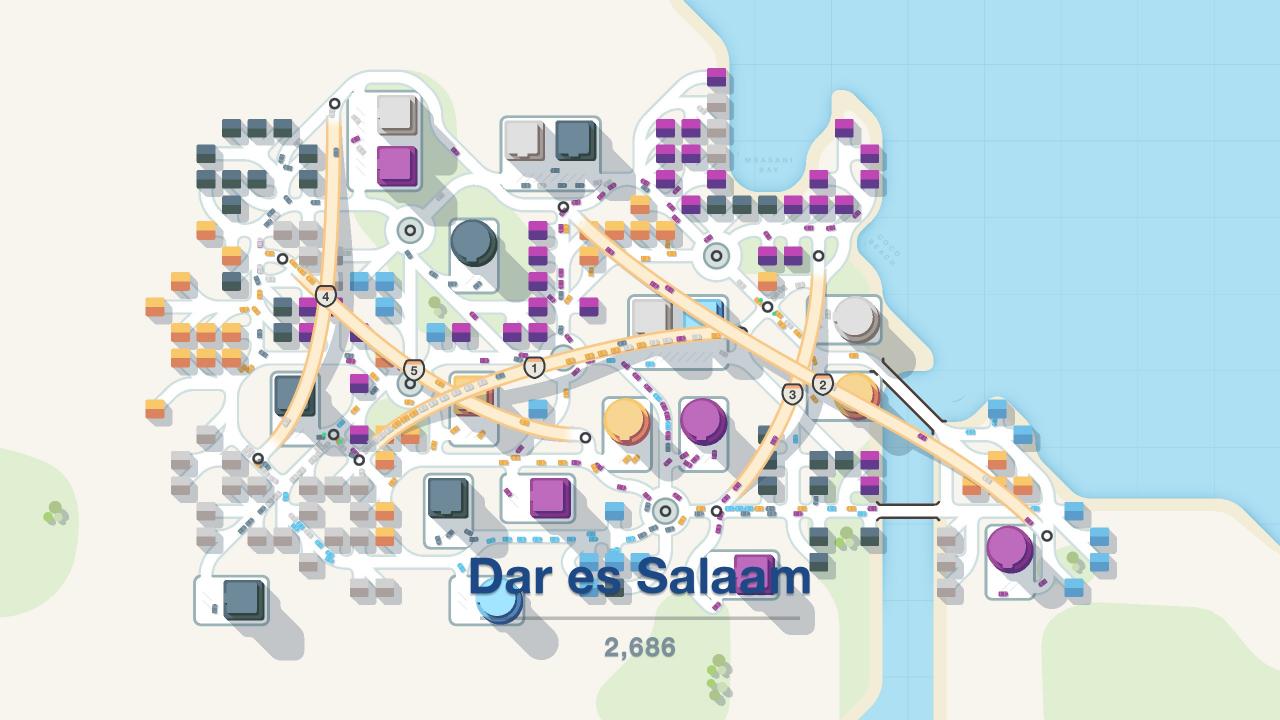 The middle two roundabouts are strained under heavy traffic. Most roads and highways offer quick ingress to their destinations but egress back to neighborhoods is difficult. A few roads should be added for shortcuts and highway 1 should clearly be relocated deeper into the neighborhood to reduce congestion. 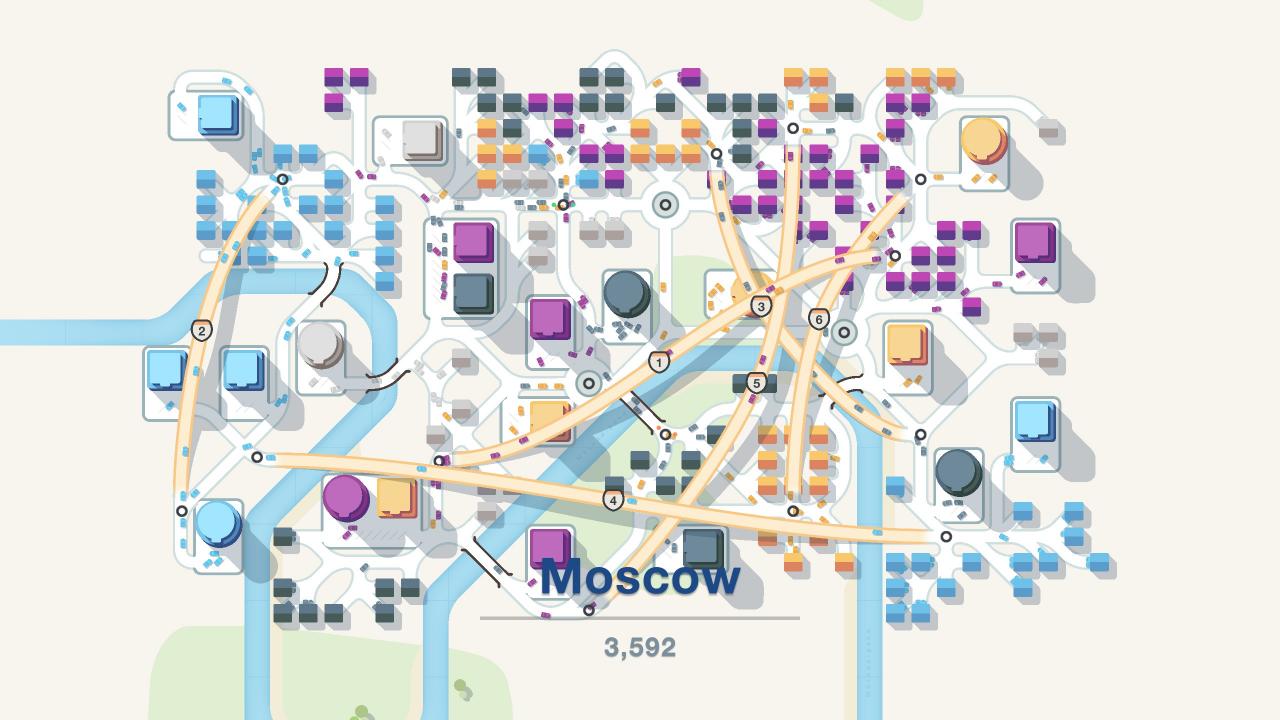 Moscow represents my personal high-score. Blue car types are extraordinarily well-served and almost completely segregated. All circle destinations are accessible and a couple traffic lights are introduced to boost efficiency of key intersections. Again, notice that highways are embedded deep into neighborhoods to influence the balance of transit between roads and highways. 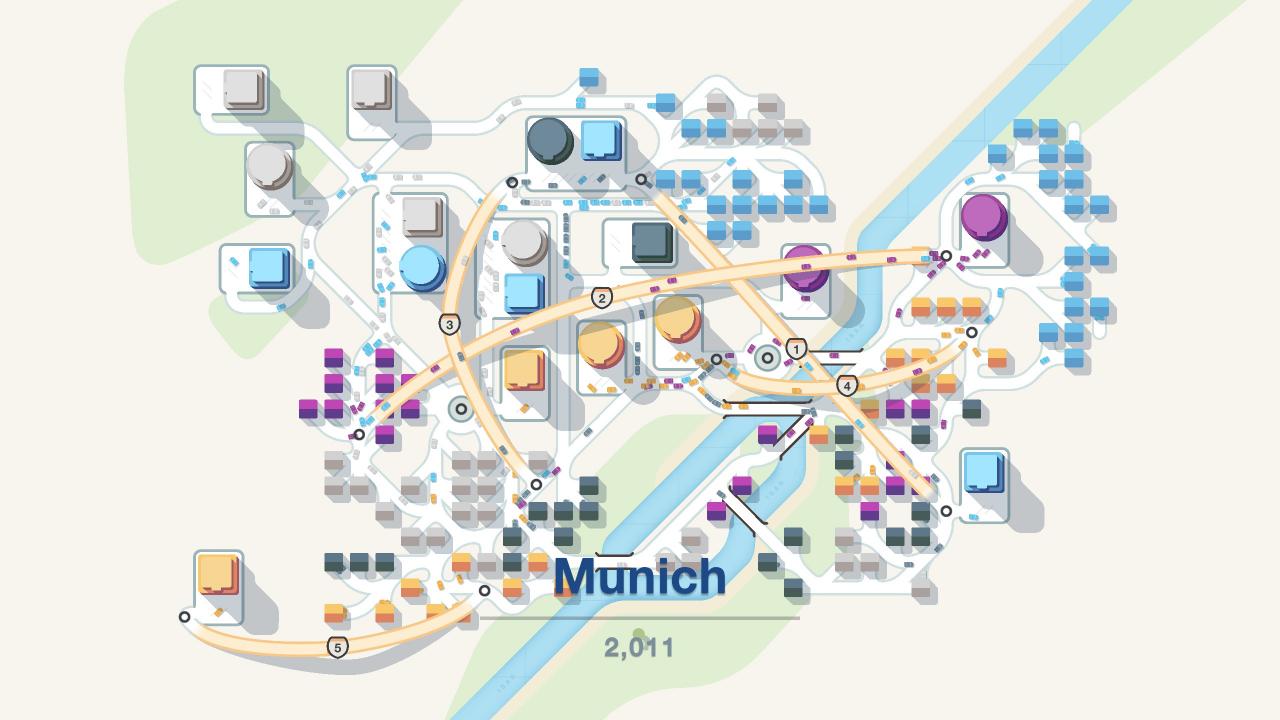 Munich was the most difficult city to achieve 2,000 trips… evident by the lowest global achievement rate of 4% as well. Maybe RNG runs wilder with a one river being the sole limiting factor. The upper-left and center areas of the city provide good examples of main thoroughfares with destinations branching off of them. Otherwise, I will admit this city was hectic. 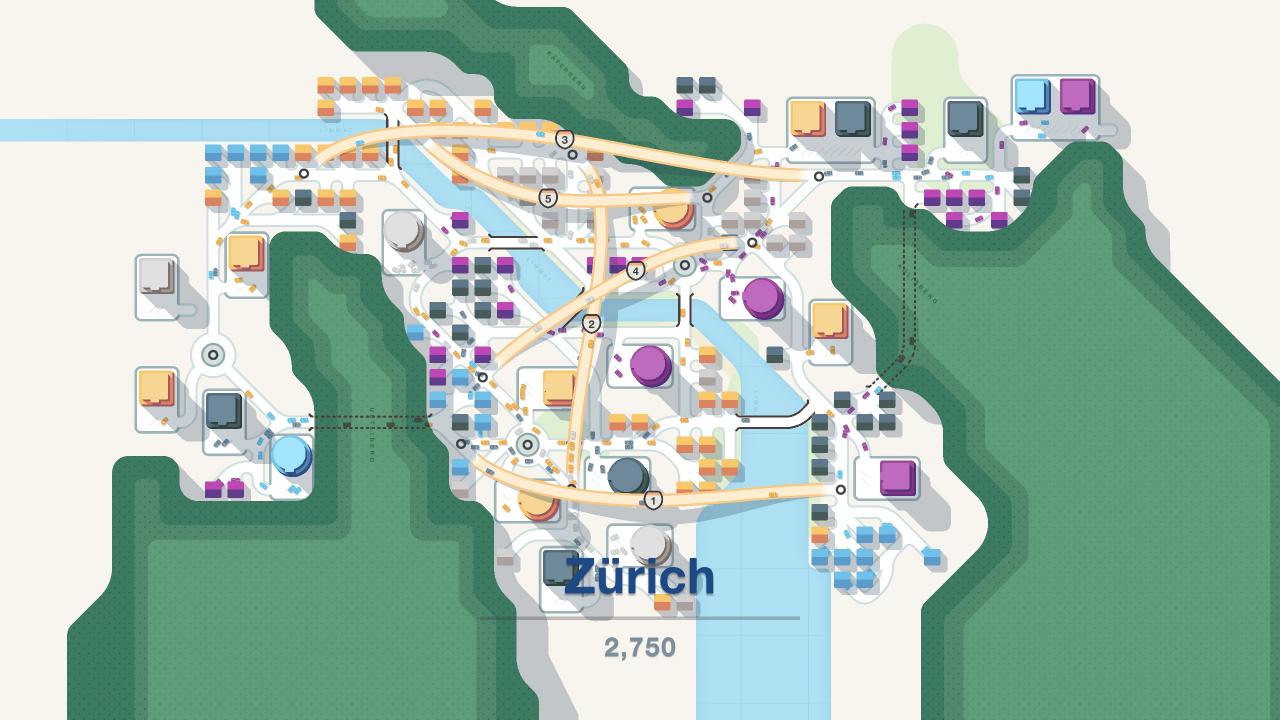 Bridges, tunnels, and highways offer many options to travel between the left and right sides of the city. Highway 3 and 2 are excellent examples of multi-use assets that several car types can utilize. The right-side tunnel required a significant number of tiles but strategically enables the transit of green and purple car types. 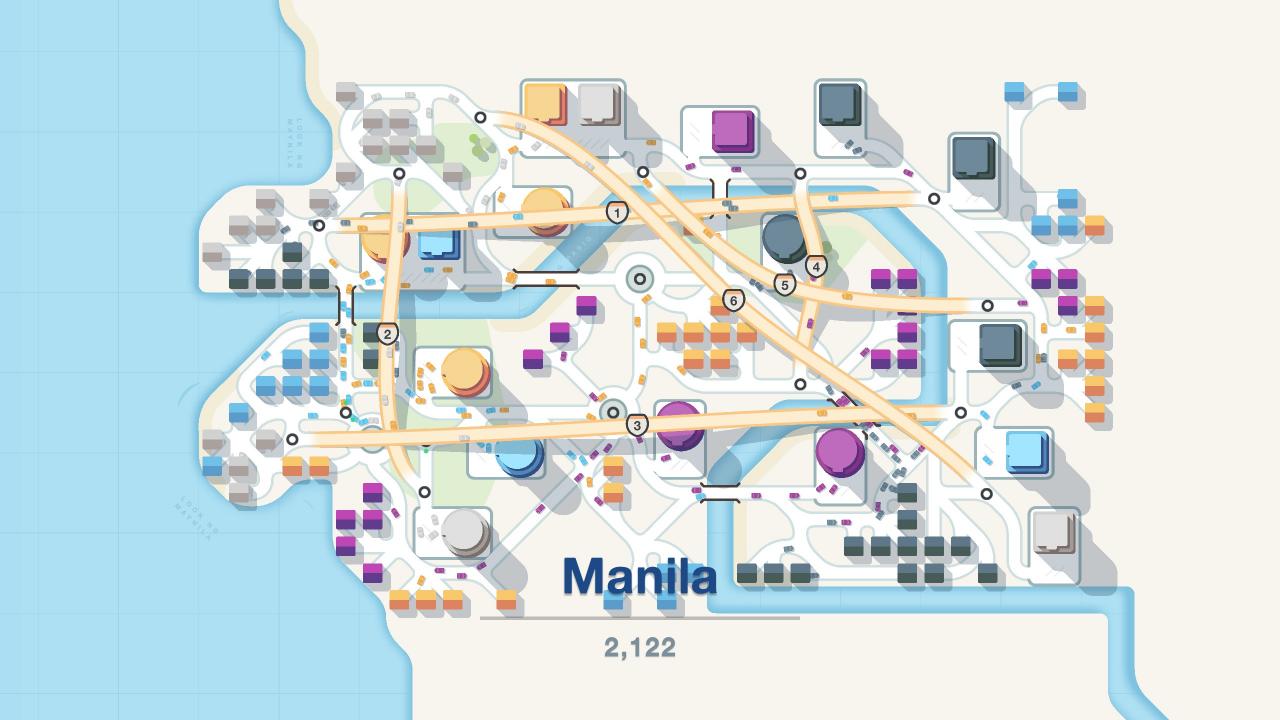 Manila represents the first city for which I achieved 2,000 trips. Clearly there are extraneous roads and highway 4 would be better utilized connecting the local purple neighborhood to the two circle destinations at the bottom of the city – reducing congestion as well. Though, the two central roundabouts streamline some transit and highway 3 exemplifies a multi-use asset that green, blue, and yellow car types can leverage. 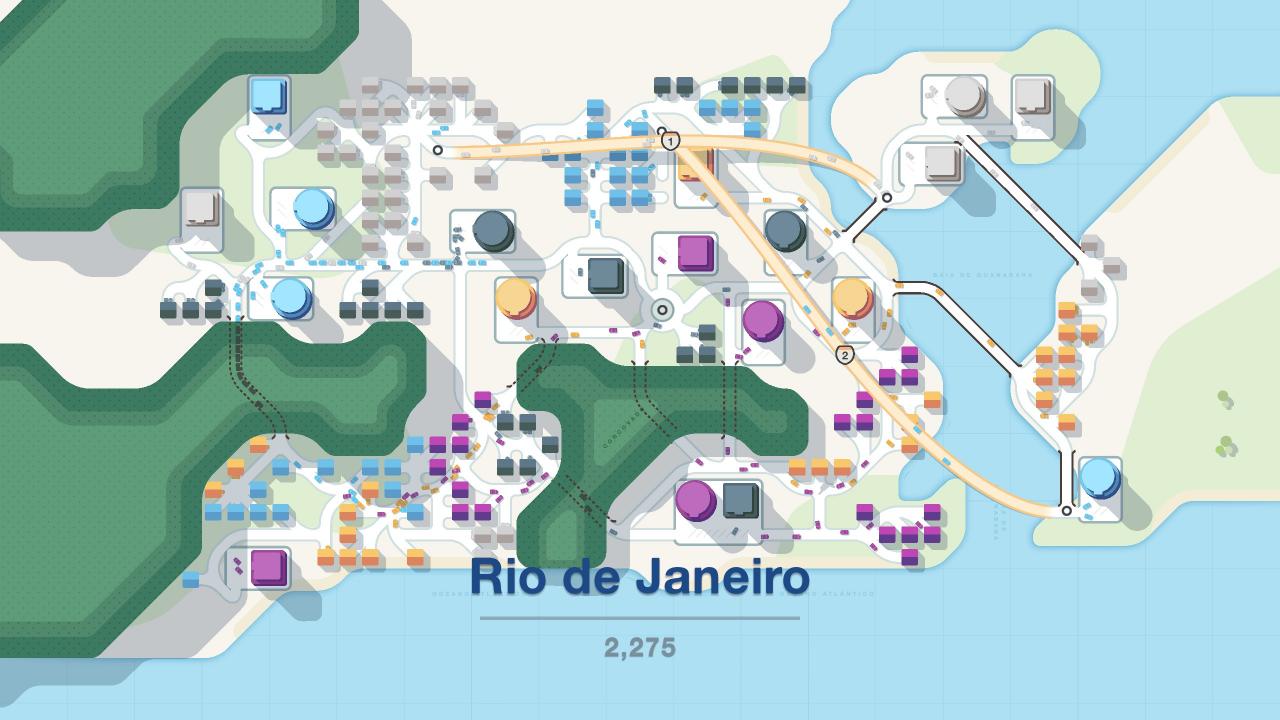 Rio represents the best possible outcome with limited highways. Blue, purple, and green destinations are well-served through a range of tunnel, bridge, and highway assets. The lower-right circle destination is very unfortunate RNG and required a valuable highway. 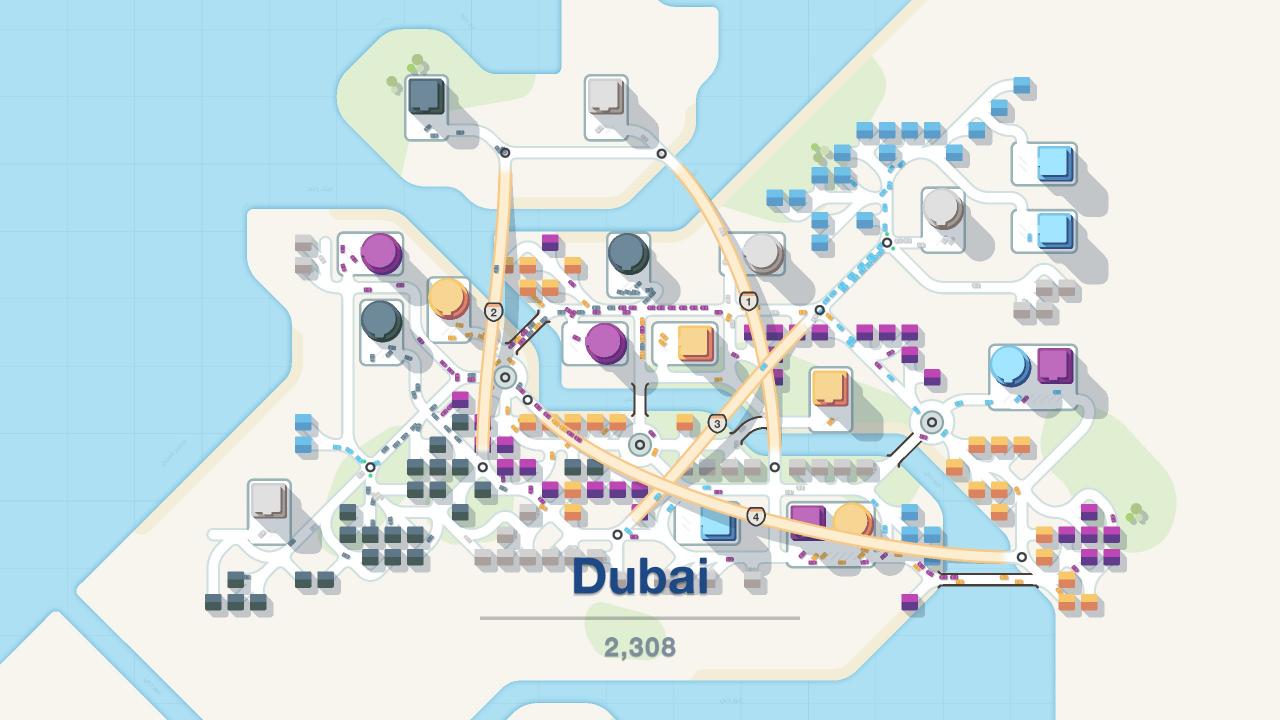 Unfortunately, the island destinations at the top of the city necessitate two highways (likely one with revised placement). The circle destinations and roundabout in the city’s center-left are experiencing significant congestion. Highway routes that enable egress from this critical area should be considered. Bridges are well-distributed, and the lower-left quadrant of the city exemplifies a main thoroughfare which several cul-de-sacs and neighborhoods have access to. 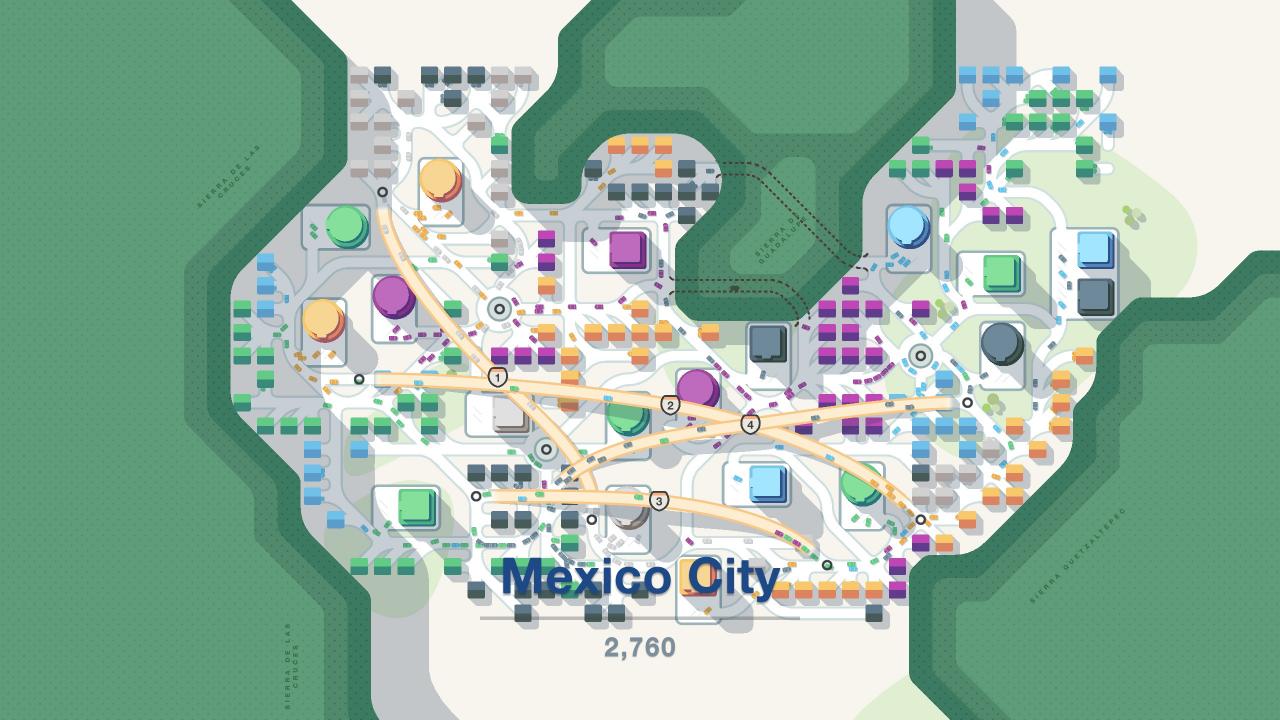 This city is brimming with activity… and surprisingly, a few trees are still standing. Most highways are multi-use but could benefit from being shifted by a few tiles to facilitate transit flow. Another beneficial action might be to attempt segregating a few neighborhood-destination pairs. The wide accessibility of the city may actually be an impediment for transit.

Strategies: High-level, relatively static concepts to employ when developing and evaluating your city. The 800-trip mark is an excellent point to pause and assess if the current iteration is promising or requires a drastic overhaul.