Here is a guide on how to unlock every breed in Monster Rancher 1 & 2 DX. enjoy the game.

How to Unlock Every Breed 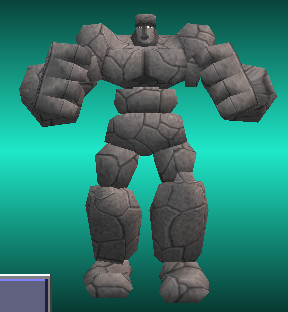 Baku and Golem: Achieve Breeder Rank of 4 (Beat B Rank), and have already purchased the first House upgrade from Binto. If you have 17,000 G or more on May 4th, Binto will arrive again and upgrade your stable for 15,000 G. After this is done, Baku and Golem are unlocked.

Bajarl: Achieve Breeder Rank of 8 (Beat two of the Major 4), and have already purchased all three house upgrades and two stable upgrades from Binto. If you have 22,000 G on May 4th, Binto will arrive again and upgrade the house for the last time. After this is done, you will be given the Bajarl Pot, which is used during combining to unlock the Bajarl. 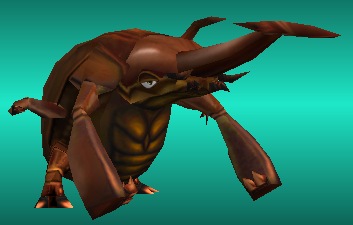 Beaclon: Unlock the Worm, and then raise it while satisfying the following conditions:
The Worm’s rank is C, or lower.
The Worm is at least 4 years old, and less than 5.
The Worm’s loyalty is 80 or more.
The Worm must have been fed 30 or more “Cup Jelly.”
The Worm has 0 fatigue and 7 or less stress on June 4th (Resting on the 3rd required)
If all conditions are satisfied, the Worm will cocoon into a Beaclon with a 100% chance. If the Worm cocoons into a different monster, not enough “Cup Jelly” were fed to it. If the conditions are satisfied it will cocoon/unlock the Beaclon. It will live out the rest of the Worm’s lifespan. 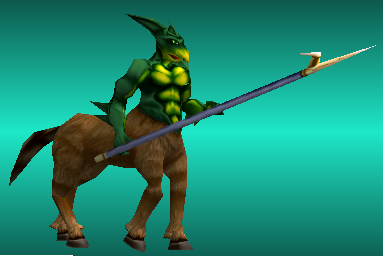 Centaur: Achieve Breeder Rank of 4, and finish the first expedition at Kawrea. Having done this, send a monster that is at least B Rank to the Heavy Errantry (Mandy Desert) between the months of March and August. If the monster is uninjured, it will return with a Spear. Your monster and the Centaur will fight (this will take an entire week so you will lose additional lifespan), and afterwards you may use the Spear in combining to unlock the Centaur. There is no particular penalty for losing this fight – but it is not difficult. 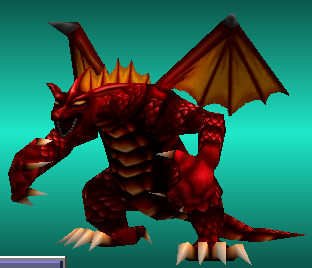 Dragon: Achieve Breeder Rank of 6 (Beat S Rank) or higher, monster must be exactly B rank. Have Binto renovate your stable at least once, and participate in at least one IMa vs. FIMBA meet. Having done these, if you have a B rank monster (exactly B rank, not higher or lower) on the ranch on July 1st, you will be invited to the Dragon Invitational. Attend it on August 2nd and defeat Lagirus to receive the Dragon’s Tusk. Use this Tusk in combining to unlock the Dragon (You may attend this match multiple times to receive more tusks). 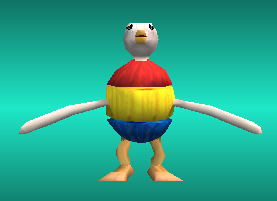 Ducken: Feed your monster enough “Cup Jelly” to receive 5 “Diamond Marks”, and receive the Quack Doll that comes as a reward (You can either sell this doll or give it to your monster). Afterwards, attend the Torles expedition with Rovest [Requires a monster with 210+ LIF, 50+ Fame, having finished the first Kawrea expedition, and C Rank or higher]. Retrieve the Strong Glue from the tree near the beginning of the expedition. If your monster has less than 350 INT, the Glue will NOT appear. Gather another Quack Doll via Cup Jellies, and it will become a Ducken Doll which you can use during combining to unlock the Ducken. You cannot get rid of the Strong Glue without cheating/using a cheat device such as a Gameshark to remove the item from inventory.

Durahan: Achieve Breeder Rank of 4. Attend the Parepare expedition with Kavaro [Requires a monster with 140+ LIF, 40+ Fame, C Rank or higher, 1st Kawrea Expedition Finished]. Visit the Decaying Palace behind the huge pumpkin, and search for the Old Sheath. If your monster has less than 300 INT, the Sheath will NOT appear. Afterwards, go to the Shop to hear Verde’s rumor. From then on your monster must be A rank, and it will be invited to the Double-Edged Invitational on February 1st, which then takes place on the 4th. Win the invitational to receive the “Double-Edged” which can be used in combining to unlock the Durahan. 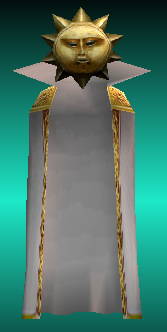 Gali, Henger, Mew, Worm: Achieve Breeder Rank of 1 (Beat E Rank). If your D or higher rank monster is on the ranch on July 1st, you’ll be invited to the IMa vs. FIMBA qualifying match at the end of the month. Win this tournament, and you can attend the meet on August 4th. Attend, and whether your team wins or loses the meet, you will unlock all four breeds afterwards. The meet is then held every 4 years after the first one- though you will not receive any special notification. 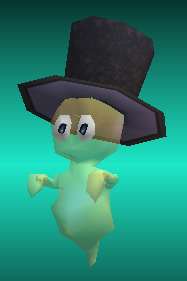 Ghost: Allow a monster to die. Hold a funeral and build a shrine for it. 140 weeks later, if you have at least 8,000 G on March 3rd, you will be prompted to upgrade the shrine- Do so. Another 140 weeks later, a similar event will occur on March 3rd if you have at least 13,000 G. Do so again. The following year on March 3rd, you will have a brief cutscene and then receive the Stick which can be used during combining to unlock the Ghost. 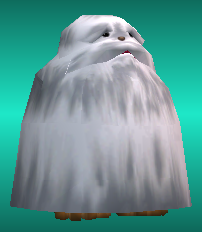 Jill: Achieve Breeder Rank 6 (Beat S Rank). Attend the Torles expedition with Rovest [Requires a monster with 210+ LIF, 50+ Fame, having finished the first Kawrea expedition, and C Rank or higher], and acquire the Big Footstep from the Large Snowman at the top right of the map. If your monster has less than 500 INT, the Footstep will NOT appear. Afterwards, send a B or higher rank monster to the Sharp Errantry (Papas Mountains). You will be warned about “Bighand.” Defeat Bighand during the errantry to receive the Big Boots which can be used in combining to unlock the Jill. ` (Getting the Big Footstep has no Breeder Rank requirement, but the rest does)

Joker: Attend the 2nd Kawrea errantry [Requires a monster with 280+ LIF, 50+ Fame, B Rank or higher, 1st Kawrea Expedition Finished]. Visit the Burnt Altar on the upper right side of the map and find the “Joker Mask”. If your monster has less than 300 SKI, the Mask will NOT appear. Head back to the ranch- sit through Pab’s idiocy, and then receive the Mask which can be used during combining to unlock the Joker. 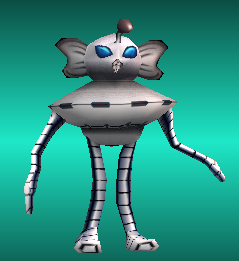 Metalner: Achieve Breeder Rank 8 (Beat two of the Major 4), have the year be at least 1010, and have a B or higher rank monster on the ranch. With these conditions satisfied, on September 1st (it is not guaranteed to occur the first time, as it is weather dependent- which is random), you’ll be visited by “Aliens.” This can continue to happen through November 4th or until the event is finished. Once concluded, you will receive a crystal and be trash talked. Take this crystal to the Shrine in town to unlock the Metalner (no combination item).

Niton and Undine: Achieve Breeder Rank 4. Raise a Hopper to at least B Rank, and have it on the ranch during the Winter months (December to February). Ensure that the Hopper has 0 fatigue and less than 30 stress at the start of a week (resting is mandatory). It will dig up Hot Springs and give you an unpleasant bit with Pabs. Afterwards you will receive the Undine Slate which can be used during combining to unlock the Undine. When the Hot Springs cutscene is over, the Niton is quietly unlocked (no combination item). 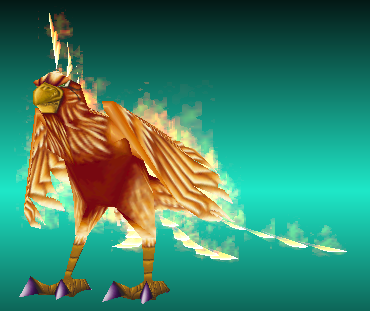 Phoenix: Attend the 1st Kawrea expedition [Requires a monster with 140+ LIF, 40+ Fame, and having beaten E Rank]. Acquire the Phoenix Feather from the only searchable location (If you do not get it here, the Feather can also be obtained during the later Kawrea expedition). Use the Feather during combining to unlock the Phoenix. 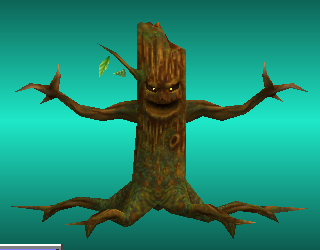 Mock: Achieve Breeder Rank 4. Afterwards, visit the Shop on occasion until you receive the “Seeds” (This event is tied to the “new item” trigger. If you do not achieve Rank 4 until after “Manseitan” is unlocked, the Mock is locked forever- though this takes almost 30 game years). Approximately 10 years later, and after ten brief events, the planted tree from the seeds will die (These events generally seem to occur in April). Allow a monster to die (funeral not required). Afterwards, you will receive a free Mock, and Mock will be unlocked.

Wracky: Achieve Breeder Rank 7 (Beat one of the Major 4), and ensure the year is 1005 or higher. When you have a monster with 90+ Fame on the ranch, you will receive the Doll. Regardless of your options, you will always receive the doll. Colt will ask to throw it away the next week; it doesn’t matter what choice you pick. Allow a monster to die, and afterwards you will receive a free Wracky, and Wracky will be unlocked. 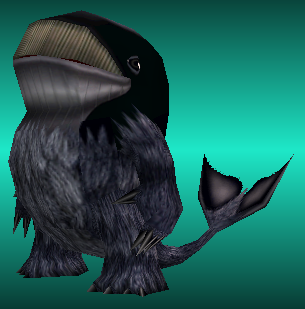 Zilla: Achieve Breeder Rank 6, upgrade the stable once, and complete the requirements to unlock the Niton and Undine. Then, when sending a B or higher rank monster to the Hit Errantry (Torble Coast), you will be warned about a big water creature. Attend the errantry and defeat the “Zilla King.” Like with Bighand, whether or not Zilla King will appear or not at the end of the errantry is random. You will receive a “Zilla Beard”, which can be used during combining to unlock the Zilla.

To be Added: Potential new monsters added in the DX edition(?) Stay tuned.

He’s coming for you.