Here are some useful tips for you to start the game.

Where do I start?

First of all, Money. Second of all, Money. Wait, did I say Money already? Good, because you’ll need plenty of that. The first couple of monsters will be your money-makers, and as such there’s little value to spend your hard earned cash on them. It would be counterproductive. Also, if your monster discovers any items that you don’t need – guess what – sell them immediately for quick cash! Just make sure to not sell something you might regret later (Apple Cakes, Mint, Taffy, etc.). Now let’s cover the actual grind, what will make your earn this shiny ambrosia: battles. Subscribe your monsters to tournaments, always, but be cautious to not raise the ranks too much or else you’ll just lose and stress out your monster. They’re money-makers, but they still have souls.
In essence, you’ll have a few “Working” monsters who will focus on gaining wealth and a few “Fighting” monsters who will focus on spending said wealth. The latter will also take part in the most difficult tournaments, errantries and expeditions. The workers will fight too, but again, just the bare minimum in order to amass a chunk of the fortune.

What stats should I raise?

It all depends on your play-style and experimentation is advised. To be fair however, you really don’t want to be a jack-of-all-trades in this game. Focus on three stats (for example Intelligence, Skill, Speed / Power, Skill, Defense / etc.), then, when you’ve maxxed out all these, go to the next preferred one. This way you’ll have four good stats which will carry you throughout the game. You can also go to the next ones if you wish to do so, but it will be time-consuming and you’ll most likely need to “abuse” the Freeze and Fuse system (meaning freezing a monster before he dies and fusing it with a good match); at the end of the day, you really want to take everything one step at a time. Trying to raise your monster to be balanced across the board will probably just result in a monster who doesn’t excel in anything at all and will not be great for battle. Take this into consideration when you do the special training for them to learn new moves, and how you choose to fight overall… All in all it’s better to choose to raise a high Intelligence monster or a high Power monster from the get go and base your strategy around that.

What’s the best schedule for Drills?

The most efficent training method for the Fighters’ basic training is the no-rest method:

If your monster Dislikes Tablets then you can either reload the game before he was created or, if you don’t want to cheese it, have a switch in Week 3 to a Light Drill every other month. The only downside is that this approach takes a lot of time and you need 1300G per month (unless you take advantage of sales of course).

Should I Praise or Scold my monster?

That’s up to you of course, but keep in mind that if you always scold them you’re much more prone to stressing out your monster, which in return can make him leave the Ranch and leave you dangling around the place and losing precious time – among other things. On the other hand, praising them too much might cause them to cheat more often in Drills, which still upgrades their skills albeit less so. I’m not entirely sure, but that might also make them more lazy in fights, like getting confused, but don’t quote me on that. Overall, you need to strike a fine equilibrium.

What’s the point of Nature in a monster?

To expand on the previous question, Nature is rated on a scale of -100 (worst) to +100 (best), 0 being neutral. Monsters start out somewhere on the scale, depending on their breed. Your monster’s Nature can be affected by certain items (like the Hero Badge), but is mostly affected by direct response from you. So again, this goes down to the praise/scold thing. By praising your monster for doing well during Training, you can shift its Nature toward good, but if you allow it to cheat without scolding it, it will start to shift toward bad. Some monsters require a good or bad Nature in order to learn specific techniques. 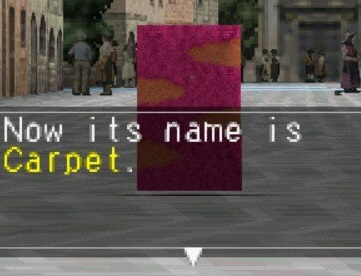