Skeleton Key – Player knowledge that allows one to do things not intended by the game. 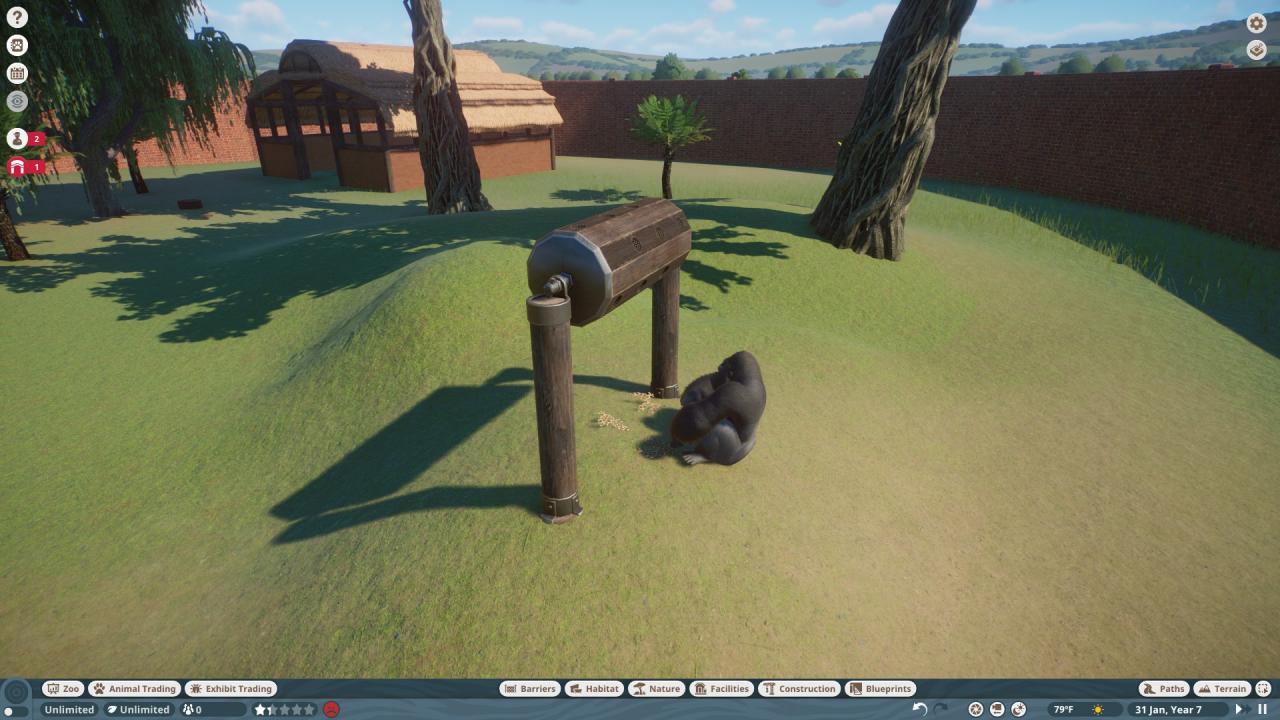 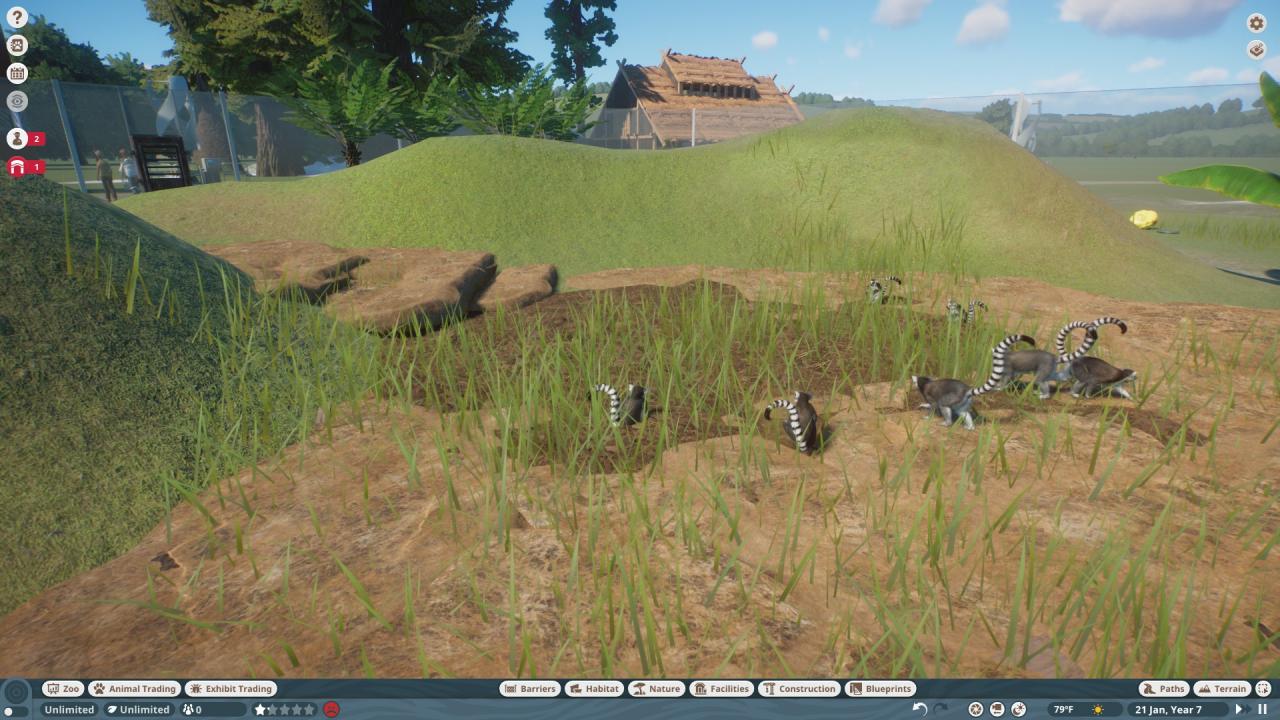 (Note: Under game settings there is the option to disable the Animal Navigation Terrain Restraints.
This allows the player to modify the terrain through enrichment items. Doing this can affect
the animals’ animations (the game warns you about it). Even if you disable it the terrain will still flatten when you place the enrichment item and then you have to redo the terrain work and be sure it is animal and staff transversable.)

The below method is quick, easy and does not require redoing your terrain work and will not affect the transversable or animations of the animal or staff.

1. Do your terrain work
2. Check for transversable by animal and staff
3. Employ the power of water

Water has a very strong lock; the game will not let terrain change when under the influence of water. 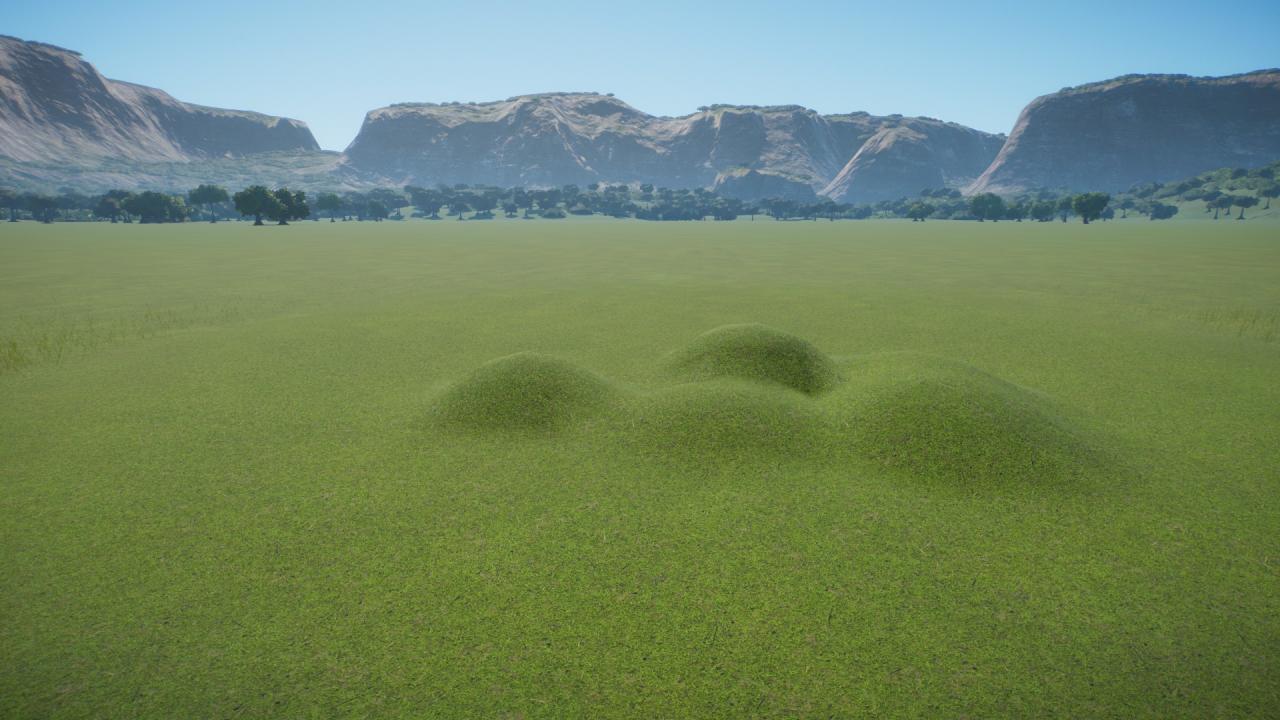 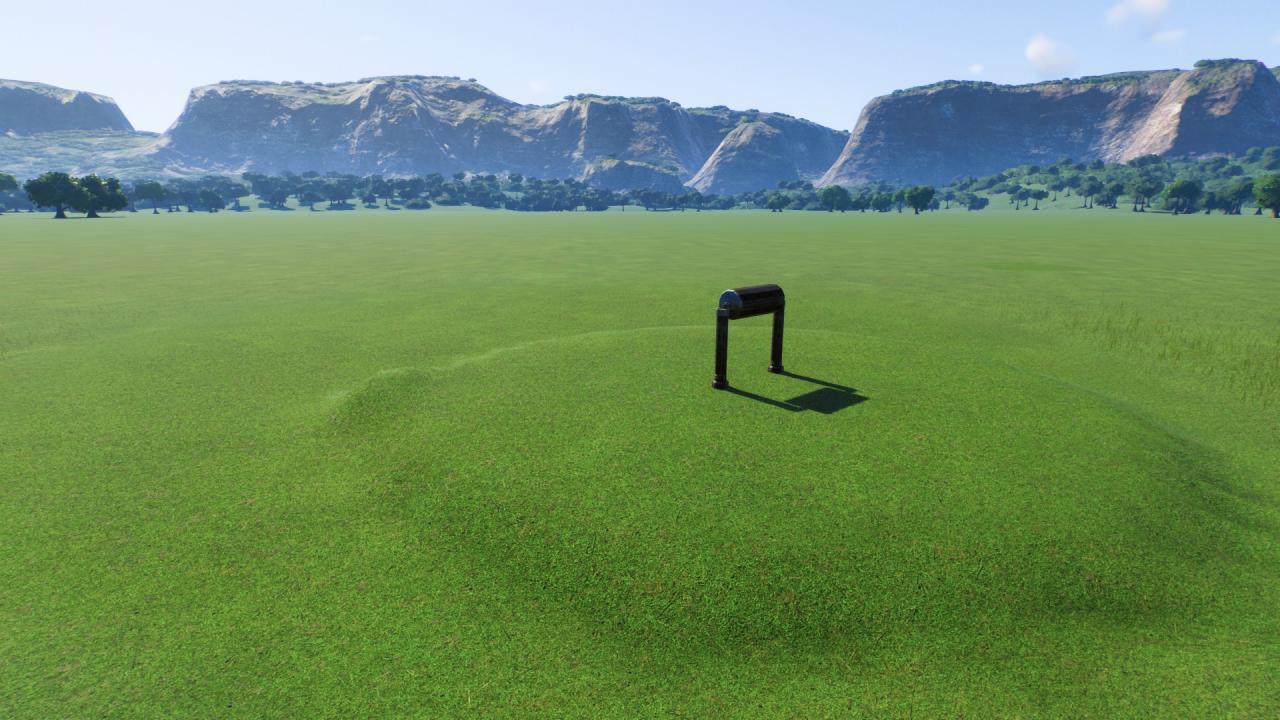 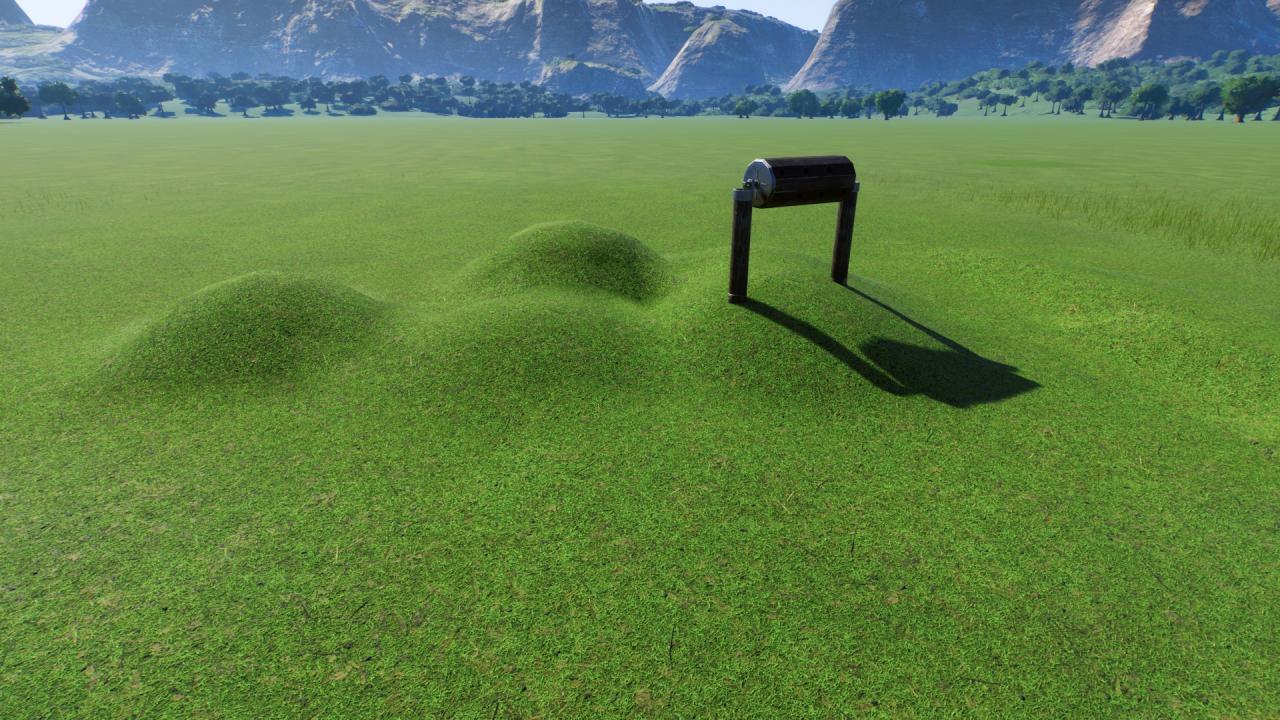 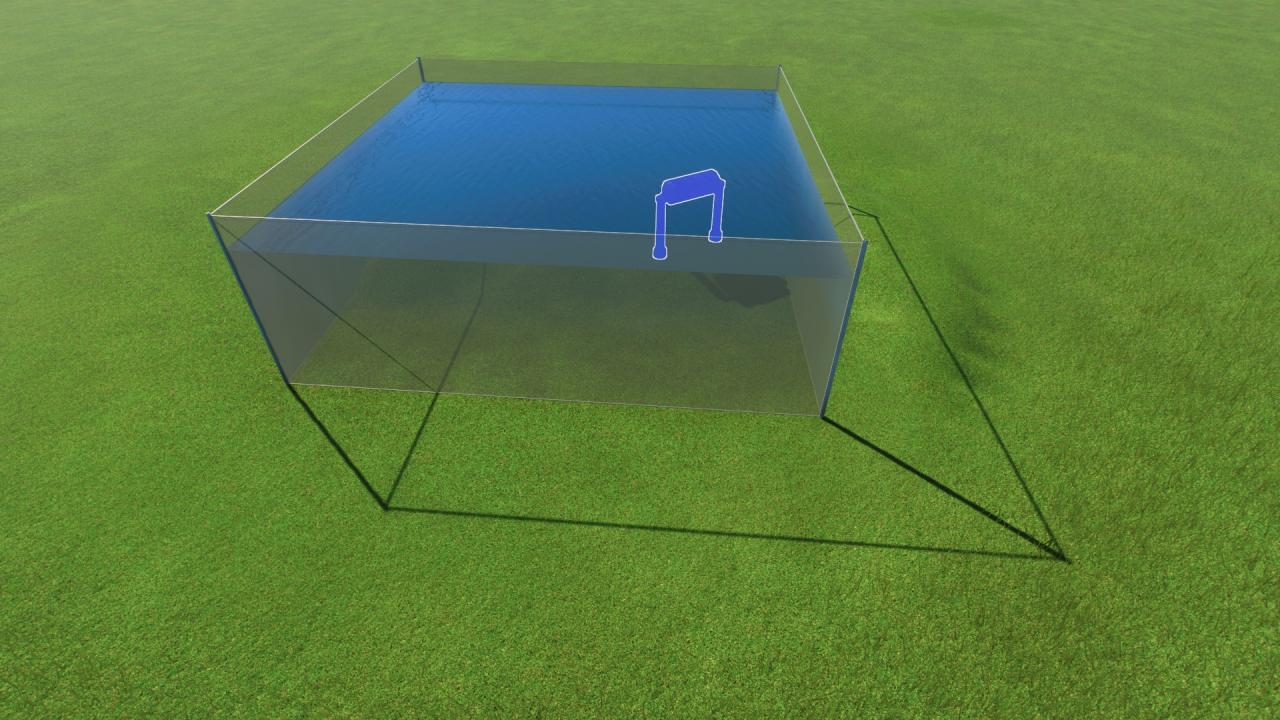 The feeder is now in place on tranversable terrain so it will be used by the animals and staff.
A habitat blueprint will save it just as any other habitat blueprint. If you have various enrichment items ( or items that change the terrain) you could temporarily make your habitat barrier glass, add water, and add all the items.
( Note: Workshop habitats may vary based on creation but that is currently the case for any Workshop habitats.)

You can make a circle path by setting the angle. If you try to add one, it will intersect.
Habitat barriers will allow path to snap to either side. The inner space can be used for pie shaped habitats (with staff facilities in the middle) or whatever else you want to do. 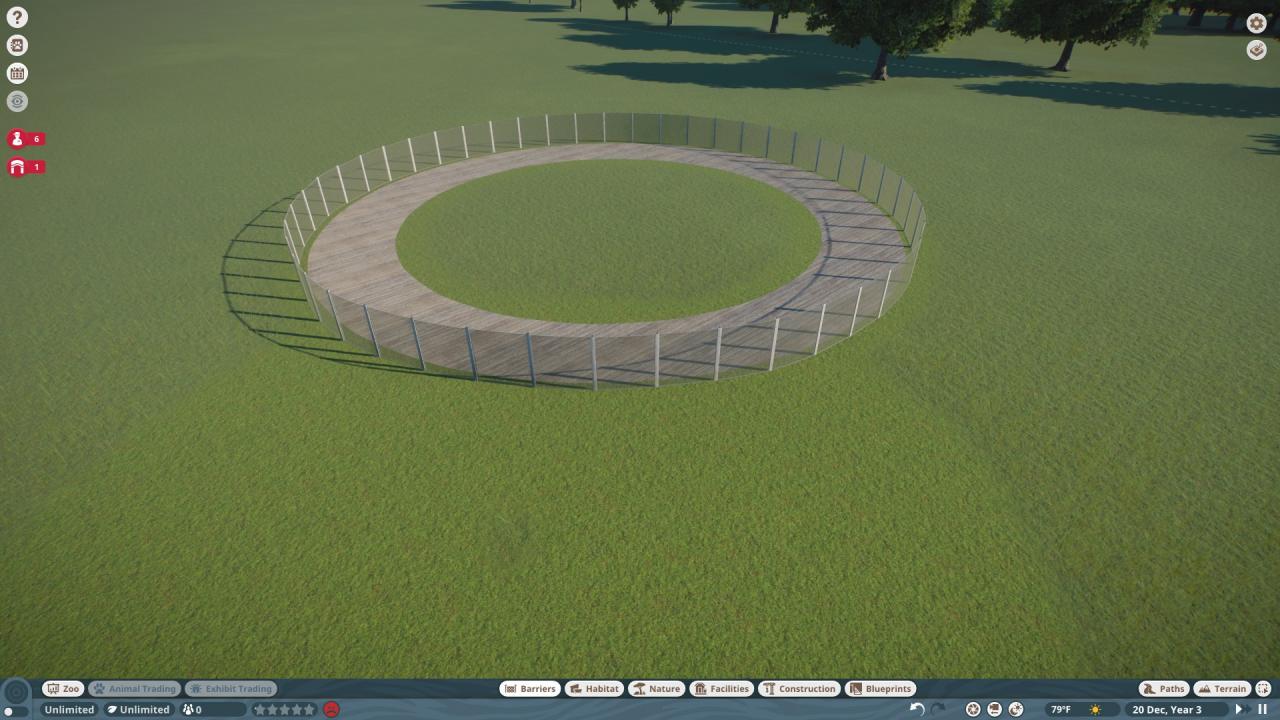 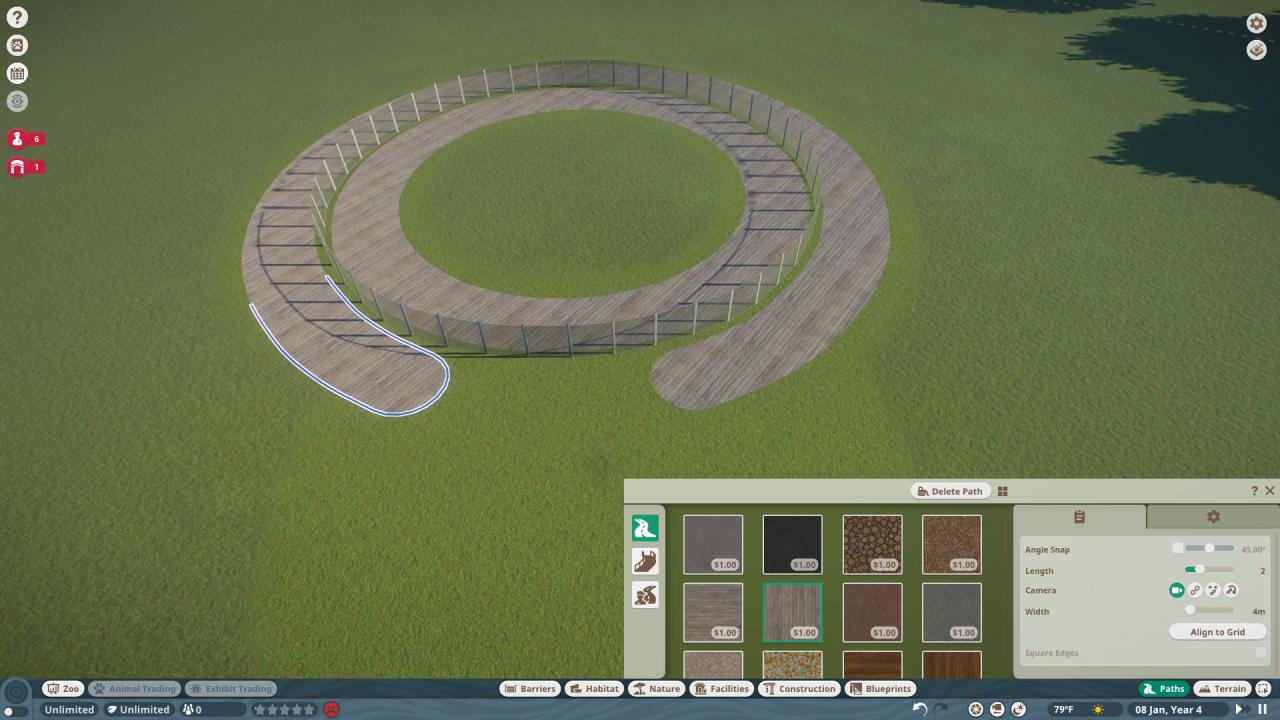 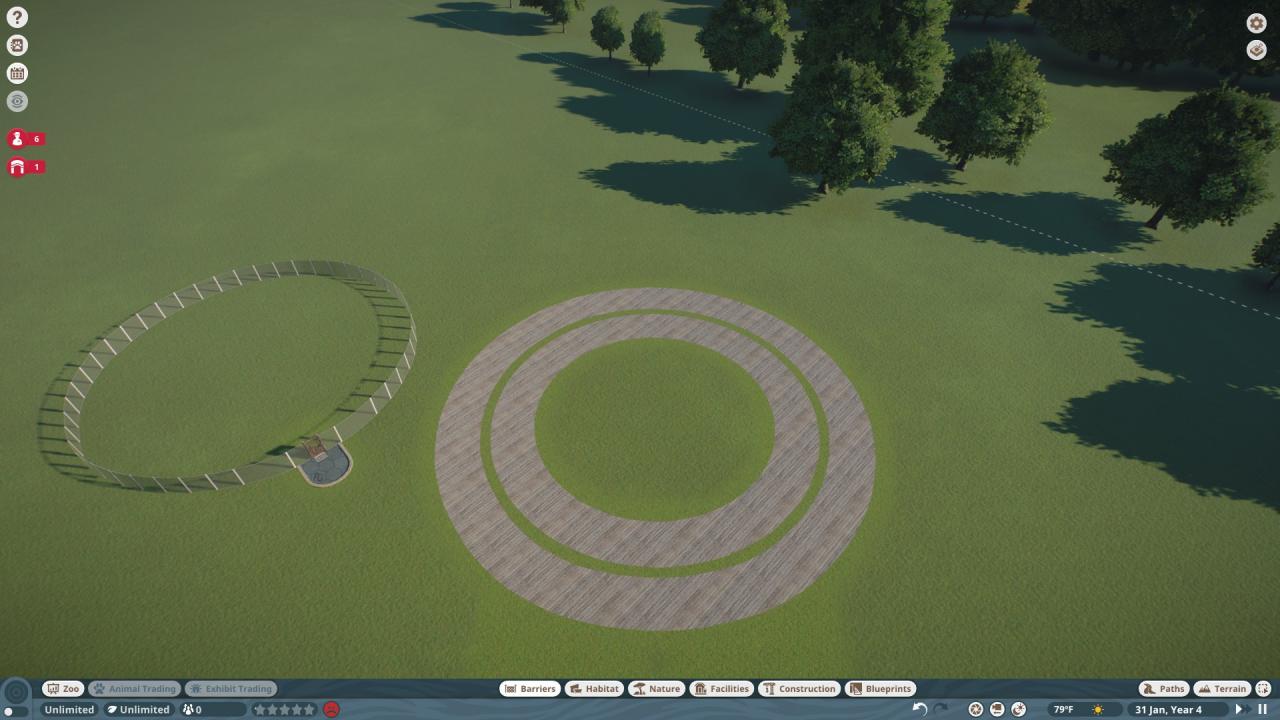 This Skeleton Key has been around since Planet Coaster. I added this as some new players may not be aware of it.
Making a staff or guest path from a que path. Place a que path, click on the entrance pillar and delete, switch to a regular path and use that to fill the gap, continue until done. A piece of staff path at the entrance prevents guests from travelling in staff areas. Various applications for this include narrow paths between habitats and restricting keepers to back access of exhibit arrays when not connected to guest paths. 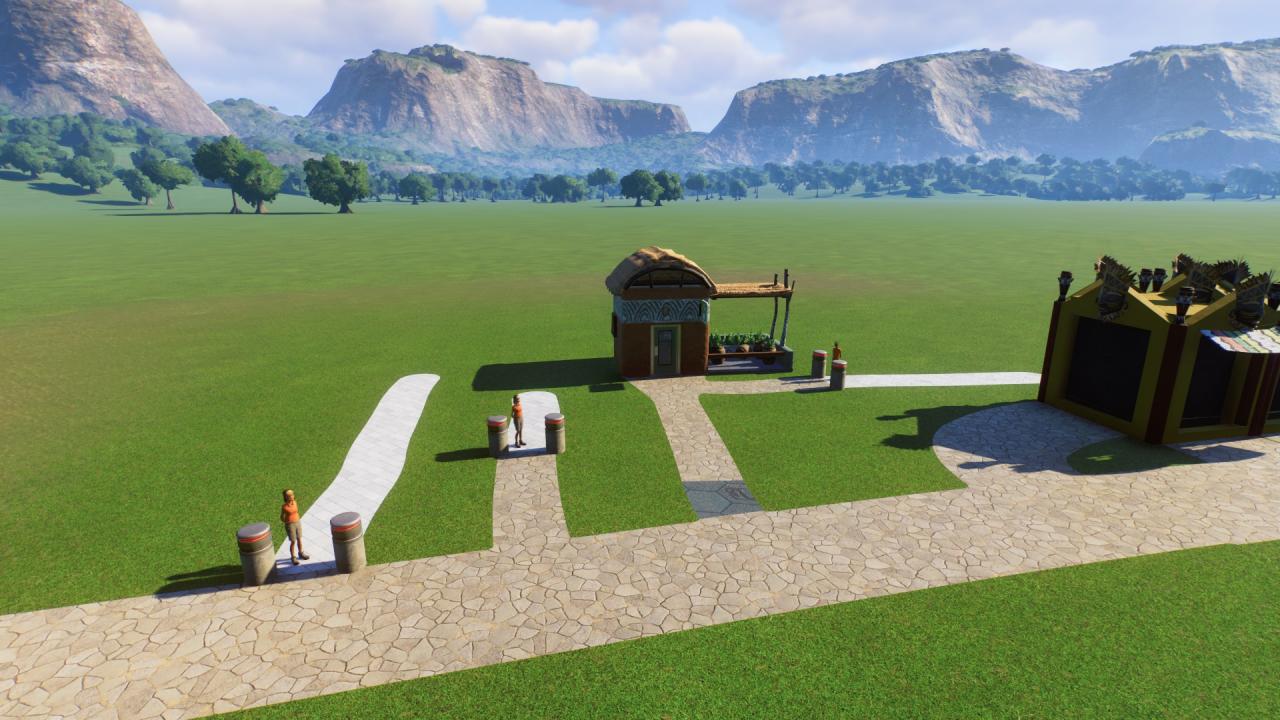 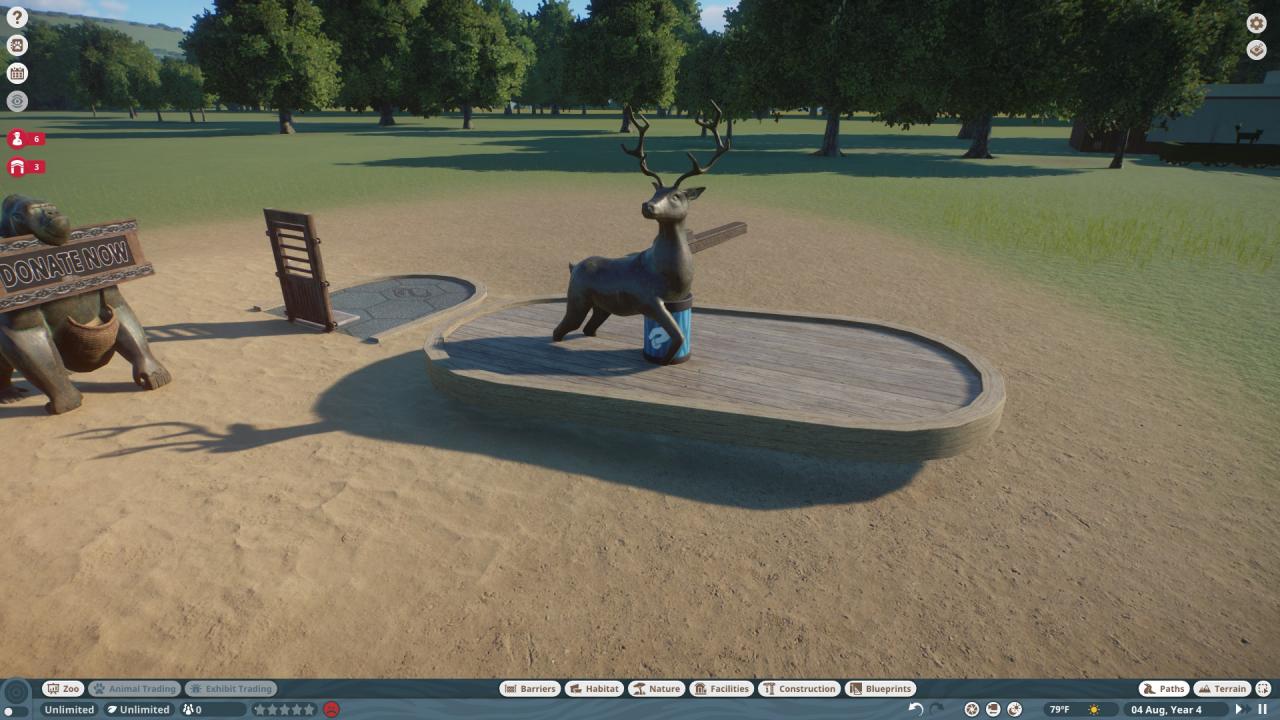 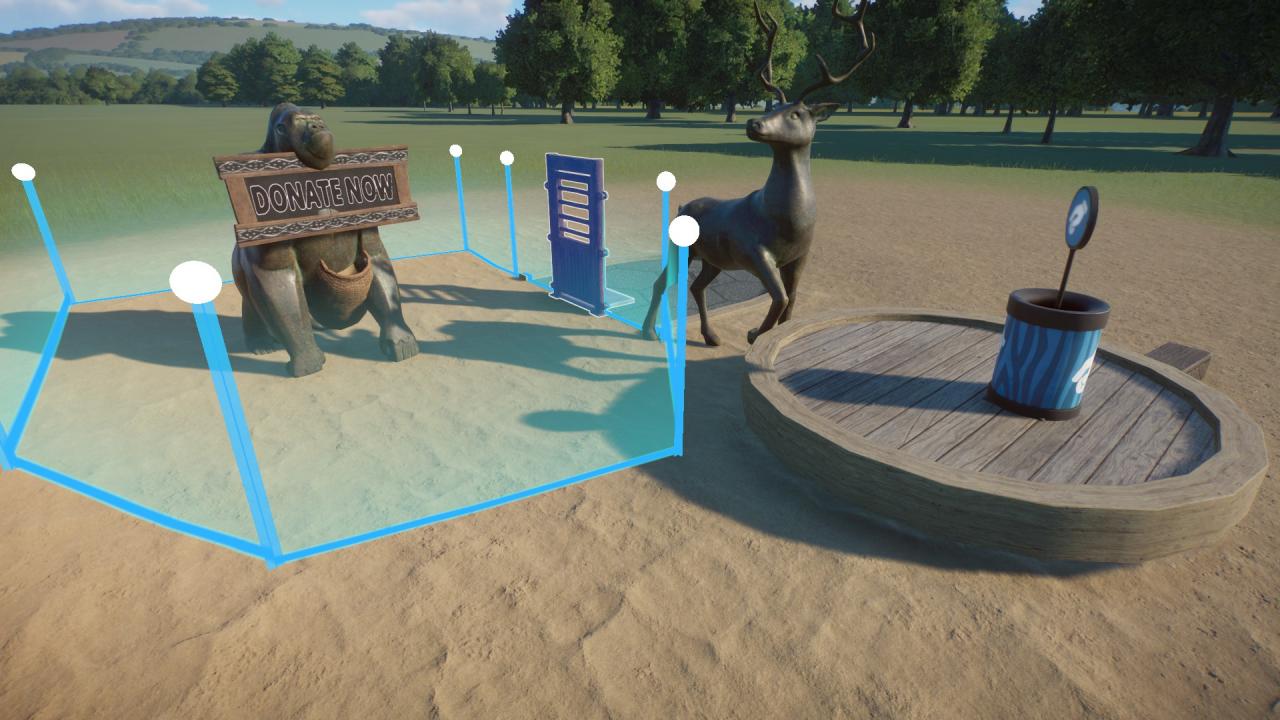 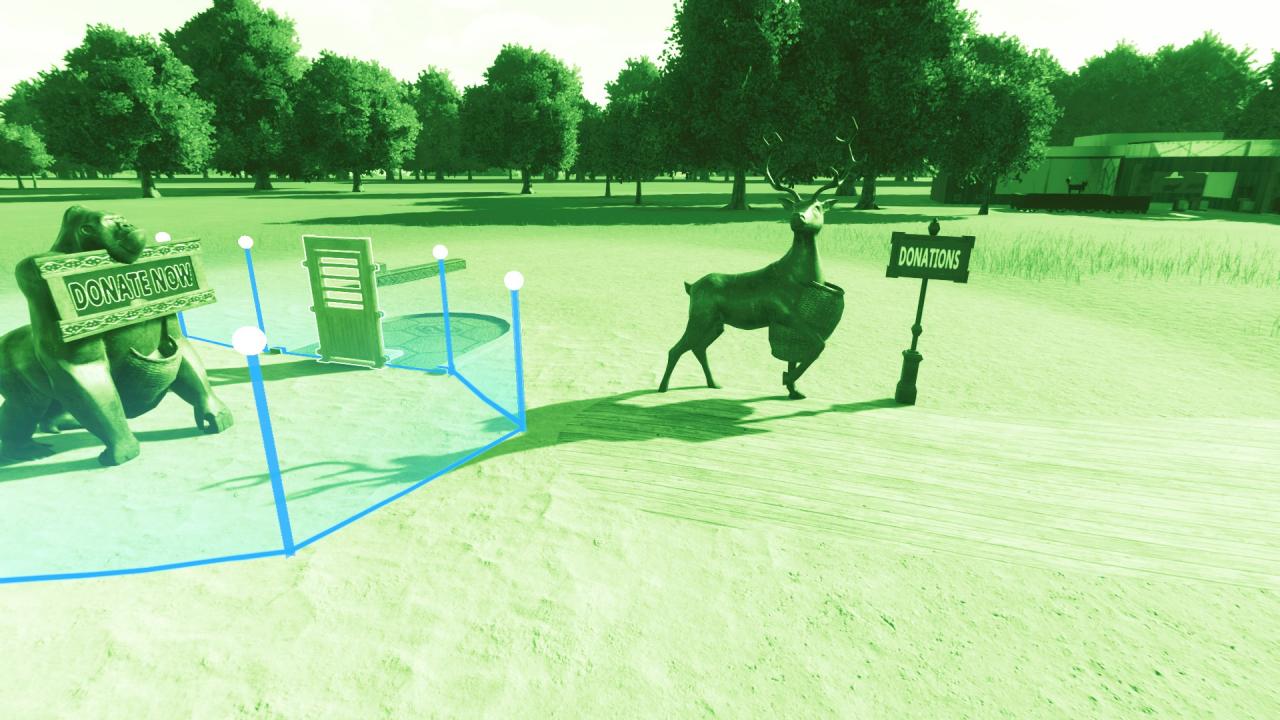 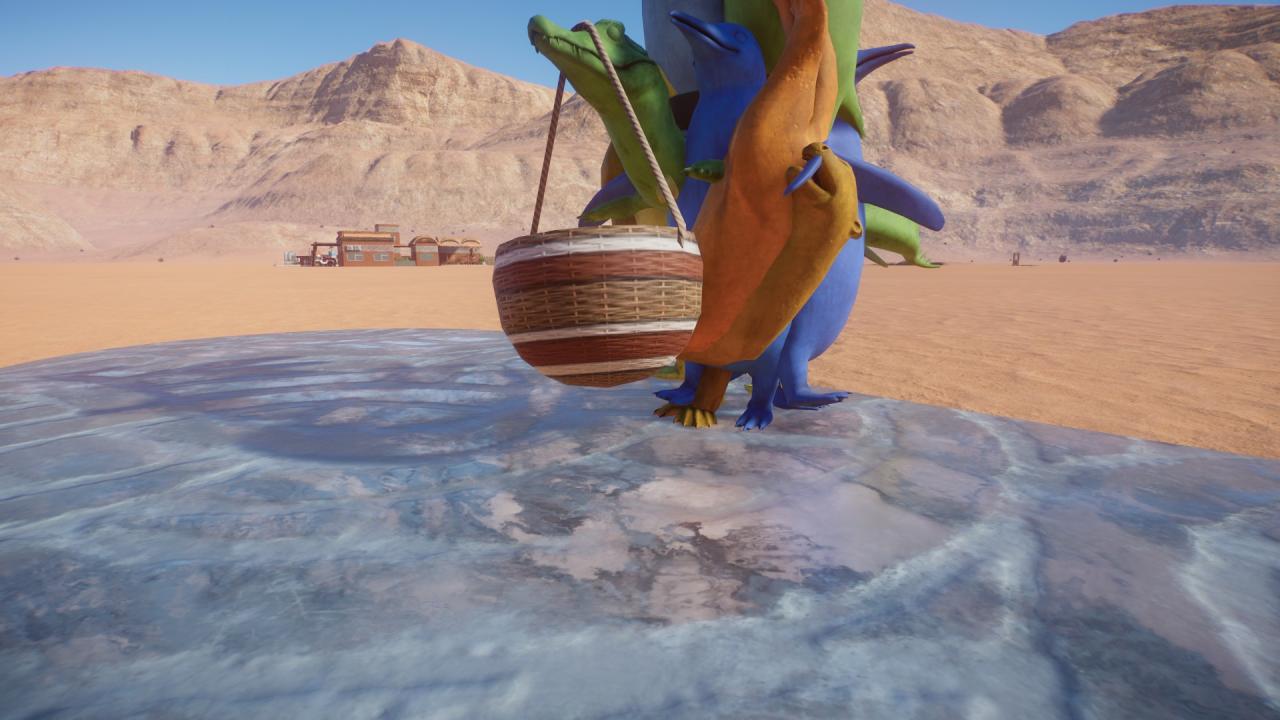 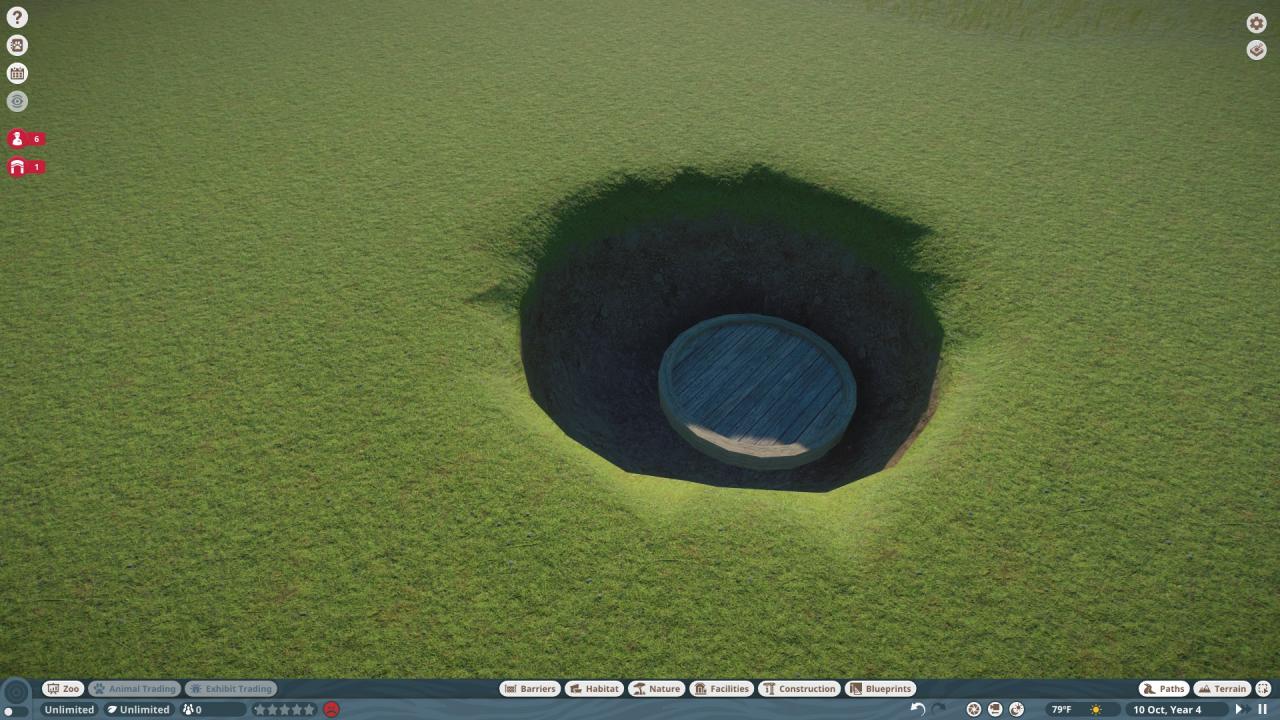 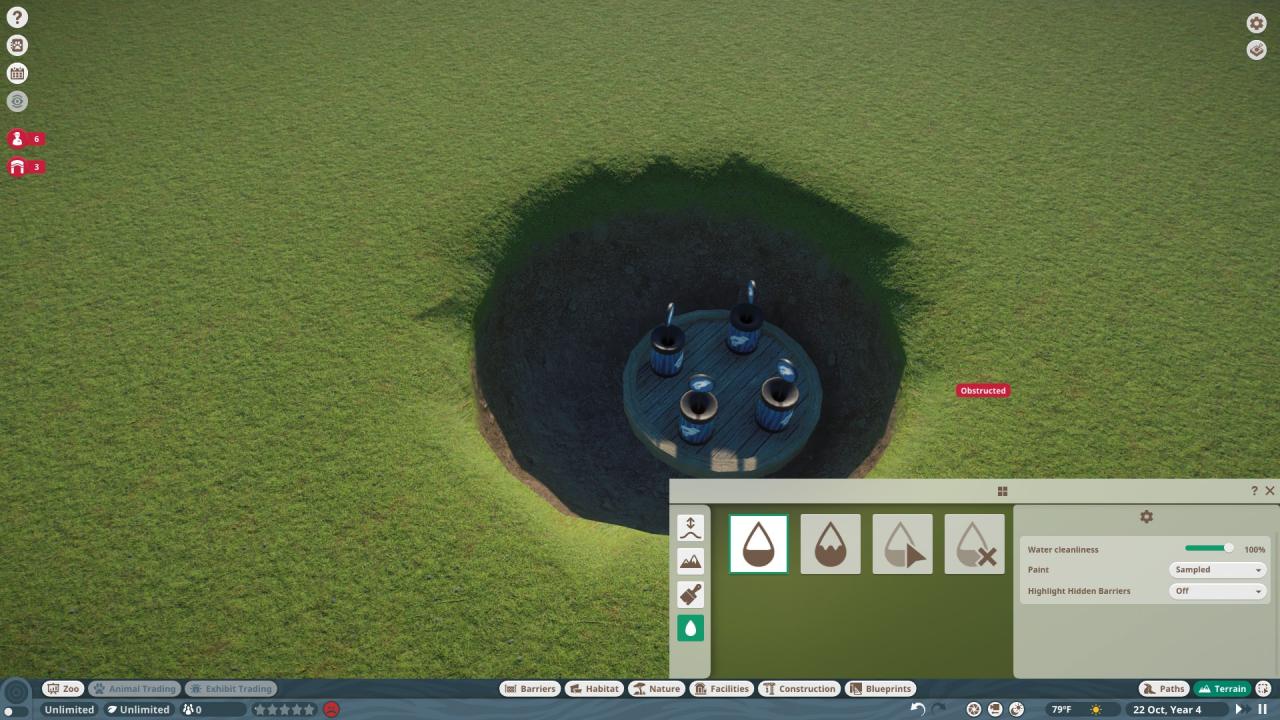 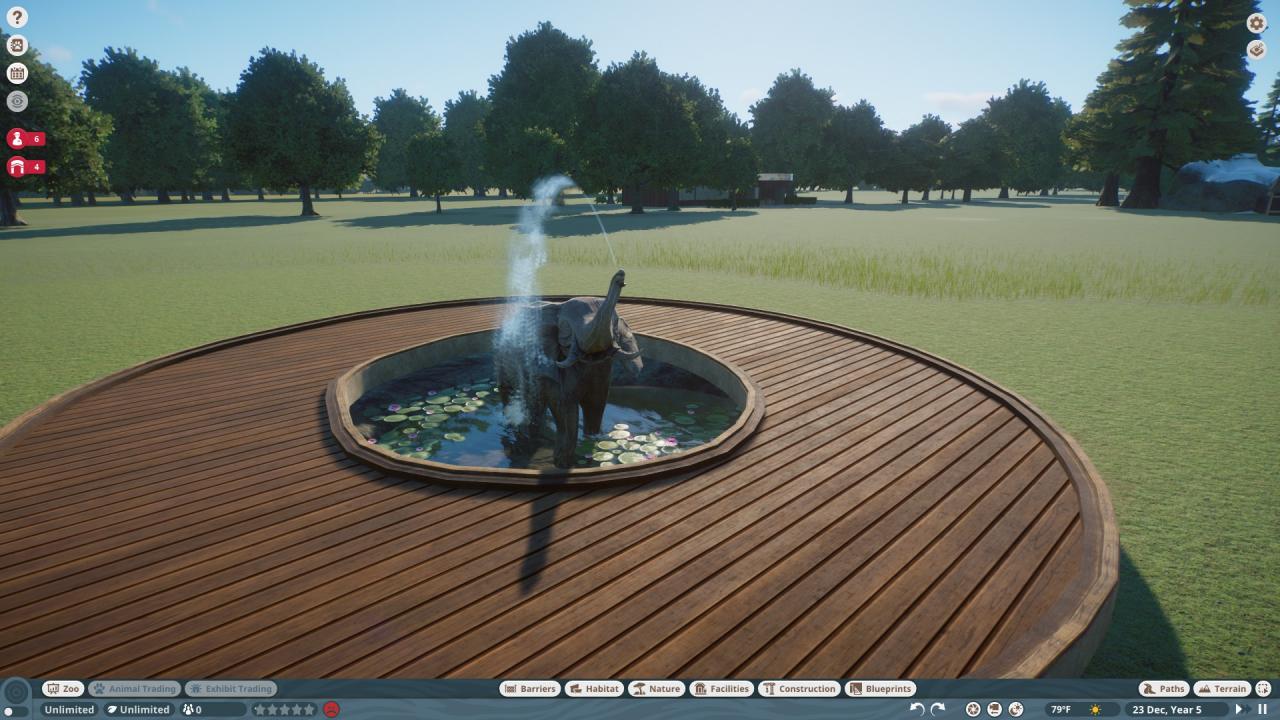 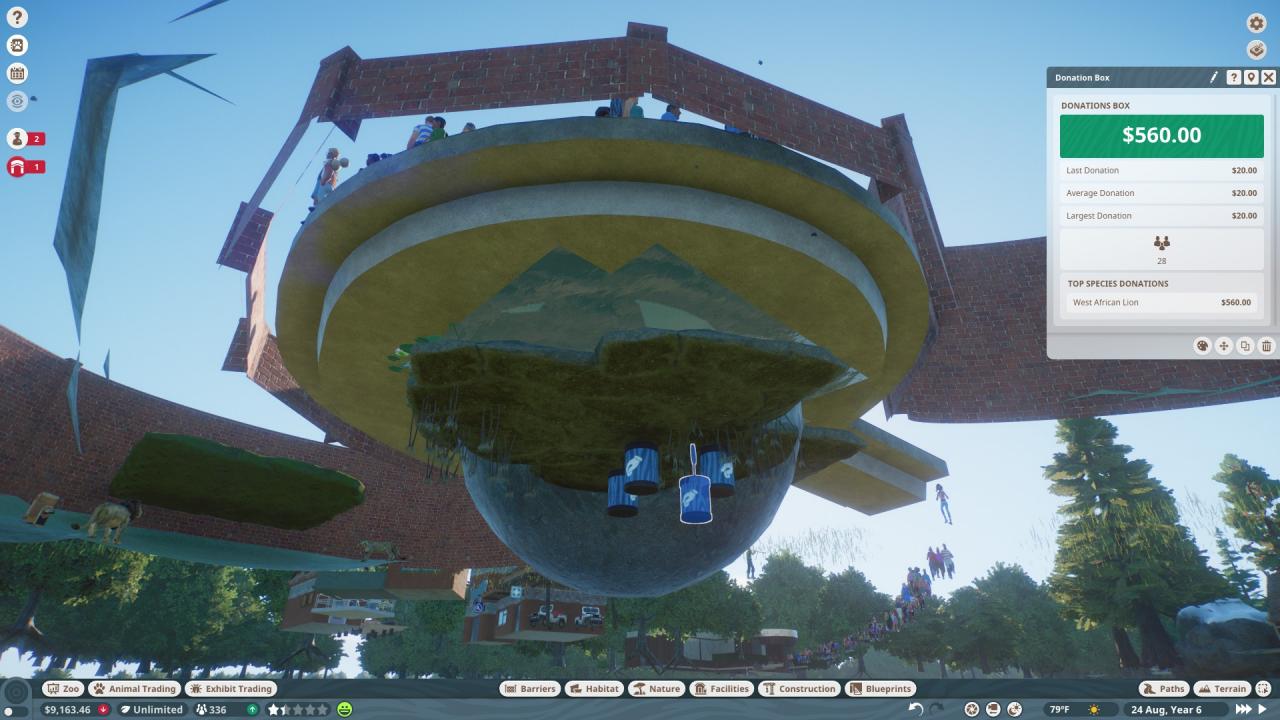 Using workshop habitat (created by Qui¬º-°)¬ – really nice building :)) as sample and then painting snow on rocks and building roof. Useful when placing habitat in non snow biome and you want touches of snow instead of blocks of snow rocks since there will not be snow on the trees and shrubs, Use the terrain stamp tool pyramid to add some terrain to roof and rocks, then, “trowel” a thin layer and paint with snow/soil. For the rocks you can just pull up a thin layer. 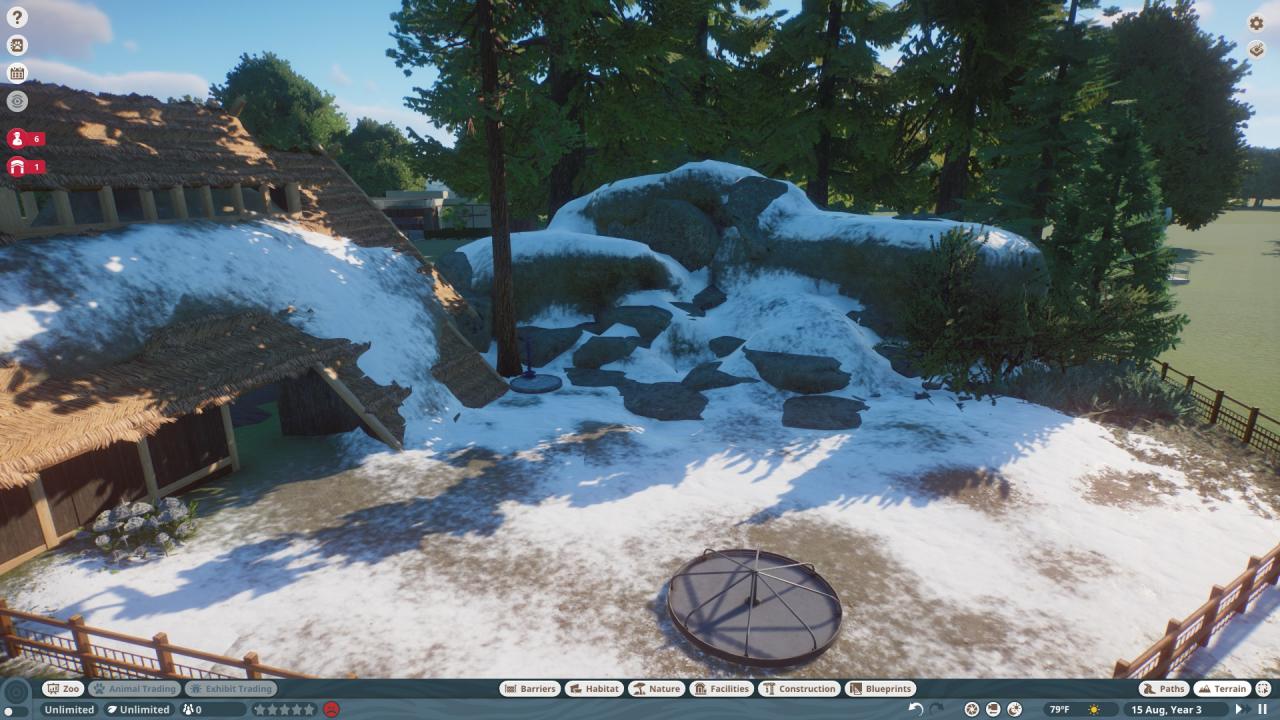 This is another one that has been around awhile. Just gives a different look and, when making the barrier non-perimeter, it will not deteriorate. Just remember non-perimeter barriers will not save in a habitat blueprint. 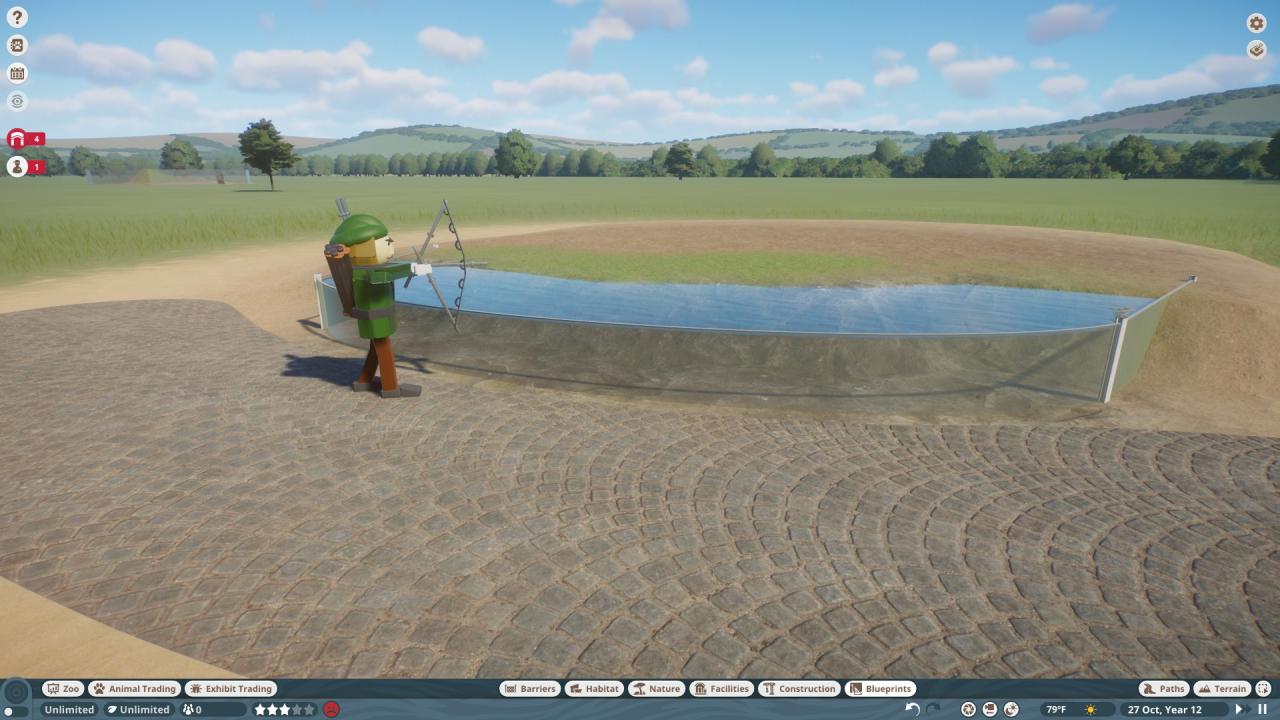 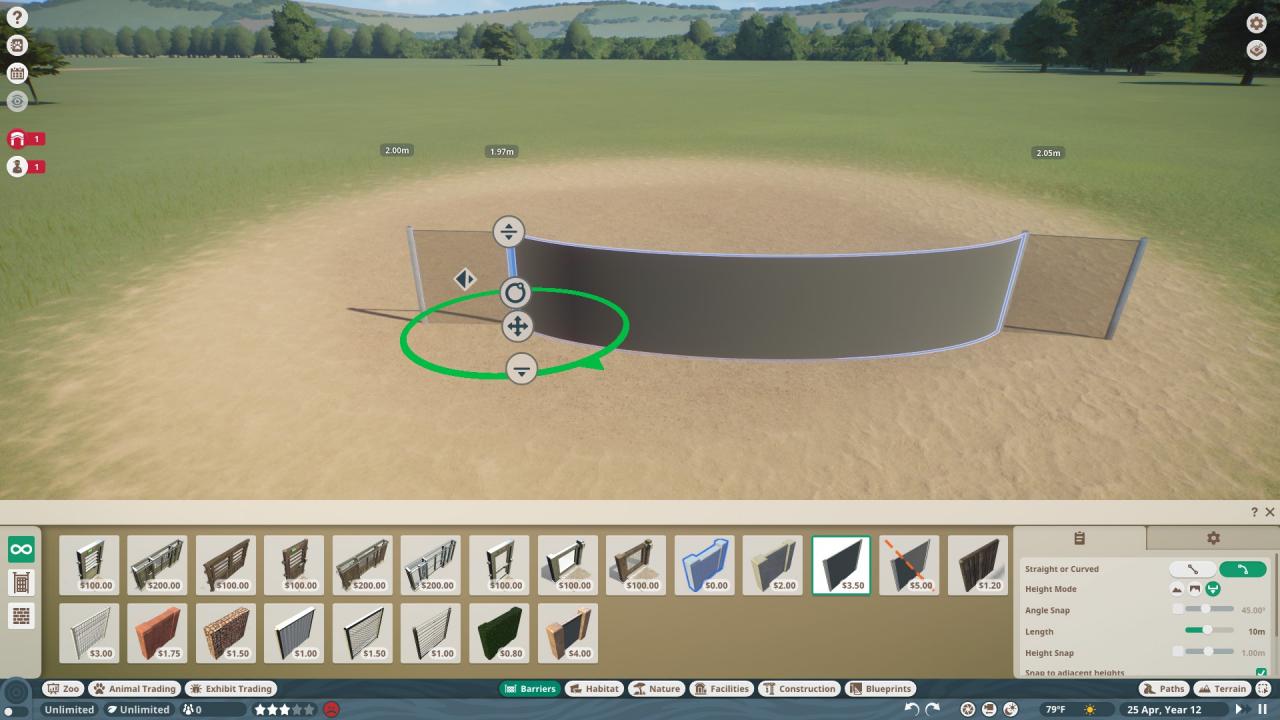 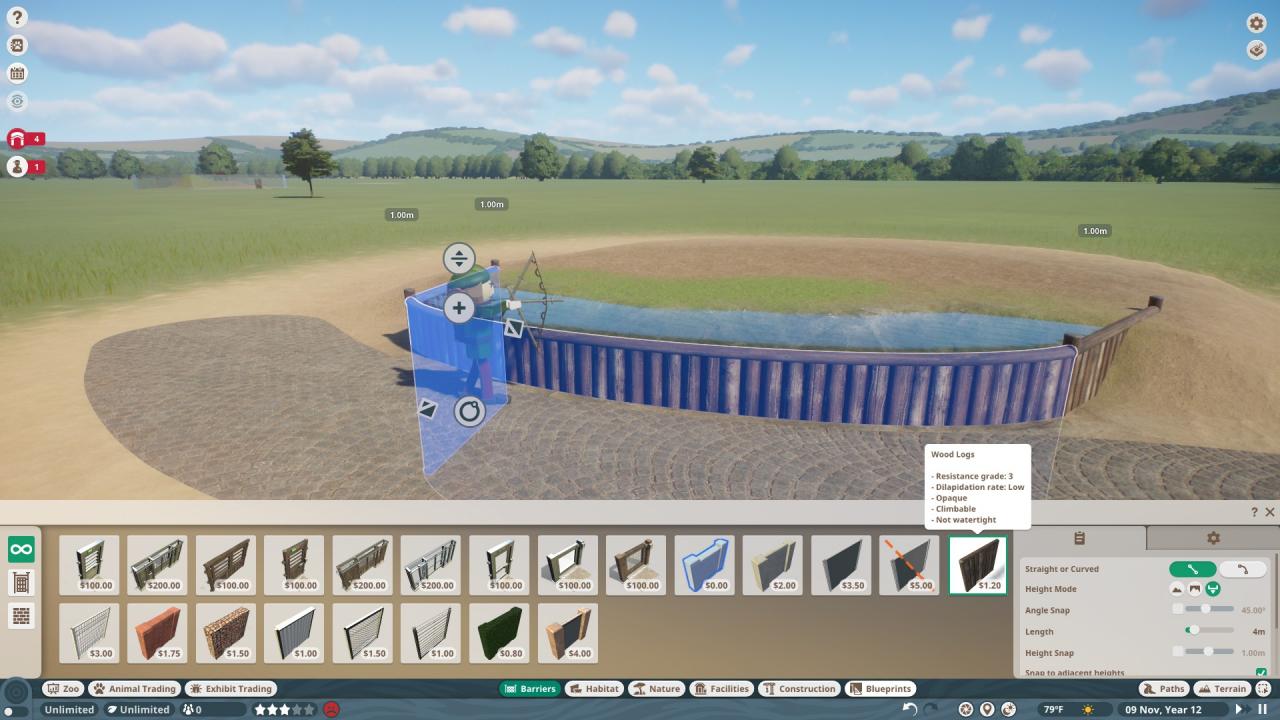 A non detailed Lemur/Asian otter habitat just to show a screenshot with samples of quick blueprint silk screening, inserted large forage without flattening terrain, start of 2 meter one way guest path to cut down on animal stress from crowds, and, blueprinted flying boats. A rock aqueduct could cover the rails and wheels. Riverboats can be used to make canals, etc. In this case, one was used to make the figure eight with two islands. While Riverboat tracks can not be raised or lowered, you can place the station on higher terrain to obtain flying boats. 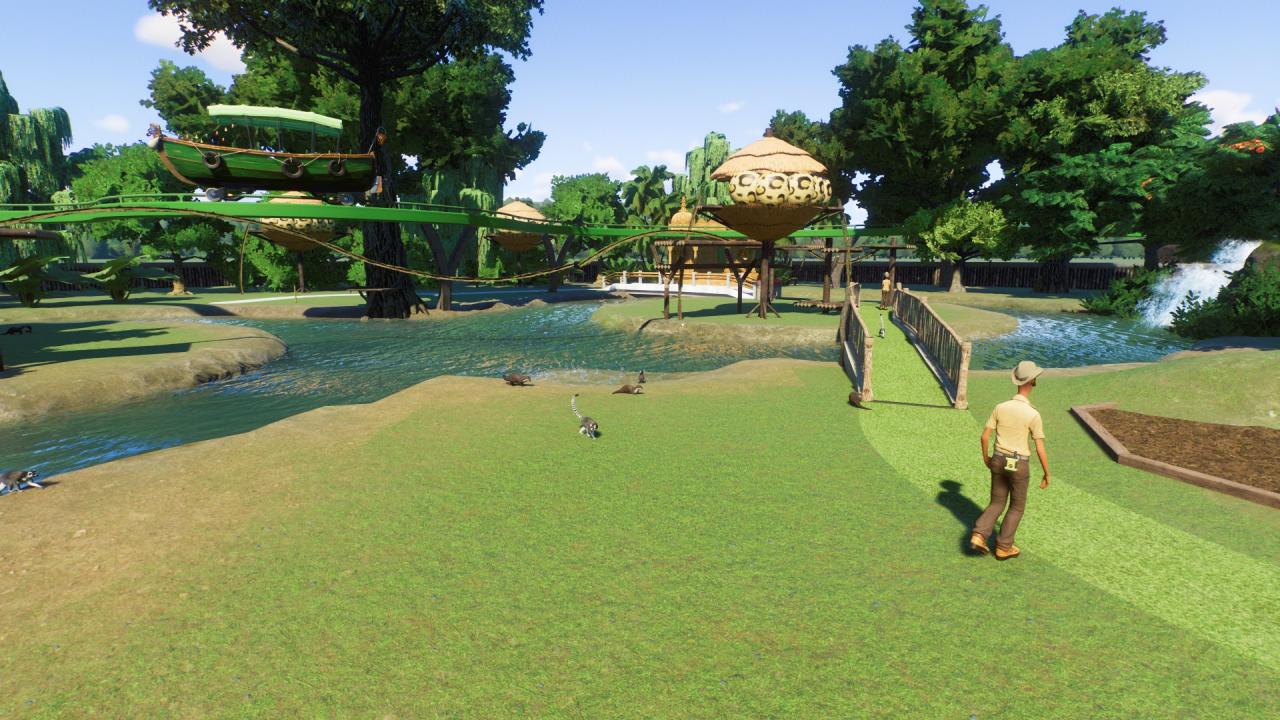