You’ll soon be able to play an updated demo of Revival: Recolonization; today, we want to share a few tips and tricks that will help you conquer your foes.

Beginning of the game

At the beginning of that game, you’ll need to choose a clan to lead. After that, you can build cities, form your army, and study sciences and edicts. Protecting and assimilating various clans will allow you to expand your territory, grow your army with hired warriors, and most importantly, form your own faction with social and cultural values.

Each of the clans in Revival: Recolonization will belong to one of five different Peoples, each predisposed to living in one of the climates of the planet: cold, cool, temperate, warm, and hot. The culture, politics, special weapons, buildings, and sciences of your culture will depend on the chosen People. 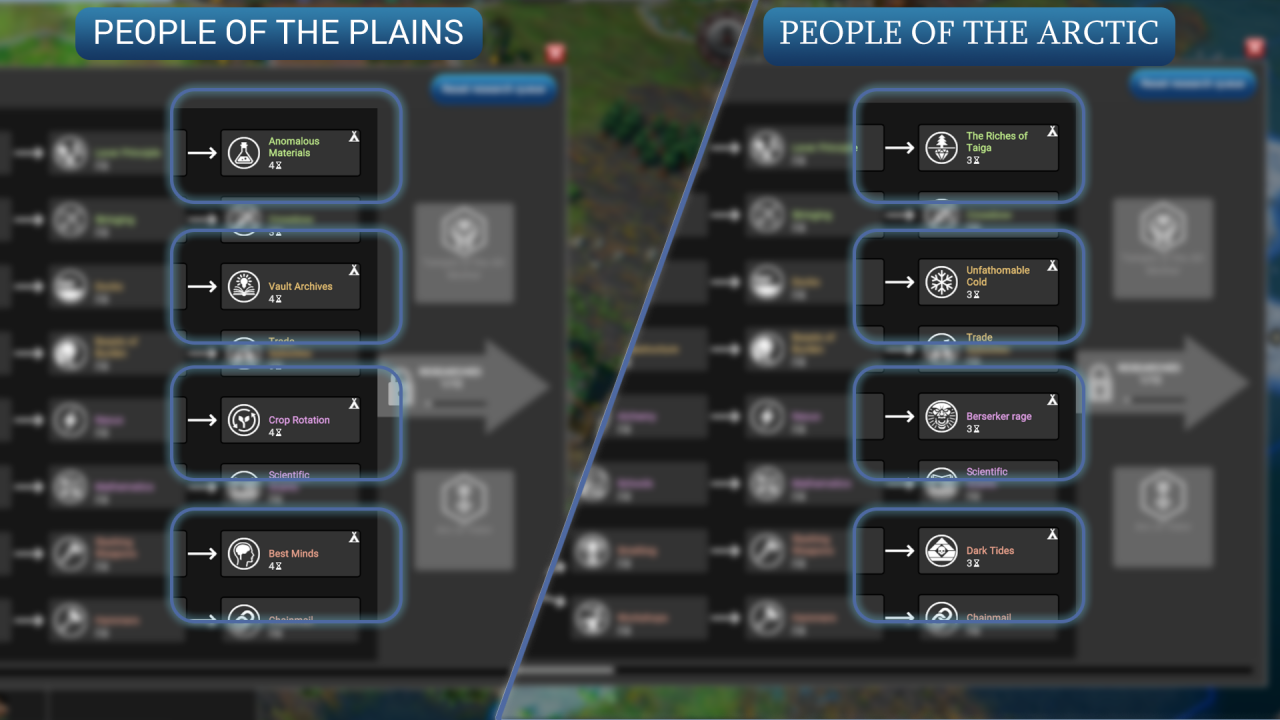 For example, the People of the savannah with the folk trait of Fire Worshippers will have sciences that are directly related to their culture of fire, brute force, and ruthless exploitation. While the People of the plains – descendants of the pampered metropolis dwellers of the past – will demonstrate their penchant for knowledge, history, and high standards of living and warfare.

In addition to the folk trait, each clan will have three traits that define their cultural and social composition. For example, there are Pacifists, Merchants, and Sailor Descendants. These properties will directly affect your relationship with your neighbors. The Lawmen will never tolorate the Thieves or Murders traits, while Farmers and Philosophers do not want to live next to Savages.

There are also penalties associated with each of the traits. People with the Fire Worshippers trait dream of dying in a fire – they will charge into battle and pour a flammable mixture of themselves, dying instantly in the flames. The Children of the Vault trait includes a debuff that makes the People weaker on the battlefield – they aren’t as battle-hardened as their counterparts who live in harsher climates. 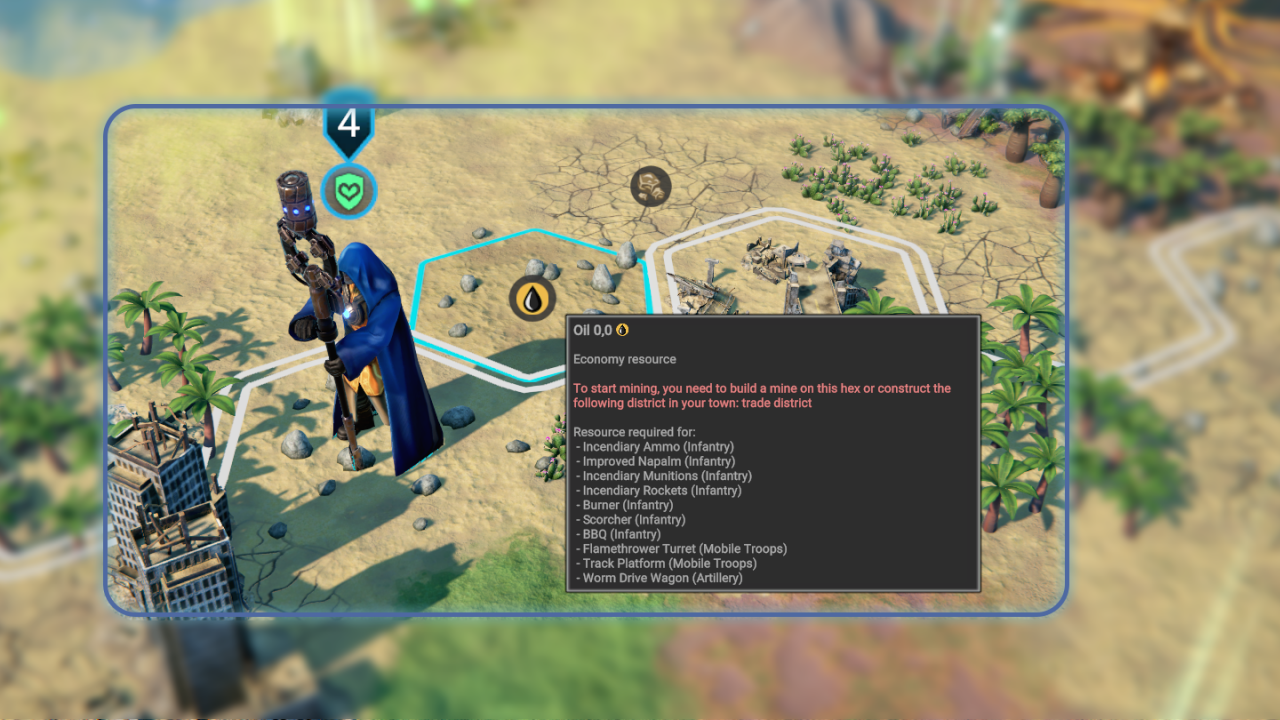 It’s important to explore the region of your clan. You need to figure out the best location for building a city, where the hexes have an abundance of resources, and if there are any ruins. Afterall, you don’t want to go to battle with your best weapons being sticks and stores. You can explore the region with a Recon Drone or your Emissary.

At the beginning of the game, you should focus on the climate in the region of your first city. It’s best to avoid climates that are too far away from your faction’s home climate – unless they have the Survivors trait – and any hexes that are electrified, or contaminated by radiation or poison. You can clear hexes with edicts, but it may take time to learn the right edict, and you will need enough energy to do so.

Climate will also greatly affect your military and economic strategy. Your home climate is much easier to fight in and will regenerate the health of warriors and elephants. Free clans will be grateful if you change their region’s climate to that of their home, but we don’t recommend making other climate-based changes. 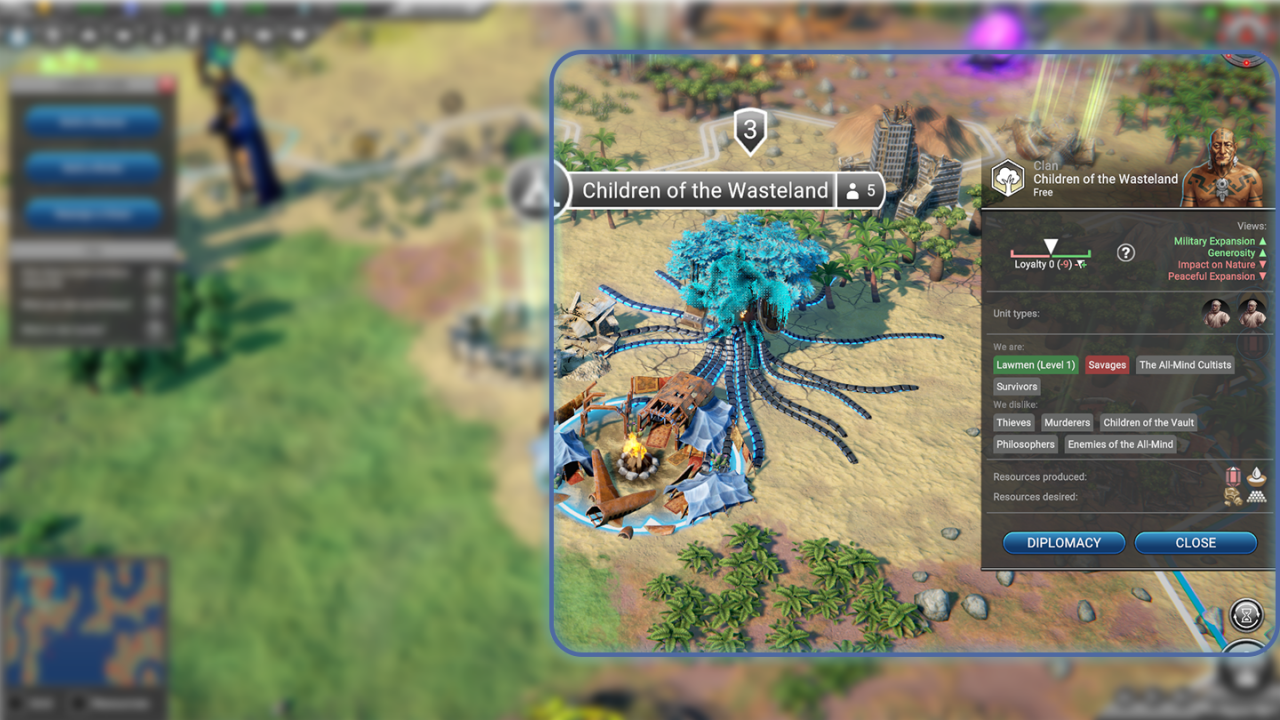 Take a closer look at the clans in your neighborhood, especially the clans of your people. Apart from shared and incompatible traits, with your faction, each clan has two positive and two negative traits. Depending on your actions, these might affect their attitude towards your faction.

A clan may approve or disapprove of you bringing gifts, attacking them first, or killing mutants. Your behavior and actions within these worldviews will determine the clan’s loyalty toward you.

Oaths are solemn promises that your faction can make to any clan to quickly establish relations. The Oaths must be honored, or you will pay a penalty and lose the loyalty of the tribe you made the promise to. 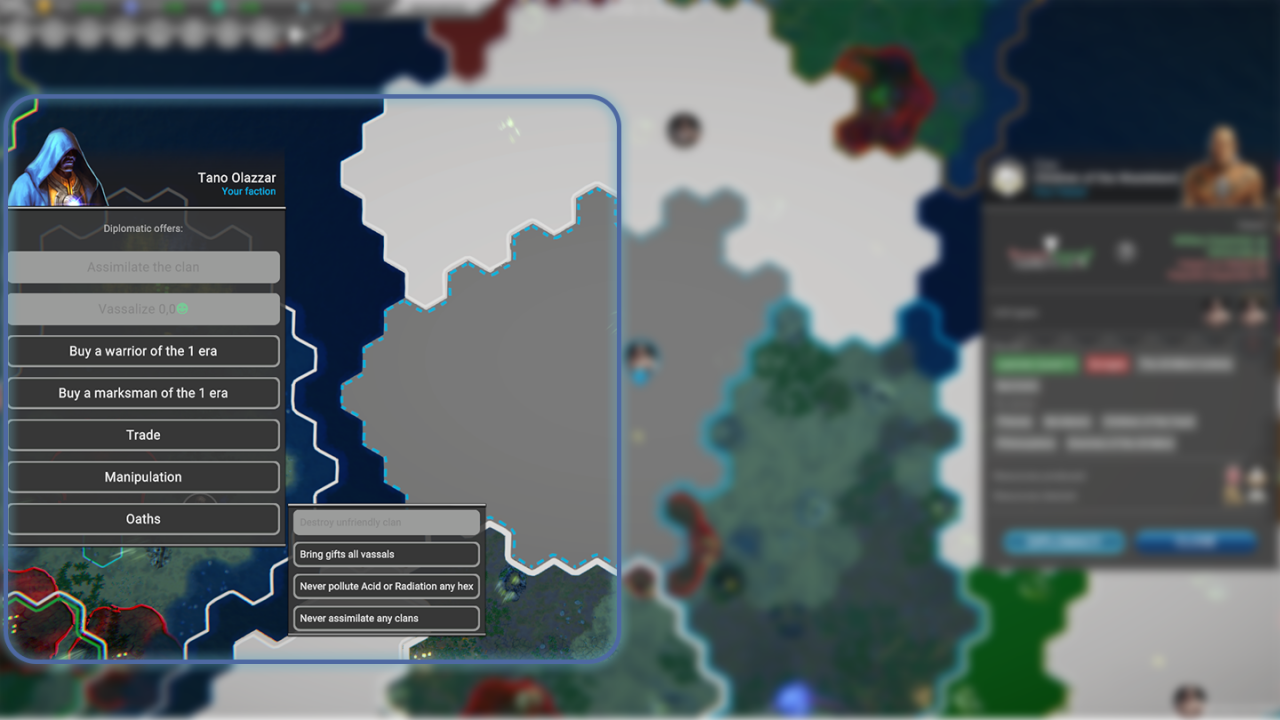 And don’t forget to assimilate clans! Accumulating the right amount of Prosperity for a clan that treats you favorably will make you their vassal. After increasing their Loyalty to 50, you can assimilate them, which allows your faction to occupy the clan’s region and inherit one of their traits.

If the assimilated clan belongs to the same People as your faction, you’ll also increase the level of your faction’s People trait, which will unlock new equipment or bonuses for your people.

If there aren’t any clans around, you can also play against another faction leader of your people and defeat them to improve your folk trait by the number of levels that your opponent achieved.