How to get the achievement Mehmet the Conqueror in Civ V.

Mehmet the Conqueror requires you capture Istanbul in the Into The Renaissance scenario as The Turks on Deity difficulty.

In this scenario you exploit the significant buff to naval unit movement and embarkation.
In addition you take advantage of The Turks’ Barbary Corsairs to amass a colossal navy.

Unlock Honor and Warrior Code for a free Great General and a boost to building melee units.
Unlock Commerce.

Build/buy a second catapult and send it south, along with another couple of swordsman.

Capture Mecca first then return your army north to either liberate and/or capture Jerusalem.

Buy a settler and send it south to settle the Red Sea like so: 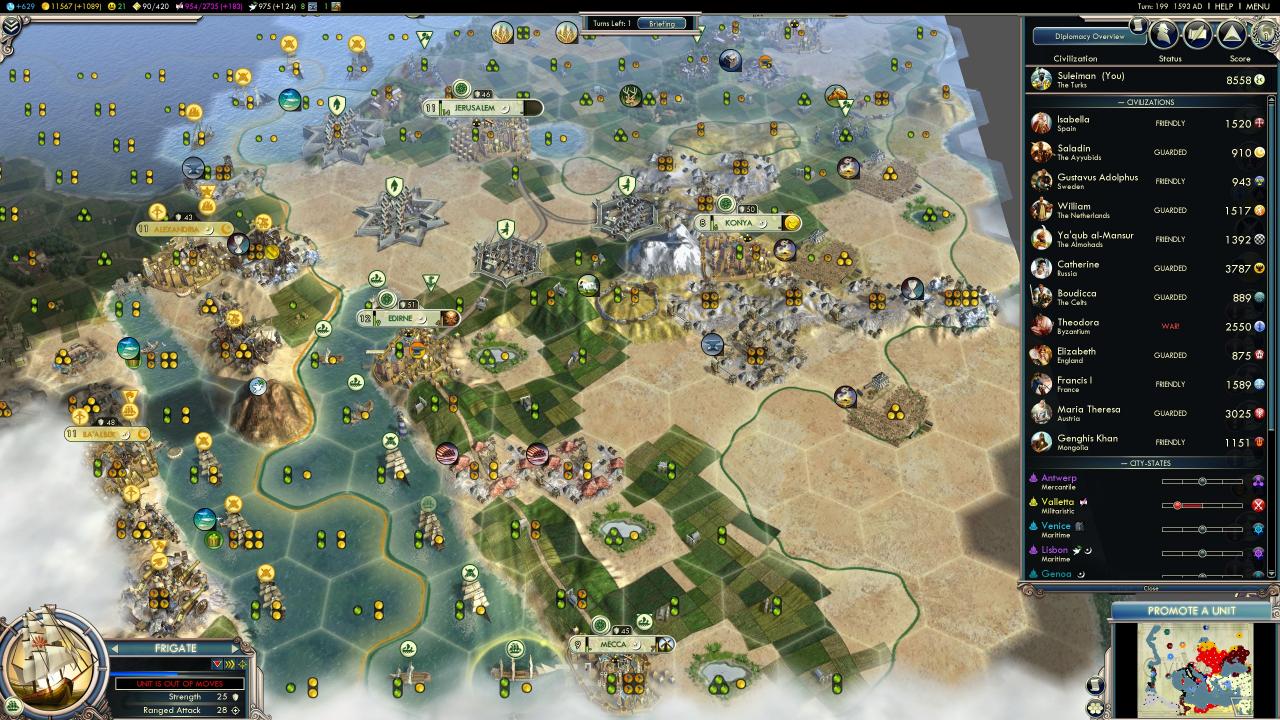 Use your Great Generals to place citadels as above.

Meanwhile from your cap build a few scouts to explore.

It is essential two things happen in the first act of the game:

If neither of these things happen then re-roll. (The map resources are randomised so you may well get a different outcome, as the AI will try to settle where resources are).

Build National College (and Heroic Epic) in your cap.

Unlock Commerce and Mercantilism. This gives you a discount to purchase units including settlers.

Your goal is to secure the Arab and Turk peninsulas and the Eastern Med.
Avoid any confrontations past Sicily and Tunisia.

Use The Turks’ Barbary Corsairs to capture as many “Prize Ships” (Dromons) as possible with your triremes.

With Navigation upgrade your navy and take out Constantinople. (Aka Istanbul).

Once Constantinople is captured, the rest of her cities on the peninsula are cordoned off. Use your unique Janissary & Sipahi to consolidate Turkey.

Use your navy to secure the Black Sea and if you get the opportunity, coastal North Africa too. Sell those cities to allies.