This guide will show the locations of all of the game’s biomes on multiple maps of the different map layers.

Credit to Subnautica Wiki and subnauticamap.io for the maps. I’ve edited the maps from these sites so make sure to go check them out. 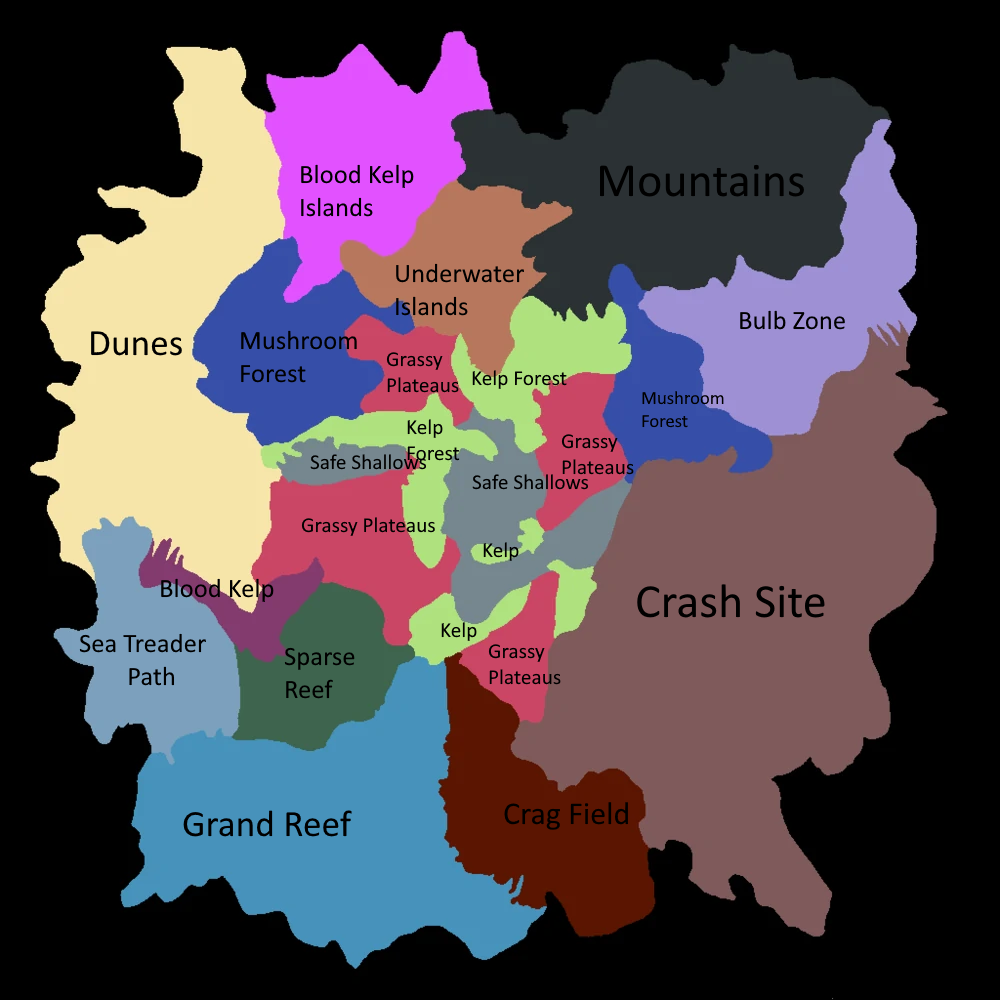 This is the map of Subnautica’s surface biomes. Be extremely cautious in Dunes, Blood Kelp Islands, Mountains, Bulb Zone, Crash Site, and Grand Reef. Beyond these biomes is the Dead Zone, an empty biome with only 3 Void Ghost Leviathans waiting to attack. Avoid this biome at all costs, there is nothing interesting there.
Islands (Above Water) 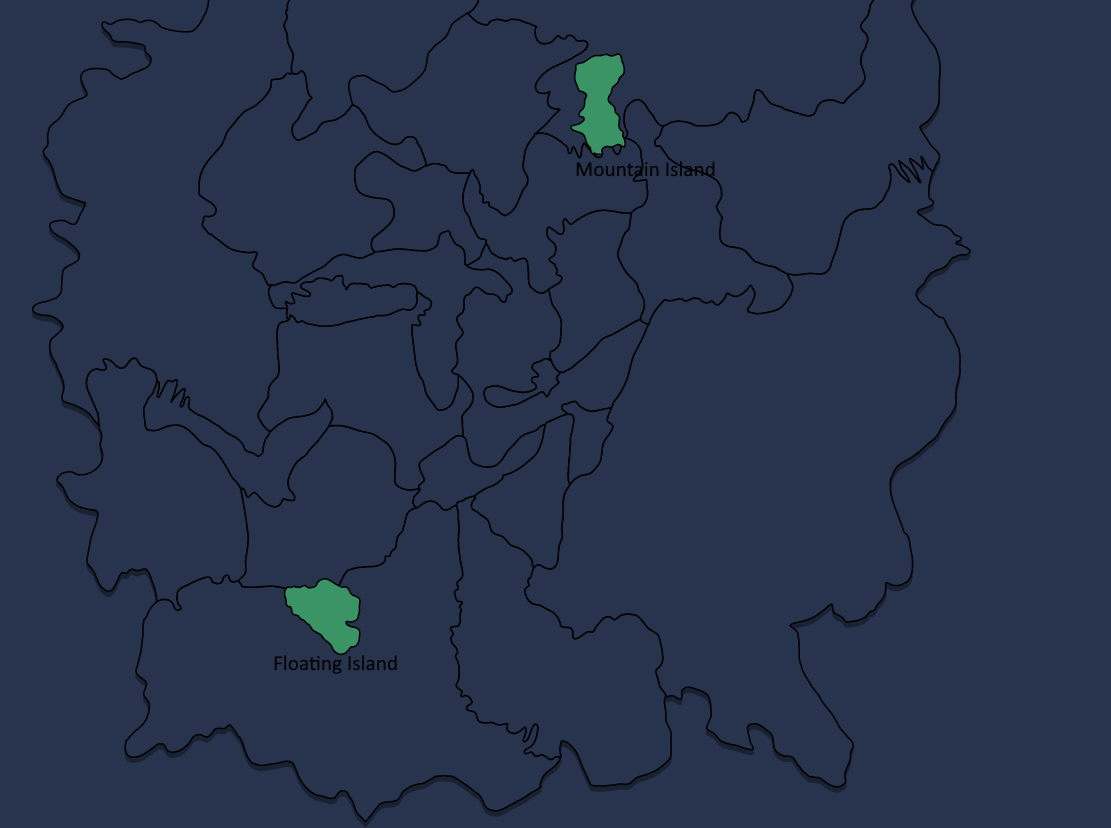 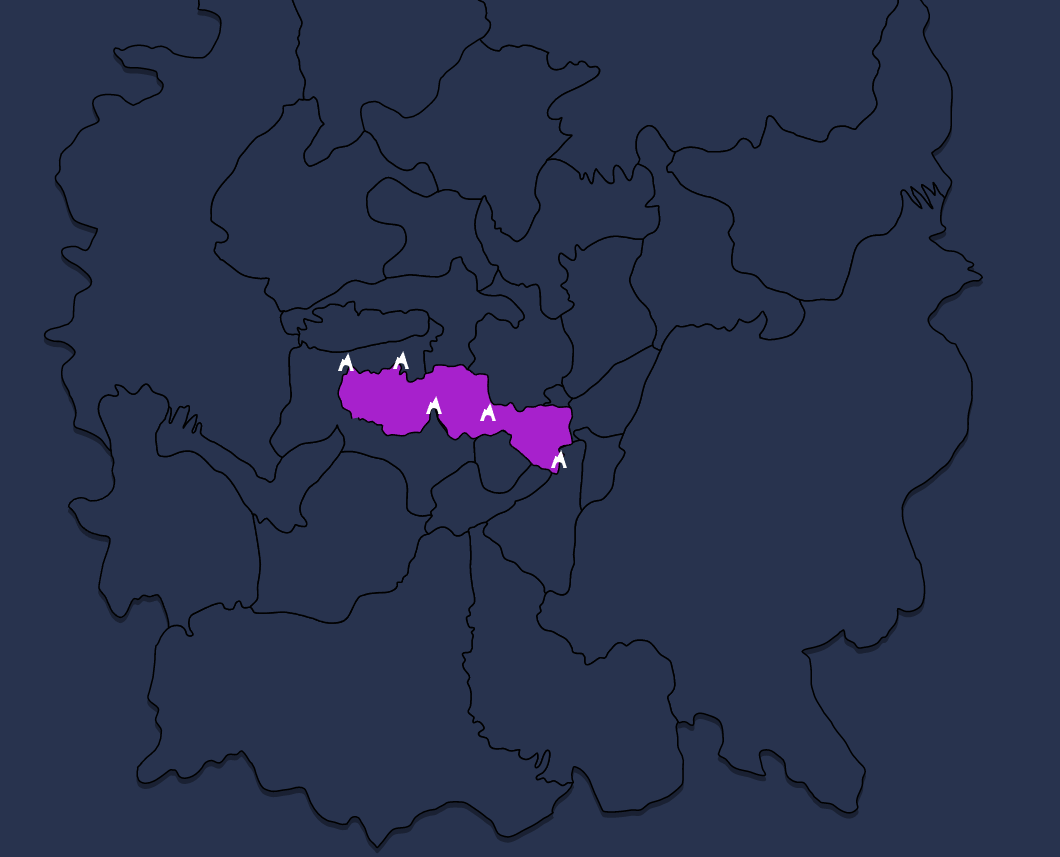 The Jellyshroom Caves are an eerie cave system filled with Crabsnakes and purple glowing Jellyshrooms. A Seamoth Depth Module MK1 is recommended for exploration.
Lost River 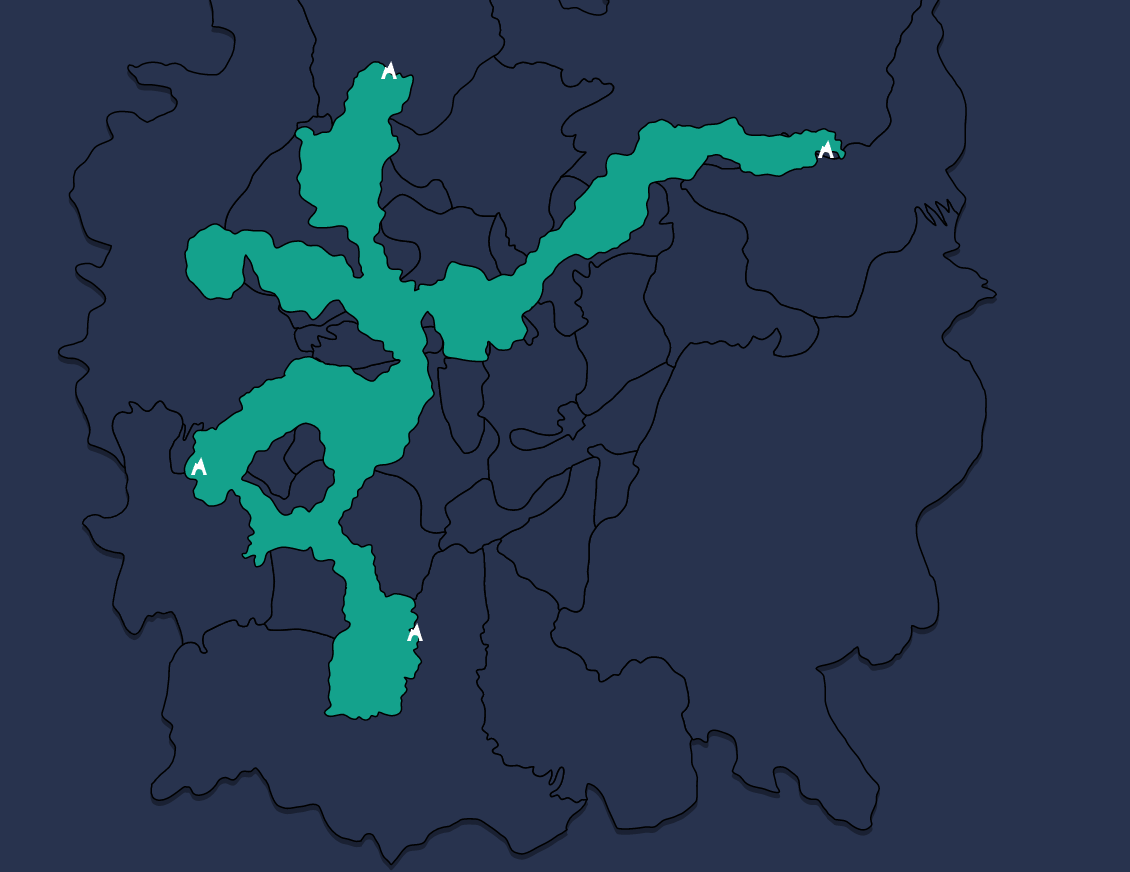 The Lost River is a huge cave system filled with ancient fossils. Entrances can be found in some of the most dangerous places. Such as the Blood Kelp Islands and Grand Reef. Be very careful down here, there are 3 Ghost Leviathan Juveniles as well as some predators found only in the Lost River.
Inactive Lava Zone 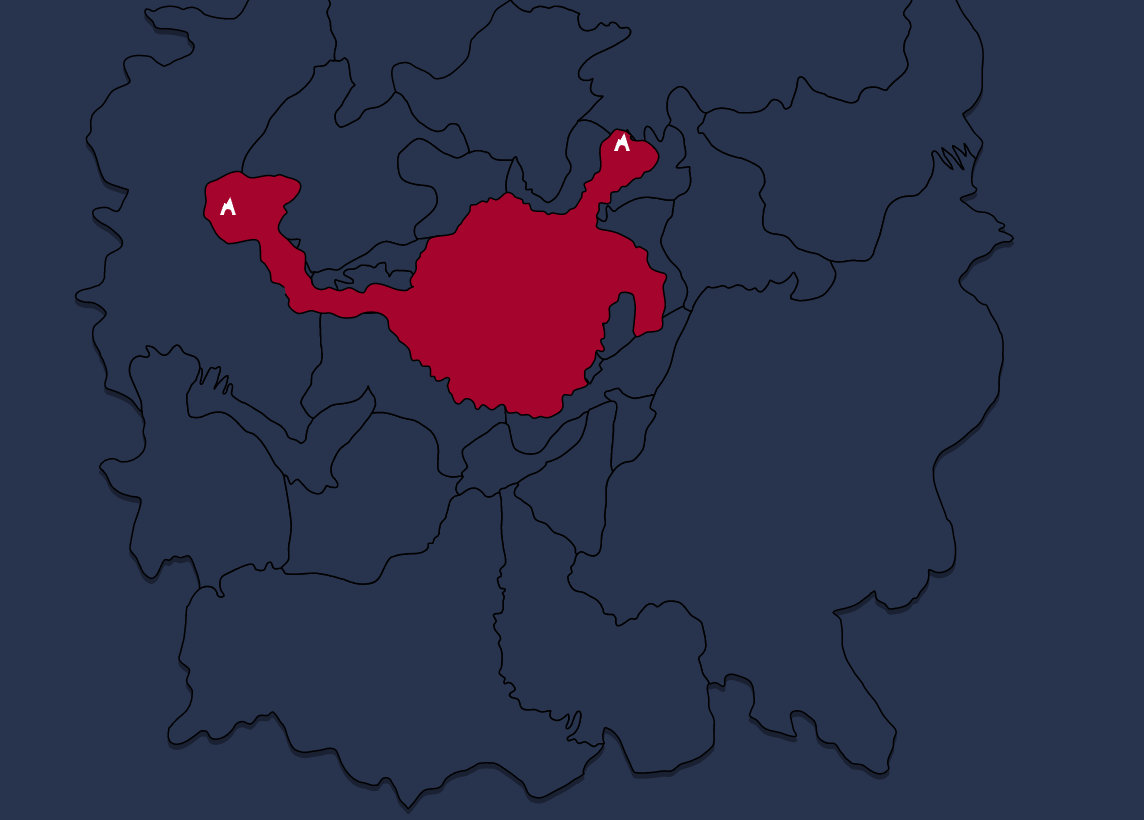 The Inactive Lava Zone is located underneath the Lost River. It goes 1300 meters deep at most and contains 2 Sea Dragon Leviathans. Be careful here, but don’t get scared away as you can find precious kyanite crystals down here.
Active Lava Zone 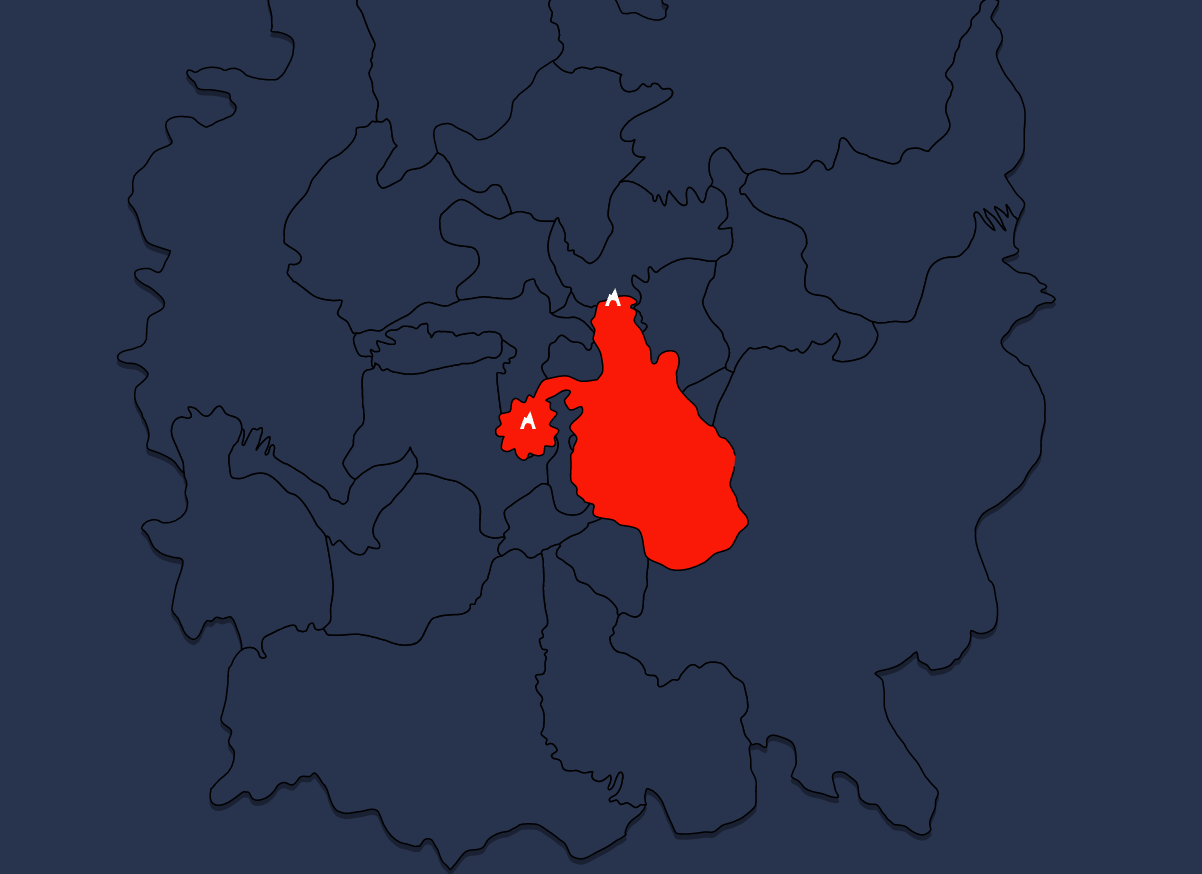 The Active Lava Zone is the deepest biome in the game found underneath the Inactive Lava Zone.. It has 1 Sea Dragon Leviathan but is even more dangerous then the Inactive version. It has much more Kyanite, but still be extremely careful here.
By Diamondbull66