Learn how to change or translate game texts, change subtitles or add entirely new text languages to the game.

Learn how to change in game texts and how to mod entirely new languages or translations into the game.

Would you like to help with the official translations?
A lot of the languages in Will You Snail have been translated by community translators. Are there any languages missing? Did you spot any mistakes?

You’re more than welcome to apply to our community translator team on Discord: https://discord.gg/G3mRDrK

In this guide you’ll also learn how to do it by yourself, though.

How to Find Translation Files

First of all you need to find where the language files are located.
The short answer is: <install directory>/WILL YOU SNAIL LOCA/
If you don’t know where that is, there is a relatively easy way to find them:

1) Right click on the game in your library and select properties. 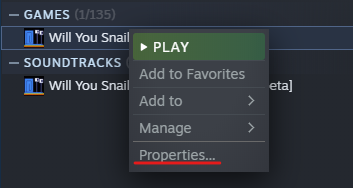 2) Click on the local files tab, then on browse.

3) From here open the folder called “WILL YOU SNAIL LOCA”. Here you can find all of the localization files the game uses. 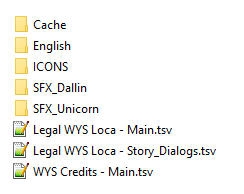 Two important files are right here in this folder:

From now on I’ll refer to these as loca files (localization files).

Another very important directory is <install directory>/WILL YOU SNAIL LOCA/Cache: 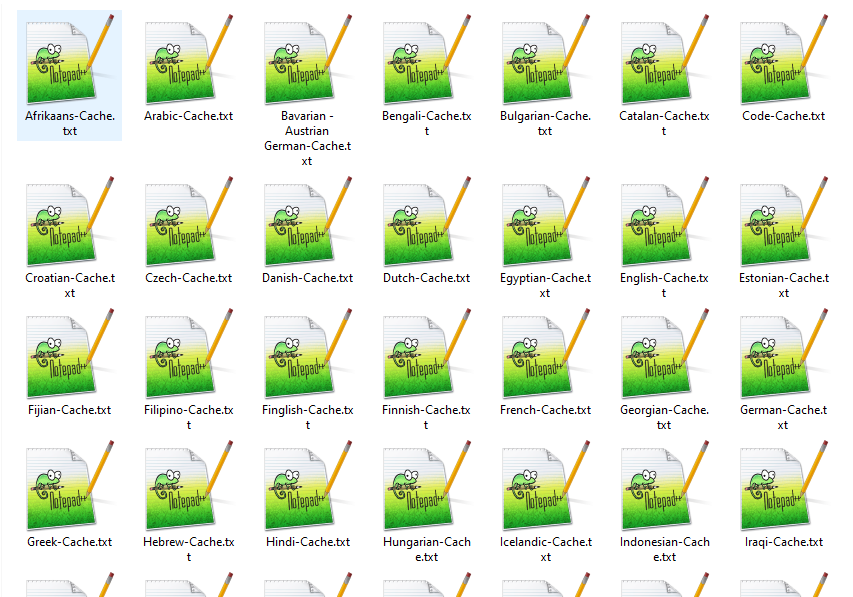 From now on I’ll refer to the files in this directory as cache files.

Note: Be warned that you’ll obviously expose yourself to spoilers by opening any of these files!

First of all let’s open the files up and understand what each of them does.
Loca Files

You can open the loca files in pretty much any text editor you like. If you do that, the content looks a bit weird, though. This is the beginning of “Legal WYS Loca – Main.tsv”:

The file is in .tsv format which stands for tab seperated values. That means it’s actually a spreadsheet and every tab marks the beginning of a new cell.

That’s why it makes a lot more sense to open the files in the spreadsheet software of your choice. Some software might mess up the characters of certain languages a bit so if you want to be on the safe side, you can just import the file into Google Sheets. I tested that and it seems to work. 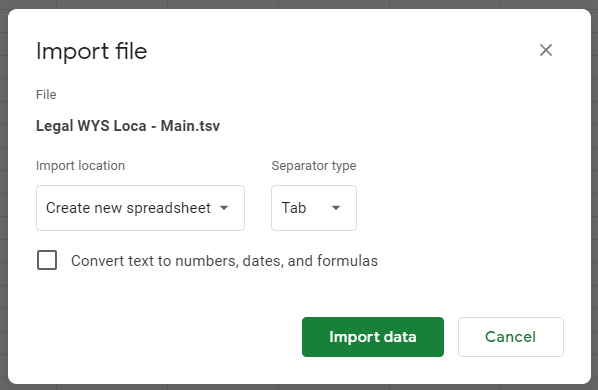 If you see something similar to this, you were successful:

Now add some colors if you want, freeze the first two rows and the first four columns and it’ll look a lot better already. This is entirely optional, but it’s just more fun to work with:

Column A: Contains keywords that are used by the game to identify which translation to use. These should always stay unchanged. Don’t add or remove any keywords from this column.

Column B: I originally left some comments for community translators here. Perhaps you’ll find them useful as well. They don’t show up in game. Modifying this column has no impact.

Column C: Defines which facial expressions Squid has while saying certain voice lines. You can change these if you want to.

Column D: The original English text for the English version of the game.

Column E+: Translations to other languages.

There are also a few header lines at the top that are important:

Line 1: Contains the language names. These names should not be changed as the names here are not shown to players, but are used internally by the game.

Line 2 and 3: Shows the translation progress. This won’t work in your spreadsheet, though. Ignore these lines.

Line 4 and 5: The fonts used for this language. Tells the game where the font for this language can be found.
Tip: That means you can also mod new fonts into the game. Just make sure to put them into the correct directory. Fonts need to be in .ttf or .otf format.

Line 6: The import method the game uses to read all of the texts of this language. For most languages you can use “Normal”. There are three more import methods called “Invert” (inverts character order for languages like Hebrew), “Arabic” and “Persian”.

Line 7: The size of the texture the font will be printed on (that’s how most game engines handle text). Anyways, if the language you’re using has a lot of different characters, you should use 2048, otherwise 1024 should be fine.

Line 9-11: Info fields for official community translators. These lines can be ignored.

The other loca file called “Legal WYS Loca – Story_Dialogs.tsv” has a shorter header. Nothing specific you have to pay attention to there.

The purpose of the cache files is purely to reduce loading times when switching between languages or when starting the game.

IMPORTANT: If a cache file for a language is available, the translations in the loca files are completely ignored!

That means if you update the loca files, but don’t update the cache files, you won’t see your changes in game.

Cache files are pretty messy and in general you should never have to open any of them up. There are better solutions.

How to Modify an Existing Language

Now that you know how all of the files work, you can make changes to existing languages quite easily:

1) Open the loca files as a spreadsheet.

2) Make the changes or additions you want to make.

6) Go into the cache folder and remove all cache files.
You need to do this for your changes to take effect. Otherwise the language will still be loaded from the cache file instead of your new updated loca file. The only disadvantage from removing cache files is that the game loads slightly slower, but for now we can live with that.

Congrats. Whatever changes you made to the existing languages should now be in the game!

How to Add a New Text Language

Adding new text languages to the game is pretty straight forward as well:

1) Open the loca files as a spreadsheet.

2) Add a new column on the right.
You need to do this in both loca files.
Your new language needs to be in the same column in both files.

3) Fill out the header data.
The name of your language goes in line one. This is the internal name used by the game. It won’t be shown in game but you need to remember it for later. Make sure font, import method etc. are set correctly.

4) Fill out the header data.
Add some translations for your new language.

8) Add a language icon.
Go to <install directory>/WILL YOU SNAIL LOCA/ICONS and add a png file with a size of 758×58 pixesl. It should show the name of your language in written text and will be used in the language selection menu of the game. The name of this file should start with “L_” and then be followed by your language name (the one from step 3) with all spaces and special characters removed. If your folder in step three was called “Me Dumb Language Lol” then this file needs to be called “L_MeDumbLanguageLol.png” for example:

Congratulations! Your new language should now show up in the game.

How to Update the Cache Files

Now that you’ve added a new language or updated an existing one, you can also update the cache files if you’d like. It’s not super necessary, but it improves load times.

2) Find the cache file.
When you load in a language that doesn’t have a cache file yet, a new cache file is automatically generated. It’s just generated in a different location. All we have to do is find it and move it.

On Windows the auto generated cache files are located in C:\Users\<username>\AppData\Local\Will_You_Snail\Cache
AppData is a hidden folder on some systems. You can find it by showing hidden folders or just directly entering the system path.

In C:\Users\<username>\AppData\Local\Will_You_Snail\Cache you should now see a cache file with your language name. Copy it.

Congrats, you updated the cache file and your language should load faster now.

Don’t forget to share your creations with everybody else here!

What’s the best way to share new languages or language mods?
I honestly don’t know (yet). For a start make sure to join us on Discord here https://discord.gg/G3mRDrK!