The Mejai is the spirit that belongs to the tomb and is highly dangerous. It can damage the player even while in spirit form, but requires more than one hit to kill unlike his physical form.

Every Mejai can perform different actions that are unique to it, allowing the team to discover the Mejai type and name, for now being only:

I will mostly talk about their abilities when in Physical form in the following lines.

Rathos is a mummy that roams around the tomb in search of the relic holder.
He has the longest vision range and is nearly silent when moving. You should check all corners before moving, also check your behind a lot. Rathos can also somehow sense the relic holder, so if you are holding the relic, you better make haste! Rathos is fearful of fire, allowing you to avoid his attacks while holding a lit torch, though this can happen only a limited amount of times. Once you do stop him from attacking though, he will get enraged, scream (extinguishing all the flames in close proximity) and starting a short sprint, try to break line of sight as soon as possible if this happens. 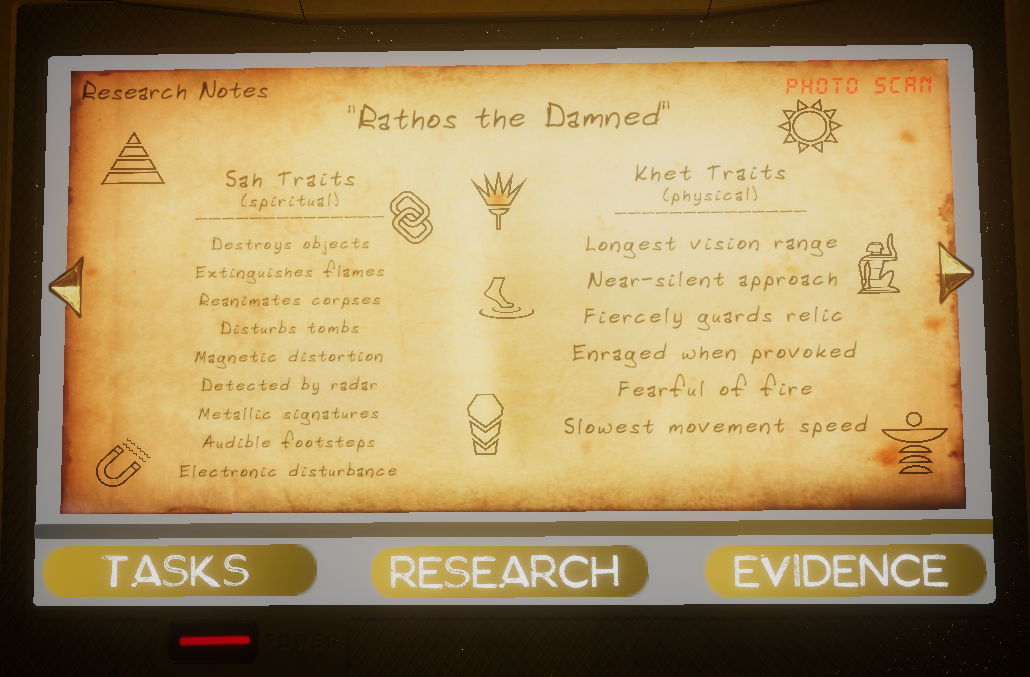 Dekan is a… Humanoid Beast I guess? It roams around the tomb searching for the invaders. It is almost completely blind, but it has super-hearing abilities. It can hear a player walking in close proximity and can sense players running from far away. It can also hear you talking through both Global and Local voice chat, so avoid talking to teammates and try to use gestures if in VR or turning off and on equipment to communicate. If you really need to speak, try whispering, it should be harder for the Mejai to hear you that way (Tested, but not sure about it). You can hear Dekan coming because his footsteps are incredibly loud, try to hug walls while crouch-walking around the map to avoid him. VR players should avoid dealing with Dekan at the moment, as crouch-walking is impossible in VR currently. Avoid taking photos while in close proximity, as Dekan will hear the Camera shooting the photo. 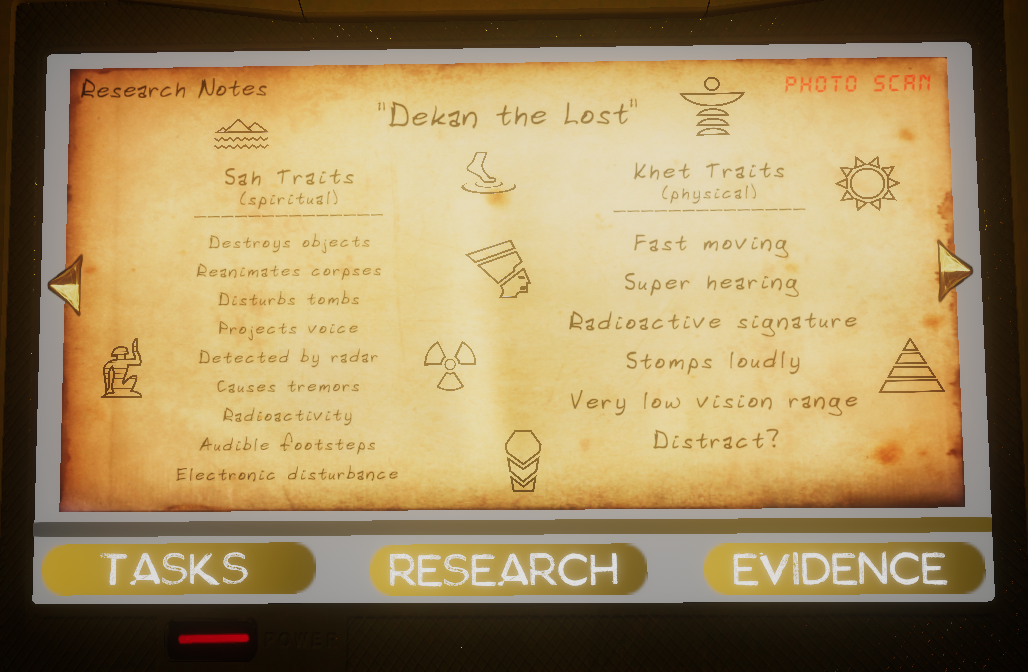 Ouphris is the Mejai I personally hate the most. Ouphris transforms into one of the players in the lobby and every players sees him differently from how the others see him. It cannot mimic you. It will mostly start walking around the tomb with nothing else than his headlight, so you can easily identify him. Also, other players should start clicking their headsets or flashlights to show they are friendly. You should hide and avoid being seen by him as he is the Mejai with the best tracking ability, and will follow you around the map easily once he has seen you. It won’t attack immediately, but will start following you for around 30 to 60 seconds (probably based on difficulty). Once the time has passed, it will start whistling. Once it is whistling, you have little to no time to run and hide before he kills you. The Amulet is the only item that can prevent Ouphris from attacking. Activate it while he is whistling and start running to the exit! 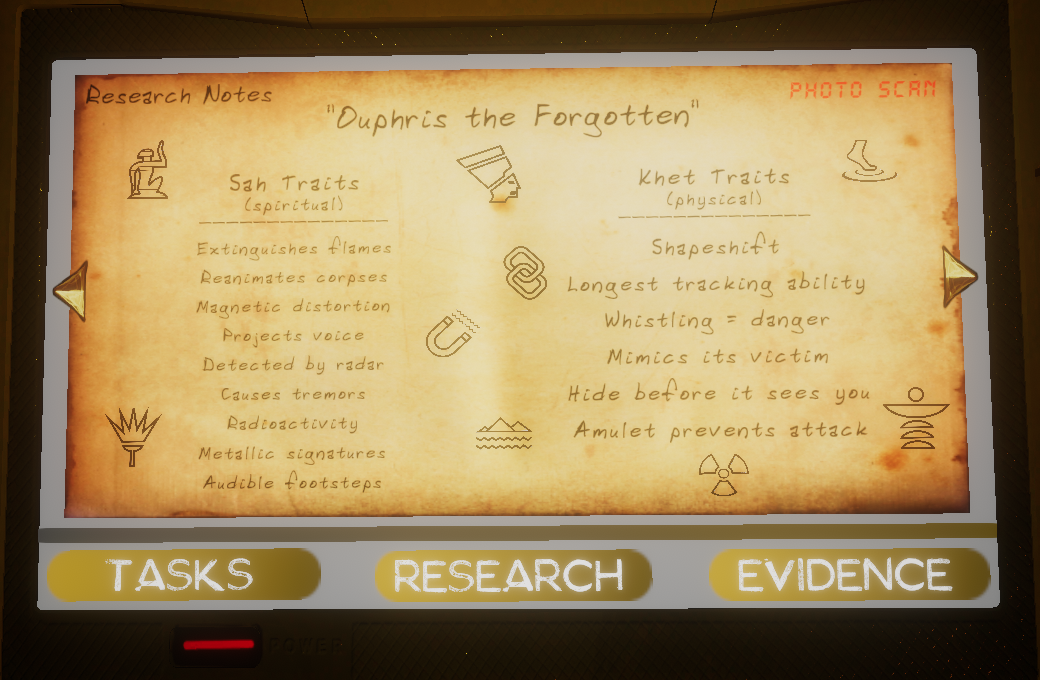 Necreph is actually my favourite along the currently available Mejais. It is easy to play against once you level up and unlock the Tablet with Night Vision or once you learn how to play against him. Necreph can teleport around the map unlike other Mejais. He ALWAYS knows where you are and will teleport to your position every few seconds. If you hear the sound of chains, Hug the walls and avoid staring at him. You should turn off all your light-emitting equipment, including the Helmet, as necreph can sense light even from the other side of the map. Flashlights and lit torches are Death sentences, even when dropped on the ground. DO NOT TAKE ANY PHOTO unless you are sure you are safe to do so, as Necreph can see the Camera Flash. 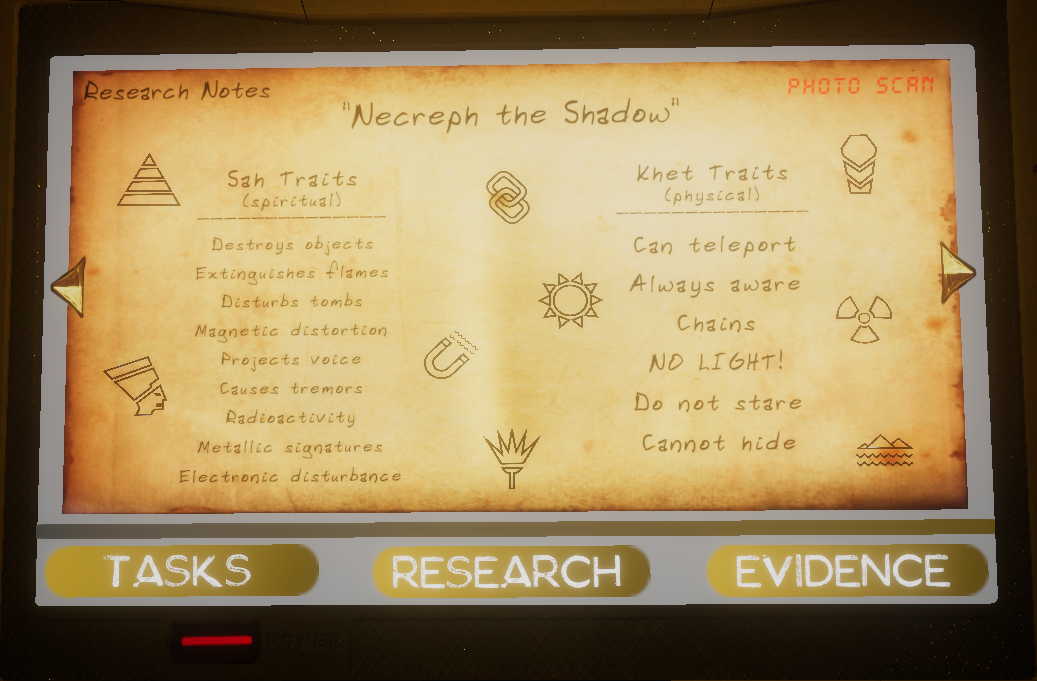