There are opponents in armor (yellow health bars), but it is possible to pass without weapon with armor penetration. 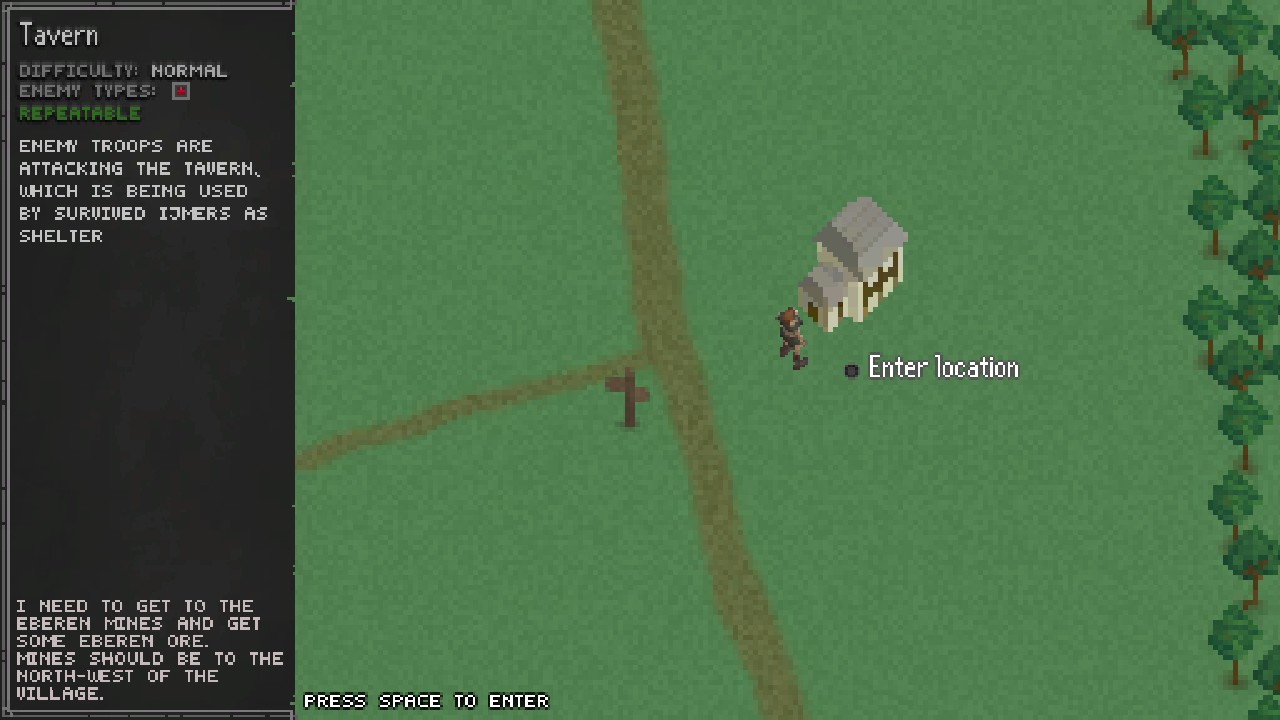 TIP: recommended for passing after receiving a weapon with armor penetration for completing smith apprentice’s quest after recieve merrin roots.

Level is impossible to pass without weapon with armor penetration. 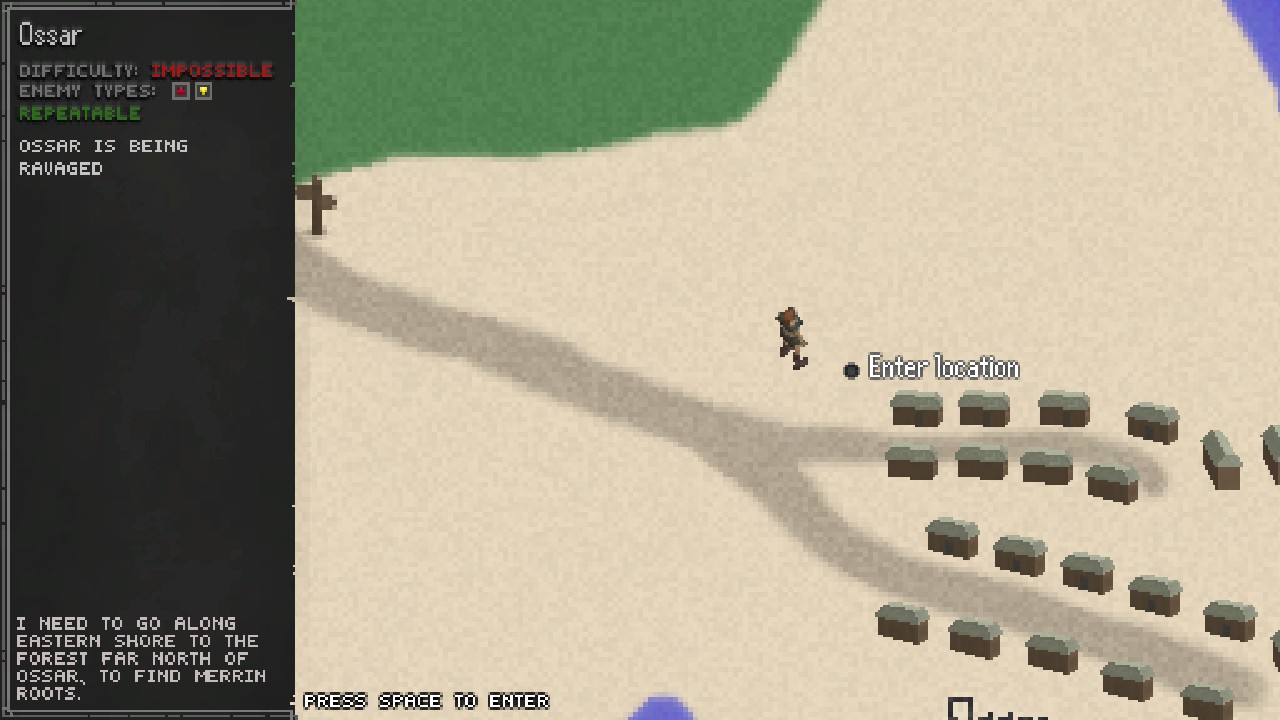 Be careful in fights near small obelisks that attack the player with spells. Obelisks are invulnerable and will turn off only after the fight. Some obelisks’ spells cause damage to opponents, you can use this to speed up the passage of the level. 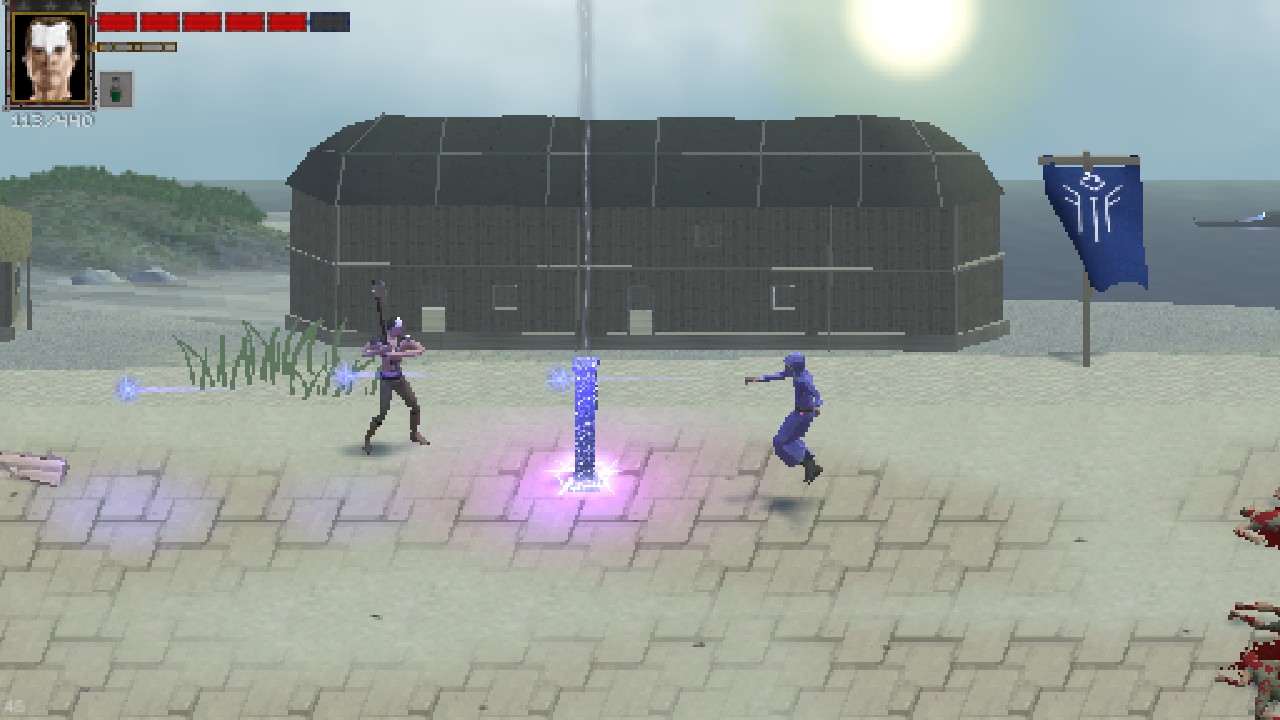 While passing, pay attention to barrels and boxes with supplies.

In a long battle at the second location, you can partially restore health on a grassy patch on ground.

Level is impossible to pass without weapon with armor penetration. 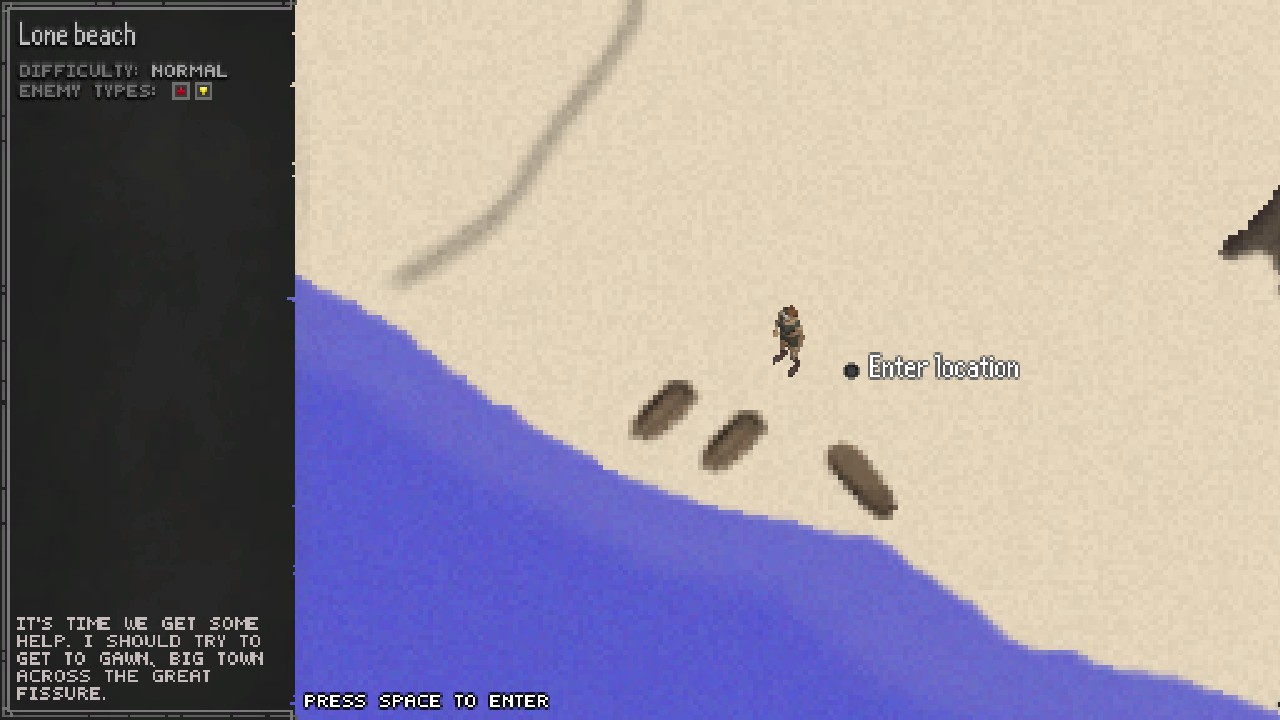 At this level, the player can get a random armor. When passing, pay attention to the supply barrels.

Level is impossible to pass without weapon with magic barriers penetration. 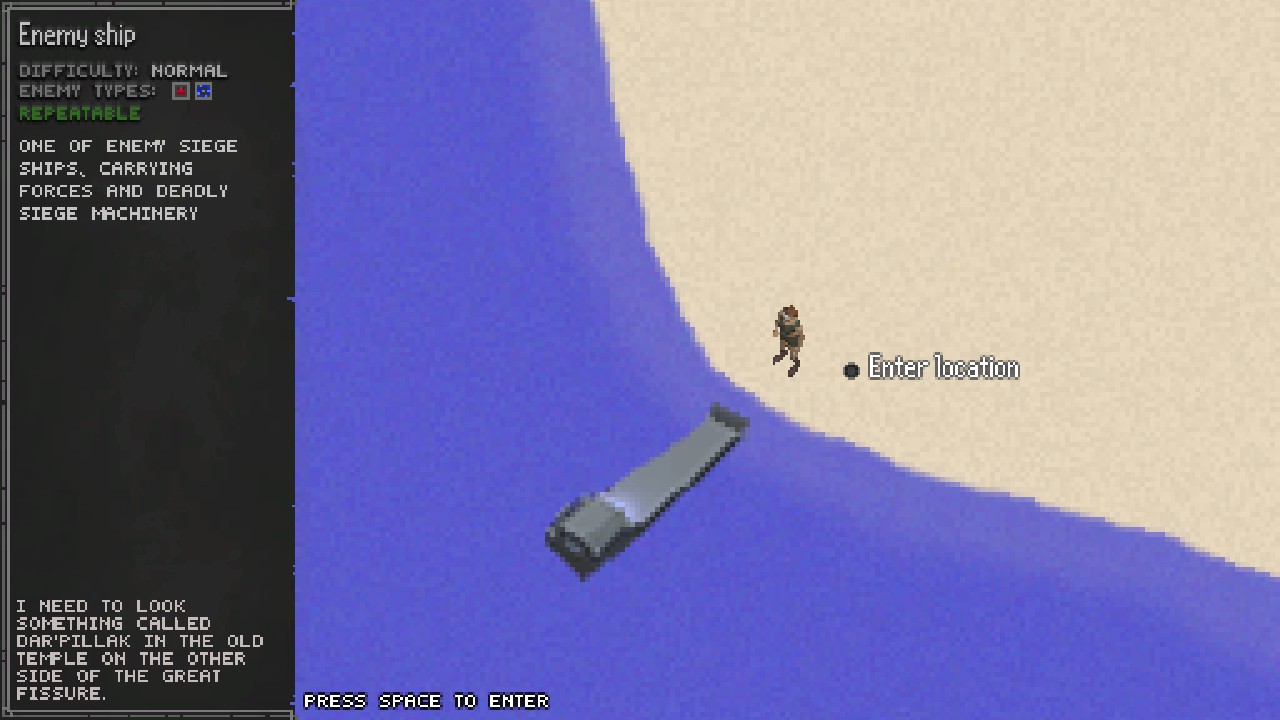 Having reached the fighting circle, the player, if desired, can provoke in turn several or all opponents with an attack in order to try to speed up the passage of the level. When passing, pay attention to barrels, boxes and chests with supplies at the side of the ship.

To call the boss, you need to hit the crystal at the end of the location. The boss will be periodically invulnerable to player attacks, at this time you have to avoid damage and wait for the moment when the boss loses concentration. In moments of vulnerability of the boss, it is most effective to try to inflict damage by special moves on him that breaks through the one health bars. 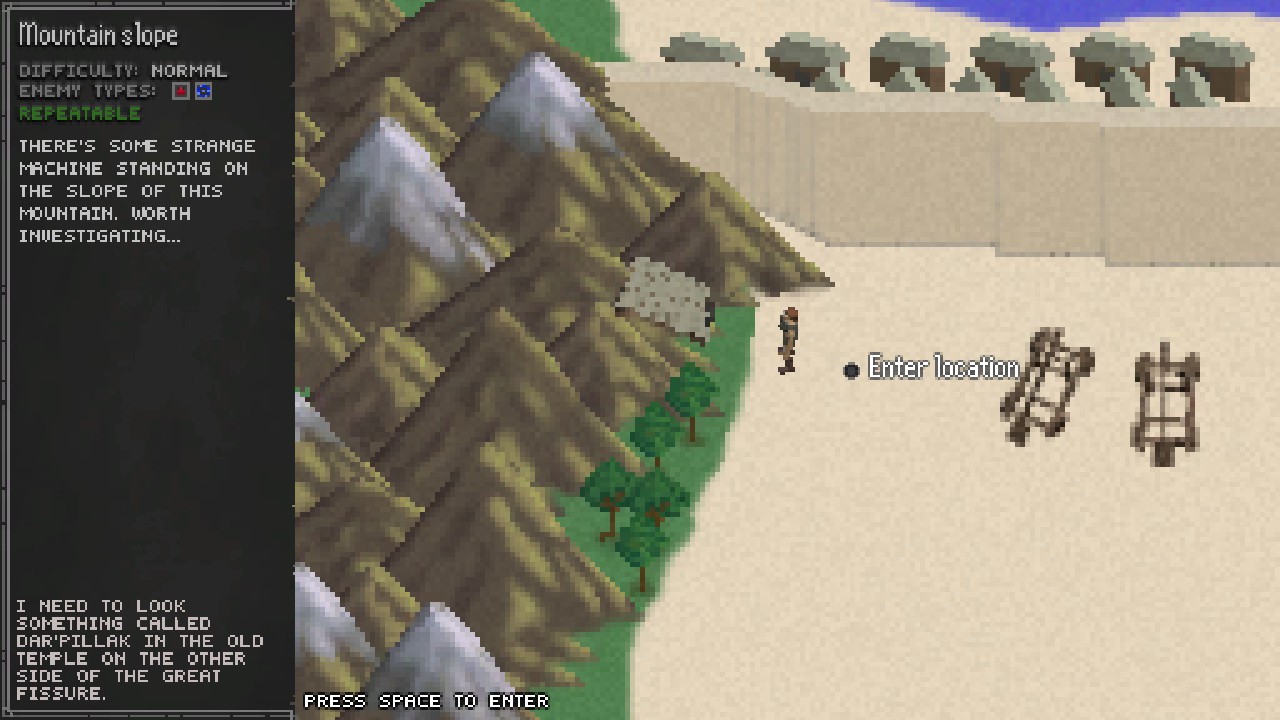 To start the level, the player must agree to attack the enemy camp and climb onto the rammer.

On the rammer, be extremely careful and try to stay away from the edge, as falling from the rammer will be fatal, unlike falling into a chasms at other levels, where the player takes some damage and immediately returns to battle. Also, there is no autosave at the level, since the battle takes place at one location, therefore, after the fight on the rammer, the defeat in the camp will restart the level from the rolling rammer. When passing, pay attention to the supply chests.

Found in the forest along a hidden path above where the player obtained merrine roots for Albretta below the Ransacked caravan. 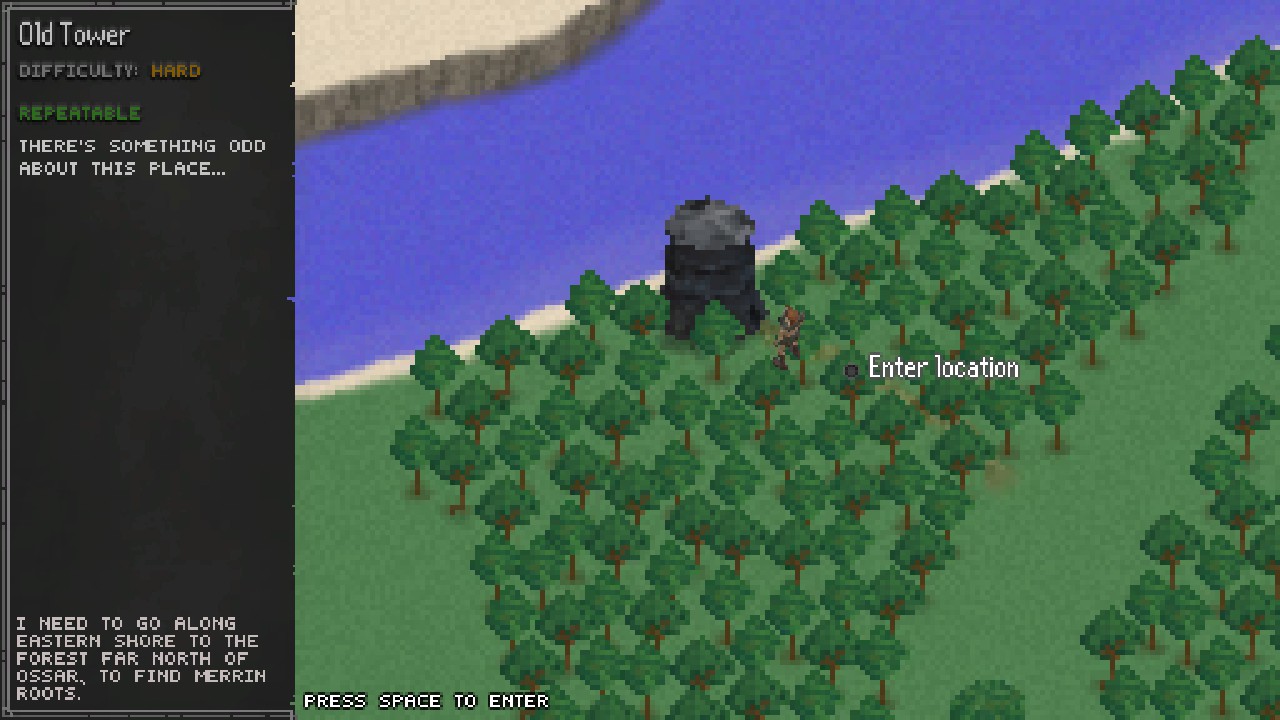 The feature of this level lies in dynamic dependence of the strength and health of opponents on the level of the character – the higher the level of your character, the stronger and tougher the opponents.
WARNING: there is no autosave at this level, since the battle takes place within the same location, so a defeat will return the player to the beginning of the level.

The location doesn’t end with a boss fight, but the player will have to go through an event with a test of his strength and dexterity, where the keeper is invulnerable while his minions are alive, so first the player will need to defeat minions, and then inflict damage on the vulnerable keeper while he summons the next group of minions, then repeat action until completing of the test.

At the end of the level, the reward will be in a large chest, the small chest is intended for switching character’s weapons. This is done so that when playing as a magus, you can pass the level with the desired weapon, and then pick up the spell book, since the magus has the function of replacing the spell in the book from the runesinger.
Note: there is no limit on the number of spell replacements in books, i.e. in one walkthrough it can be used for several books if available and until the player leaves the level.
WARNING: in order to save the received equipment or replaced the spell, the exit from the level must be carried out by its completion from the edge of the location, and not by going to the map through the menu!

Level is impossible to pass without weapon with magic barriers penetration. 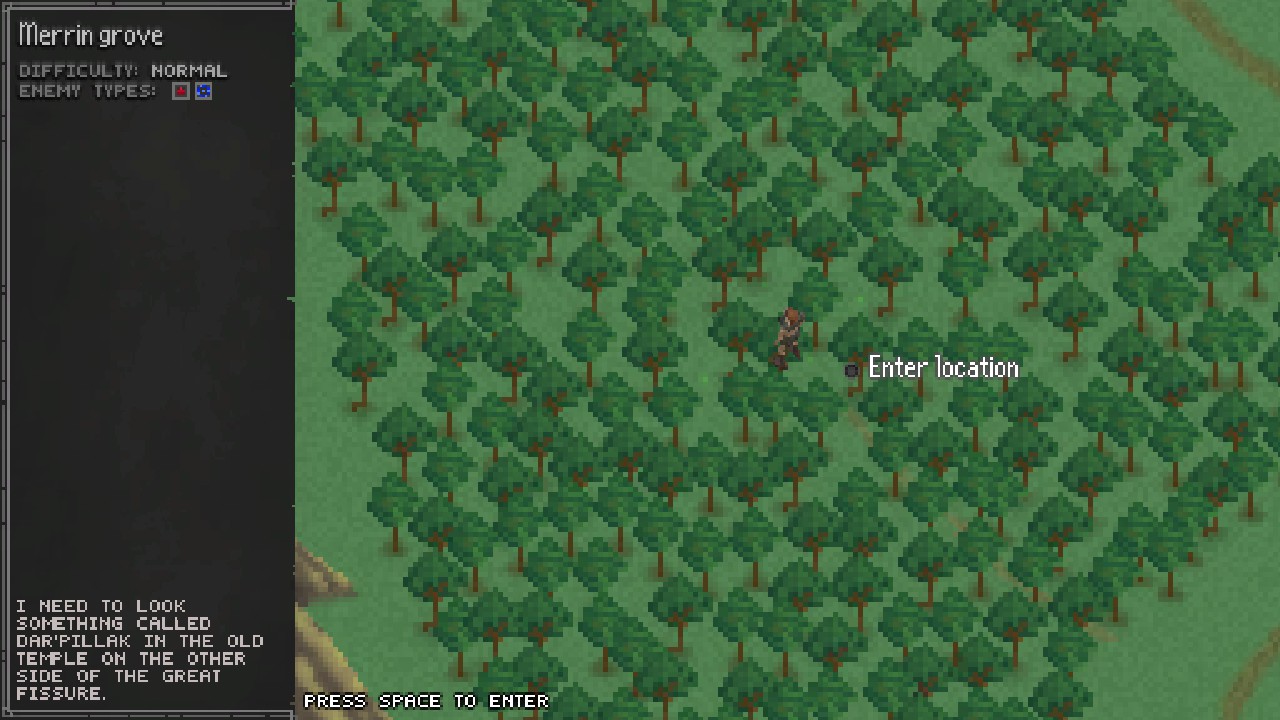 It is located between the forests on the path to the mine just south of the triple crossroads, at which Outpost level was located, then at the bend of the path in the forest on the left you can see a hidden path. 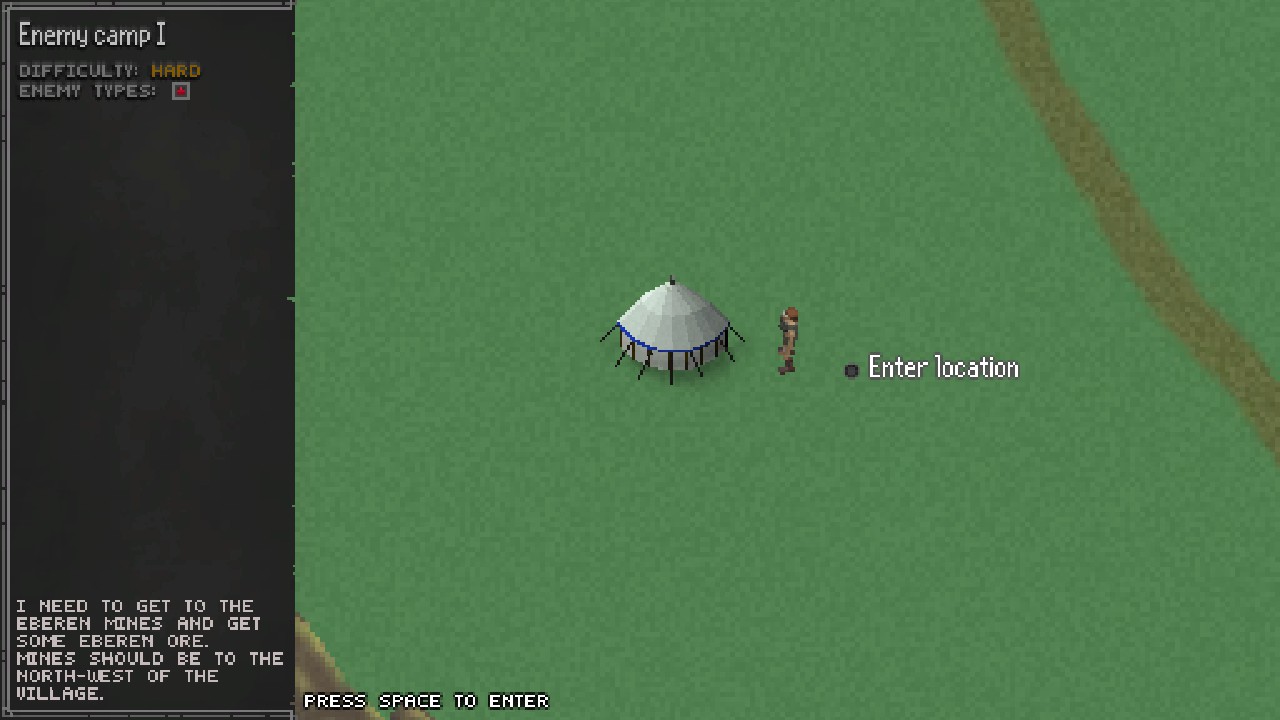 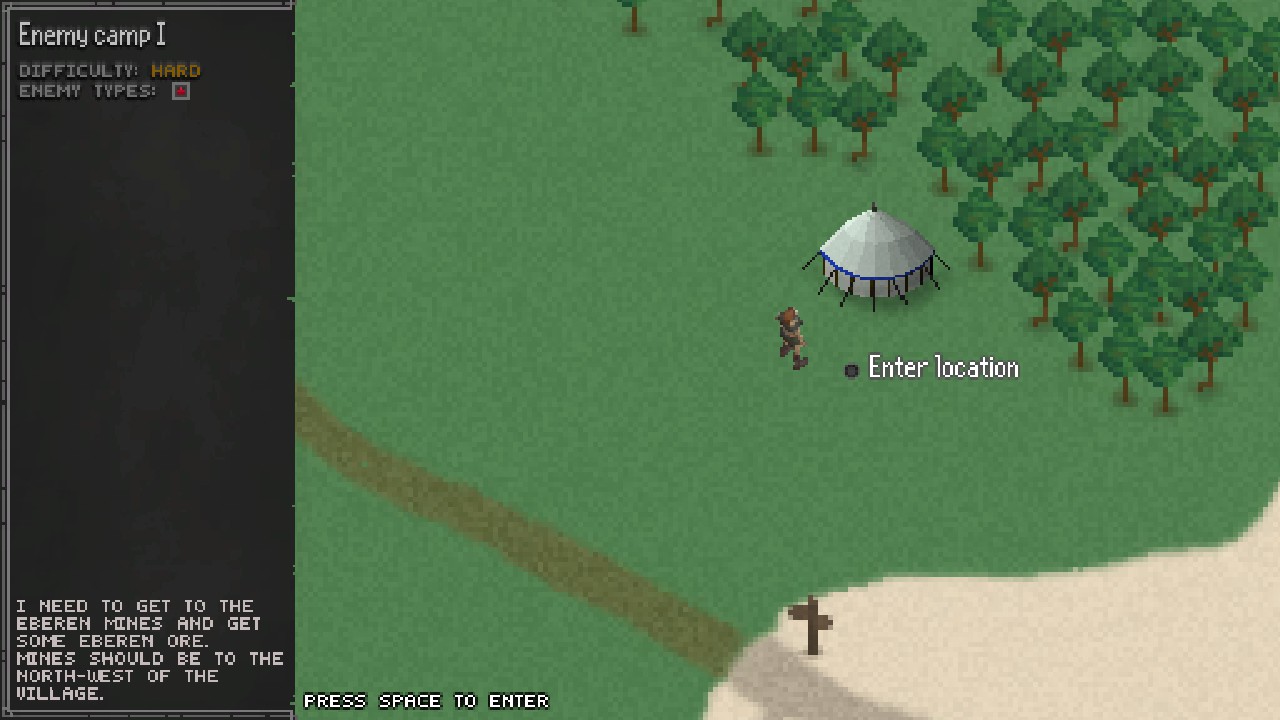 Passing any camp will activate quest chain to find a secret location and receive a unique reward. There are ten such camps on the map, the last of which are available closer to the end of the story mode. 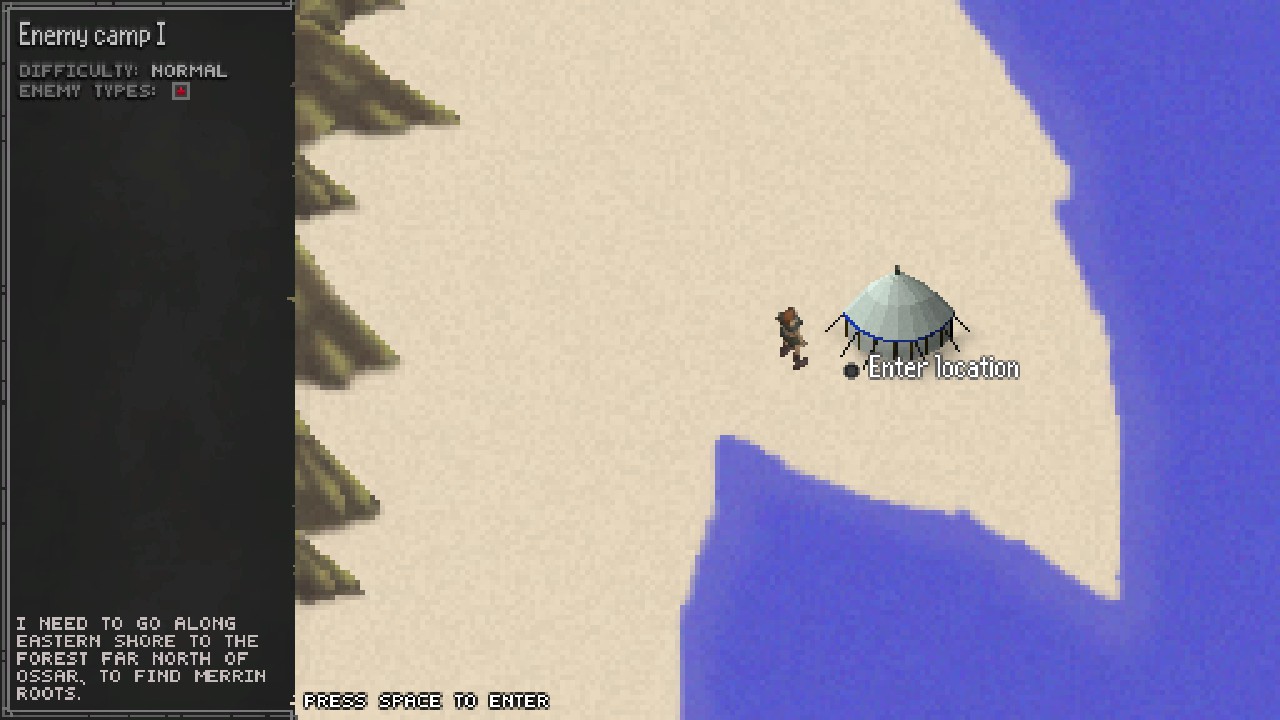 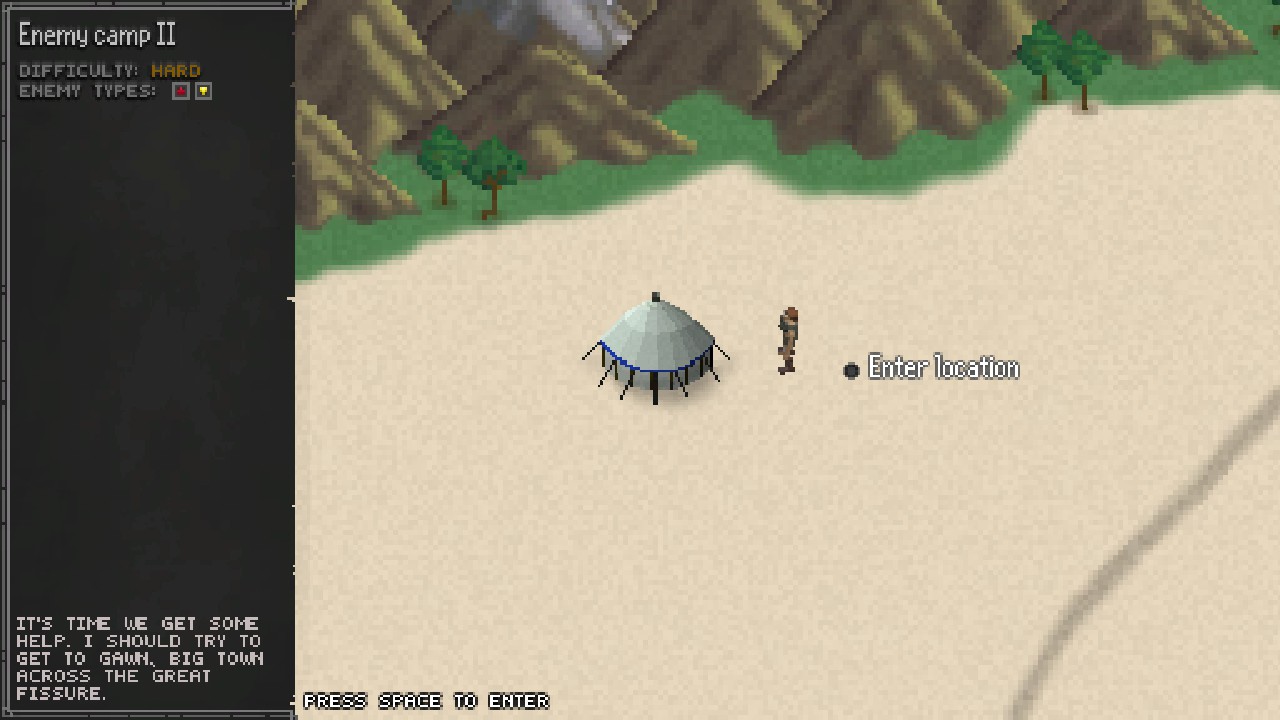 Enemy camps differ from other game levels in that they provide for a random selection of opponents and some elements of the environment, so each time you pass the camps (even the same one if defeated) the player will face different groups of opponents. The only permanent elements in them will be the background and the mini-boss, which are assigned to each specific camp. 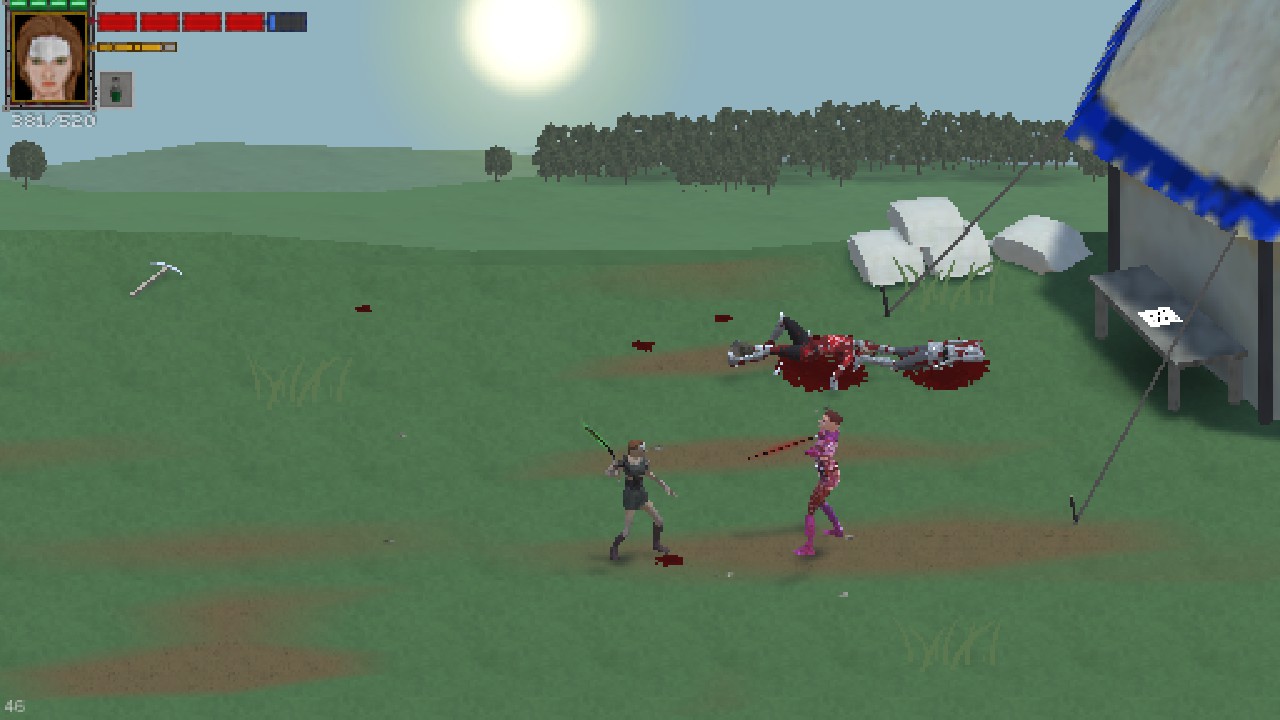 After defeating the mini-boss, you need to read the note on the table to finish the level. 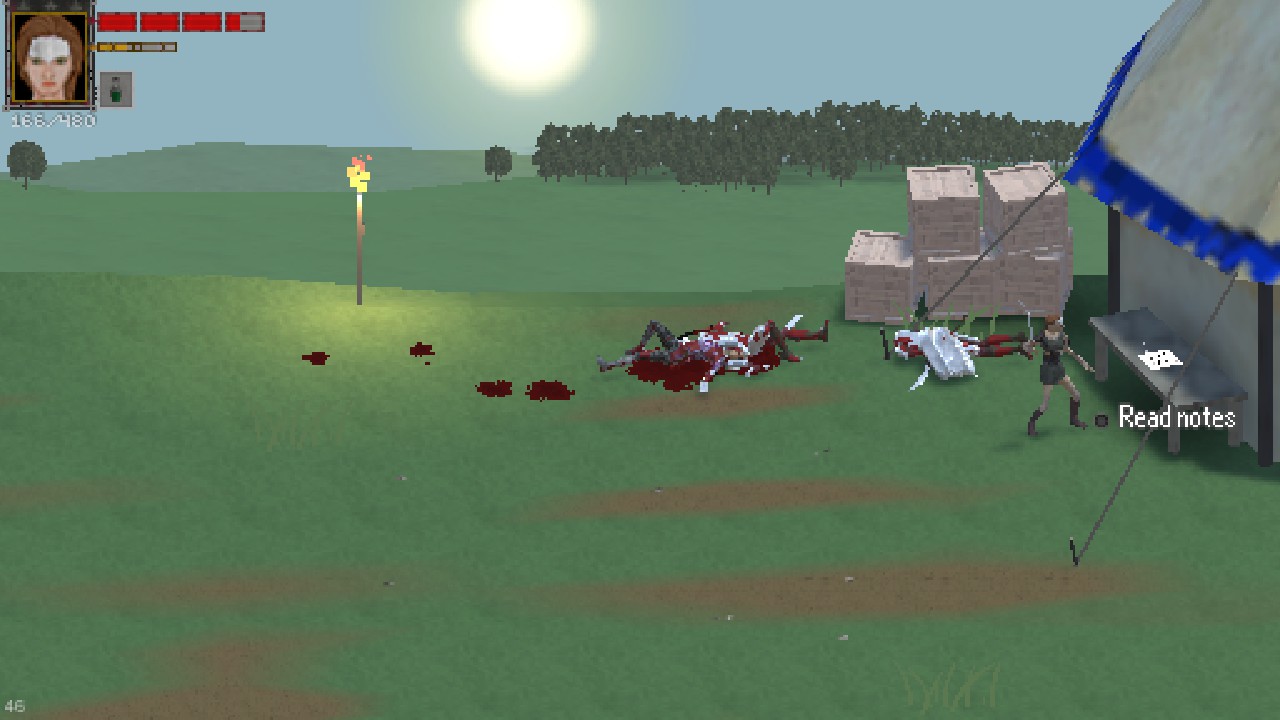 Location of other Enemy camps: 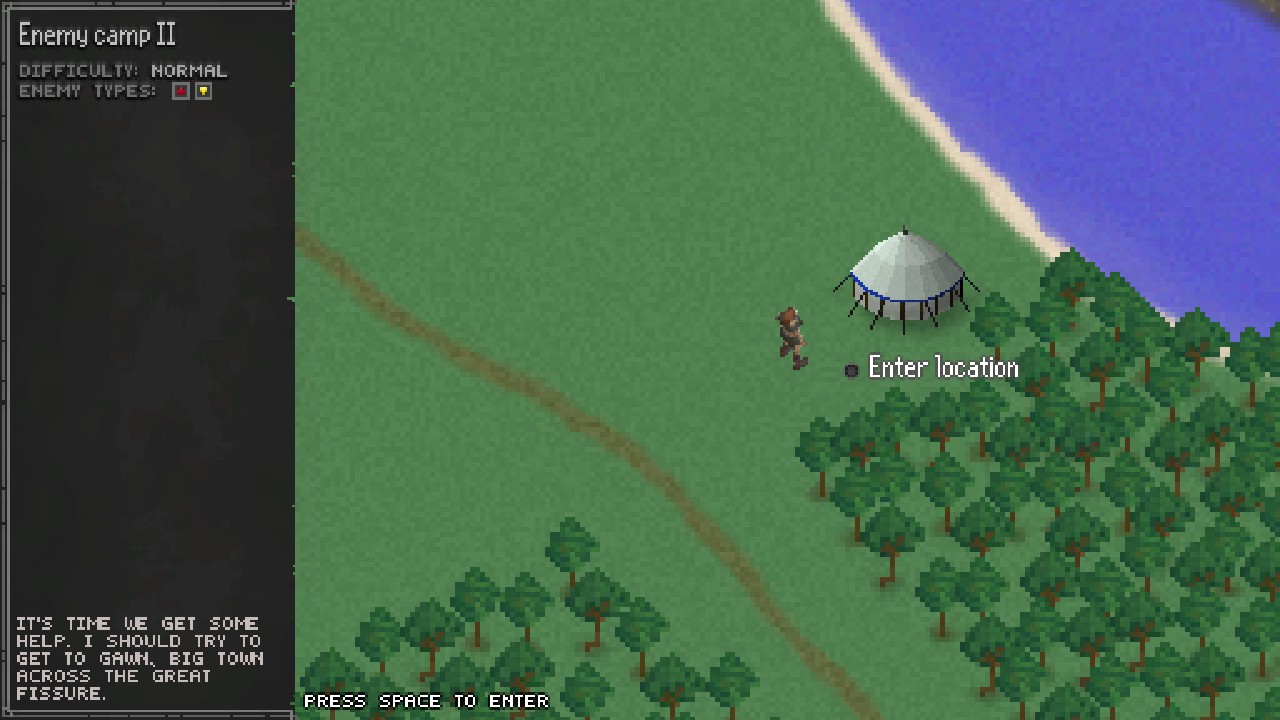 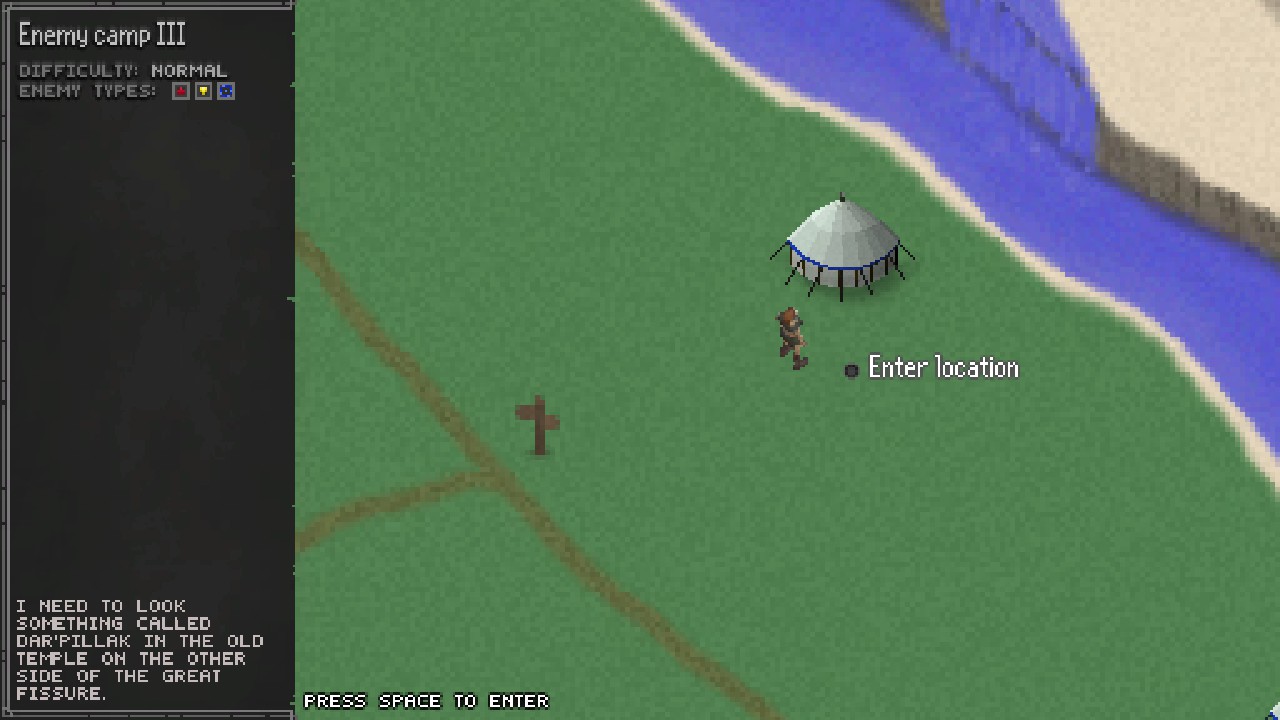 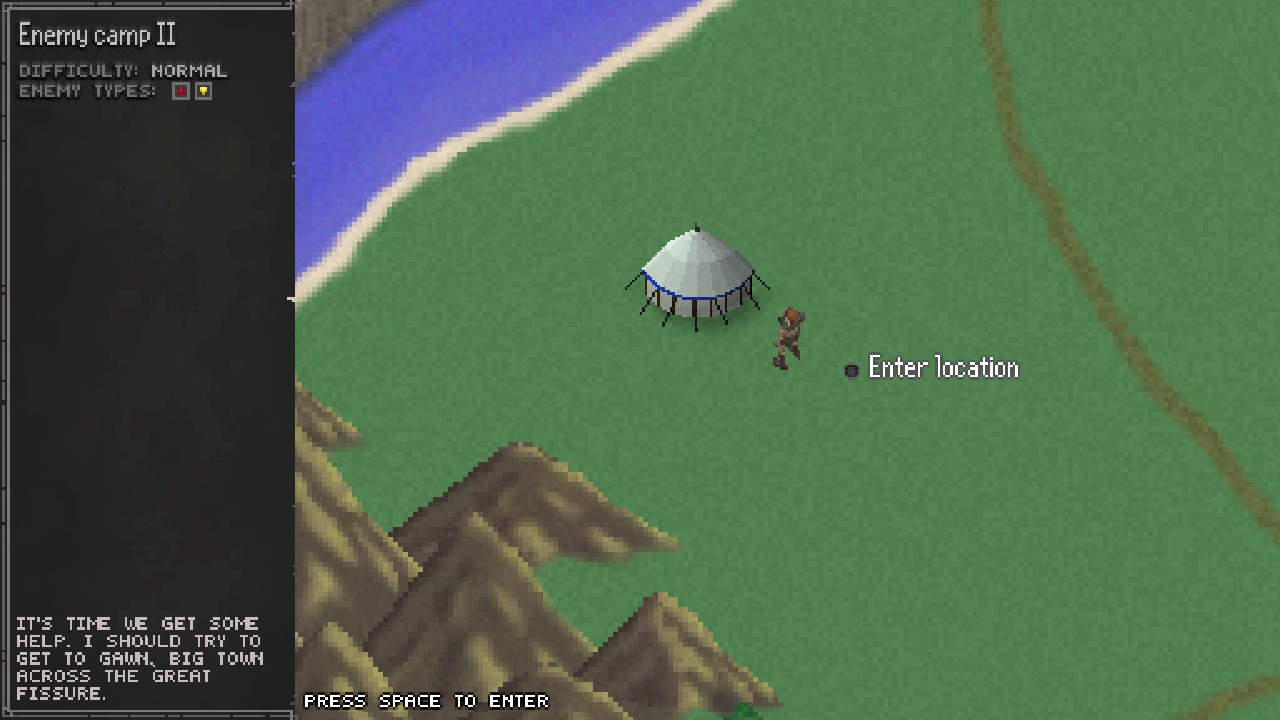 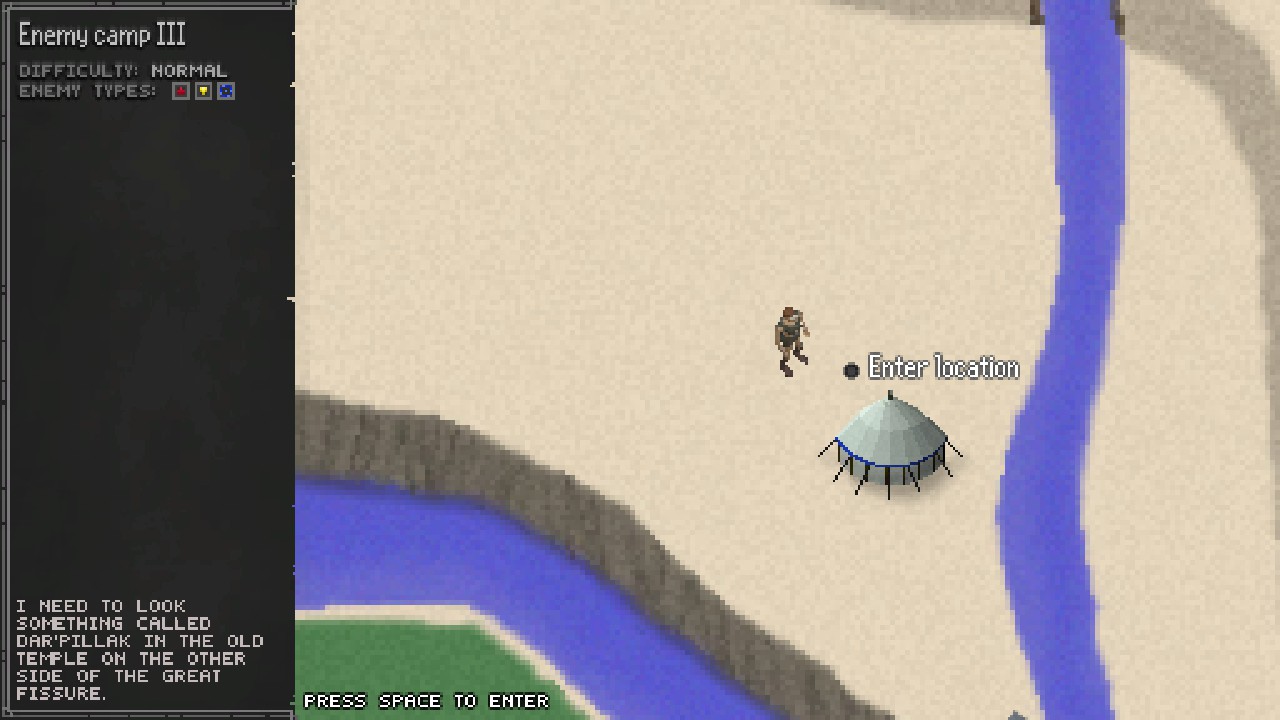 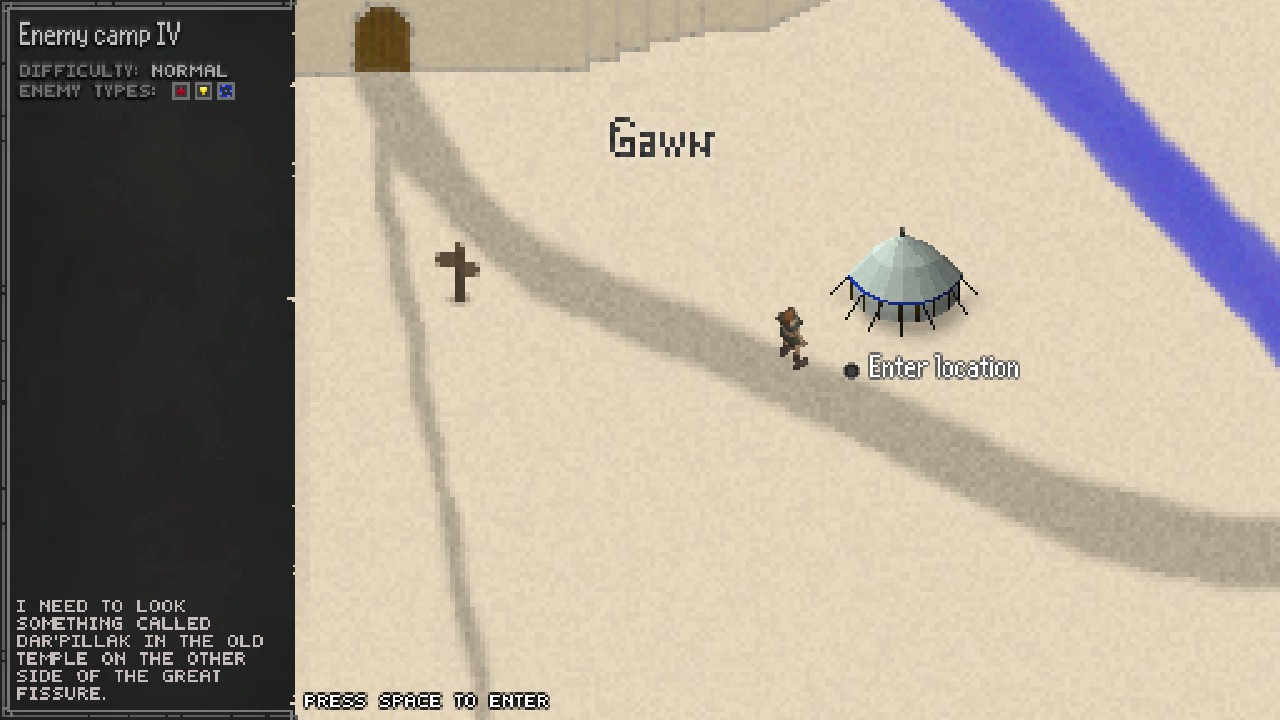 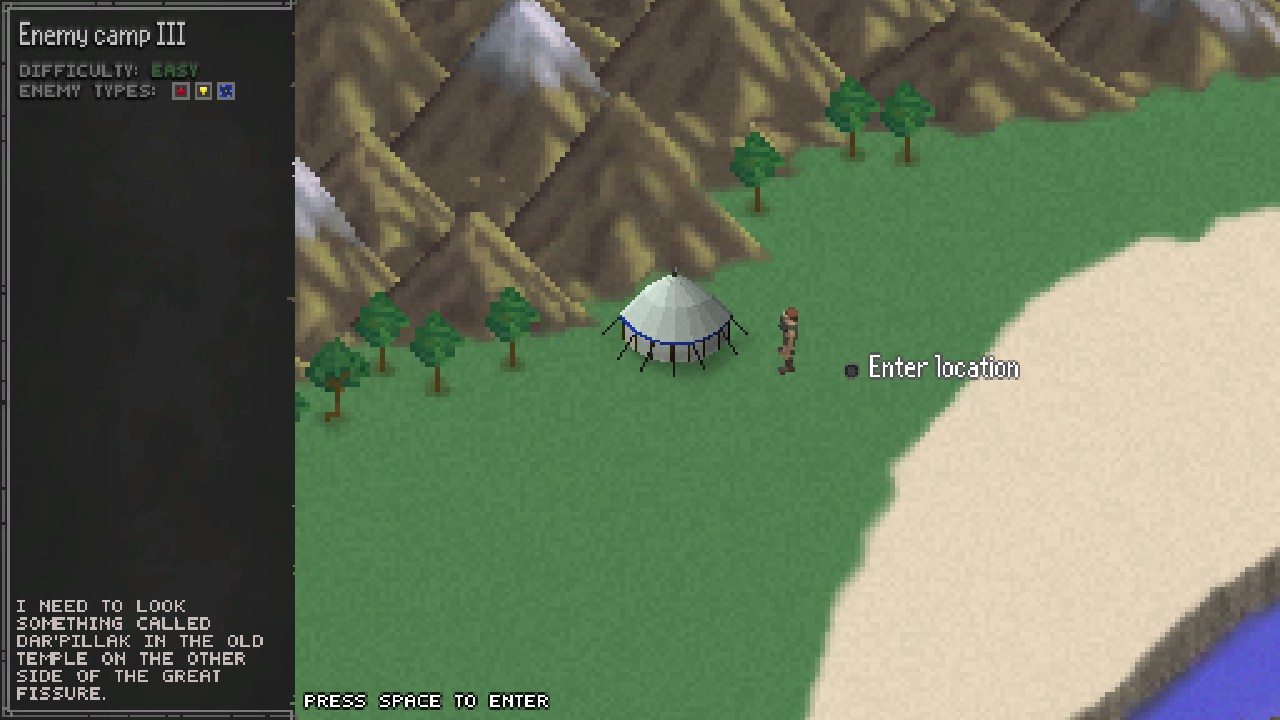 _
After passing the tenth camp on the explorable map from the red tree (located to the south of the completed level Stone Bridge between the mountains and the forest), it will become available to go along an invisible path in the forest to the right of the red tree, which will lead to the secret level “???”. 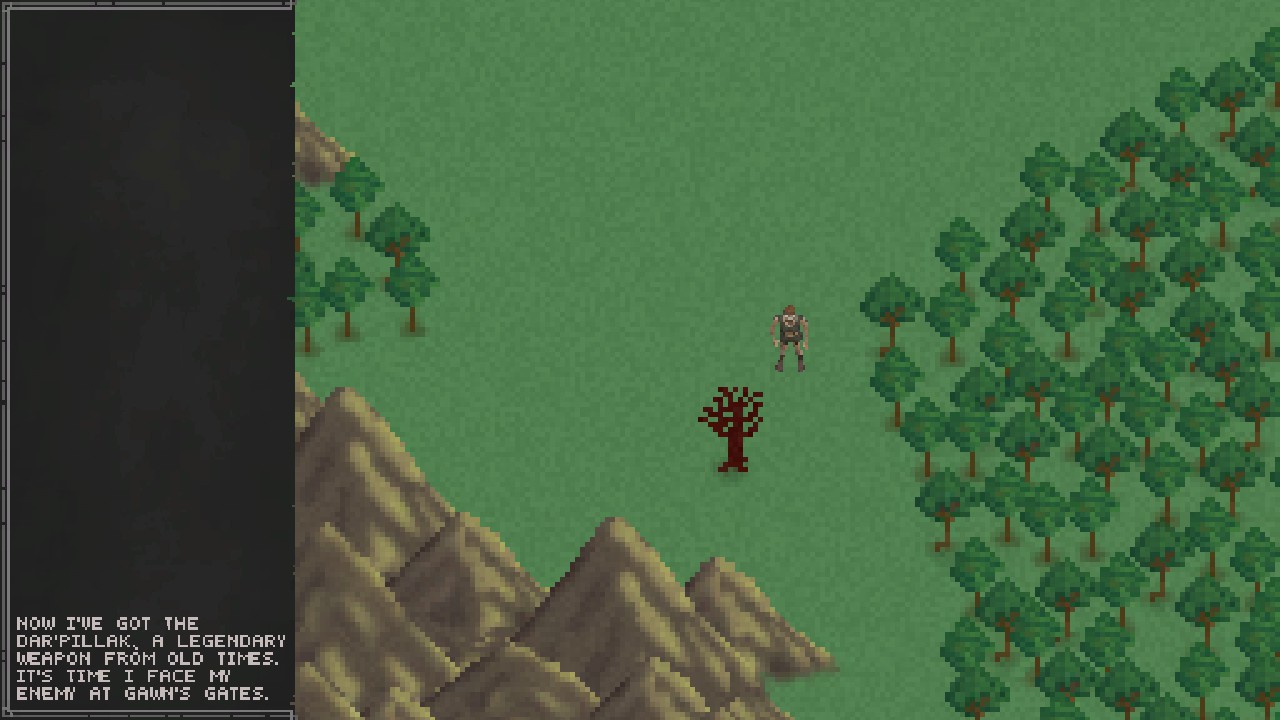 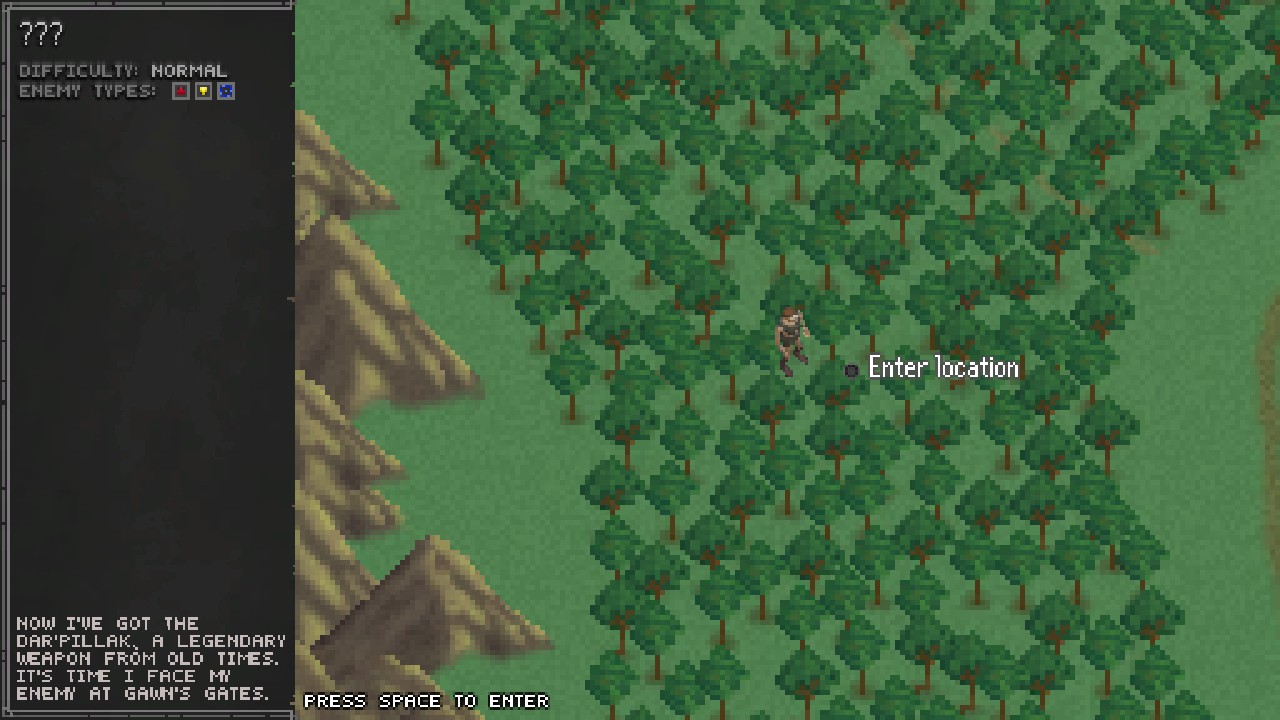 To complete this level, the player needs to jump into the well and defeat the boss, who can pose a serious threat – invulnerable while using spells, and becomes periodically resistant to any attacks on the last health bar. Having defeated the boss, the player will be able to pick up an artifact – a unique weapon (always of the same type for each specific character classwith a unique enchantment), the parameters of which will gradually increase to a certain limit for each kill with its use.