The Mysterious Qi Quest-line allows access into the casino, which is located in the oasis shop in the desert. The main reason you might want to unlock the Casino is so that you can purchase the Alien scarecrow, so that you are one scarecrow closer to unlocking the deluxe scarecrow crafting recipe, which has double the crow-shooing range than a normal scarecrow.

Step 1
Get a battery pack, which can be made after a storm occurs and you have a pylon on your farm at the time of the storm. After you have the battery pack, go to the bus stop and go left down the road until you reach the tunnel. Go into the tunnel and face the top-most wall until you can see a metal plate on the wall.

Hold the battery pack and right click the panel to start the quest.

Step 2
Get a shell from the beach during the summertime and put it inside the box on the train platform, as shown below.

Step 3
Buy 10 beets from Pierre’s Store or the Joja Mart and grow them during the fall season, making sure that you have 6 days remaining to grow the beets. Then, put them in Mayor Lewis’ fridge. 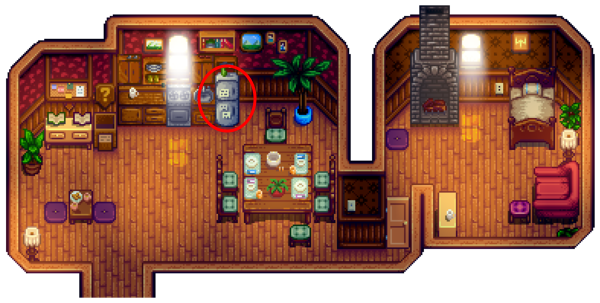 Step 4
Go to the desert and place a solar essence inside of the sand dragon’s bones, which are located in the desert. 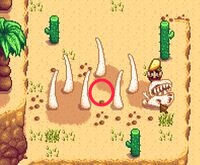 You can get a solar essence from a ghost in the mines, they appear between levels 51 to 79. The desert can be accessed after unlocking the desert bus community center bundle, which you will have to donate a total of 42,500G and wait till the next day for the Junimos to repair it. Afterwards, you can go on the bus for 500G and place the solar essence in the sand dragon’s bones.

Step 5
Go to your house and right click the pile of logs to the left of your house to receive the club card, which will grant you access to the casino. 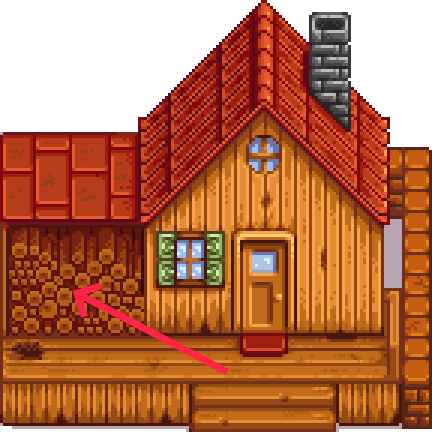