To play well Khorne faction you have to follow these simple steps, and let survive few enemies cities near you, when attacking them DO NOT make a ruin on those, but only sack, if you can do that, you will keep the Bloodletting bar always full 🙂

declare war to everyone*

You will ended up to do war with everyone, but i noticed a few exceptions: you can have only 1 ally ( you can betray it in the end game eventually if ya want.

Plus the way the skaven build their empire will be beneficial for both of you, as you destroy easily provinces, and they get some benefits when there are other corruptions, other than skaven blight off course.

in the end game once everyone is dead, and the world is dominated by you and the skaven faction, you can declare war to him 😀 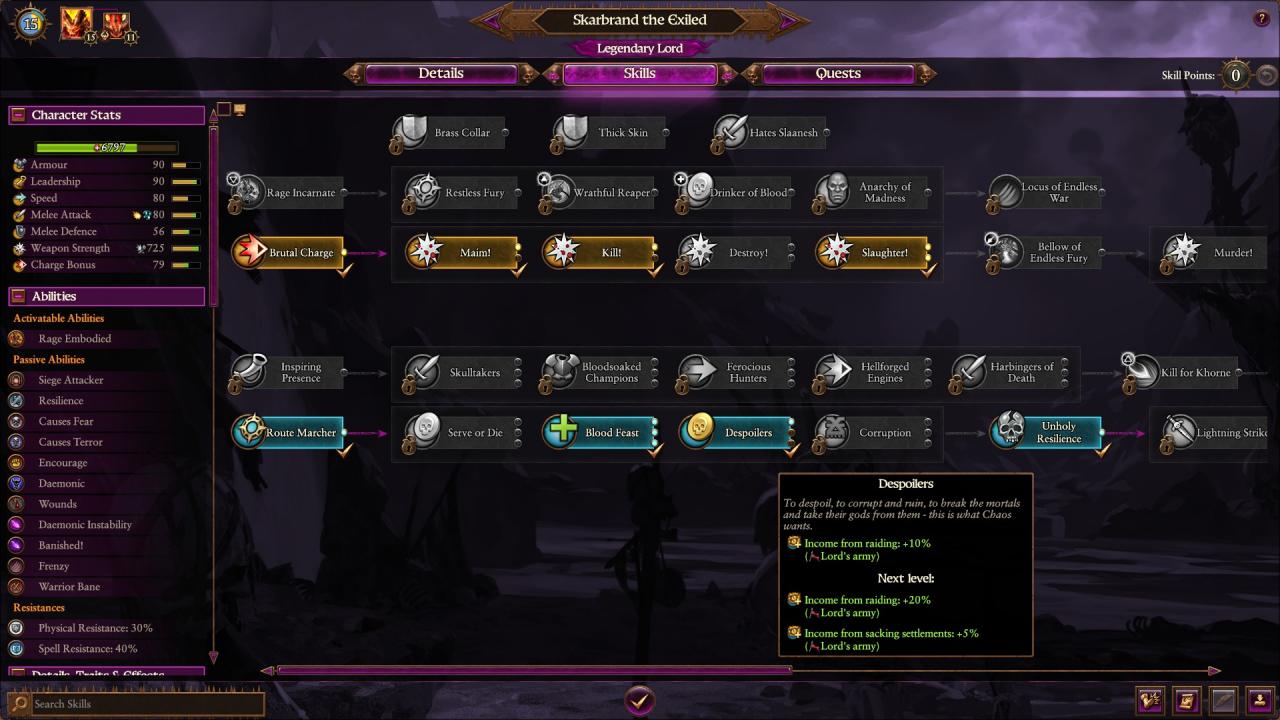 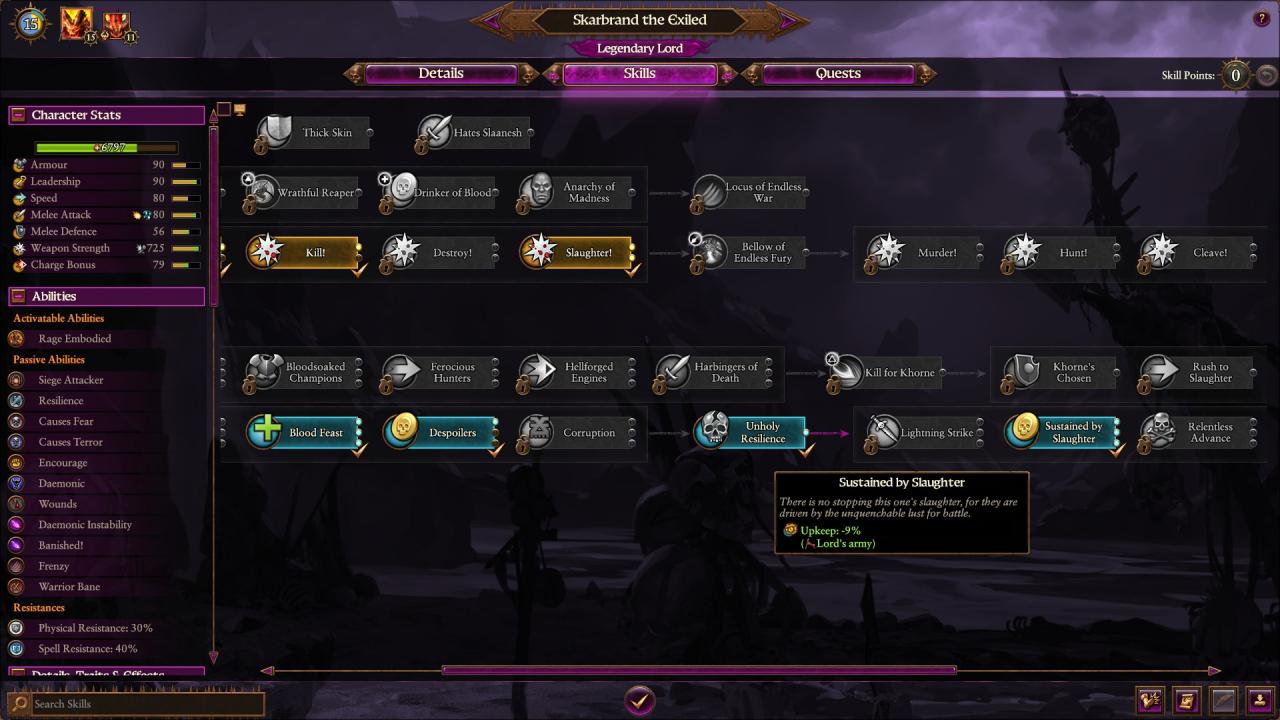 I do warpgates for the capitals, than the first three building will be walls, the replenish building and the last one is the Experience +2 for Lords and heroes.

and small settlemens ( not your priority) can be some basic buildings and maybe a wall and money making type of structures. 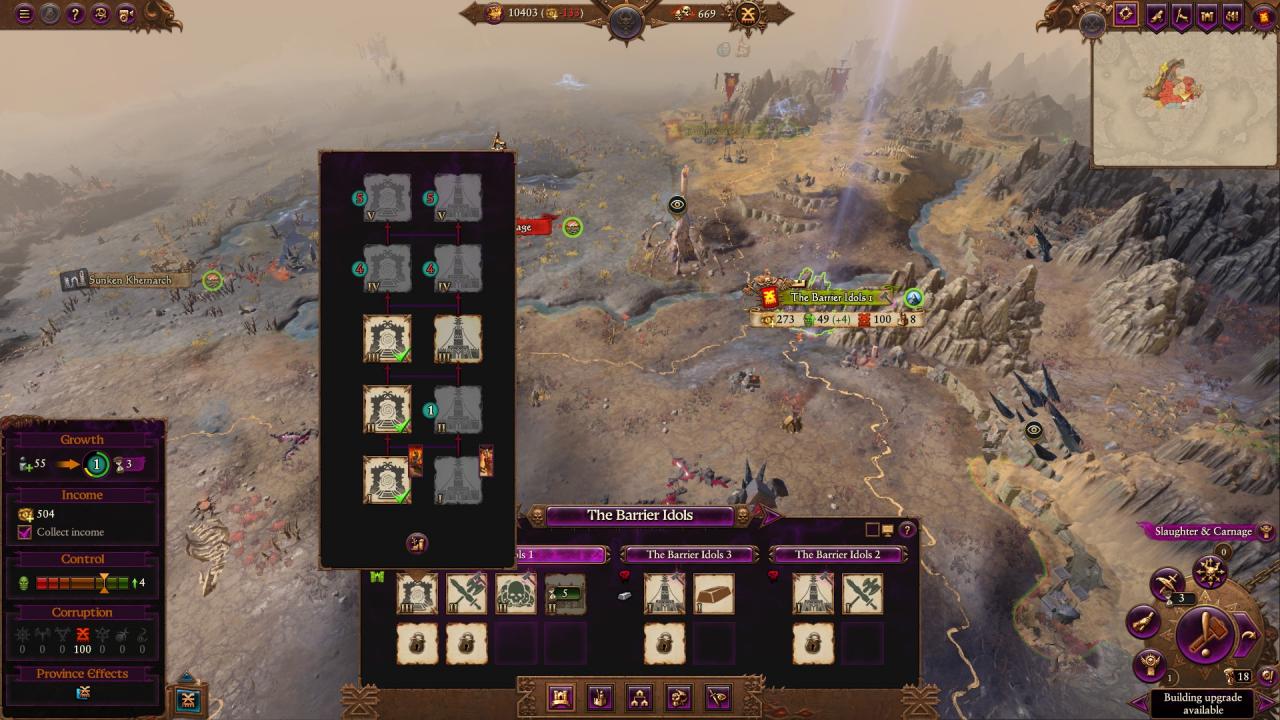 they way Khorne works, simply you have 90% of the time to “Sack” or chose “Blood for the Blood Good”

The remain 10% will be “Occupy” ( which require 2.5K only Capital settlements) and “Skullz for the Skull Throne”

NOTE:
for someone who can be very dumb, is to DO NOT Occupy a very far settlement, why? you will lose it easily if you can’t defend it (yes khorne has to defend sometimes), again why? well you can win battles as defender, plus if you lose a settlement because can’t be defended by your army you will loose precious skullz for nothing. 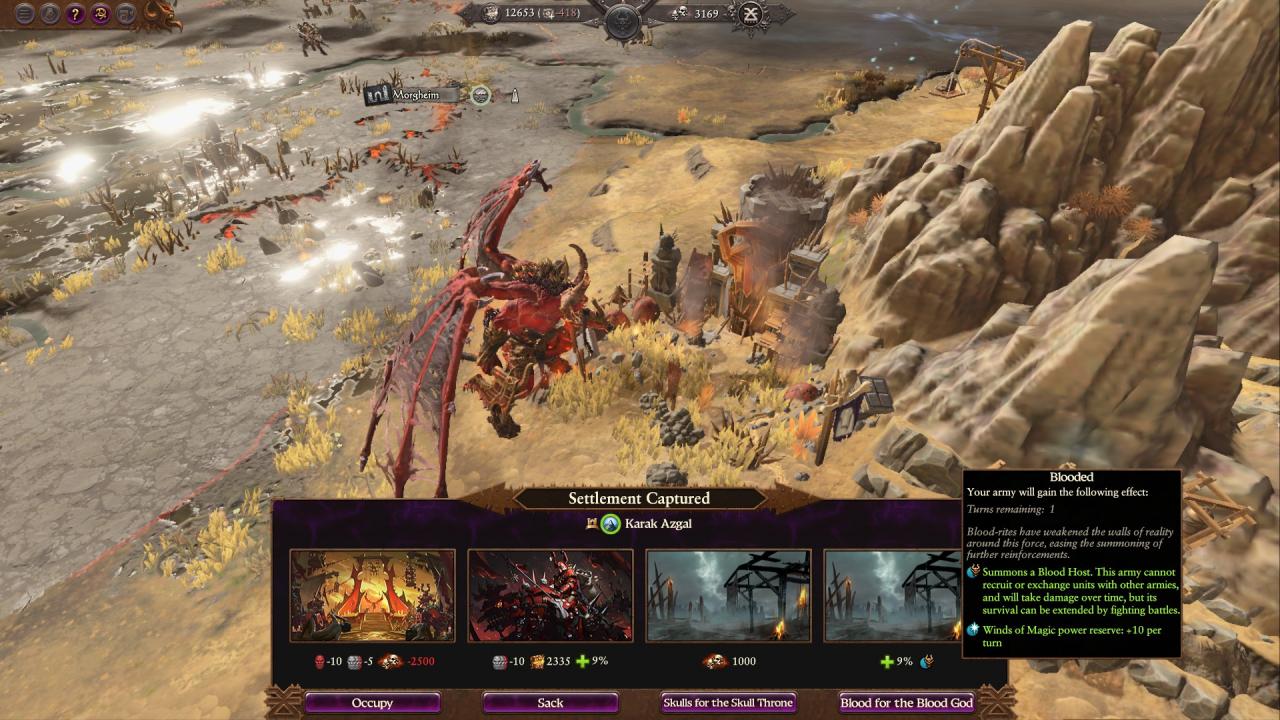