There are really only two choices that are bestest at clobberin’. Flash Git for ‘is extra dakka and Beast Snagga for ‘is pointy sticks. 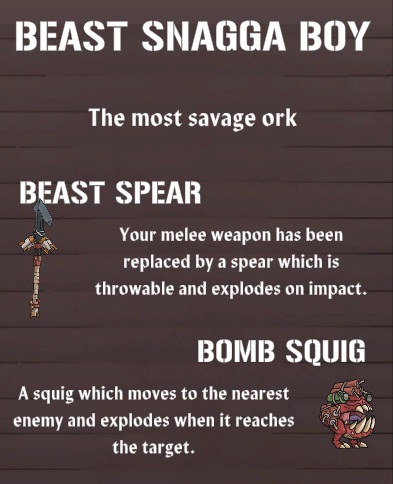 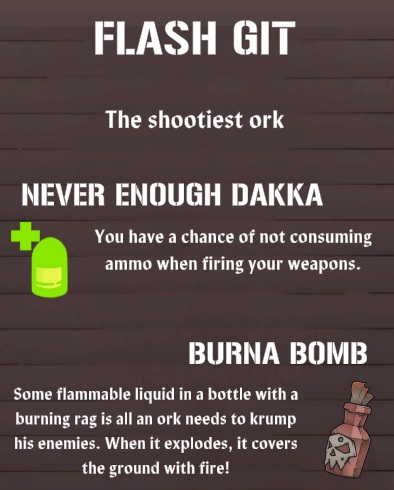 There is only one choice, just one. The Six Shoota, best weapon for killin’ things that need killing. You use this you can kill anyone in 2 shots. 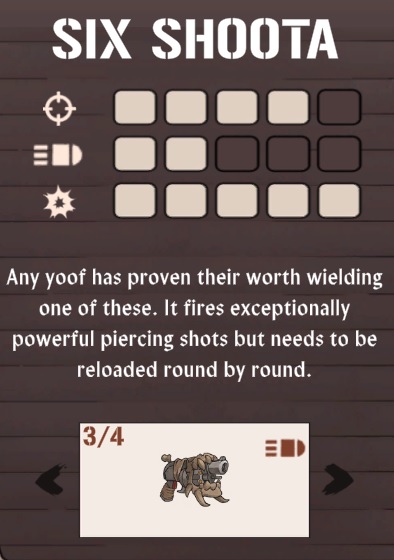 Shoota, They is all terrible

The shootas are not very good at killin’ things fast. Pick the bolta I guess, its a little better making things dead. 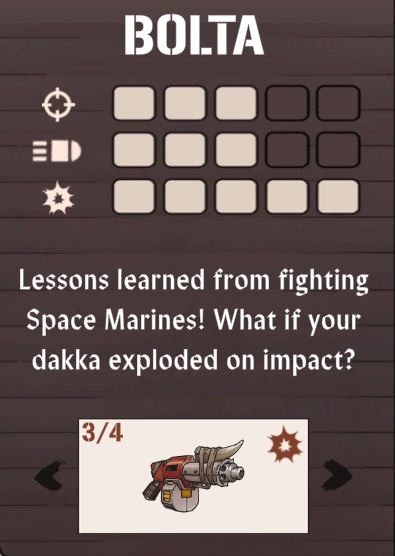 Boomstikk, Good in a pinch

‘ere you have a choice. If you get up close and personal the double barrel will cut em in ‘alf faster than they can squeal. But if you got ’em wounded and you ain’t looking good ya’self the Zzapstikk can suppress an entire room all on its own. Doesn’t do much damage but it won’t miss. 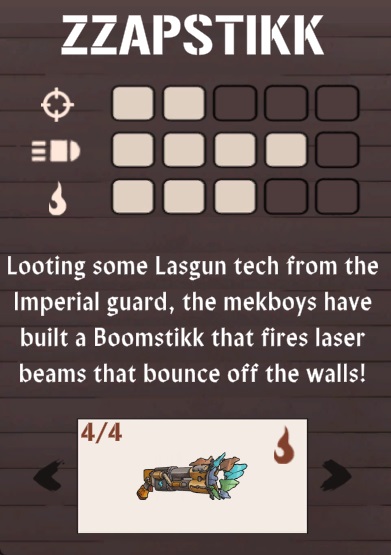 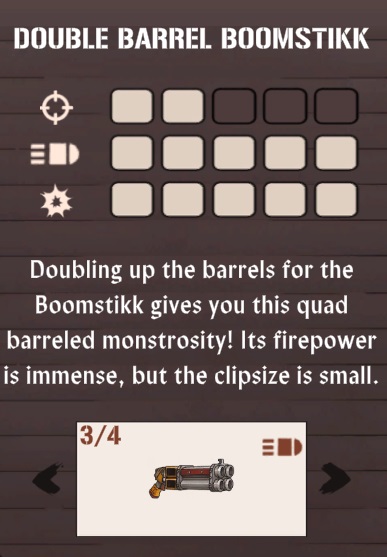 Now you may be sayin, but it goes boom, its gotta be the bestest. No, too slow to reload, but if you ‘it em first with this then you can end em with something smaller.

Now, don’t get me wrong, they are all fun to blast things apart with, but one is better at it. The Stikky Bomb Launcha. You hit an enemy with that and retreat, they can’t do nothin’ about it but wait for it to pop. If you’re hot on their tail then its childsplay to finish em. 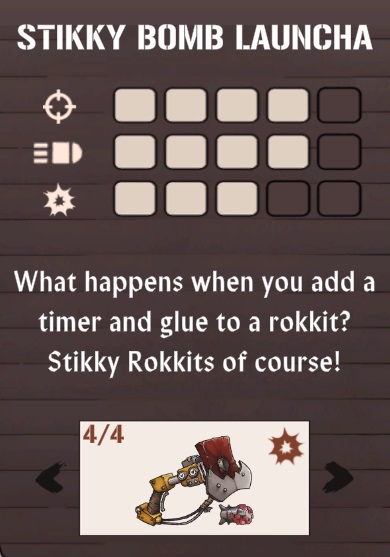 I’m of two minds about em, they burn things which is good, but they don’t burn em very fast. The only one that does ok damage is the Skorcha. You got your prey cornered or low on health you pop this out and flood the room in fire. Its a right good laugh. 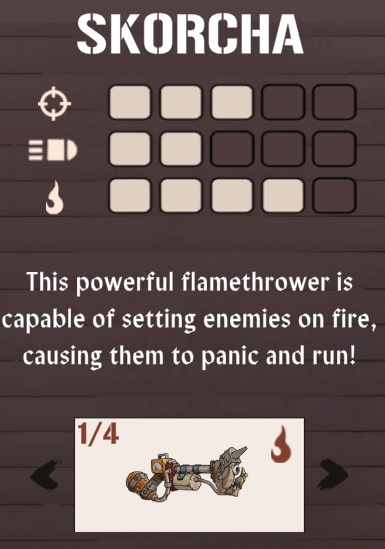 Look at the pictures and pick those weapons.
Best pair by far is the Six Shoota and the Stikky Bomb Launcha. Use those and always win, no joke.

And you may be asking yourself who is this ork and why do I ‘ave to listen? Well me and mymate had a blast killin’ each other. Put the results down ‘ere.

We may be the first people to get Best Orks. As of right now we might be the only ones. So you best listen to us.