I don’t know if this exploit is known already but I found no guides under “Madison” keyword so I’ve created my own.

How to kill Iron Madison – solution

If you want to help Cindy but you can’t beat Iron Madison in fight, read below.

– You need to have at least 150 arrows if you’re using basic gardener’s bow and have no skillpoinst in ranged weapons. Otherwise it will take less arrows.

– Start the fight with a dodge. As soon as she finishes speaking hit S two times (worked for me). Madison will do her dodge almost the same time and she will get blocked on a wooden pillar close to her chair. Hitting her with melee weapon makes her “wake up” and return to fighting against Jax. However you’re free to hit her with bow and she will remain glitched.

– Shoot her until she dies. 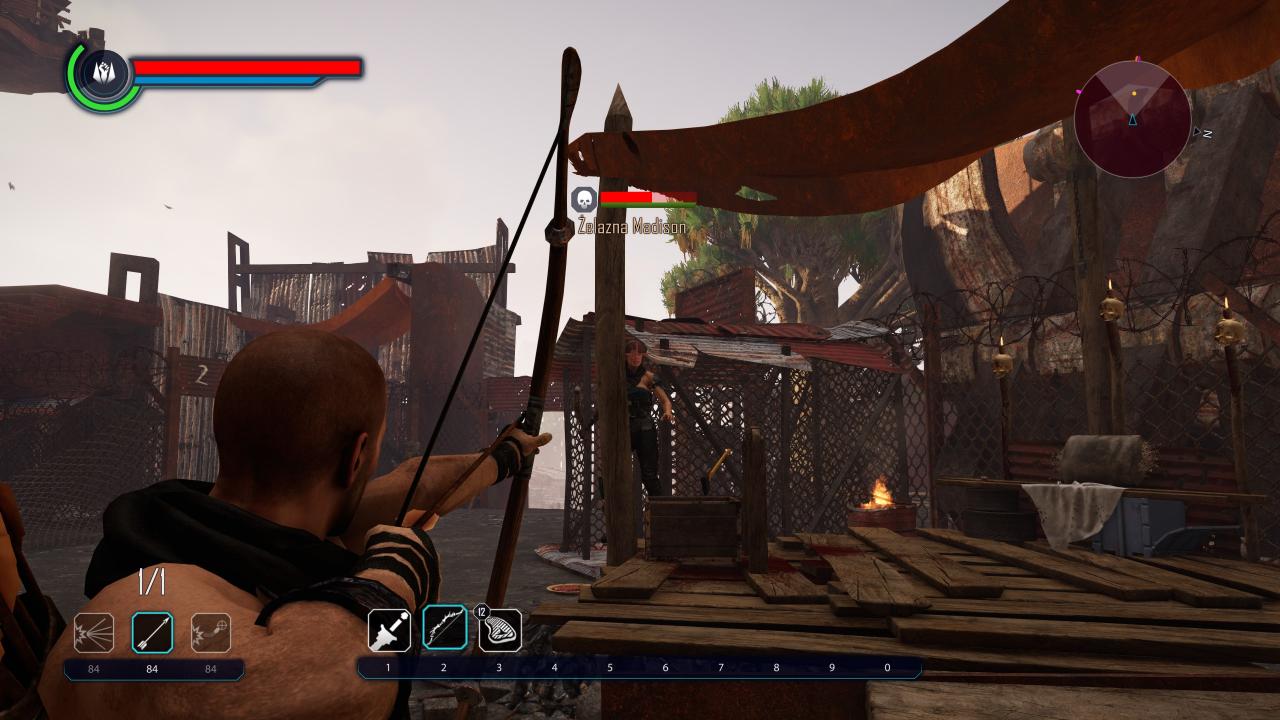 Playing on hardest difficulty Madison could kill me with 2 hits while I dealt her almost no damage.
However I wanted to help Cindy ASAP for roleplaying so I started to think about smart way. When strength fails, wisdom succeeds.First thing I tried was to lure Iron Madison to mines close to the arena however I was surprised to discover that mines don’t deal any dmg to NPCs in this game.

Second thing was to lure her outside the city to some deadly monsters so they will kill her. This failed because she simply turned around at the border of the city so she couldn’t be lured to open desert.

Then after few lost fights I noticed that when I start the fight with dodge, she can get blocked. I thought it’s nothing useful as hitting her with my sword made her return to normal. My prospects changed when I tried bow. First time, I ran out of arrows. Second time, I came prepared and killed her by shooting almost 150 into her head.