Quick and easy guide to help you kill the Intangir. This isn’t meant to be an efficient way to kill it, just the easy way. You need to fill that bestiary up somehow…

So… you’re playing FF6 and want to complete the bestiary. You blaze through the first half of the game without any major issues. However, you notice that you have one more bestiary to get before you head to the floating continent and trigger the apocalypse.

Intangir is a foe that many people gripe and complain about. Without having access to guides, this monster will cause the average player to rage or be really confused. Other than physical attacks, nothing seems to really damage it, and when you successfully deal damage, it punishes you HARD with a meteor attack.

This guide is gonna briefly show you the monster’s stats, as well as detail an extremely safe method of killing it without the need to grind for ages. 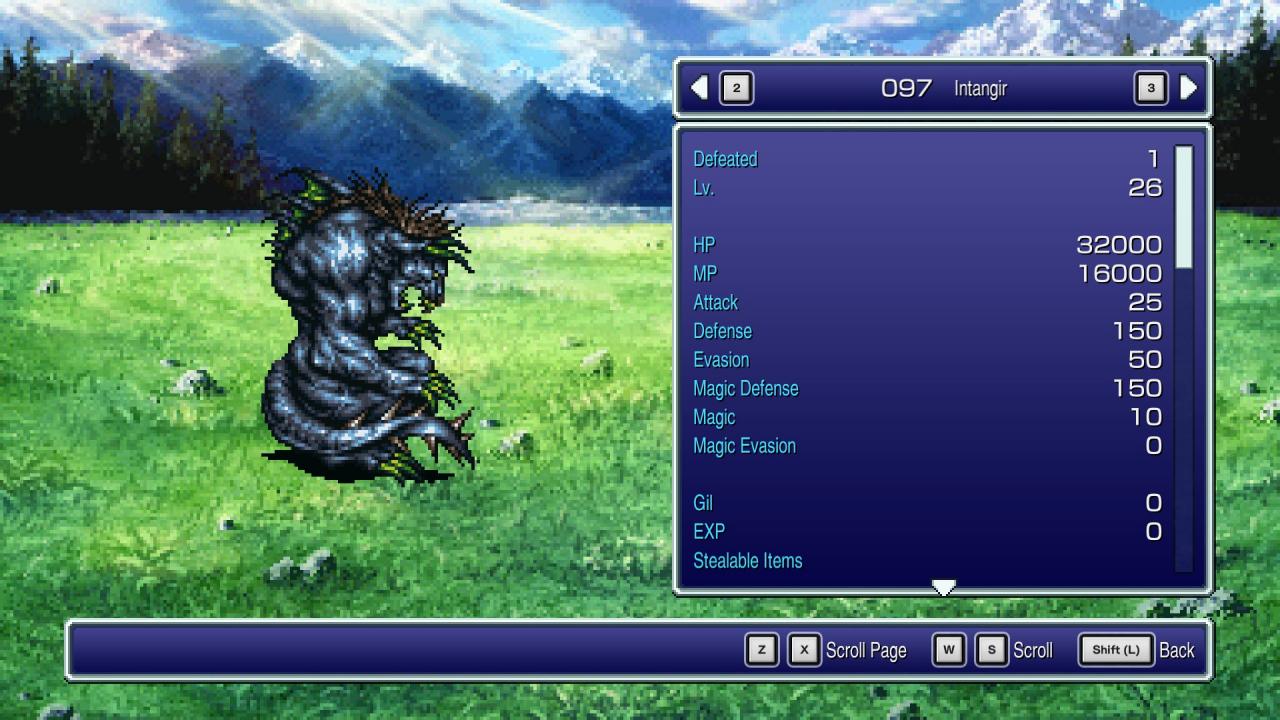 Intangir is found on a lonely island in the Northeast corner of the map. 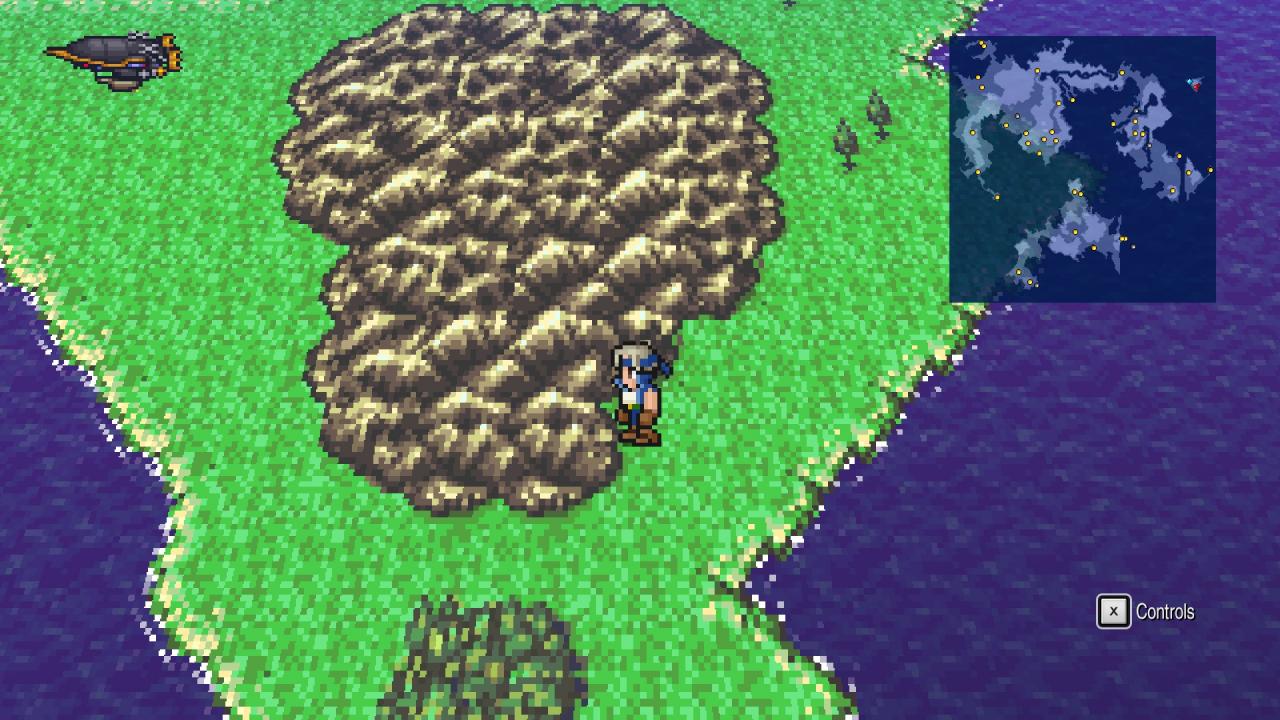 First off, I would recommend putting this fight off until just before you head to the floating continent. You must have access to the airship in order to find this enemy, and there’s no real point in fighting it earlier in the game.

Secondly, select the party members you want to use for this fight. I suggest members with naturally high magic stats. Terra, Celes, Strago, and Relm are good choices. Teach all of your selected members the RASP spell.

Rasp can be learned from both the Shiva and Zona Seeker magicite. Shiva teaches at a x4 rate and Zona Seeker at a x20 rate. Shiva is acquired while going through the magitek research facility, and Zona Seeker can later be purchased when you are able to return to Jidoor and the auction house.

But don’t wait too long!!! Keep an eye on your MP to make sure that a character doesn’t run out. If they do, they will do a standard attack. This runs the risk of waking Intangir up. Don’t wake Intangir.
You won’t like it when it’s awake.

Given that Intangir has a whopping 16,000 MP, its gonna take a while to drain its entire MP pool. You will have to refill your MP several times. I would advise against using osmose to fill your MP. It seems to trigger Intangir to wake up. Use ethers or elixirs to refill.

When that MP finally hits zero, Intangir just dies. Nothing fancy about it.