Here are all locations in Growing Up.

Growing Up All Locations Guide

Locations in this game unlock in a strange way. Unlock is tied to the friends’ Stories, and the game needs to send you to the location according to the plot. In most cases, there are alternative ways to unlock (buy a ticket or reach certain skill), but there are places where it is impossible to get to if the game doesn’t give you the required character as a friend. Sometimes this leads to absurd situations, for example, you can graduate from school without knowing where the school toilet and library are. 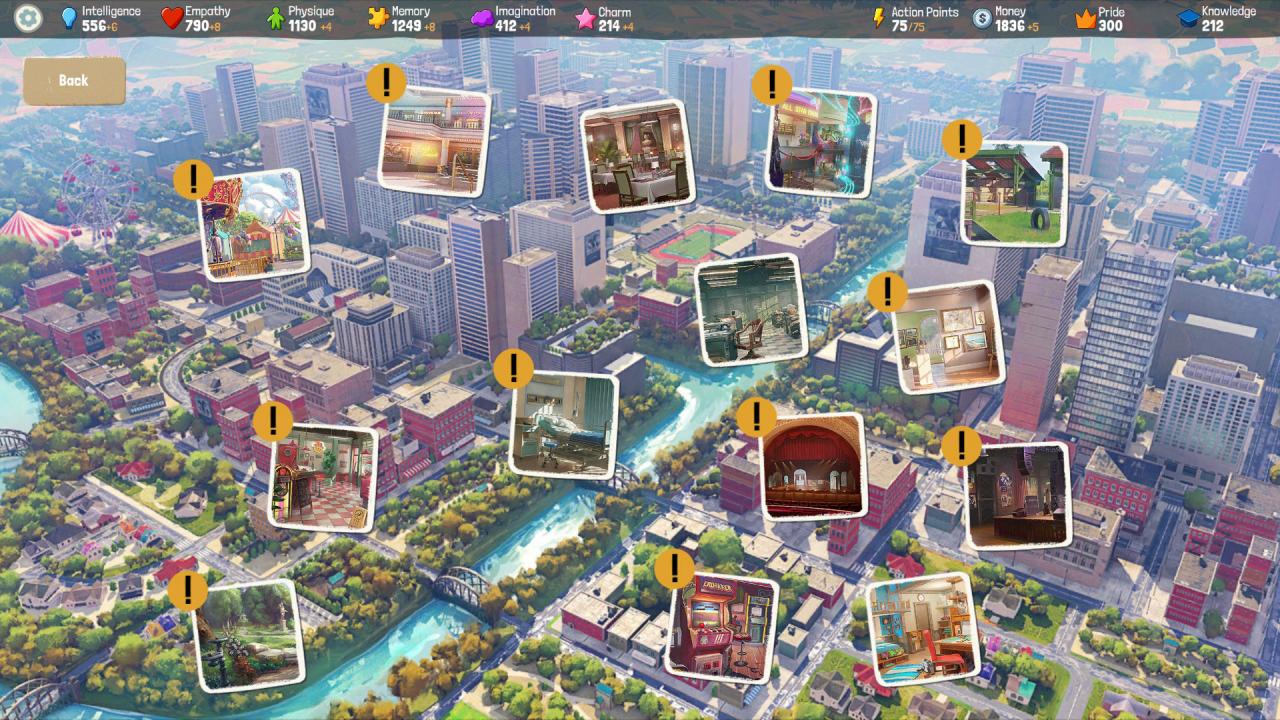 The unlocking conditions are listed below. If the conditions “have this character as friends” are fulfilled, the location will be unlocked as the story progresses.

Red Checker Cafe
Opens at the beginning of Middle School.

North Pine Galleria
Opens at the beginning of Middle School.

Ghost Water Walk Park
As the story progresses, with any character.

Cineplex 8
Have Richard, Wendy or Nathan as friends.

Hospital
Have Alex, Alicia, Felicity, Nathan of Vivica as friends.

Police Station
Have Wendy or Vivica as friends.

High School Bathroom
Have Alex, Richard, Wendy, Nathan or Kato as friends. There are two toilets in the school (male and female), if you have required characters, you can unlock both (there is no benefit from this, both sell the same cheat sheets).