Looking to gather experience points as quickly as possible in Tales of Arise? Then these tips will help.
froming cooking and so on 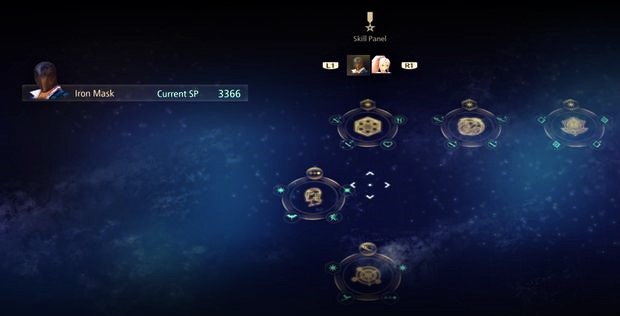 Before beginning, it’s important to know how leveling up works in Tales of Arise. Characters can improve themselves in the normal RPG ways. Fight battles and gain experience points. Leveling up then will boost all stats on a single character. It’s also important to note that even if a character isn’t in the battle party, everyone still gets experience.

The other way to improve characters, besides equipment as an extra side note, is through the skills menu. SP, or Skill Points, can be used to unlock stat boosts as well as new moves. One of the most important skills to unlock right away is the one that can defy death. This grid can also unlock new Artes. SP is gained a little by fighting but it is mostly gathered through side quests so don’t ignore those.

The other way to improve characters, besides equipment as an extra side note, is through the skills menu. SP, or Skill Points, can be used to unlock stat boosts as well as new moves. One of the most important skills to unlock right away is the one that can defy death. This grid can also unlock new Artes. SP is gained a little by fighting but it is mostly gathered through side quests so don’t ignore those.

There are a few ways to improve how much experience points are gained in the field. Like other modern RPGs, Tales of Arise features a food system. It’s a trait that actually precedes many modern RPGs as this has been a standard in the Tales series for ages now. The world is a pretty open place and it can sometimes take a while to get to an Inn so that the party can replenish their health. 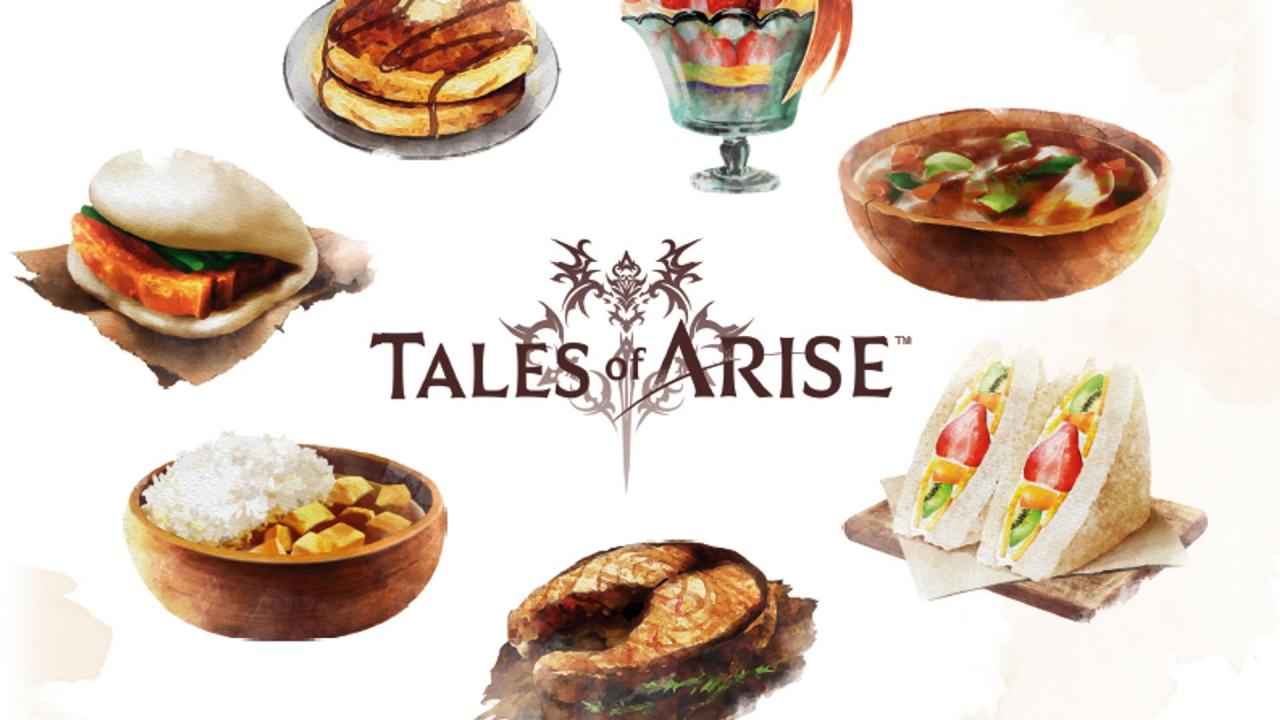 That’s why the developers put in Campsites. It is here where players can make food to temporarily boost stats as well as test their weary bones. The Fruit Sandwich, for example, can boost experience gained. The Fruit Sandwich is one of the more important early recipes to utilize if one wants to grind, even if the idea of a white bread sandwich with fruit is not, in reality, appealing.

Before farming XP, make sure to cook XP+ Boost food. Leaf-Wrapped Fish is always a good choice. Make sure to cook with the proper character to get the +20% cooking effect duration boost. That just means you’ll be able to grind for XP longer with the XP boost effect still active. 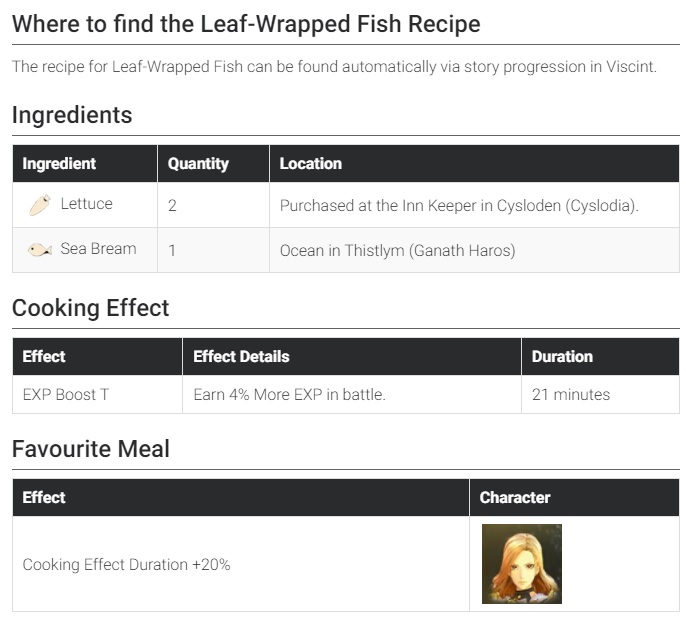 To farm XP, you just need to find monsters that give the biggest XP from defeats. These are some of the best monsters I’ve found so far — to reset, fast travel to a camp after defeating the monster, rest (and save) then travel back out to fight them again. Rinse and repeat as many times as you need to level up.

This game has many ways to enhance your abilities, with one of those ways being through the game’s cooking system. While many of the recipes require you to harvest meat from the Ranch you gain access to via a Sub-Quest, it is more than worth interacting with due to their significant buffs that will help you out immensely.

Cure Points (CP) are an essential aspect of Tales of Arise’s combat system and even have crucial uses outside of battle. However, maintaining your CP meter can be demanding as it is only restorable via potions and very few recipes. And, even then, the recipes don’t replenish much CP… For the most part.

The Heal CP After Battle (L) buff is one of the best perks in a recipe as it restores 20 CP at the end of every battle, allowing you to slowly build your Cure Point Gauge back up if you are in dire straights.

Whether you’re using potions to heal or relying on CP to keep your Party topped off, it will inevitably take a toll on your resources and Gald. However, a few cooking recipes will allow you to gain back health after each combat encounter.

With the Heal HP After Battle (L) recipe buff, your party will have 20% of their max HP restored after each combat encounter, allowing them to stay in the fight if you’re running low on potions or CP. The following recipes will help you out significantly and help keep you afloat. 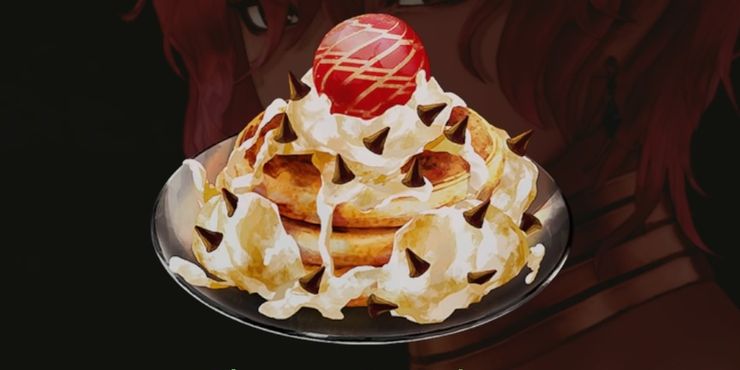 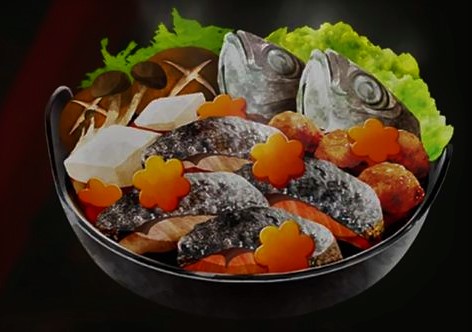 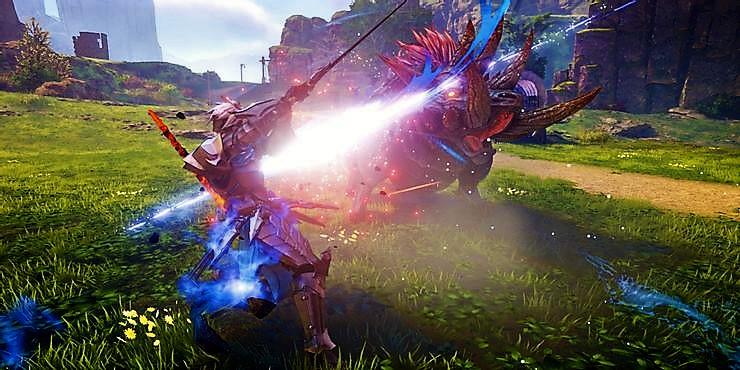 You can never go wrong with more damage, especially in Tales of Arise’s end game content that requires you to have the best of the best gear to take on everything the game throws at you. Even with the best equipment in the game, some recipes can grant you a significant boost to make it worthwhile.

Enter the Attack Up (L) recipe perk, which grants the entire party a 16% Attack Boost, offering an absurd increase in your damage output. Not only is this buff useful in most situations, but it will also help you out drastically in Tales of Arise’s end game content. 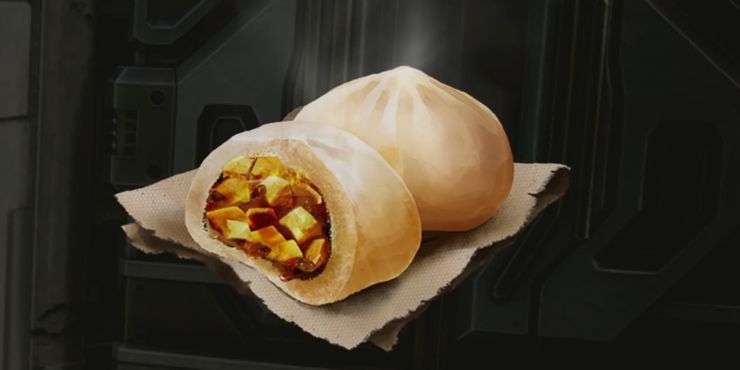 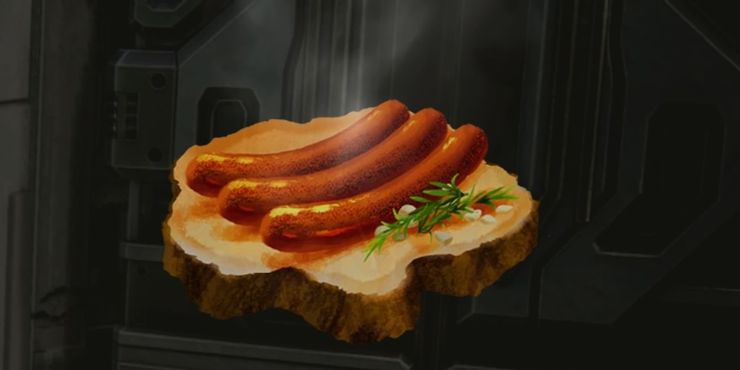 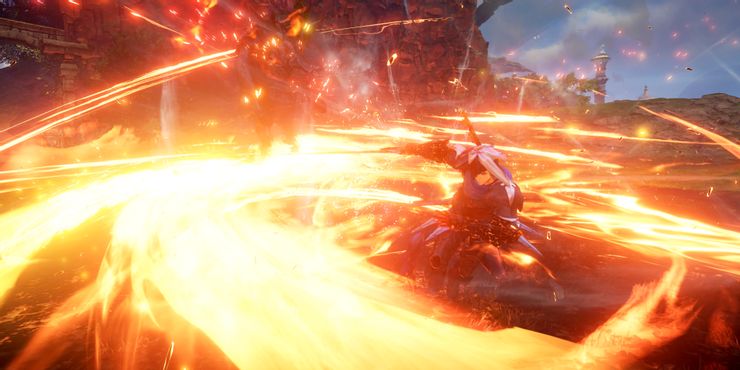 Using Astral Artes is the name of the game, so naturally, anything that enhances your Elemental Attack output will get welcomed with open arms. While many Skills in the Skill Panel or Accessories will improve your Elemental Attack, this recipe buff will stack on top of those, making for some severe damage.
Shortcake 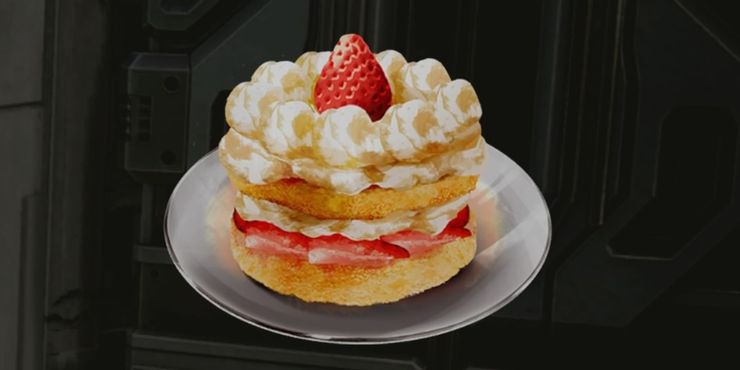 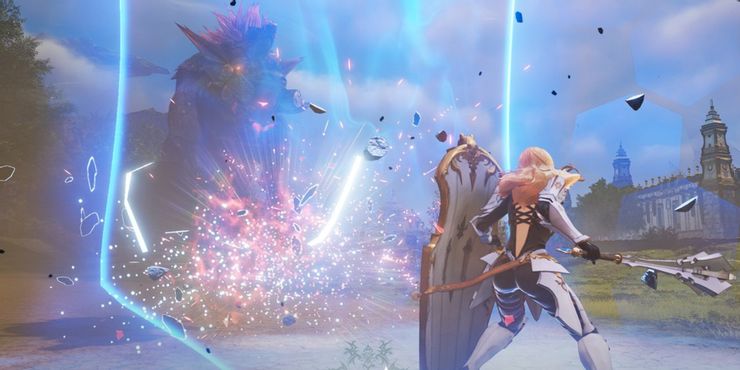 Many enemies, especially in the early goings of Tales of Arise, will deal lots of Physical Damage to you and your party. Upping your defense by any means necessary will help overcome formidable foes whose arsenal primarily consists of Physical Attacks, and the Defense Up (L) Cooking Effect does just that.

Your entire party’s Defense stat will be increased by 20% whenever cooking a recipe that grants you the Defense Up (L) Cooking Effect. This sharp increase in defense will undoubtedly have you stay in the battle much longer and is one of the best recipes in Tales of Arise.
Meuniere 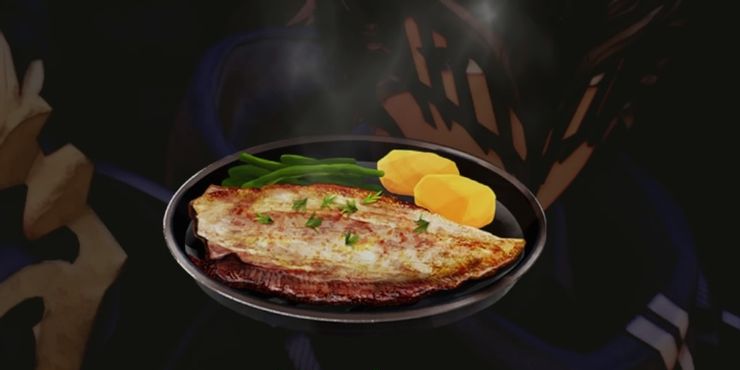 Recipe Name – Meuniere
Ingredients – 2 Wheat 2 Lemon 1 Flatfish
Cooking Effect– The entire party will have their Defense stat increased by 20%.
How To Obtain – Recipe found in a Blue Chest on the Uninhabited Island after completing the “Beyond The Grave” Sub-Quest. The chest will be accessible after defeating the boss in the Sub-Quest. 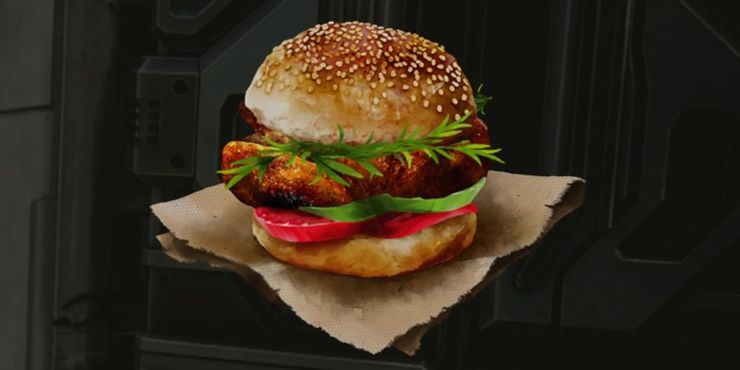 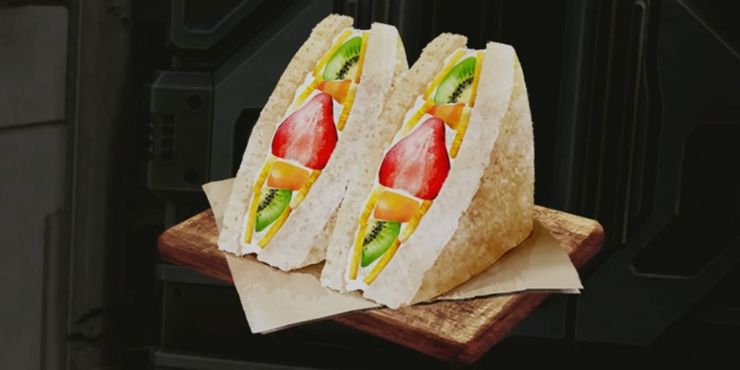 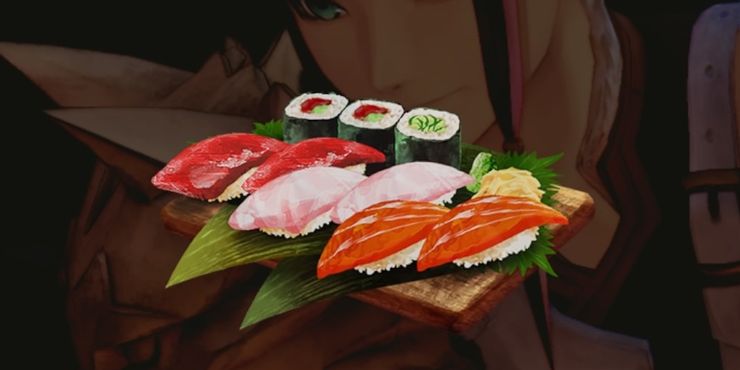 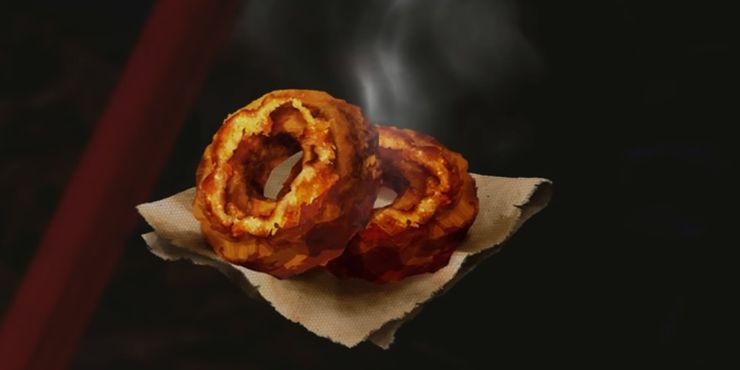 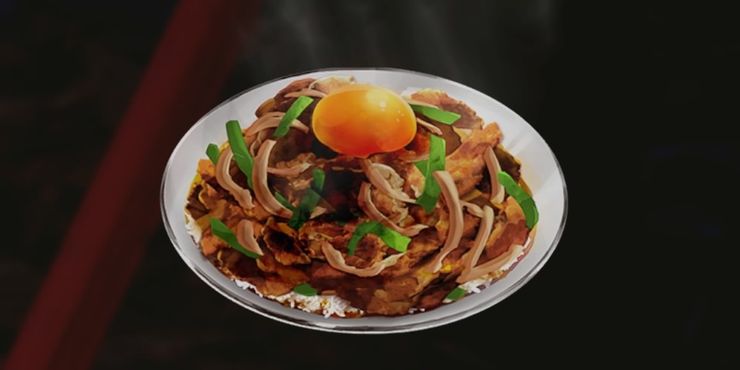 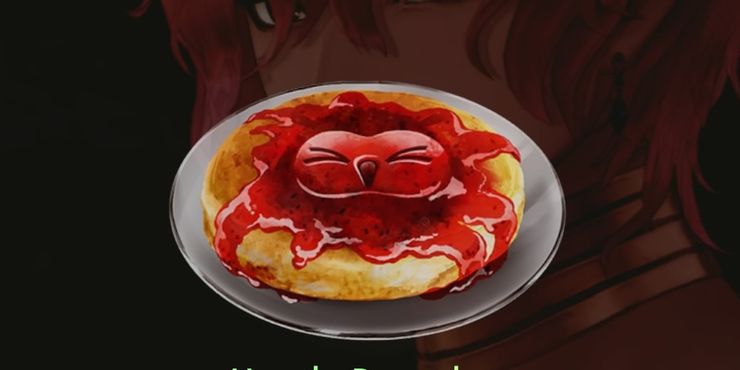 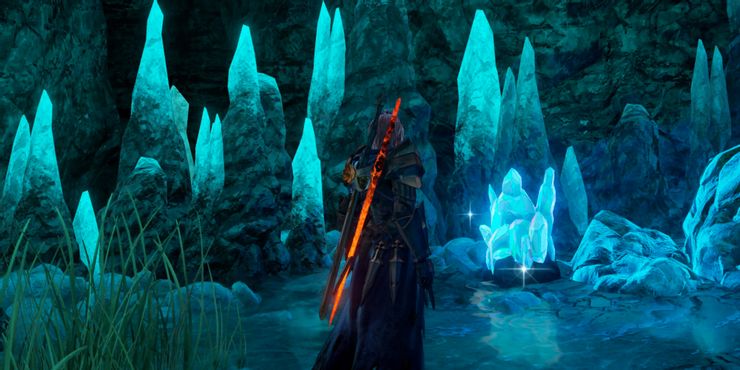 Throughout your adventure in Tales of Arise, you will mine tons of mineral deposits for materials used to craft accessories and weapons. However, the standard amount of materials mines from a deposit can be a bit underwhelming, but with the right recipe, you can get lots more out of them.

With the Obtained Ore Up (L) recipe bonus, you will extract much more materials from mineral deposits when mining them. This perk is valuable for farming minerals to sell, craft many weapon/accessory 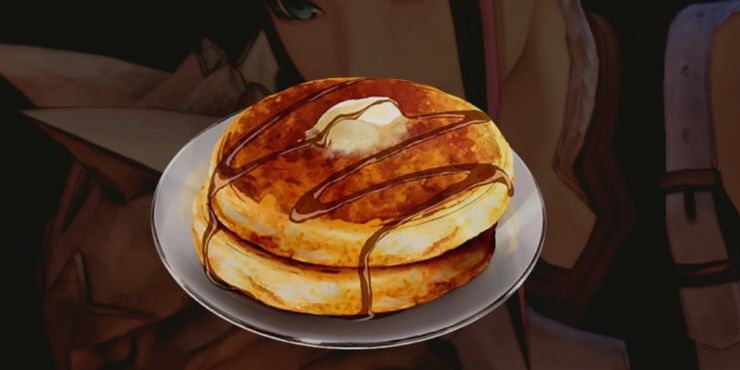 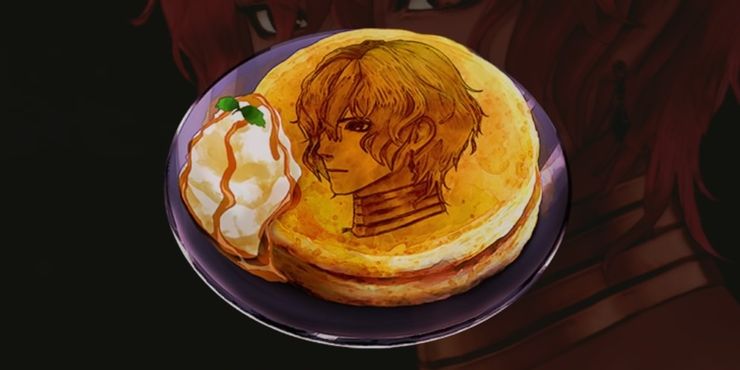 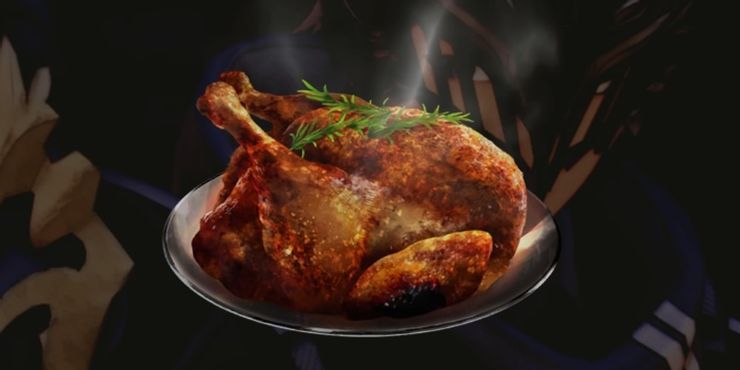 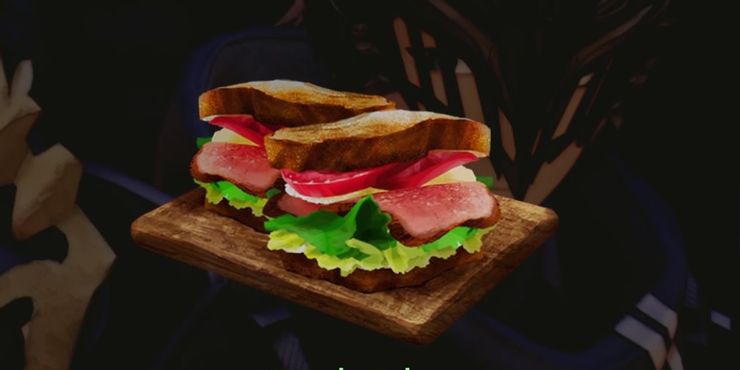