Let’s make an invisible village! But how to?

So, let us go straight to the point. Do you think is this a magic mod or a town of ghost npcs? 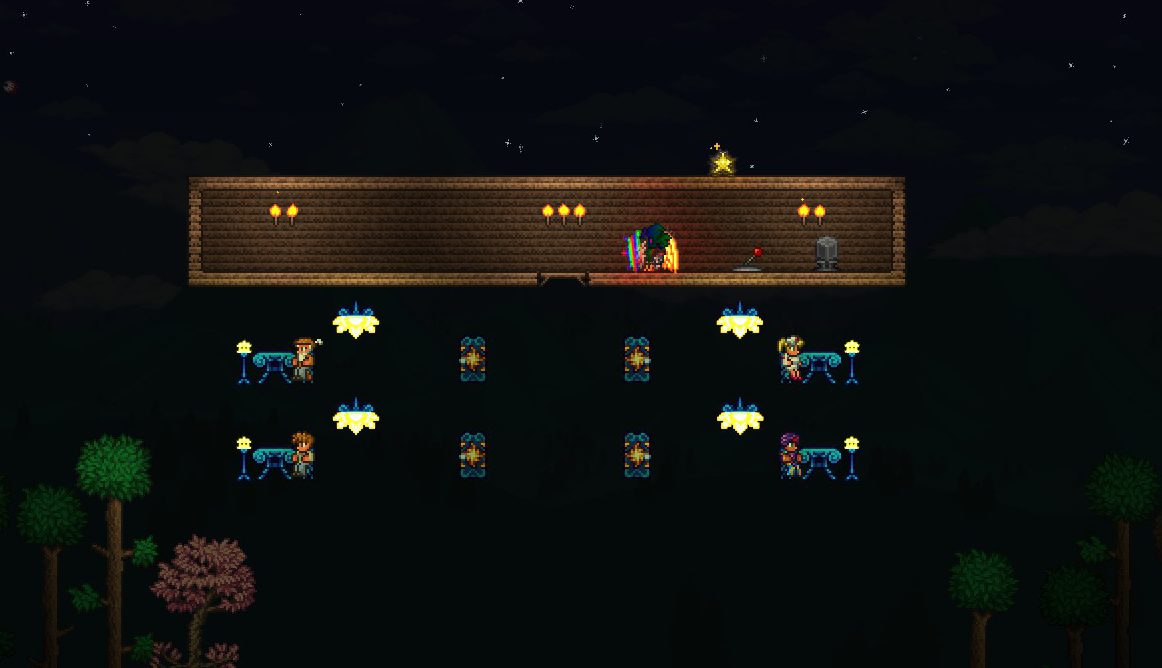 If so, then it is not and this guide is all about to inform you how to do it. By the way, now look at this 2nd picture. What is the special difference do you notice here with the above one? 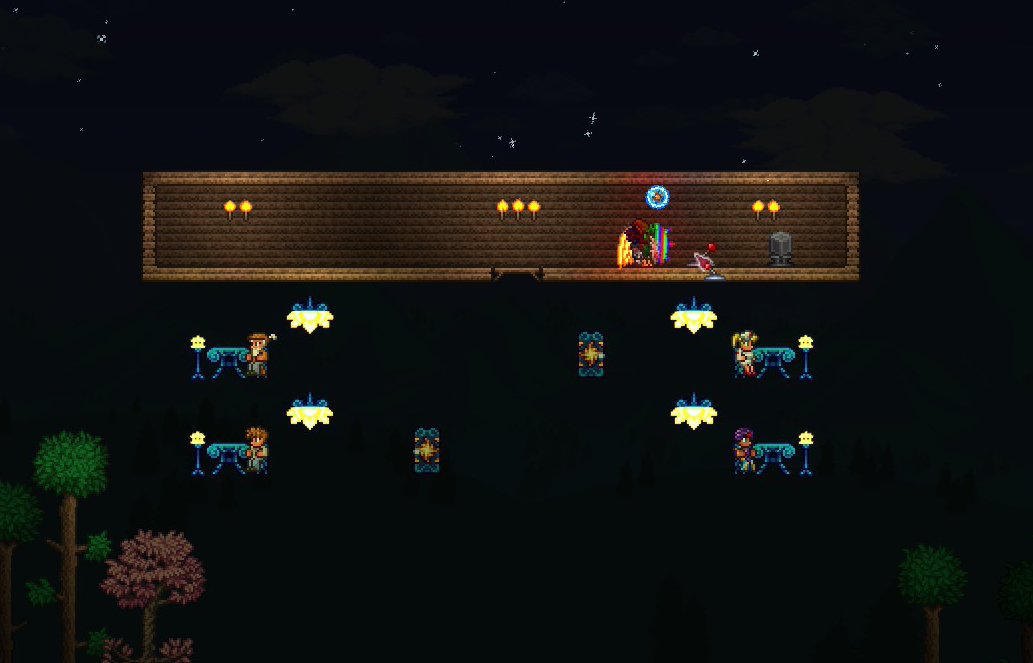 Yeah! right! The difference is that in the second picture among the 4 doors only 2 are visible.

If the Cyborg NPC is placed in the graveyard mini-biome (make a graveyard with at least 7 Tombstones) then he sells some special items. In which you will find “Echo Blocks”.

These Echo Blocks are the blocks by which if you make your house then it can be invisible. 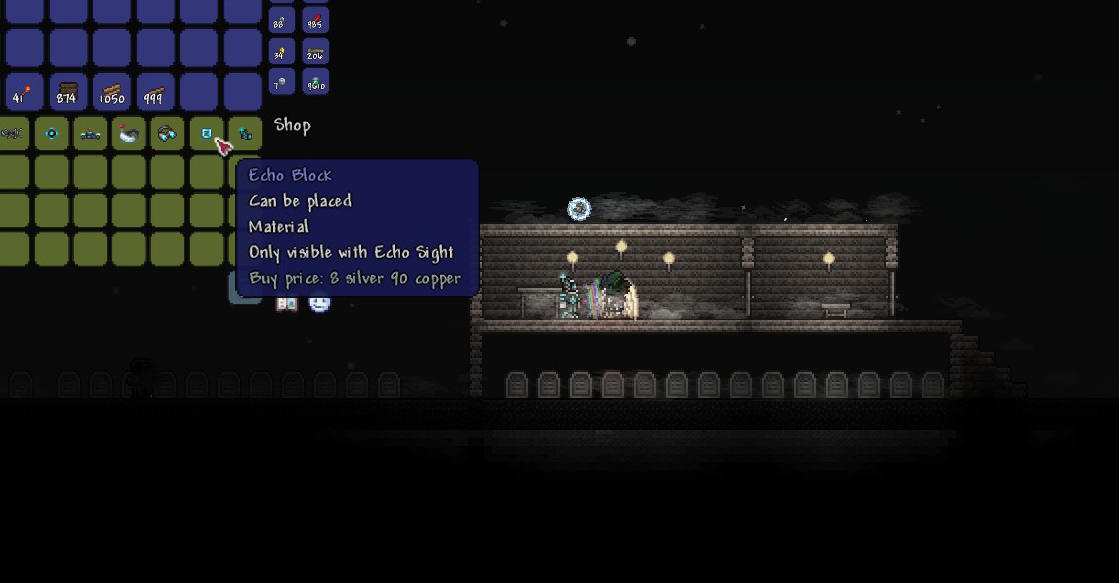 Notice that there is one more thing Spectre Goggles! This is extremely important because placing this in your ‘Accessories’ slot grants you vision to see invisible blocks while placing those or anytime. 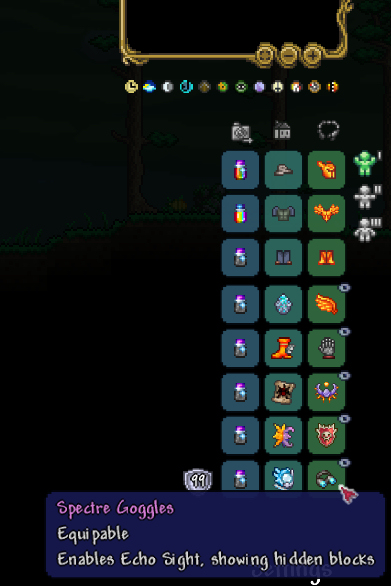 Well, now you have Spectre Goggles and so what you should see? Yes, the house was built by Echo Blocks and Echo walls (crafted). Once you will move the Goggle from there, things will be invisible again. 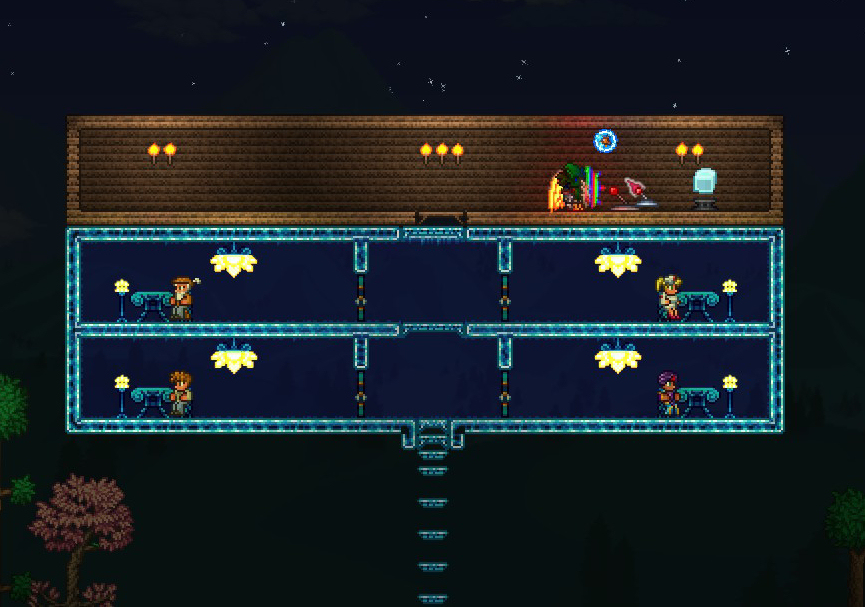 Since we are talking about crafting, so we need one more items and let us craft it too…

So, now we got the new items Echo Chamber. This one is important to make the house easily visible and invisible with the help of some other electrical equipment.

So, the other equipment we need are as follows which can be bought from the npc Mechanic…

Any 1 of the 4 Wrenchs
And these (Lever, Wire and may be Wire Cutter too)

Now we establish the little circuit we need to make the house toggle between visible and invisible states. We had done it by keeping the wire in our ammo slot and taking the wrench at hand and then connecting the Echo chamber with the Lever. Note that, “the effective range of the Echo Chamber while active is 90 tiles in each direction”. Now, pulling on or off the lever we get the state change of the Echo Chamber and so also the visible and invisible states of our house.

But, now what about the doors or the furniture which are still visible? Well that is the last trick of this guide. And not only those but the bottom of the hall where i am standing is also going as visible and invisible.

where Paintbrush is needed to paint some blocks / walls / furniture etc. and Paint Scraper is needed in case if we want to remove the paint from those.

Except these 2 we also need Echo Coating

which only can be purchased form the Painter if he is living in the Graveyard during hardmode only.

Now, you got all and so paint the blocks or furniture or anything by the paint brush that you want to be invisible along with the house and that’s it! In the 2nd picture above, I had painted 2 doors and that is why those are invisible with the house while other 2 are not.