A short guide on how to keep your helper at a distance while farming to make it easier to collect the golden harvests.

Do you hate it when your farming helper steps right onto that golden crop and wants to chat while your profits are melting away? Or do you just not want Goofy having a good look while you pick up each crop?

Then this is the guide for you. 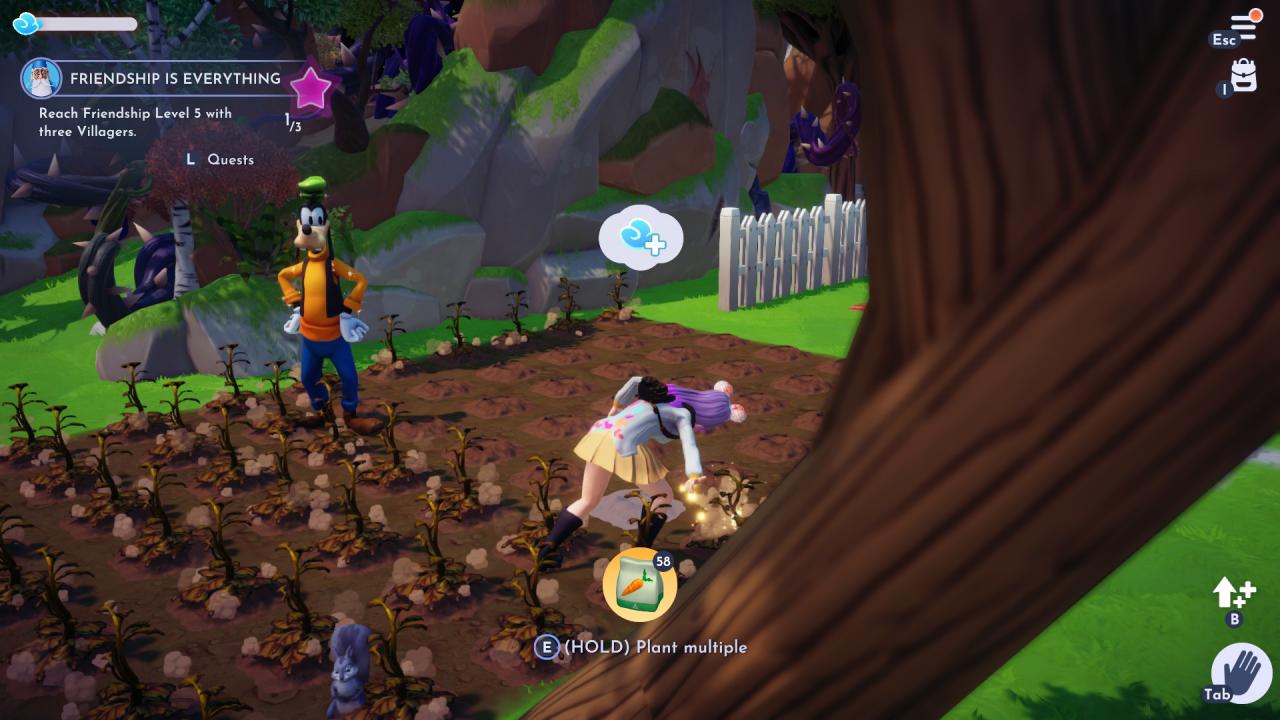 “Where them eyes looking, Goofy?”

Now it’s time to head to your farm. Make sure your helper is in at least the same area as your farm is. Just next to it is fine. If they’re in a different zone then they may not register when you pick the crops (for the bonus at the end) or if they do they will create a huge mess.

When you have your helper in a good spot then go into build mode and place a fence around where they’re standing. They will disappear while in build mode but it’s easy enough to imagine where they were. 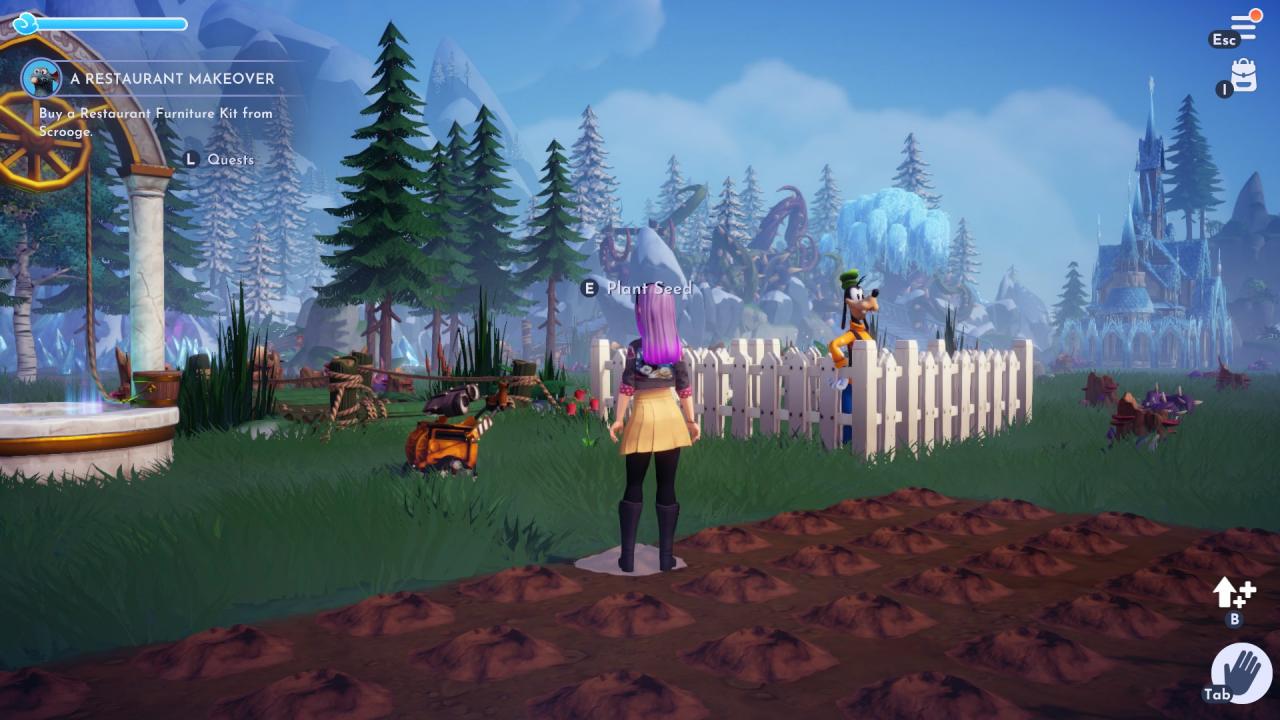 Now they will stay in there while you harvest your field. This makes it so much easier to pick the golden crops and you don’t have to stop all the time to pick up their extra crops (Don’t worry! We will still get the extras at the end) 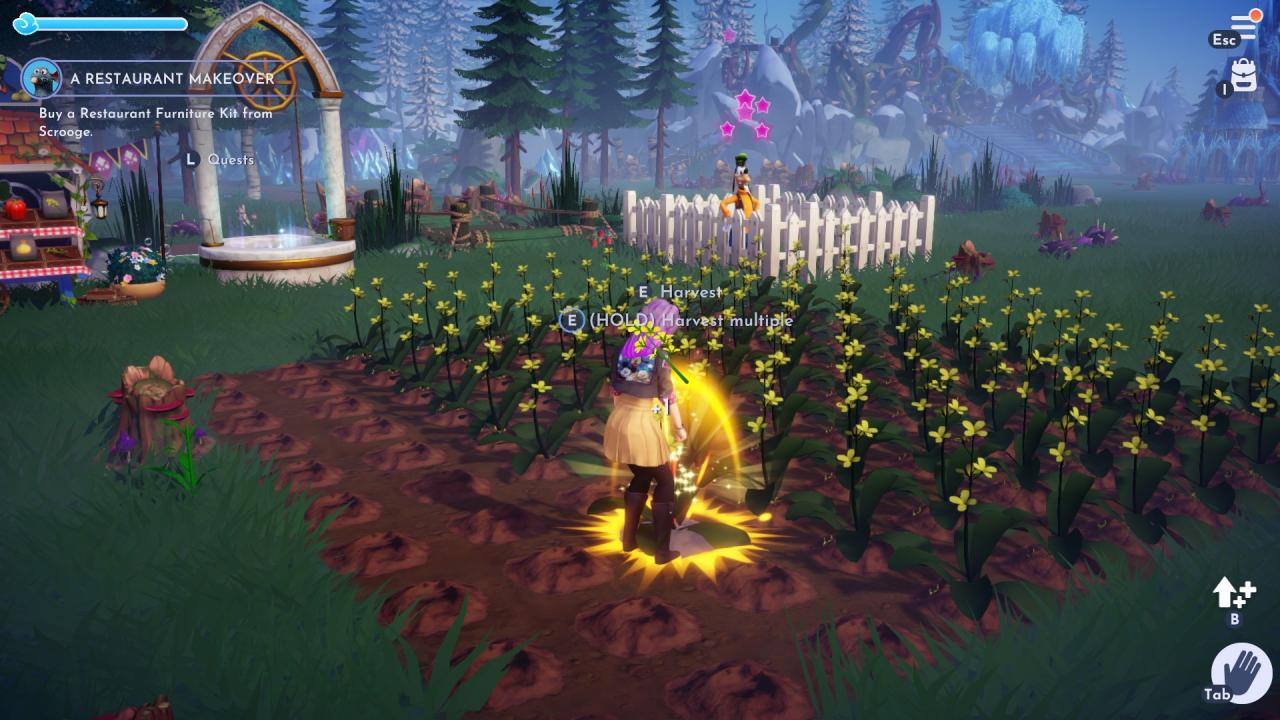 A good idea is to also drop or store any seeds you may have. This will stop the “plant seed” inventory from popping up making it even easier to collect the golden harvest.

After finishing your harvest it’s time to collect the bonus crops that your helper would normally drop.
This part can get a little bit scary if you haven’t done it before as it can make quite the mess depending on how big your farm is.

Go into build mode and delete the fence around you helper. Go back into play mode and be prepared for the game to lag, and in some cases freeze, for the next few seconds.

Your helper will explode into all of the bonus crops that they would’ve dropped during the harvest. 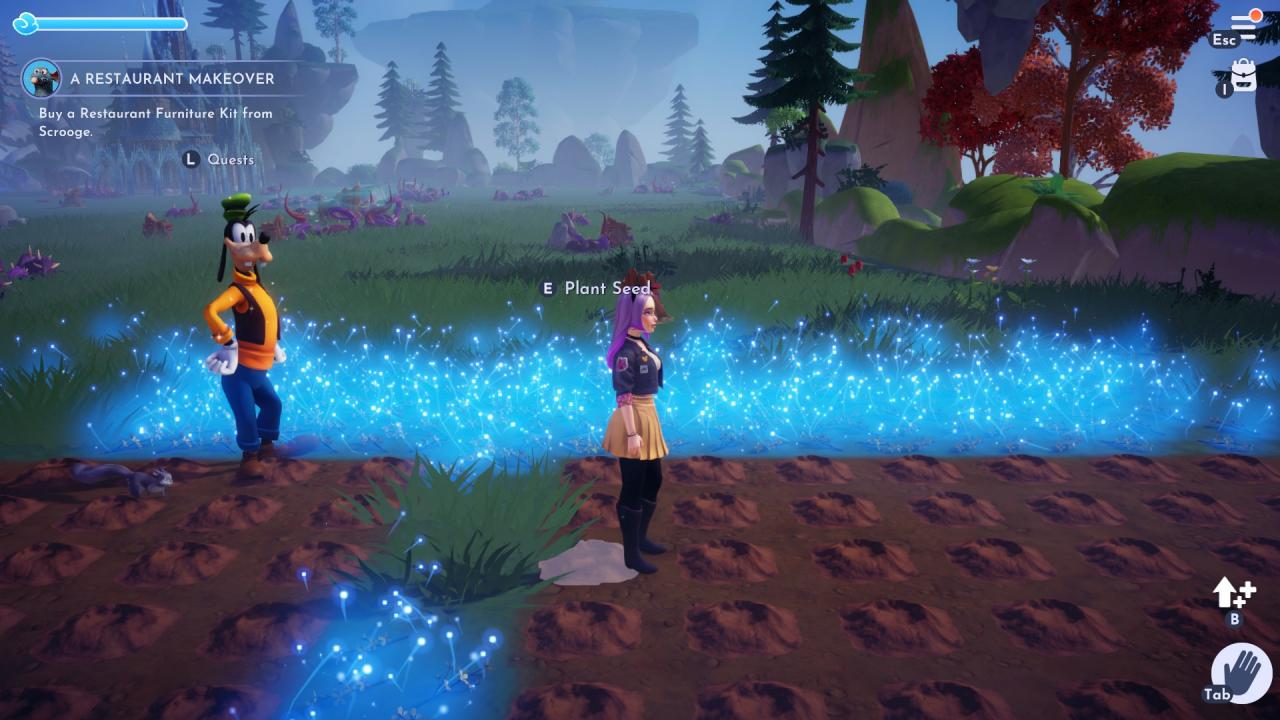 Make sure to pick these up as quickly as possible or the blue glow will disappear and you’ll have to pick them up one by one. With 200 crops this was a relatively small “explosion”. If you have more you may find that they explode upon the entire zone. This is why you MUST have your helper in the same zone as you. If they’re not then they will explode over the entire map!