This guide will show you an optimal route for completing the Slipgate Pacifist achievement, unlocked by completing the first map without firing any shots.

Preparation
To obtain this achievement, you must first be playing in Nightmare Mode, which can be activated using the instructions found in this guide.
Next, make your way to the entrance of first episode and switch to the axe. Please note that any shot from a gun will disqualify you from earning this achievement, so you must use a melee weapon to activate buttons. 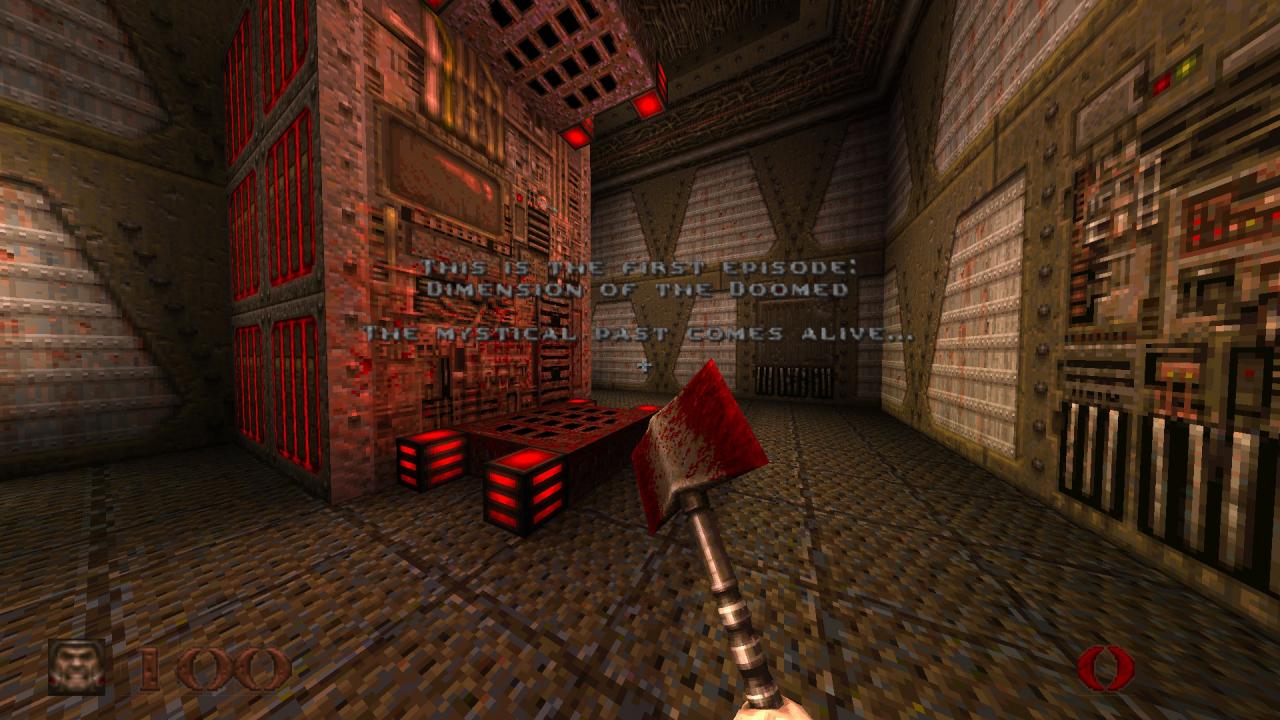 Routing
From the starting point of the level, quickly make your way to the elevator on the left, run past the grunt guarding it, and activate it to go downwards. 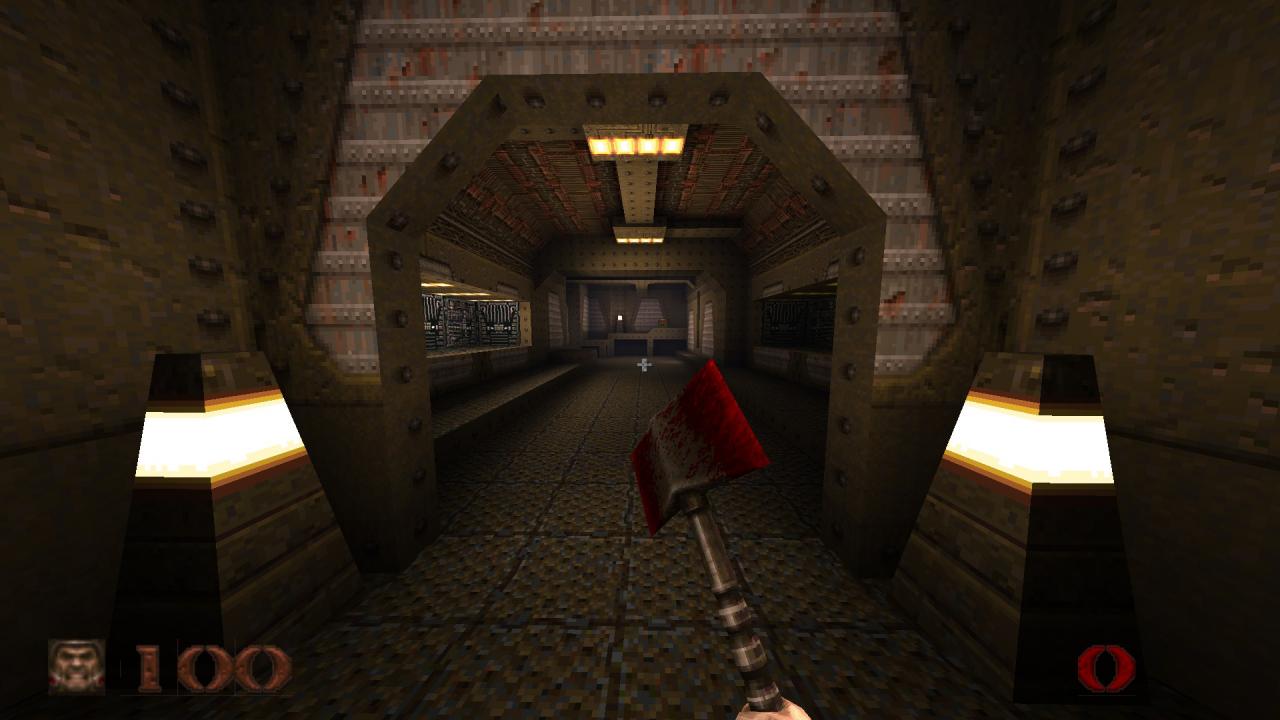 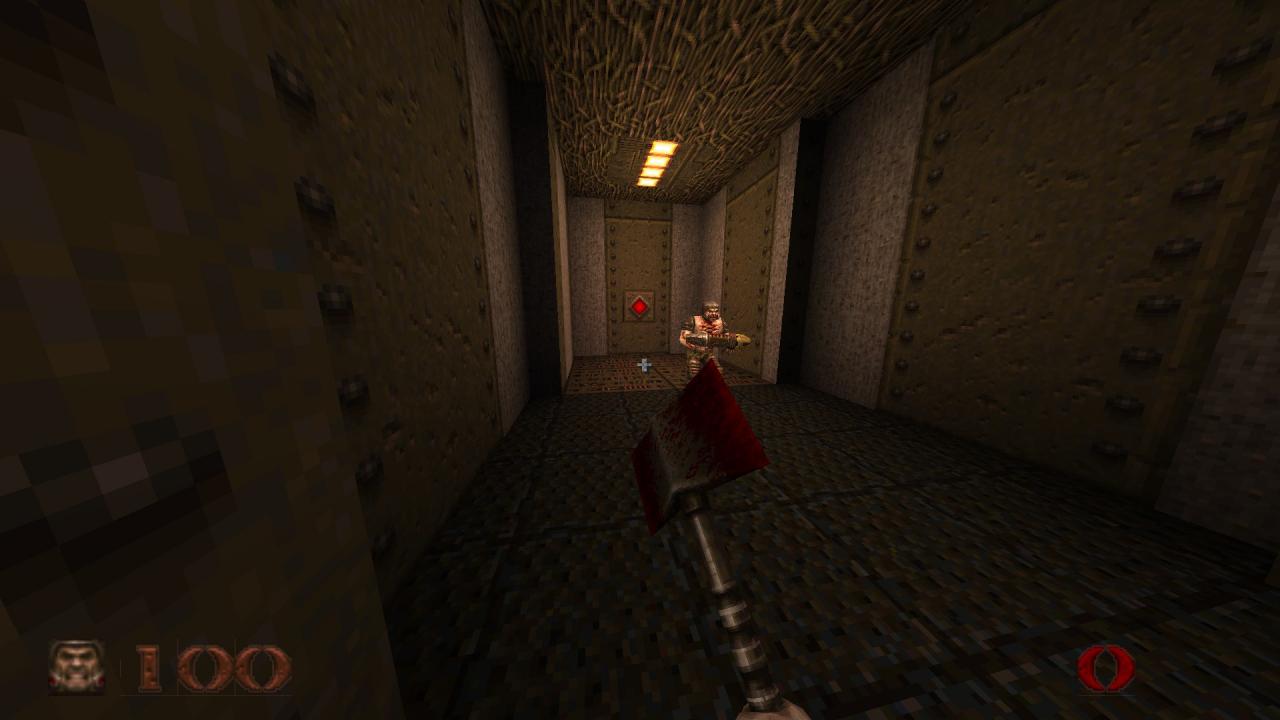 Then, enter the moat underneath the bridge (while trying not to be damaged) and turn right to enter an underground cave area. This area contains items essential to the run, including a large health pack that increases your health by 100, and a suit of armor. 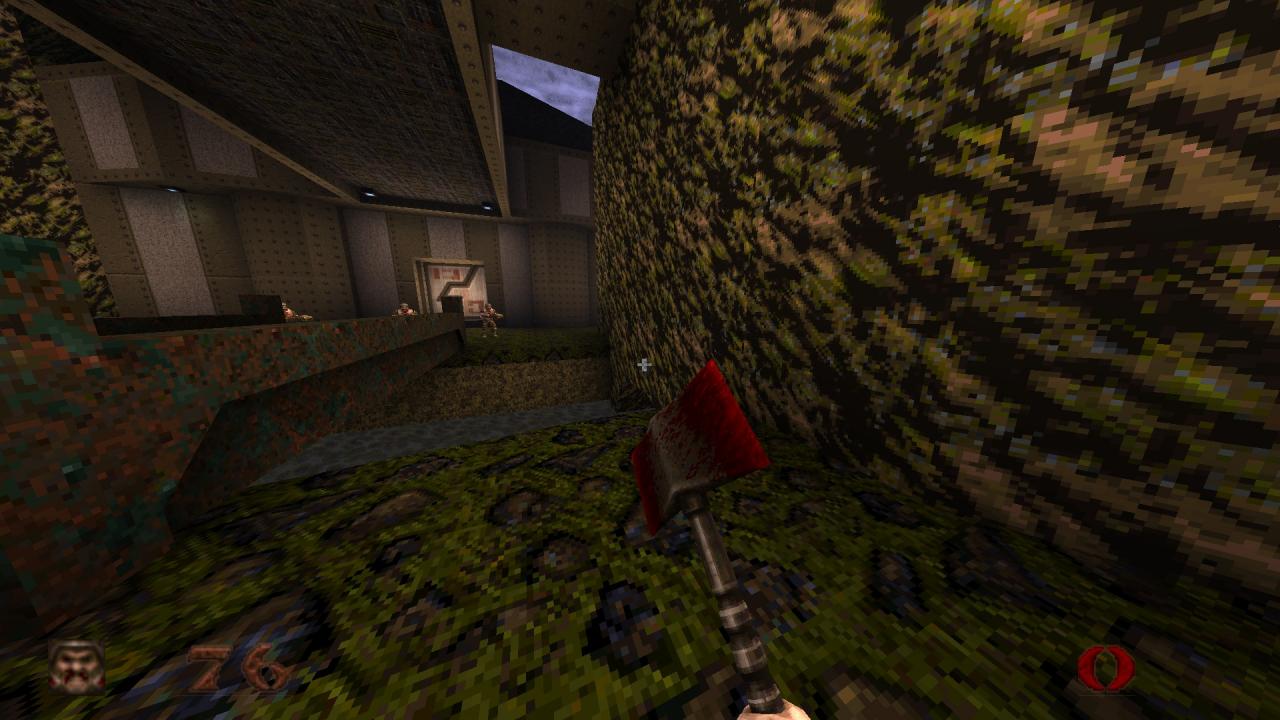 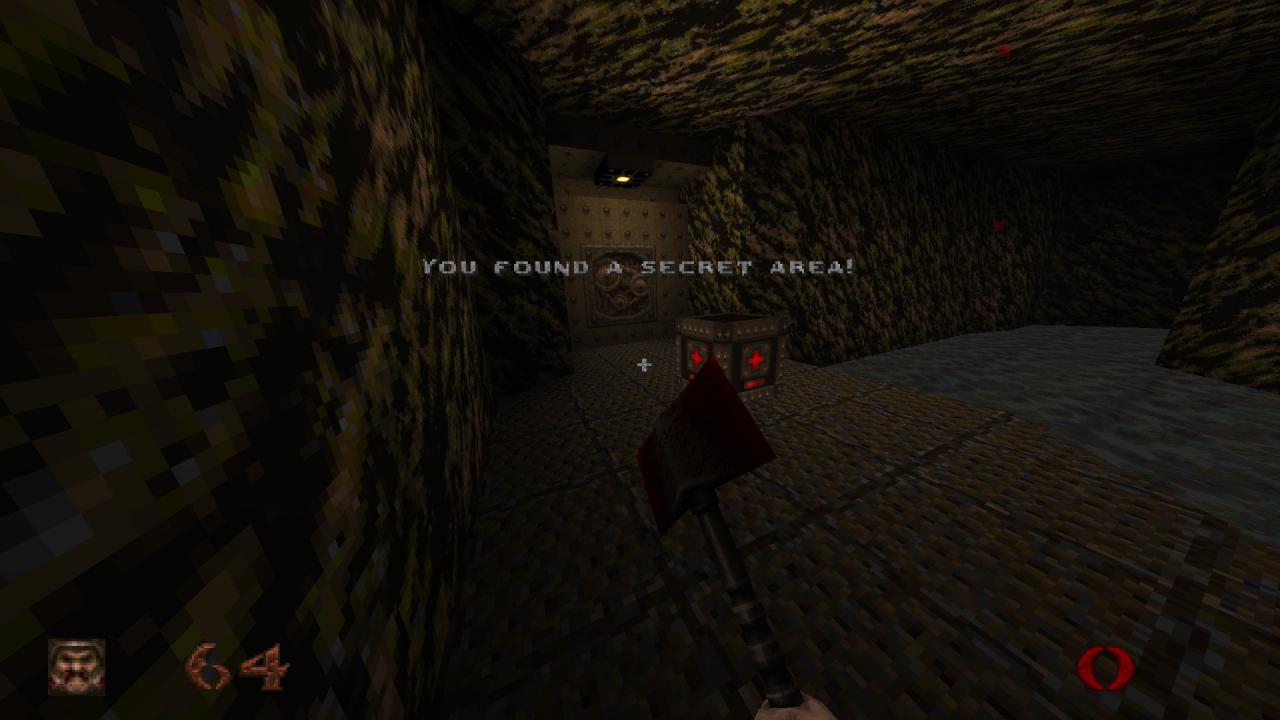 Grab the health pack, but keep in mind that the extra health decays over time, meaning that you’ll want to make your way through the level as quickly as possible, if not only to dodge enemy fire. After you make it through the cave, you should find an elevator that takes you back to the starting area, from where you’ll want to cross the bridge instead of going under it. Jump past the grunts on the bridge and enter the building. 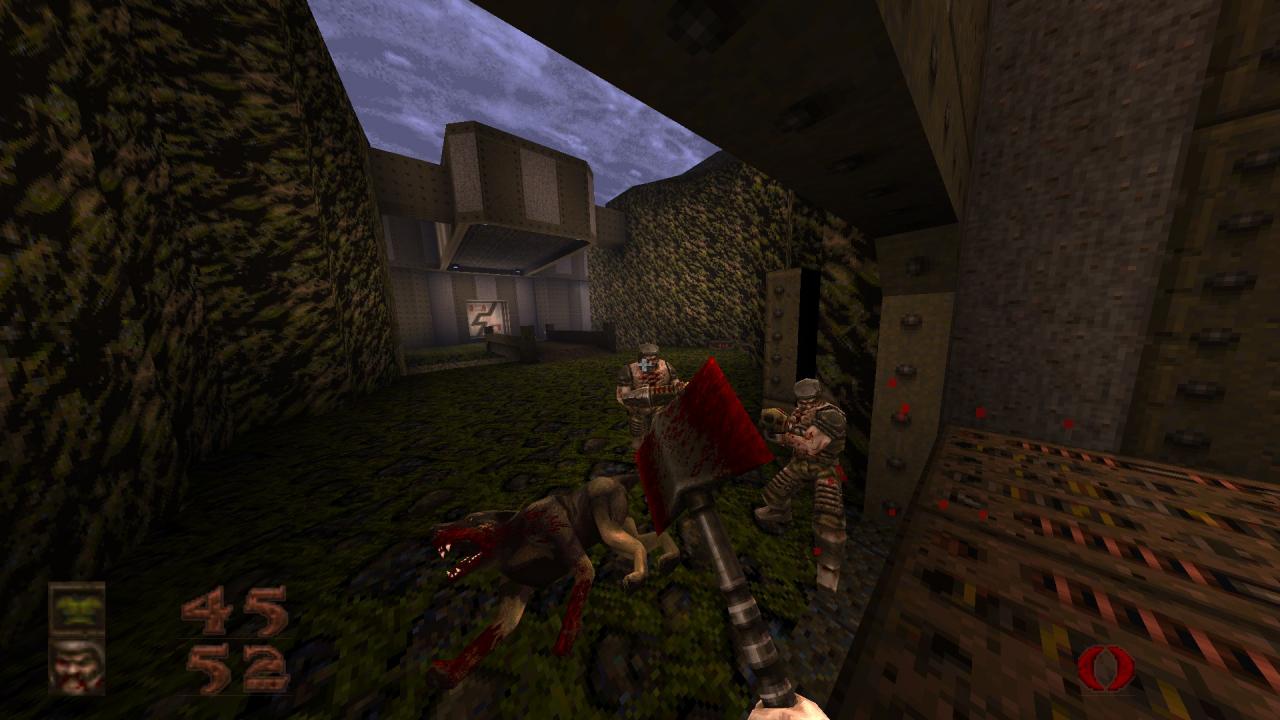 Make your way through the building while making sure to give the grunts and the guard dogs a wide berth. It can be difficult to get through waves of enemies without taking much damage, so I would recommend jumping around a lot to increase your evasiveness. 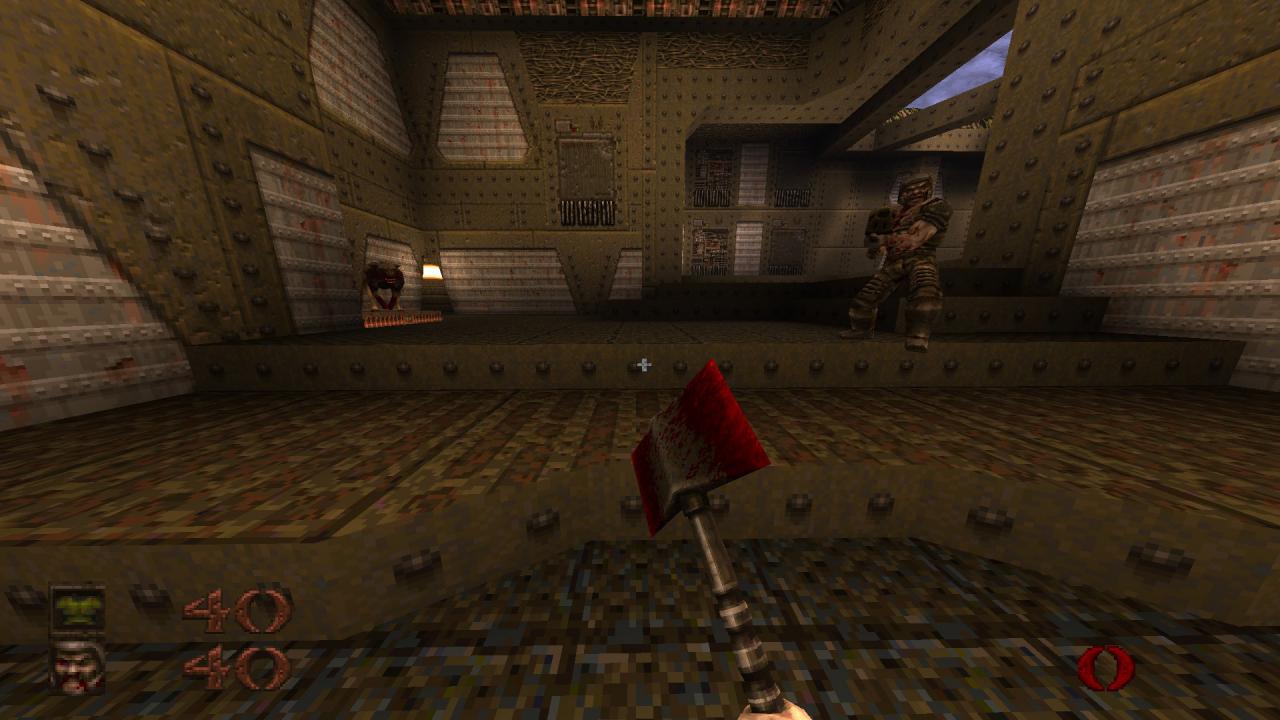 Then, activate the sliding bridge and jump past the group of grunts on the other side. 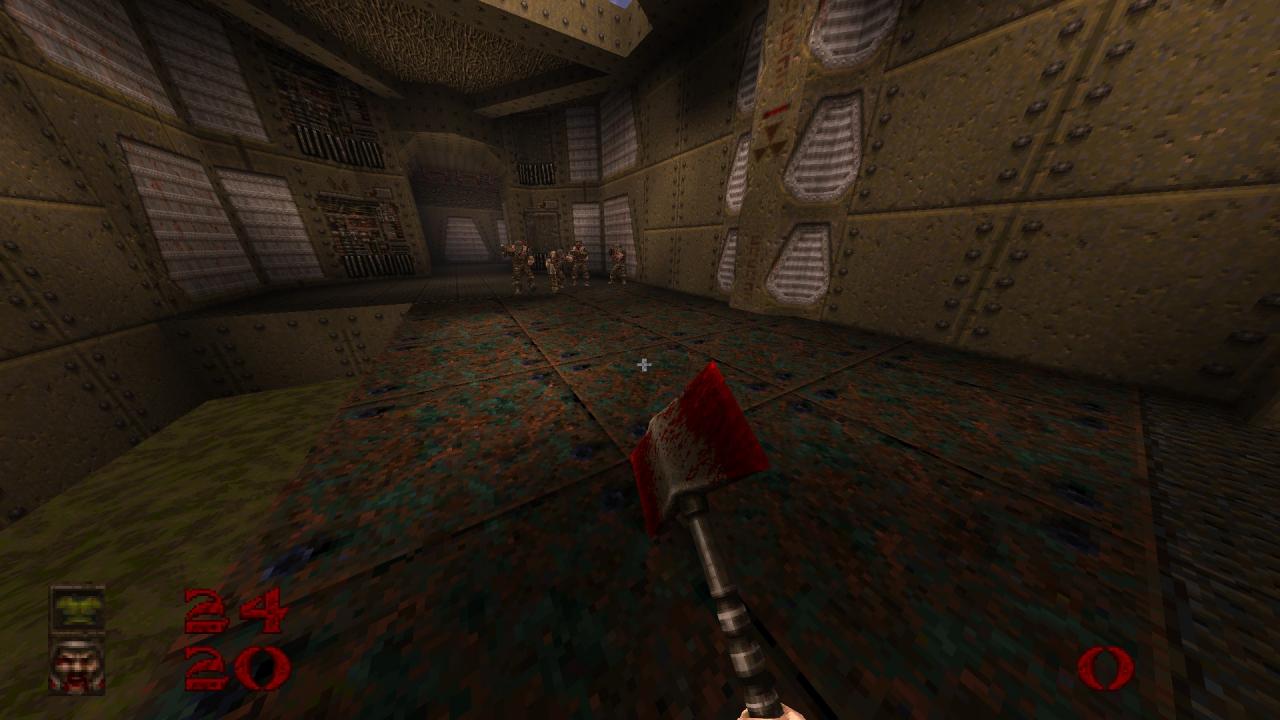 Next, you will find yourself in a stairwell where you’ll have to activate three buttons to progress. To avoid being blocked by enemies, travel downwards along the edges of the ramp. 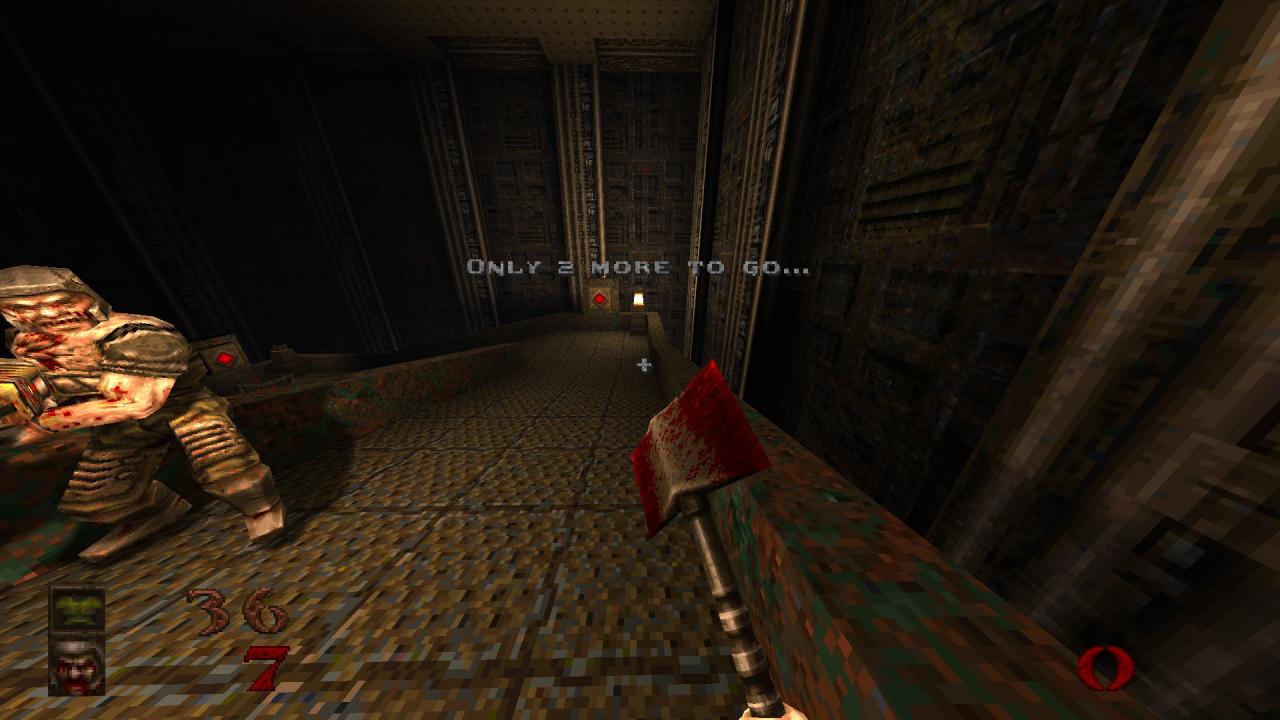 Once you activate all the buttons and get to the bottom, you’ll have to progress through a winding corridor full of enemies before arriving at the slipgate. At this point, ideally, you’ll have around 40-50 health and 30-40 armor, which should be enough to get you through the hallway until you come across a health pack near the end of the level. It can be hard at first to run past all the enemies in the hallway, so don’t be surprised if most of your attempts end here. 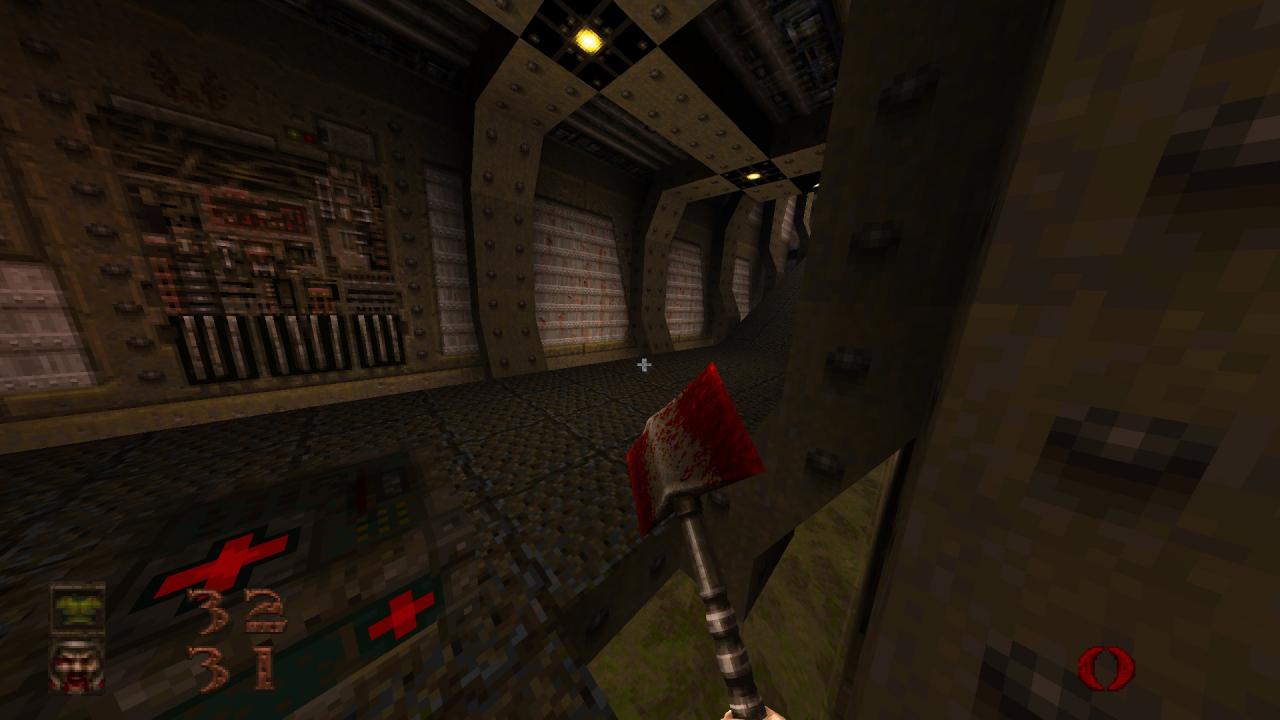 If you’ve made it this far, you’re only a few steps away from completing the map. Run up the ramp leading to the level exit, pick up a few of the health packs on the side for some peace of mind in the last few seconds of your run, and enter the slipgate to earn your achievement. 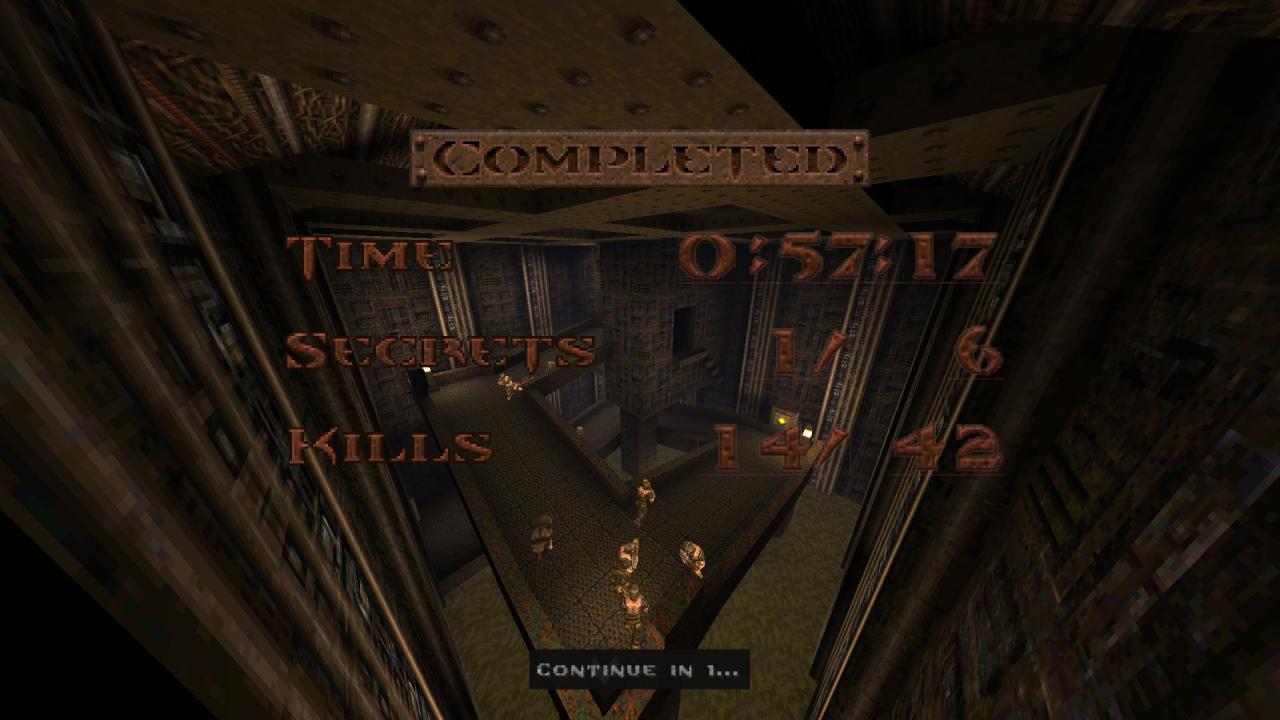 TL;DR
Here are the key points of the guide, summarized: