This guide will list some devious places you can hide as Pyro and airblast unsuspecting enemies.

Upward is by far the best map for airblasting. You will probably know some of these locations already (as airblasting is a really common occurrence on Upward), but here’s the first one on the list…
​
Location #1

Right outside of BLU’s spawn, hidden behind the spawn building itself…
​
Here’s where it’s located: 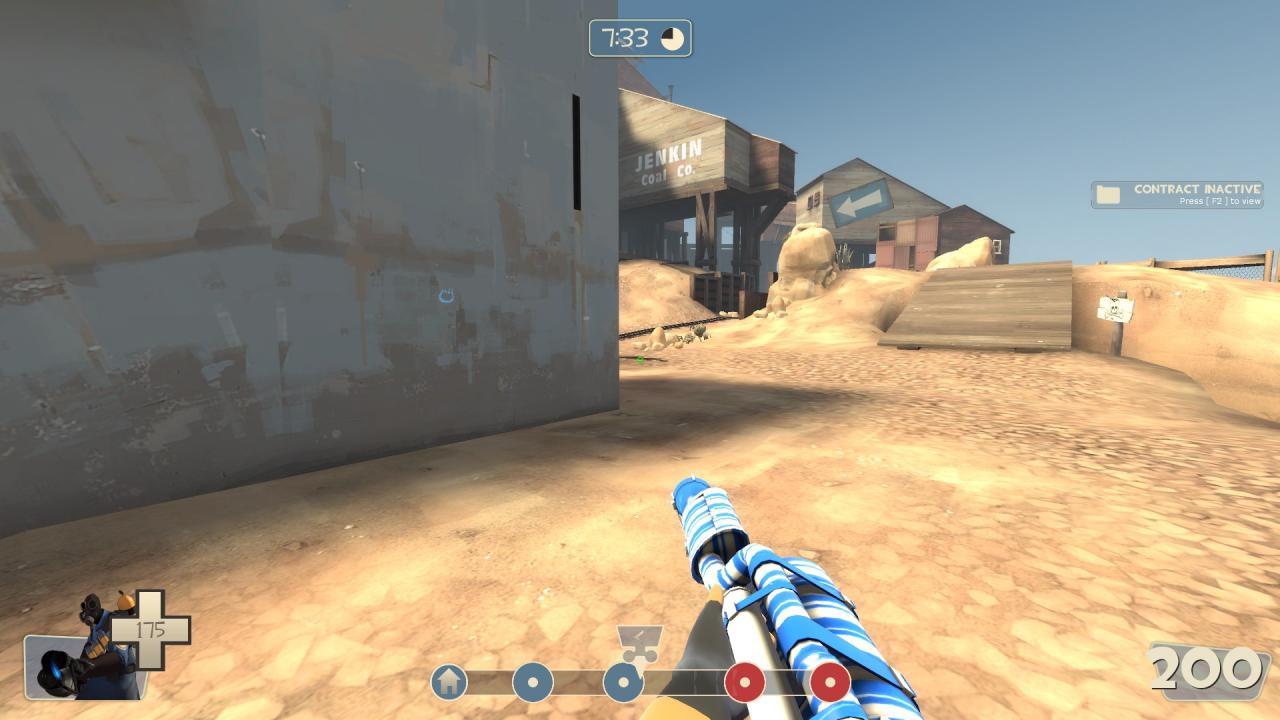 ​
…and here’s where you should position yourself to hide: 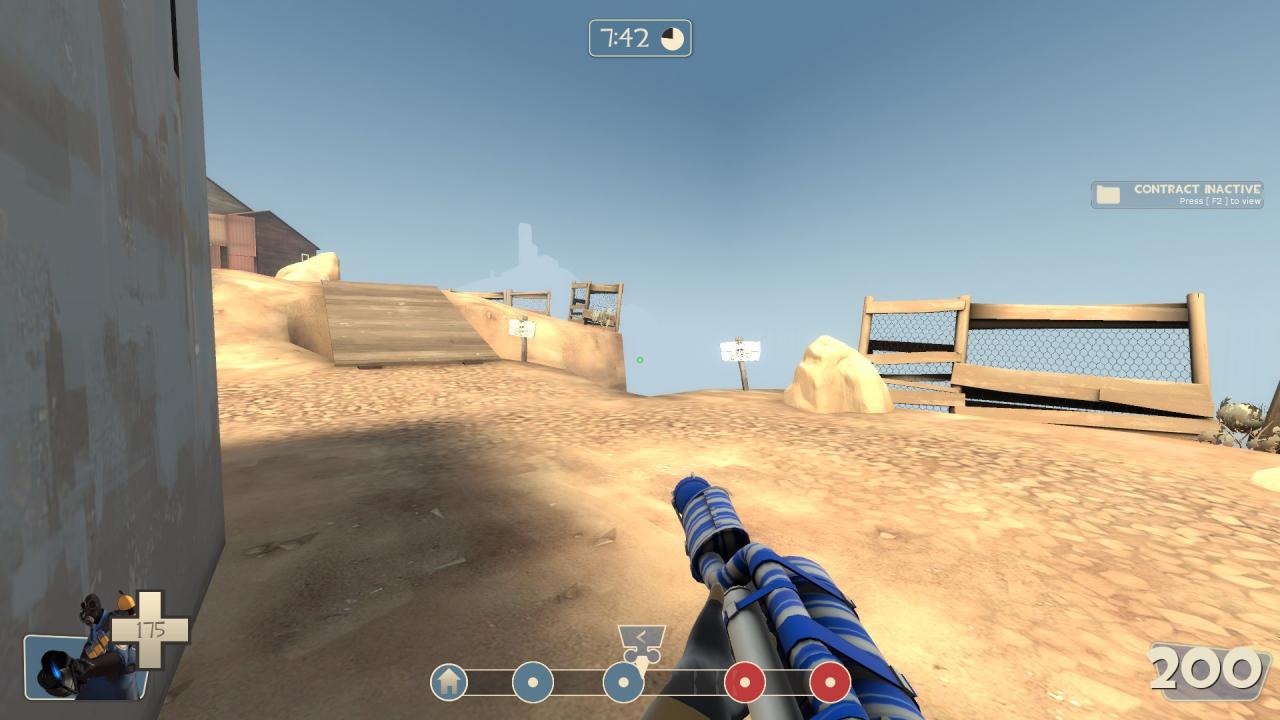 ​
You will likely use this spot if you’re on RED team. It’s a great spot to put yourself in right before the round starts and all the BLU players rush out of spawn. You can airblast them straight off the cliff as soon as they come around that corner.
​

A little further up the map…
​
Here is the area where it’s located: 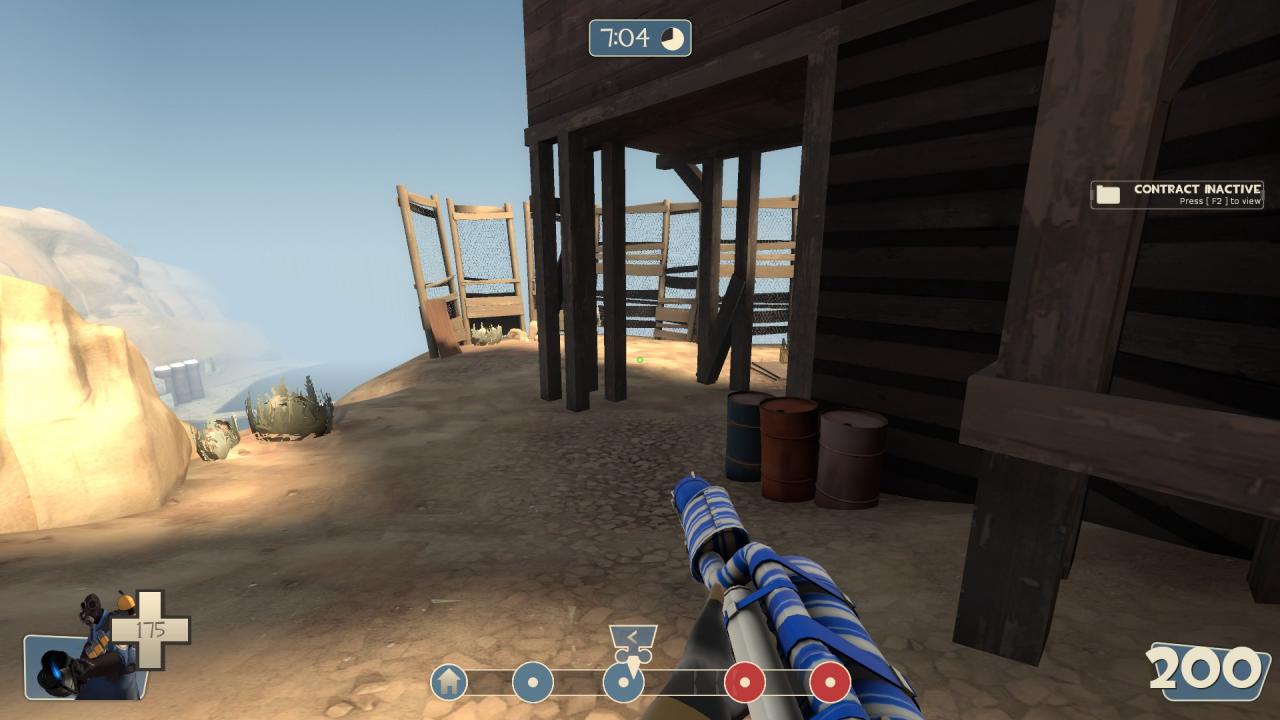 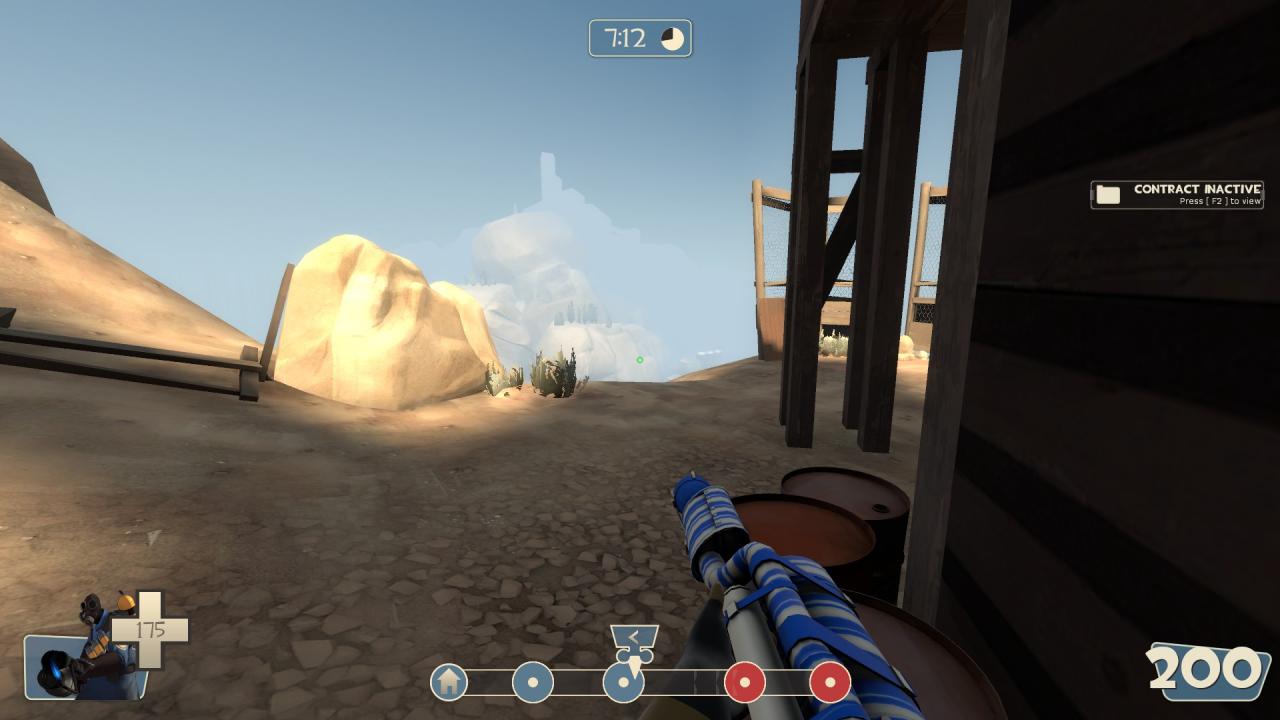 ​
Sometimes BLU players try sneaking behind this structure shortly after the round starts, so you can airblast them off the cliff as soon as they come around the corner.
​

Even further along the map…
​
Here’s the area where it’s at: 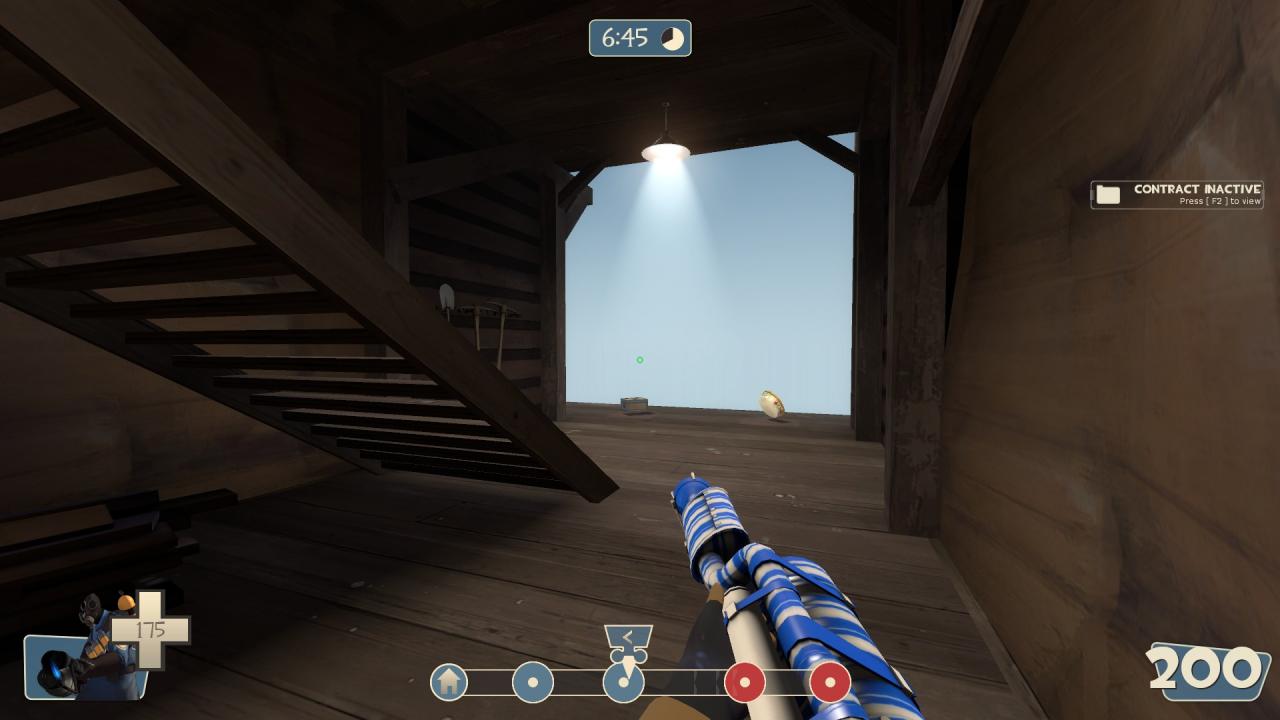 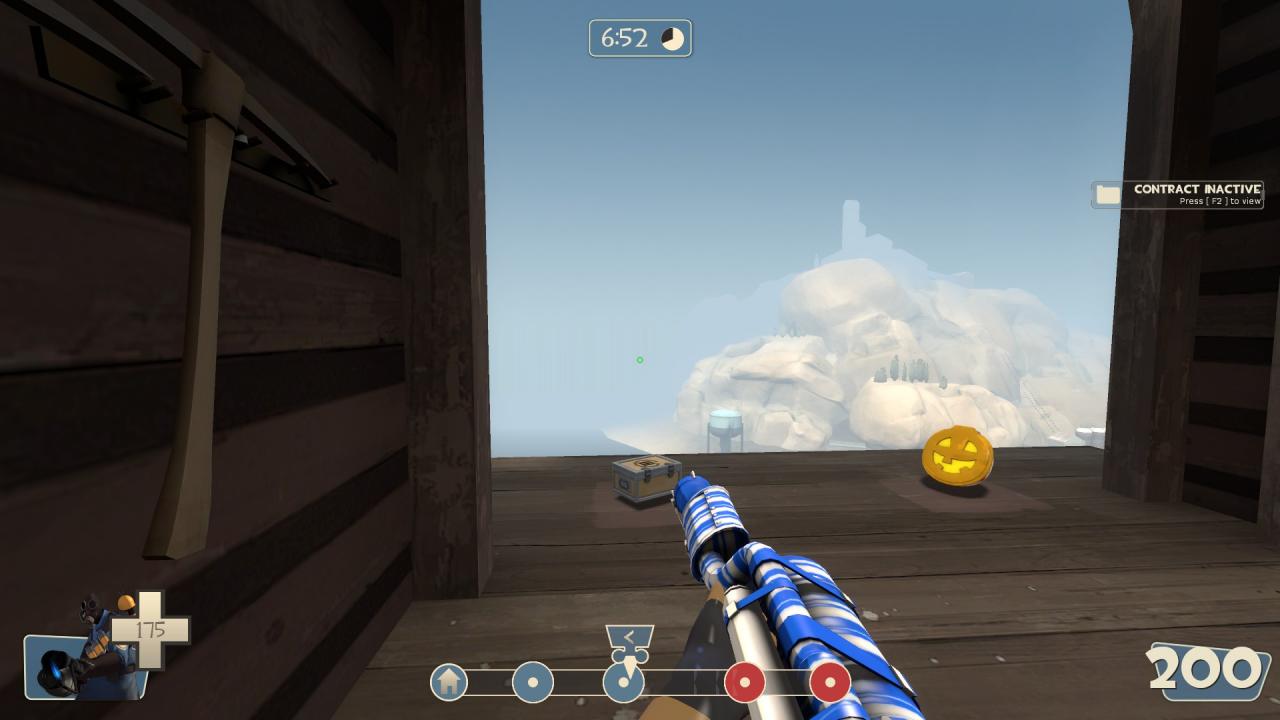 ​
This is a fantastic spot to camp if you’re on BLU team. You can jiggle peek the corner there and see if any RED players are coming towards you. (Or you can even bait them to come closer.)
​

This spot is right next to the last one…
​
In this area: 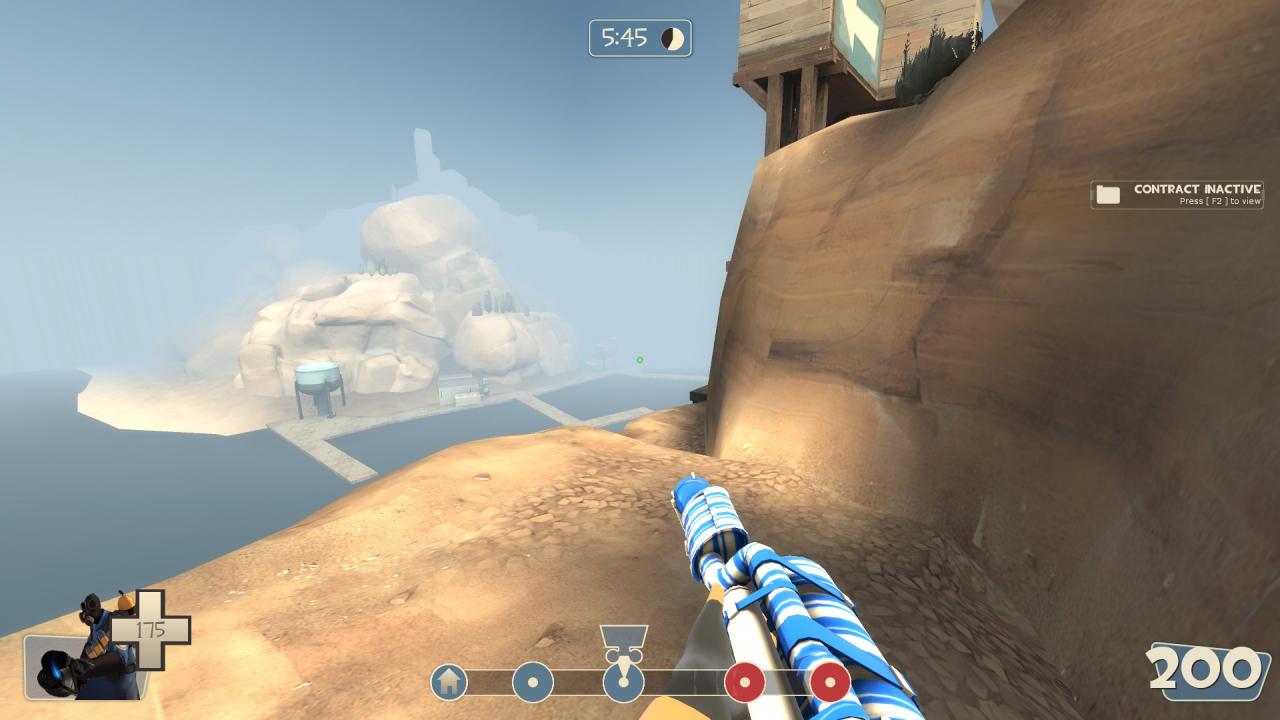 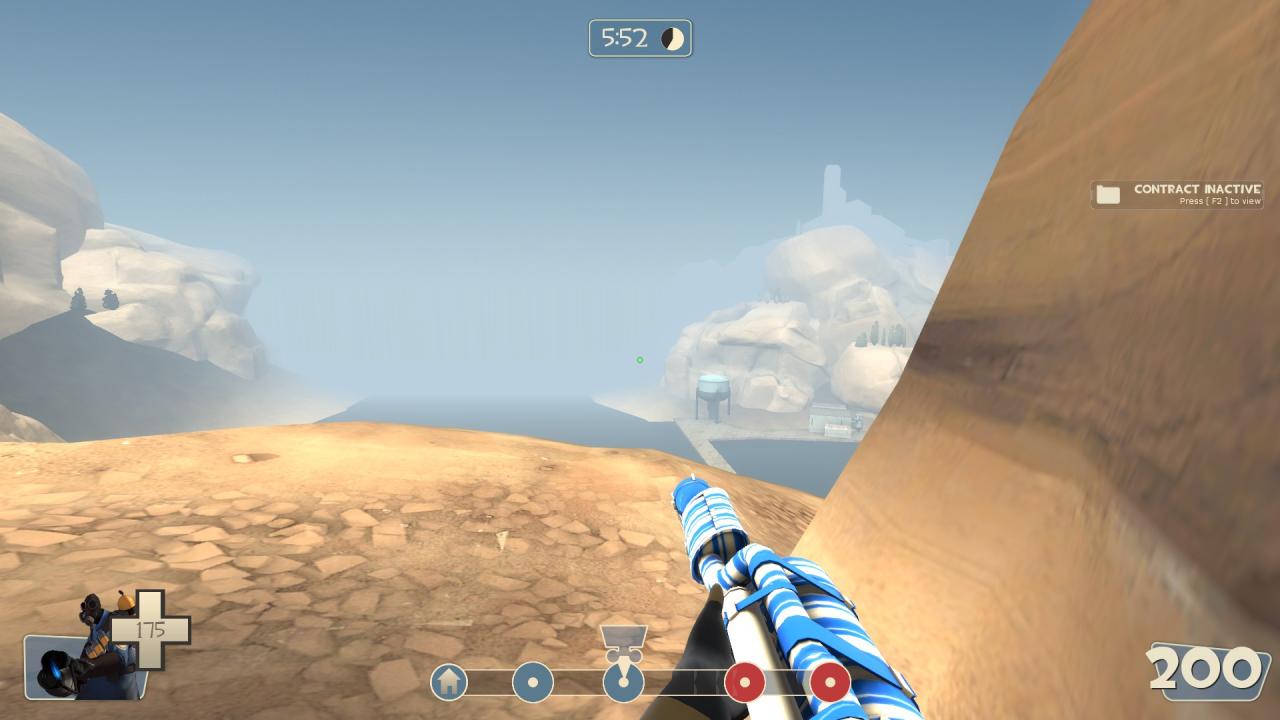 ​
You can hide in this little indent in the rock wall if you’re on RED team… and airblast any BLU players that try advancing along the cliffside. (Just make sure your Flamethrower isn’t poking out while you’re hiding there.)
​

This spot is very similar to the last one, except it’s located at the end of that cliffside path…
​
In this vicinity: 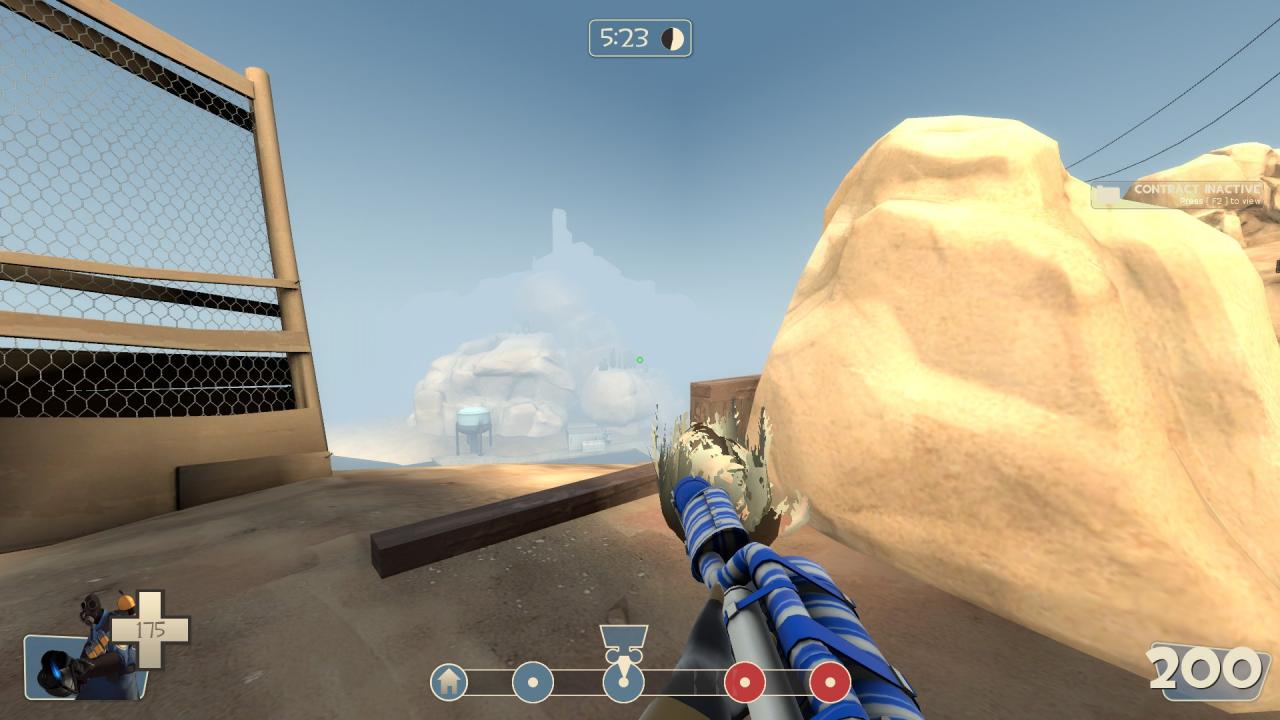 ​
Here’s where you should position yourself, hidden behind this rock: 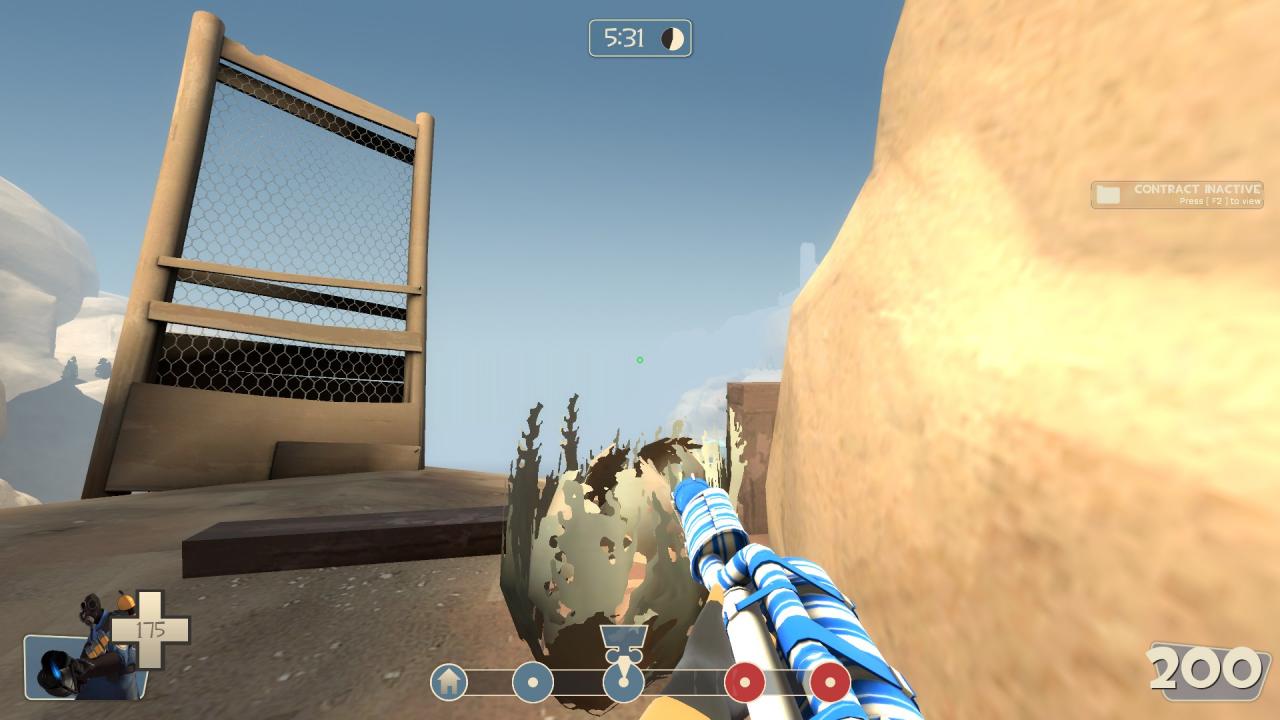 ​
This is another good place to camp if you’re on RED team. You can crouch behind this rock and wait for people to come along the end of the path. It’s the same as the last location, but slightly more passive.
​

Further along the map…
​
You can pace around this area and be prepared to airblast: 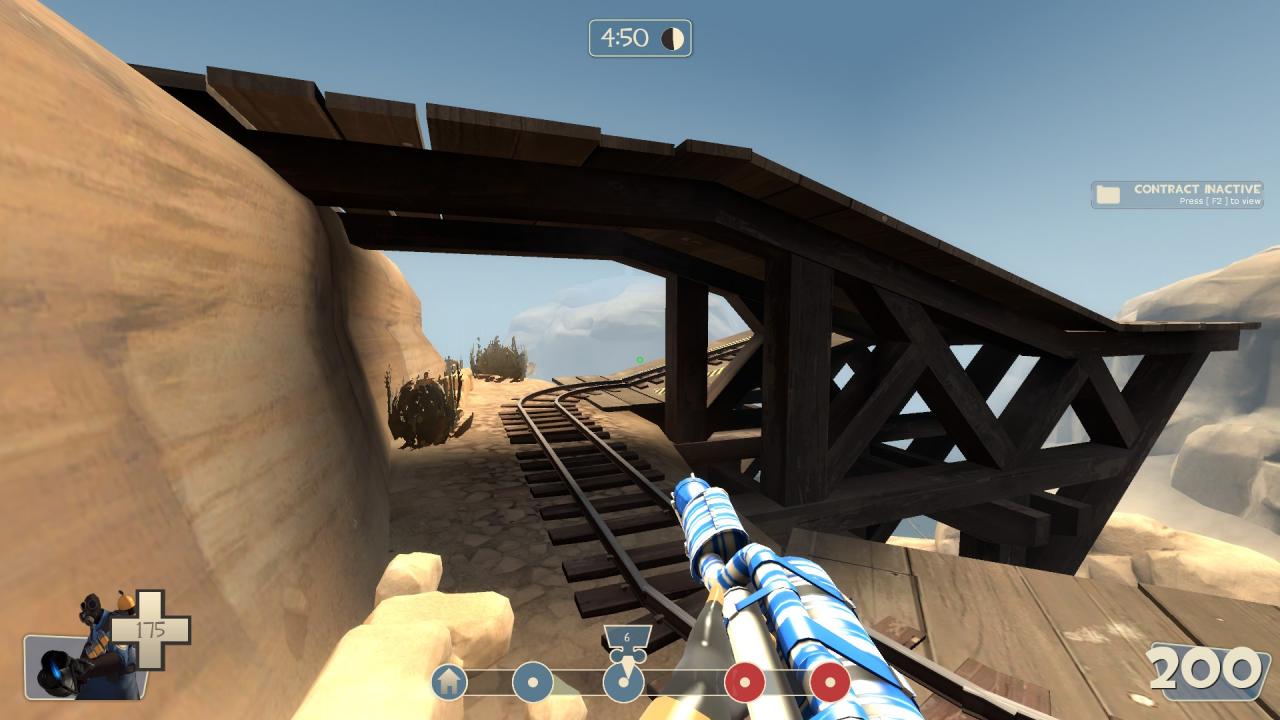 ​
There’s not really an exact position you have to place yourself in for this location. You can just camp in & around this winding track and wait for people to airblast. It can be a good spot for RED or BLU players to hold.
​

Nearby that winding track…
​
You can camp at the entrance of this shack:

​
If anyone comes through the doorway you can airblast them straight off the cliff. It’s a good angle to hold if you’re on RED team.
​

Right at the last capture point…
​
Here’s the area where it’s located: 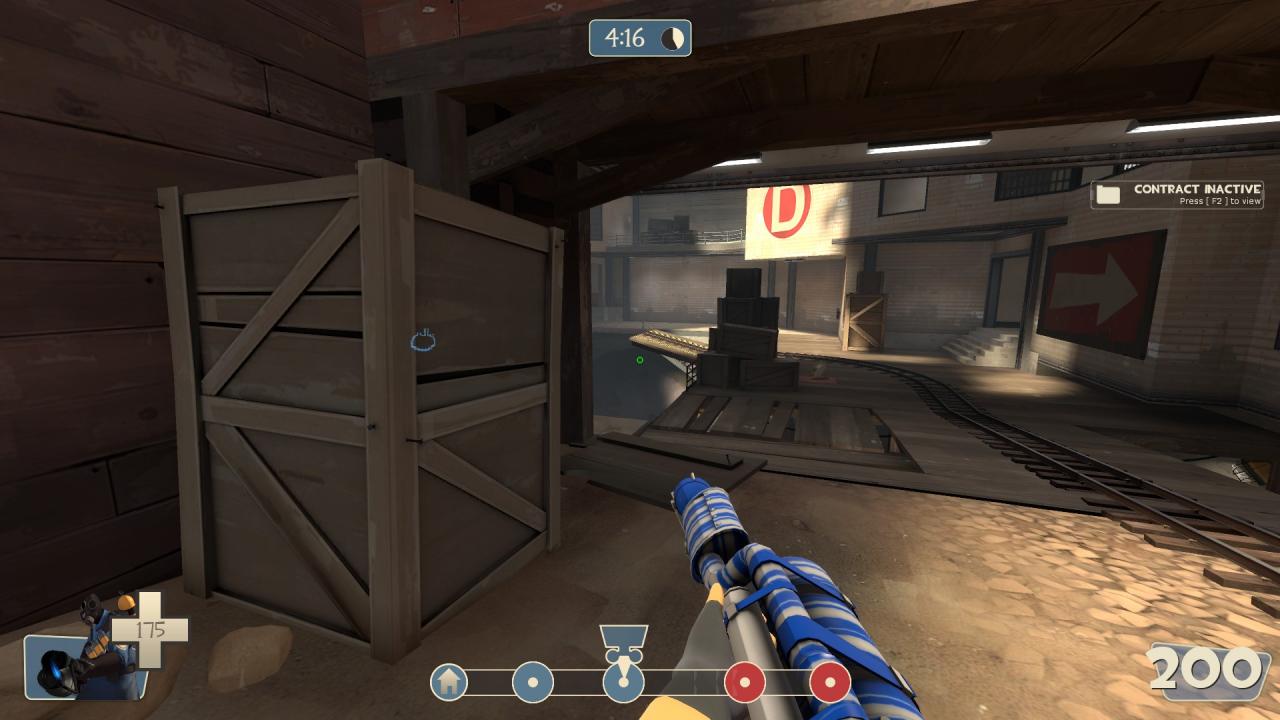 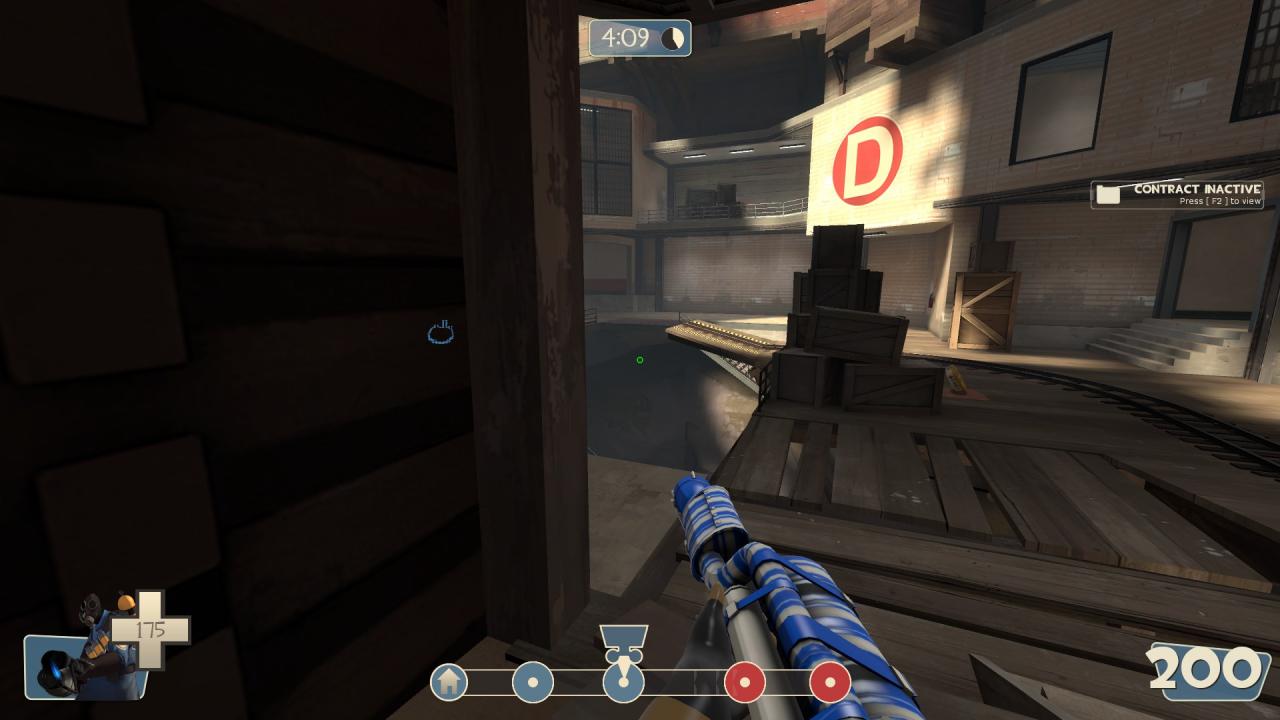 ​
This is a great angle to hold if you’re on BLU team. As soon as RED players turn around that corner, you can airblast them into the pit.
​

These two spots are in the same vicinity, at the last point…
​
Here’s the first one: 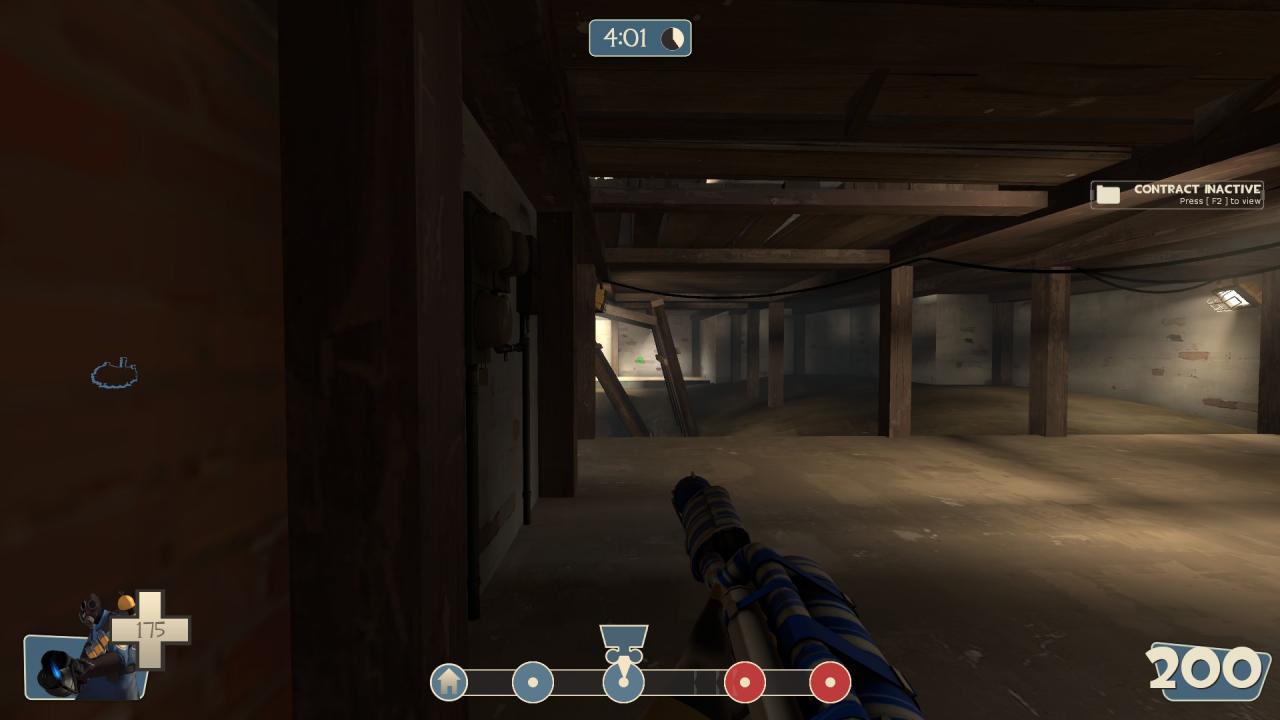 ​
…and here is the second one: 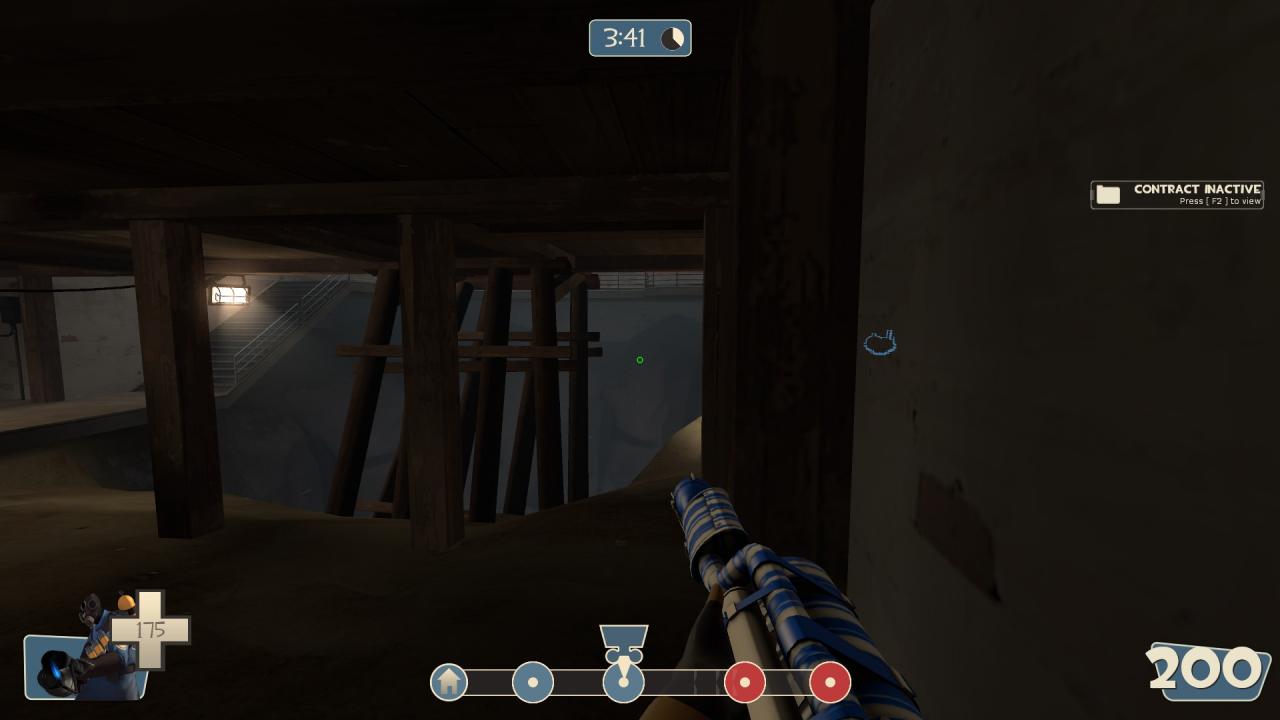 ​
These are good angles to hold if you’re on BLU team. If any enemies come down to you, you can airblast them into the pit.

I could only find one location on Badwater where you can airblast enemies off a decently high height. (But if I discover any more I will add them here.)
​
Location #1

Right outside of BLU’s spawn, on top of the cliff…
​
Here is the area where it’s located: 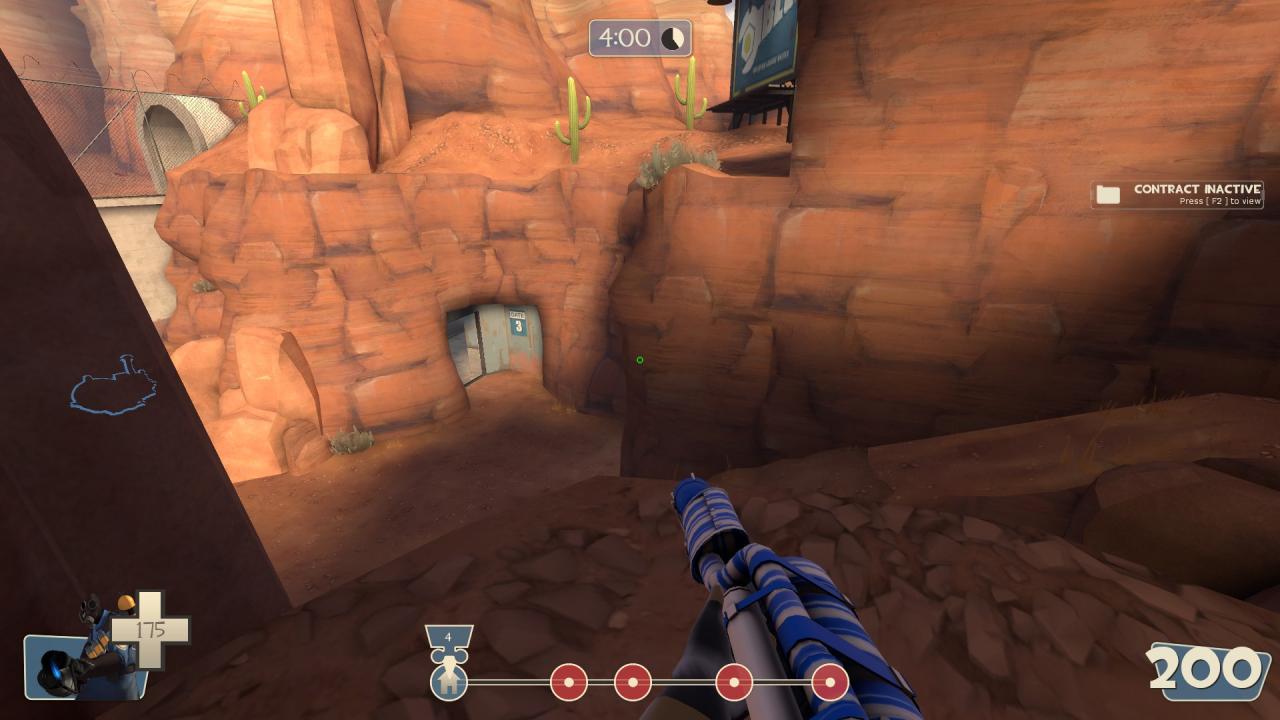 ​
…and here’s where you should hide: 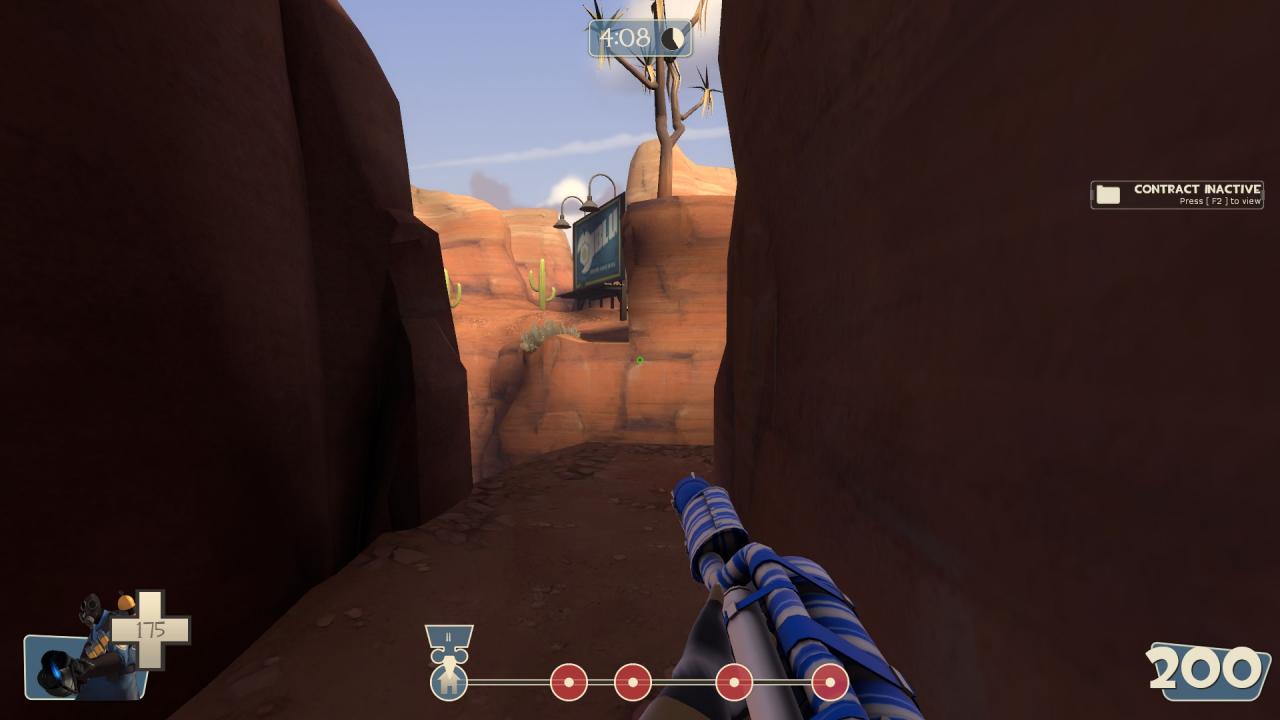 ​
It’s a pretty good angle to hold if you’re on RED team. You can position yourself here right before the round starts, and airblast any enemies that come up the path. The fall won’t kill them, but it will stop them from advancing up the cliffside.

Thunder Mountain is a good map for airblasting. There’s a huge cliff right outside of BLU’s spawn on stage one, and there are lots of really elevated places.
​
Location #1

Right outside of BLU’s first spawn…
​
You can hold this angle: 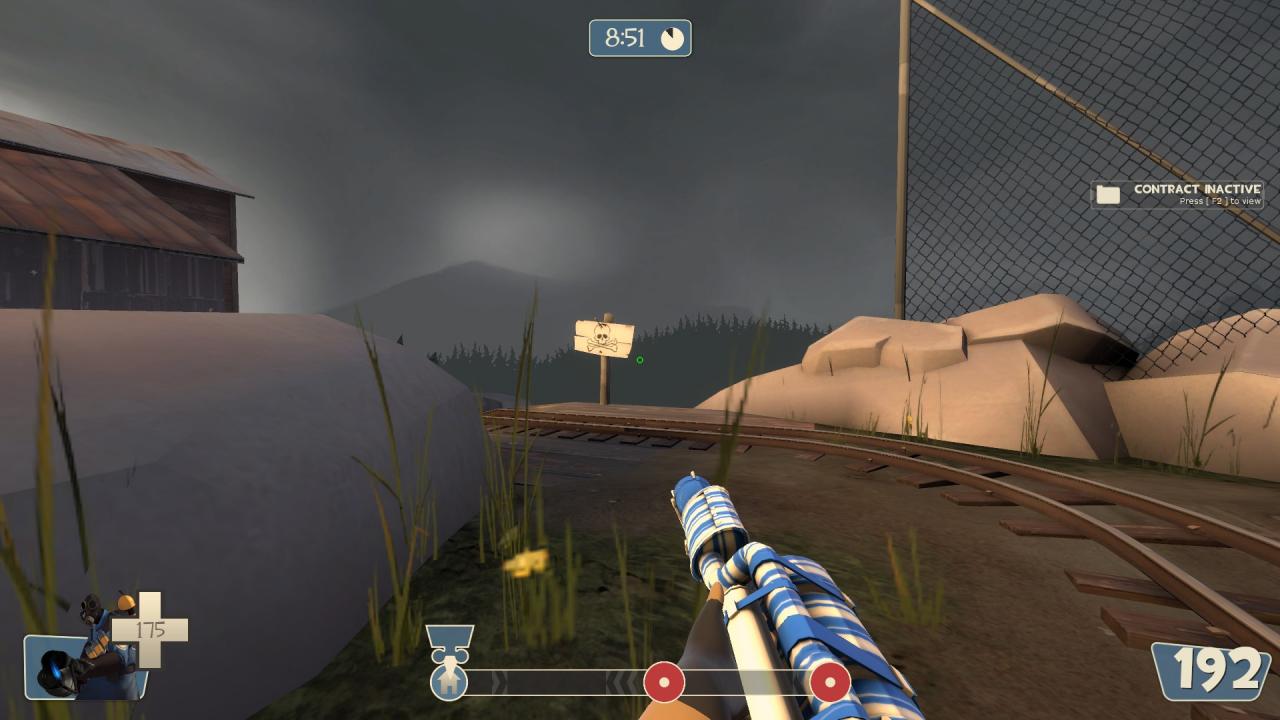 ​
This is a good spot to position yourself in as soon as the round starts. If any RED players come up the path there, you can airblast them straight off the cliff.
​

At the bottom of that same slope…
​
You can hold this angle: 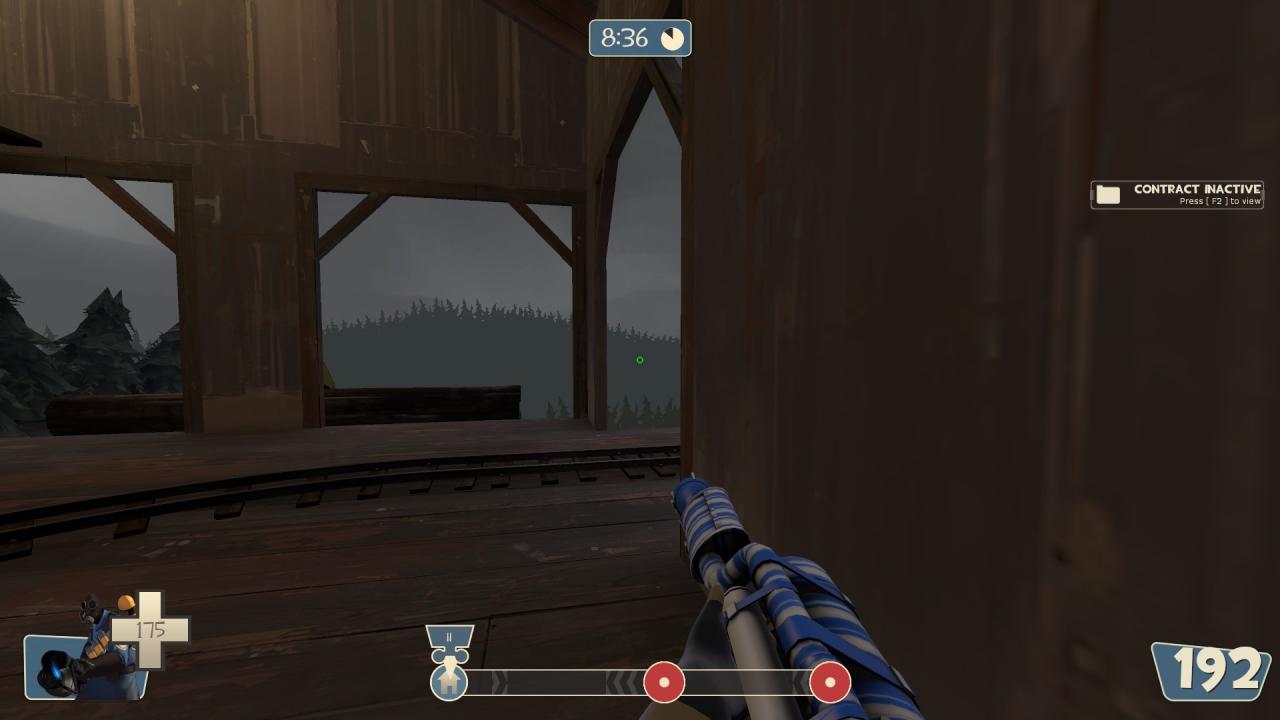 ​
This spot works great if you’re on RED team. You can airblast enemies off the cliff as they’re trying to advance the cart forward.
​

Here’s a location in the same vicinity as #2…
​
Right here: 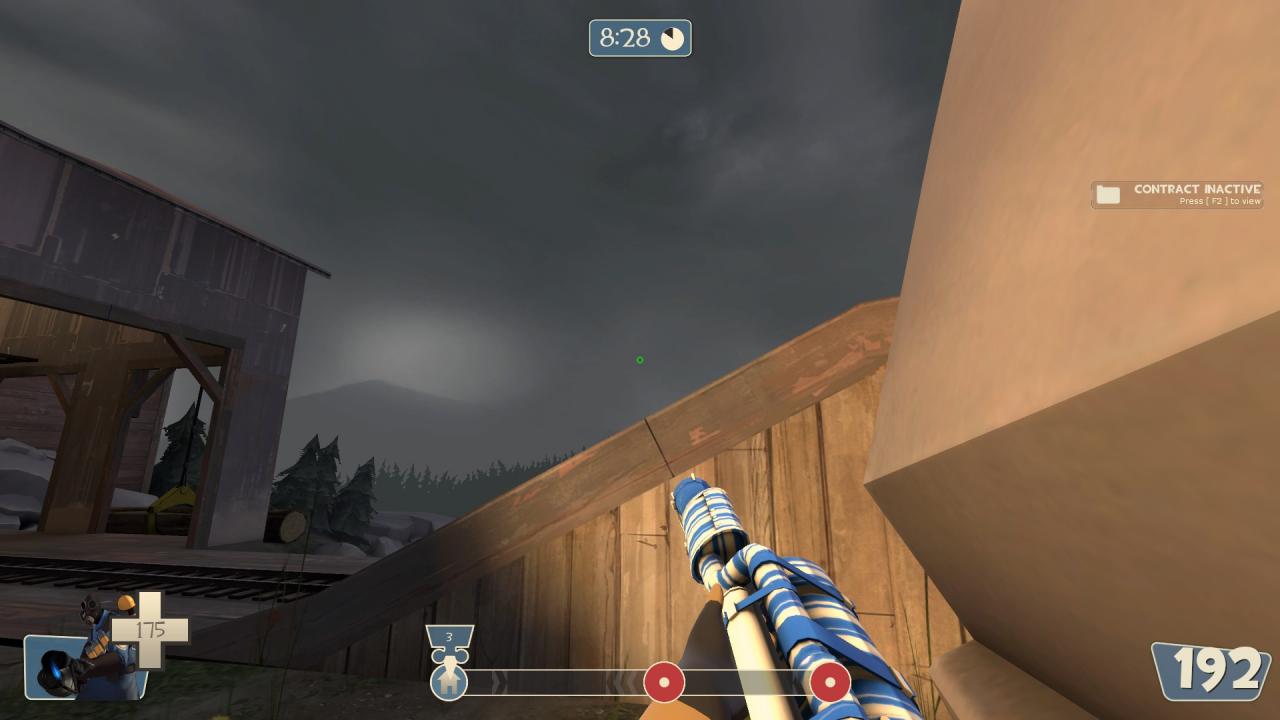 ​
It’s very similar to #2 so I thought I’d just call it #2.5. You should only really hold this angle if you are unable to hold #2 for whatever reason. The previous spot is in a better position, but this one works pretty good too.
​

On stage two of Thunder Mountain…
​
You can sit on top of this box: 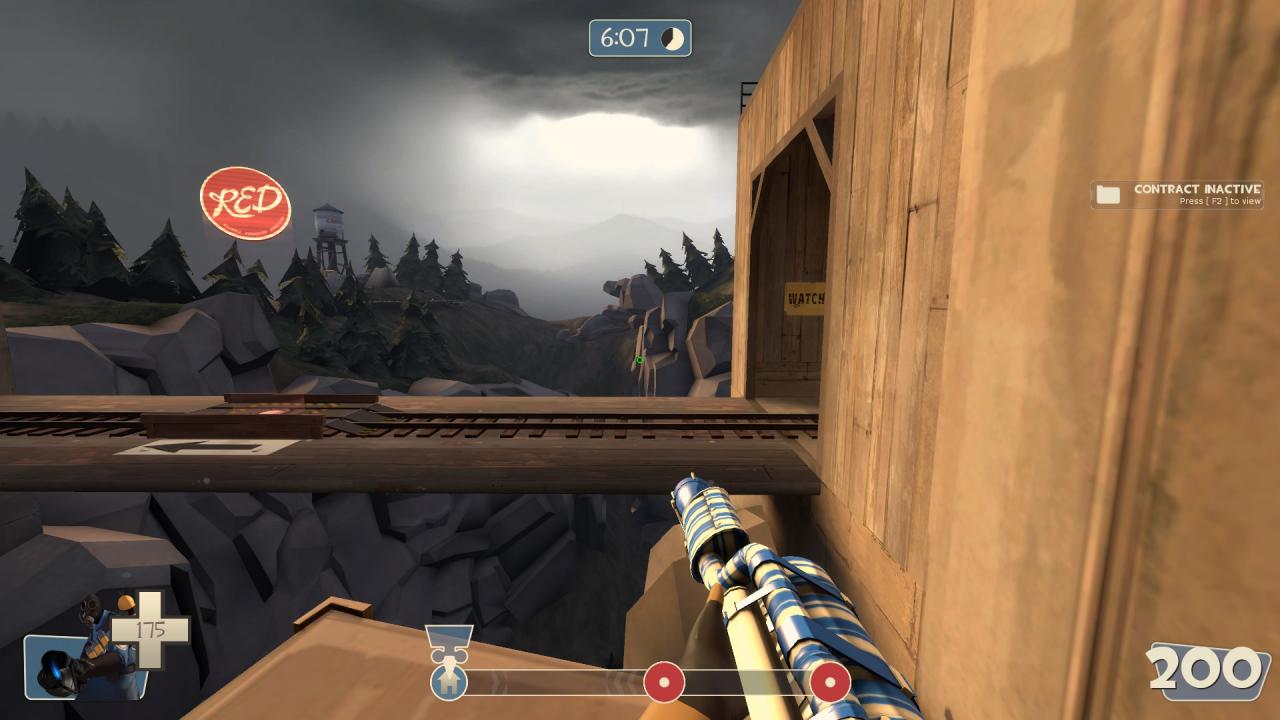 ​
This position works good. You can wait here until the enemies advance through that tunnel, and then airblast them right off the bridge. (You need to sit close to the edge of the box so your airblast will reach the enemies on the bridge.)
​

A little further along…
​
You can hold this angle: 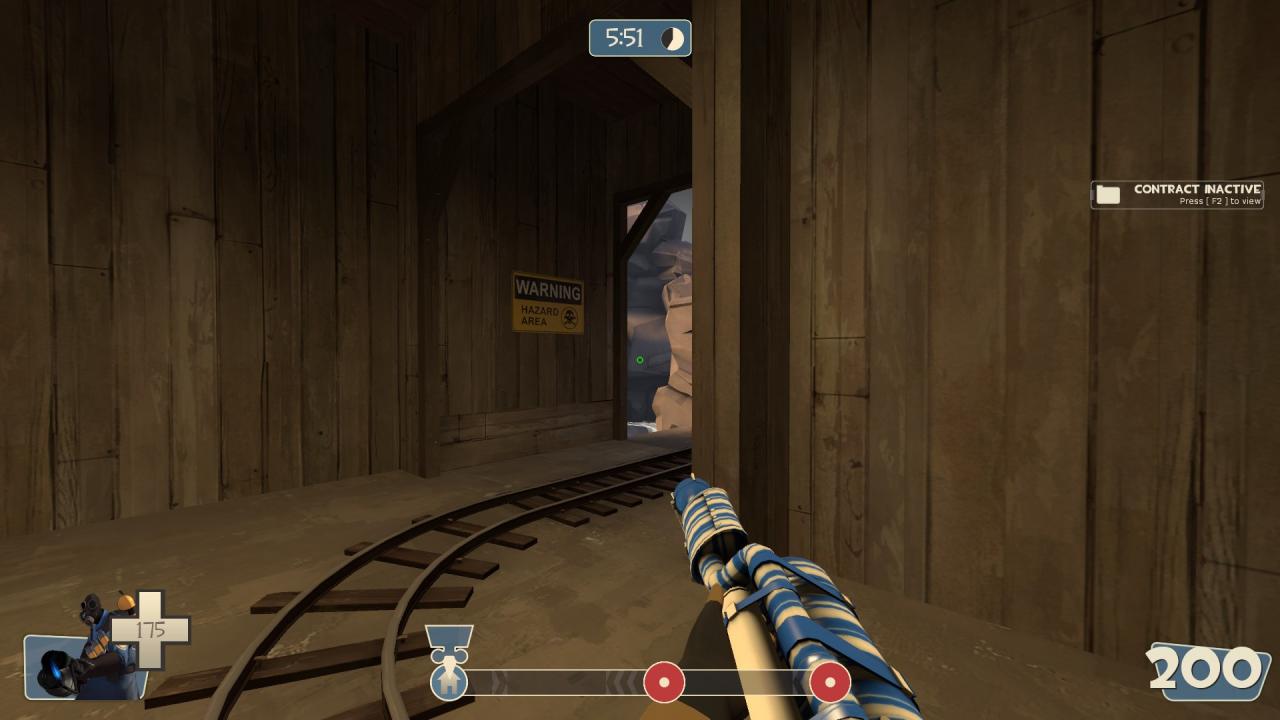 ​
Right at the end of that same bridge from the previous location. You can hold this angle inside of the tunnel. It’s similar to the previous spot, except a little more guarded/passive since you’re inside the actual tunnel.

I could only find one good location for Barnblitz. If I discover any more I’ll add them here, though.
​
Location #1

At the final point…
​
Right here: 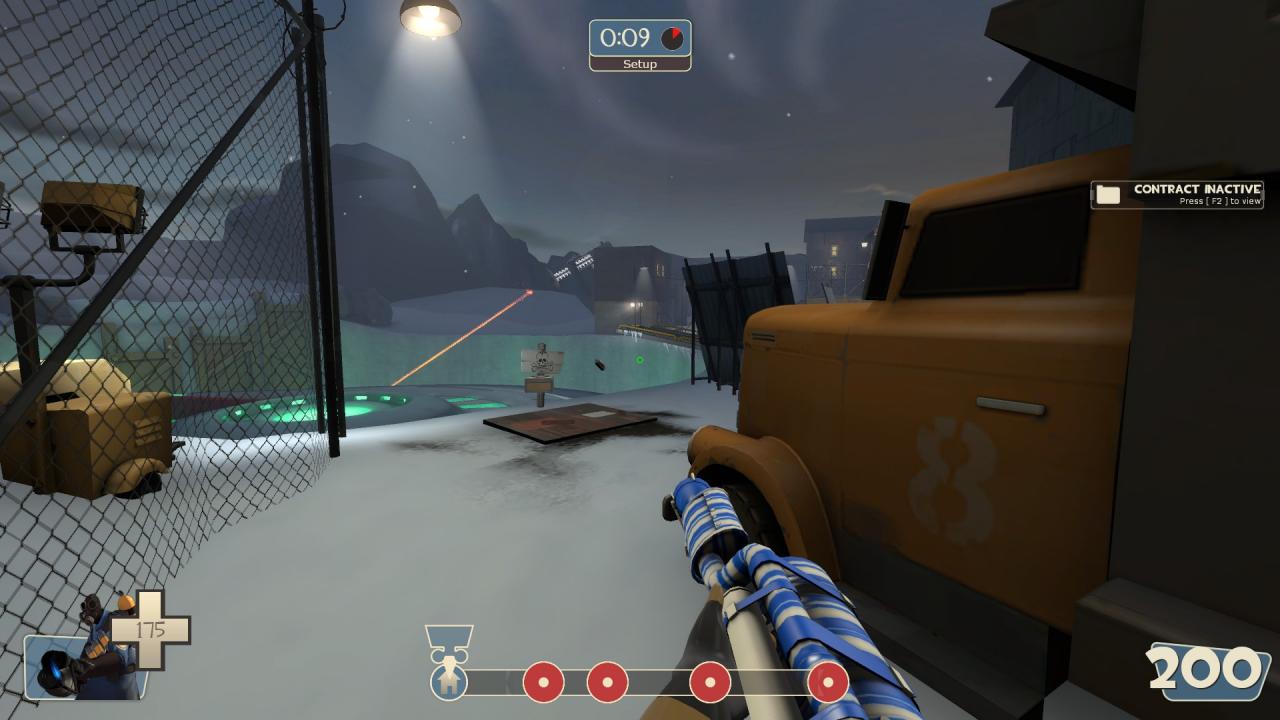 ​
This spot is pretty good. There’s health & ammo right in front of it, so that can serve as bait. If any players go to get the health or ammo you can airblast them off the cliff.