Yu-Gi-Oh! Master Duel gives old and new fans alike a chance to play with an official simulator for the first time. The economy of the game is great so far, with the ability to craft cards making it one of the most accessible online card games out there.

There are multiple rarities for cards, with UR taking up the best of the best cards. There are plenty of cards in this slot, so knowing which UR cards to craft is a must. These cards are staples in the metagame, and if you want to counterplay other decks, these are the cards you need in your inventory. 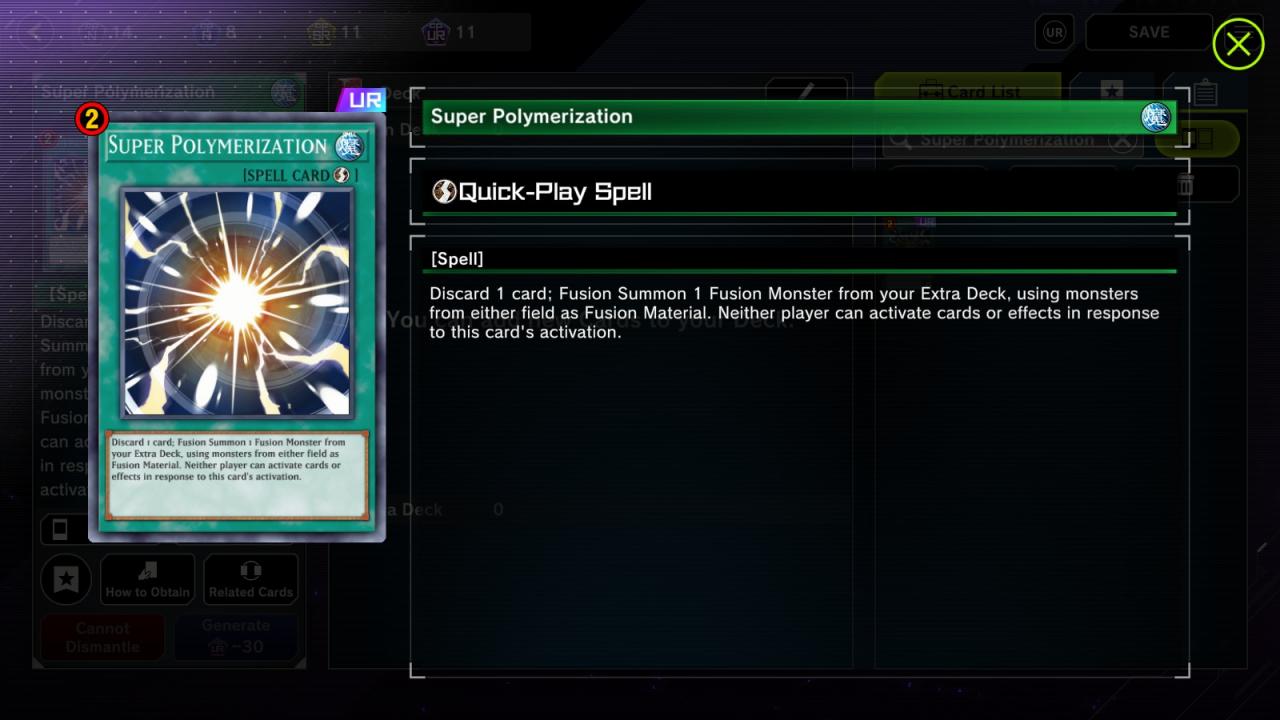 Super Polymerization is one of the best Fusion Spell cards ever printed, and one of the few Spell Speed Four cards in the entire game. At the cost of a simple discard, you get access to a Fusion Spell that can’t be responded to and can use your opponent’s field as materials.

Super Polymerization is great for breaking boards, as any card can be used as Fusion Materials, and gets around practically every kind of protection in the game. If you have space in your Extra Deck for Super Polymerization targets, it’s fantastic for going second decks. 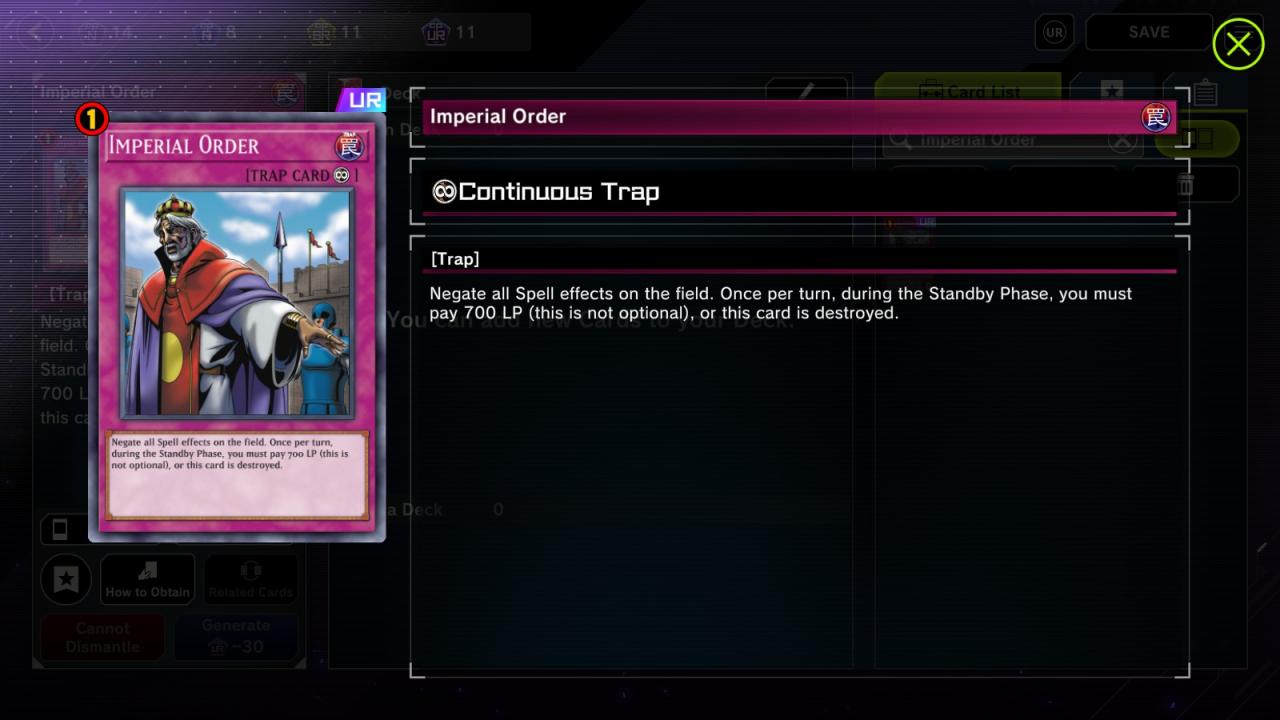 Imperial Order is a card that many people have called for the card to be banned for how powerful it is. In modern Yu-Gi-Oh!, Spell cards are some of the most important kinds of cards as they generally enable decks to start off their main combos.

In some cases, flipping up Imperial Order can be so strong that it ends the duel then and there. Since it’s a Trap card, if you’re going first you don’t even have to worry about the downside of it affecting you as well. This makes Imperial Order a fantastic UR card in Master Duel. 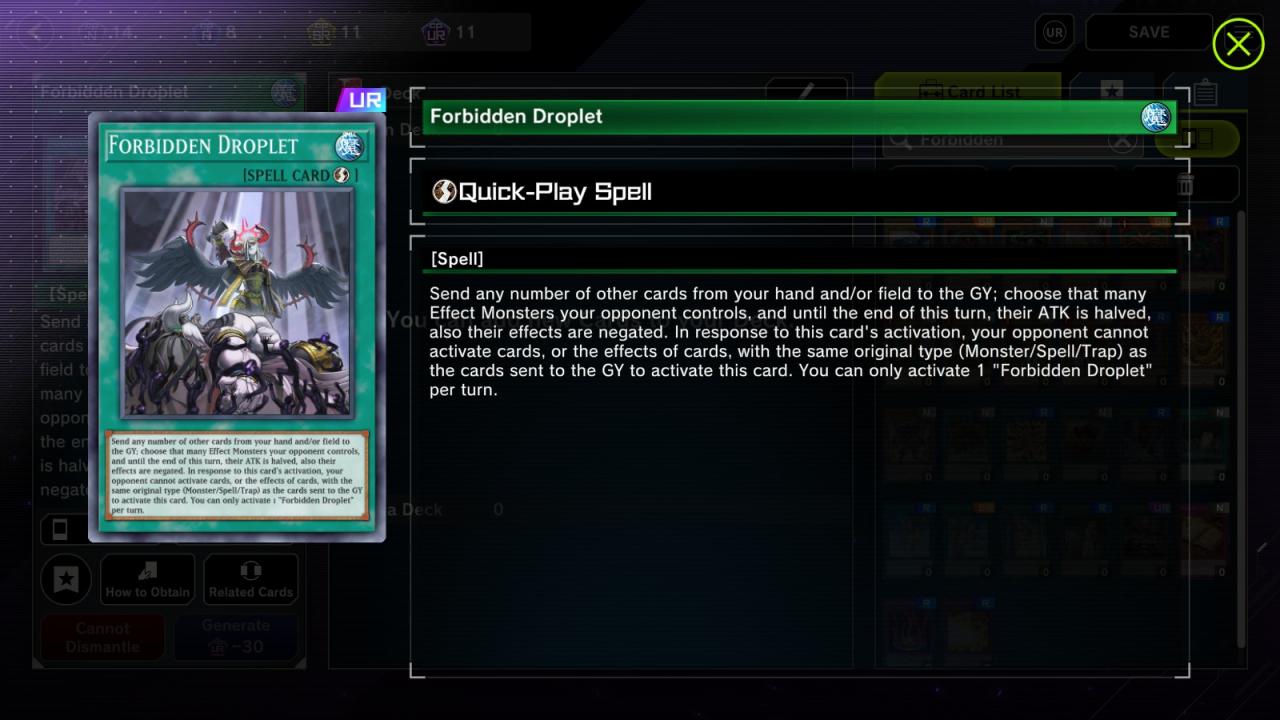 Forbidden Droplets is one of the newest field negates, and one of the best at that. It’s a UR card in Master Duel for a reason. Unlike some other cards with similar effects, it requires you to discard cards to get its effect off.

Forbidden Droplets comes with the added addition of being Spell Speed Four depending on what cards you send to the Graveyard to pay for the effect. Depending on the deck, the cost might not even be a downside. Forbidden Droplets’ ability to make it unable to be responded to is what makes it one of the best UR staples in Master Duel. 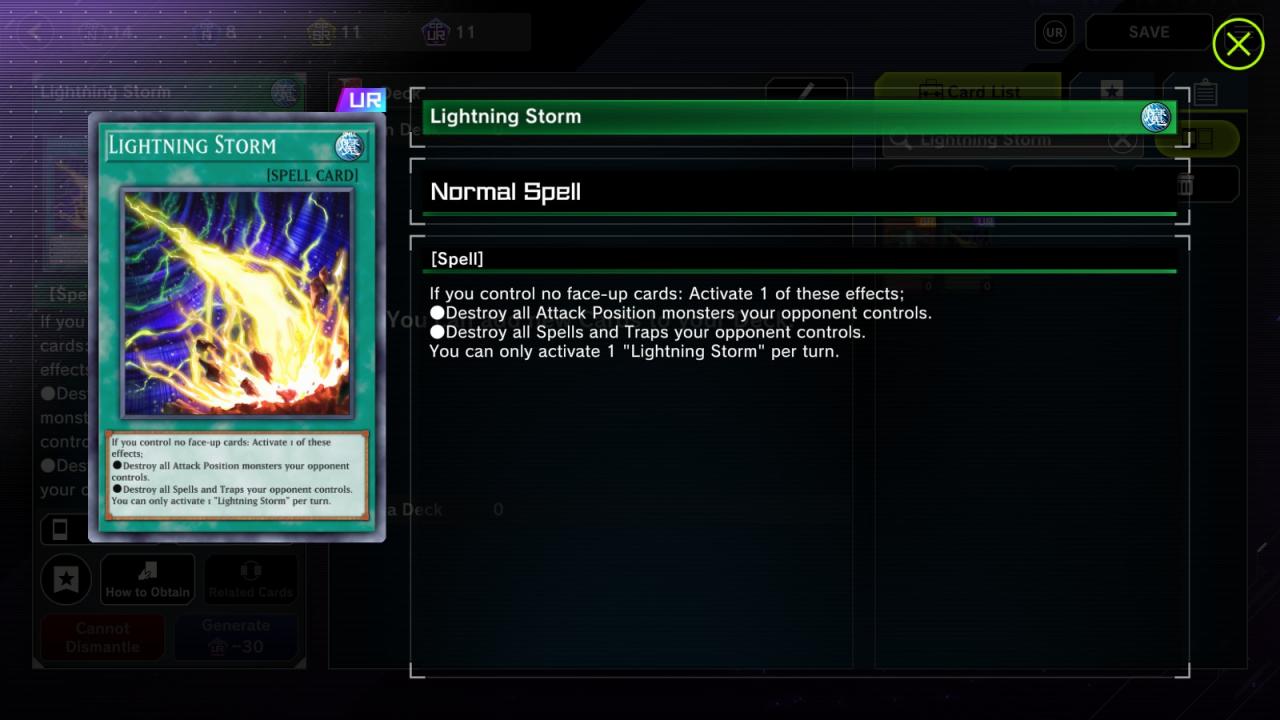 Lightning Storm is one of the best cards printed when it comes to going second. It punishes both Combo Decks that bring out a lot of Monsters and Control Decks that set a ton of backrow.

Lightning Storm can destroy either all Attack Position Monsters or all Spell and Trap cards. This gives Lightning Storm an incredible amount of versatility and makes it one of the best cards to invest in. You can even get one in a bundle, so you’d only need to actually craft two more for a complete playset. 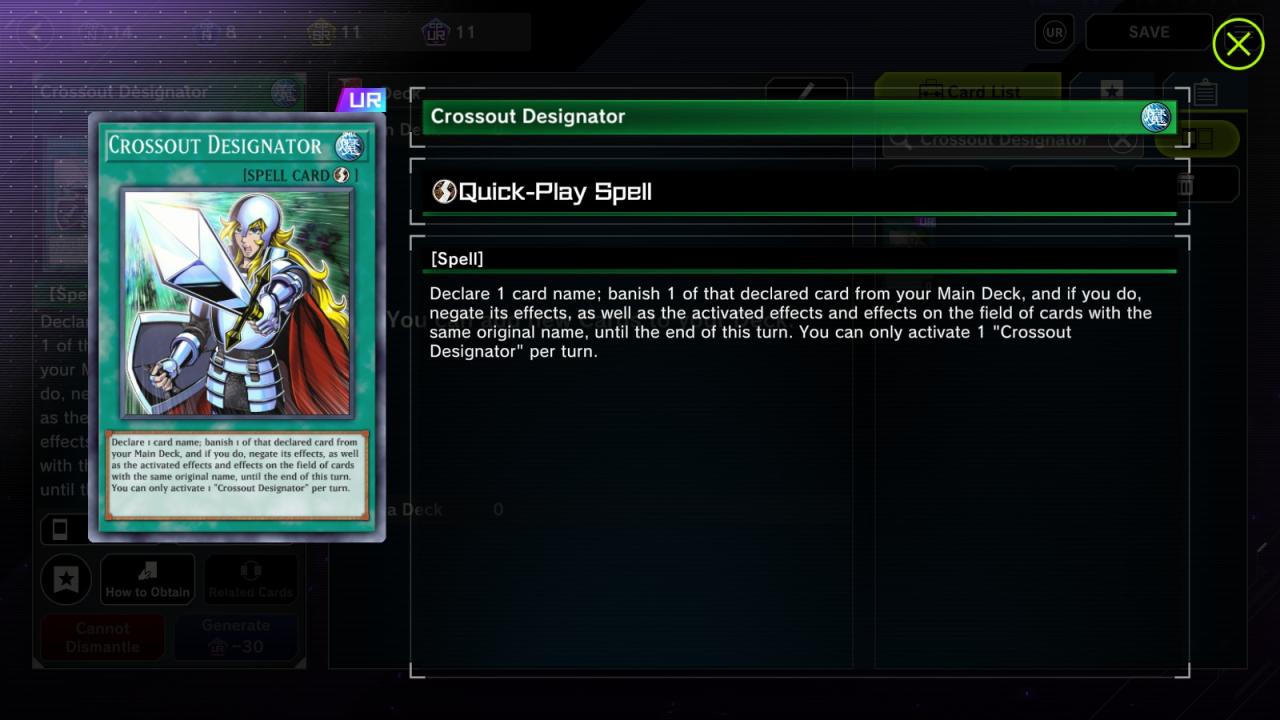 A retrain of Nobleman Of Crossout, Crossout Designator is one of the most important cards to make sure your plays don’t get interrupted by a plethora of Hand Traps. So long as you have the card being used in your deck, you can negate that effect.

Since you’ll likely have multiple Hand Traps in your deck, it’s rare for Crossout Designator to not be able to negate any relevant card. Crossout Designator is useful for any Combo Deck to have, but even Control Decks can make solid use of it, making it a very good card to craft right away. 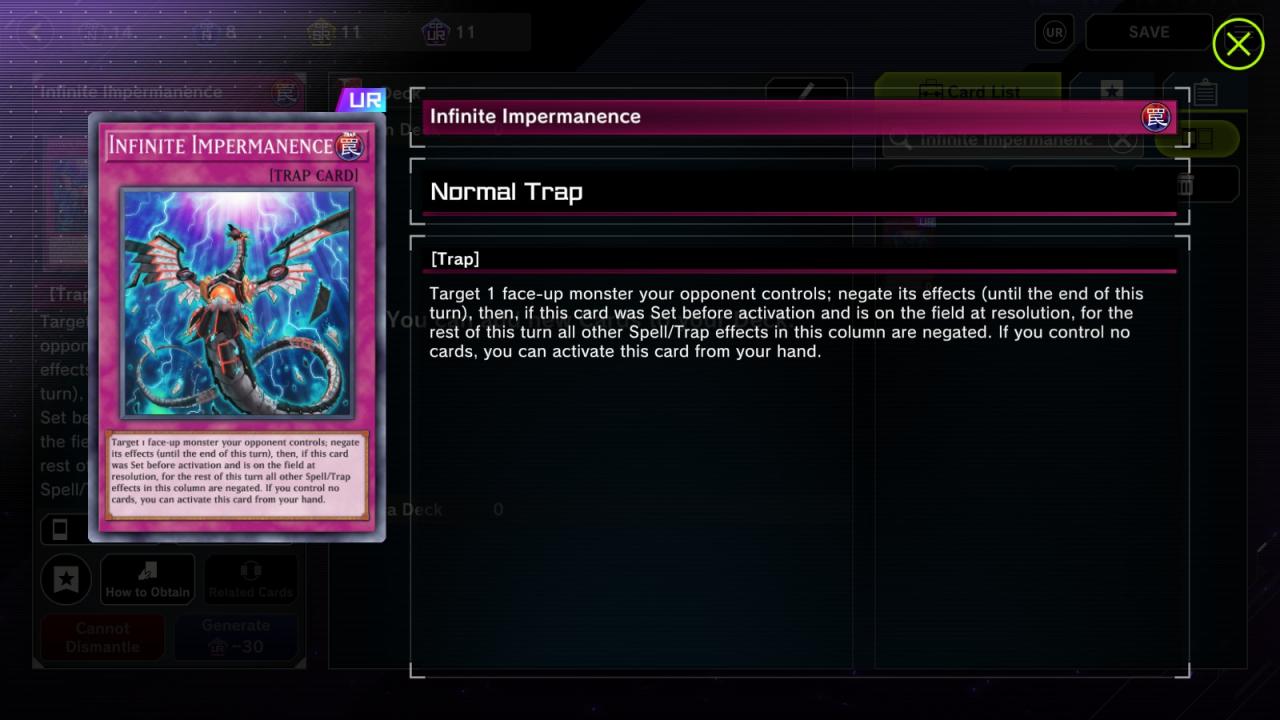 If it’s Set before you activate it, it will even permanently negate any Spell or Trap card that gets activated in that column for the rest of the turn. Infinite Impermanence is one of the most versatile Hand Traps in the game, and every single deck benefits from running it. 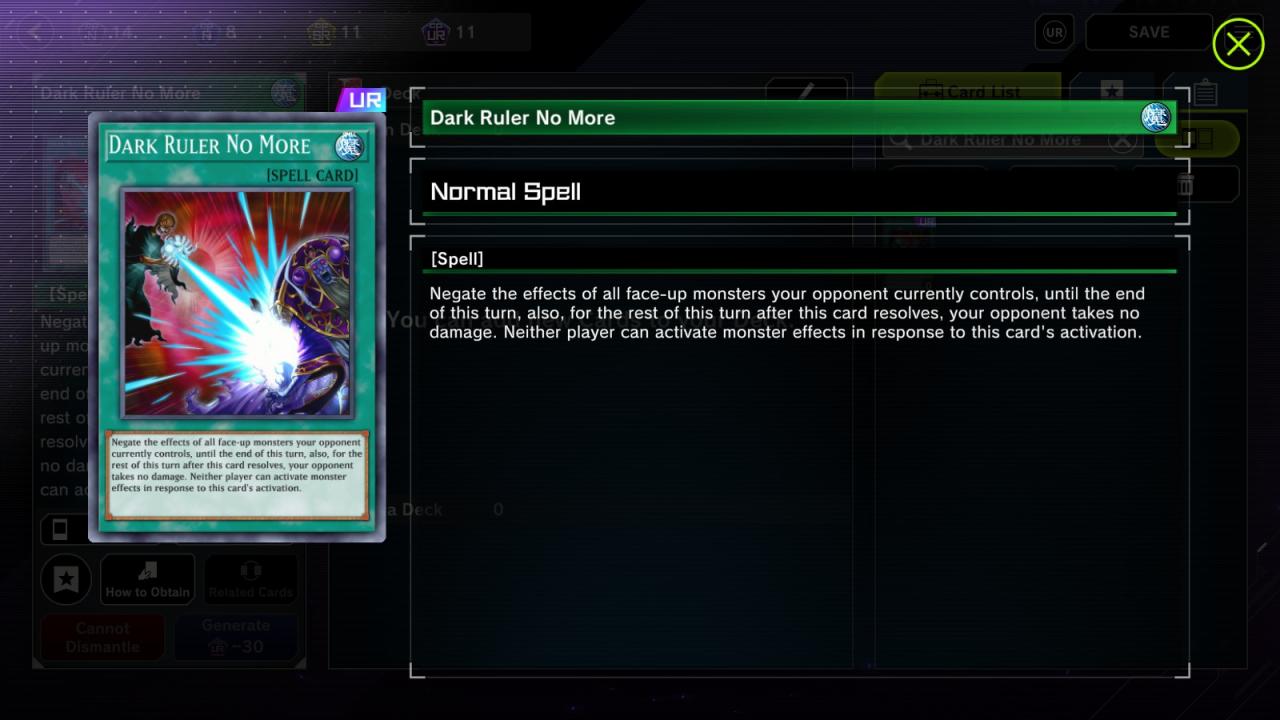 Dark Ruler No More is one of the strongest punishes to Combo Decks that set up a giant board of Monsters. Unless the opponent is running specific backrow that can negate, oftentimes Dark Ruler No More can’t be responded to as it prevents the Monster effect from being used.

While it does make the opponent take half damage, the fact it shuts down all the Monsters on their field is what makes it so powerful. When their whole field is gone, the game will basically be over even if they still have a few Life Points left.

3. Nibiru, The Primal Being 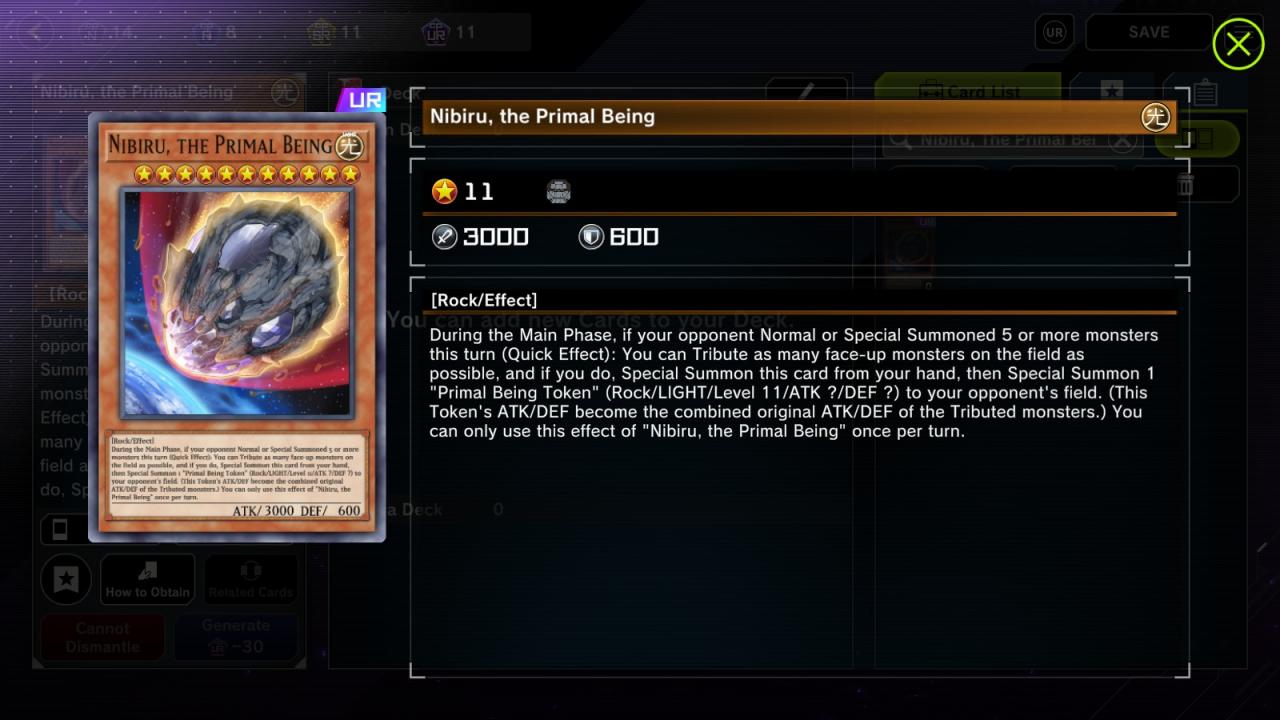 Nibiru, The Primal Being became one of the faces of anti-Combo Deck cards on release. It severely punishes decks that summon multiple times in one turn, as after five summons it can be used. When activated, all Monsters the opponent’s control are tributed, getting around any kind of protection they may have.

You even get a rather high stat Monster on your own field, allowing you to use it for Links or even just a high Attack body. While the Token tends to have high stats, so long as your deck can easily take care of it (and most can), this is not a big issue. 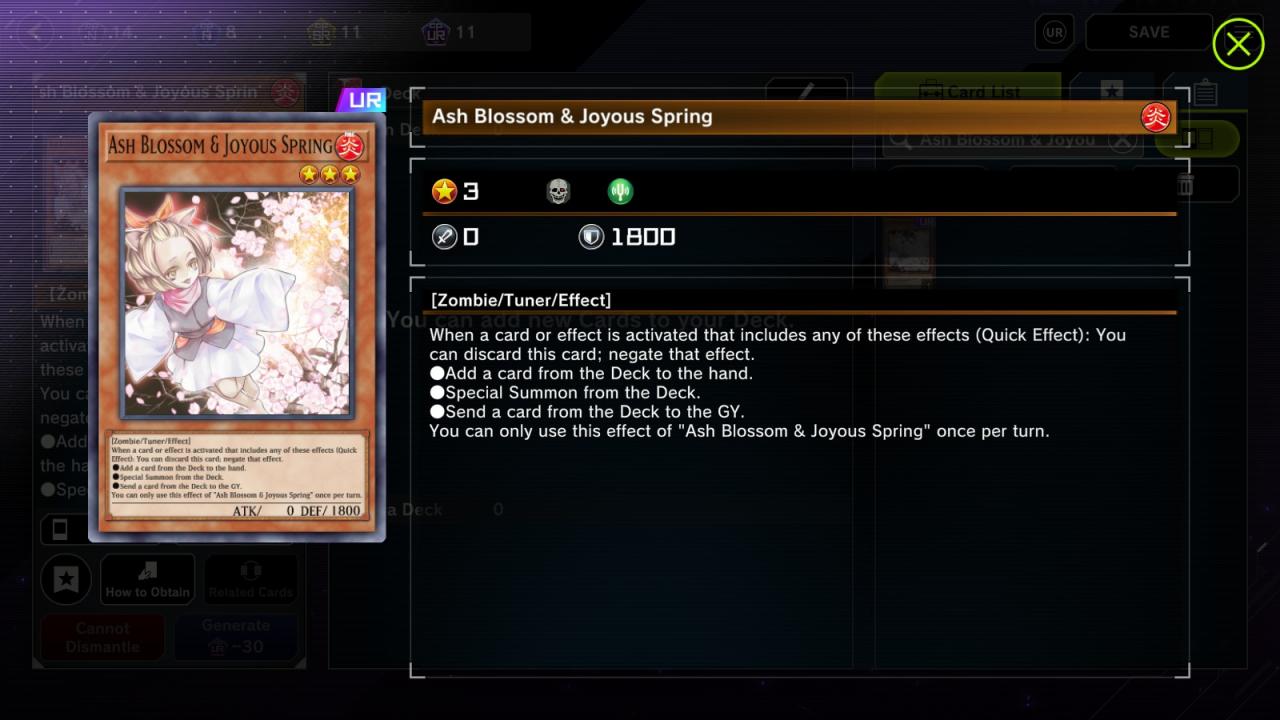 It even counters other Hand Traps, most notably the high played Maxx “C.” In Master Duel, due to the card pool, Ash Blossom & Joyous Spring is an auto-included card in practically every deck — Combo and Control alike. 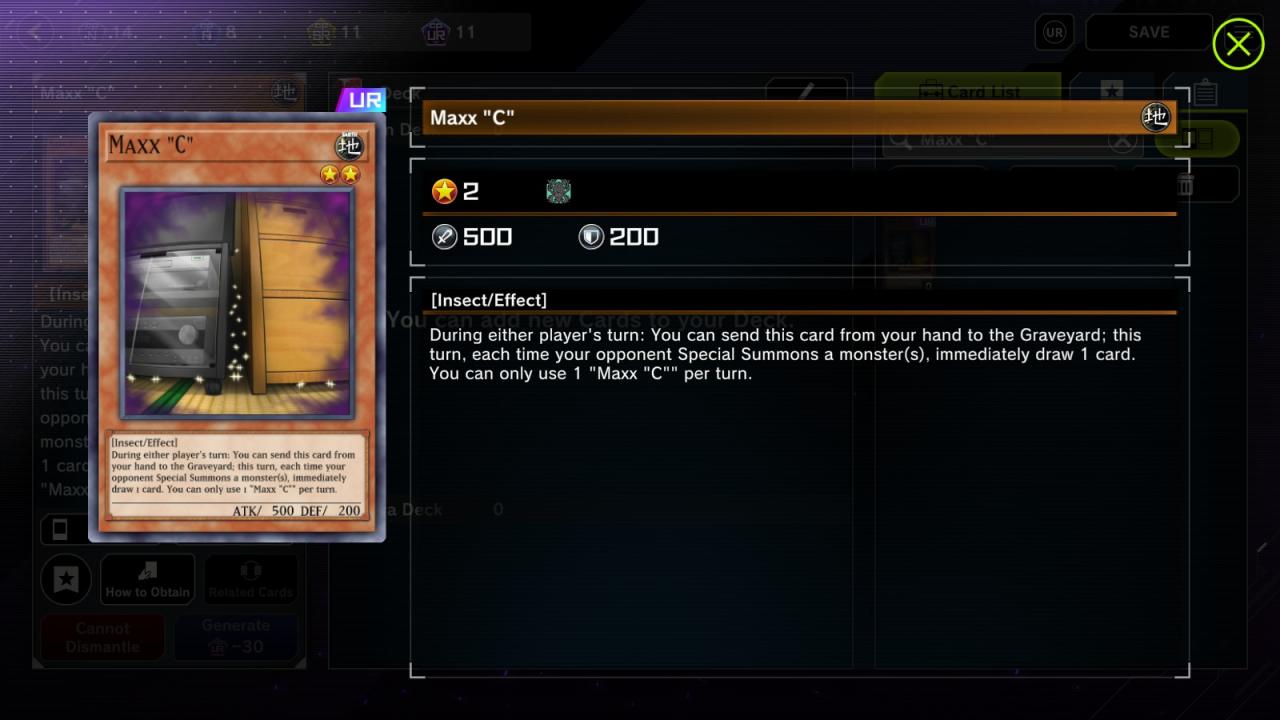 While TCG players haven’t had to worry about Maxx “C” for quite some time, the same can’t be said for OCG players, which is the banlist that Master Duel uses. As such, players have access to three copies of Maxx “C,” and every single deck wants to run a full playset of it.

Drawing is powerful in Yu-Gi-Oh!, and against Combo Decks you can draw well over five cards in one turn. It lets you draw into ways to break your opponent’s board and the cards to set up your own field. Maxx “C” is one of the most powerful cards ever printed, and it should be the first thing any Master Duel player crafts.