A collection of my notes and experience for successful zombie slaying

When clearing new missions for the first time, make sure you have at least one free crate slot. Each new mission clear gives you an instant open crate that even if you get multiple crates as a reward, it will just give you the instant crate to open so you can continue this streak of rewards.

To fuse weapons, they need to first be max level. The rarity of weapons does not matter when combining them, so save a few common 2-Stars and 3-Stars, and I would save ALL 4-Star and above weapons you may obtain. 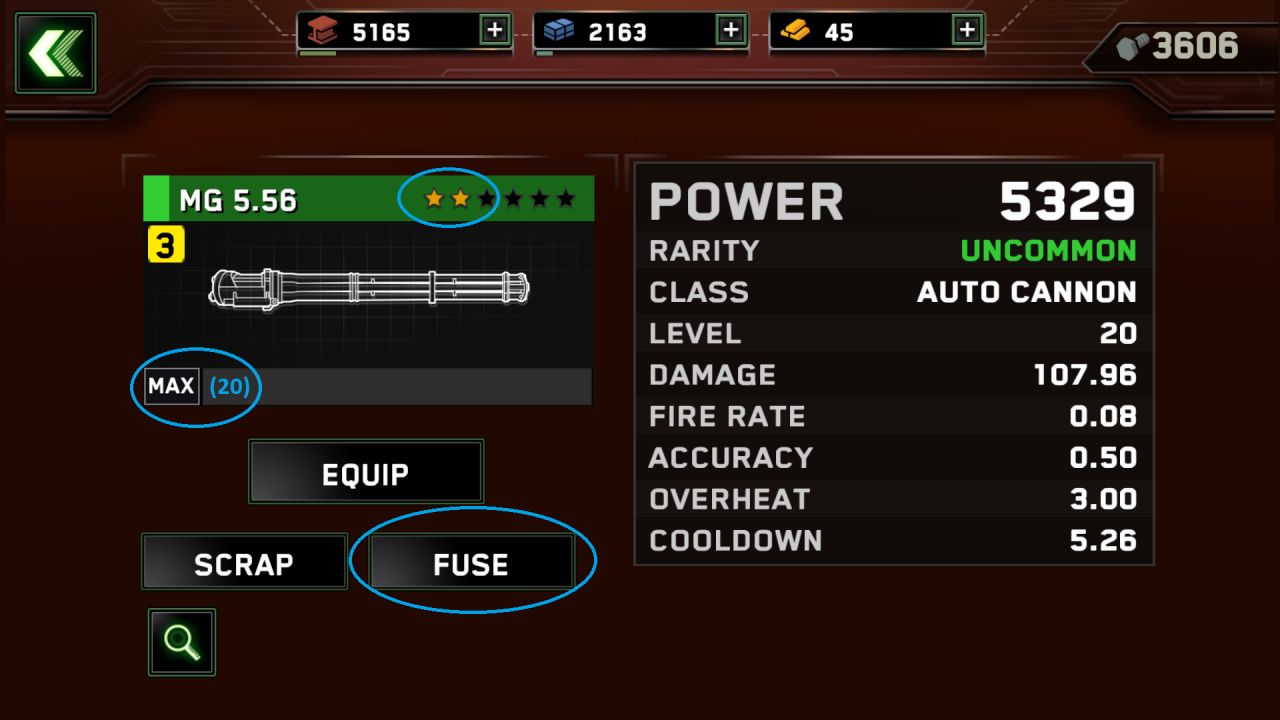 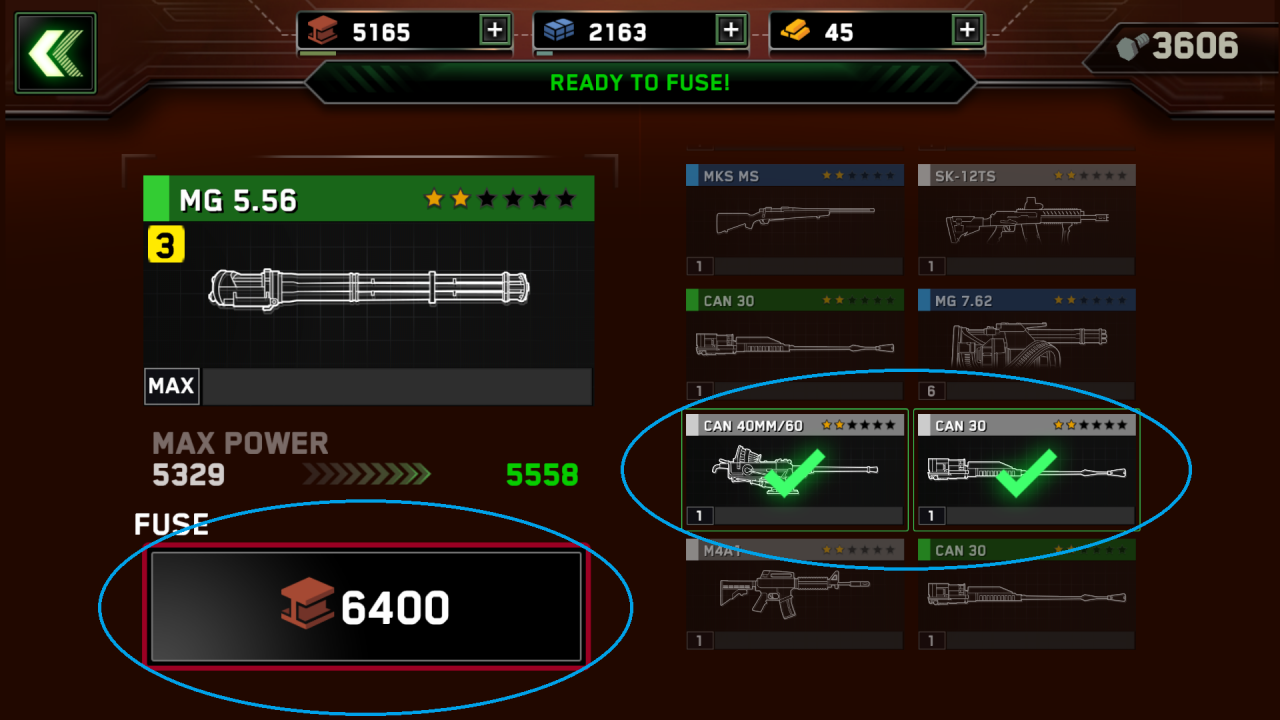 Autocannons – One of the two guns with unlimited ammo, these will be your go to for a majority of the game. They overheat pretty quickly and lose accuracy with heat, so it’s best to fire volleys up to half of the overheat bar then let it cool down.

Cannons – High damage, small blast radius. Blows up most buildings in 1 – 2 shots. Limited to around 20 shots per mission.

Gunship Snipers – High damage and accuracy, and unlimited ammo – but really only good for taking out Titans, which for most missions don’t show up. Ineffective against buildings.

Rockets – Fires a volley of rockets in a small or wide area. The wide area rockets are pretty much a straight upgrade. Good for clearing hordes

Missiles – Fires a single missile that can be directed. I haven’t found these to be very useful yet.

Napalm – Just straight up broken, probably the single most effective weapon category in the game but exceedingly rare thus far. Burns a large radius for a few seconds.

/// So far I’ve been having great success with 2 Autocannons and 1 Napalm Cannon. The Napalm C1/A I got from one of the Hybrid event chests may be a static reward that everyone can get because it’s the only Napalm Cannon I’ve seen so far. 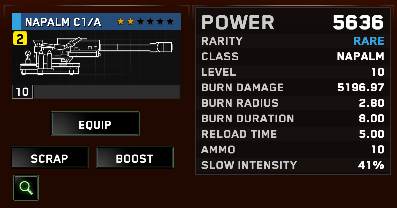 This Napalm Cannon does a chunk of damage intially then burns a large area for 8 seconds, nearly instantly killing any Shamblers, Impalers or Hellhounds that touch it, and enough damage to kill Titans caught in the fire. The fire also does NOT burn your troops making it extremely effective in a pinch. With all of this combined, It’s overpowered as hell compared to every other weapon and hasn’t even really required upgrades. 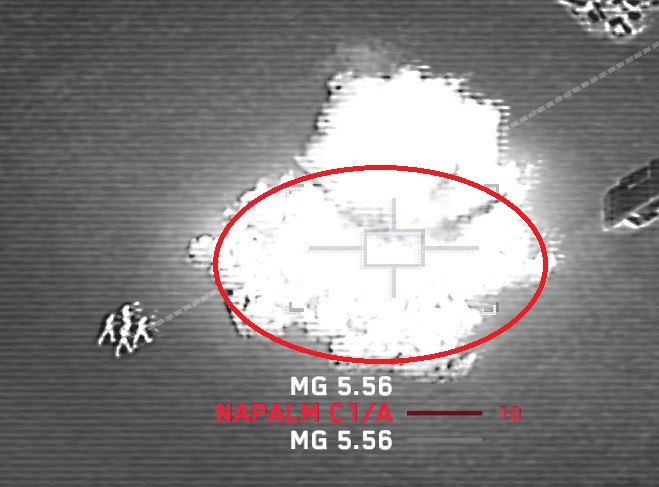 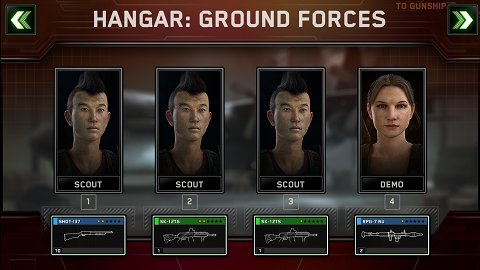 Shotguns – seem to be the best choice here. Troops have a delay before firing when acquiring new targets and shotguns appear to be the clear winner in terms of overall DPS, they will spash damage to zombies nearby and are very effective against clumps, which is what the situation will be if your troops are surrounded enough to need to fire.

Assault rifles – can only hit one target and their single target DPS does not make up for the time between shooting each target.

Snipers – I haven’t really tested, you should be managing the hordes enough to not need them. Again, single target damage is not that effective in this game and you want your troops looting, not shooting.

Rockets – good to have when you miss knocking down a building in the way of your troops, but don’t splash damage nearly as far as you’d expect to hordes.

/// The loadout I go with is 3 Shotgun troops and 1 Rocket Troop, 2 and 2 may prove to be more effective as building health increases in higher difficulties, but it’s been working great up until now.

A general note for challenges, you do not have to complete the mission for the kills to count towards progress. Do them on Easy to speed up how fast you get them done.

Kill Titans: THE DIVE
The Dive will send about 8-10 Titans at you